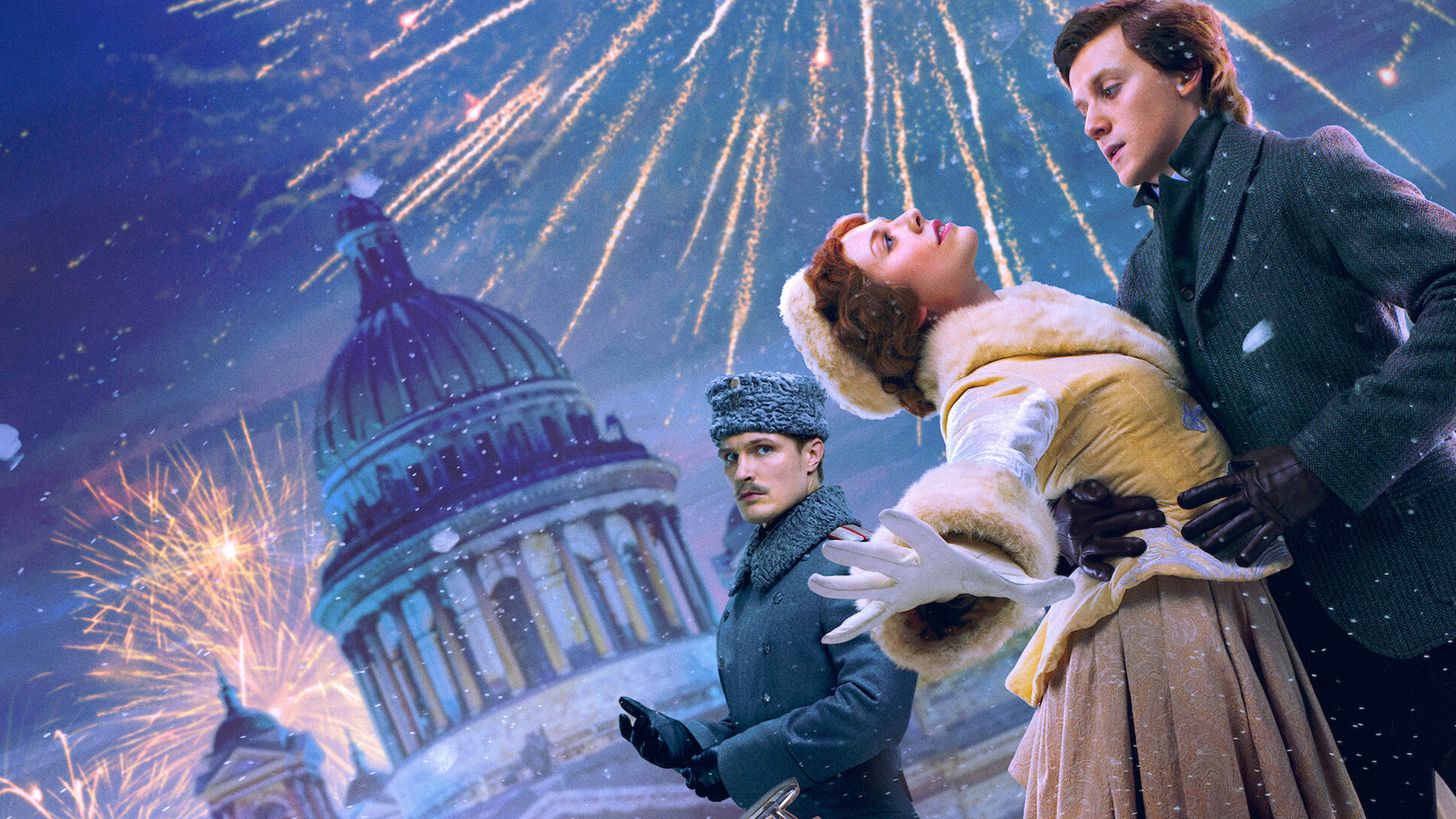 Michael Lockshin/Central Partnership, 2020
On May 5, 2021 (The movie will be translated into foreign languages by June 16, 2021 - ed), the Russian New Year historical melodrama ‘Silver Skates’ was released under the Netflix Originals brand. But it’s worth watching any time of year. Here’s why. 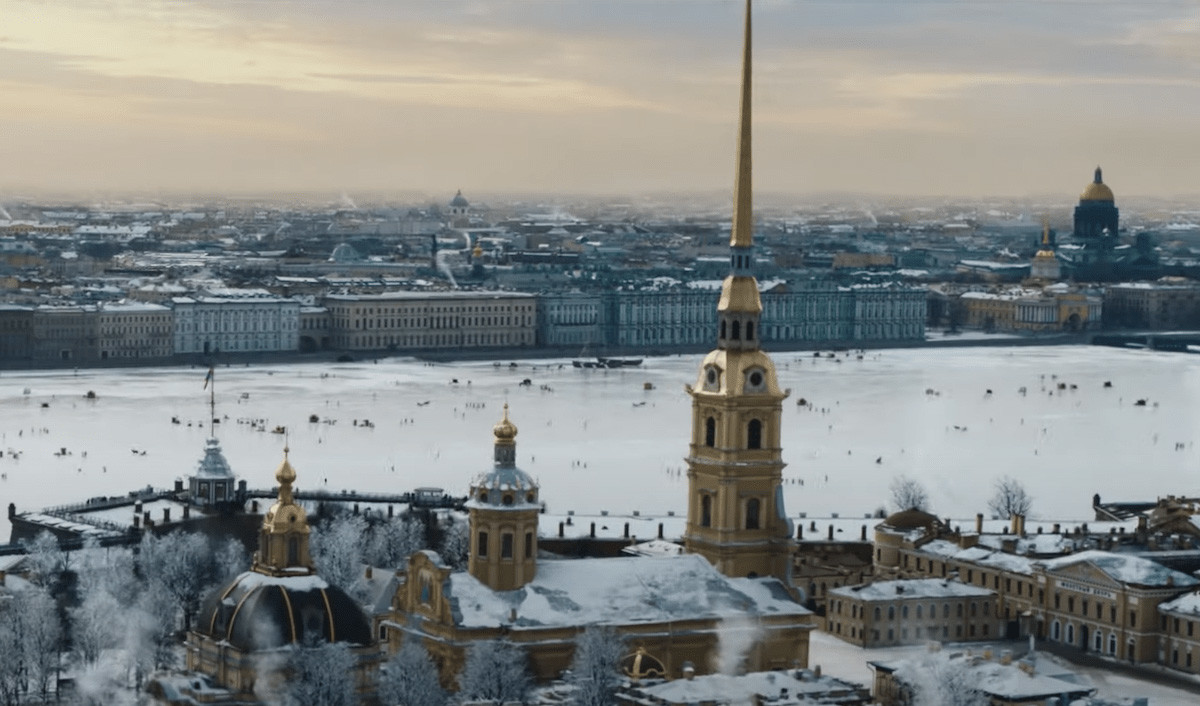 Main character Matvey, a kind of UberEats courier from 1899, has to urgently deliver a pie to the house of an aristocratic family. Instead of a fancy electric scooter, the young guy has a pair of silver skates inherited from his father, a lamplighter. Matvey leaves the ostentatious pastry shop with gilded columns, deftly grabs on to a passing carriage, jumps from it cat-like onto the frozen Neva River and rushes to the client.

From that moment on, the viewer is immersed in the wintry beauty of St. Petersburg, which never lets up throughout the movie. There is the Christmas market on the Neva ice, St. Petersburg’s bridges are decorated with garlands and every turn reveals majestic historical buildings, churches and cathedrals, their roofs being slowly covered under a blanket of snow. 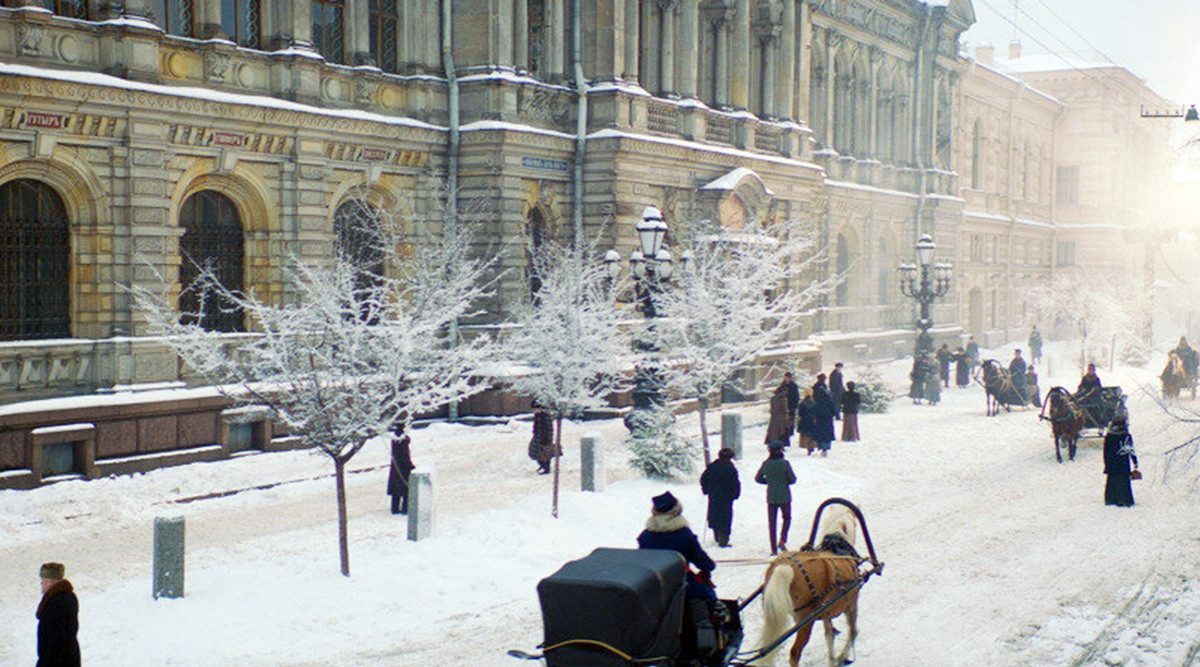 Every shot of the architecture and interiors of the genuine Gatchina, Mramorny and Sheremetev palaces makes you want to press pause so as to linger as long as possible in this Disney-esque fairytale with a Russian flavor. 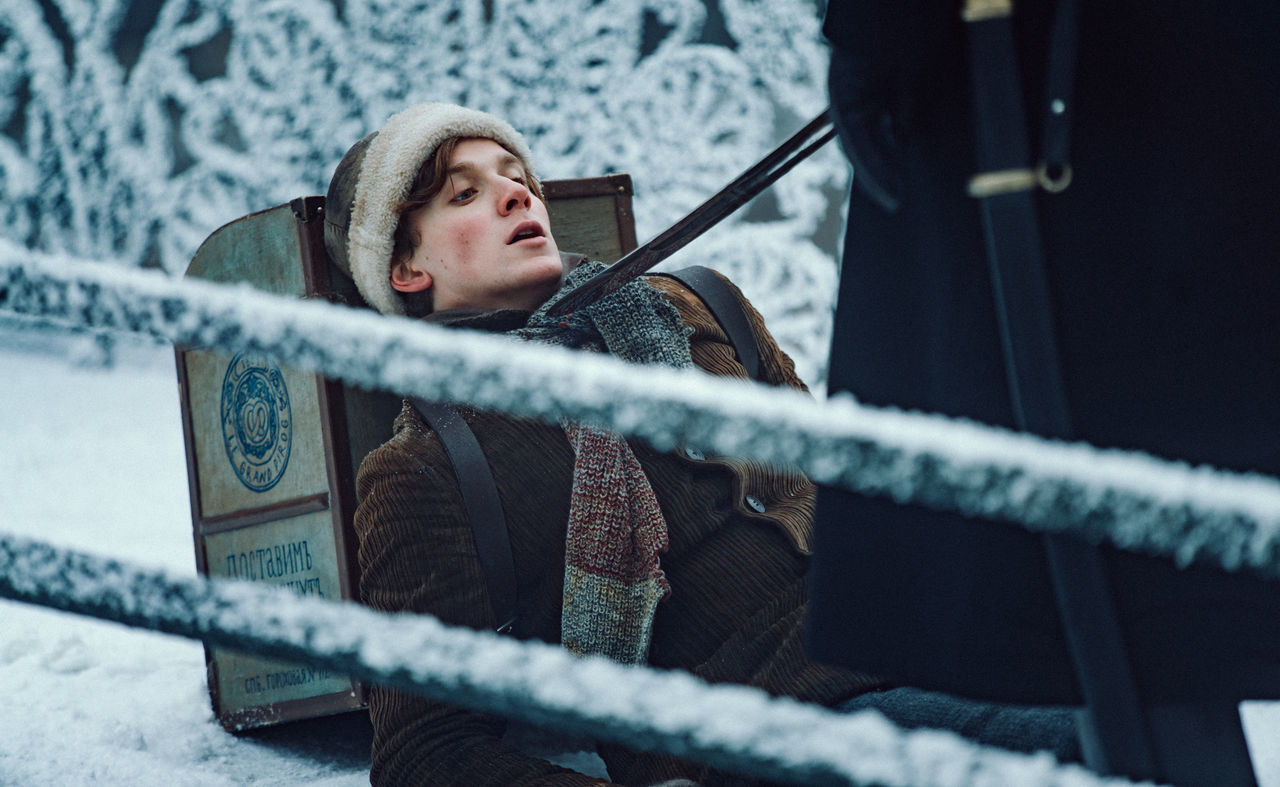 Through a stroke of bad luck, Matvey loses his job. Desperately in need of money (not for himself, but for his father, who requires surgery abroad), the young hero contacts a secret society of Marxists, who are calling for a change of government, at the same time as pick-pocketing wealthy citizens right there at the ice fair.

All the most interesting moments in the movie tend to take place on the ice, including the training, fighting, dancing and chase scenes. Each of the actors underwent a three-month skating course in preparation and Fyodor Fedotov, who plays Matvey, looks in his element on the ice thanks to his ice hockey past. 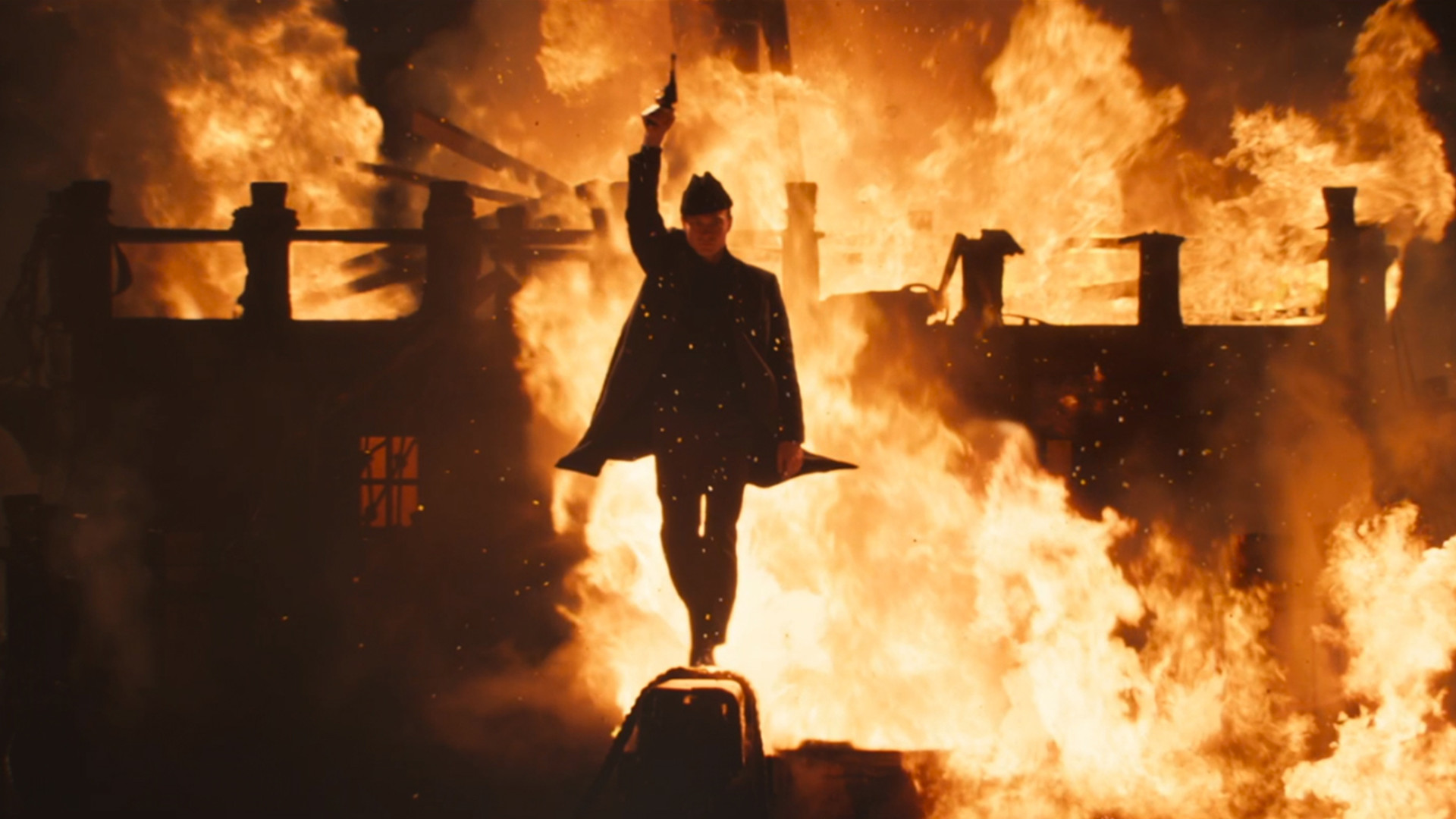 All the ice scenes were shot dynamically, with well-timed slo-mo enhancements during the chases and fights (think Guy Ritchie’s ‘Sherlock Holmes’), while the dances are straight out of a Disney fairytale. 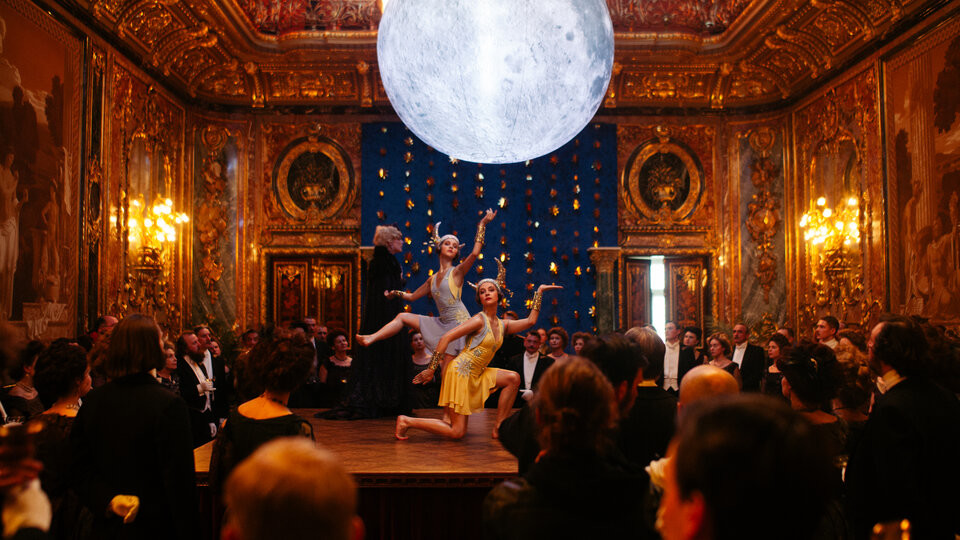 Life as a petty thief in the Marxist society leads Matvey to make the acquaintance of the young aristocrat Alisa, with whom he falls head over heels in love (not on the ice, fortunately). And, while the crooks can only afford simple gray coats and woolen sweaters, Alisa and her entourage flaunt luxurious lace dresses adorned with flowers and feathers, white fur coats, numerous hats (some very extravagant indeed), traditional Russian kokoshnik headdresses and blue military uniforms with gilded imperial coats of arms.

Many of the costumes were specially hand-sewn for the movie. Artistic director Galina Solodovnikova was inspired by the works of fashion designers who supplied outfits for the imperial court of Nicholas II, as well as by the collections of world-famous fashion houses, such as Dior, Alexander McQueen and Yves Saint Laurent, according to Vogue Russia. 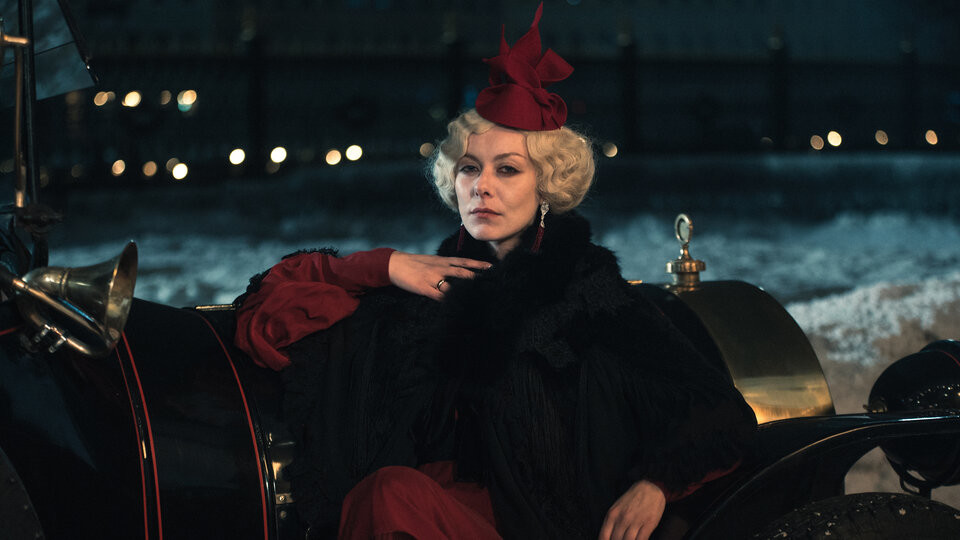 “The task was to create a stylization that today would be perceived as the epitome of luxury and sophistication,” Solodovnikova told the magazine.

In making the costumes, clearly neither the designers, nor the filmmakers were aiming for absolute historical accuracy. As a result, the robes appear more like a la russé masquerade costumes (more about that below), but in the context of the general mood of the picture, they feel appropriate. 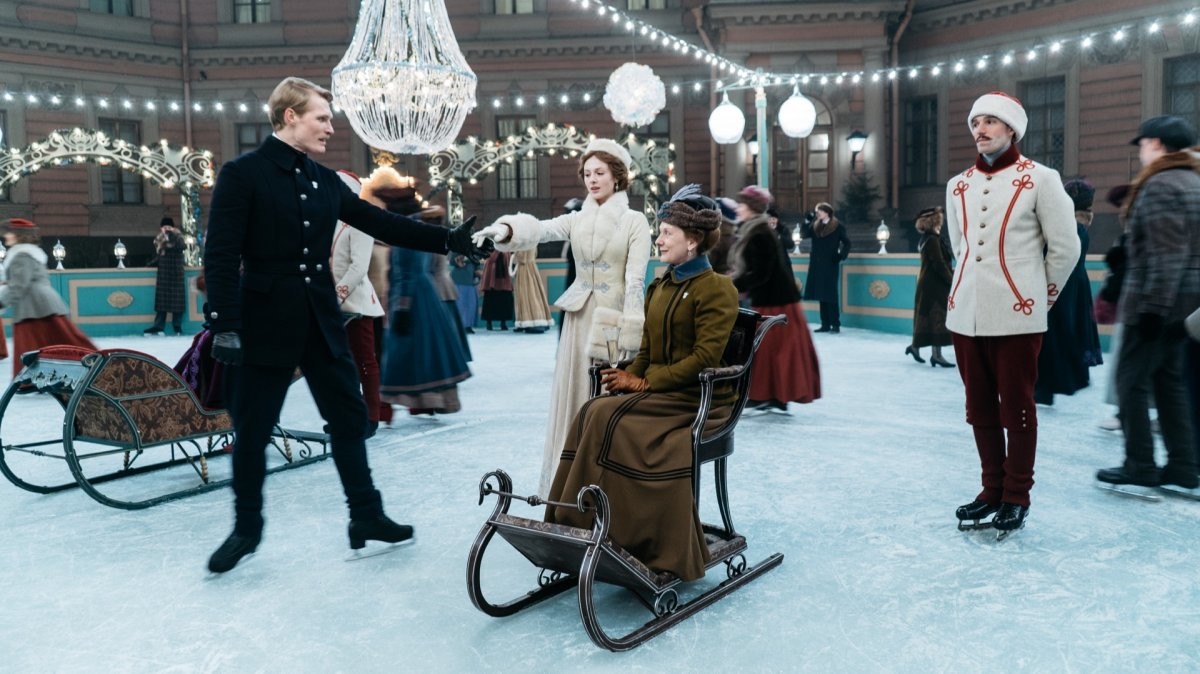 Although ‘Silver Skates’ is primarily a romping romcom in a make-believe world, the filmmakers accurately conveyed some real elements of pre-revolutionary Russia.

For example, ice skating was indeed one of the most popular forms of entertainment for the gilded youth of the day; aristocrats frequented the ice rink at the Tauride Garden and ordinary Petersburgers - the ice rink in the Yusupov Garden, according to history professor Tatiana Volodina, speaking to the Okko online movie platform. On the ice in the Yusupov Garden, balls, masquerades and other festivities were often held. And in the 1860-70s, a figure skating school was opened there, which produced Russia’s first figure skating Olympic champion, Nikolai Panin-Kolomenkin. 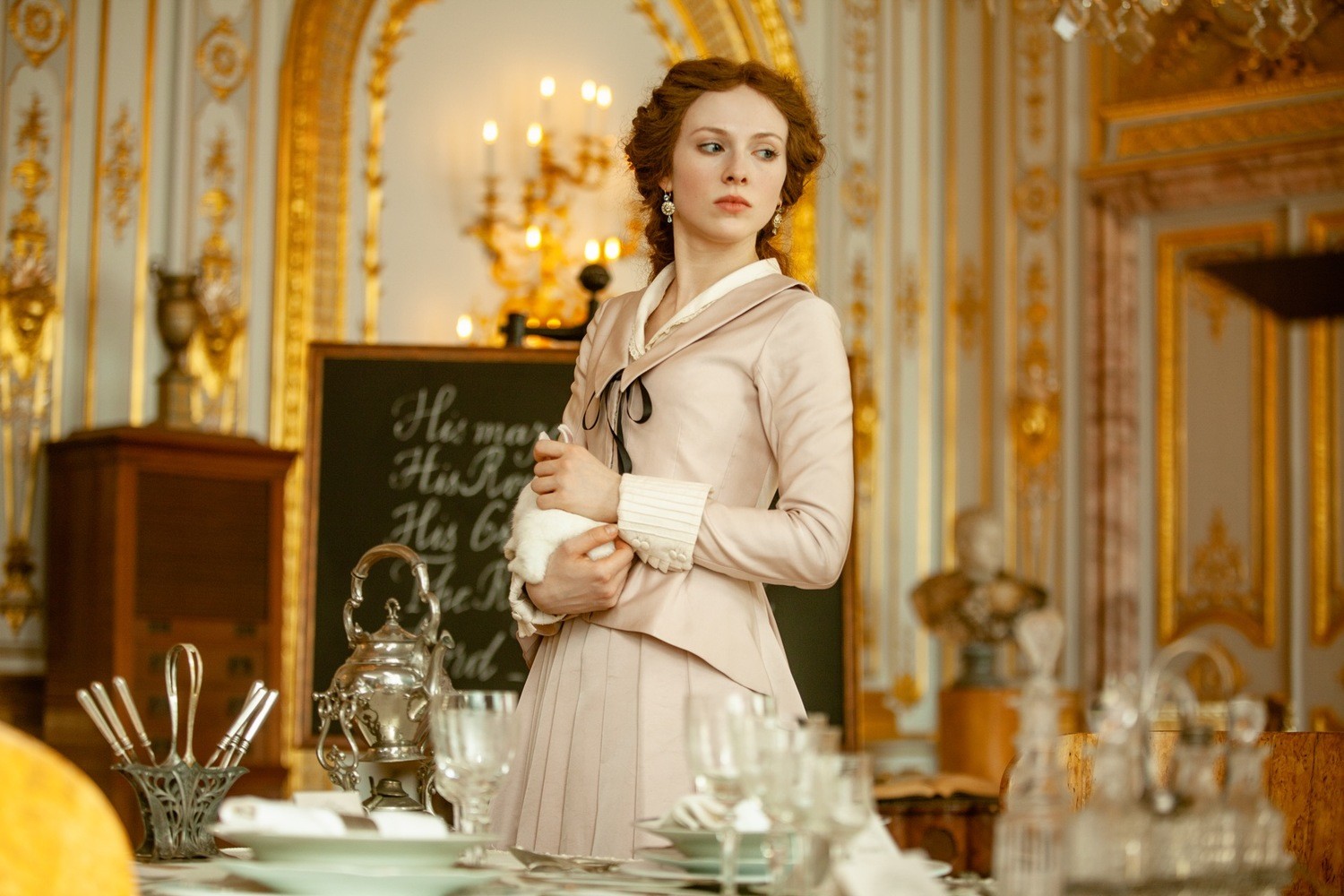 As mentioned, the father of the film’s protagonist works as a lamplighter, filling city lanterns with kerosene and then extinguishing them. It was a tough job - one person had to serve 50 lanterns per day. Electric lighting back then was highly exotic and it took a while for ordinary people to take to it. In the movie, for instance, Alisa’s servant is more comfortable sitting by candlelight.

Higher education for women, which Alisa dreams of, existed in St. Petersburg in those days. But in reality, enrollment at the Bestuzhev Courses, as the institution was known, was not possible without the permission of a woman’s husband or guardian. Incidentally, the movie features several scenes with the great Russian chemist Dmitry Mendeleev, who did indeed lecture there. 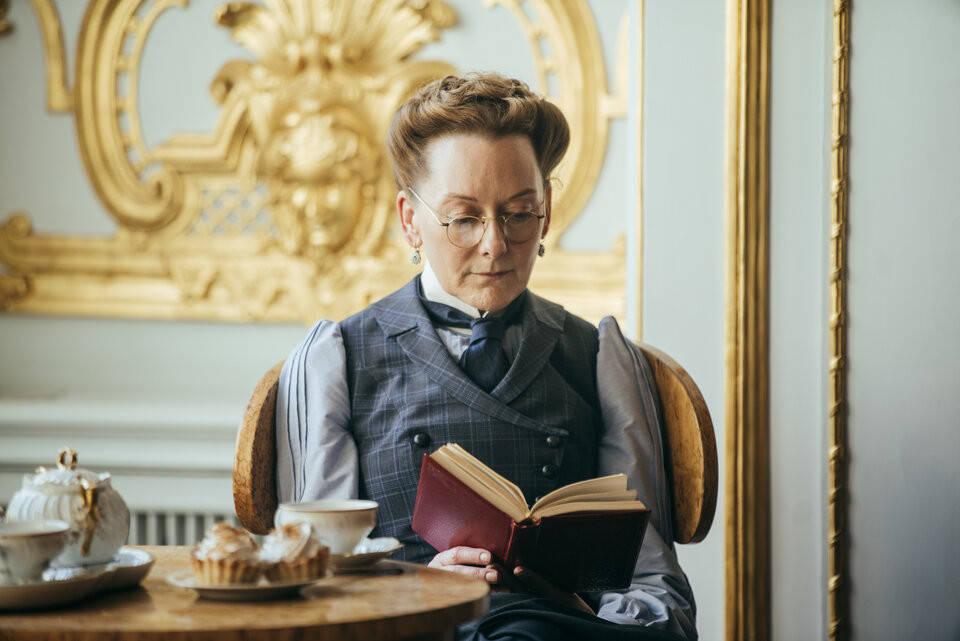 Returning to the topic of à la Russe-style balls, the most vivid and memorable took place in 1903 at the Winter Palace in St. Petersburg in honor of the 290th anniversary of the House of Romanov. Female guests donned the costumes of 17th-century noblewomen, sarafans and kokoshniks of peasant women, while the men dressed up as archers and falconers. The ball featured only Russian folk dances, which the guests had learned in advance.

5. A romantic tale with a socio-political subtext 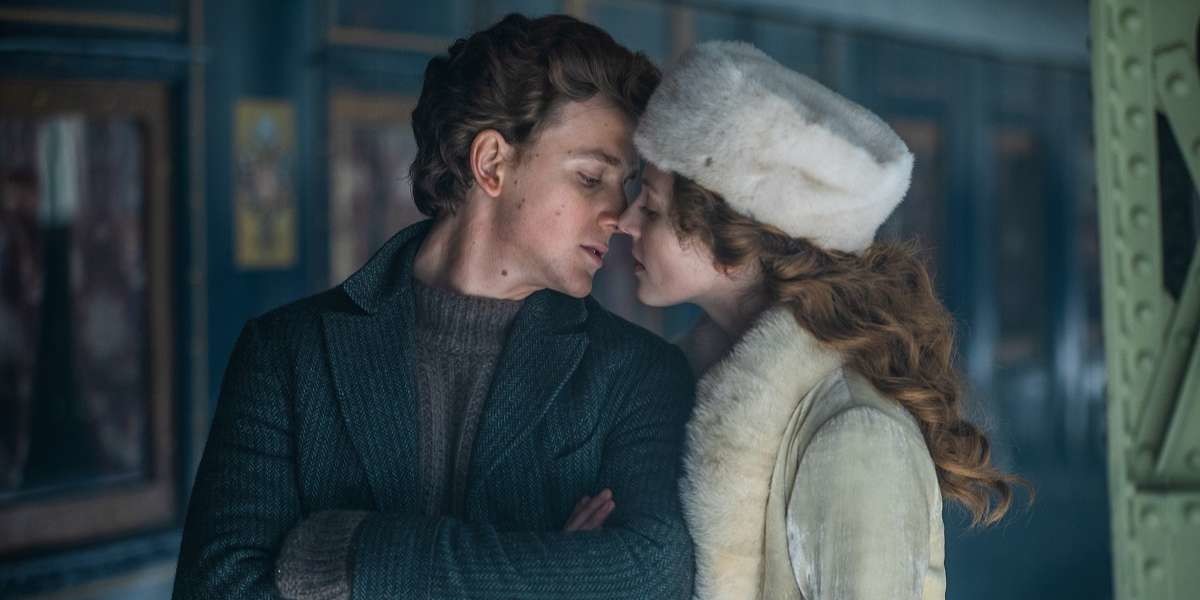 Around the midpoint of the movie, the viewer realizes that ‘Silver Skates’ is not just a New Year fairytale.

Matvey is a poor, disenfranchised courier, who gets cheated at work, such that his only way to earn a crust is to do tasks for a group of revolutionary thieves.

The image of Alisa raises the issues of feminism and equality. The whole of society drums it into her that a woman does not need education, that the only “female happiness” is marriage. Meanwhile, other female characters believe in magic and psychics, demonstrating deep-set ignorance. 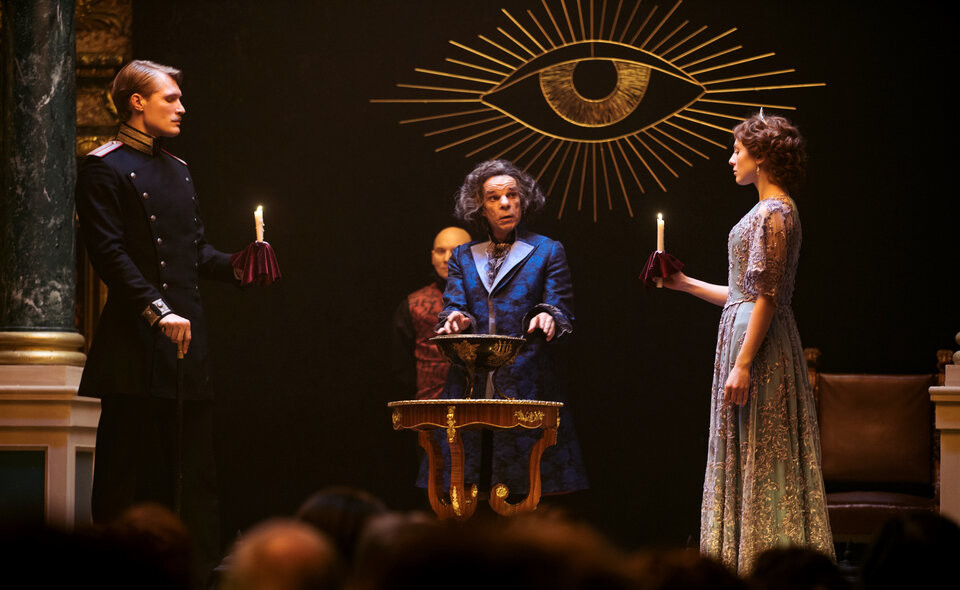 The pre-revolutionary Russia depicted in ‘Silver Skates’ is infused with deference and servility — the rich have entire streets closed off for them; icicles are removed entirely from buildings if just one falls on the head of the mayor or other bigwig. Officials run corrupt schemes under the pretext of producing goods, burn unwanted books and present the country’s ruin as a virtue: “Potholes are our strategic advantage over our Western partners.” Viewers who follow Russian news will readily spot the satirical nod to today’s Russia.

And the parallels don’t end there. As the class division becomes more pronounced and the street rioting more violent, officials propose arming the police with truncheons, instead of ceremonial sabers. One of the main characters, Prince Trubetskoy, earmarked as Alisa’s husband, happens to be a cruel officer in the secret service, whose only real passions are power and money. In one scene, he claims that people should fear a “policeman with a saber”, and in another he confidently asserts: “You will find it hard to believe, but I am a liberal” (which, in modern Russia, has become almost synonymous with “oppositionist”). 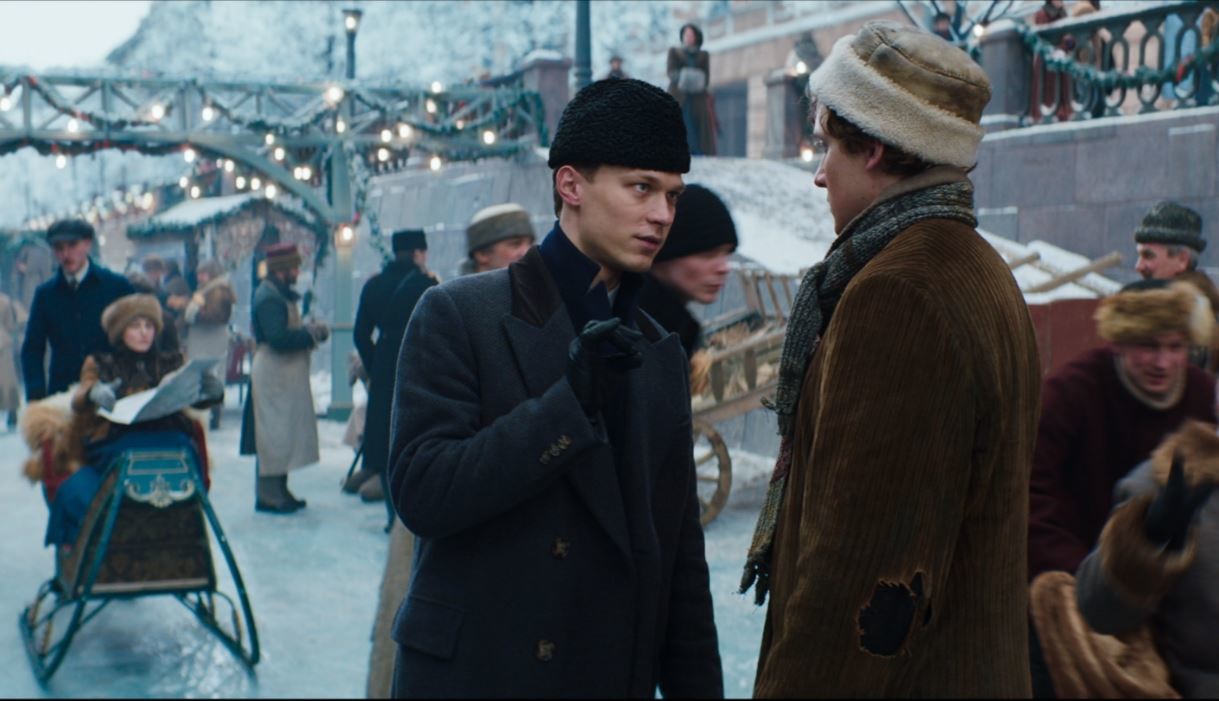 ‘Silver Skates’ pays a certain homage to epics like Titanic, only the class divide and socio-political problems are viewed through the lens of pre-revolutionary Russia. The movie will appeal to both romcom fans, as well as history buffs and those who enjoy stories about the triumph of freedom over cruelty.