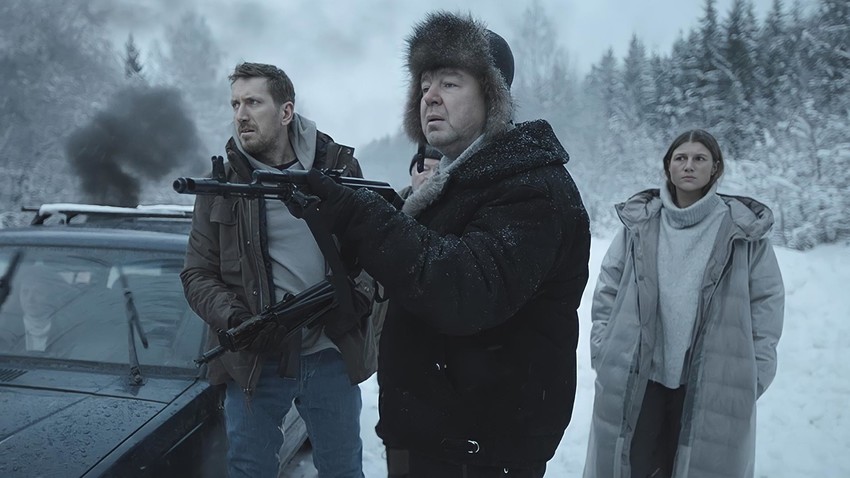 Pavel Kostomarov/Premier Studios, 2019
Еverything you need to know about the baddest Russian guns of the hit TV Show.

The Russian-made ‘To The Lake’ TV show became one of Netflix’s most streamed TV shows just a week later after its premier on the streaming platform.

It’s a post-apocalyptic drama about families in Russia risking their lives as a fast-spreading deadly virus is on the verge of breaking down society.

The show also features a number of rare Soviet and Russian-made AKs that you don’t often see on a TV screen. 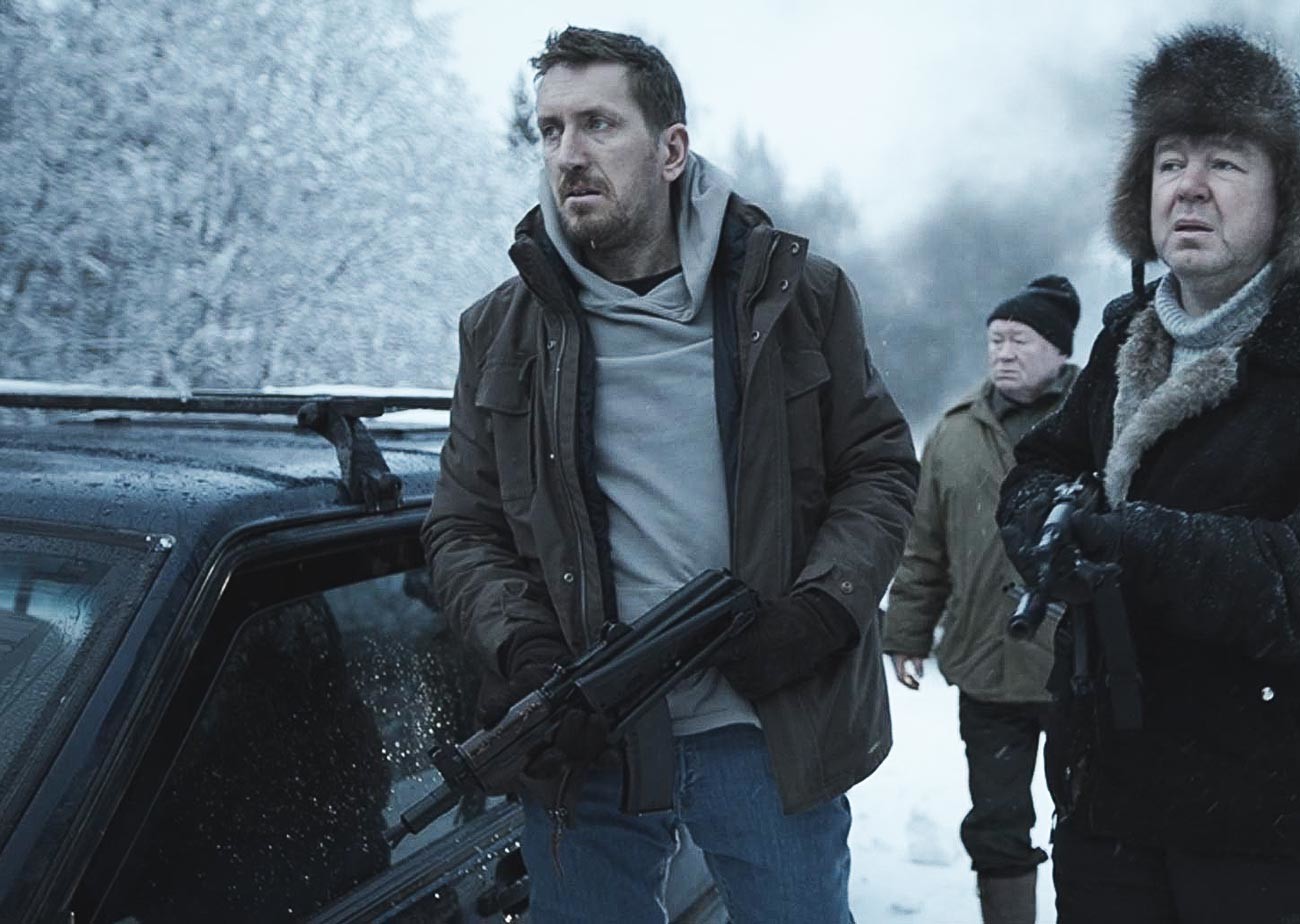 This is a compact version of the AK-74M that became the weapon-of-choice of the main character and his former wife. We know little of how the heroes obtained a fully-automatic version of a compact Spec Ops assault rifle, but for sure, they have a pretty darn good taste in rifles.

The weapon first appeared in the Soviet military in the late 70s. It has a barrel and a shortened gas piston that are two times shorter compared to the AK-74M. Engineers shorted the twists inside of its barrel from 200 up to 160 mm, in order to stabilise a bullet during flight to its target. However, due to the shortened fore grip, it’s impossible to install a grenade launcher on the bottom of an AKS-74U.

All of its other mechanisms are identical to an AK-74M, with the exception of the trigger turn limiter installed instead of the rate of fire retarder.

The AKS-74U is chambered with powerful 5,45x39 mm rounds, thus making it way more powerful compared to the vast majority of submachine guns. It’s very reliable and easy to clean and maintain.

All of these factors make it a great weapon-of-choice for the characters.

The ‘Saiga’ series of rifles is based on the AK weapon system. The series was developed for those who wanted the reliability of an AK pattern rifle in a non-military package.

Basically, the assault rifle used by the characters is an AK-74M, but only firing in semi-auto. This assault rifle earned its fame for its durability, accompanied by reliability and tactical capabilities. This AK modification fixed a number of AK-47 cartridge disadvantages, such as accuracy and range. You can find out why the USSR dropped the most powerful cartridge for the 7.62 x 39 mm Kalashnikov AKM here.

So, the AK-74M - or Saiga - the main character uses is chambered with 5,45x39 mm rounds. It’s originally used for hunting and at shooting ranges in Russia. As could be seen on screen, the main character mainly uses it as a showpiece at home, as he previously had no experience in firing or holding the weapon.

The AK-74M is a lighter version of an AK-47 or an AKM. It’s mainly created out of polymer materials, instead of wooden parts of previous AK models. The new weapon also received a muzzle break to decrease the weapon recoil and weapon’s ‘tossing' upwards after firing.

As for today, Saigas chambered with 5,45x39 mm can be found in hunters’ arsenals all around Russia and is one of the most favourite weapons in the country, due to its price (around $500) and the high reliability of AK models. 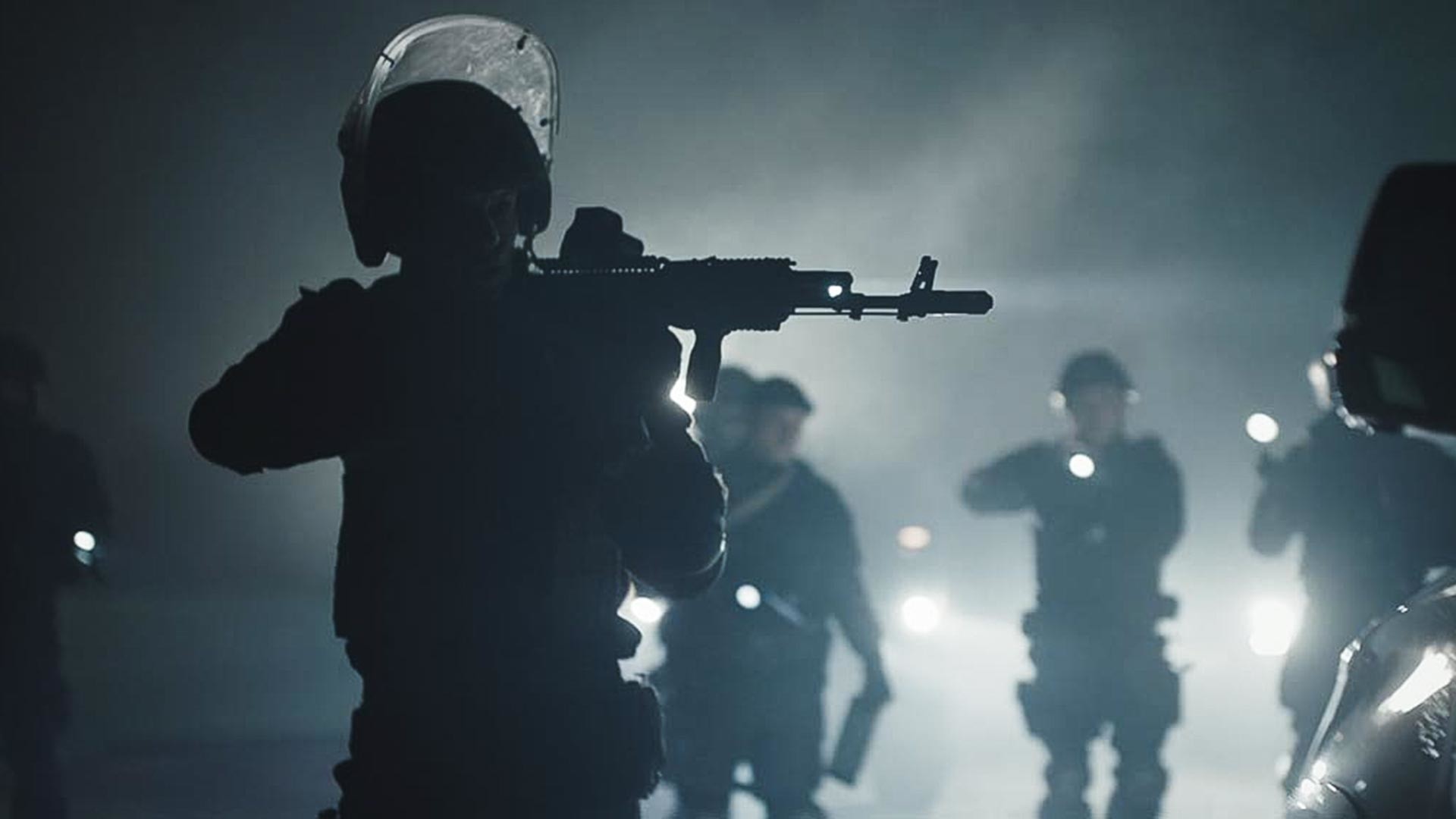 It’s funny, but the AK-12, the most bad-ass assault rifle of modern Russia, is used by the baddest guys in the series - by private military company soldiers, who raid rich people’s houses in the first two episodes.

The AK-12 increases the classic AK rifle’s ergonomics and accuracy, while saving the reliability of the system.

It received a new retractable side-folding shoulder stock that can be suited for any user’s anthropometry. You can adjust the weapon to any circumstances - even while wearing body-armor, crawling through mud or grass in a field, forest or on a shooting range.

AK-12 also has a new pistol grip that holds all the instruments required for complete disablement of a rifle.

Yet, the rifle is still compatible with magazines from the AK-74, RPK-74 and even the 96-round drum mag from the new RPK-16 machine gun.

You can also notice Picatinny Rails on the top and bottom of the rifle. This feature allowed the bad guys to install various scopes, red dots, optics and flashlights.

Moving forward to the tip of the rifle, you can find an army-style muzzle brake for smashing windows and cutting barbed wire.

Also worth mentioning, the action system of an AK-12 remains the classic one - it’s a gas-operated long stroke gas piston with a rotating bolt.