World’s longest range sniper rifle to be unveiled in 2020 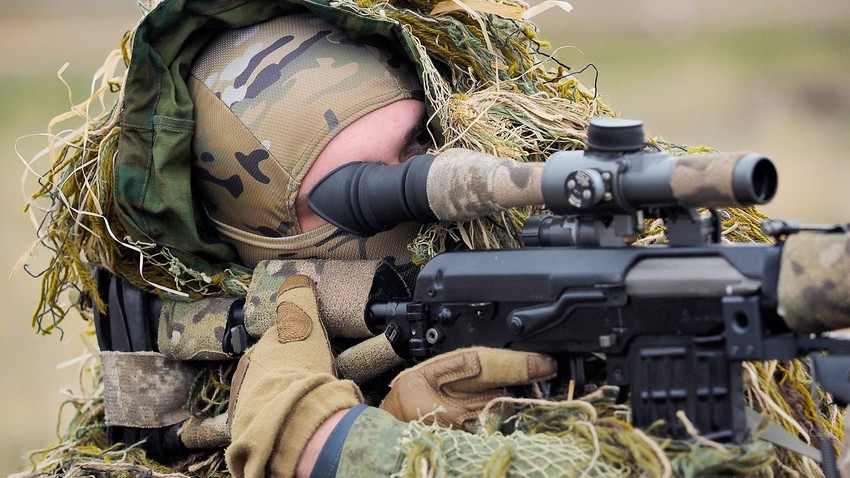 Dmitry Rogulin/TASS
DXL-5 ‘Havoc’ is said to be the first sniper rifle in the world capable of eliminating targets 7 kilometers (4.35 miles) away.

“We’re working on the ‘DXL-5 Havoc’ project in full swing. We are currently processing the remaining parts of the rifle and are scheduled for shooting tests in November,” says Vladislav Lobaev, the owner of Lobaev Arms.

He claims the new rifle will be “revolutionary” and will be built with four different cartridge variations.

The muzzle velocity is expected to be at least from 4 to 5 Mach (ie. 4 or 5 times faster than the speed of sound). This means that bullets will fly out of the rifle with a speed of 1,200-1,500 meters per second. One of these cartridges will give the rifle the accuracy of around 70 MOA (Minute of Angle) for 3,000-meter (3,280 yd) targets, Lobaev says.

To put it simply and translate sniper terminology into common language, rifle capabilities allow even an amateur shooter to easily hit targets many kilometers away from them. Previously, it took years of professional training to teach a person to hit far away targets. For example, in mid-2017, it was reported that an unnamed Canadian special forces soldier, based in Iraq, had set a new record hitting a target 3,540 meters (3,871 yd) away.

“Our calculations suggest that we’ll be able to make our rifle even more precise with another calibre and achieve 55 MOA for targets at 3,000 meters (3,280 yd) away. If another cartridge can give us this extra flatness, that will be fantastic,” hopes DXL-5’s creator.

According to Lobaev, the main goal of the company is to make DXL-5 a comfortable weapon for any shooter, professional or amateur.

The company’s leading engineer Yuri Sinichkin says the DXL-5’s ammo surpasses characteristics of the world’s most powerful sniper rifle rounds - 12,7 x 99 mm and 12,7 x 108 mm (the ones used to take out light armored vehicles at distances of up to 2 km).

The company is developing a regular DXL-5 version together with an exclusive one, created to set world records. Lobaev Arms wants its exclusive modification to become the first on the planet capable of hitting targets 7,000 meters (7,655 yd) away. Read our special report on this DXL-5 specification.

“We will take a number of new caliber rifles to the range and figure out which one suits best for the record shot!” Sinichkin says.

The new rifle is Lobaev Arms’ own project - it’s not sponsored by the country’s Defense Ministry or the Rosguard forces.

According to Sinichkin, it will be clearer if it will be adopted by the Russian military forces and produced for Special Operation units after conducting the tests. The company is also eager to produce and sell the rifle internationally.