At the Army-2020 arms show in late August, Kalashnikov Concern unveiled the RPL-20 light machine gun in the same 5.45x39mm caliber as the AK-12 assault rifle. The new weapon is intended for elite units.

As stated by the company, the new machine gun is based on the RPK-16 light machine gun with modifications following test combat operations. Only a prototype machine gun has been created thus far, which is undergoing factory testing.

Before the RPL-20, Russia lacked a belt-fed machine gun chambered for the AK-74M and AK-12. The RPL-20 is a fundamentally new development, whose insides remain a corporate secret.

“There’s nothing to say about the innards of the RPL-20, it’s all hush-hush. Besides, the technology isn’t patented. So to make sure others don’t copy it and pass it off as their own, we’re not revealing what’s under the hood,” Vladimir Onokoi, head of the Federal Service for Military-Technical Cooperation, told Russia Beyond.

As a result, it is impossible to say at present whether a PK machine gun is lurking under the Kalashnikov frame, or whether it really is a completely new rifle.

Instead, let’s take a look at the exterior, which is set to make life easier for Spetsnaz commandos.

First, the new machine gun boasts a number of functional differences to its predecessor, including a new fabric belt box for 100 cartridges of 5.45x39 mm caliber. This is an important feature, since it effectively removes the limit on the amount of ammunition available before reloading. There is nothing to prevent the shooter from attaching a belt for 300, 500, or even 700 rounds, fed by a helper.

“The RPL-20 is 2.3 kg lighter than its direct competitor, the Belgian FN Minimi — the world’s best-known and lightest belt-fed machine gun. That’s a third of the weight of the machine gun with ammunition. It’s mind-blowing,” said Onokoi.

What’s more, the weapon has a double-sided fire control mechanism for right- and left-handers, new bipods, new sights, and a buttstock with an adjustable stand. 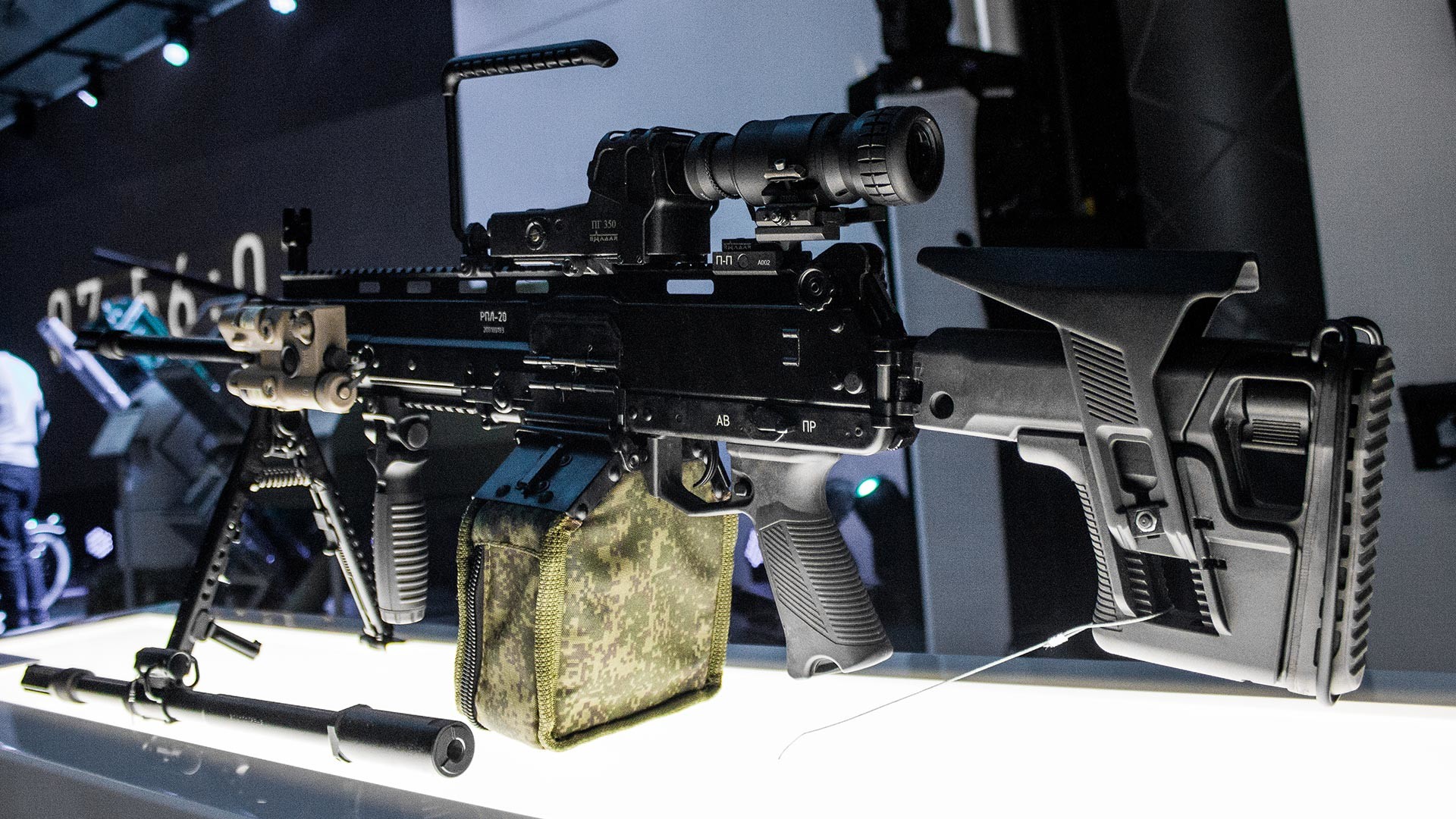 “The machine gun is likely to enter service with special forces and the army in its current form. The official tests and negotiations with the military are very straightforward and transparent. I think everything will be fine, and the weapon will soon be adopted as unveiled at Armiya-2020,” said a spokesperson for Kalashnikov Concern.

Moreover, the RPL-20 has a removable barrel, allowing for a short or long one. “The long one is for operating at distances of up to a kilometer; the short one is for up to 300 meters, the AK’s 'automatic' range,” added Onokoi.

All the R&D risks and costs were shouldered entirely by Kalashnikov Concern; the weapon was not ordered by the Russian military.

According to a Kalashnikov employee, the testing procedure and the verdict of Russia’s top brass will be made known next year. As such, the company is expected to announce the fate of its brainchild at Armiya-2021. Stay posted.