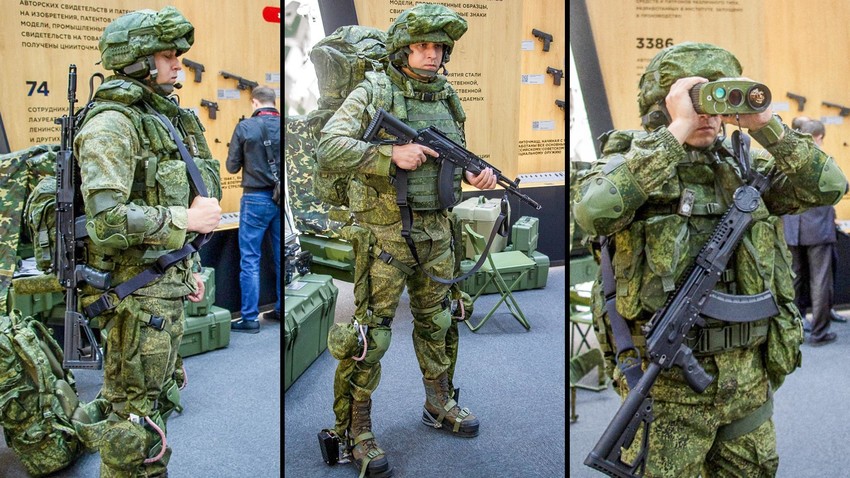 Rostech
This new gear will be able to support up to 80 additional kilograms of load and make the soldier wearing it look like Tom Cruise’s character in the movie ‘Edge of Tomorrow’.

Russian engineers from the Lomonosov Moscow State University have created exoskeletons for Ratnik battle gear. The novelty was presented in late August at the ‘Army-2020’ military exhibition in Moscow Region. 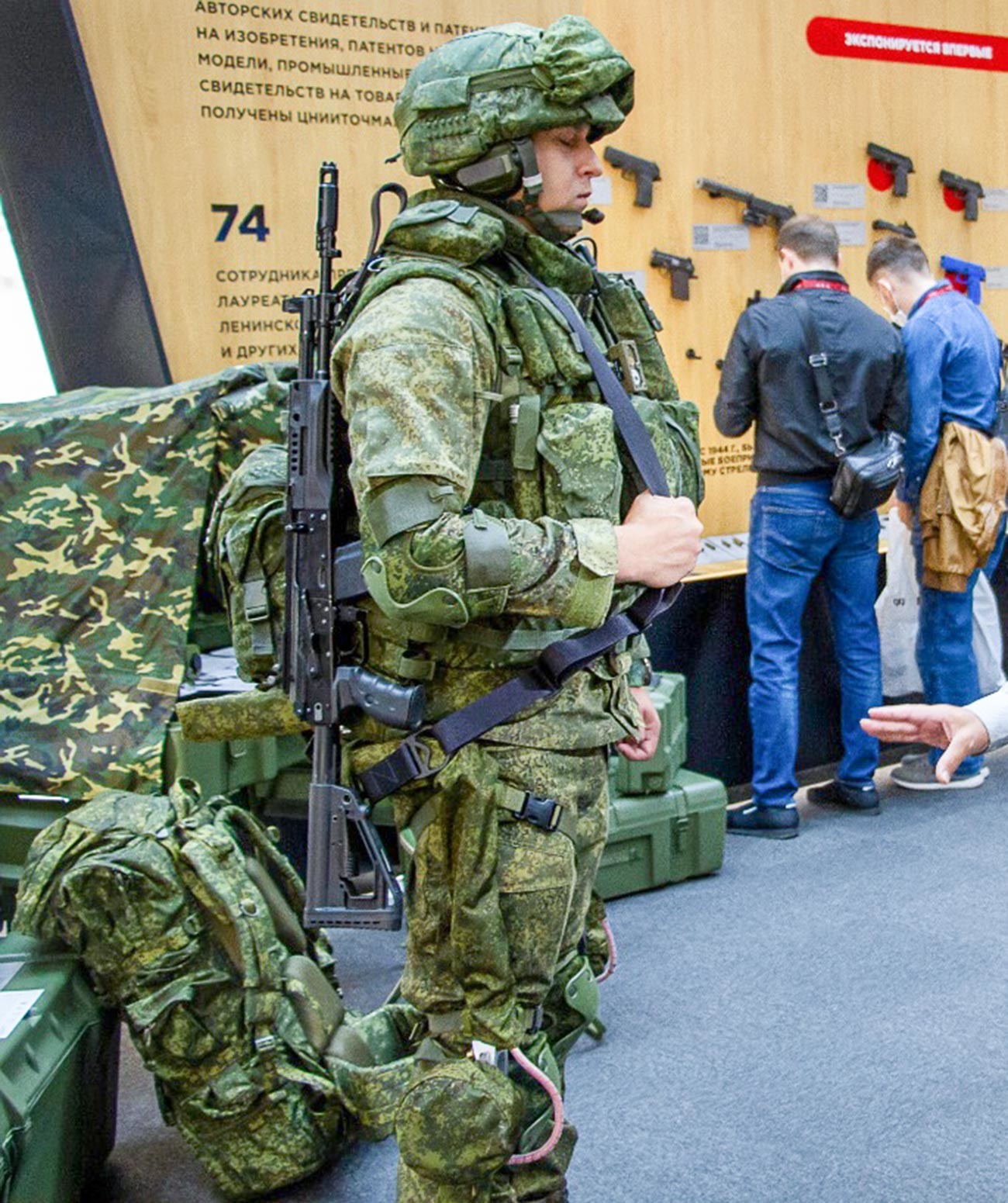 There are two types of the exoskeleton: passive and semi-active. The difference is down to the number of features working to enhance a person’s capabilities.

Passive ones do not have engines or motors enhancing humans’ joints. These exoskeletons are used for carrying heavy loads of up to 100 kg on your back in urban areas without even breaking a sweat.

It works similar to what you’ve seen in Hollywood sci-fi movies. For example, Tom Cruise was wearing a similar exoskeleton in ‘Edge of Tomorrow’. The metal gear allowed him to run and jump faster while also enabling him to use firearms installed in his arms.

“Today, exoskeletons only have engines that allow you move faster and carry heavy load without feeling it, but it’s possible that in foreseeable future some kind of firearms will be added to exoskeletons,” says head of laboratory, Institute of mechanics, Lomonosov Moscow State University Vladimir Butanov.

What is the exoskeleton for Ratnik battle gear capable of? 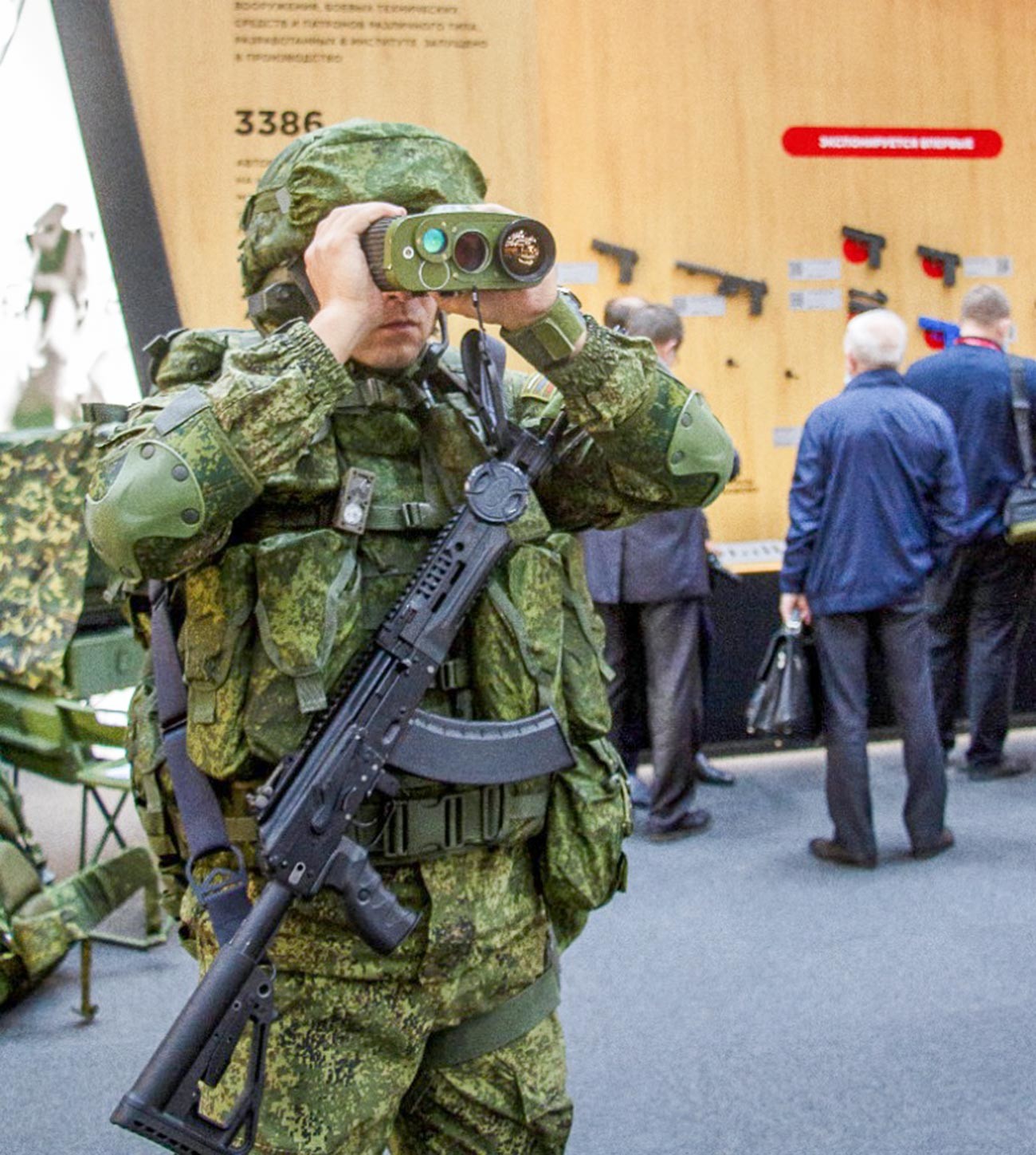 A modification of the exoskeleton for the Ratnik battle gear is a semi-active type. It’s a kit that wraps around your waist, hips, knees and feet. This exoskeleton protects your muscles and joints from injuries and stabilises you on the move. It also makes you stronger and more enduring.

“Let’s imagine a real life scenario. Everybody knows how hard it is to climb up the staircase to the tenth floor with bags full of food and other stuff. Imagine how hard it is for soldiers with rifles and 60-kg packs to march in the mountains. This exoskeleton technology makes such challenges easy,” says Butanov.

According to Butanov, a person can add additional fastening elements to the upper parts of an exoskeleton to carry additional protective gear. This could also be used for bullet-proof shields for Special Operations units working in urban areas.

“We created such a prototype [with additional defense elements]. It’s a passive exoskeleton that doesn’t enhance a person's physical capabilities, but serves as a passive defense kit around the body,” Butanov says.

According to him, each exoskeleton is created for different types of operations and actions and can also be integrated into Russian Ratnik battle gear in the coming years.

Exoskeleton development was initiated by the Lomonosov Moscow State University, the engineers are looking forward to hearing feedback from the military command on it, according to Butanov.

He believes the university only needs a couple more years to finish their exoskeletons, given that there’s funding from the military command. But it’s unclear when and if Russian soldiers will be equipped with these state-of-the-art technologies.