25 must-see masterpieces of the Hermitage (PHOTOS) 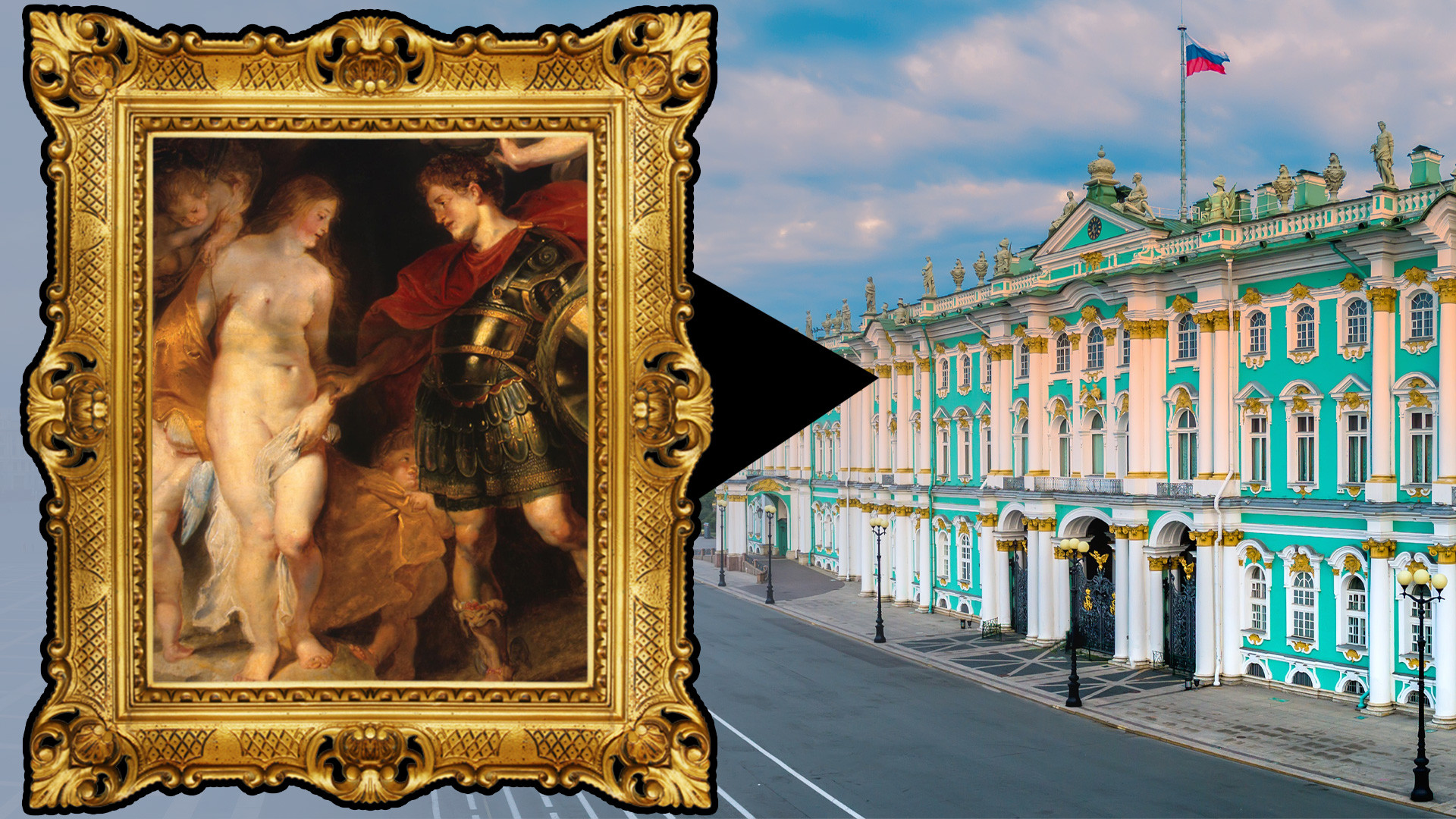 The Hermitage; Legion Media
It is reckoned that it would take around ten years to see all the exhibits in the collection of St. Petersburg’s and Russia’s most famous museum. So to save you a bit of time, we have selected the 25 most unmissable.

The Imperial Art Collection was instituted by supreme decree of Catherine the Great in 1764. Her personal collection was then housed in a wing of the Winter Palace known as the Hermitage. The Russian emperors who followed Catherine added extensively to the trove, acquiring entire collections of Western European painting, sculpture, objets d'art and archaeological monuments from the ancient cultures of Egypt, Greece, Rome and the East.

Today, the Hermitage is one of the largest art museums in the world. Its collection (about 3 million pieces!) is spread across several buildings, two of which — the Winter Palace itself and the General Staff building (in front of the palace) — are open to visitors. We present a tiny fraction of the masterpieces for which the Hermitage is internationally famous, and which are seeable in one visit.

For some curious facts about the museum, see here. 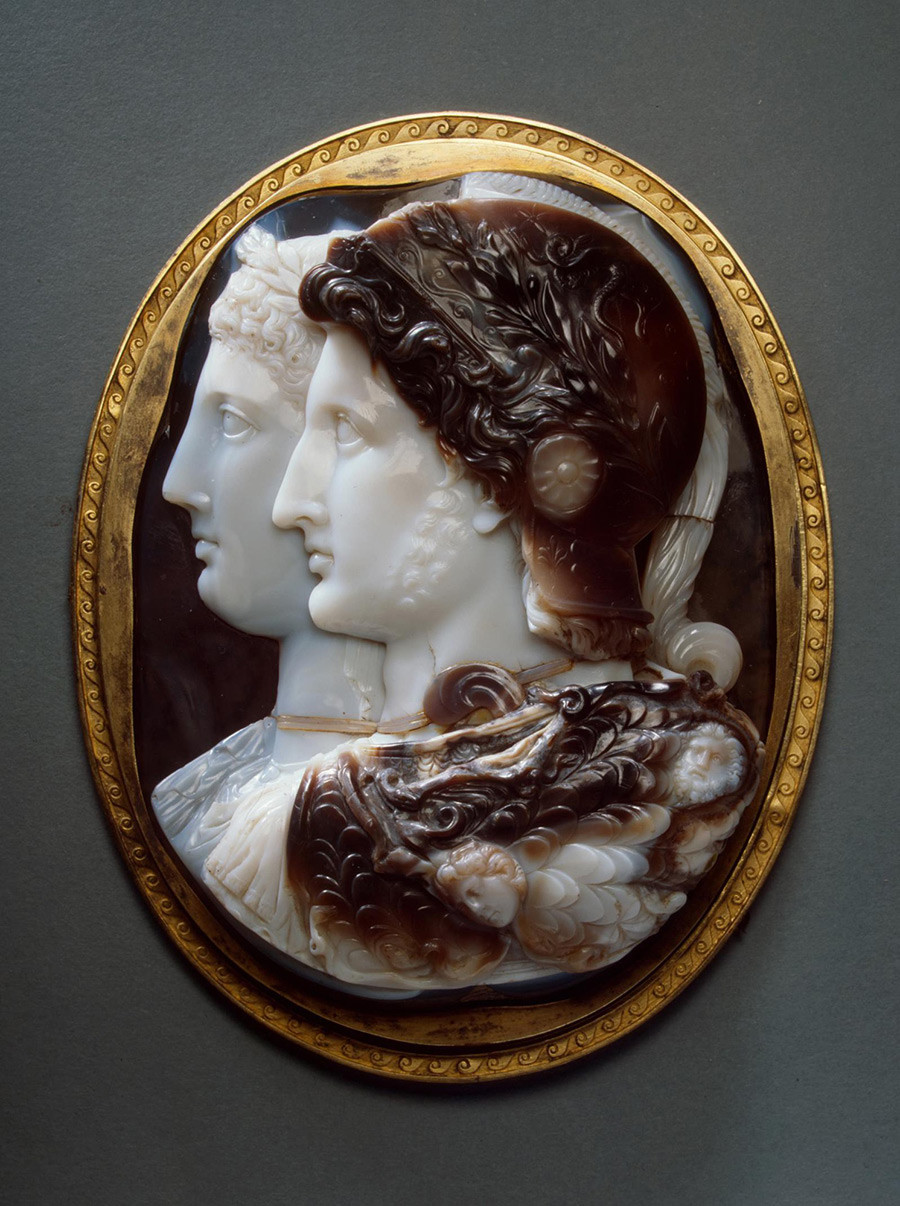 This unique double portrait was presented in 1814 to Emperor Alexander I by Josephine, wife of Napoleon Bonaparte, as an act of gratitude for the Russian tsar’s personal visit to her palace near Paris to guarantee her safety while the victorious allied troops entered the city. It is on display in the Cameo Gallery on the first floor of the New Hermitage building. 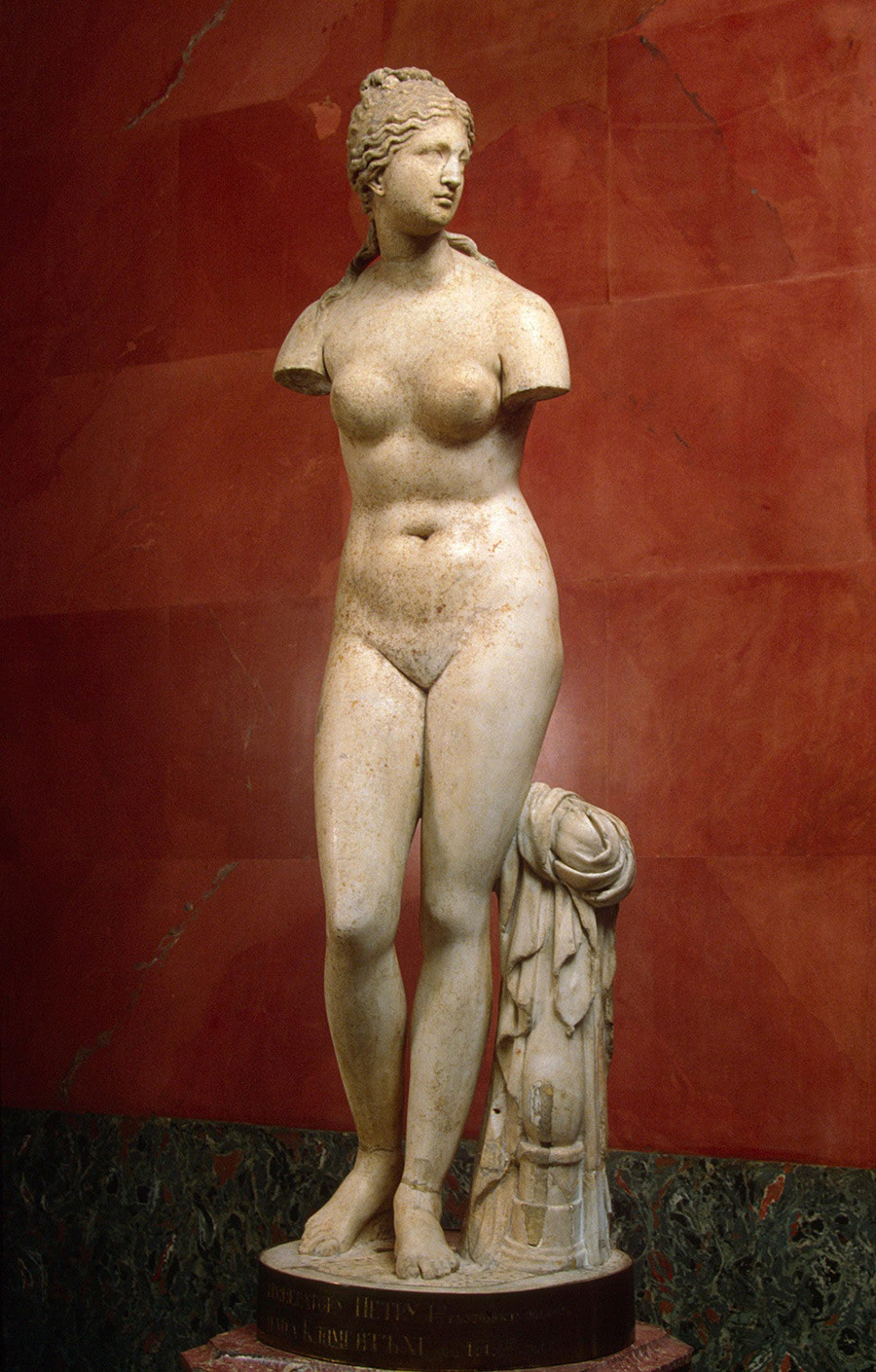 This 167-cm high marble statue was a gift to Peter the Great from the Vatican (other sources say it was exchanged for the relics of St. Bridget of Sweden). The "pagan idol" was initially put on public display in the Summer Garden, before being moved to the Tauride Palace, home of Prince Potemkin. The statue was transferred to the Hermitage in 1852 to mark the opening of the New Hermitage (where it still stands in Room 109). 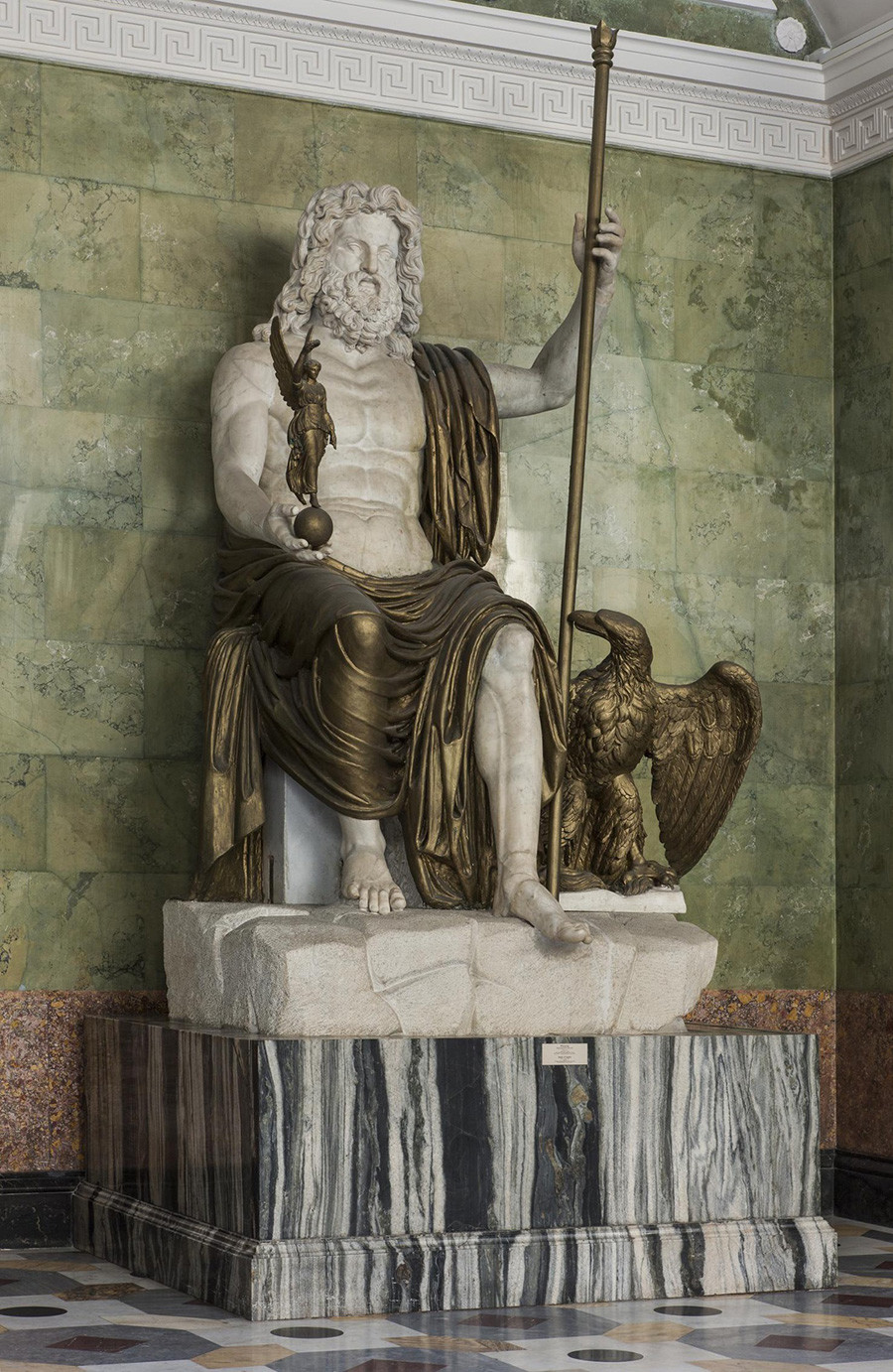 This colossal sculpture of the ancient god was acquired for the Hermitage in 1861 by Alexander II from the bankrupt Marquis of Campana. One of the largest statues in the museum, it is on display in Room 107 of the New Hermitage. 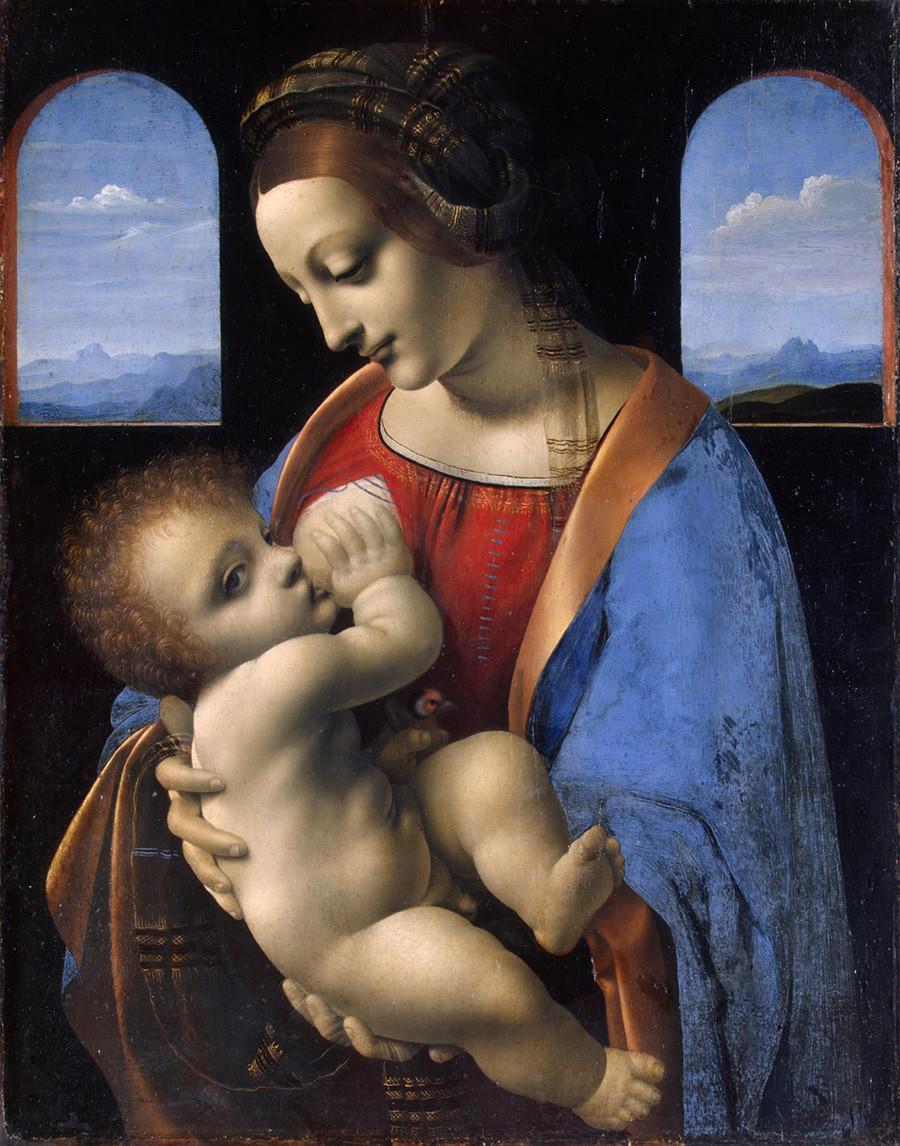 One of the first works of the High Renaissance, this painting was created for the rulers of Milan. The Hermitage bought it in 1864 from the Duke of Litta, a member of an aristocratic Milanese family, whose collection had held the painting for several centuries. The work is exhibited in Room 214 of the Large (Old) Hermitage. 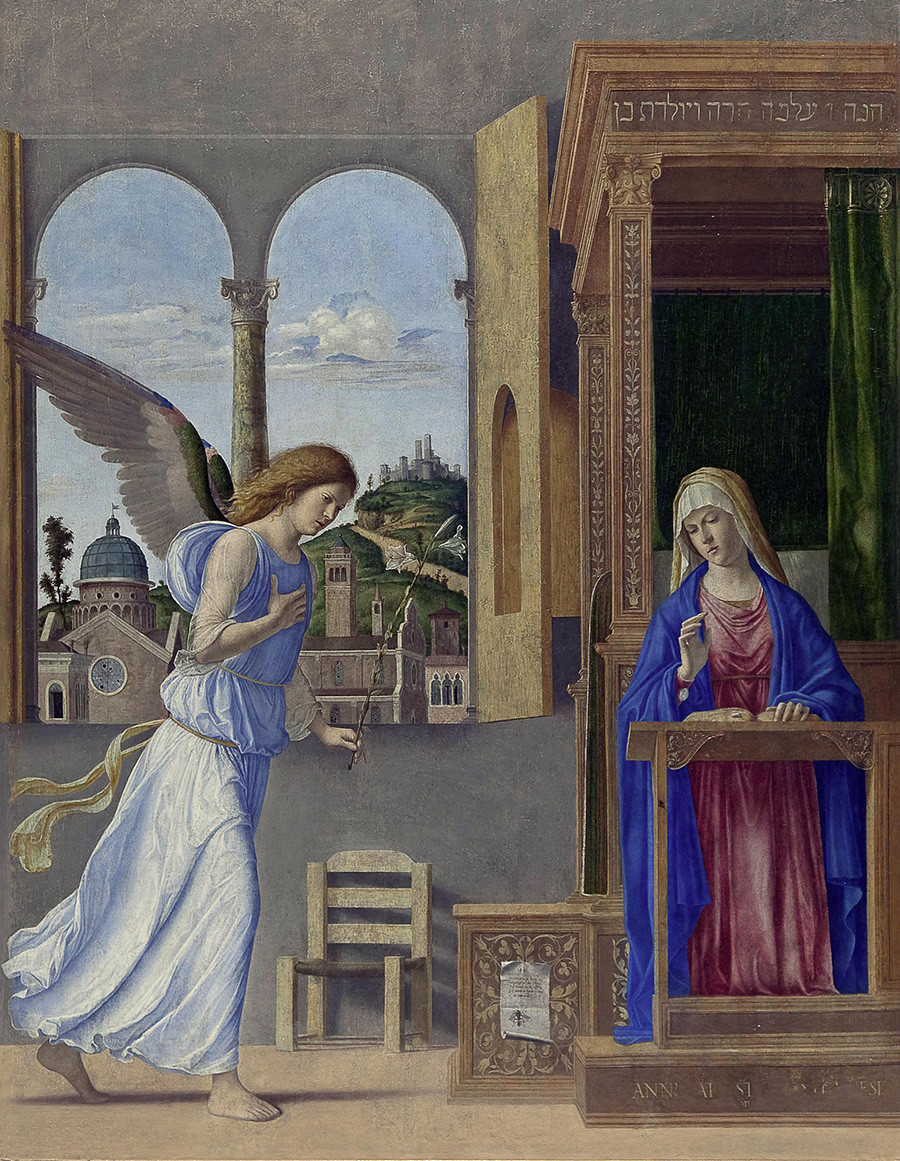 The work was originally done on a wooden base, but when acquired by Russian Prince Sergey Golitsyn in the mid-19th century it was transferred to canvas by his art conservator. In 1886 Golitsyn sold the painting at auction, where it was bought for the museum. It is located in Room 217 of the Large Hermitage. 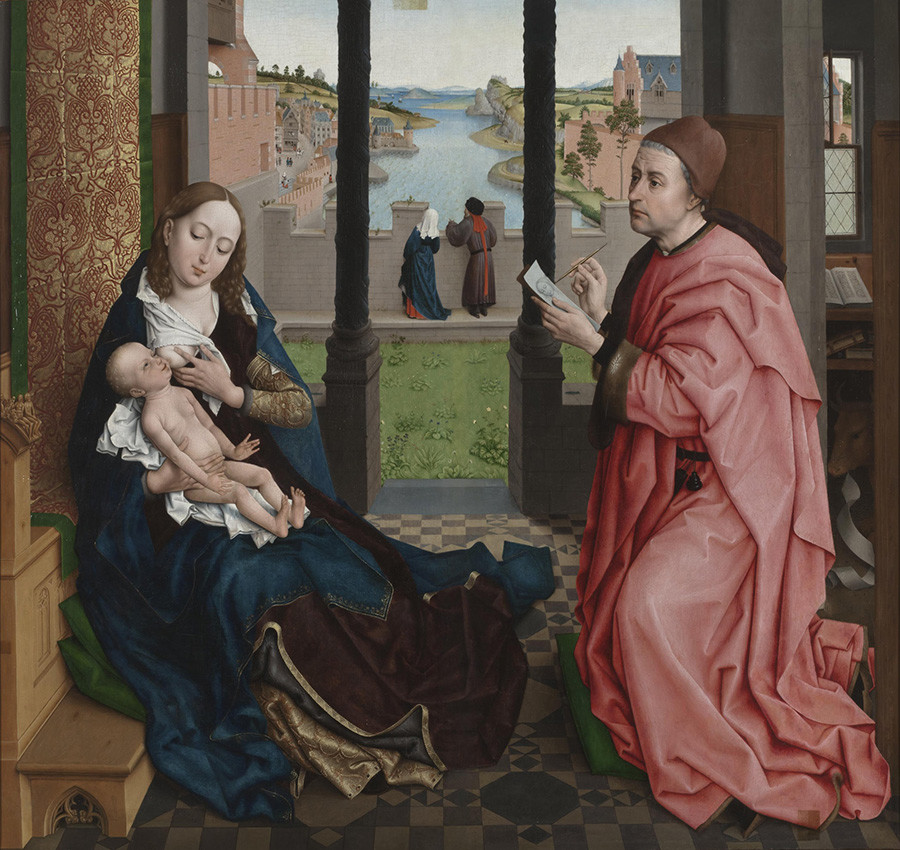 The painting came to the Hermitage in an unusual way. It was divided into two parts: the right half, bearing the image of St. Luke, was acquired in 1850 from the collection of King Willem II of the Netherlands, who was married to the daughter of Emperor Paul I of Russia; the left half, depicting the Madonna and Child, was purchased in 1884 from Parisian antique dealer Antoine Bera. 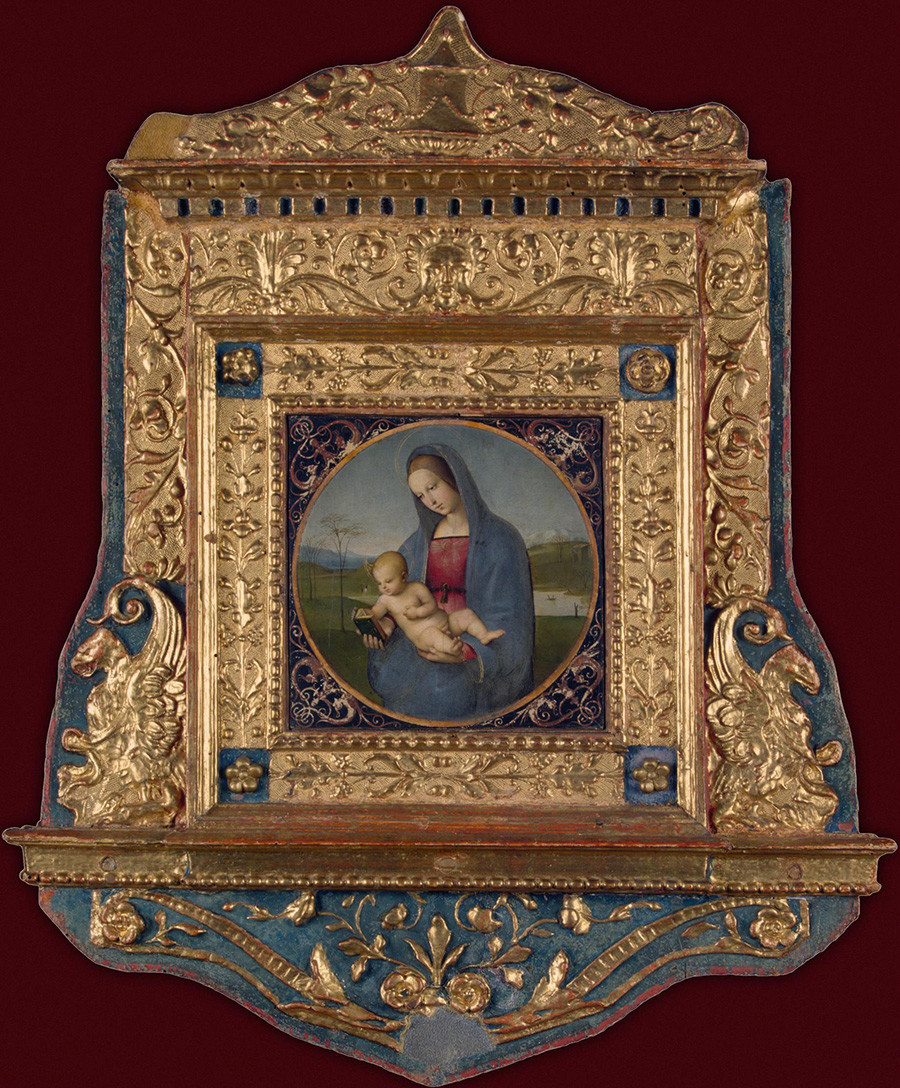 This early work by the great Raphael was in the collection of Count Conestabile della Stafa in Perugia, Italy. In 1871, the painting was bought by Tsar Alexander II for his wife, Maria Alexandrovna. The work was moved to the Hermitage in 1881 at the behest of the empress. See it in Room 229 of the New Hermitage.

The only painting in Russia that undoubtedly belongs to the brush of Giorgione. Purchased in 1772 by Catherine the Great, this masterpiece of the Venetian school was one of the pearls of the Parisian collection of Baron Pierre Crozat. The 144-cm high canvas is exhibited in Room 217 of the Large Hermitage.

The German artist was the first in northern Europe to depict the nude goddess of love. Catherine the Great acquired the painting along with the entire Dresden collection of German Count Heinrich von Bruhl. The work formed the basis of the museum's collection in 1769. It is kept in Room 255 of the Small Hermitage. 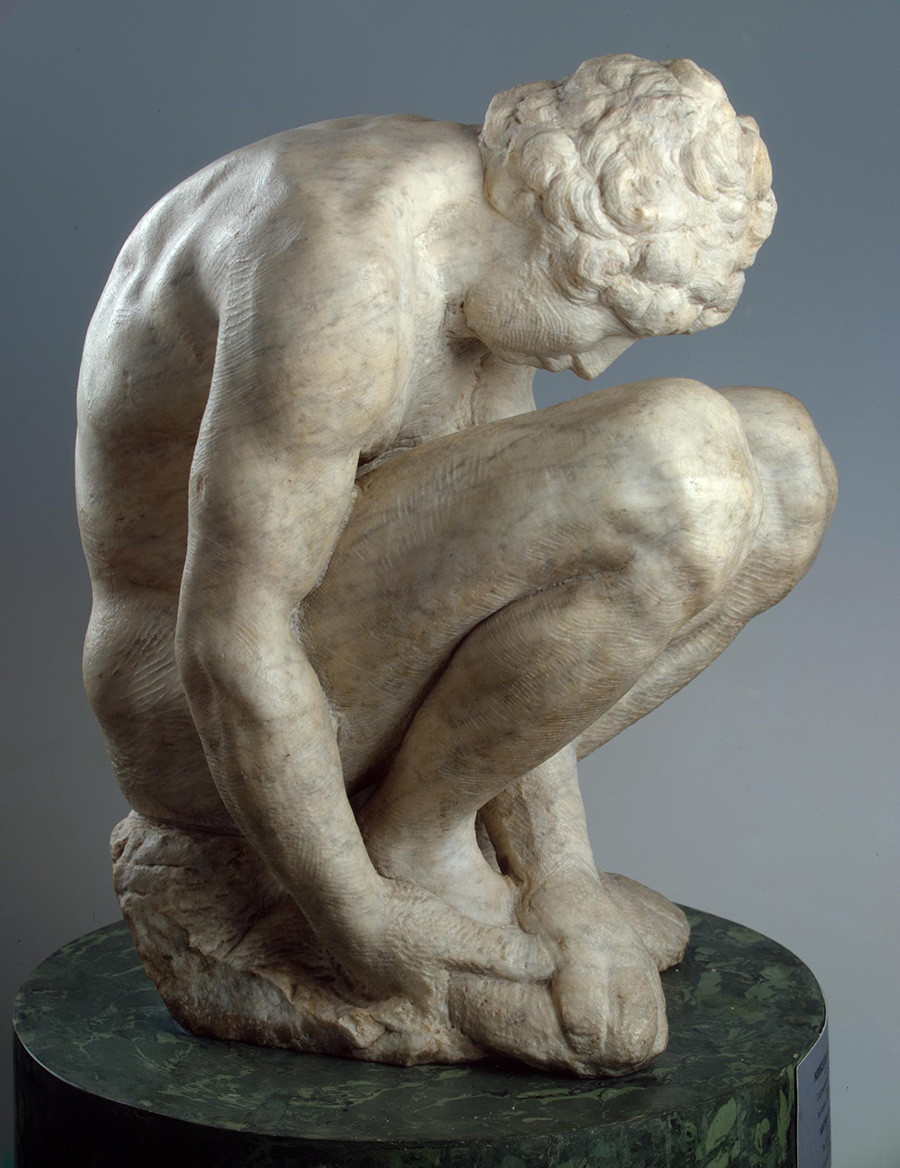 Few museums in the world can boast sculptures by this famous genius of the Renaissance. It is also the only sculpture by Michelangelo in Russia. Boy was bought by Catherine the Great in 1785. For some time it was kept at the Imperial Academy of Arts, where it served as a model for painters and sculptors. But in 1851 it joined the museum in honor of the opening of the New Hermitage, where it is on display in Room 230. 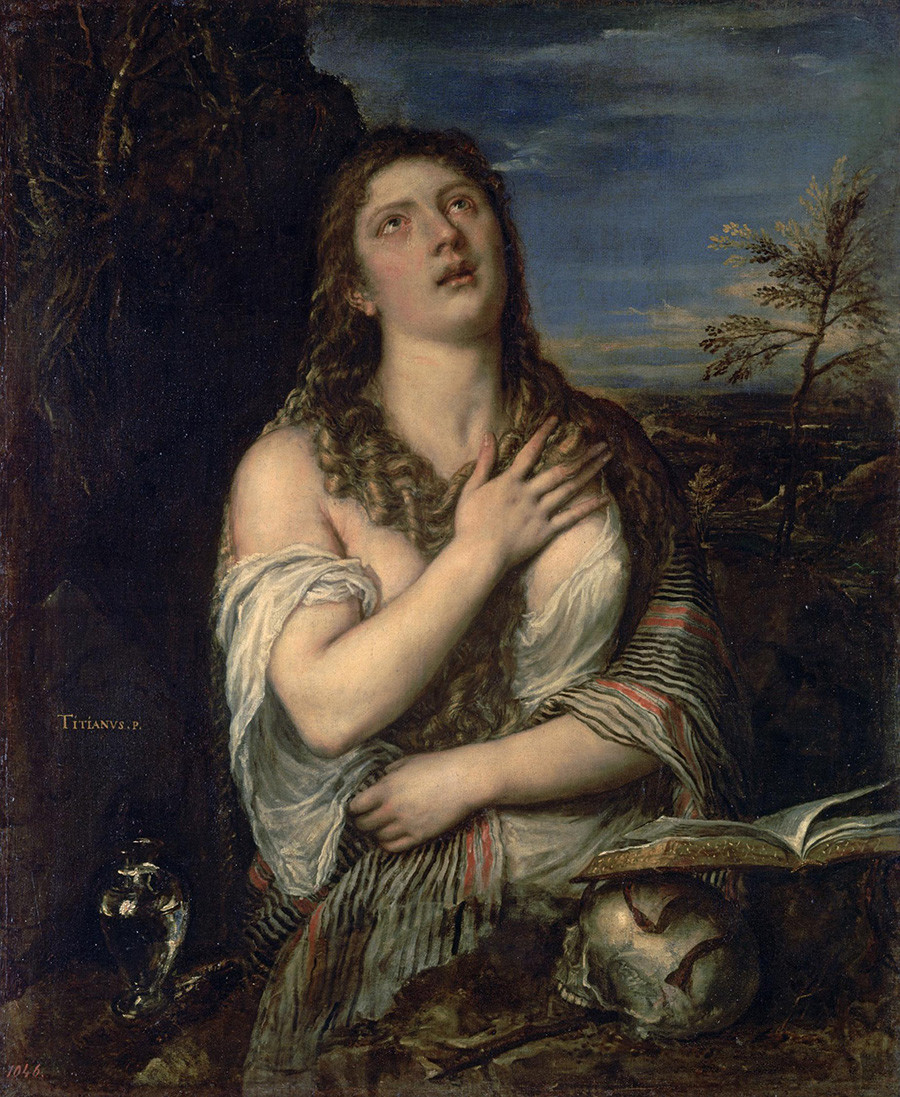 Legend has it that the dying Titian clasped this picture in his hands. It was sold to Cristoforo Barbarigo, whose whole collection was bought for the Hermitage by Nicholas I in 1850; the work by the Venetian master is exhibited in Room 221 of the Large Hermitage. 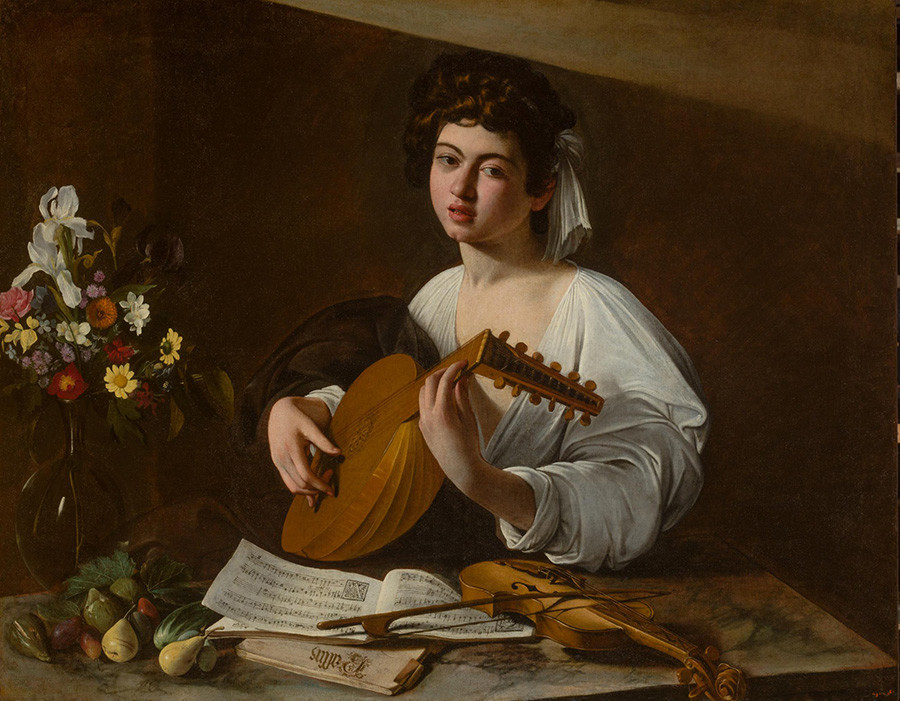 The picture exists in three versions. The other two are housed in the Metropolitan Museum of Art in New York and Badminton House in England. The third version, kept in the collection of Italian collector Vincenzo Giustiniani, was acquired by Alexander I in 1808. The Lute Player can be found in Room 232 of the New Hermitage. 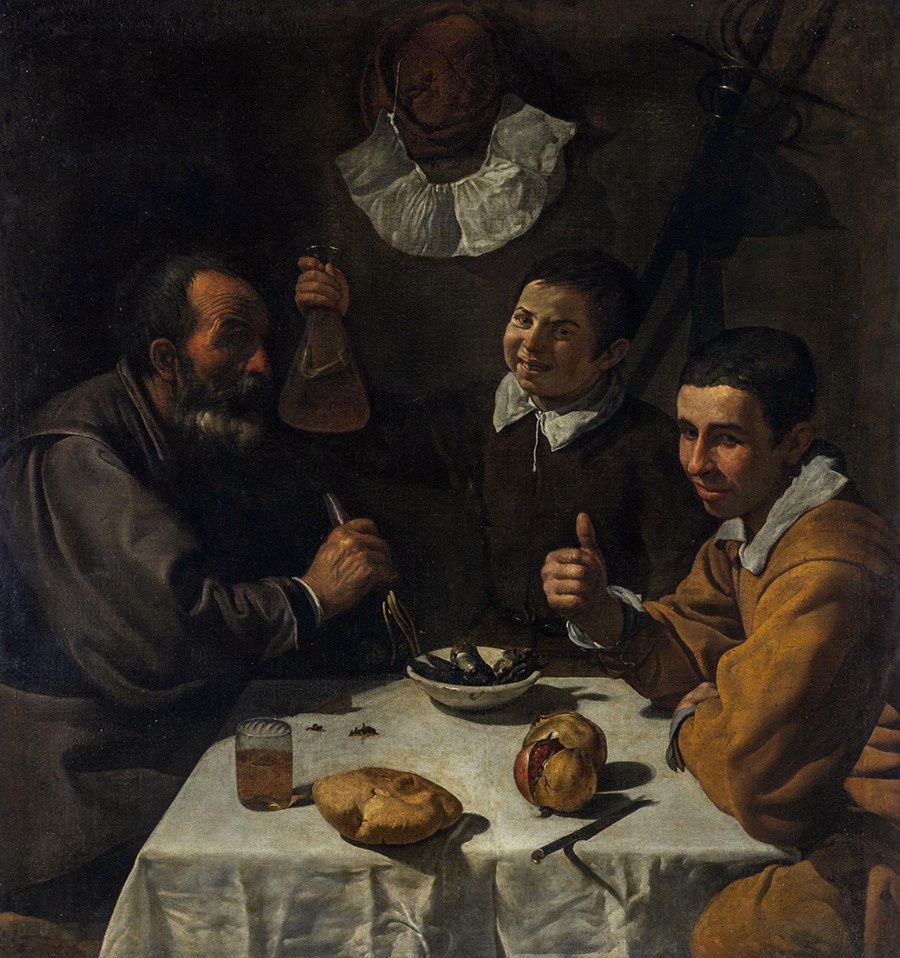 Because the painting was in the personal collection of Catherine the Great, it dates back to the early days of the museum, although there is still some debate about its true authorship. This chef d'oeuvre by the Spanish master is on display in Room 239 of the New Hermitage. 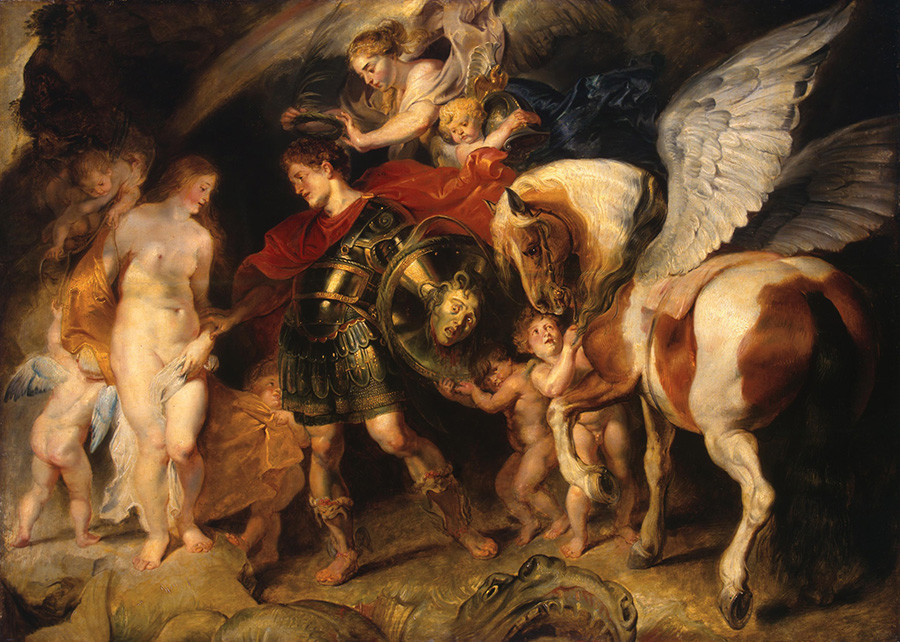 This work by the Flemish painter was procured by Catherine the Great along with the collection of Count Heinrich von Bruhl, and was one of the pieces that made up the original collection of the museum. The masterpiece, dedicated to the ancient Greek myth of Perseus, is exhibited in Room 247 of the New Hermitage. 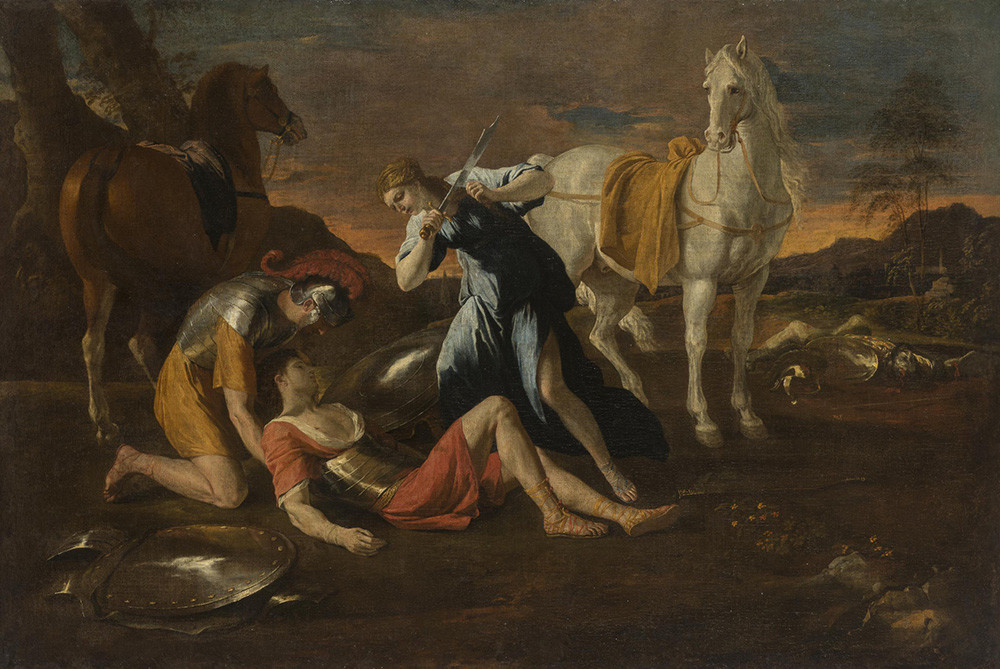 This work by Poussin, a master of French Classicism, was inspired by a scene from the poem Jerusalem Delivered by Italian poet Torquato Tasso. The painting was acquired from the collection of Parisian artist Jacques Aved in 1766. It is exhibited in Room 279 of the Winter Palace. 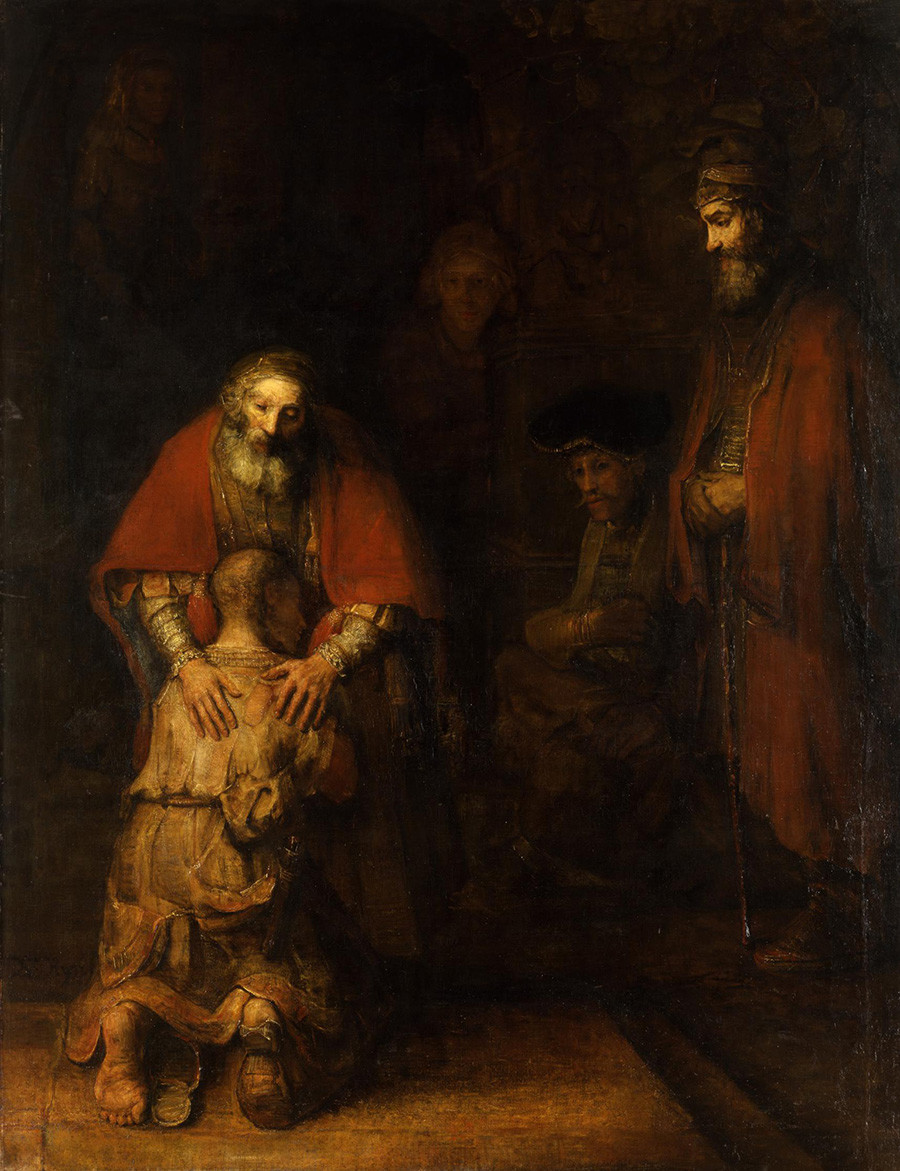 This painting by the Dutch master was bought by Catherine the Great from French Duke André d'Ansesen, whose wife's grandfather had served as a diplomat at the court of Louis XIV and presumably bought the canvas in Holland. The picture is kept in Room 254 of the New Hermitage. 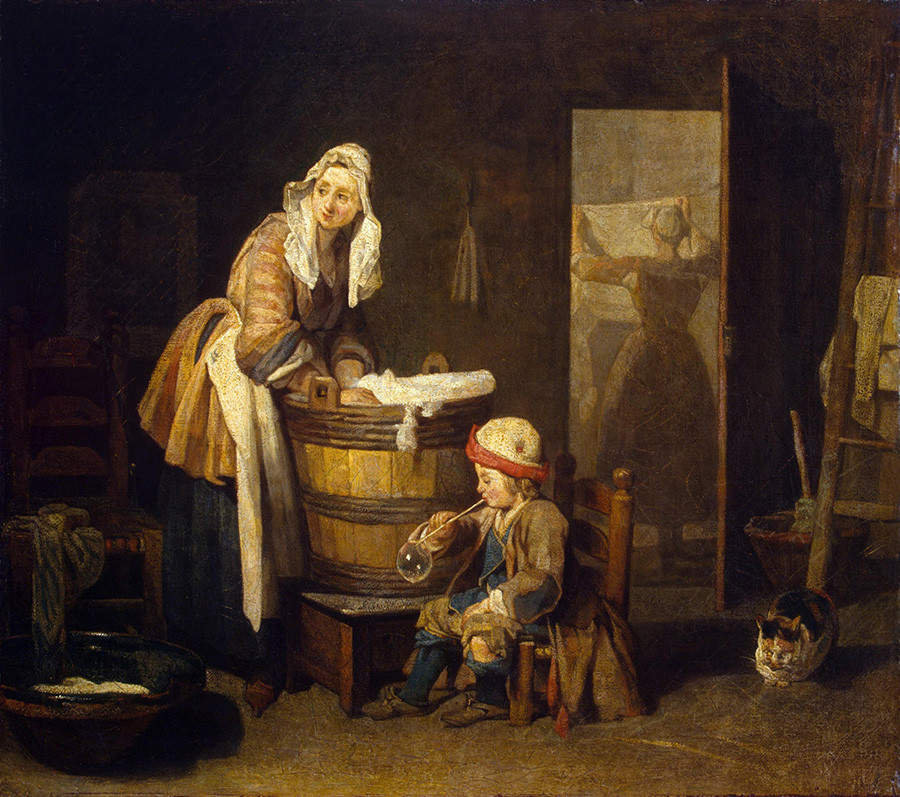 This masterpiece by French painter and "poet of everyday life" Chardin was part of Baron Pierre Crozat’s collection, bought in 1772 by Catherine the Great. The painting is displayed in Room 284 of the Winter Palace. 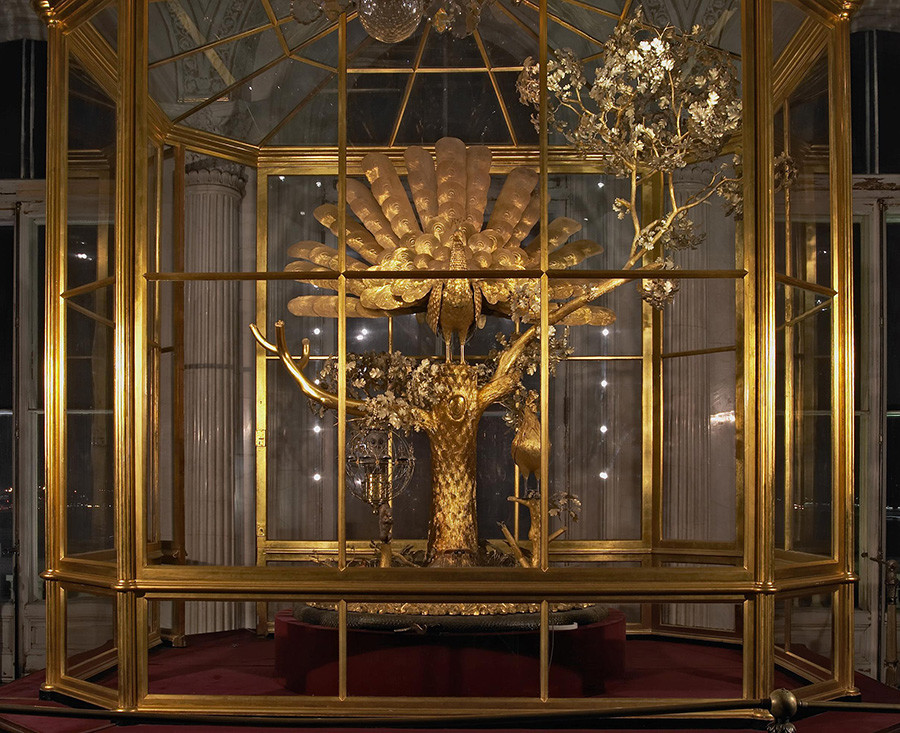 This luxurious mechanical clock made by English jeweler James Cox was ordered for Catherine the Great by her courtier (and favorite) Prince Potemkin.

Delivered to Russia in 1781 in separate pieces, it was assembled and put into action by the famous mechanic Ivan Kulibin. Today, the clock is on display in Room 204 of the Small Hermitage. 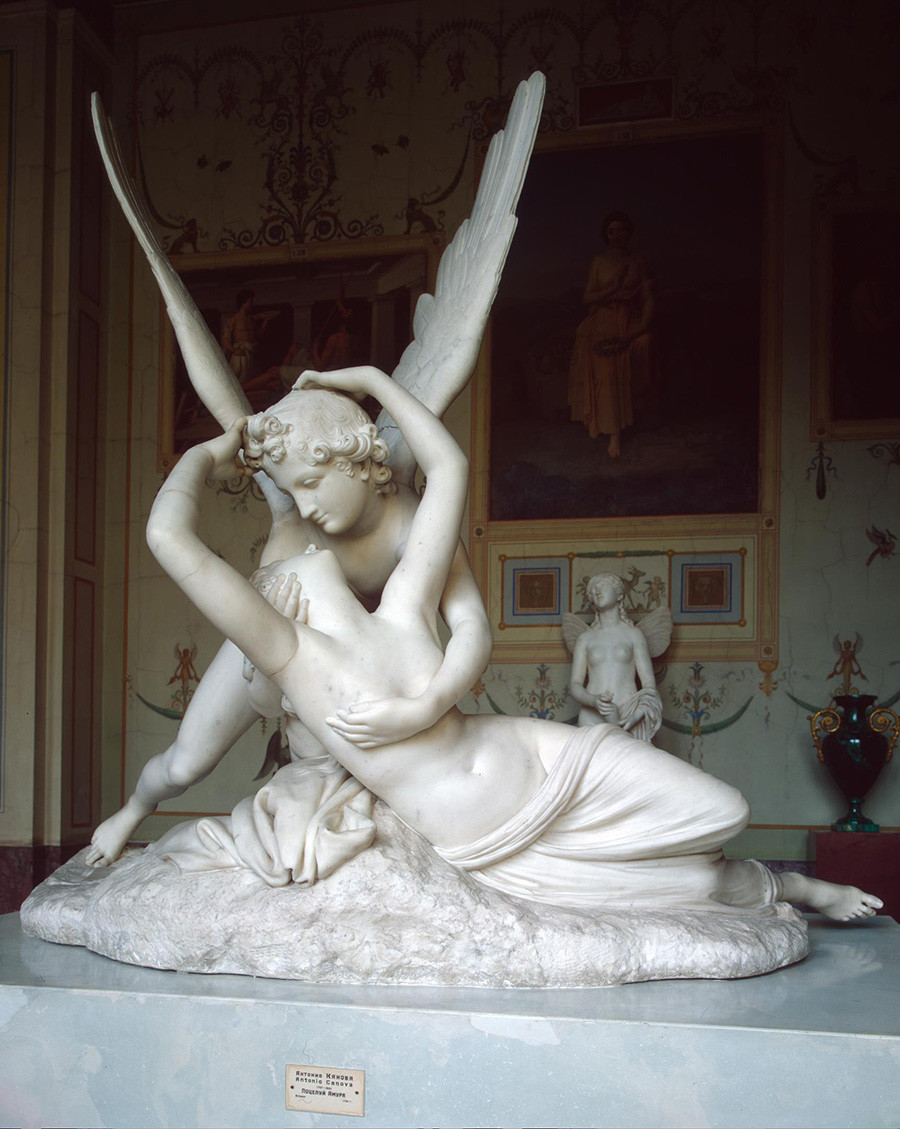 The Venetian master made two versions of this marble sculptural group. One is housed in the Louvre; the other, commissioned by Prince Yusupov, for a long time adorned the family’s Arkhangelskoye estate near Moscow. In 1926, after the revolution, the statue was transferred to the museum and put on display in Room 241 of the New Hermitage. Incidentally, the same room houses another, “standing” version of the sculpture by the same artist — bought by Alexander I from Josephine. 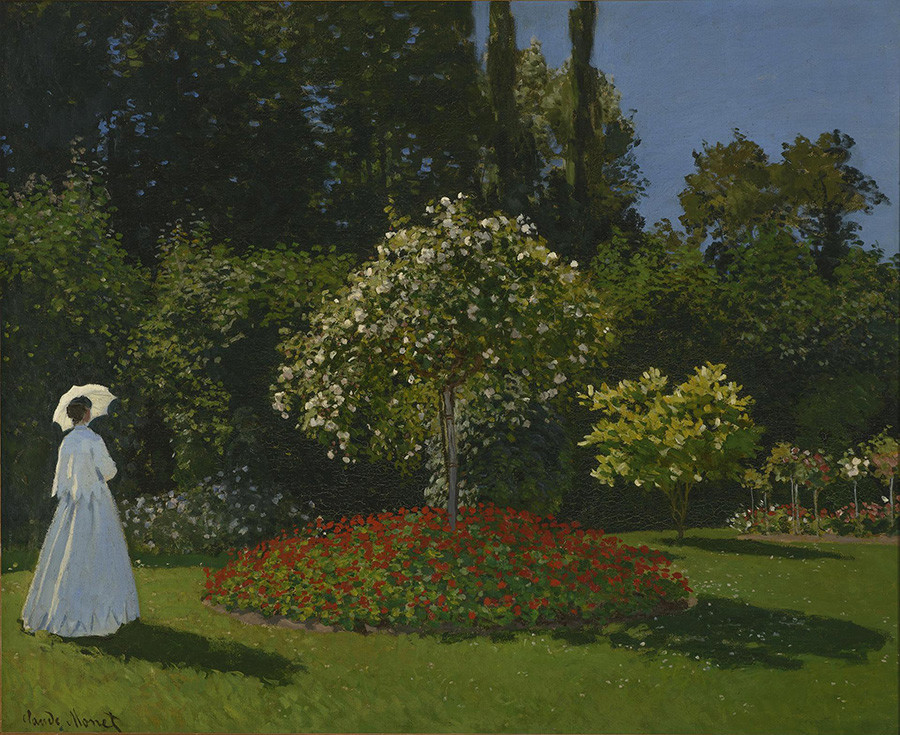 This painting by the great Impressionist was bought in 1899 by Russian art connoisseur Pyotr Shchukin, whose vast collection was nationalized after the revolution. The painting came to the museum in 1948. It is exhibited in Room 403 of the General Staff building. 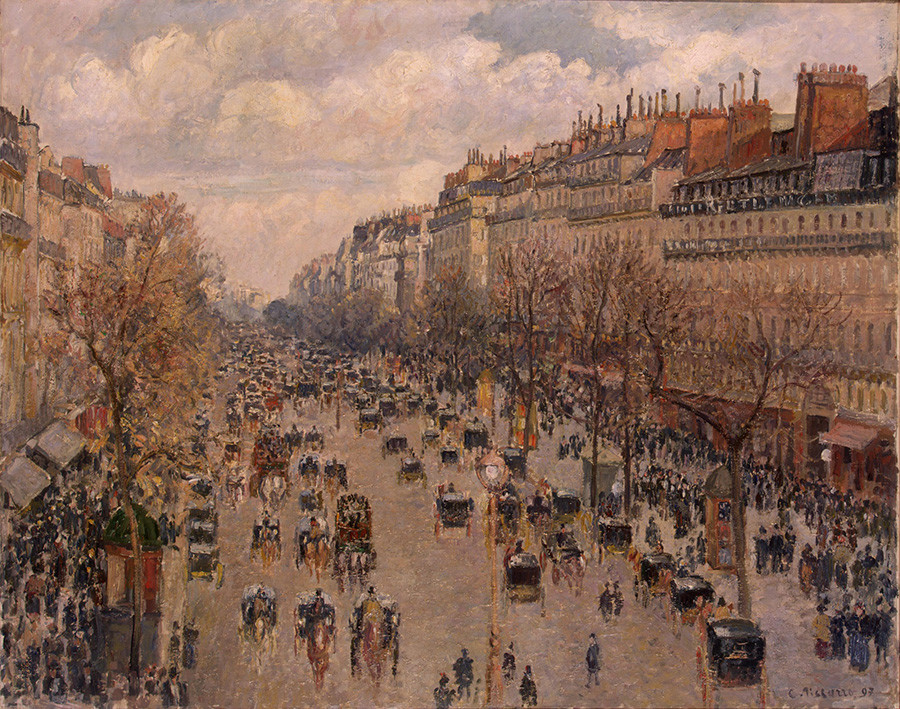 This painting by the French Impressionist belonged to Russian merchant and collector Mikhail Ryabushinsky. After the revolution, he donated part of his collection, including this work, to the Tretyakov Gallery in Moscow. Later, it was moved to the State Museum of Modern Western Art, also in Moscow, and after its closure in 1948 was given a permanent home at the Hermitage, in Room 406 of the General Staff building. 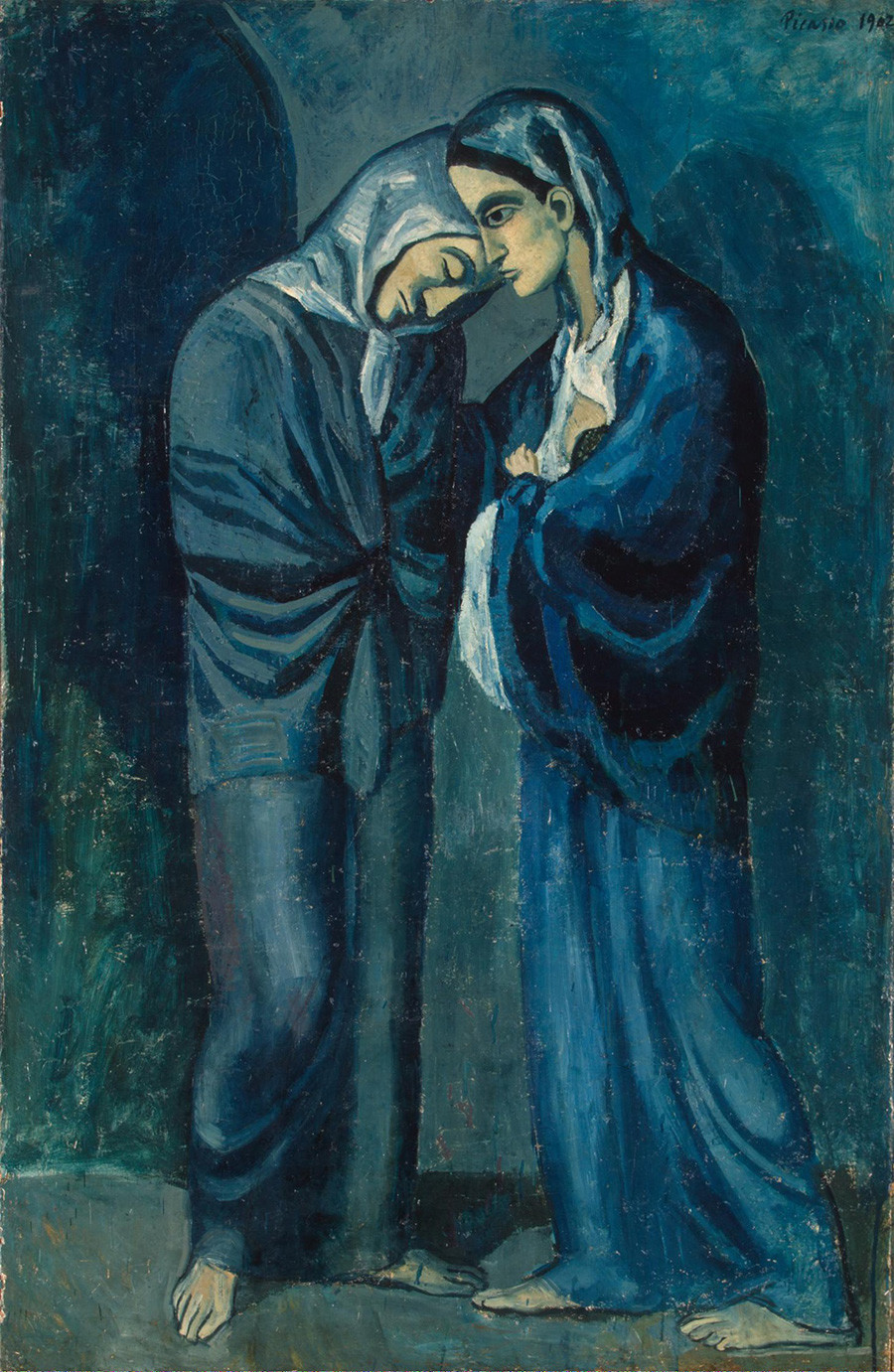 Russian collector Sergey Shchukin bought many paintings by the Spanish artist, including this masterpiece of his Blue Period. Shchukin's collection ended up first in the State Museum of Modern Western Art, then, in 1948, in the Hermitage, where it remains to this day in Room 432 of the General Staff building. 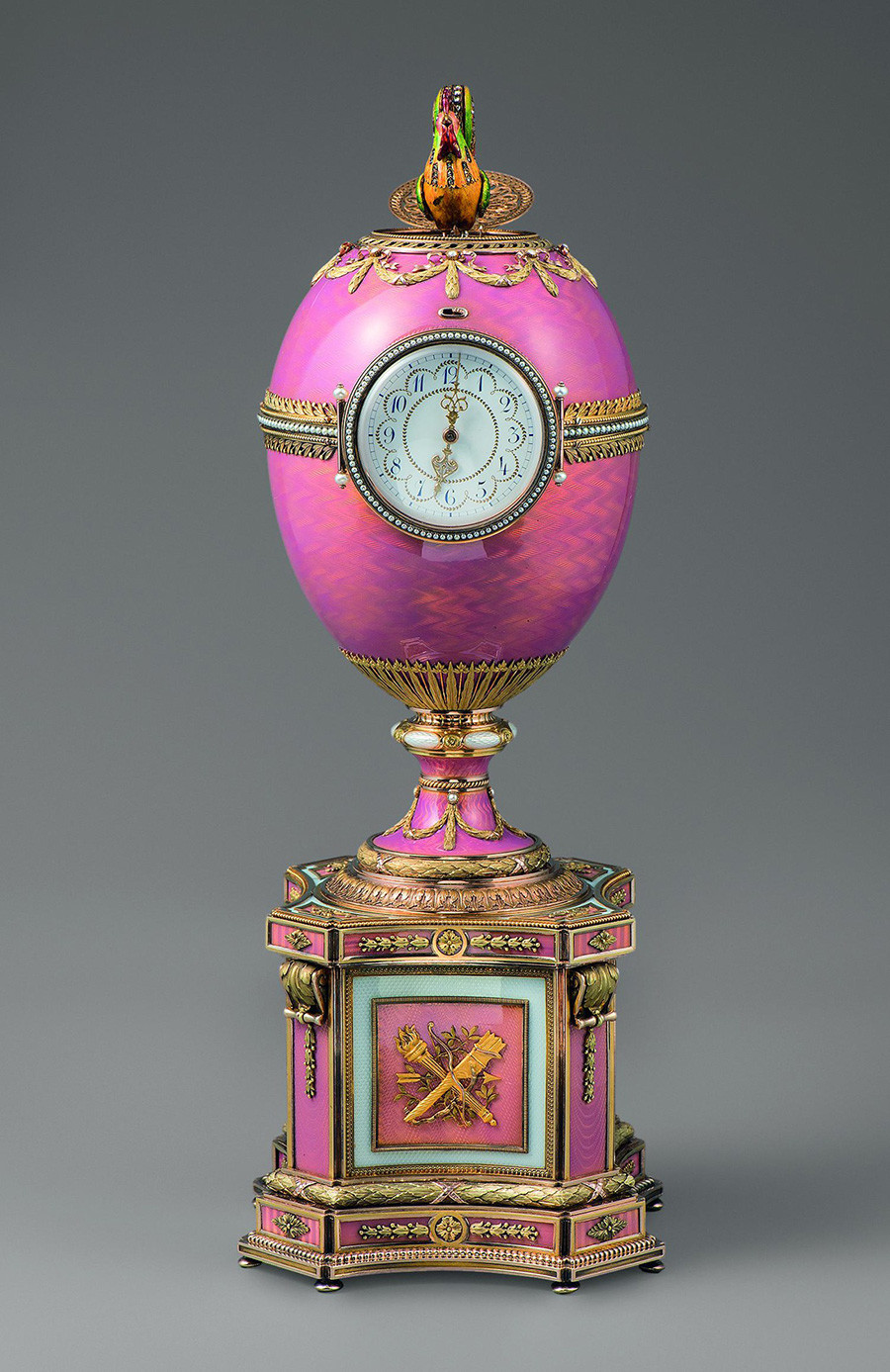 This gorgeous Fabergé Easter egg-style clock belonged to Baron Eduard Rothschild. For a long time, the masterpiece remained the property of the Rothschild family and was not exhibited anywhere. The egg was bought at Christie's by Russian collector Alexander Ivanov in 2007, and gifted to the Hermitage in 2014. It stands on display in Room 302 of the General Staff building. 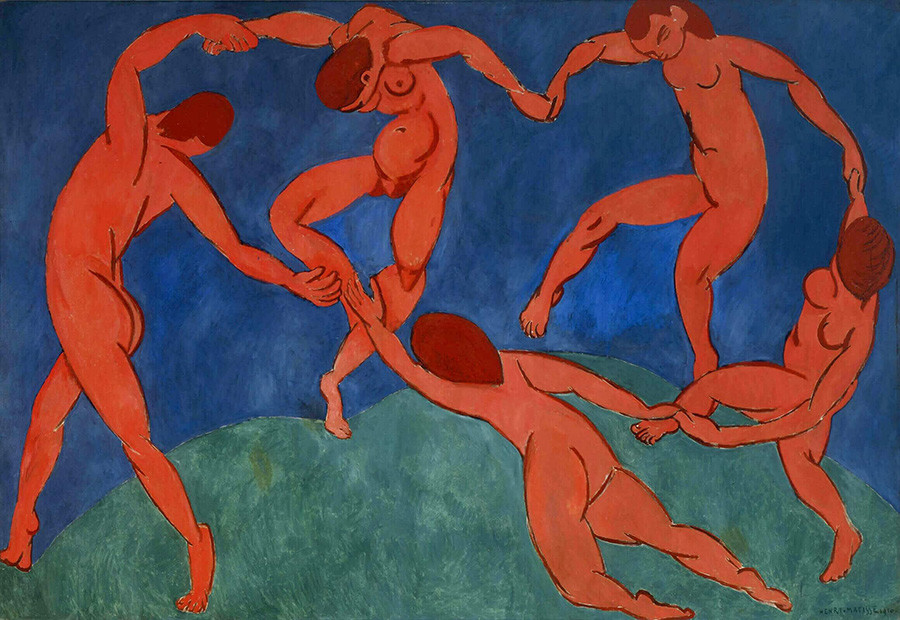 This painting was commissioned personally by Russian collector Sergey Shchukin for his own mansion. The first version of the painting is housed in the Museum of Modern Art in New York, while the version from Shchukin’s mansion was nationalized together with his collection and transferred to the Hermitage in 1948. It is kept in Room 440 of the General Staff building, which is dedicated solely to Henri Matisse. 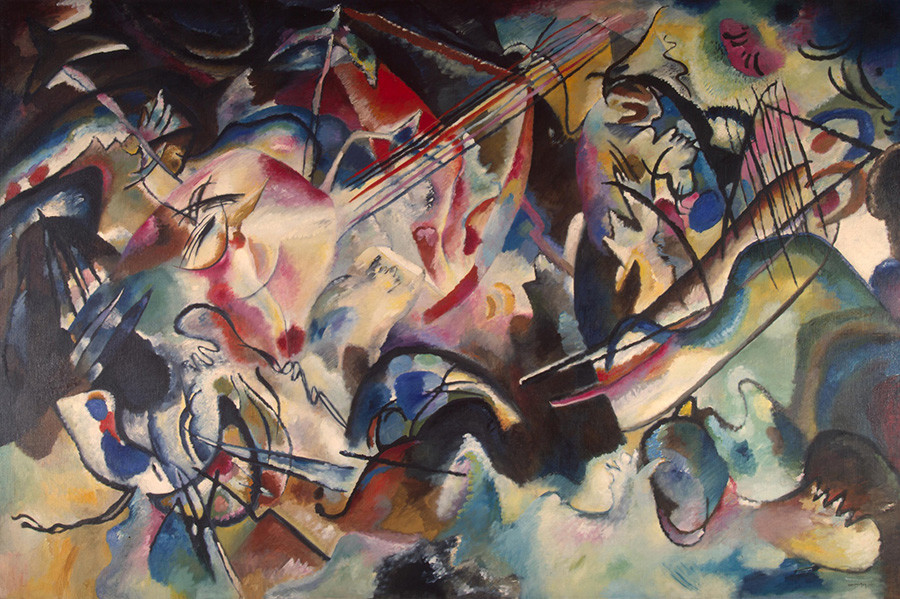 This painting was created by the top Russian abstractionist in Germany, where he lived for over a decade. The canvas features extensive comments by the artist himself, explaining the use of certain colors and modes of expression. The painting came to the Hermitage in 1948 from the State Museum of Modern Western Art, which was opened post-revolution and then shut down. It is kept in the General Staff building, Room 443.