The complete list of Russian Grammy Award winners... including Gorbachev 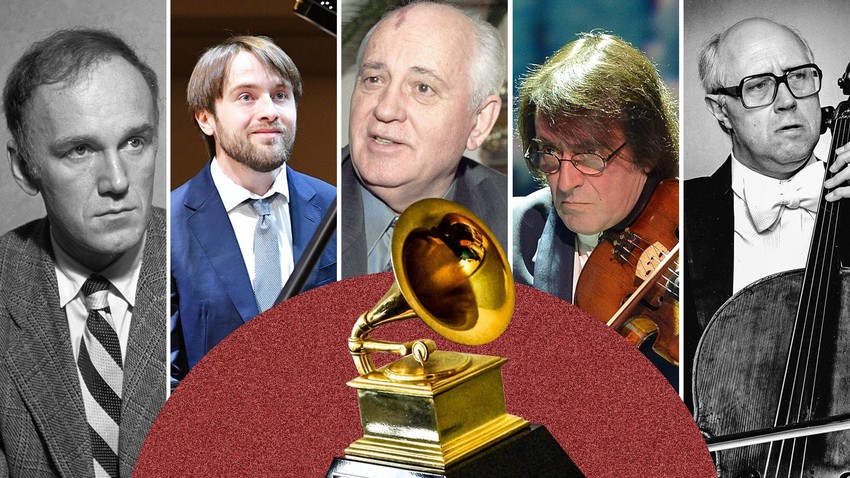 A virtuoso of technique and emotional artistry, Richter (1915-1997) was the first Soviet musician to win a Grammy in 1961 (for the performance of the ‘Second Piano Concerto’ by Johannes Brahms with the Chicago Symphony Orchestra). 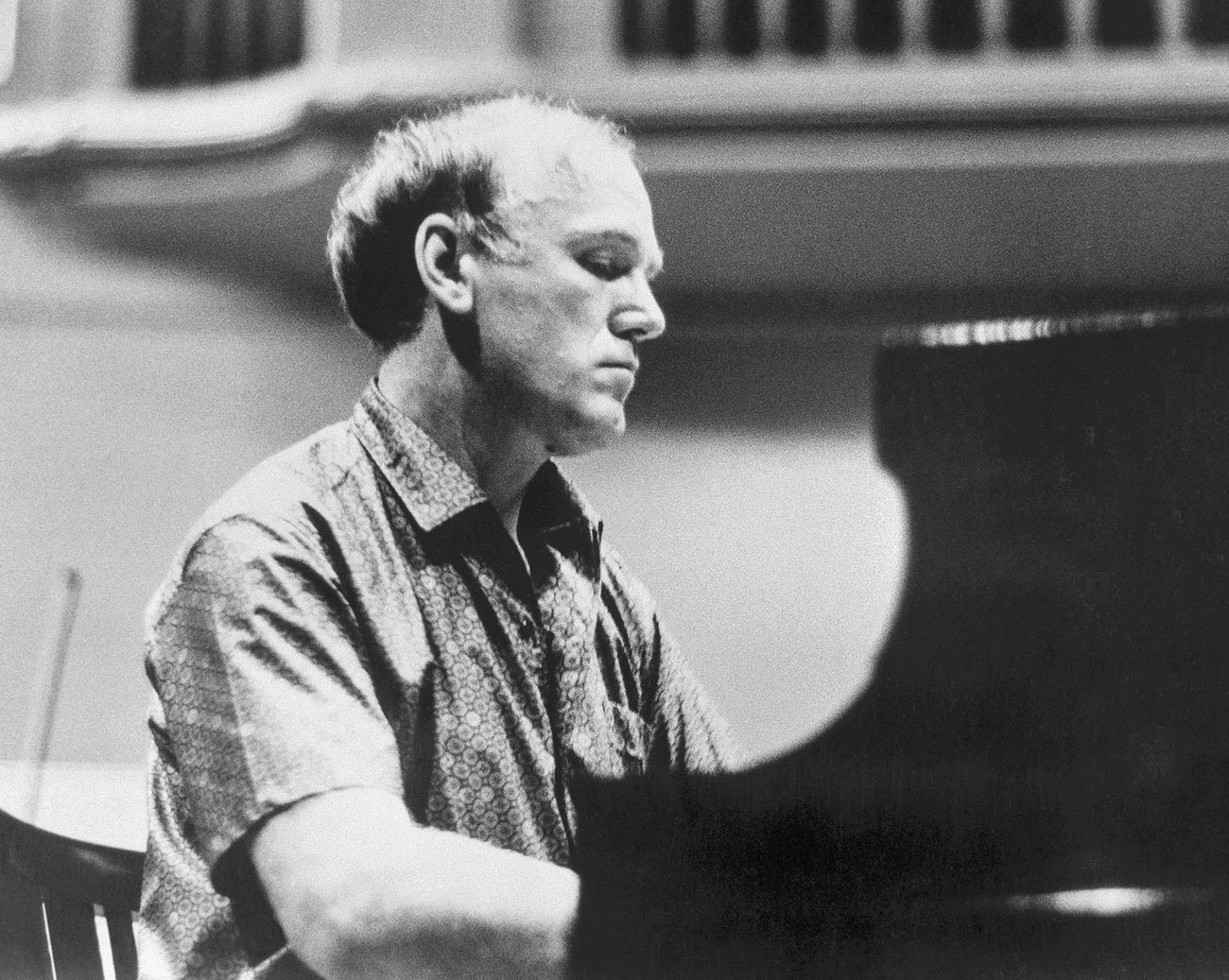 His repertoire was wide and diverse, spanning from Richard Wagner to Igor Stravinsky. Richter was born in 1915, in the Ukrainian town of Zhitomir (then part of the Russian Empire). He got his love of music from his father, a pianist and organist. Richter gave his first solo piano performance at the Odessa Conservatory in 1934. Shortly after, he enrolled in the Moscow Conservatory, where he studied under famous pianist Heinrich Neuhaus.

His Moscow debut took place in 1940 in the Small Hall of the Conservatory, where the up-and-coming musician performed Sergei Prokofiev’s ‘Piano Sonata No. 6’ for the first time after the iconic composer. Richter achieved widespread recognition in the Soviet Union after winning the Third All-Union Competition of Music Performers in 1945. In the 1950s, he toured not only across the USSR, but was also allowed to perform abroad.

In 1960, Richter performed several concerts in Los Angeles, New York and Chicago. A man of extraordinary energy, he was often referred to as the “pianist of the century”. The indefatigable pianist Richter gave as many as 150 concerts in 1986, one year before he died.

Rostropovich won numerous awards during a career that spanned six decades, including five Grammys. He received his first Grammy in 1970 for Best Classical Performance (for Brahms: Double Concerto) and the last one in 2003 for Best Instrumental Soloist Performance (Britten: Violin Concerto/Walton: Viola Concerto.) 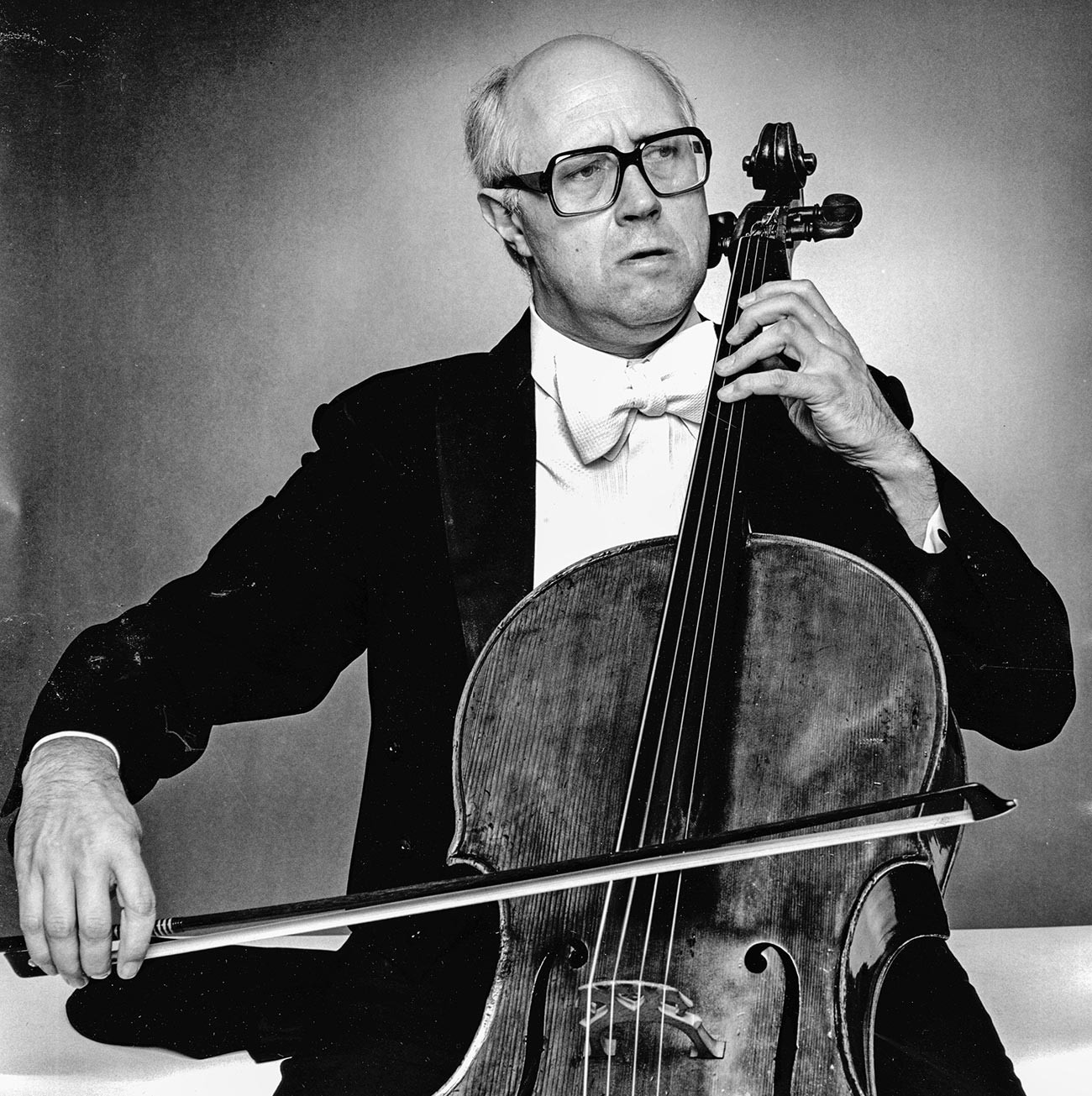 Benjamin Britten, Dmitry Shostakovich, Sergei Prokofiev, Aram Khatchaturian and Alfred Schnittke stood in awe for his talent and composed works especially for Rostropovich. He was born in 1927 in Baku (then Azerbaijani SSR). Music obviously ran through his family. His grandfather and father were cellists and his mother was a pianist. Rostropovich started playing the piano when he was only 4, but switched to the cello at 7. Among his teachers at the Moscow Conservatory were Sergei Prokofiev and Dmitry Shostakovich.

READ MORE: Who was Sergei Prokofiev, one of the world's most popular composers?

Rostropovich achieved international fame as a cellist in 1945, having won the gold medal at the 3rd All-Union Competition of Music Performers in Moscow. In 1947, he won first prize at the World Festival of Youth and Students in Prague and began touring abroad in the 1950s. He also played the piano in recital with his wife, famous soprano Galina Vishnevskaya. In 1962, the multi-talented musician made his debut as a conductor.

Rostropovich was music director of the National Symphony Orchestra in Washington, D.C. for nearly two decades. He subsequently conducted many of the world’s orchestras, including London’s Symphony Orchestra and Berlin Philharmonic Orchestra. 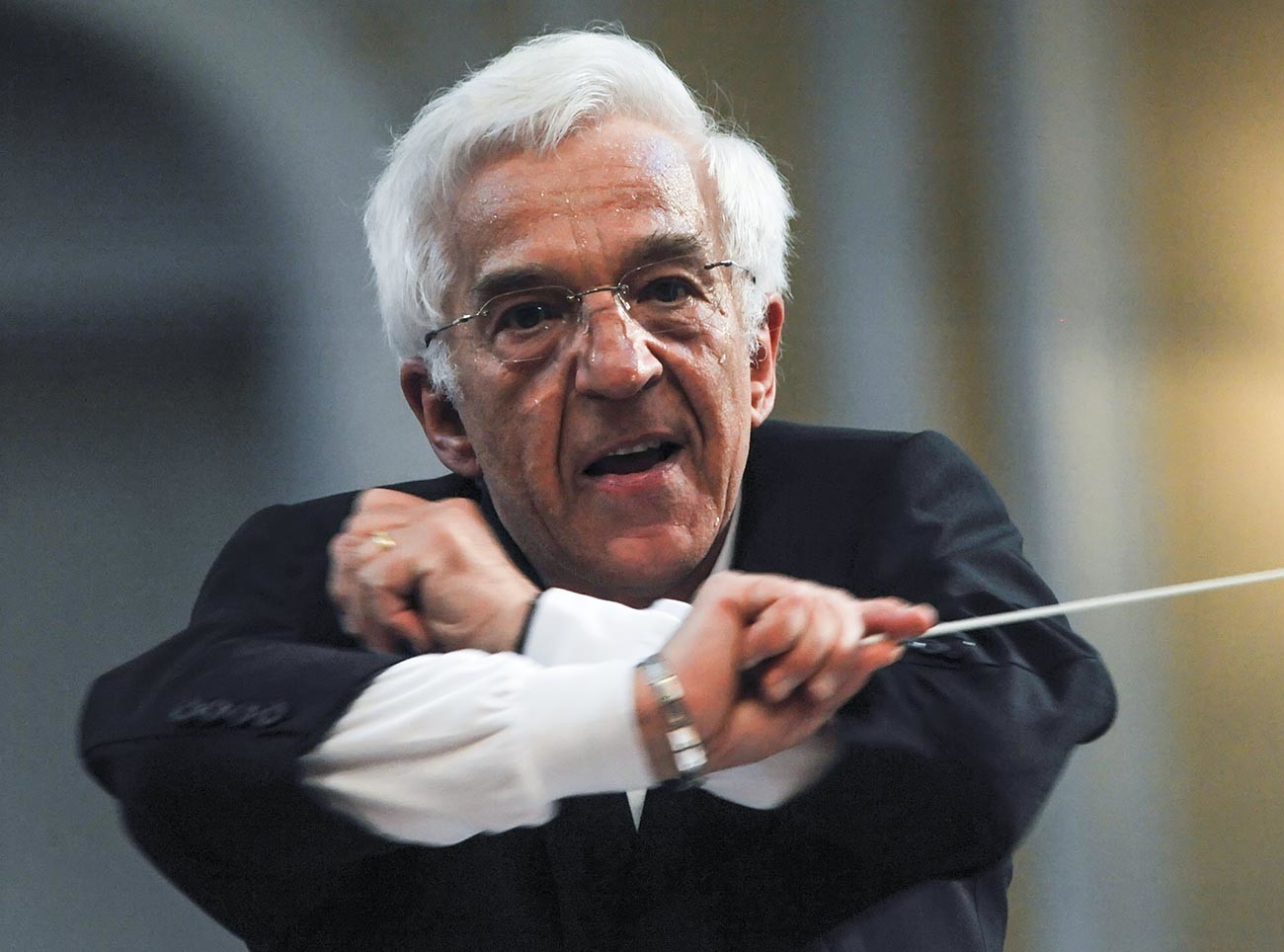 Ashkenazy (b.1937) made a reputation as one of the best pianists and conductors of the 20th century. Like his peers, Vladimir inherited his passion for music from his father, a talented pianist. Vladimir Ashkenazy was born in 1937 in Gorky (now Nizhny Novgorod) and began playing the piano at the age of six. He made his debut on the world stage in 1955 at the Chopin Competition in Warsaw. Ashkenazy shared first prize at the second Tchaikovsky Competition in 1962. Since then, international awards and accolades came his way steadily and consistently.

In 1963, the ambitious musician emigrated to the West, assuming Icelandic citizenship in the early 1970s. In the mid-70s, Ashkenazy took up conducting, which became his major passion in life. He collaborated with some of the world’s best orchestras, including the Royal Philharmonic Orchestra, Berlin Radio Symphony Orchestra and the Sydney Symphony Orchestra, just to name a few.

With depth of expression and flawless technique, his emotional piano performances radiate an air of power and hope. Pianist Daniil Trifonov is the youngest Russian to ever win a Grammy. The musician won in the Best Classical Instrumental Solo category in 2018. “Without question, this is the most amazing pianist of our time,” The Times wrote about Trifonov’s performance of Franz Liszt’s ‘Transcendental Étude No. 4’. 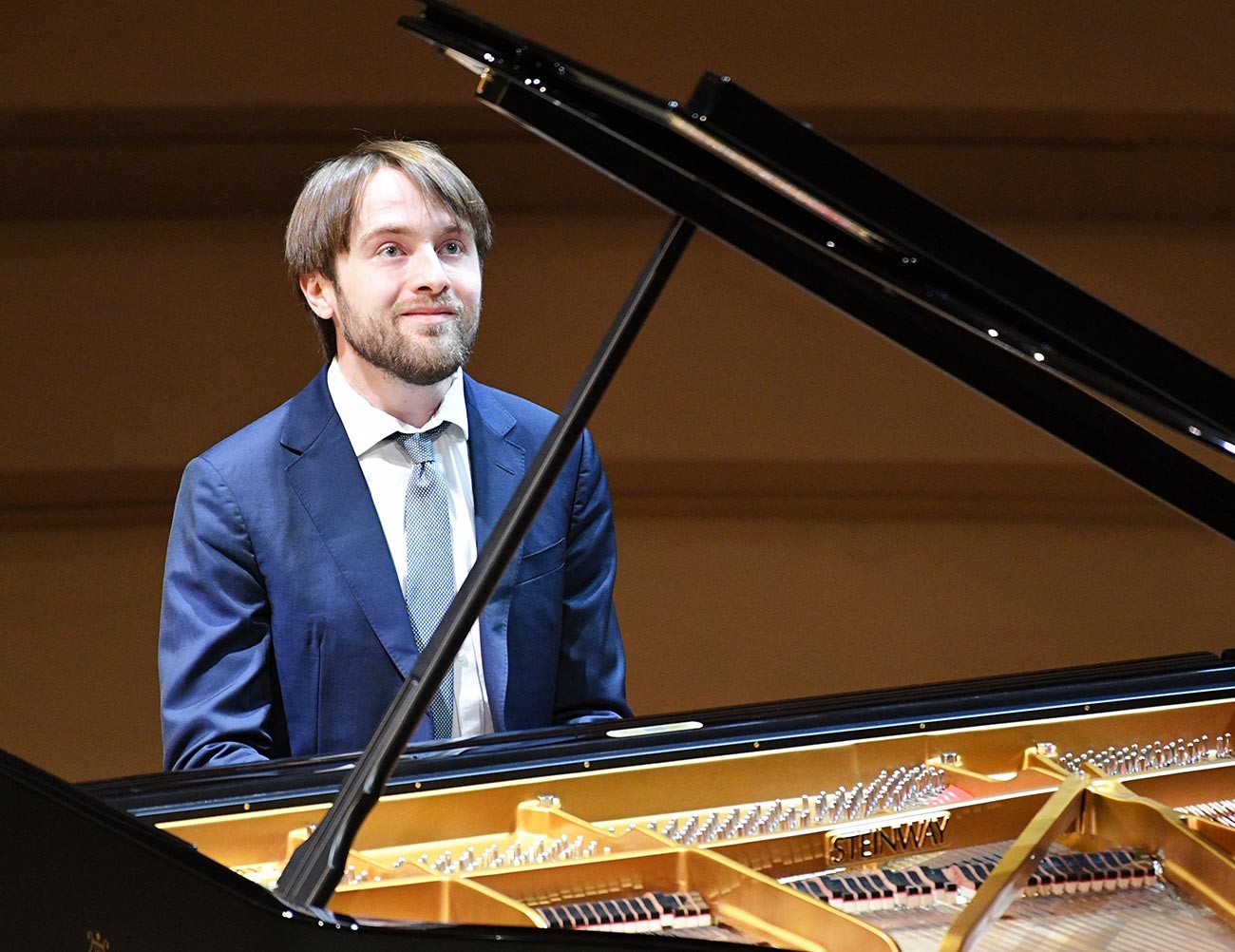 Trifonov was born in Nizhny Novgorod in 1991 and began his musical training at the age of five. He attended Moscow’s Gnessin School of Music and then the Cleveland Institute of Music. Trifonov made waves when he earned top honors at the Tchaikovsky Competition in 2011. He was destined for success! Awards came thick and fast and the classical pianist was soon named ‘2016 Gramophone Artist of the Year’.

Trifonov has played with major American and European orchestras. An eloquent interpreter of Chopin, Rakhmaninov and Tchaikovsky, the New York based artist also writes for piano and records abundantly.

When it comes to awards, probably nobody does it better than Mikhail Gorbachev. In 1990, he received the Nobel Peace Prize. The former Soviet leader also won a Grammy for ‘Best Spoken Word Album for Children’ in 2004. 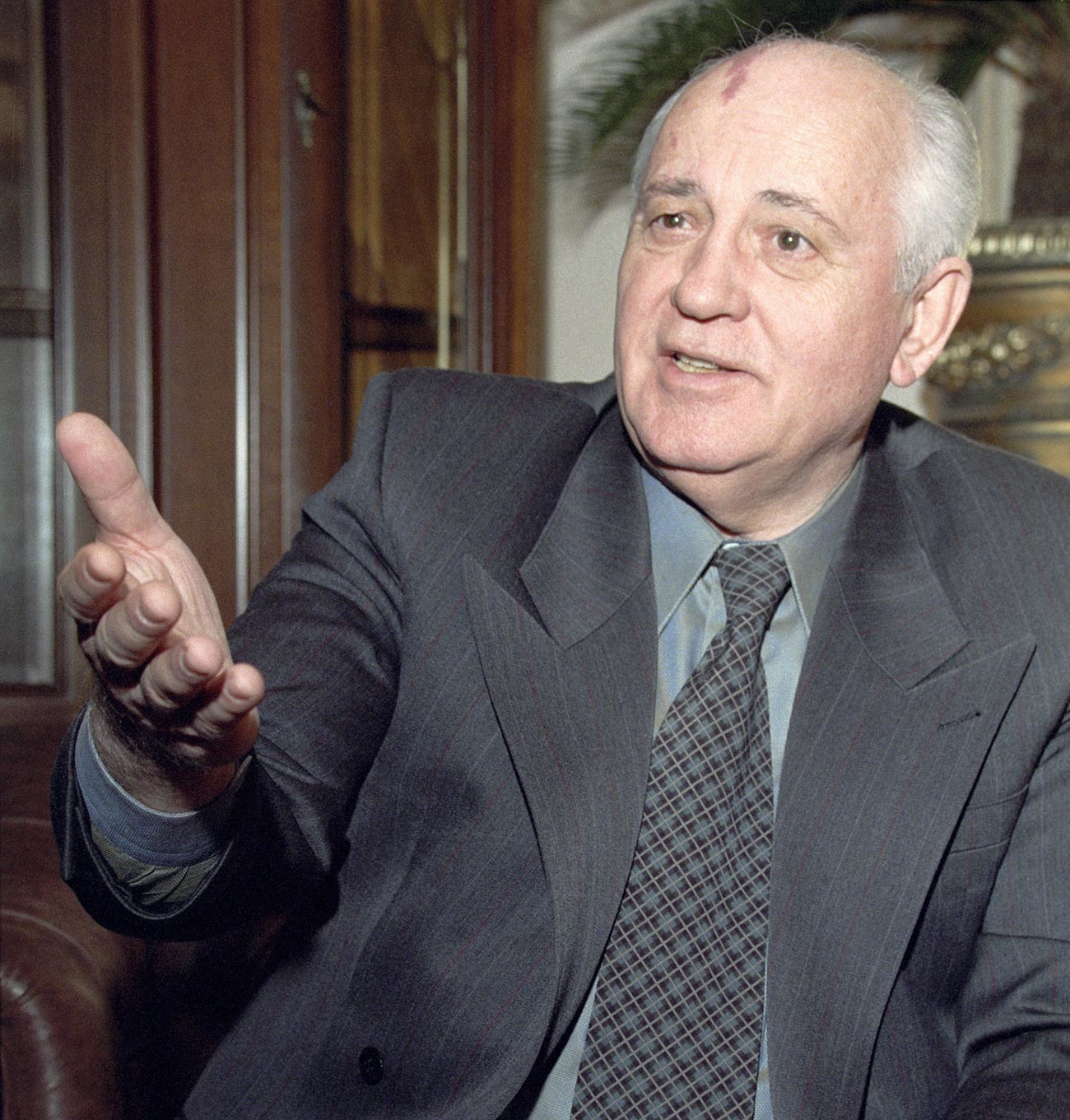 Mikhail Gorbachev, Bill Clinton and Sophia Loren lent their voices to Sergei Prokofiev’s ‘Peter And The Wolf’ and a composition by French composer Jean-Pascal Beintus ‘Wolf Tracks’. While the main version had ‘Peter and the Wolf’ narrated by Sophia Loren in English, ‘Wolf Tracks’ was narrated by the 42nd president of the United States.

Last, but not least, Introduction, Intermezzo and Epilogue were recorded by the man behind Perestroika and Glasnost policies, Mikhail Gorbachev. He spoke in Russian, his signature raspy voice as rich as ever.

A musician of great versatility and integrity, Bashmet first garnered a reputation as an accomplished viola player. He has performed as a soloist with the world’s greatest orchestras, including the Berliner Philharmoniker, New York Philharmonic Orchestra and Vienna Philharmonic. 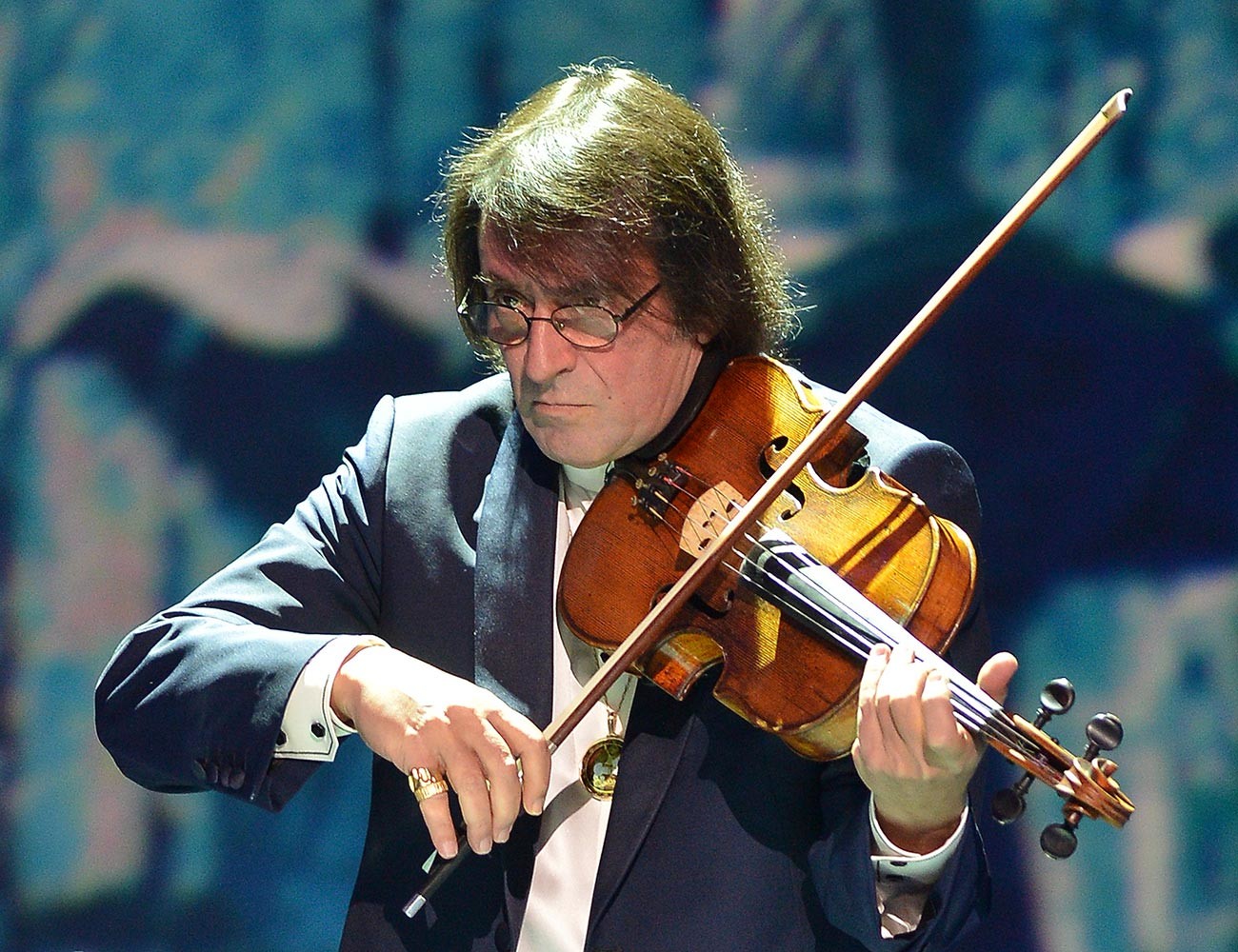 Maestro Bashmet, who was born in the southern Russian town of Rostov-on-Don in 1953, took up the baton in 1985. The following year, he founded the Moscow Soloists chamber orchestra. In the early 1990s, Bashmet was forced to re-found his ensemble, when the original members of the company decided to stay in France for good. His newly-formed orchestra was made from the Moscow Conservatory’s most promising graduates.

At various times, heavyweight musicians, including Svyatoslav Richter and Mstislav Rostropovich, collaborated with the ensemble. In 2008, his Moscow Soloists won a Grammy, becoming the first Russian chamber ensemble to receive the sought-after award.

Prestigious international awards were never a problem for Kremer. In 2001, the violinist won a Grammy for ‘Best Small Ensemble Performance’, entitled ‘After Mozart’. He has always had music in his bones. Kremer’s father and grandfather were professional violinists. Like father, like son, indeed. 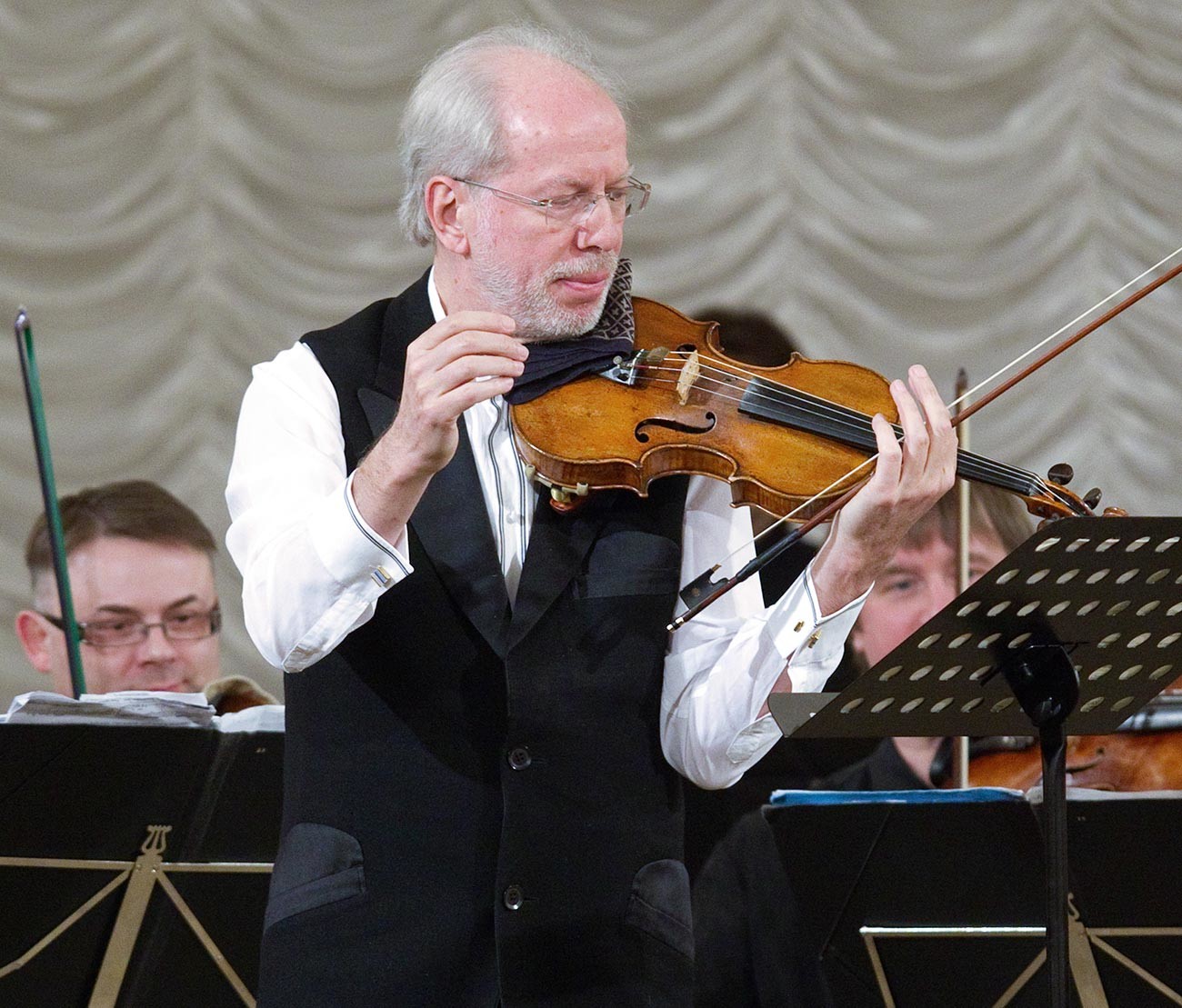 Born in 1947 in Riga (then Latvian SSR), Gidon Kremer took to music at an early age. He had his first violin lessons when he was four. In 1969, Kremer graduated from the Moscow Conservatory, where he studied under David Oistrakh. In 1980, he emigrated from the USSR for better opportunities in West Germany. In 1997, Kremer, one of the greatest musicians of his generation, founded the Kremerata Baltica chamber orchestra.

His repertoire includes a variety of music, from classical to avant-garde orchestral music. Kremer has always been a great admirer of works by Russian composers, including compositions by Mieczysław Weinberg.

After six nominations, 2004 finally brought the towering musician his first Grammy. Born in 1974, Maxim embarked on a career as a solo violinist at the age of just five. His mother was a director of a choir at an orphanage, while his father worked as an oboist in the Novosibirsk Philharmonic Orchestra. 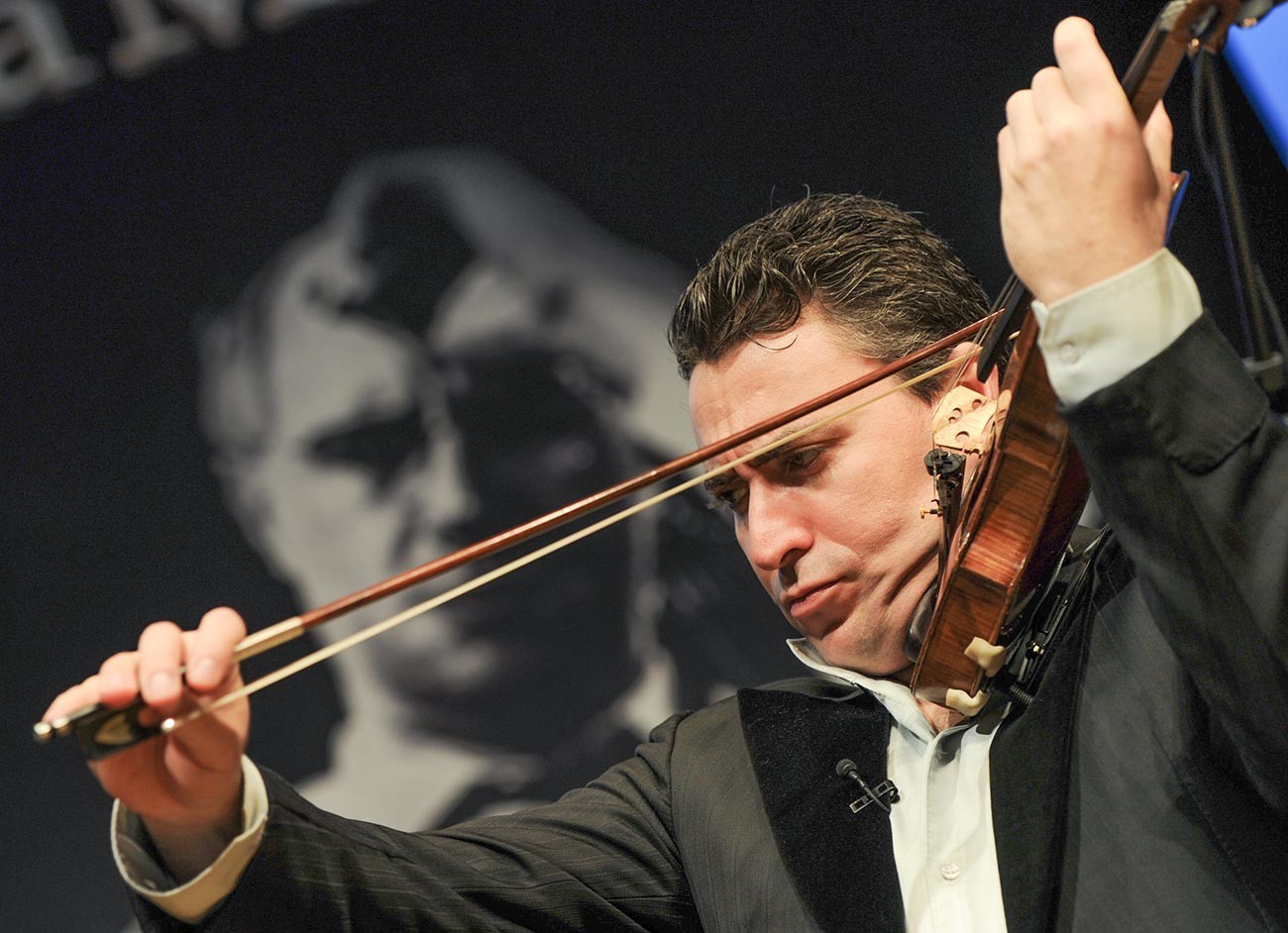 Maxim Vengerov made his first recording at the age of ten. The musician’s path to success required hard work, drive and dedication. He also won the International Henryk Wieniawski Violin Competition at ten and the Carl Flesch tournament at 15. Since then, Vengerov has lived up to his reputation as one of the most in-demand soloists of classical music.

To broaden his horizons, Vengerov took up the baton in 2008. He has led many of the world’s great orchestras, including the Montreal and Toronto Symphony Orchestras.

Pletnev is considered one of the world’s greatest interpreters of Pyotr Tchaikovsky, but won a Grammy for ‘Best Chamber Music Performance’ of Sergei Prokofiev and Maurice Ravel in 2005. 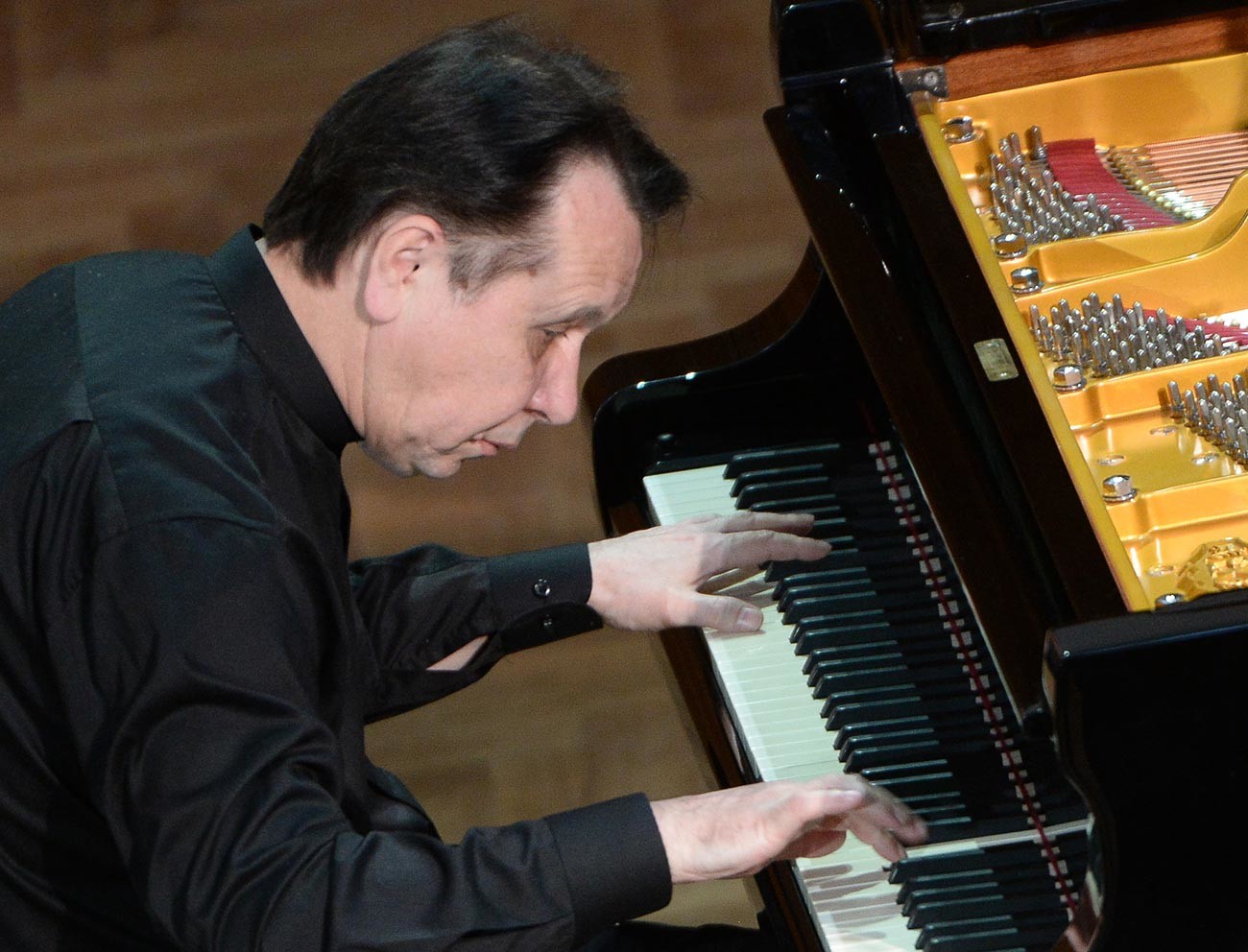 Mikhail was born in 1957 into a musical family in Arkhangelsk. He followed in his mother’s footsteps, studying piano at the Moscow Conservatory. At 21, Pletnev shot onto the international stage as a pianist who won first prize at the prestigious Tchaikovsky Competition. He toured the world extensively and collaborated with major orchestras as a pianist.

READ MORE: 5 extraordinary musicians made famous by the Tchaikovsky Competition

Pletnev made his conducting debut in 1980 and has since then performed as a guest conductor with a number of leading orchestras, the London Symphony, City of Birmingham Symphony and Los Angeles Philharmonic among them.

Kissin was a child prodigy pianist. Born in Moscow in 1971, he began piano lessons at the age of two. Evgeny enrolled in music school for gifted children at six and, in 1984, already performed Chopin’s Piano Concertos in the Great Hall of the Moscow Conservatory. 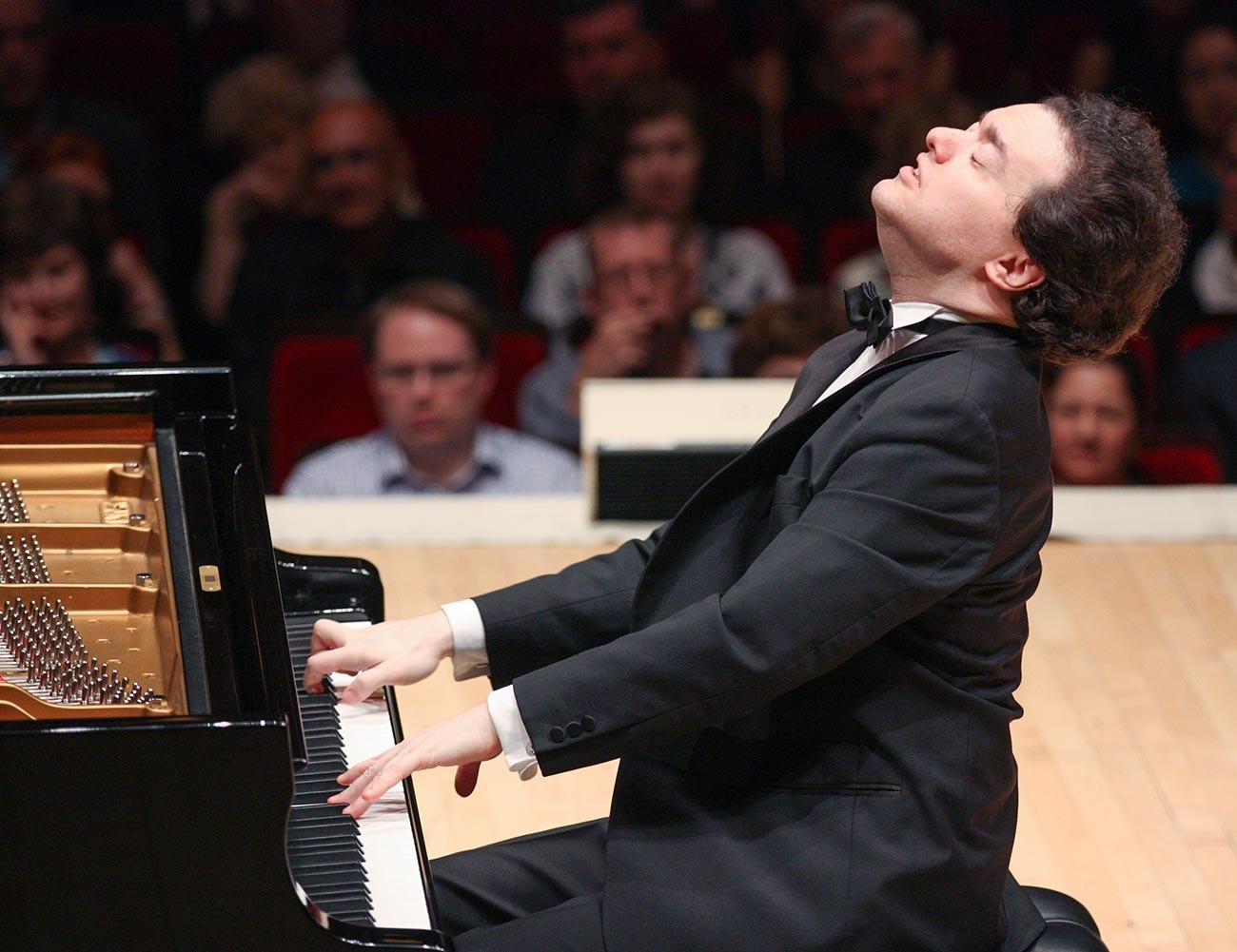 In the late 1980s, Kissin zigzagged across Europe with the Moscow Virtuosi and Maestro Vladimir Spivakov. In 1988, the pianist performed with Herbert von Karajan and the Berlin Philharmonic and, two years later, with the New York Philharmonic conducted by Zubin Mehta. He has won tons of awards, including the Shostakovich Award and the Herbert von Karajan Music Prize.

Kissin earned 12 Grammy nominations, with a total of two wins (for Prokofiev’s Piano Concertos Nos. 2 & 3 and Scriabin, Medtner, Stravinsky). So far so good.

The recording of Verdi’s comic opera ‘Falstaff’ - with Domashenko in the limelight - won the Grammy Award for ‘Best Opera Recording’ in 2006. 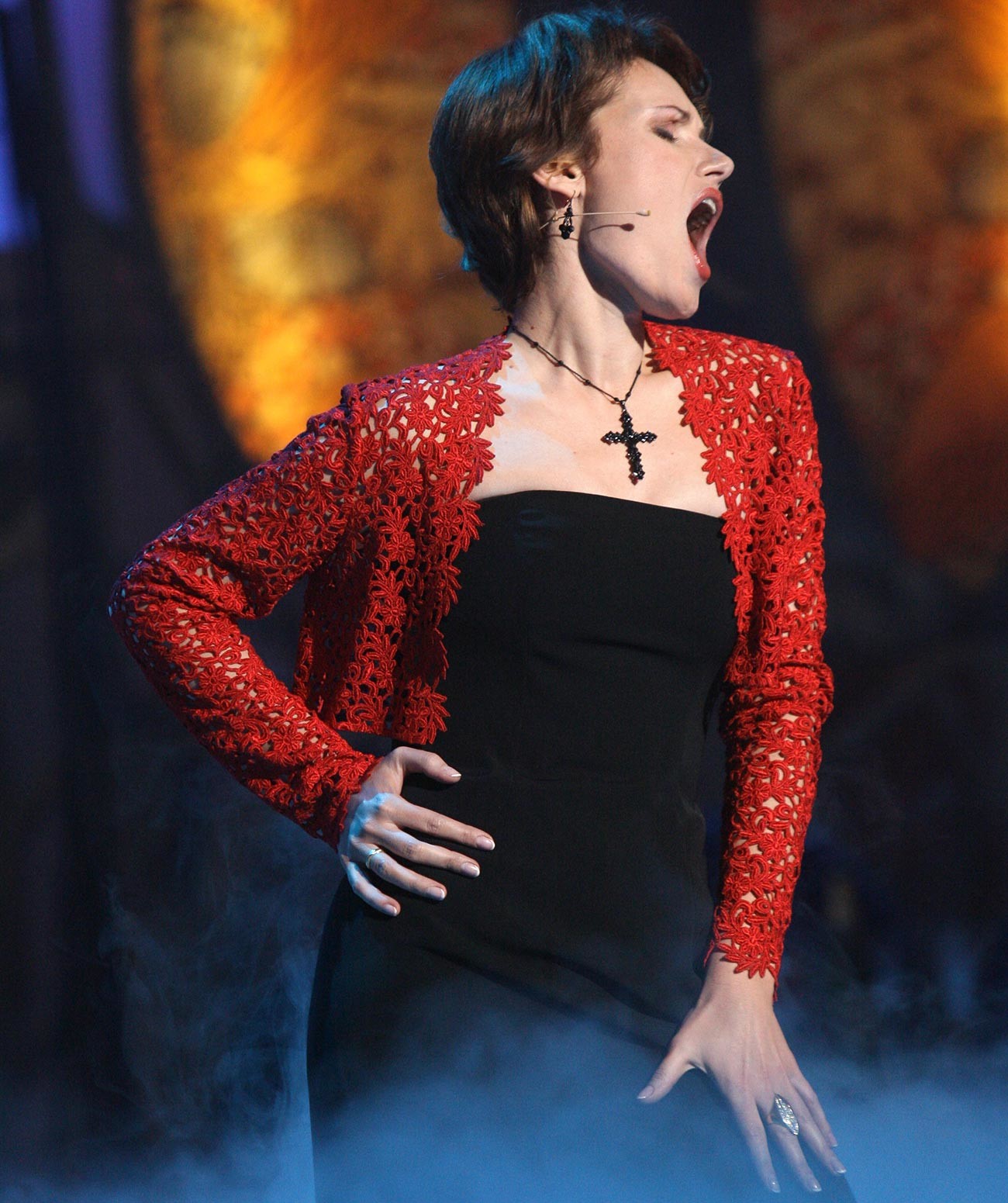 The Russian operatic mezzo-soprano was born in the Siberian city of Kemerovo in 1979. As a child, Marina took piano lessons and later graduated from the Kemerovo State Institute of Culture as a pianist and orchestra conductor.

Her singing career took off after she enrolled in a vocal department of the Ural State Conservatory named after Mussorgsky. She won first prize at the Antonín Dvořák Singing Competition in Karlsbad in 1997 and at the International Competition for young opera singers in Italy in 1999.

In 2002, Domashenko won the Diva Award of Philadelphia Opera.

Oroveso in Bellini’s ‘Norma’ and Selim in Rossini’s ‘Turk in Italy’, Banquo in Verdi’s ‘Macbeth’ and Philip II in ‘Don Carlo’, Boris in Mussorgsky’s ‘Boris Godunov’ and Leporello in Mozart’s ‘Don Giovanni’. 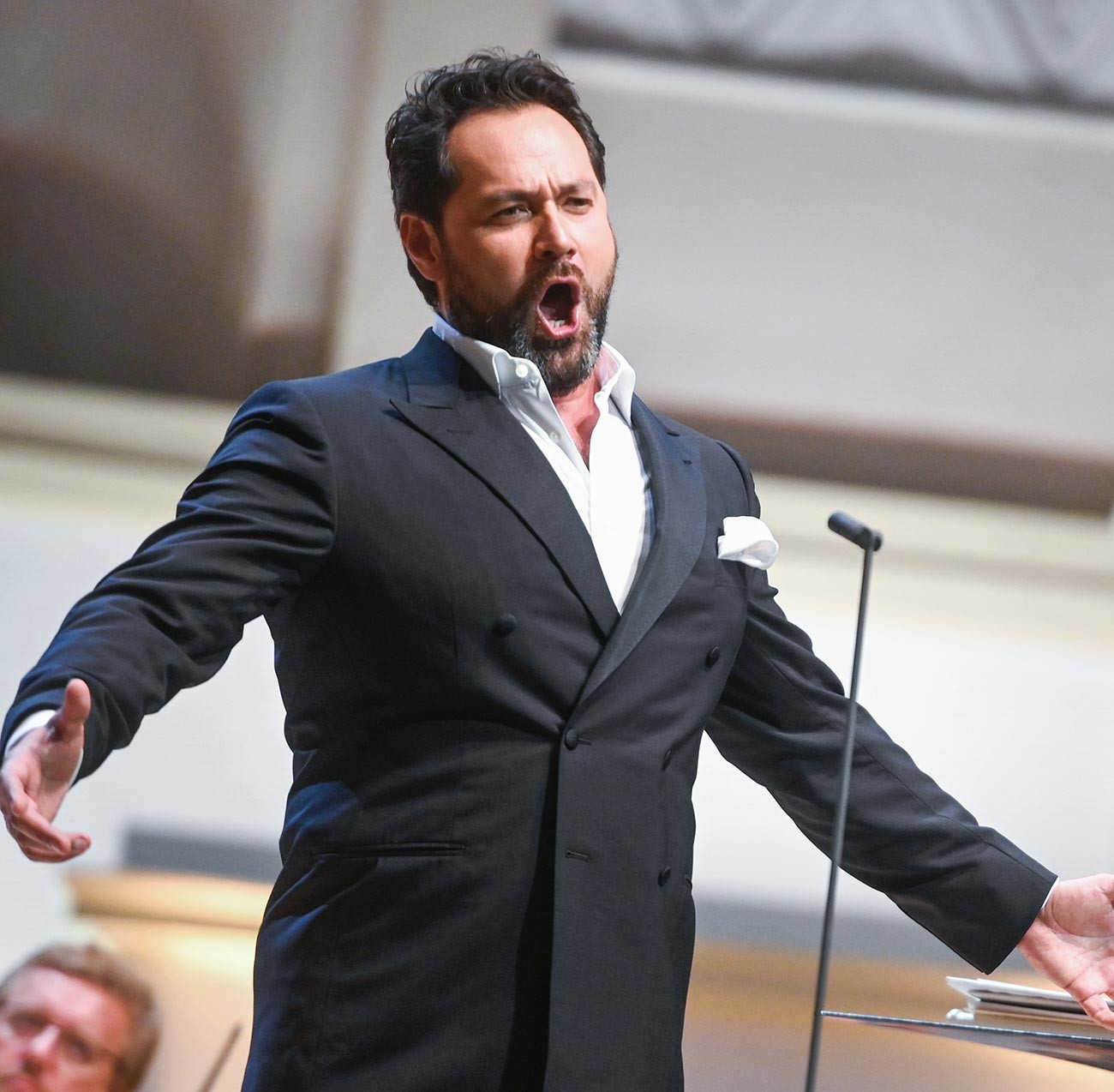 The recording of Verdi’s ‘Requiem’, featuring Abdrazakov, by the Chicago Symphony Orchestra under Riccardo Muti, received two Grammy awards in 2010.

The Russian bass grew up in Bashkiria and graduated from the Ufa State Institute of Arts. In 1997, he won the International Glinka Competition and was invited to join the legendary Mariinsky Theater in St. Petersburg. But it’s the singer’s win at the Maria Callas TV Competition in Italy that catapulted his international career.

At the age of 25, Abdrazakov made his debut at La Scala. Since then, he has performed at some of the world’s greatest venues, including the Metropolitan Opera, the Opéra de Paris and the Royal Opera House, just to name a few. Abdrazarov has been captivating audiences for more than 20 years.