9 NEW names in Russian ballet that you should know 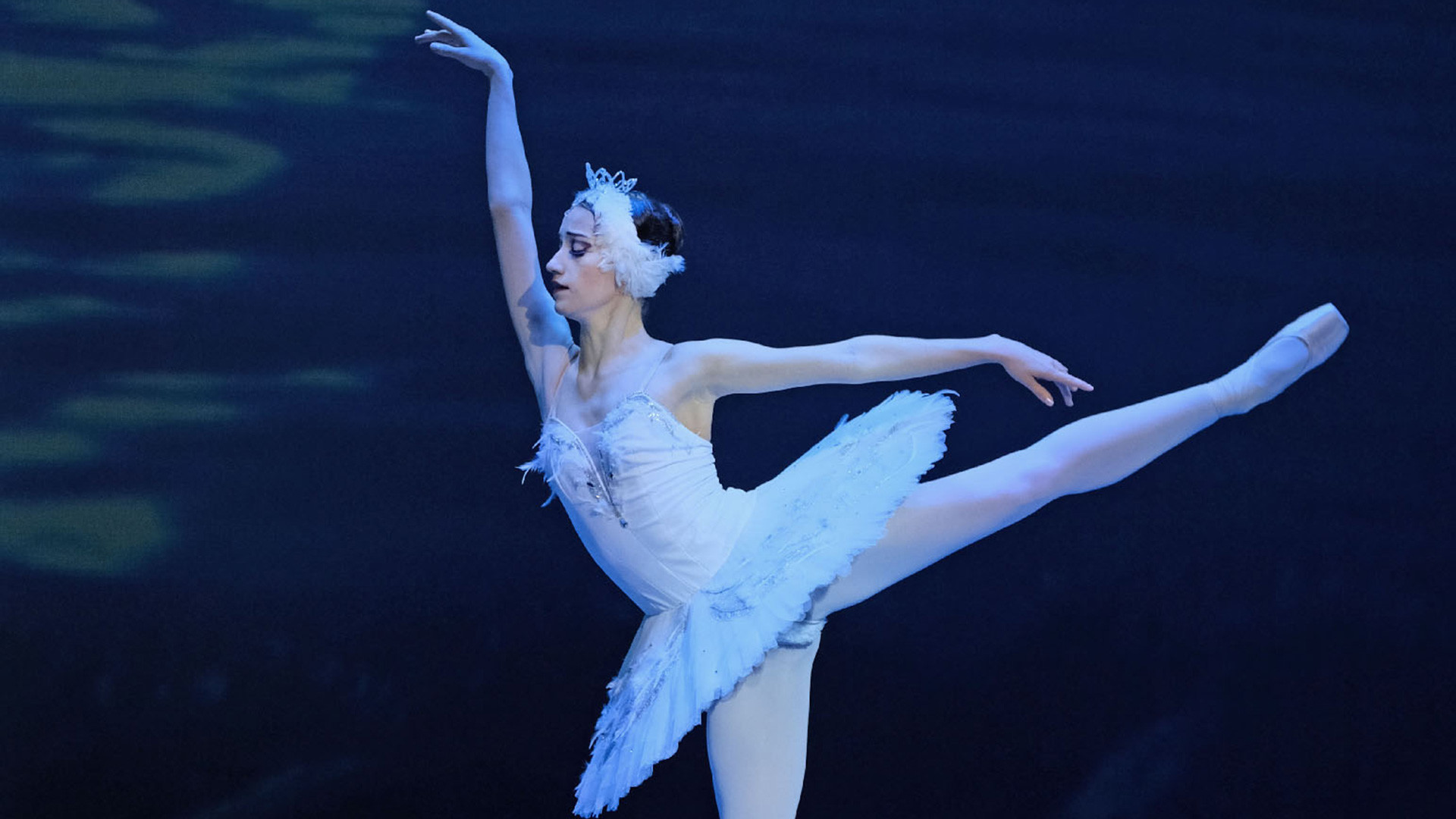 The Hvorostovsky Krasnoyarsk Opera and Ballet Theater
We have rounded up the rising stars, not only from Moscow and St. Petersburg, but also regional theaters. 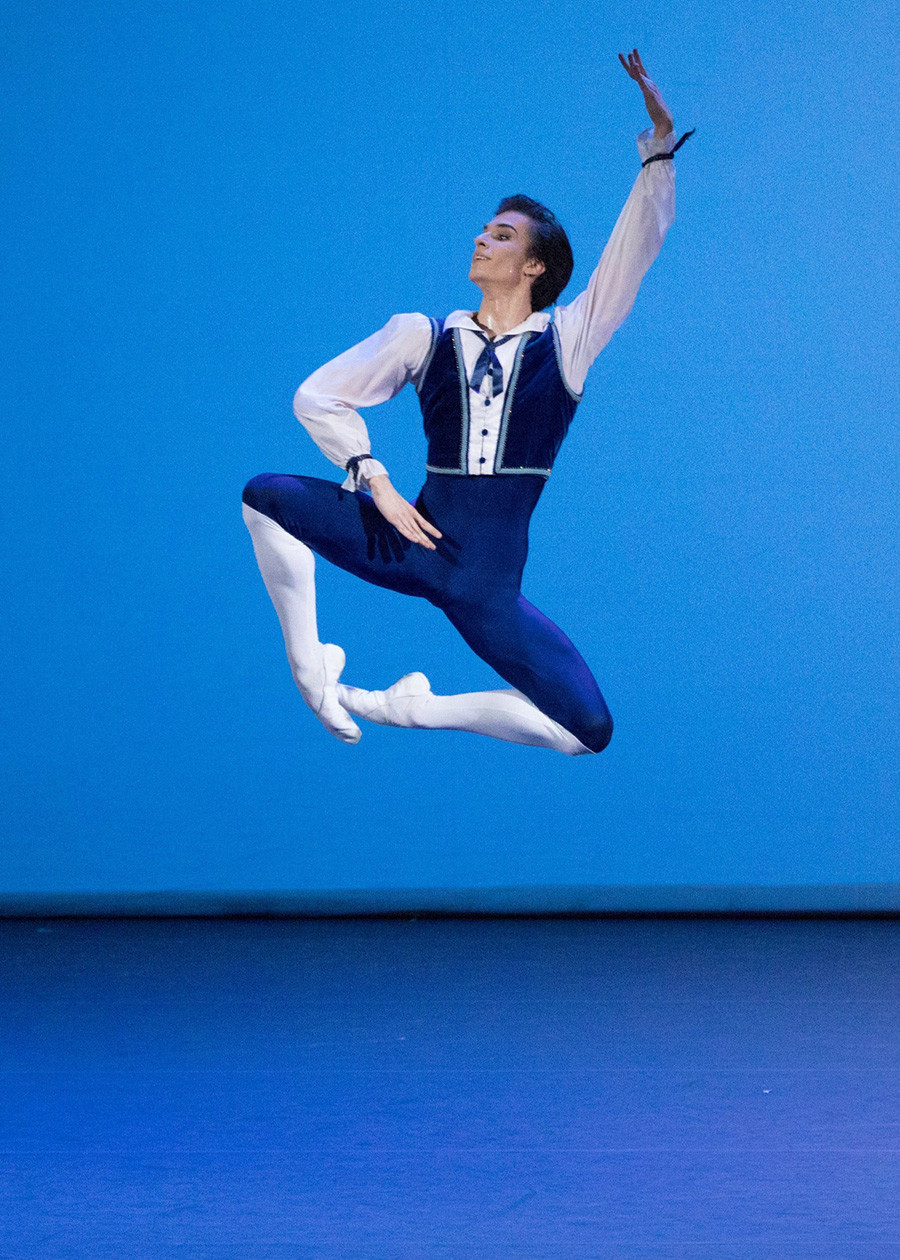 Once again, as 30 years ago, the Bolshoi Theater has a whole new generation of rising stars. In the front row is 22-year-old Denis Zakharov. A powerful flying leap, a soft and, at the same time, dynamic pirouette and an ability to switch easily from the bucolic La Fille Mal Gardée to the ironic Cipollino - these were the qualities that got Zakharov noticed at his first appearances on the big stage. This was two years before he graduated from the Moscow State Academy of Choreography. During his last year at the Academy, at the invitation of the Bolshoi's ballet director, Makhar Vaziev, Denis made his debut in The Sleeping Beauty, in which he danced the virtuoso part of the Bluebird. This was unprecedented in the history of the Bolshoi - until then, only girls had been given this honor.

It is not surprising that, at the Bolshoi, Denis has been given carte blanche to dance the parts of princes - in the past three years, he has appeared as the Nutcracker/Prince, Prince Désiré in the The Sleeping Beauty, Principal Dancer in Etudes and romantic James in La Sylphide.

But arguably his best role to date is the part of the Evil Geniust in Swan Lake. The part was passed on to him by one of its early performers, Valery Lagunov. 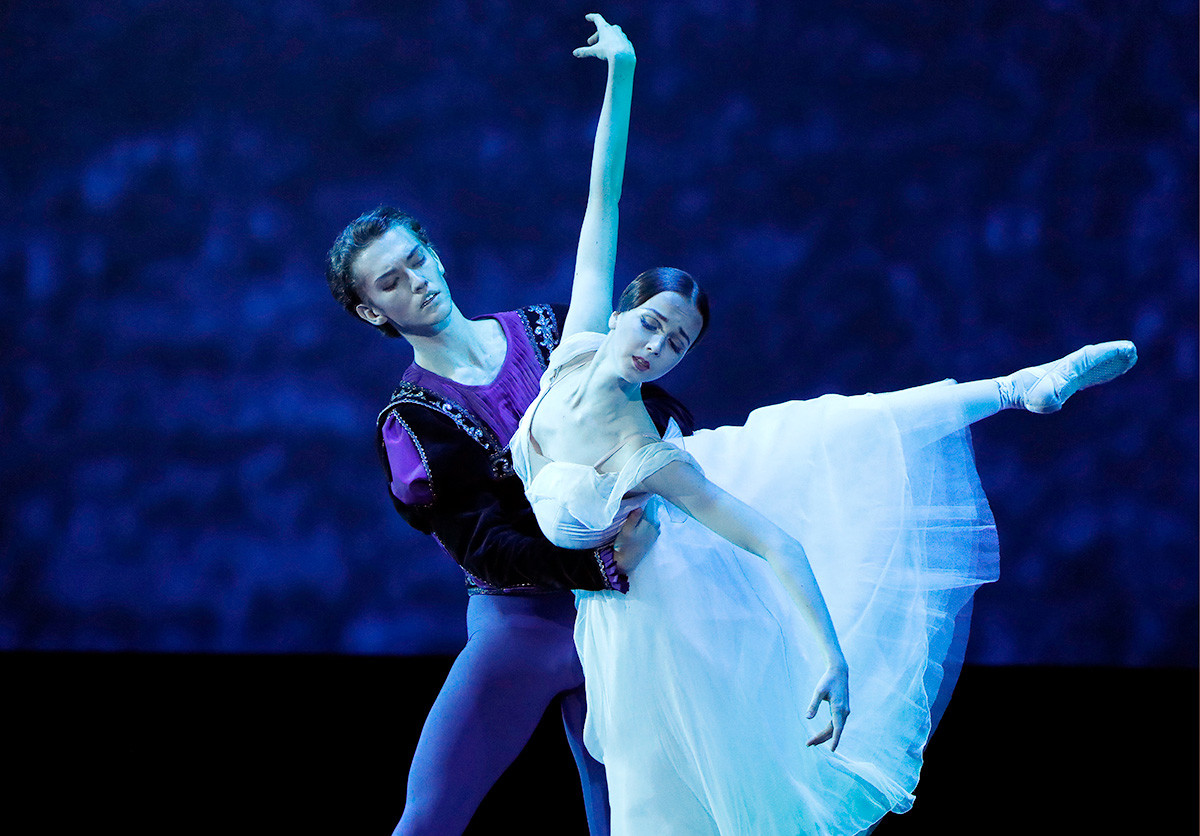 In the rankings of the Mariinsky Theater, she occupies the modest place of soloist. At present, there are not many leading parts in her repertoire, but each role has become an event.

Ilyushkina not only has excellent looks and physical qualities. Her style of dancing has its own incomparable “timbre”. She is a steadfast Odette and a naive Odile delighted to attend her first ball in Swan Lake; she is the Lilac Fairy in The Sleeping Beauty, who makes you believe that the good will triumph; and she is equally the youthful Raymonda.

Maria’s ballet career is typical of someone with a St. Petersburg background: She started with rhythmic gymnastics and then joined the Vaganova Academy of Russian Ballet; at the end of her time there, she was awarded a Gold Medal at the Valentina Kozlova International Ballet Competition in New York and, in 2016, was accepted into the Mariinsky Theater company. Like everyone else, she started in the corps de ballet, but stood out even among the Big Swans in Swan Lake. And when she was given her first solo parts, ballet enthusiasts began to flock to three-act performances to see her variations of one or two minutes’ duration. 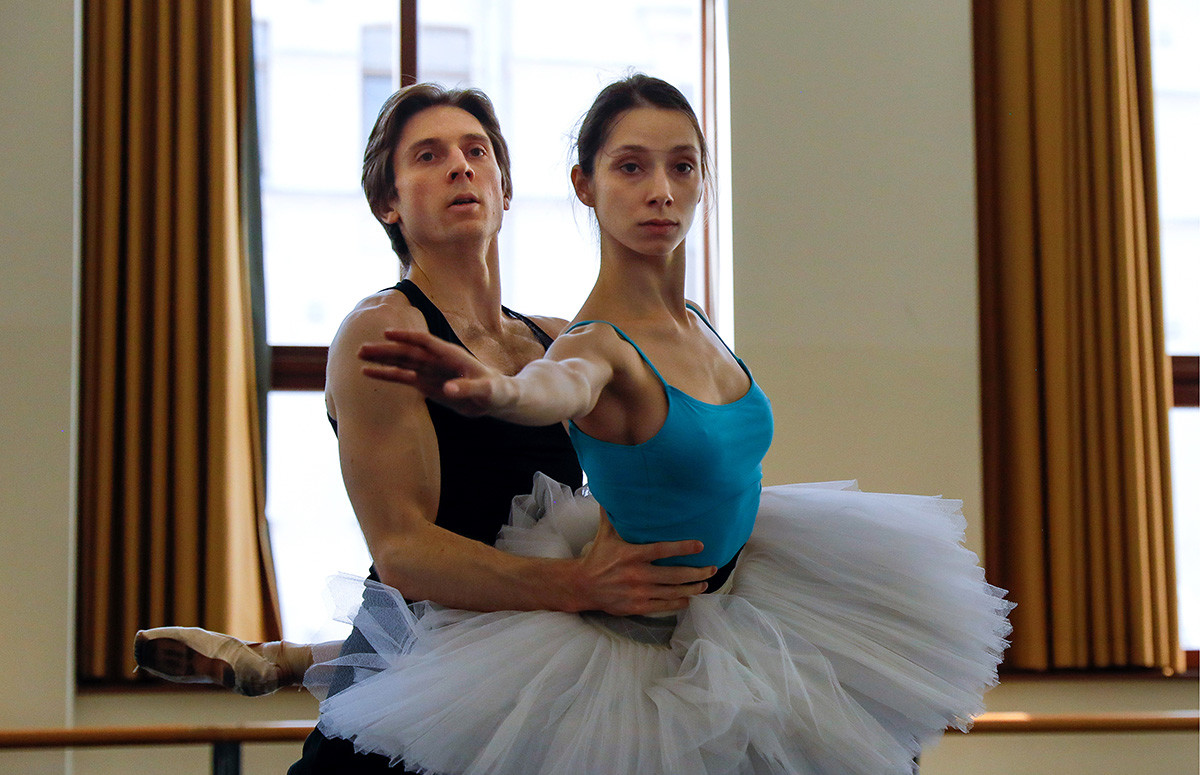 Ksenia Shevtsova and principal dancer Dmitry Sobolevsky during a rehearsal

After graduating from the Vaganova Academy in St. Petersburg, Ksenia was expected to join the Berlin State Ballet, but ended up in Moscow at the Stanislavsky and Nemirovich-Danchenko Music Theater. She has been no stranger to changes of cities and circumstances: She grew up in Samara and went to ballet school there. Mobility is what distinguishes Shevtsova. While still at the academy, she already performed a lot and had an extensive repertoire for a schoolgirl. Admittedly, she started in the theater with… “standing with a candelabra”.

But, one day, on tour in Munich, the prima ballerina sustained an injury at the beginning of a performance and Ksenia, who was seated in the audience watching the performance, jumped on stage in the middle of an act. With practically no preparation and without makeup or time to do her hair, she danced the most difficult part of Mary Vetsera in Mayerling. This opened the way to Swan Lake, Giselle and La Bayadère.

And, after Frenchman Laurent Hilaire was appointed artistic director of ballet at the Moscow Stanislavsky Theater, her repertoire has significantly broadened out and now includes memorable performances in the neoclassical Suite en Blanc by Serge Lifar and William Forsythe's austere The Second Detail. 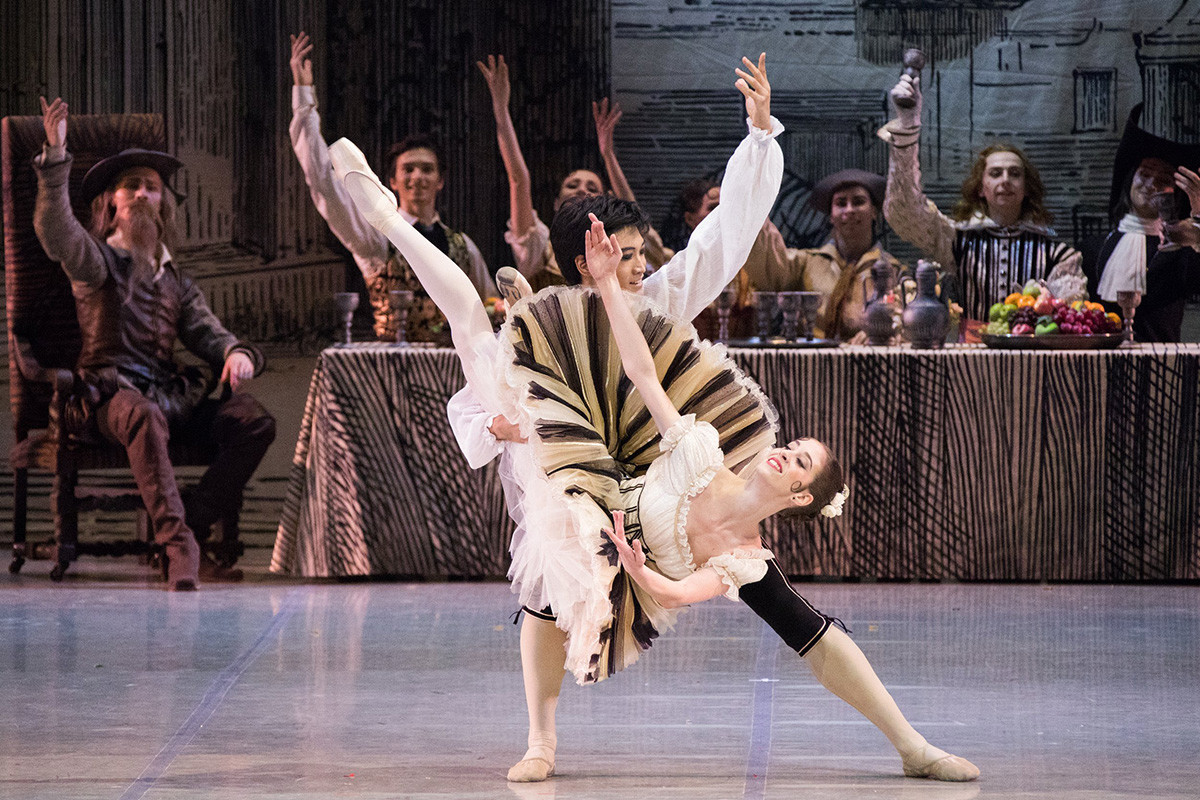 “She is a very perceptive dancer - she knows how to listen. And she is not afraid of changing,” is how Daria Pavlenko, until recently prima ballerina at the Mariinsky Theater, describes her pupil. She first met Sofia in the rehearsal room of the Leonid Yacobson Ballet Theater. This small company, which performs at the Mariinsky, the Alexandrinsky and the Mikhailovsky theaters, attracts more attention with each passing year - it even puts its own distinctive stamp on the staging of classical ballets.

Matyushenskaya was discovered in Don Quixote, which Johan Kobborg, the Danish dancer and choreographer and star of the Royal Ballet in London, was invited to stage. In her first season at the theater, Sofia proved an ideal Kitri. For this role, she was nominated for the Russian national theater award, the Golden Mask. This gave her career a boost: In the course of six seasons she danced Masha in The Nutcracker, Princess Aurora in The Sleeping Beauty and Giselle and took part in the world premiere of the ballet The Queen of Spades. 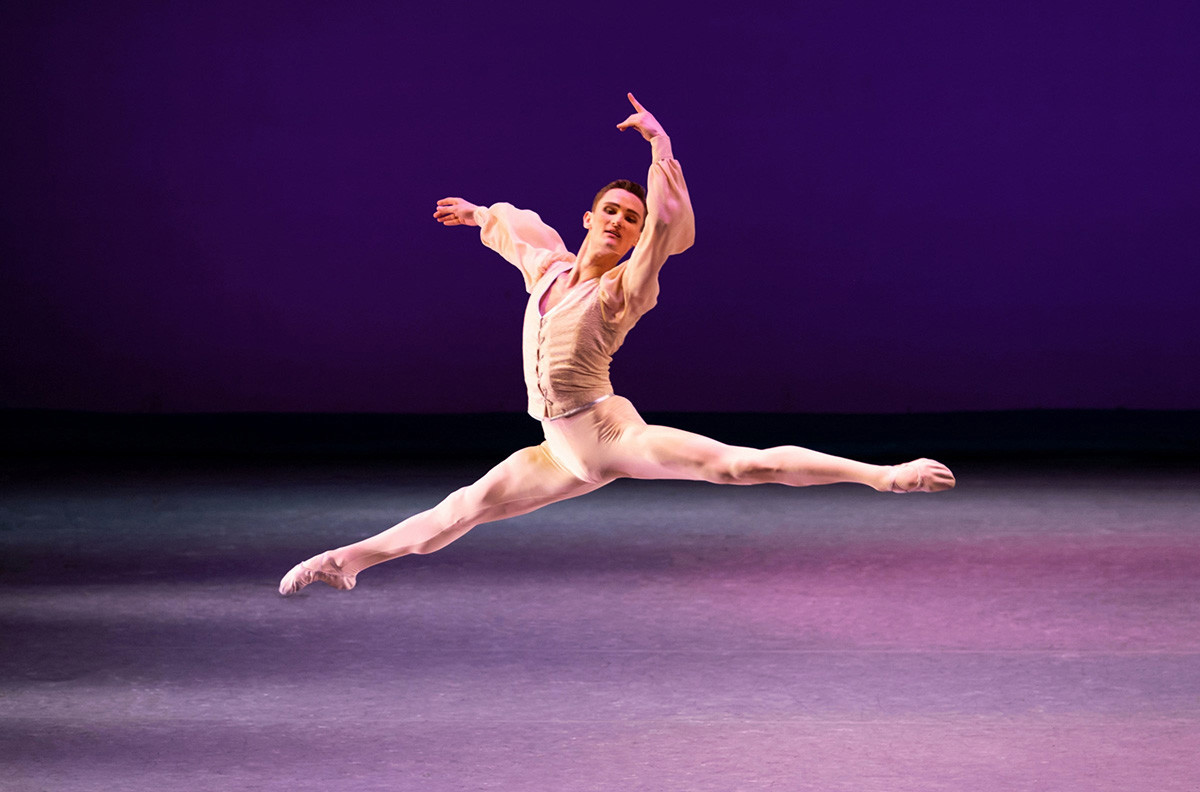 Arsenty Lazarev in the Walpurgis Night

He became a star while still at school: Long before receiving his graduation diploma from the Novosibirsk Choreography College, Arsenty was winning prizes at international competitions in Bishkek, Yekaterinburg and St. Petersburg. And yet, for the son of a metalworker from the settlement of Moshkovo in Novosibirsk Region, the invitation to join the Bolshoi Theater company was a sensation.

It has to be said that a few months later, the dancer decided to join the Ural Opera Ballet Theater in Yekaterinburg. “Intelligent. Versatile. Open to experimentation. Combines charisma with virtuosity,” is how Vyacheslav Samodurov, artistic director at Ural Ballet, describes the 22-year-old principal dancer. In his first season, the recent school leaver was already engaged by Samodurov for the premiere run of the ballet, Paquita. Within a year, Lazarev was dancing the world premiere of The King’s Command. All the legendary ballet princes have also become part of his repertoire. 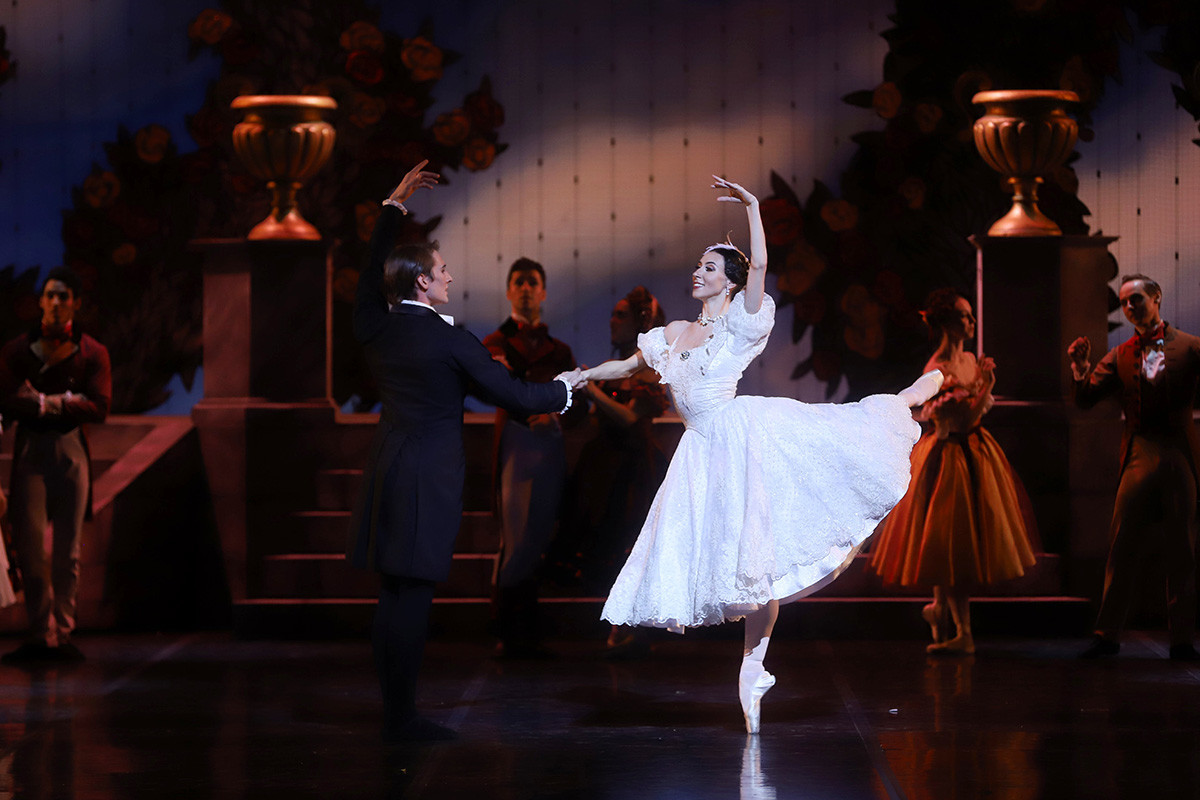 Ksenia Ovchinnikova as Actress in Straussiana

A performance of the one-act ballet Straussiana by the classic Soviet choreographer Vladimir Burmeister is under way in the Samara Theater of Opera and Ballet. To the strains of Strauss’ Blue Danube, it paints a picture of 19th century Viennese bourgeois life. It is difficult to pick out individual characters from the crowd of dancers until a lady in a snow-white costume and a plumed hat appears on stage. From that moment, it seems that the waltz is being played only for her.

Ksenia Ovchinnikova, performing the part of The Actress, is made for this magnetic role: She has the gift of focusing the audience’s attention on herself. This knack did not come straight away, although, as an alumna of the Perm Choreography School, she swiftly gained a leading position in the company. It took a number of years before, from behind the dancer’s solid technical training, her other talents emerged. Today, she can be seen as Odile in Swan Lake, Kitri in Don Quixote and Medora in Le Corsaire. 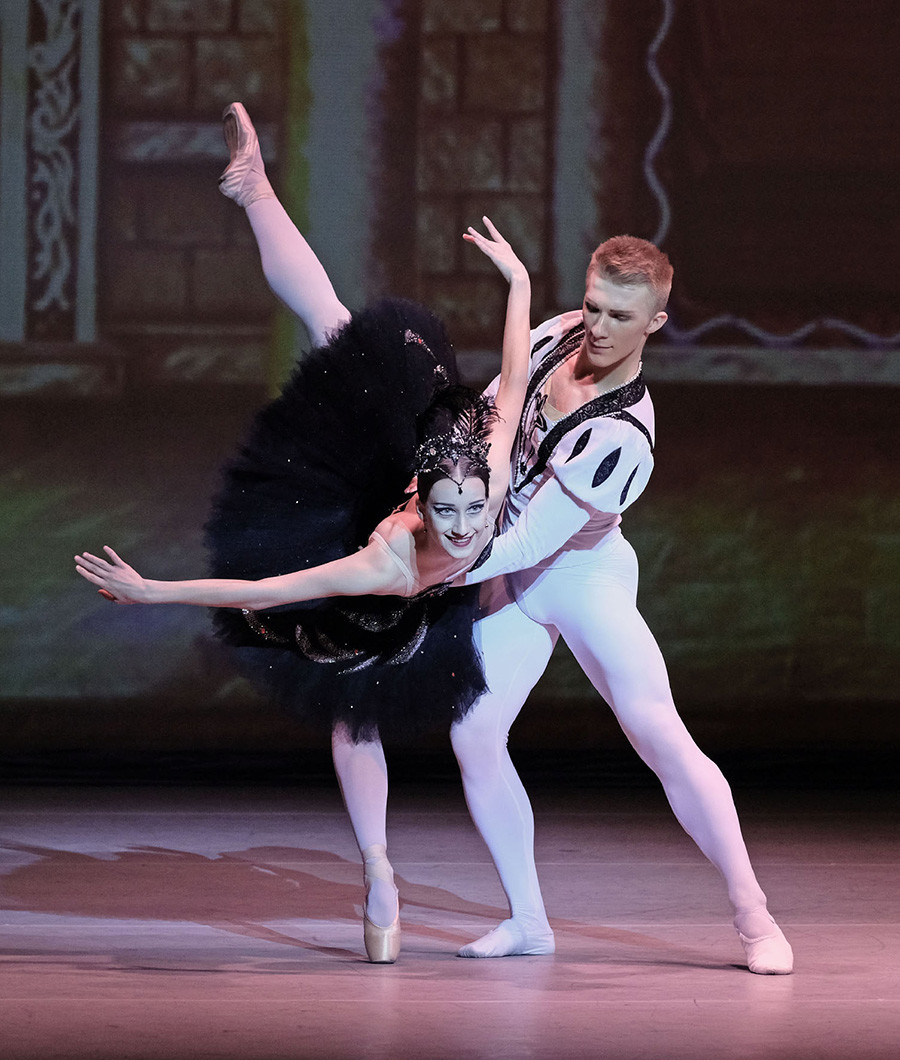 Twenty-four-year-old Elena first commanded attention as a student: She started winning prizes at international competitions when she was still in the lower grades of the Krasnoyarsk Choreography School and joined the Krasnoyarsk Theater in 2016. She began learning to dance at the age of four. Her parents (mom is a doctor and dad works in a factory) have no connections to the theater, but Elena’s elder sister, Svetlana, blazed a trail into the ballet world: She is currently principal soloist at the Leonid Yacobson Ballet Theater in St. Petersburg.

Unlike her sister, Elena remained in her hometown, where she was immediately offered the position of soloist. Possessed of finely turned legs, Svinko is the embodiment of the contemporary type of ballerina - tall, bold and equally at home in the classics and in contemporary choreography. This is also reflected in her repertoire, in which the romantic Giselle rubs shoulders with the playful Swanhilda (Coppélia), the feisty Kupava (The Snow Maiden) with Carmen and the courtly Princess Aurora (The Sleeping Beauty) with the touching Cinderella. 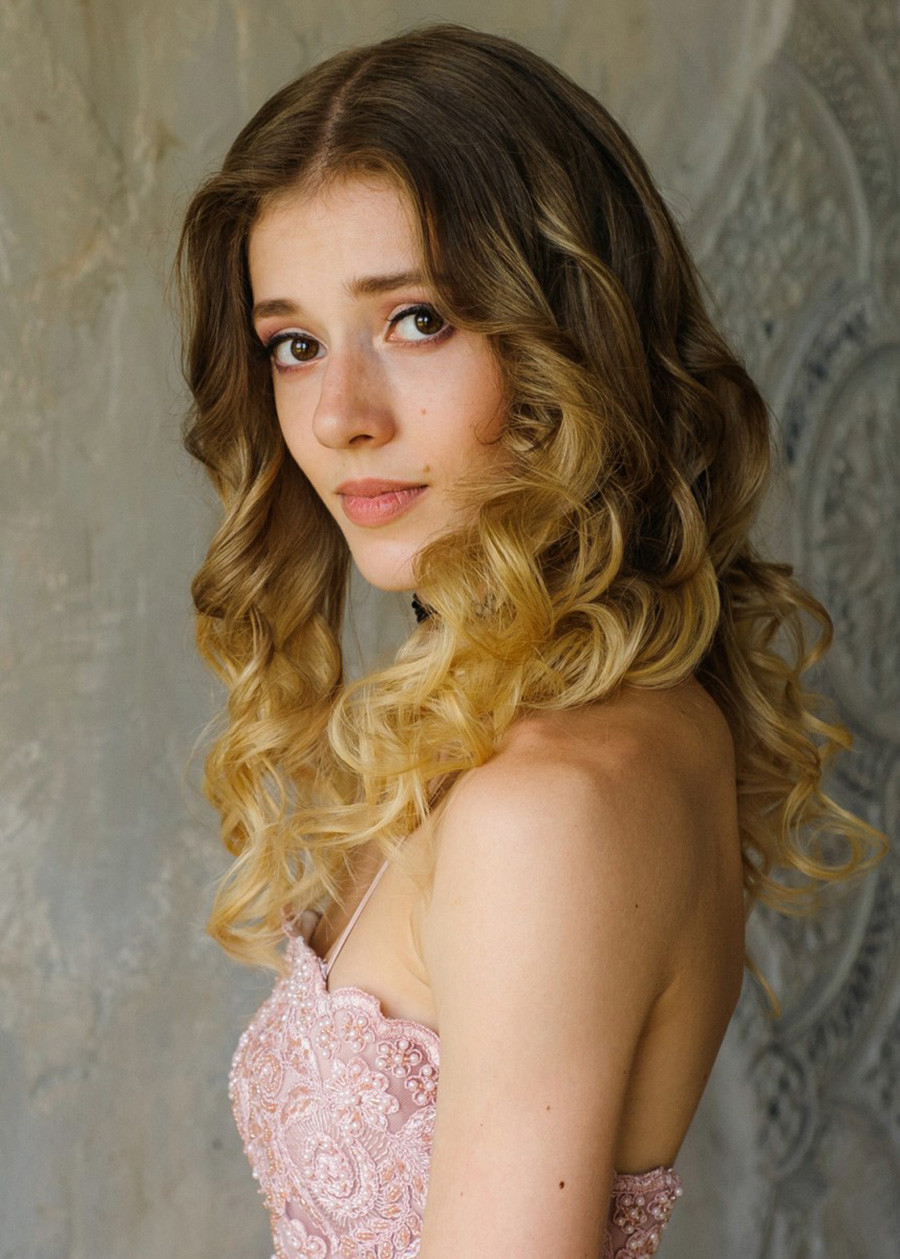 Twenty-two-year-old Diana rose to prominence when she was given the main role in the 20-minute ballet, Deva, inspired by the ancient myth of Artemis. It was staged by young Moscow choreographers at the Voronezh Theater of Opera and Ballet, where Diana is spending her third season.

Kusturova, who came to ballet from rhythmic gymnastics, is tall, with “infinitely long” arms and legs and an enormous stride and dazzles without resorting to the standard balletic stunts. She is capable of them when the need arises, however - her repertoire includes Odette/Odile in Swan Lake, the Lilac Fairy in The Sleeping Beauty, Myrtha in Giselle and Gulnare in Le Corsaire. 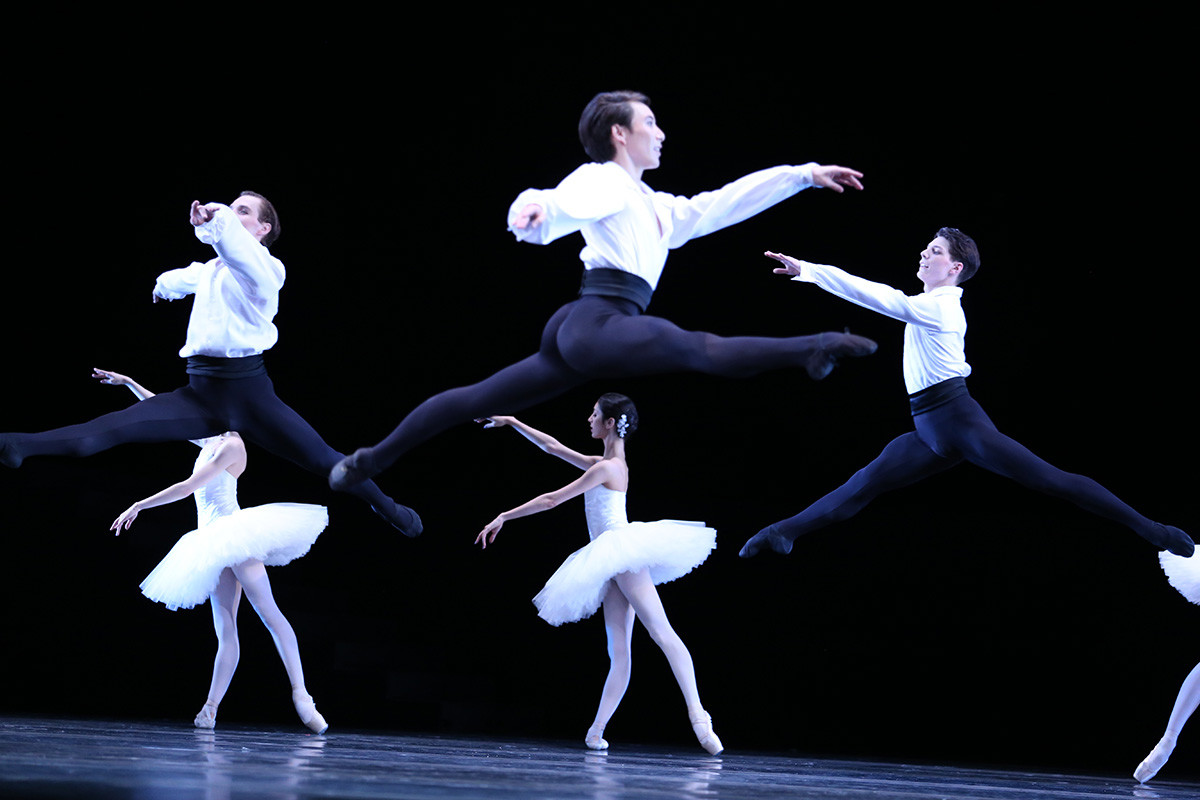 He was brought to ballet by his mother - or, rather, she took him from their village to the Yakutsk Choreography School. But, even during his school years, he taught himself to set ambitious goals. As a result, at the age of 13 he ended up in New York, reaching the Youth America Grand Prix final, and Sochi, where he got noticed by Yury Grigorovich in the Young Ballet of the World competition. Thus Afanasyev came to the Yakutsk Theater in 2010 not as a member of the corps de ballet but as a soloist in his own right.

He makes up for his short height and heavy build with a powerful leap, élan and rapid-fire pirouettes. And Saryal initially had an appropriate repertoire - Basilio in Don Quixote, Solor in La Bayadère and Spartacus. Having got to the top in the company hierarchy, Afanasyev seized his chance and became a soloist at Moscow’s Stanislavsky and Nemirovich-Danchenko Theater. There, he broadened his repertoire to include productions, such as Mayerling by Kenneth MacMillan and Suite en Blanc by Serge Lifar, which he would not have had a chance to dance in Yakutsk. With this experience behind him, Saryal returned to his hometown, where he can now be seen as a noble Albrecht in Giselle and as Ostap Bender in the ballet, The Twelve Chairs.