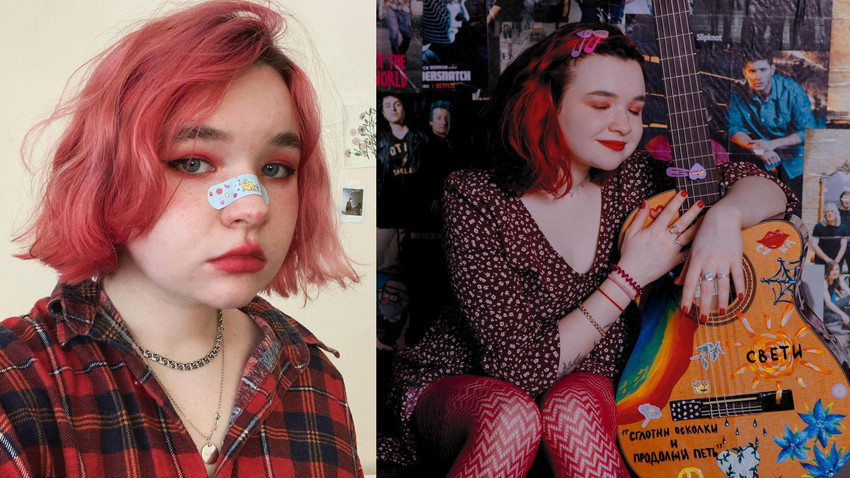 @alyona_shvetz
She used to sing on the street about drinking port and kissing a classmate, recorded her first album on a $5 microphone in her childhood room, and a year later was filling venues in Moscow and St. Petersburg. Here’s how “not the most popular girl in school” became the most popular performer in Russia. 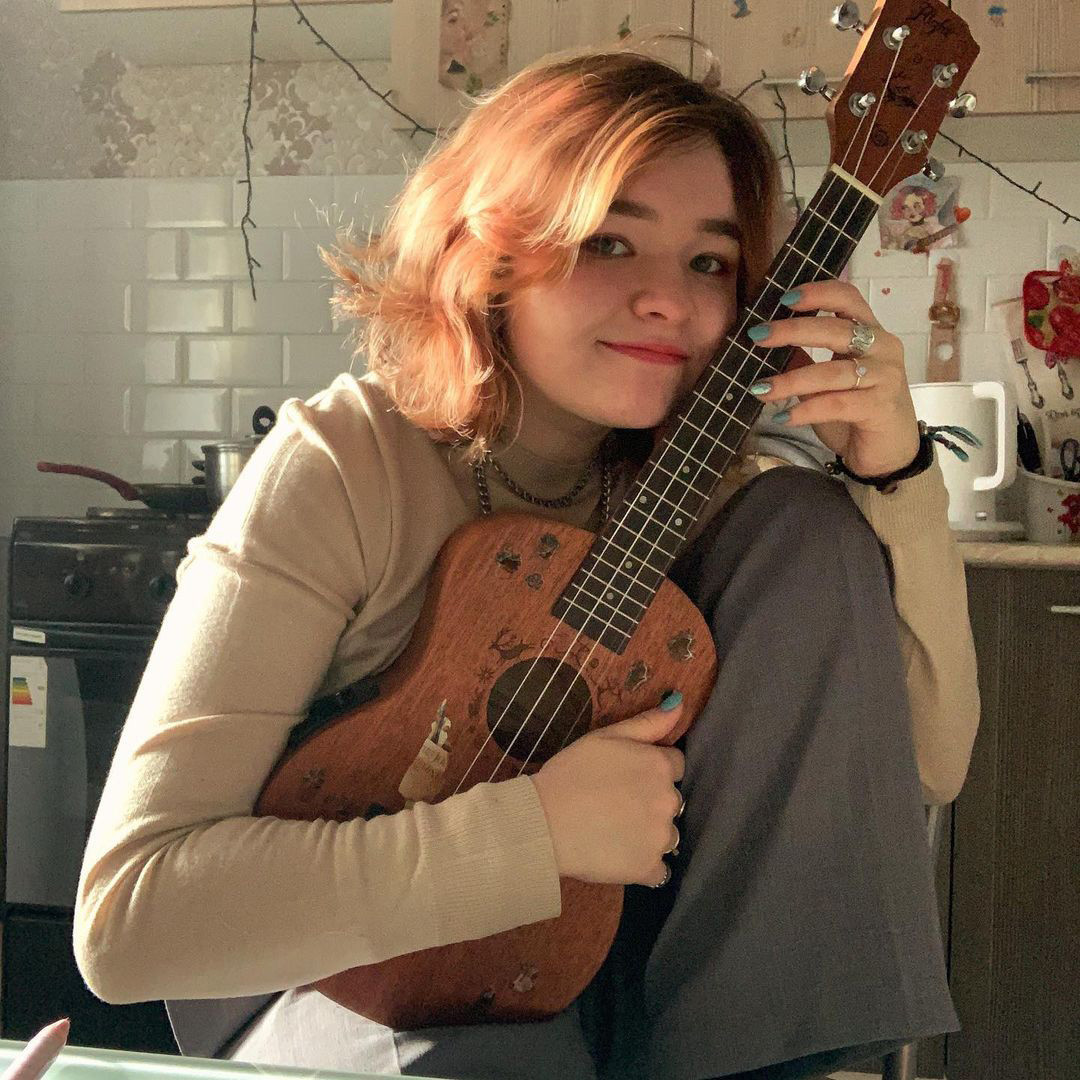 Chelyabinsk, the "Russian Detroit", lies 1,783 km east of Moscow. On Kirov street, the main pedestrian thoroughfare, two schoolgirls perform covers of popular songs to a guitar accompaniment, interspersed with creations of their own. Afterwards, they tally up their earnings and go to a cafe to blow everything at once.

One of them is named Alena Shvetsova. A typical teenager with problems to do with school and unrequited love. One day after class, she turned on her cheap $5 microphone (“while my mom was preparing dinner and my brothers were playing with toys”), recorded her first song and posted it on social networks, expecting little response. A year later, Alena, her surname now shortened to Shvets, was standing on a Moscow stage in a packed hall. Tickets to her concerts in Moscow and St. Petersburg had sold out in a matter of days. That was 2019.

Today, Shvets leads the Top 10 most-streamed artists on Spotify in Russia, overtaking the likes of beat Billy Ailish, Ariana Grande and Lana Del Rey. Her output is described as “dime-a-dozen teen guitar songs from not the most popular girl in the class.” But there’s plenty of that on social networks and the Russian pop scene. Alena scored big for other reasons. 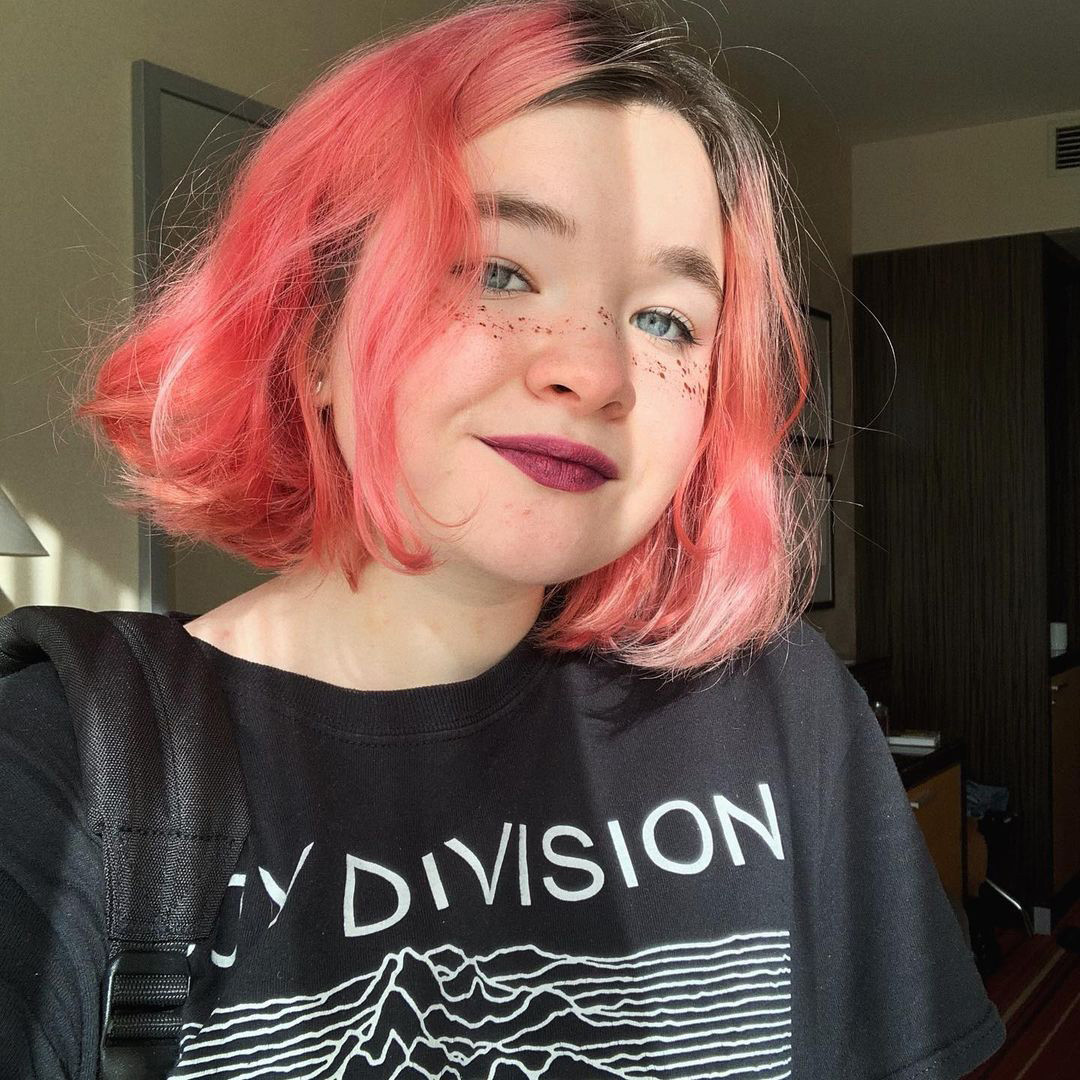 “Wine and cigarettes are all we have left. Choking each other in the bathroom and relieving our fatigue.”

Shvets is part of a new youthful wave of guitar-strumming girls who sing about falling in love, conflicts with teachers, growing up, rivals, drinking port and kissing classmates. Her music is unpretentious and addictive, scattered throughout with Gen Z tags. Anyone aged 14–20 will have no trouble identifying with her world. 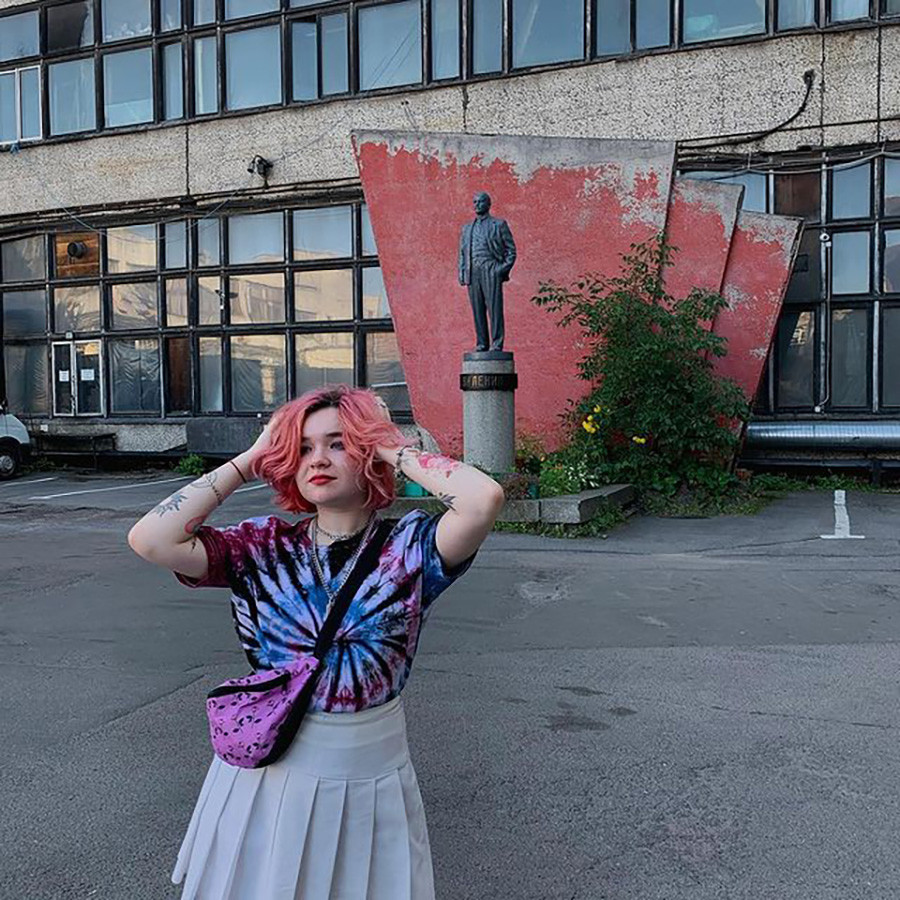 Most of her youth Shvets spent in Chelyabinsk. “What can I say about it? There you have seek and invent your own interests and entertainment, because the city is not developed in terms of cultural infrastructure,” she explains.

So Alena and her friends, like so many teenagers from the provinces, would hang out in abandoned garages and sit in the yard with guitars. She began writing songs about everyday adolescent life at the age of 14, when, in her own words, she learned to play guitar in two weeks online. She’d already been singing for as long as she could remember: at the age of three her parents sent her to music school.

Having mastered a few chords, she and her best friend busked for the best part of two years, singing in the city center after school. Those music-filled summers she describes as the best time of her life. “I learned to play guitar to busk on the street. I practised till my fingers bled,” says Shvets. 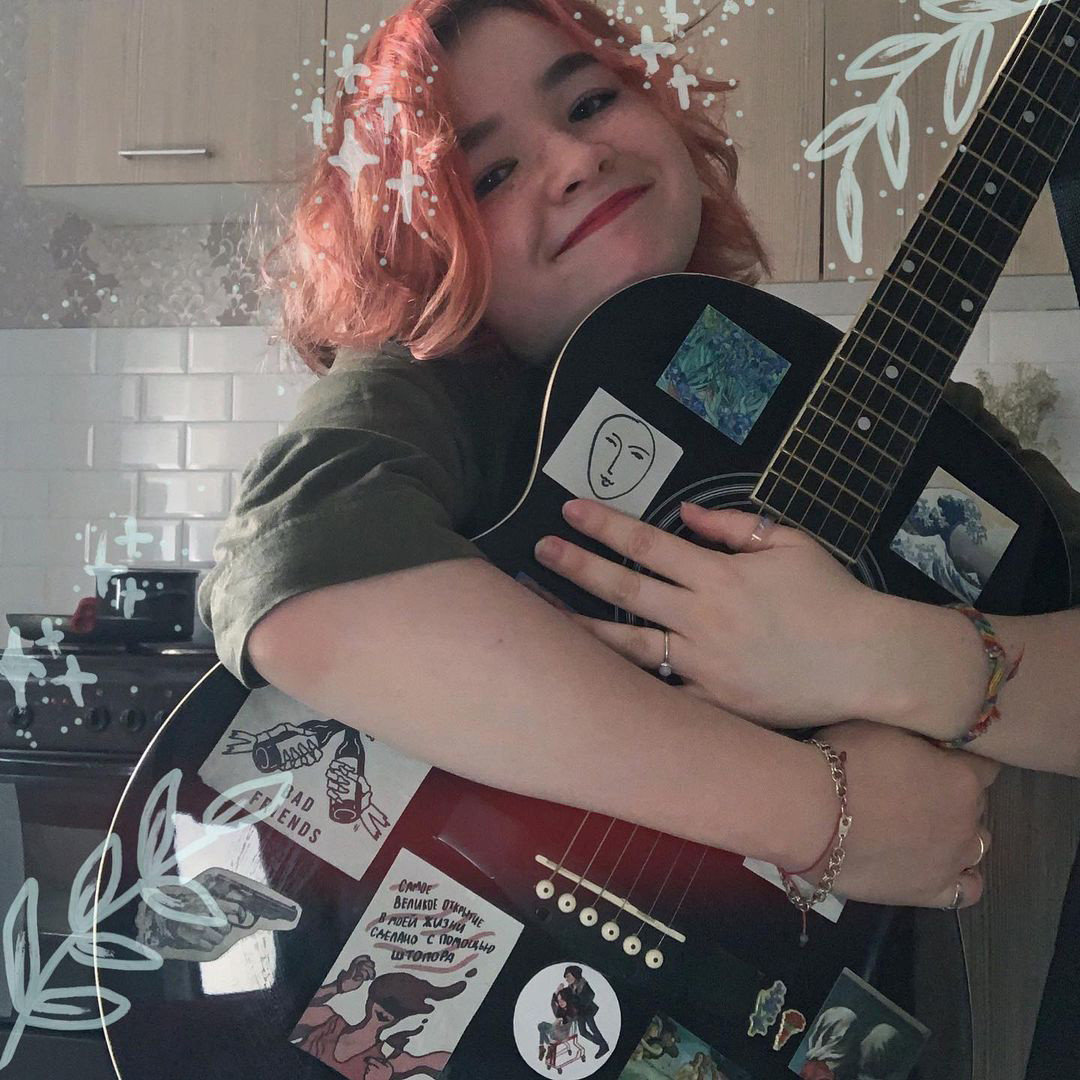 The first to hear her songs were her parents. In 2018 they persuaded their now 17-year-old daughter to make a recording and post it on social media.

I eat oatmeal in the morning with fruit. Then I go to DIXY for groceries. My sweatshirt is about twice my size. My imaginary friends love it so much, is a lyric from her first recorded song, “Little Hikikomori”.

That’s how her public page entitled “sung by alena shvets” appeared on the Russian social network VKontakte, which picked up more than 130,000 followers in a year. There she also uploaded her debut album, Party on the Balcony. The fan community grew organically, Shvets assures: “I didn’t do anything special. Didn’t buy ads or cozy up to anyone. I just wrote and uploaded music.” 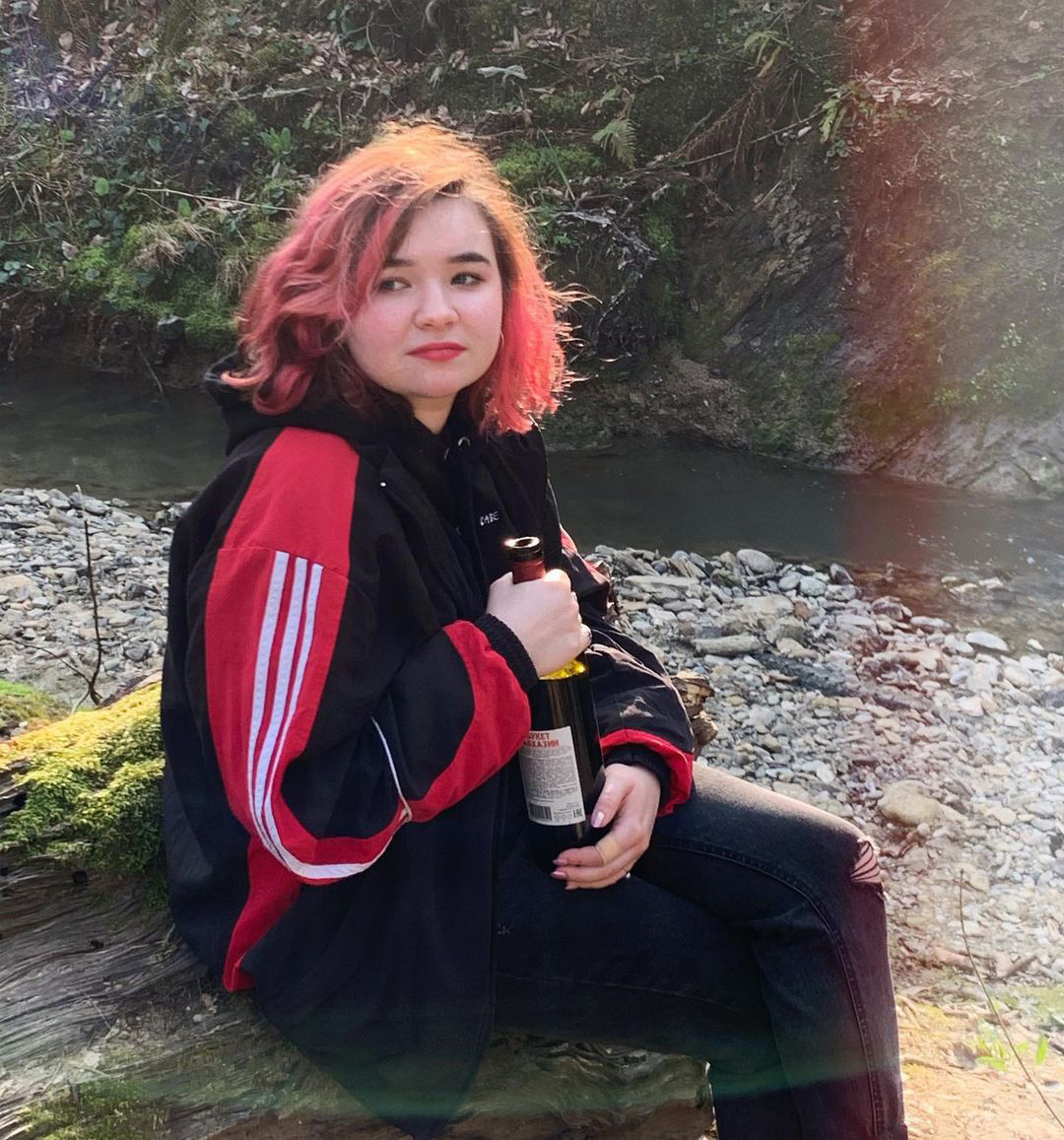 Shvets’ music doesn’t fit into any particular box. Her nine albums to date feature pop-rock, grunge, and indie mixed with country and acoustic solo styles, dubbed “post-bard” on the Runet (in Russia singer-songwriters are known poetically as “bards”). Alena explains that post-bard is not a genre, rather a group of people without formal music training who sang guitar songs on the streets and on YouTube; this community, in which she bracketed herself, extended across the country: “But the community fell apart, post-bard died,” she says. “And I just sing songs.”

The songs she “just sings” are often melodies built on three chords with lyrics about teenage pursuits, and in this simplicity lies beauty. Editor-in-chief of youth magazine The Flow Vladimir Zavyalov notes that Shvets achieved fame thanks to her talent for “writing catchy, frictionless melodies”:

“Listen to the freshness of ‘Loser’ and try not to hum it for the rest of the day (I didn’t succeed).” 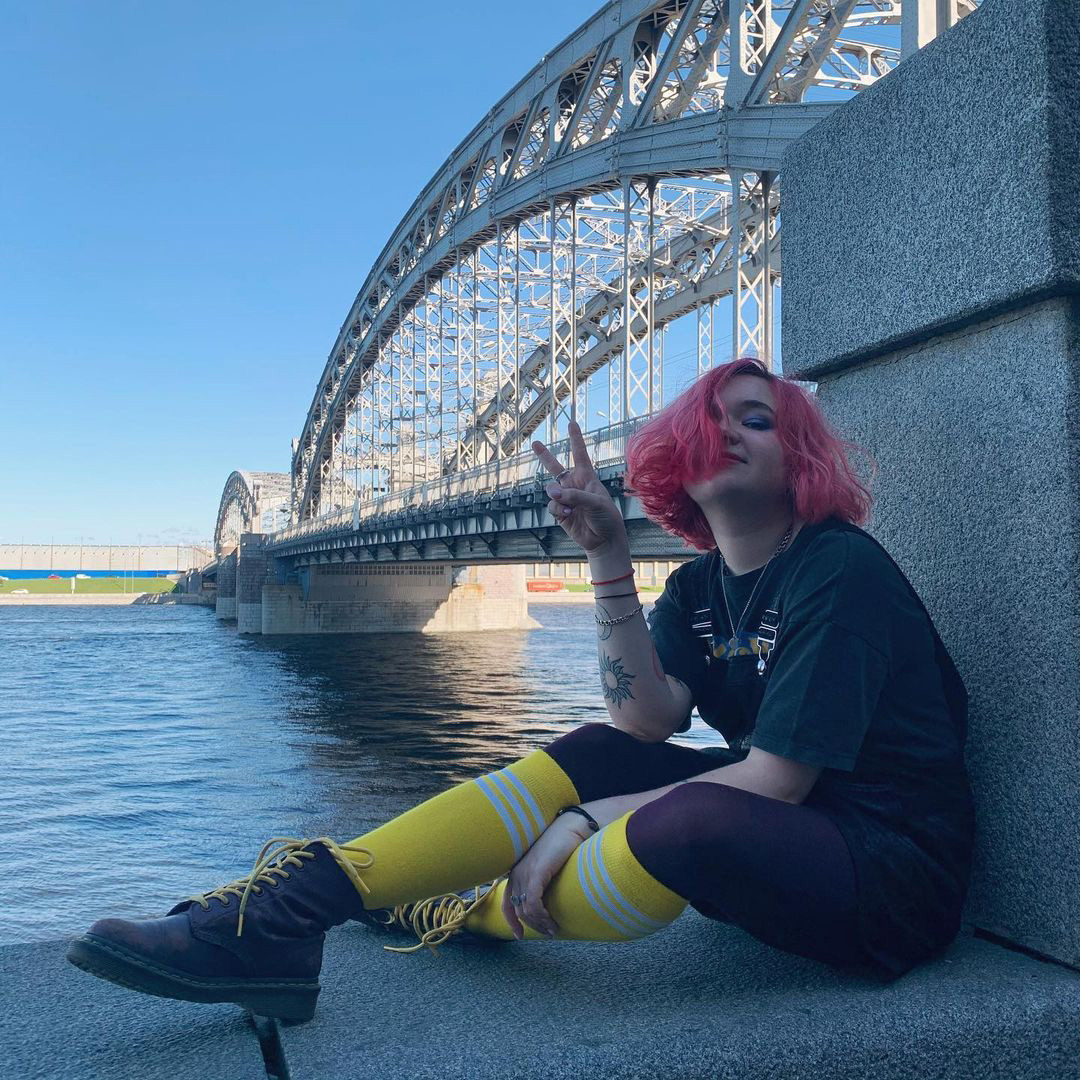 For all the asceticism of her home-made three-chord creations, Shvets displays a natural talent for storytelling and describing everyday life. She narrates the plight of youth with laconic and precise imagery: unlistened-to voice messages, the second-hand shop round the corner, lukewarm coffee, black nails, chewing gum for breakfast, cola for dinner.

Unsurprisingly, Alena was quickly noticed. She was contacted by the producer of St. Petersburg label Kholodniye zvuki (Cold Sounds), which specializes in post-bard music, inviting her to sign a contract and move to Russia’s northern capital. Alena, who by that time was in her final year of school, immediately packed her things and left, deciding to sit her exams in her new location. 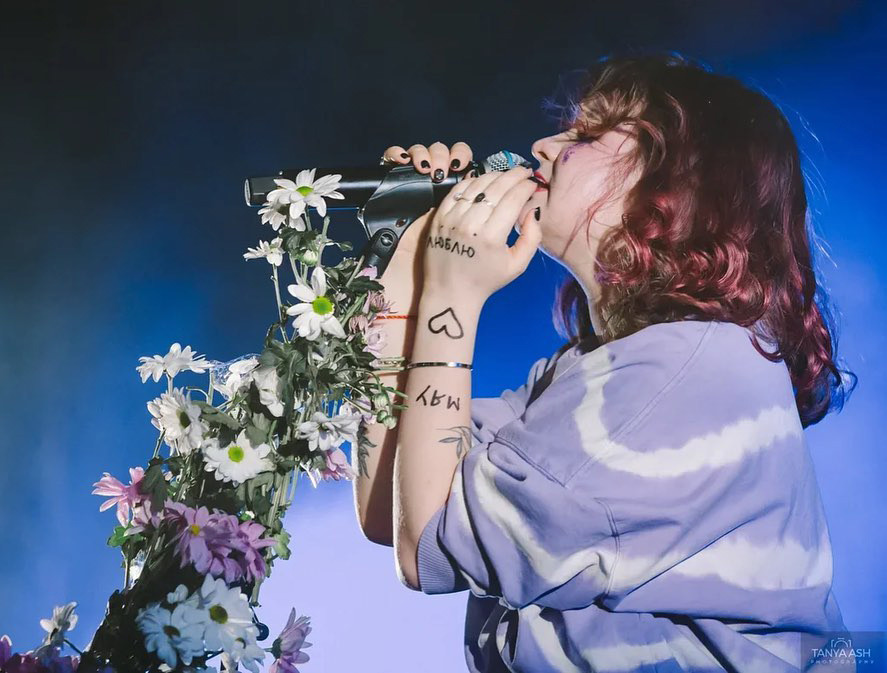 “I’d long understood that school was of minimal value. There’s so little real life there; I was ready to step out and go sailing, ready to run away,” she says.

The girl next door

With studio backing, Shvets shot a video for her hit song “Rival”, which garnered 4 million views in a year.

In September 2019 she unveiled her new album Dandelion Wire on the prime-time Russian chat show Evening Urgant, then in August 2020 released another one, Queen of Sludge, which debuted in the Apple Music chart in fourth place. 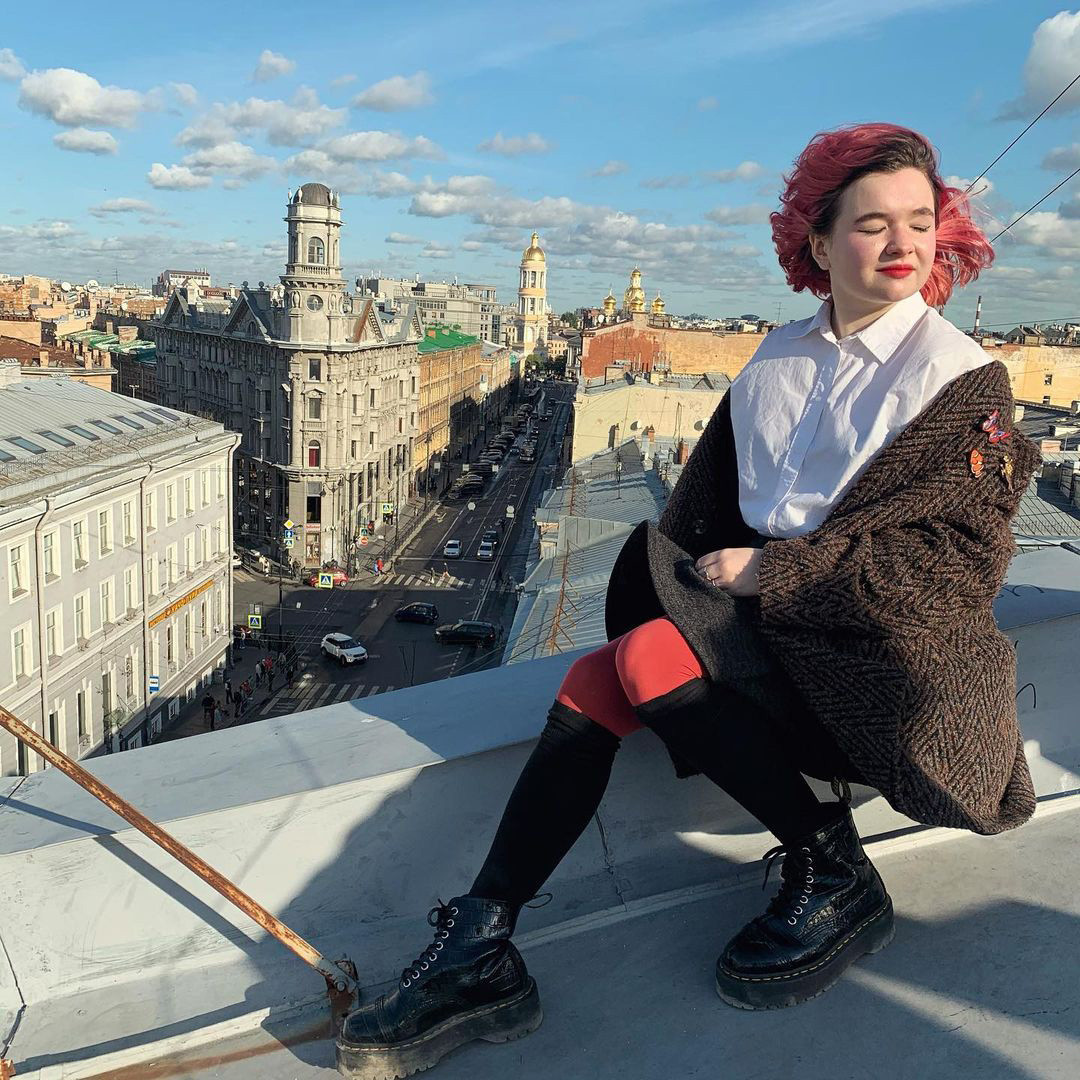 Her songs kept on dominating teenage playlists, touching a nerve which, incidentally, changes little from generation to generation: on one track, they threaten to expel her from school; on another, they try to stop her loving a female friend. Her no-bullsh*t lyrics captivate the target audience. As she herself once noted, “it’s a helping hand for all teenagers who live in stress.”

At the same time, Shvets has no intellectual pretensions, does not claim to be a “poet” and does not see it as her mission to convey a deep message. She posts YouTube vlogs where she goes shopping, dyes her hair and sings and plays guitar in a messy kitchen. Her Instagram is full of stayovers, instamasks, hanging out on rooftops, gut-rot wine and angst-ridden facial expressions. Like millions of others. 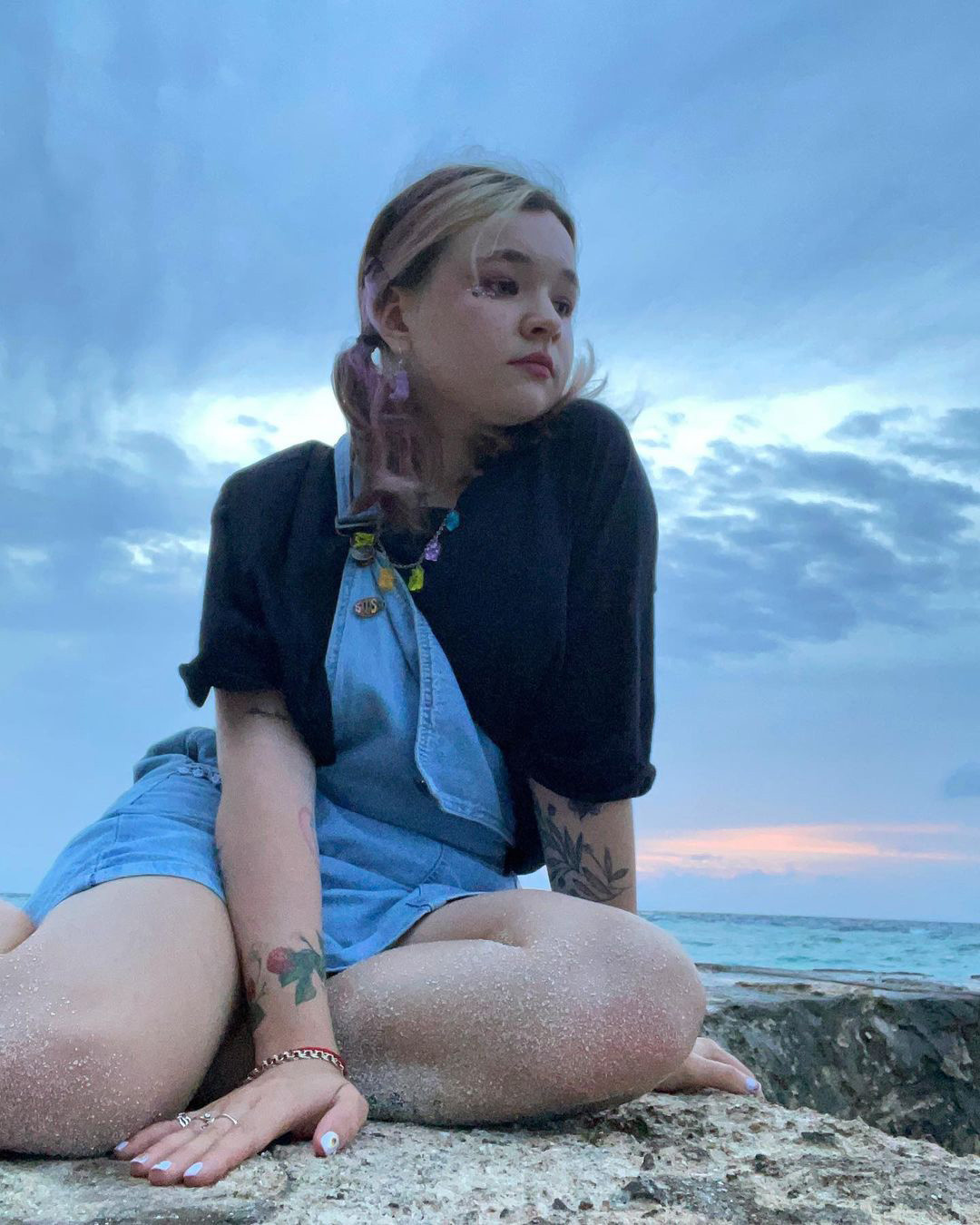 What no doubt adds to her appeal is that she doesn’t even attempt to look like a Barbie-doll model. She’s a girl from the block, a classmate from school. As she sings: As long as I can remember myself / I’ve always been a mess. And then a couple of lines later: And so what?