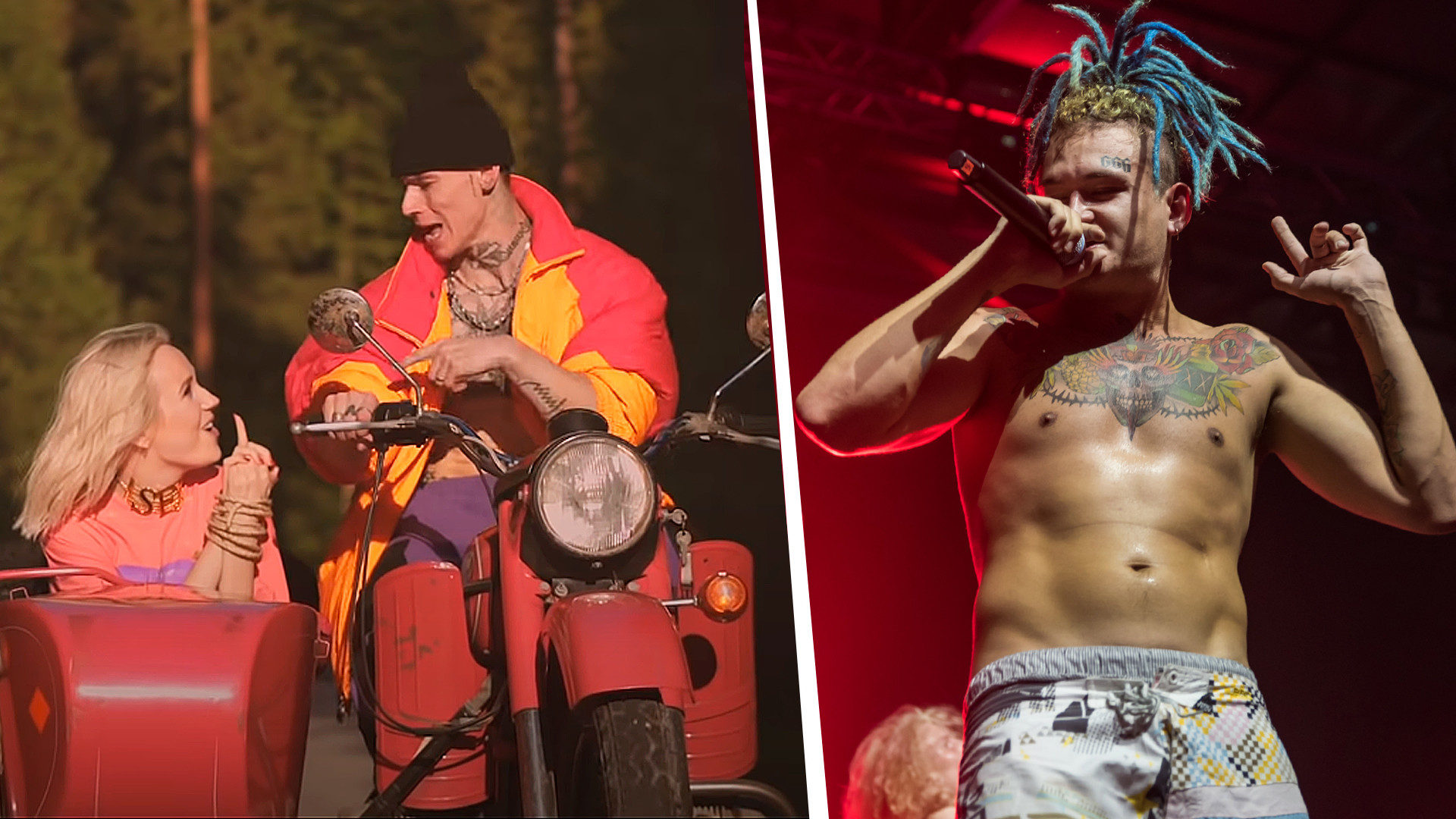 Okras (CC BY-SA 4.0); Clava Coca/youtube.com
We’ve compiled a New Year playlist of the most viral Russian songs from this crazy year - from pop idols to hip hop performers, and of course, some slow-dancing romantic numbers. Some of these took Tik Tok by storm.

The popular Russian band aptly expresses the feelings of the entire nation about the passing year.. It sure wasn’t pretty. But we’ve almost made it!

One of the biggest names on the Russian music scene this year is undoubtedly Morgenshtern (Alisher Valeyev). His summer collaboration with Allj (Alexei Uzenyuk) was the main hit during the lockdown.

A talented 21-year old musician from a small town, discovered by Morgenshtern, really hit the big time with this song, which took over the Internet.

TikTok users loved this song, which reminds them of 2000s pop music vibes. And it’s a new Russian word for your collection as well - втюрилась (vtyuritlas) which is a slang for a female verb that is actually a whole phrase: “I have a crush”.

A new hit from DJ SMASH, author of the legendary ‘Moscow Never Sleeps’ dance track. The new video features ordinary Moscow outskirts, so it’s something fresh and  interesting to see as well from this artist.

This young and talented Russian beauty composes music all by her own, and even does it for more famous Russian singers as well. This one is a classic girl-oriented love song.

Released in April, right around the time the implications of the COVID lockdown were just beginning to sink in for the Russians, this video went viral straight away, and even resulted in a balcony dance challenge.

NILETTO is an idol of Russian teenage girls. His 2019 hit song Любимка (Beloved One) has 205 million views on YouTube. The new song, recorded by him and two other young performers reminds one of summer nights and first love.

The above-mentioned Morgenshtern released several hit songs in 2020, one of which was a collaboration with this U.S. rapper. In an interview, Morgenshtern said he sent the track to  Lil Pump and he just loved it, agreeing to collaborate immediately.

«Я взлетаю как ракета, для меня есть вся планета» (I take off like a rocket, the whole planet belongs to me) - this is one of the most popular TikTok songs, and the only popular composition from this young duo.

After this song you would sing AUF for the rest of the day, believe us. ‘All of my wolves are saying AUF’, a favorite song of all the Russians who think they are cool gangsta.

A slow song you would dance to with pleasure this New Year. Thisincredibly viral song became the soundtrack for the Russian version of the TV show ‘Ladette to Lady’.

This is a melodic instrumental collaboration between major Russian hip-hop artist Basta and a young female singer Zivert. The refrain plays with words ‘Sky poors [rain]’ and ‘don’t be sick’ (небо лей OR не болей).

A 20 year-old singer only debuted on the Russian scene in 2019, while this year, his hit has already managed to rock every Russian chart, as well as a number of post-Soviet countries. And TikTokers loved it too.

This year was marked by some surprising collaborations from very different performers. This work from cult Russian teenage idol Egor Creed and young Kazakh singer The Limba is no exception. A nice and fresh-sounding composition.

JONY is a young Russian singer with Azeri roots. His songs have been holding top chart positions for the past two years. And this one hit all the right notes with Russian girls. “You're merciless when you're all dressed up,” he sings. Try to resist this one!

A feminist anthem of this young and promising duo supports all the girls who faced an unhappy love. Dance and dispel the melancholy - you know that boy doesn’t deserve you!

Incredibly nice and fresh-sounding, this song won’t let you go easily, and the interesting vocal performances will keep it in your playlist for a while. A girl imagines how her boyfriend would feel if she wasn’t around.

This Russian duo of Azeri origin is one of the representatives of the so-called shisha rap (including Ramil and The Limba, mentioned above). This music trend implies oriental motifs, strong vocal parts, and it has been incredibly popular in Russia and the post-Soviet space from 2018. This video provides a karaoke version, so you have a chance to learn a thing or two while you’re singing along to it.

The word Краш, which is a transliteration of the English ‘crush’, has recently become incredibly popular among Russian teenagers and TikTokers, so the top youth idols of today, Niletto and Clava Coca, have recorded a collaboration cementing this new expression in the Russian language.

Popular Russian artists used to be part of the same music label - ‘Black Star’, created by Timati, before all going their separate ways. Their new collaboration is about their glamorous life. The video itself is a nice action movie.