The Hermitage vs Till Lindemann: NFT tokens SCANDAL 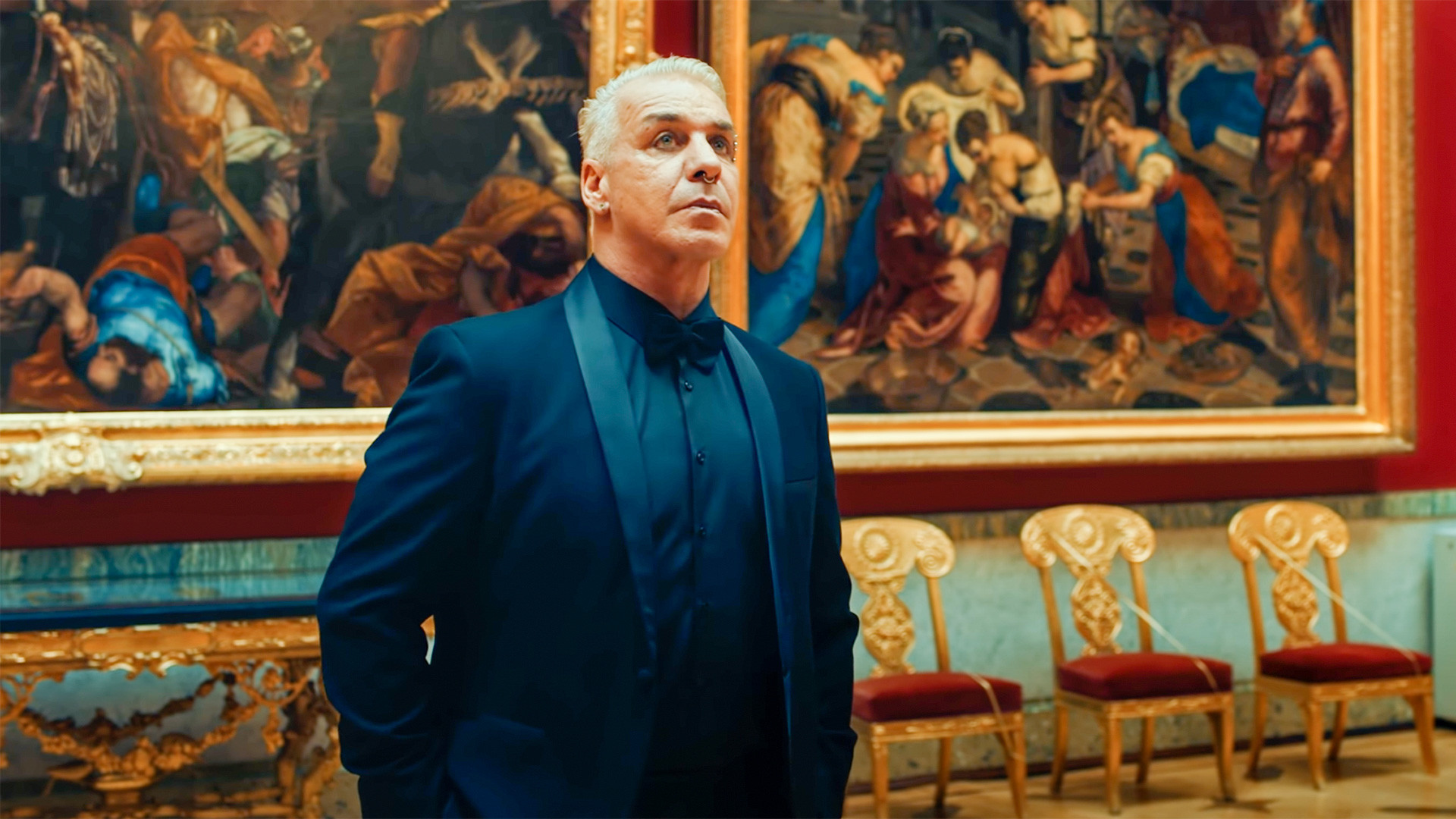 Till Lindemann/youtube.com
The museum has accused the German singer of violating its intellectual property. Lindemann is lying low.

A near-diplomatic scandal has broken out between Russia’s premier museum, the Hermitage, and Germany’s premier metal band, Rammstein, more precisely singer Till Lindemann. A week ago, the frontman announced on his Instagram account the release of five non-fungible tokens (NFTs) for sale, which he called NFTill. The five tokens, showing a Till performance inside the Hermitage, are available on the twelve x twelve marketplace and cost from 199 to 100,000 euros.

It turns out that the Hermitage did not give consent to use images of the museum. Its press service went further, accusing Mr. Lindemann of "abusing his ‘guest right’ and including in the clip images that had not been agreed by the parties."

"It’s rude and pigheaded," Hermitage director Mikhail Piotrovsky described the behavior of Lindemann and his team in an interview with the Russian Forbes Life, adding that it's a matter not only of intellectual rights, but of "intellectual aggression." 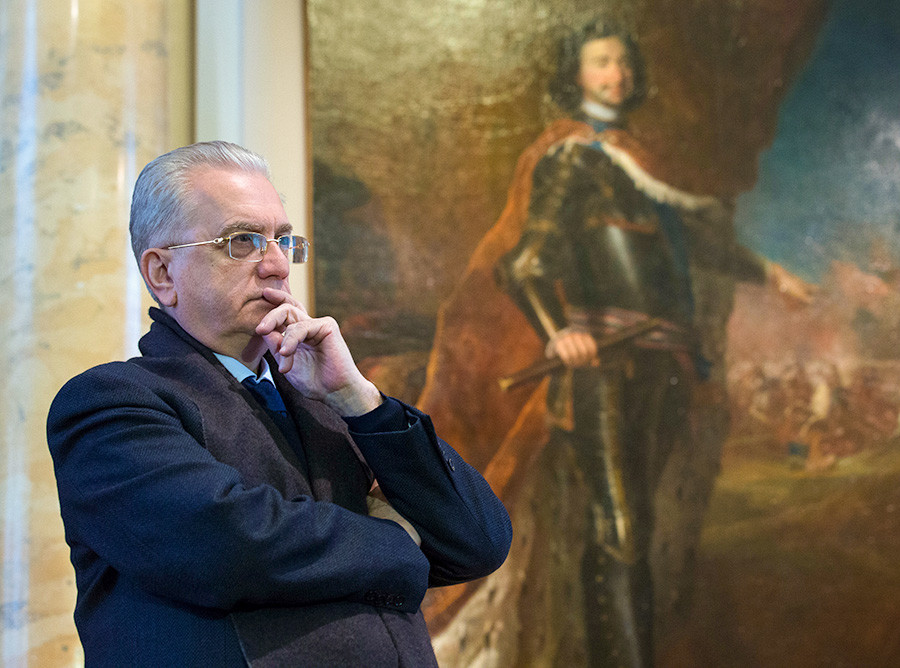 Mikhail Piotrovsky, the General Director of the State Hermitage

How Lindemann got inside the Hermitage

In the spring of 2021, contrary to the musuem’s policy of not allowing music videos to be shot on site, Piotrovsky gave the green light to Lindemann. ​Conceived as part of the Year of Russian Culture in Germany, the project involved Lindemann singing the WW2-era song “Favorite City” inside the museum’s exalted halls.

In the runup to the Victory Day celebrations of May 9, 2021, the museum was interested in the idea. The clip was a huge hit on Lindemann's YouTube channel, clocking up over 2 million views.

However, the contract between the singer and the museum stipulated the transfer of non-exclusive rights to Hermitage images – and only for the creation of a video. Their use in the production of commercial NFTs was not covered.

The museum sent Lindemann a warning about the violation of the terms and conditions, and offered to sign an additional agreement that would regulate the use of images in NFT tokens. But the singer and his representatives have so far ignored the offer.

"We also sent an official letter to the platform hosting the NFTs. Besides confirmingreceipt of our request, it has yet to respond,” Ekaterina Sirakanyan, head of the museum's development service, told Russia Beyond. When questioned by Forbes Life, Anar Lindemann, Till Lindemann's brother and agent, said, in Russian, that he declined to comment or answer questions.

The Hermitage and the NFT market

Sirakanyan added that the museum had no plans to release an NFT with Till Lindemann, but did intend to enter the NFT market on its own. “We are issuing five tokens to be sold on the Binance service,” she announced. 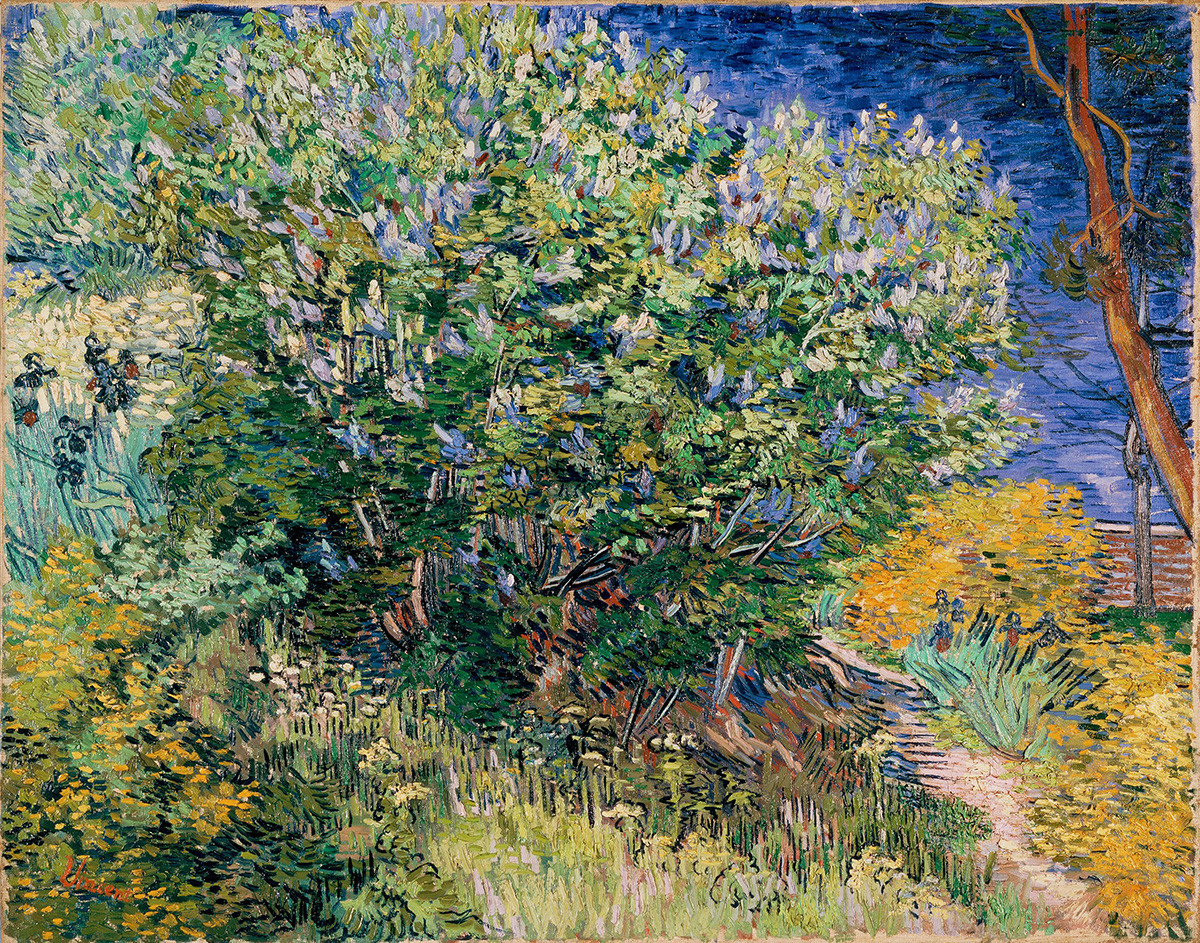 The limited-edition Hermitage NFTs are set to appear in late August–early September 2021, and will present unique digital copies of works from the museum collection, including the Madonna Litta by Leonardo da Vinci, Judith by Giorgione, Lilac Bush by Vincent Van Gogh, Composition VI by Wassily Kandinsky and A Corner of the Garden at Montgeron by Claude Monet. 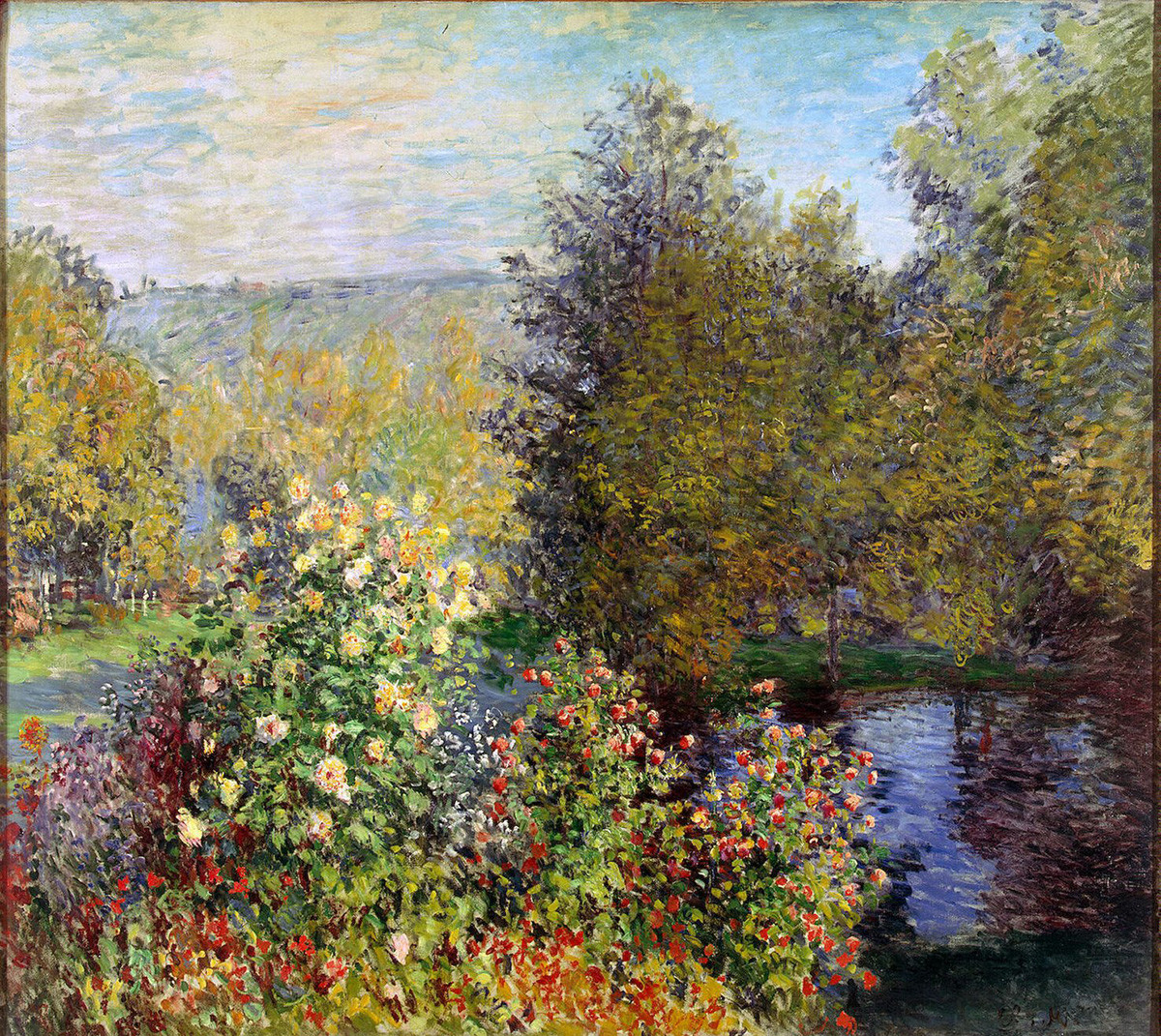 Claude Monet. Corner of the Garden at Montgeron

Two NFTs have been created per painting, one to be kept by the museum, the other on the Binance marketplace. The tokens are digitally signed by Piotrovsky himself, assuring their authenticity.

According to Marina Tsyguleva, head of the museum's legal service, it took the Hermitage six months just to set up a legitimate system for using images in tokens in the international space. “This act of counterfeiting by Lindemann has infringed our licensing policy and grossly violated the museum’s rights,” stated Tsyguleva, adding that his actions were also unacceptable on ethical grounds.

The Hermitage and intellectual property 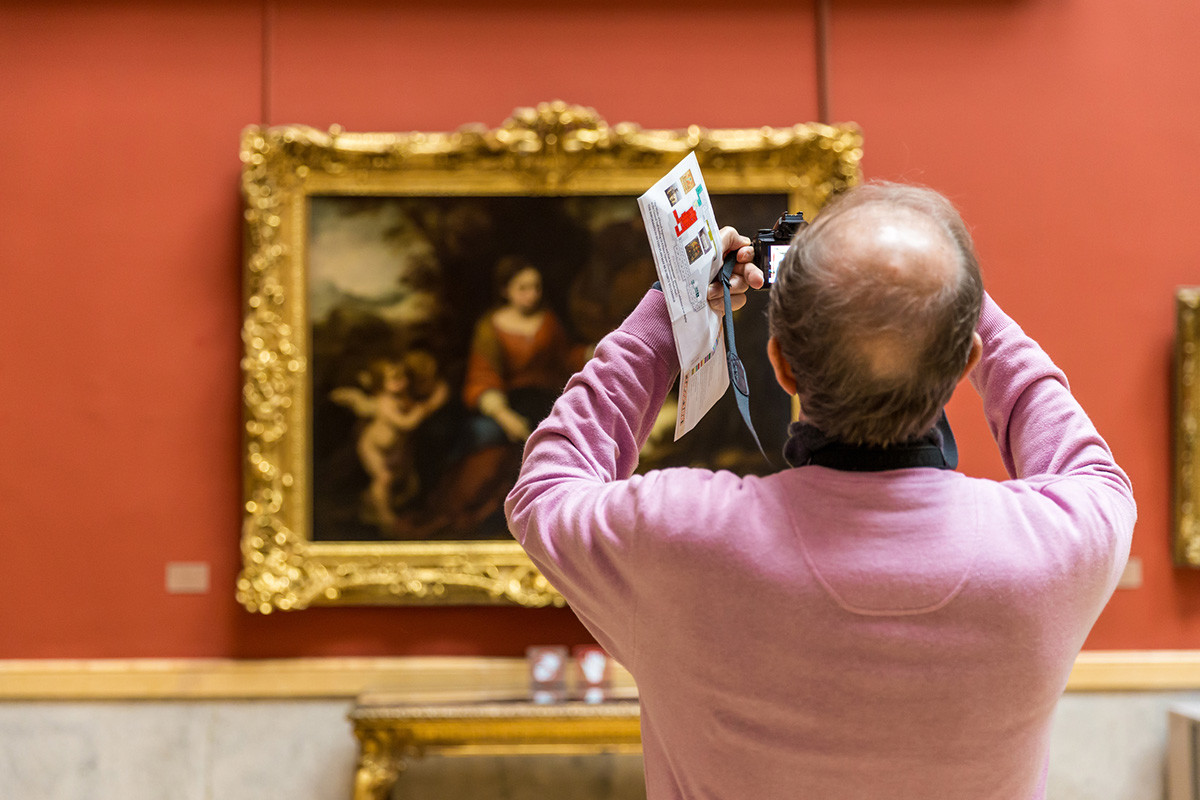 A visitor taking photos at the Hermitage museum

The Hermitage has no restrictions on the non-commercial use of images. Private individuals can take as many photographs as they wish, and even circulate the pictures for personal use. However, large-scale shooting with cameras and staged lighting is permitted only for educational purposes and the making of documentary and historical films.

“Only two feature films have ever been allowed to shoot within the walls of the Hermitage in modern times: Alexander Sokurov’s tribute to the museum, Russian Ark, and Ralph Fiennes’ biopic of ballet dancer Rudolf Nureyev, The White Crow, and even then no acting scenes were filmed in the museum, only the dancer’s favorite painting, The Return of the Prodigal Son by Rembrandt,” explained Sirakanyan. 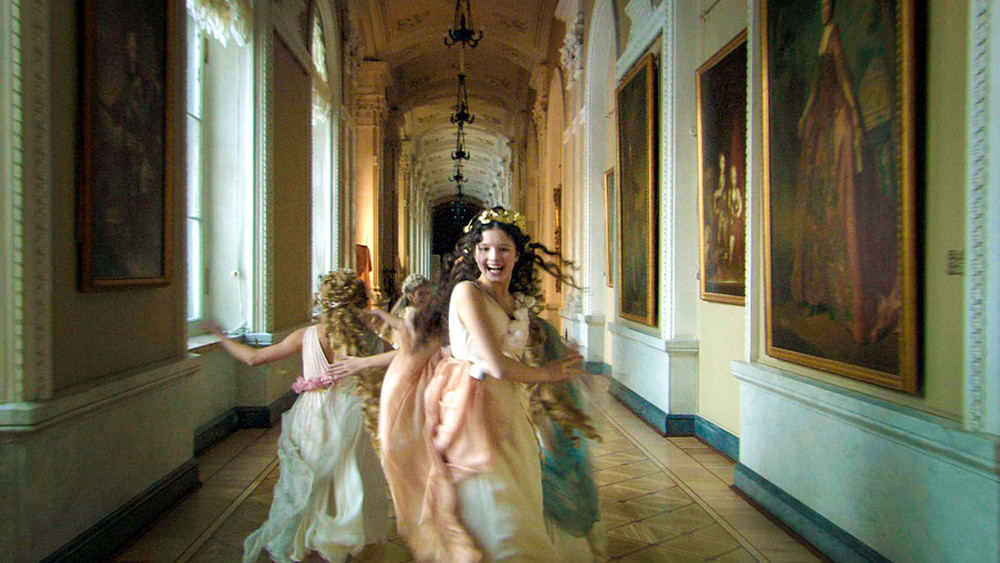 A still from the 'Russian Ark' film

The museum has had its intellectual property rights repeatedly violated in the commercial sphere, and, as such, a whole structure in its legal department is devoted to compliance monitoring. The issue is usually resolved simply by signing an agreement.

“The museum commands respect in Russia, and most violations [of its rights] are not down to ill will but simple unfamiliarity with the law. Many partners, after clarification of the licensing policy and the laws of the Russian Federation, accept our terms. We simply conclude an agreement that has retrospective force up to the conclusion date,” says Tsyguleva.

However, there have been high-profile violations that could not be settled out of court. For example, St. Petersburg fashionista Iya Yots used an image of Thomas Gainsborough’s Woman in Blue from the Hermitage collection on her website and the door of her clothing store without permission. 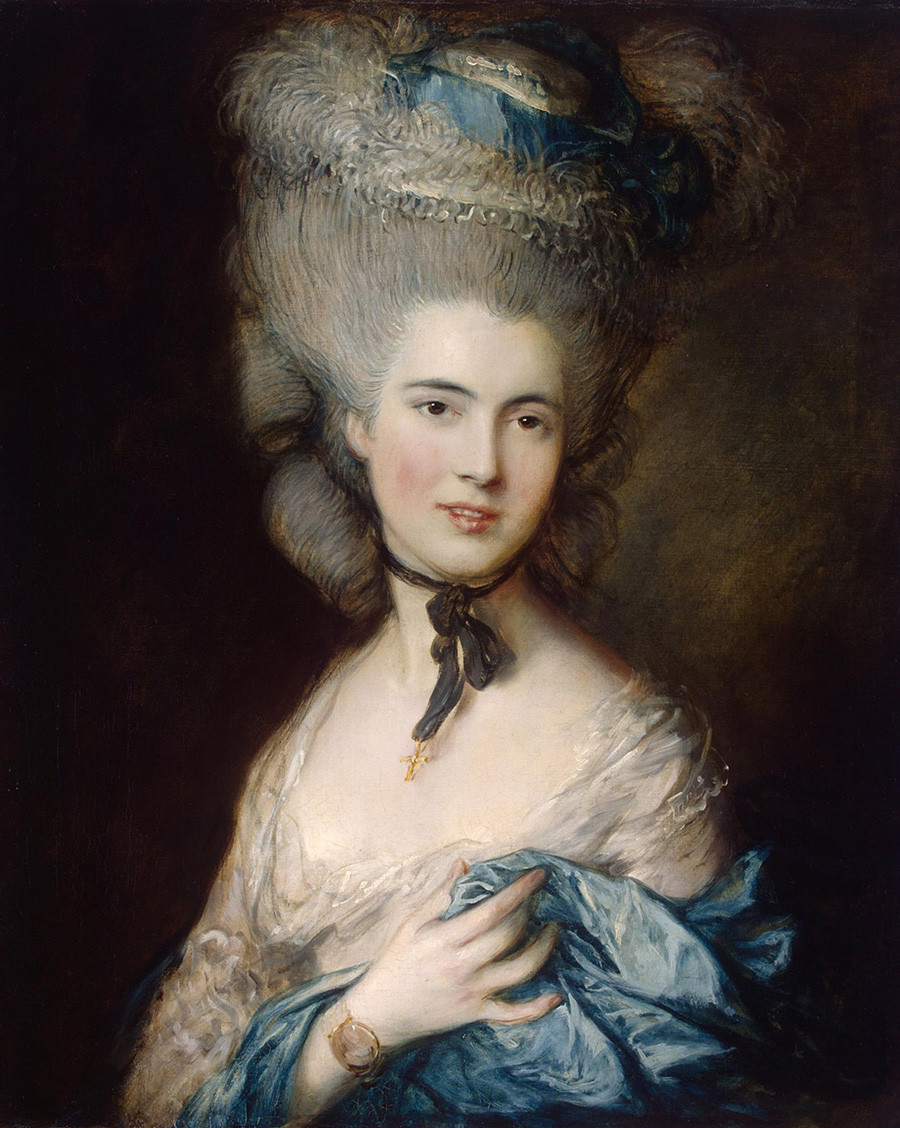 Thomas Gainsborough. Portrait of a Lady in Blue

The museum offered an agreement worth 150,000 rubles for the right to use the image for five years. Yots initially agreed, but then changed her mind. As a result, the Russian Intellectual Property Court ruled in favor of the museum, banning the use of the image.

The Lindemann case, says Tsyguleva, is in essence no different.