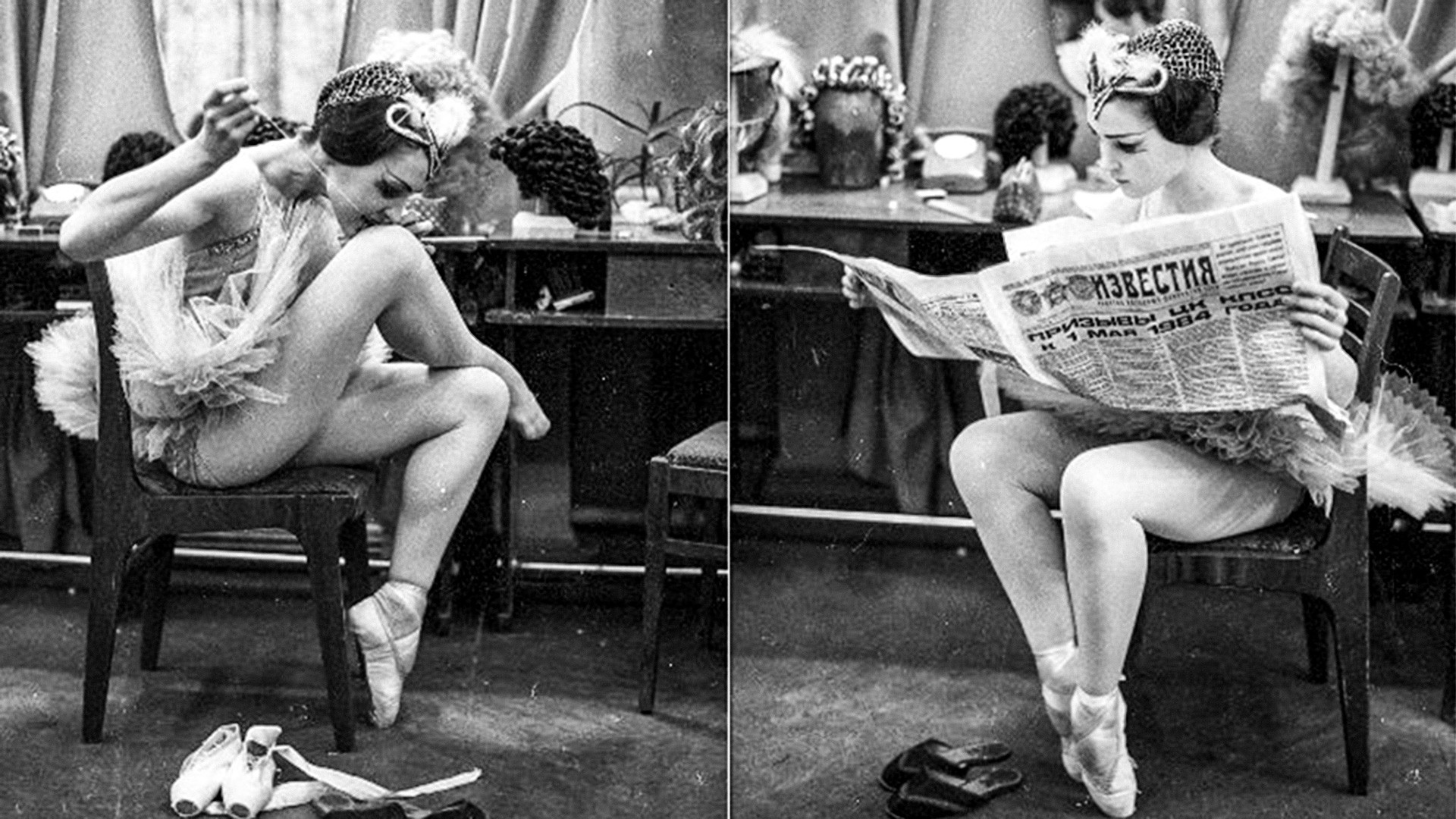 Alexander Steshanov/MAMM/MDF
Performances, rehearsals, tours — we plunge into the incredible world of ballet, the calling card of the USSR.

In Soviet times, the elite art of ballet went mainstream. It was often shown on TV, even when ballet was the last thing on people’s minds. The most famous case is the screening of Swan Lake during the August 1991 coup, when communist hardliners attempted to seize power.

And yet, the Soviet public simply adored ballet, shedding countless tears over that same Swan Lake. Audiences were dazzled by the spectacular scenery, the flamboyant costumes and, of course, the inimitable artistry. Ballet was also one of the country’s main exports, a kind of calling card of the 'Land of the Soviets'. It was mostly ballet companies that toured on the other side of the Iron Curtain — partly for language reasons, but mainly for their sheer brilliance. At the same time, opera and ballet theaters sprang up all across the USSR.

It was many a young girl’s dream to enter ballet school and become a famous prima donna; the requirements and conditions, however, were punishing in the extreme. It was due to this ruthless, Darwinian selection process that Soviet ballerinas became so proficient and legendary. Meanwhile, the choreography created by Soviet ballet masters is still used in the main theaters of Russia.

1. The 'Art of Movement' avant-garde group attempted to reform ballet 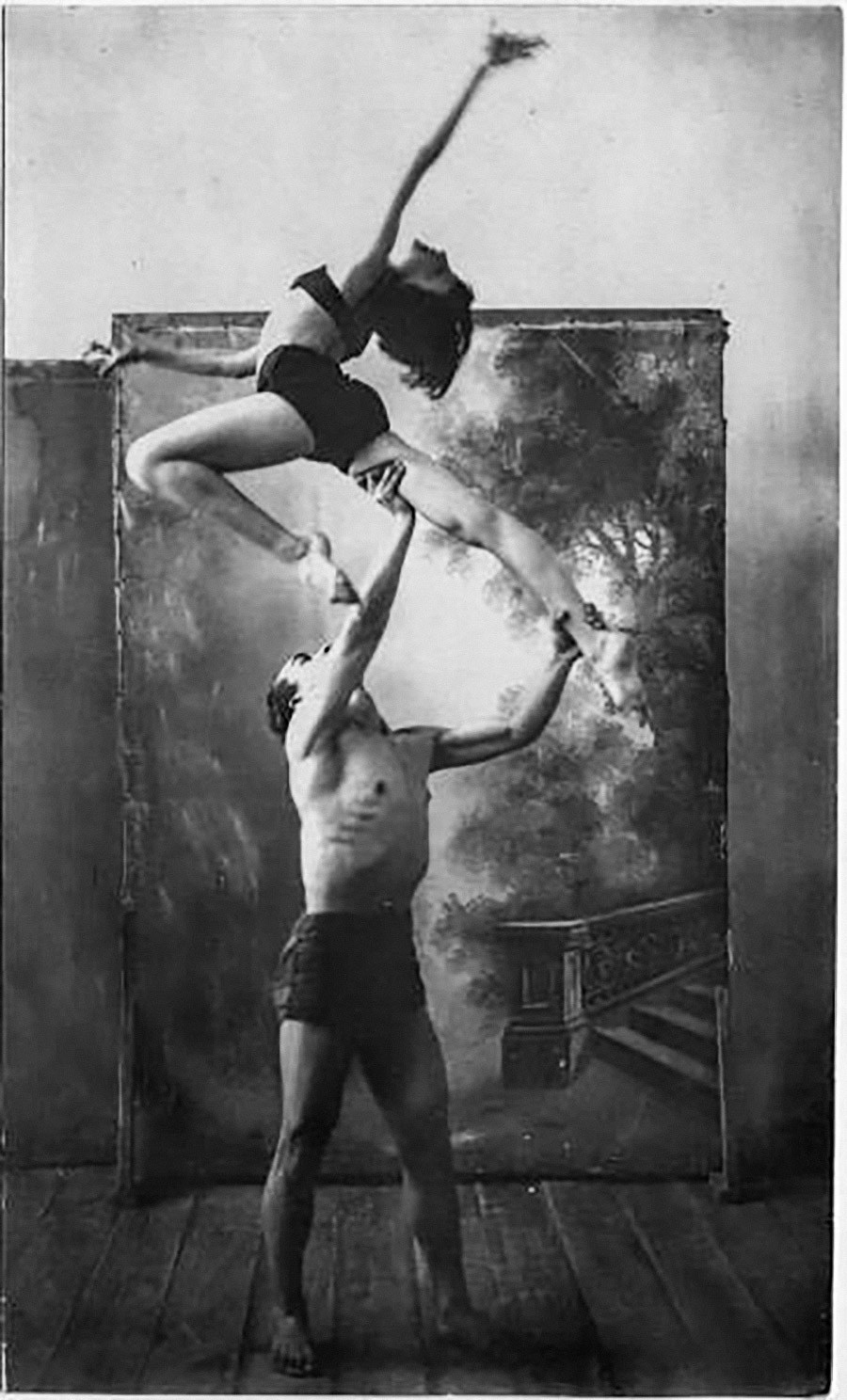 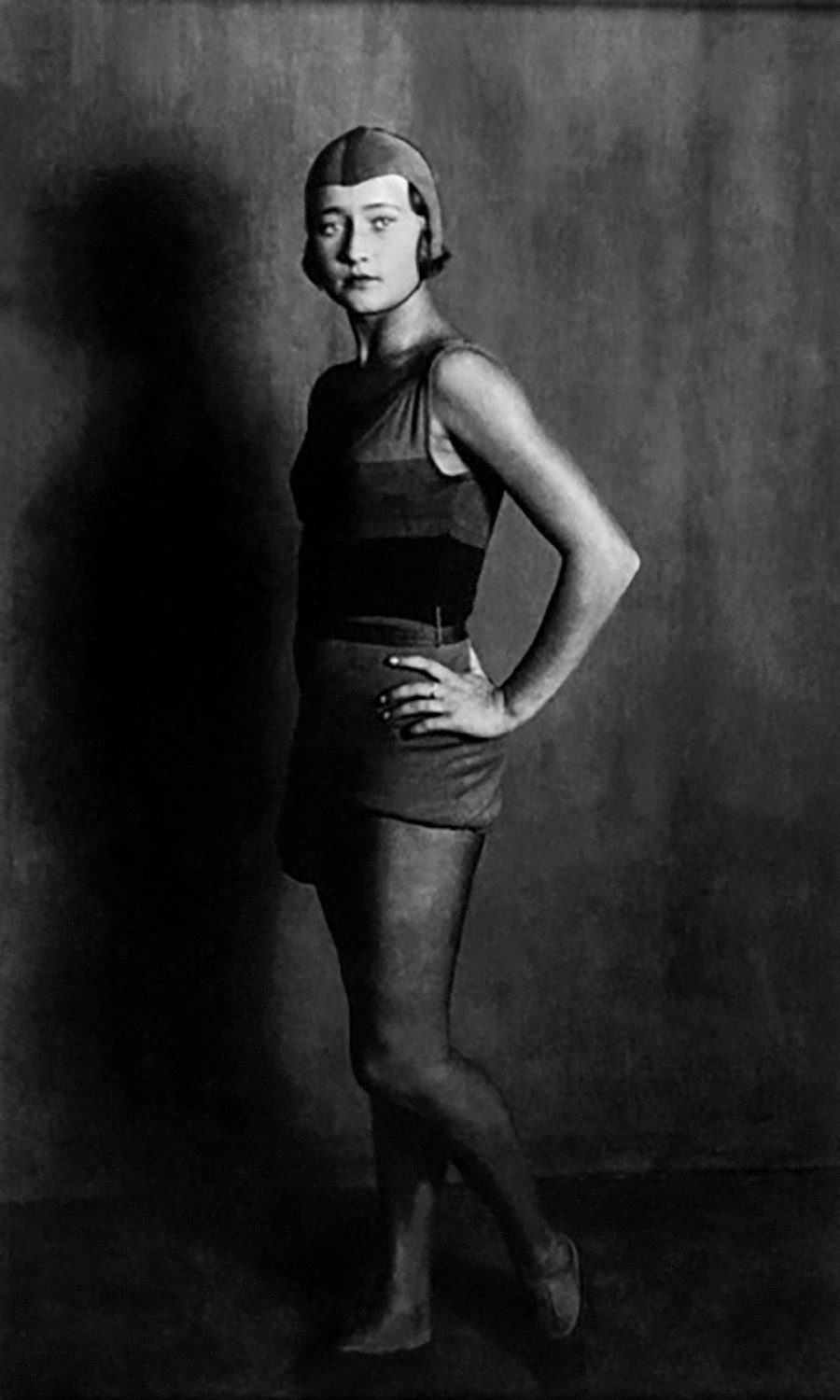 3. Experimental composition by artists of the Taras Shevchenko Kiev Opera and Ballet Theater, 1931 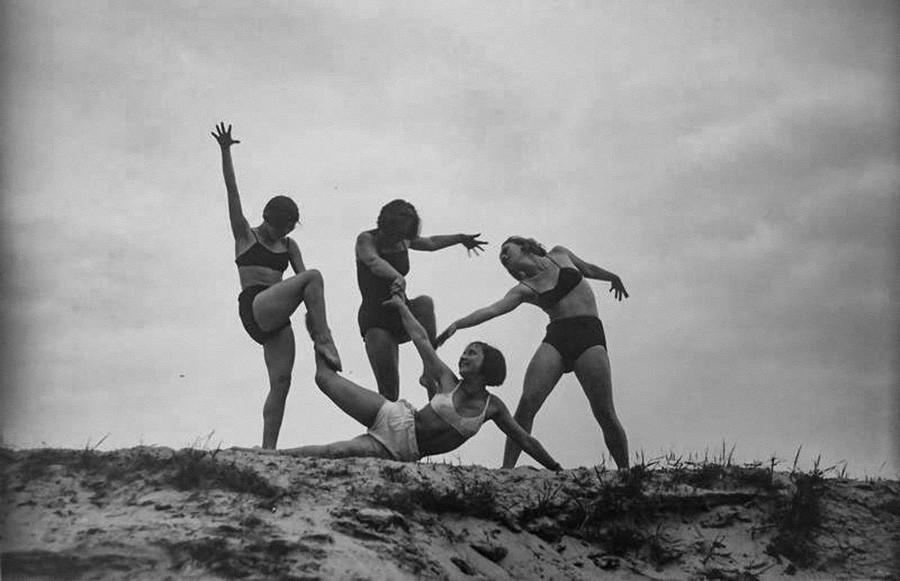 4. Even during the war, ballet continued. The evacuated Bolshoi Theater performs, 1941 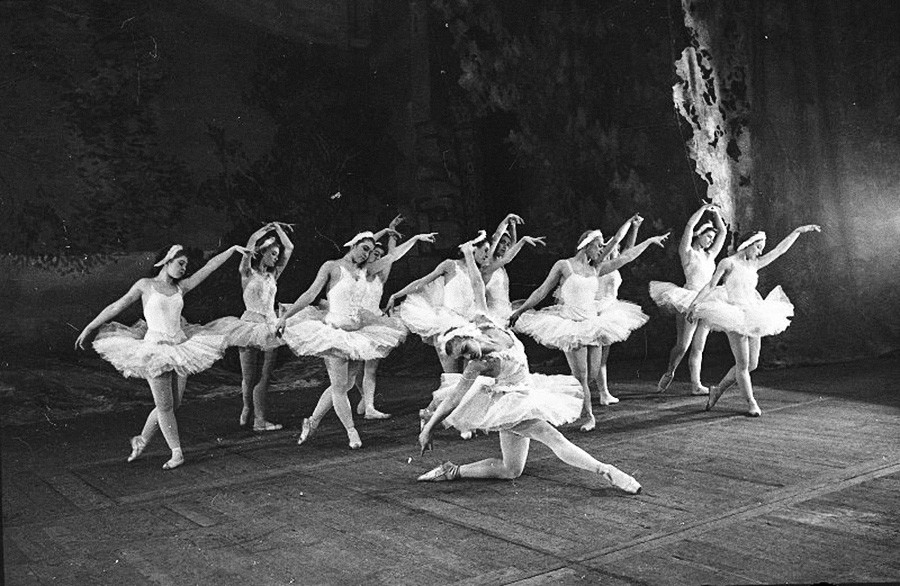 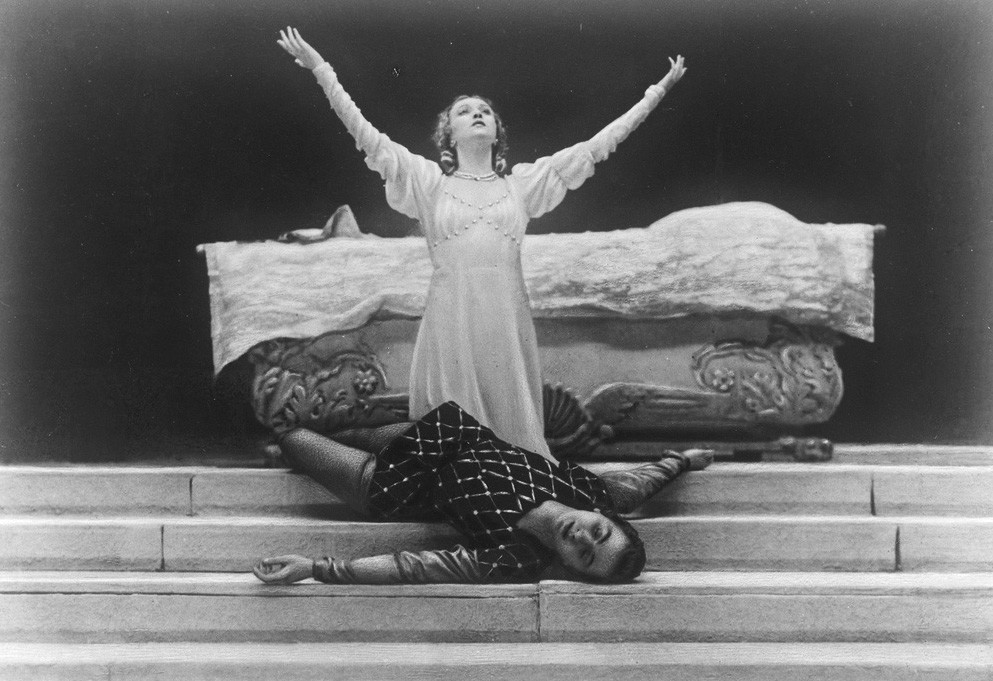 6. Rehearsal of the first children’s ballet Aistenok [The Stork], 1948 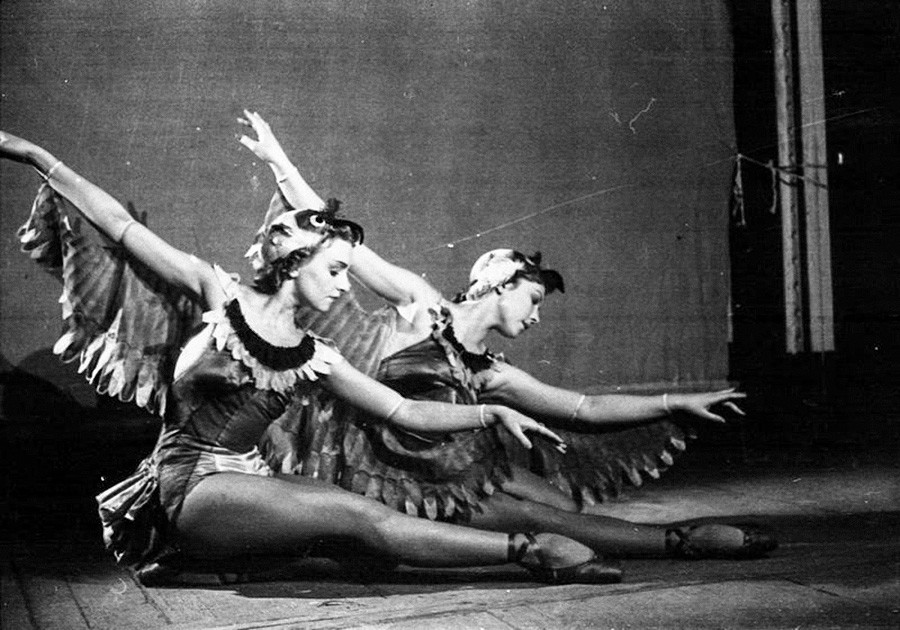 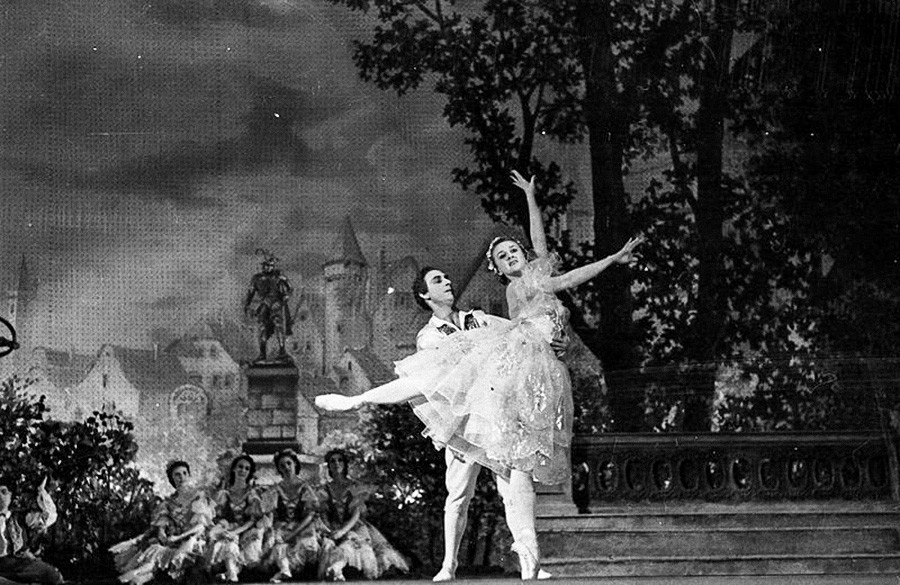 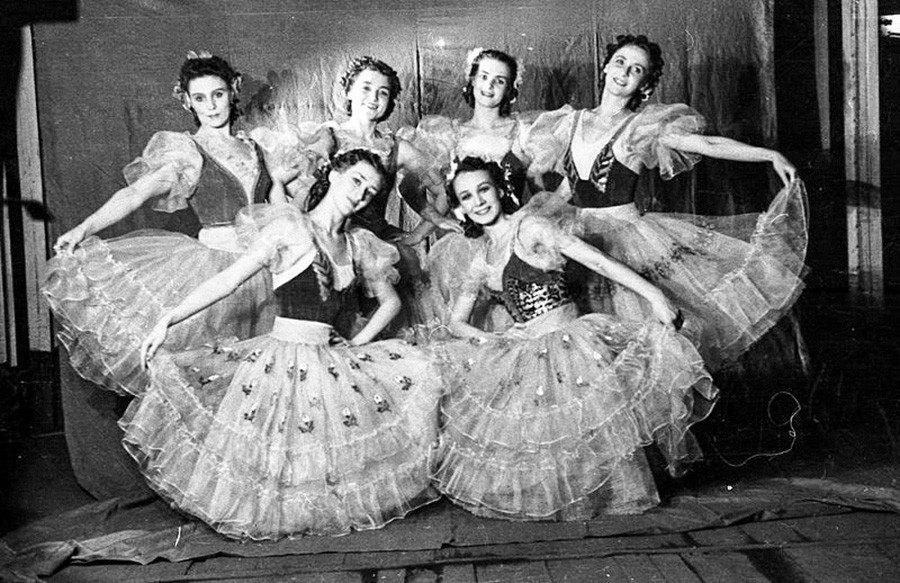 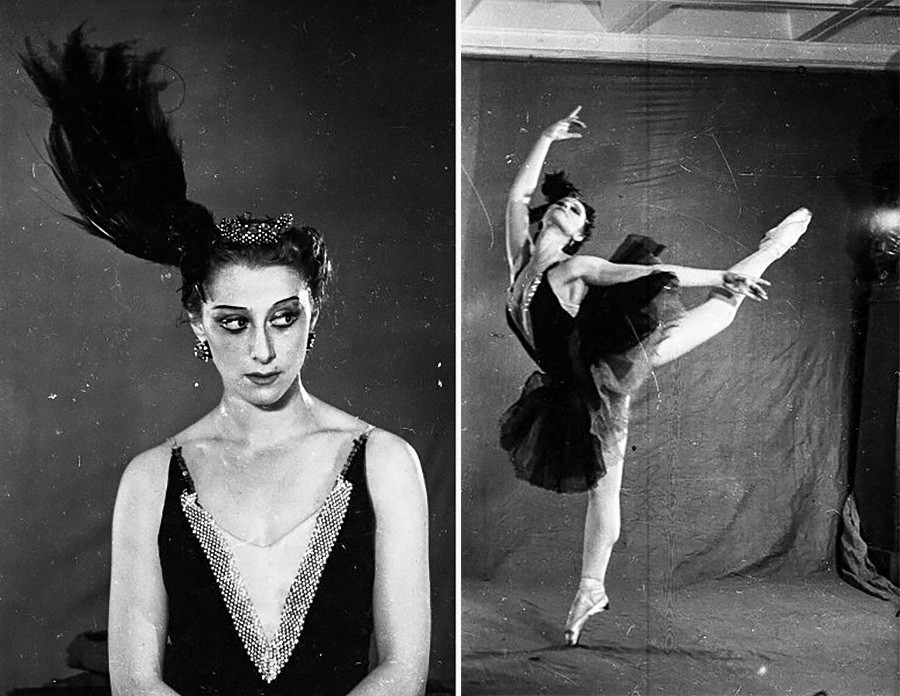 10. Scene from Reingold Glière’s ballet The Bronze Horseman at the Bolshoi Theater, 1949 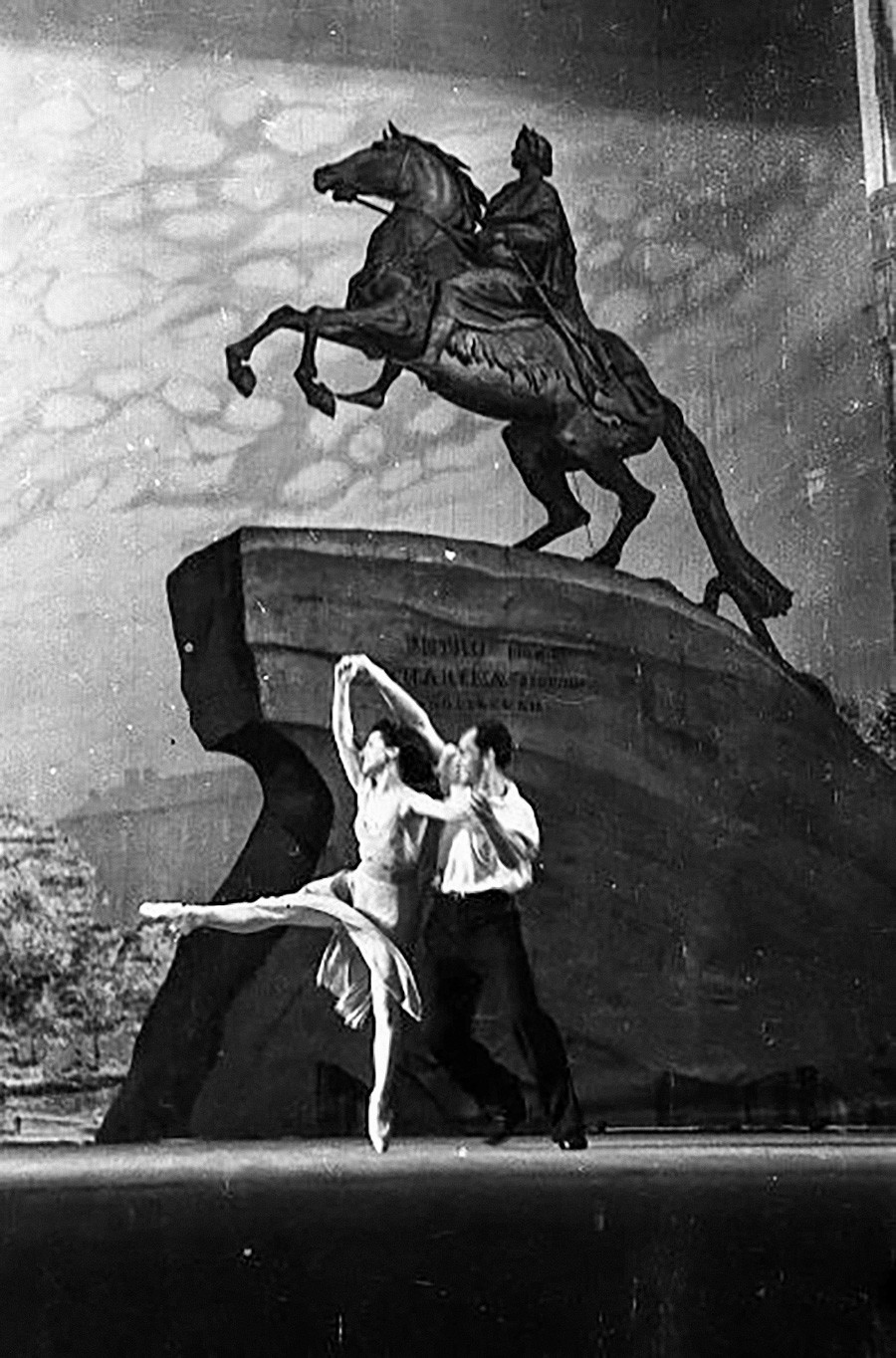 11. The China-themed ballet The Red Poppy. (The words on the ship read “Russian trade unions for Chinese workers”), 1940s 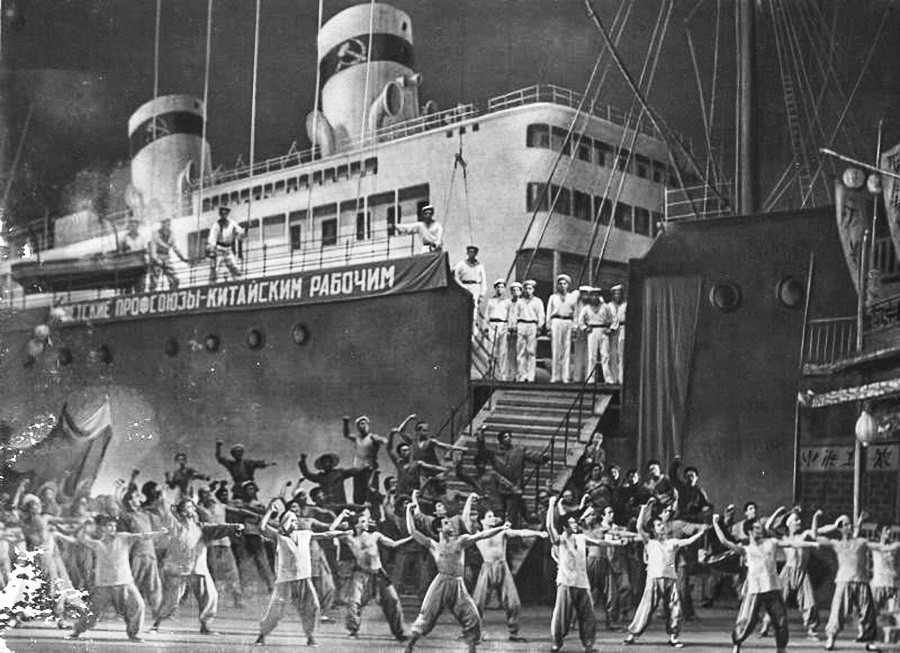 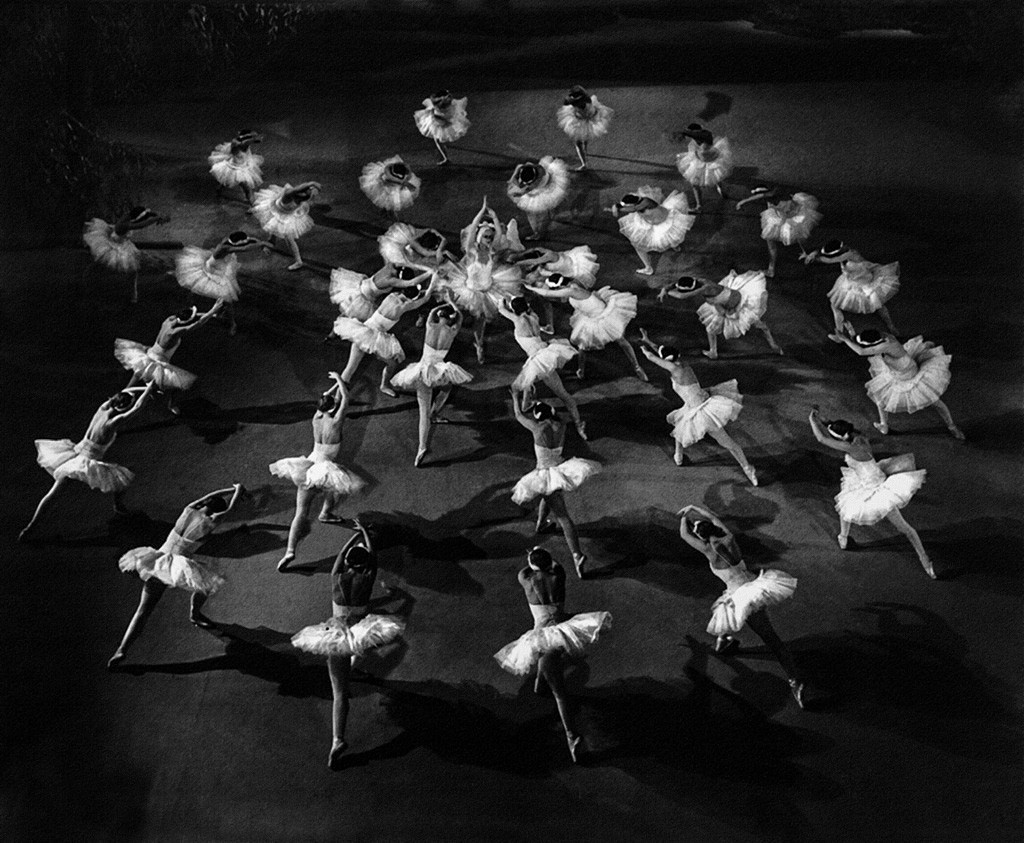 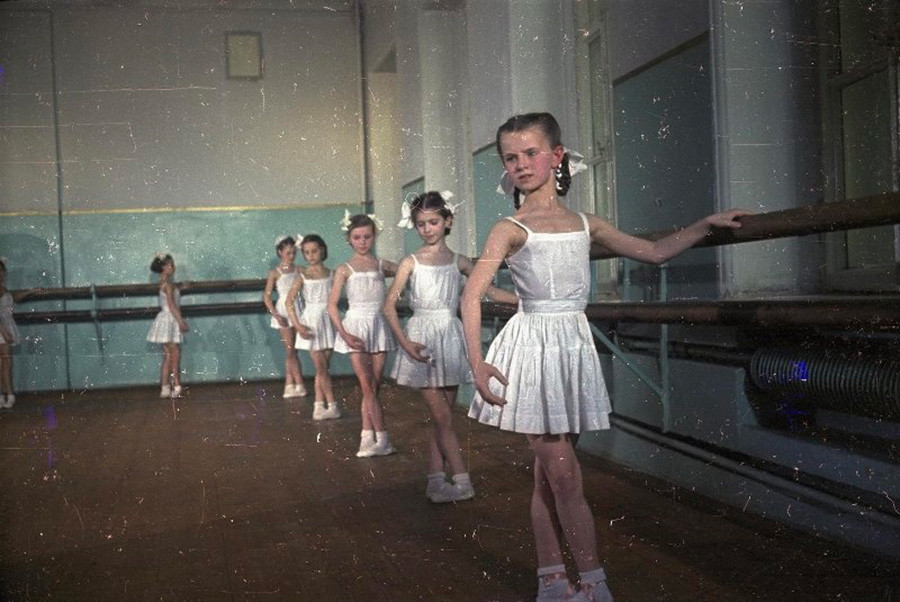 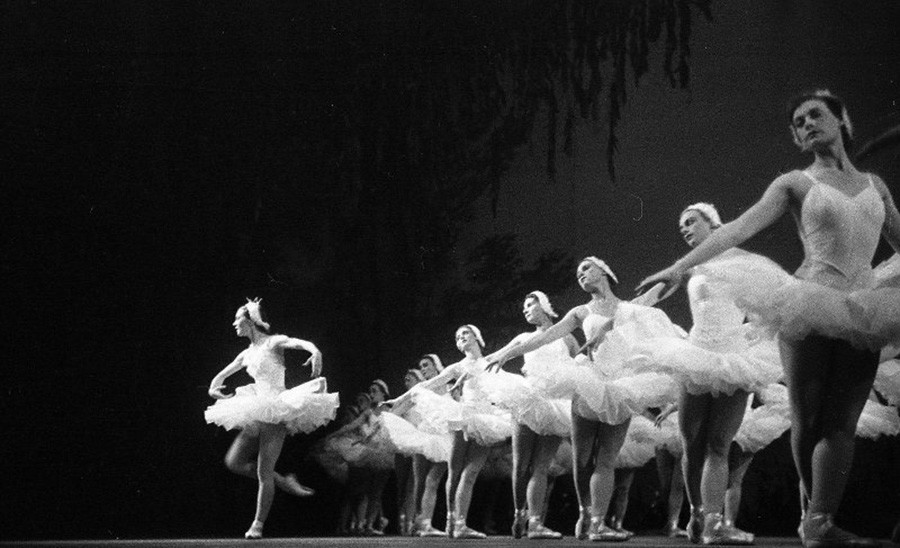 15. Friendship of peoples in ballet: Gayane by Aram Khachaturian on the stage of the Bolshoi Theater, 1950s 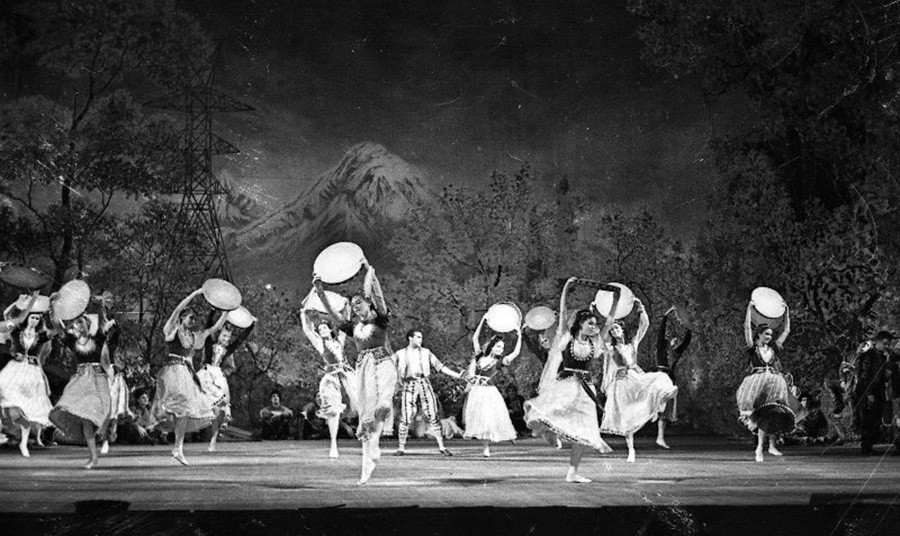 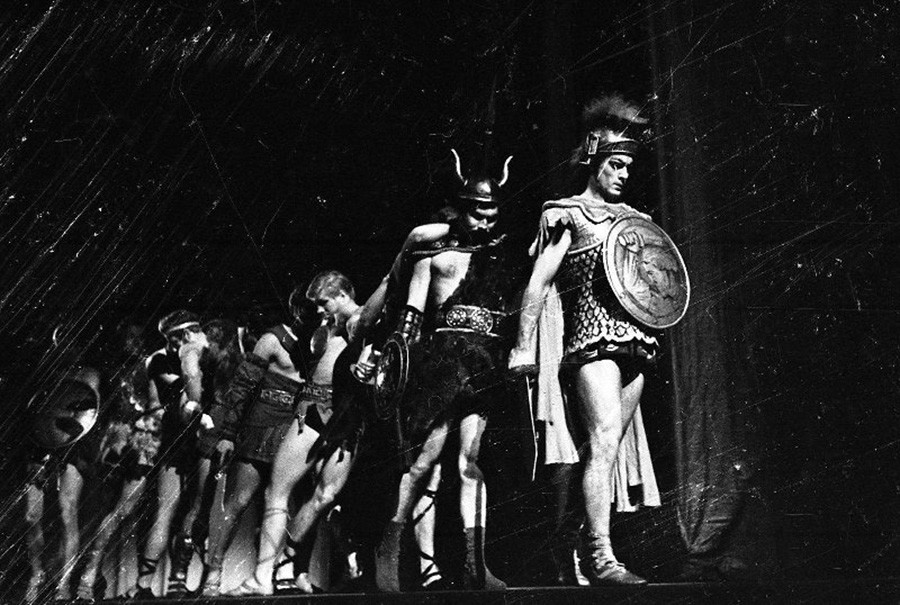 17. Pioneers perform 'The Dance of the Cygnets' at a ceremony to see off workers to the virgin lands, 1958 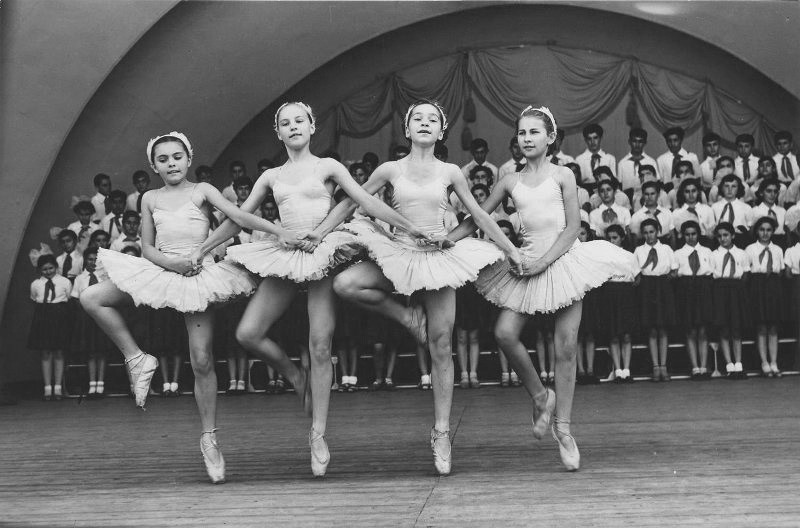 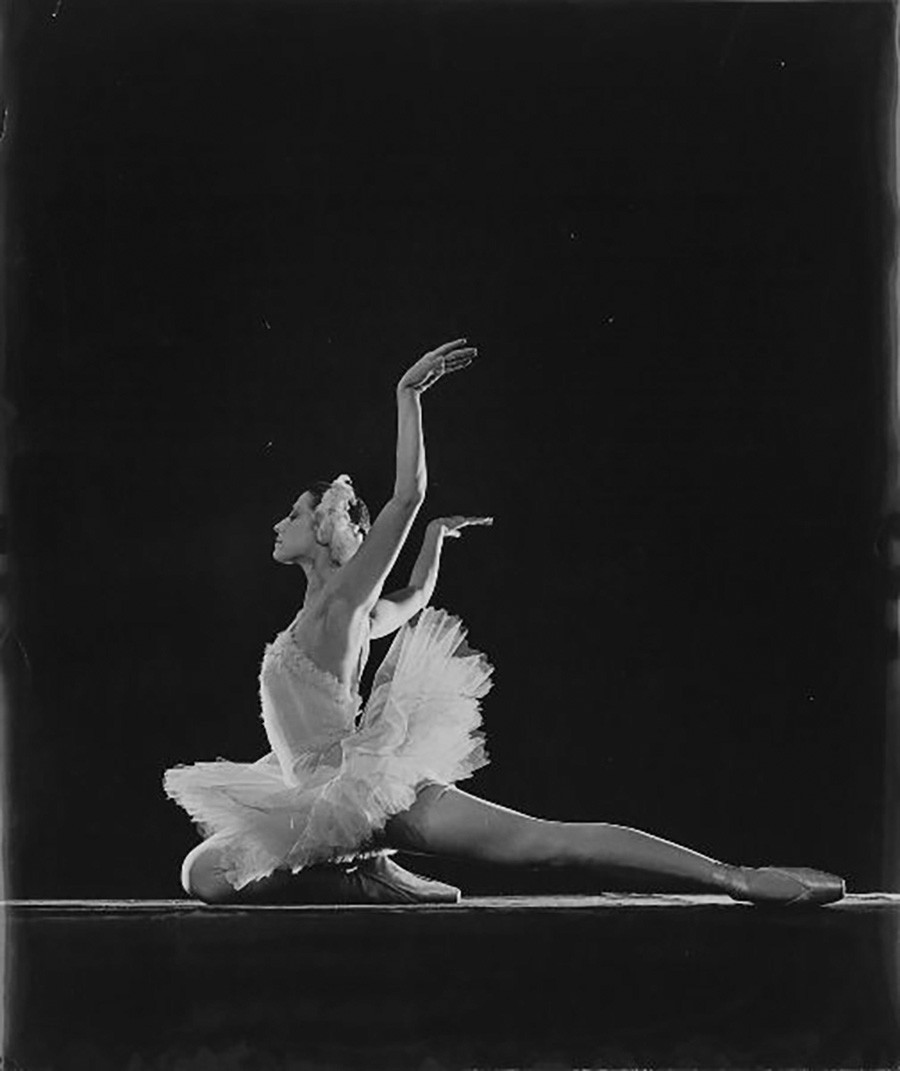 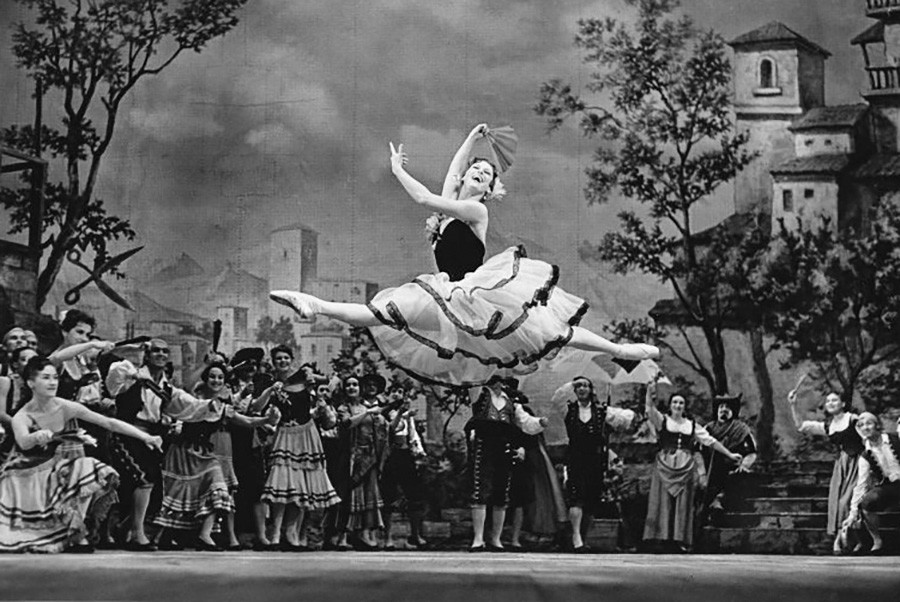 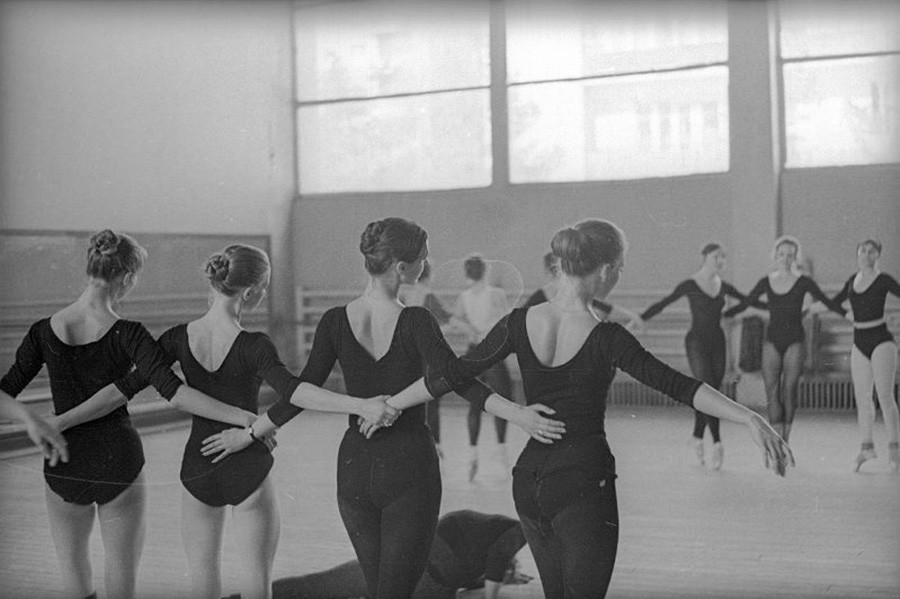 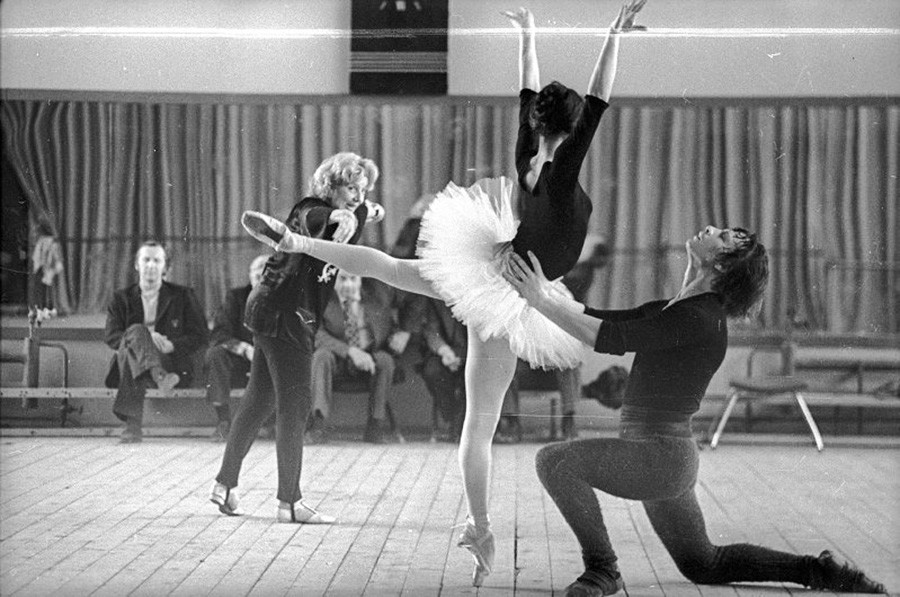 22. Maris Liepa and Marina Kondratyeva in a scene from Spartacus, 1976 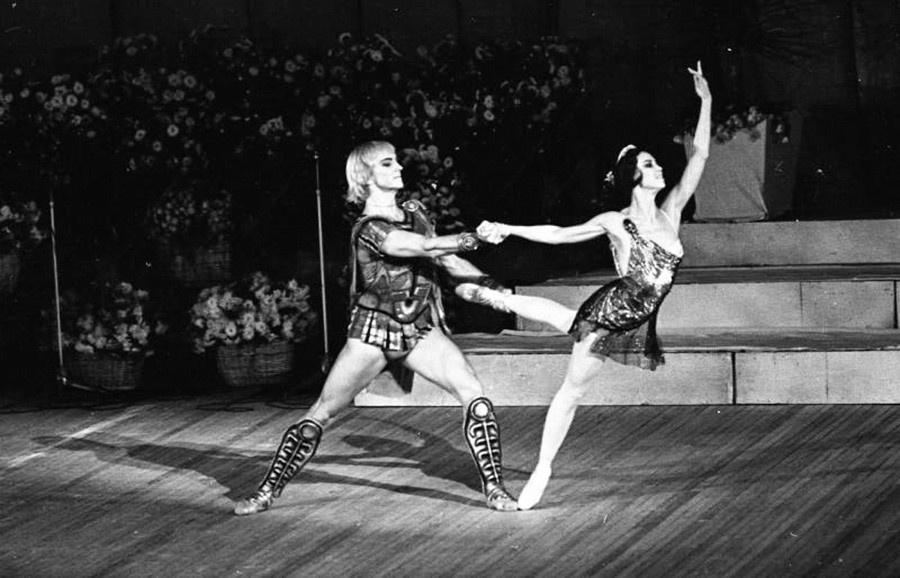 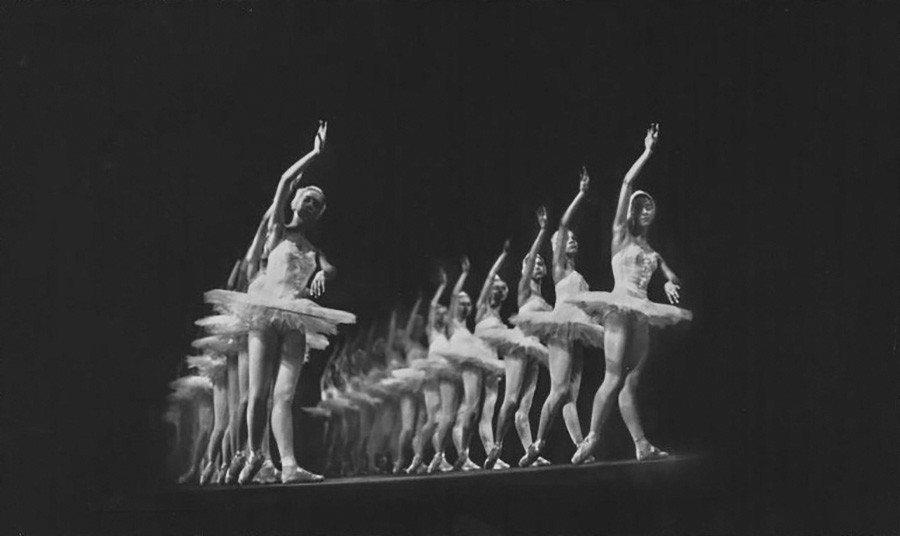 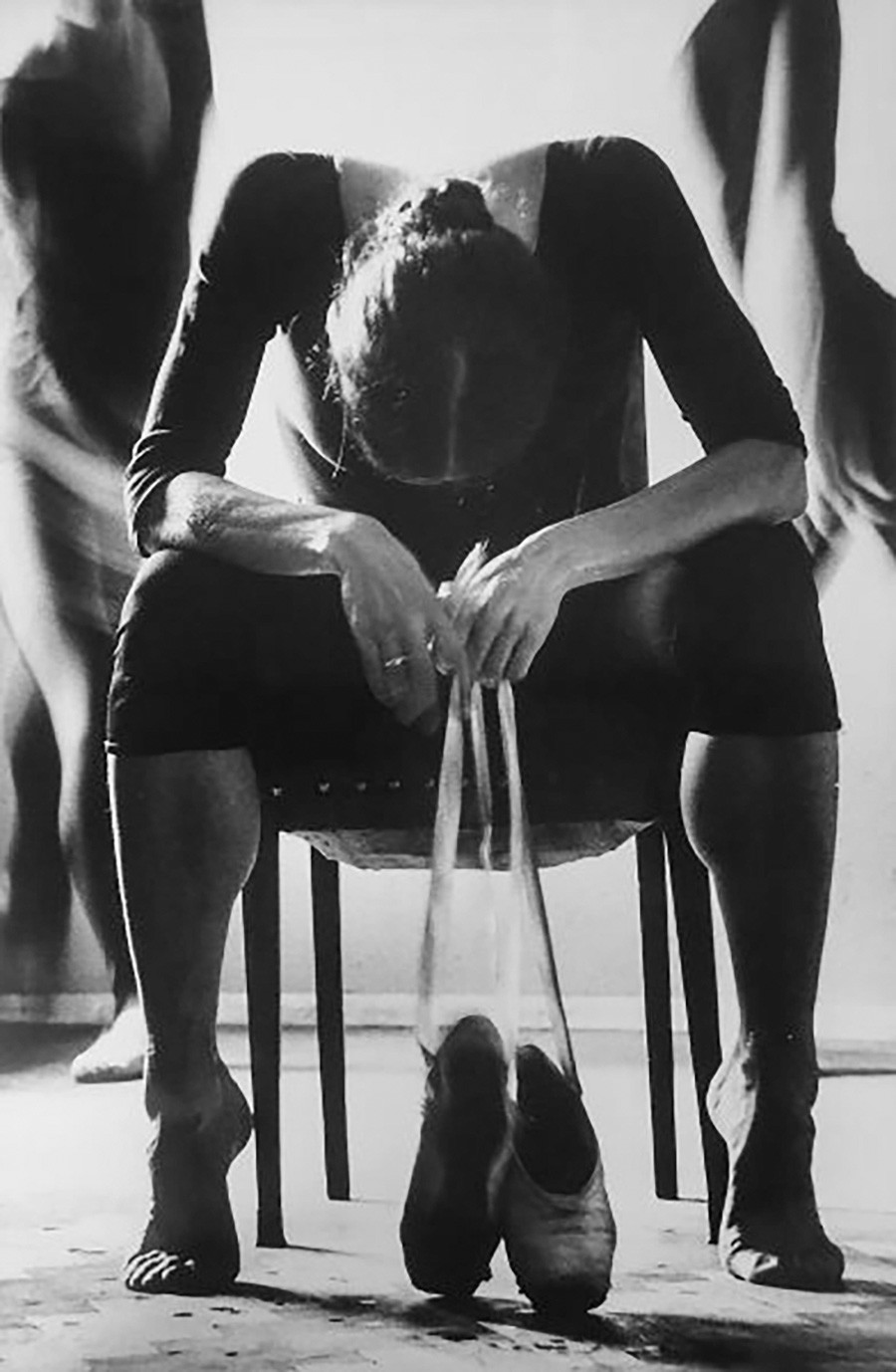 25. In the dressing room of the Voronezh Opera and Ballet Theater: a ballerina repairs her costume and reads the newspaper Izvestia, 1984 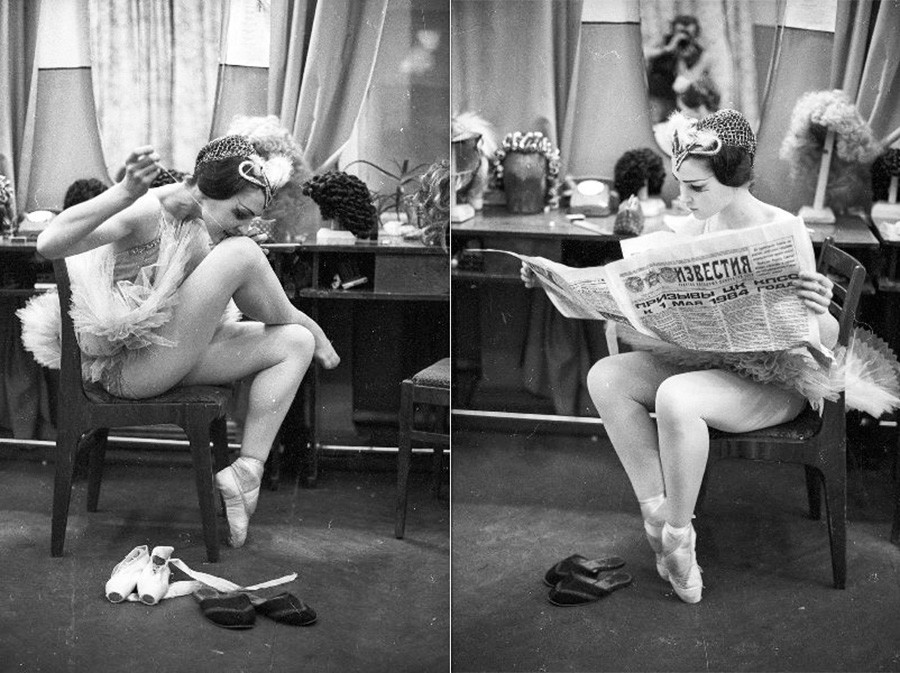