How many churches are there in Russia? 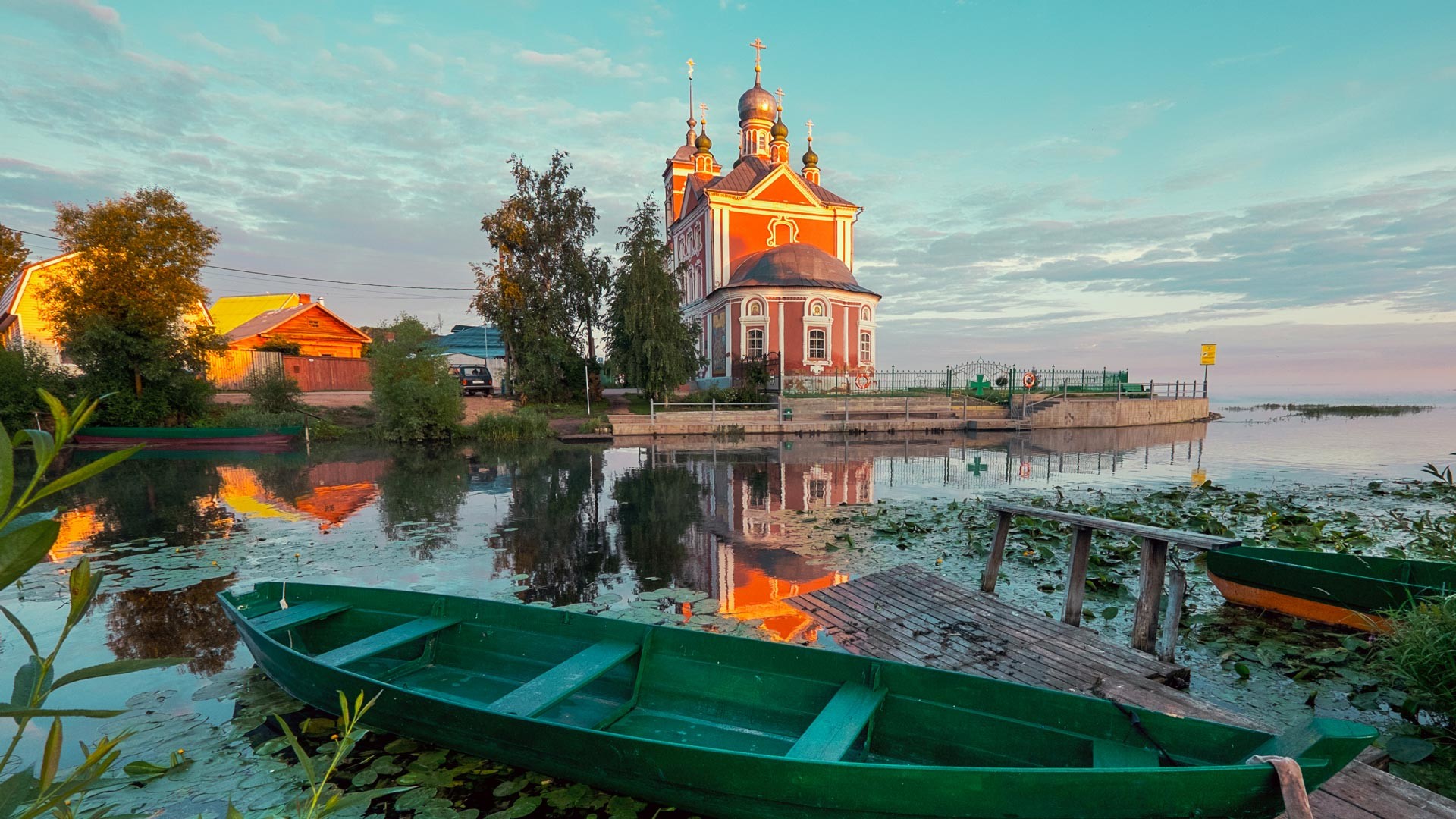 Legion Media
Before the 1917 Revolution, all Russians used to visit churches and there were a huge number of them to accommodate all the believers. But what about these days?

Russia’s Prince Vladimir massively turned the country into Orthodoxy in 988. Since those times, all of Russian history has seen the building of churches (excluding the 70 years of Soviet power, of course). Firstly, churches were financed with the Princes’ money. They considered constructing big and beautiful cathedrals as a prestigious action, showing their might. They invited the best architects and spent huge amounts of money on them.

Dukes from different parts of Russia competed with each other in matters of church and monastery construction, trying to build better masterpieces than their neighbors. They cared more about beautiful churches, rather than their own palaces, which actually were sometimes just ordinary wooden houses. 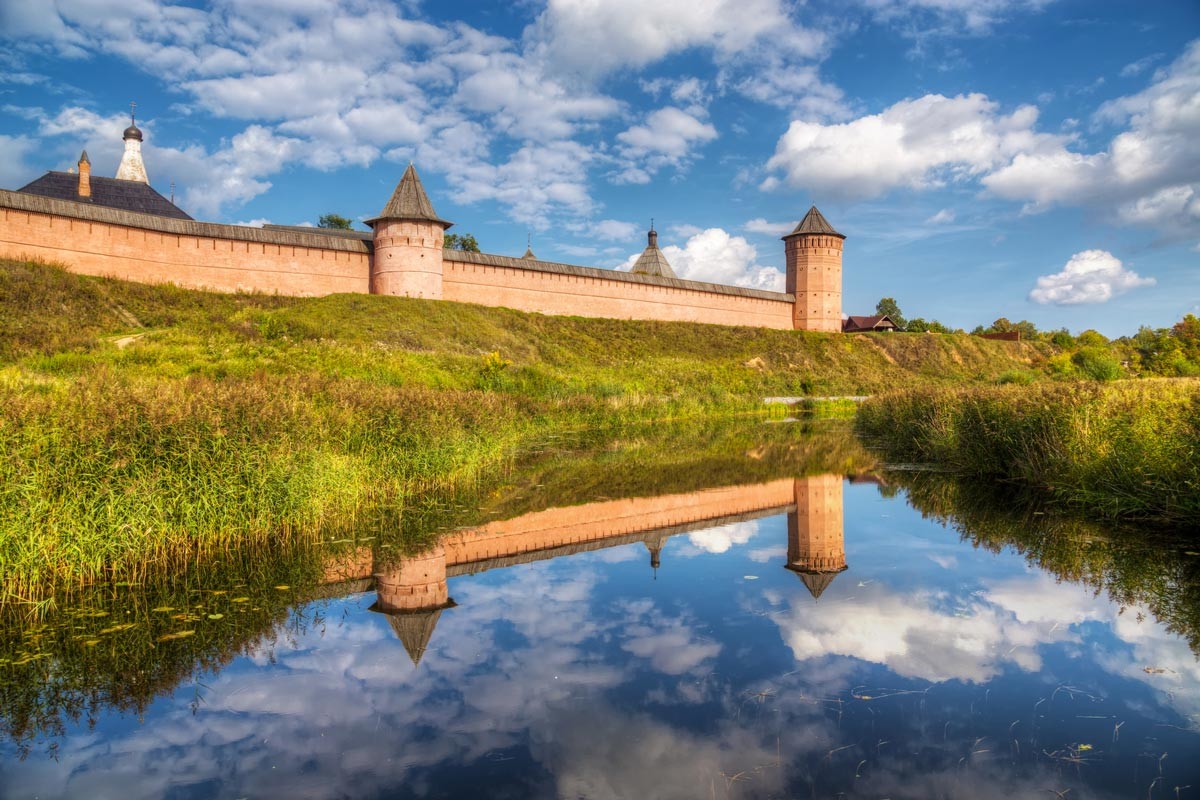 Monastery of Saint Euthymius in Suzdal

Since the 16th century, when all Russian regions united, churches were built under the tsar’s order. Rich merchants and noblemen gave large sums of money to the cathedral. They wanted to be praised by the tsar, but also to immortalize their names in history. At the same time, churches were also built with people’s donations. Christ the Savior Cathedral was built on folks’ money after Russia’s win over Napoleonic France. 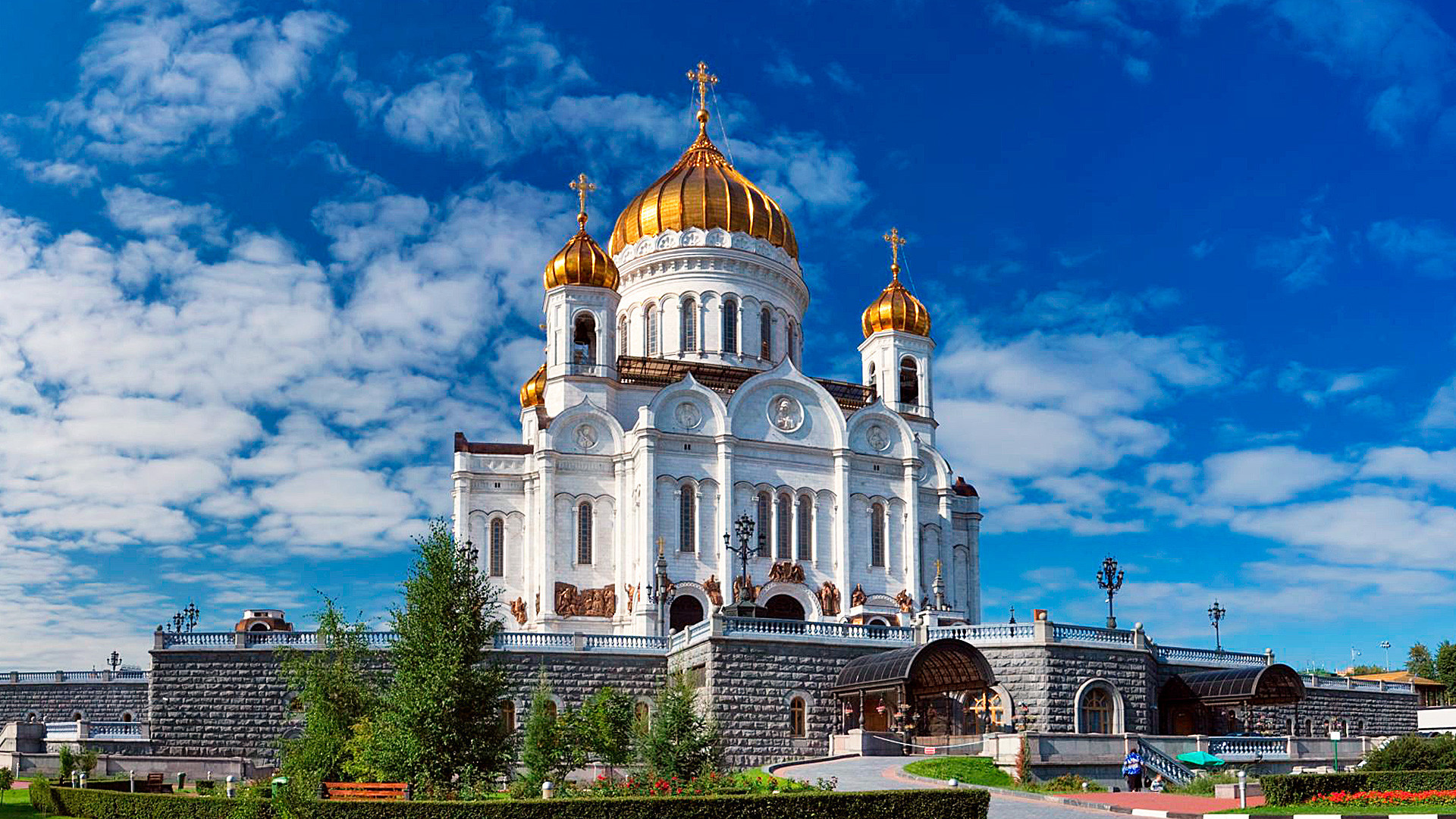 Rich and prosperous villages also had churches. Faith was an important and big part of everyday life. To give you an idea about the level of religiousness, here’s just one episode from Russian history. When, in the 17th century, a new patriarch named Nikon began a massive reformation of the Orthodox Church, many Russians didn’t accept the new rules of praying so much that they preferred to die and hundreds of people literally burned themselves alive! 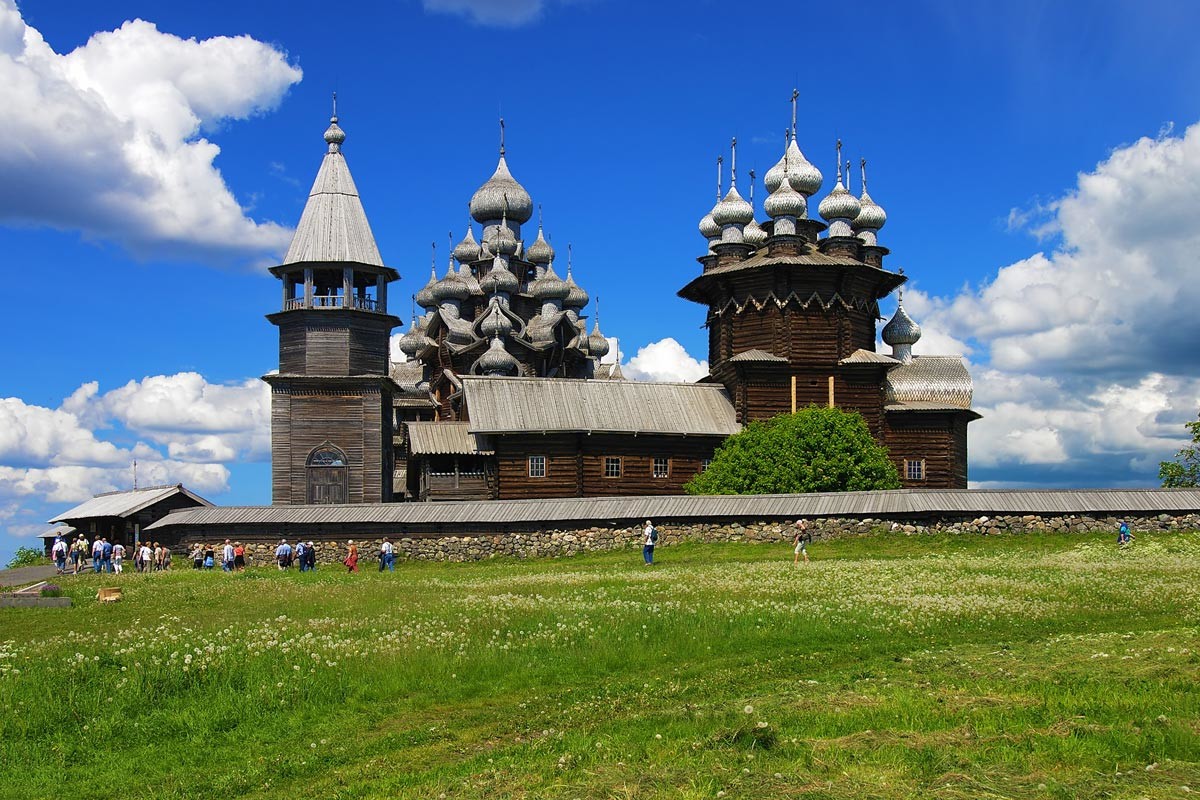 Most of the churches used to be built from wood, rare examples of them remaining in the Russian North, and they are brilliant (take a look at them here). But, just like all wooden buildings, they frequently burned down and new churches had to be built in their places.

However, in big cities, the authorities tried to build stone churches as a sign of their power. Each Russian region used to have its own “department” of the Church and the local bishops took care of the churches and monasteries in their belongings… which actually brought them lots of money, not least because of donations. 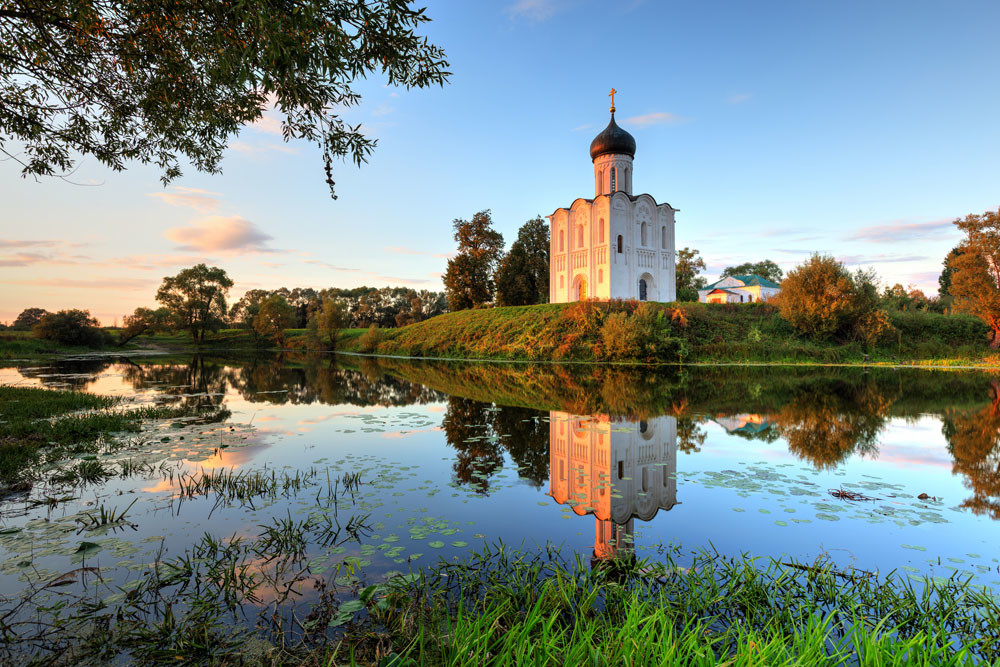 Church of the Intercession on the Nerl River

Churches sometimes could be the only stone buildings in Old Russian cities. And that’s why some of them have been preserved from very ancient times (one of the oldest is dated to the 11th century).

But, how many churches could a city build? Well, a lot! There was an idiom that went: sorok sorokov, regarding to Moscow. Sorok in Russian means both the number ‘forty’ and is the old word for ‘parish’. Moscow had about seven parishes and each of them had about 40 churches. The expression sorok sorokov (literally ‘forty parishes’) meant not 1,600 churches, but simply a lot!

And, indeed, in the early 20th century, there were roughly 800 cathedrals in Moscow and even more chapels and other places of worship. Each Moscow street had a church and sometimes not just one. 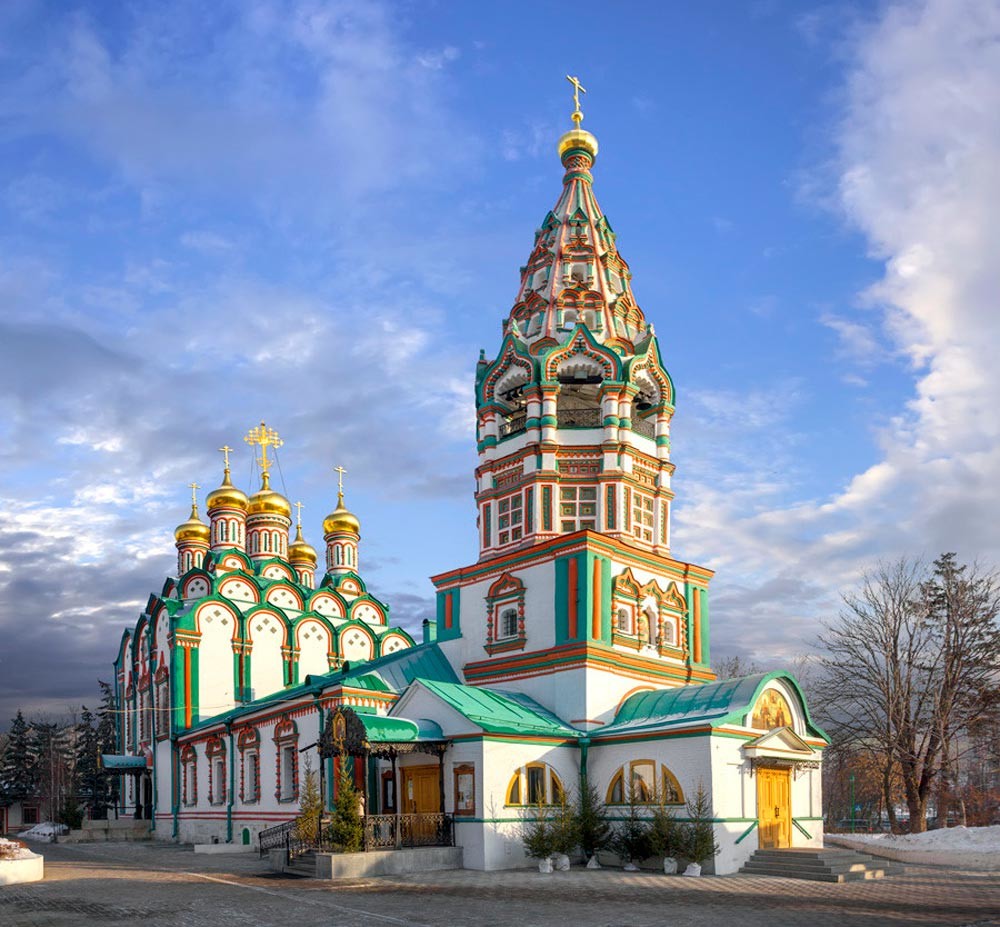 Other Russian cities also had lots of churches. And many of them were built on donations of the parish. In the cities of Russia’s Golden Ring tourist route, there are many preserved old churches. And listening to their bells ringing all together, one can feel as if one is back in Old Russia.

Churches after the Revolution 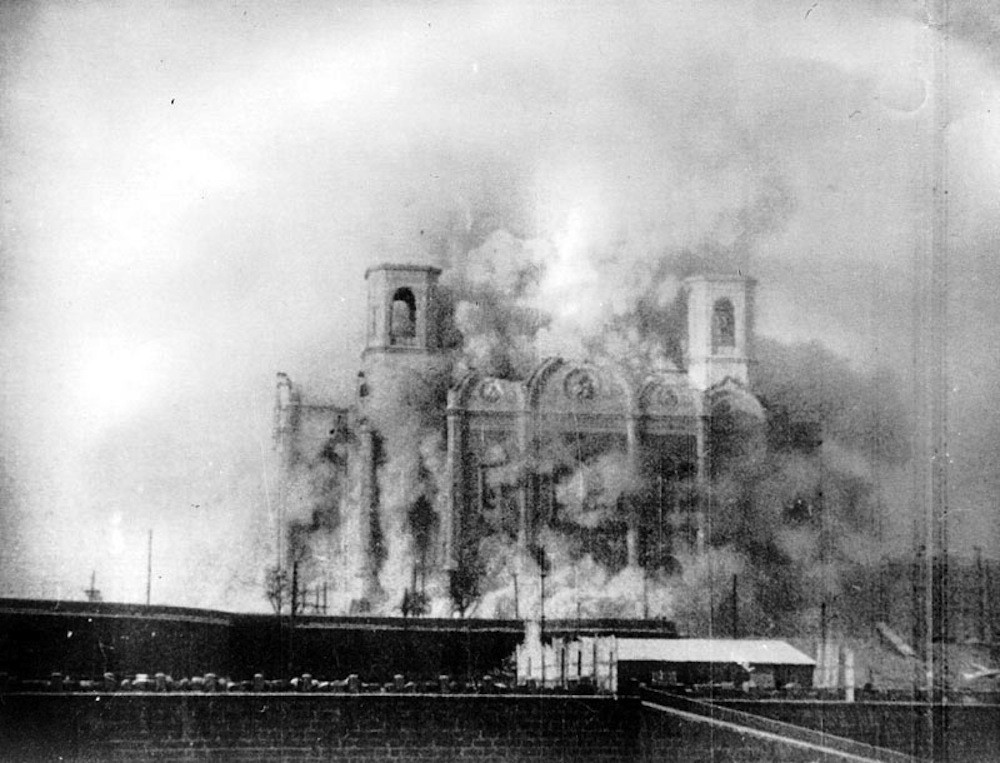 On December 5, 1931, Christ the Savior Cathedral was blown up

The Bolsheviks implemented a massive anti-religion campaign. They closed churches, grabbed the church valuables and icons and sold them to the West, arrested and killed priests. The captured cathedrals the Soviets used as army barracks, warehouses, grain storages, hospitals, orphanages, museums and for many other purposes (read more here).

The Bolsheviks also destroyed a huge number of churches. Before the Revolution of 1917, the Russian Empire had roughly 54,000 churches and over 1,000 monasteries. And by the late 1980s, when perestroika began, their number had decreased to 6,893 and 22, respectively. 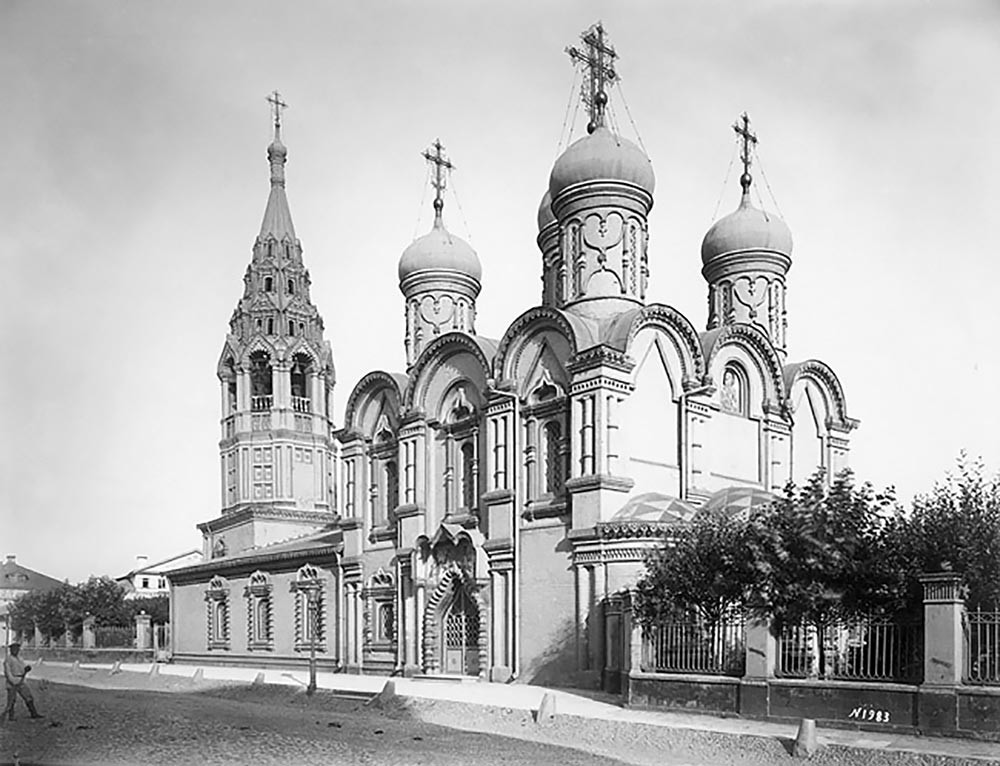 Church of Cosmas and Damian in Moscow, demolished in 1938

Just in Moscow alone, from its around a thousand churches, only around 50 remained serving liturgy by the 1980s. And the most famous example is Christ the Saviour Cathedral, which was demolished in 1931. A swimming pool was built in its place. However, in the 1990s, the cathedral was rebuilt under the original project. However, there are some great cathedrals that were lost forever which you can see here.

So, how many churches are there in modern Russia?

Calculating the number of churches now is a tough task. In the 1990s, the Russian Orthodox Church was officially restored and, according to the latest official data after the three decades, now there are more 21,000 churches and other places of worship and almost a thousand monasteries. While around the world, under the authority of the Russian Orthodox Church, there are over 38,000 churches. 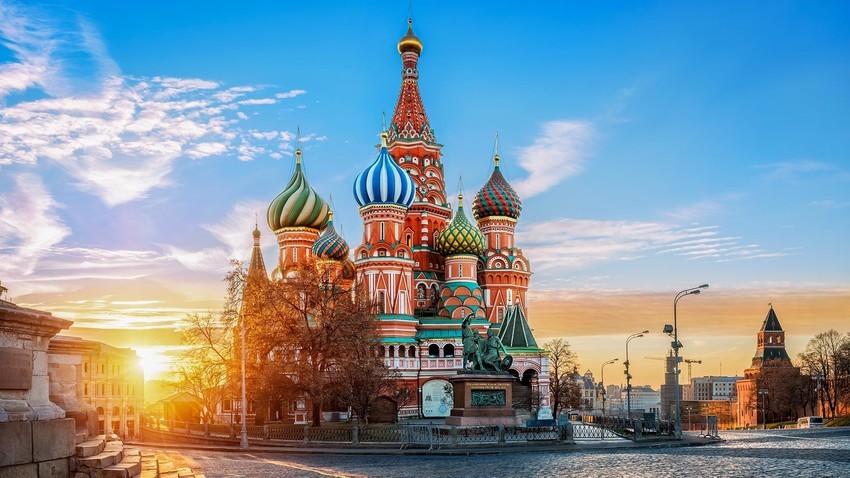 However, this number doesn’t include churches that don’t serve liturgy (for example St. Basil Cathedral on the Red Square, which is officially a museum). According to the website Sobory.ru that lists all the Russian churches, there are more than 47 thousand religious Orthodox objects in Russia, both working and closed or abandoned. 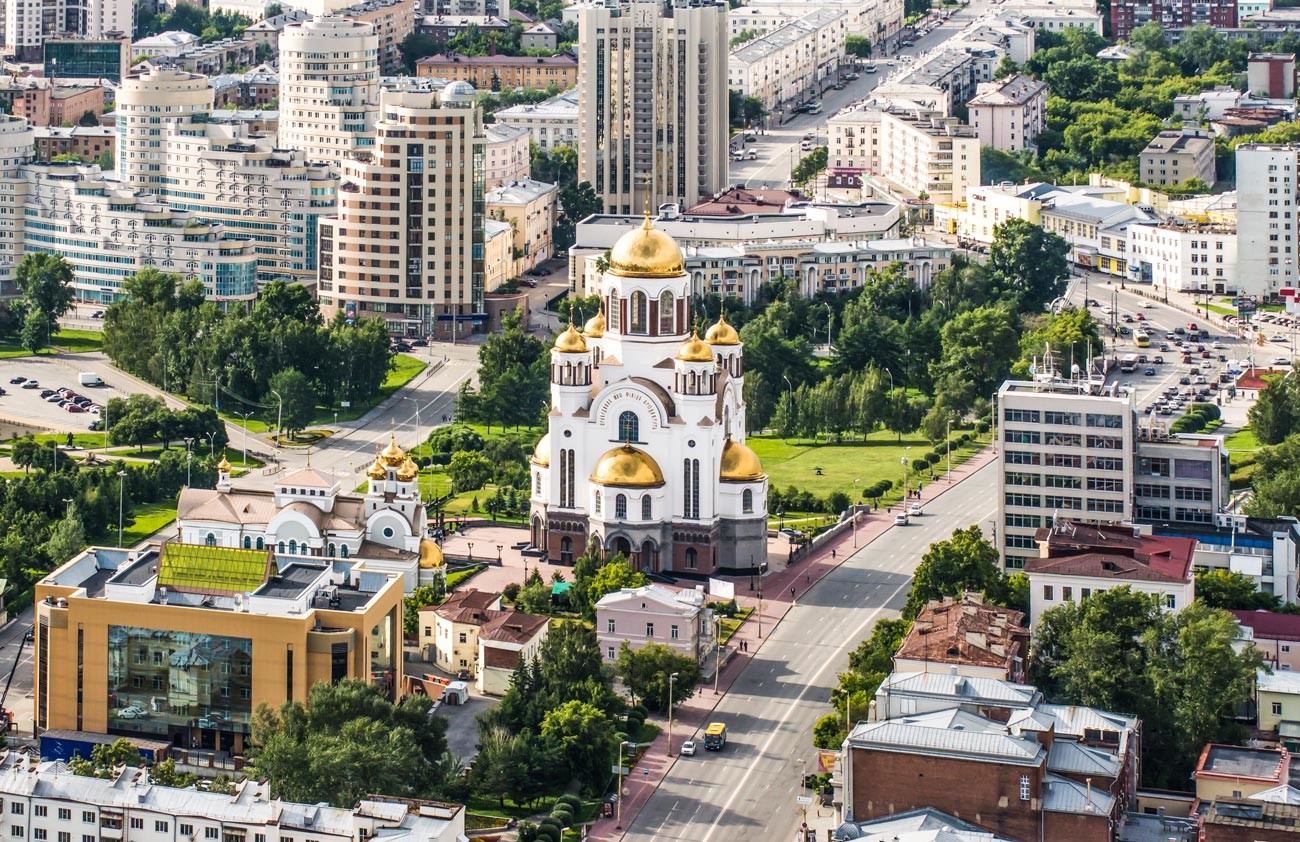 Church of All Saints in Yekaterinburg, built in 2000s

On average there is one cathedral for five thousand believers, while big cities, such Moscow and St. Petersburg, have one cathedral per 15 thousand people. Now, Moscow has more than 1,000 churches and, each year, another 10-20 are being built in the city.