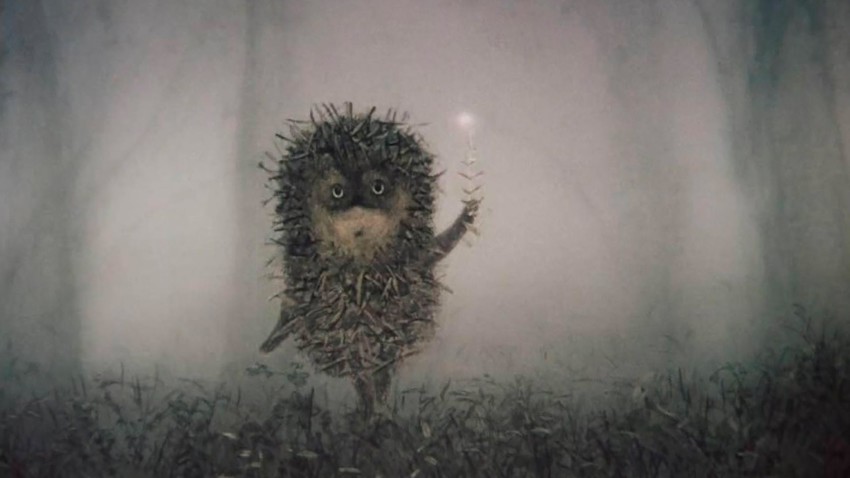 Yuri Norstein/Soyuzmultfilm, 1975
Soviet animation guru Yuri Norstein created a mesmerizing tale of friendship and fear that seems real and relatable to both adults and children. ‘Hedgehog in the Fog’ is an epic journey through the forest of life.

Norstein, who doesn’t use computer animation in his signature films, is often referred to as one of the best animators of all time.

He created his most iconic cartoon creature, the Hedgehog, in 1975. Since then, his animated masterpiece has collected numerous international awards and was ranked No. 1 in a poll at the 2003 Laputa Animation Festival in Japan, where 140 animators from across the globe picked out the best animated films in history. 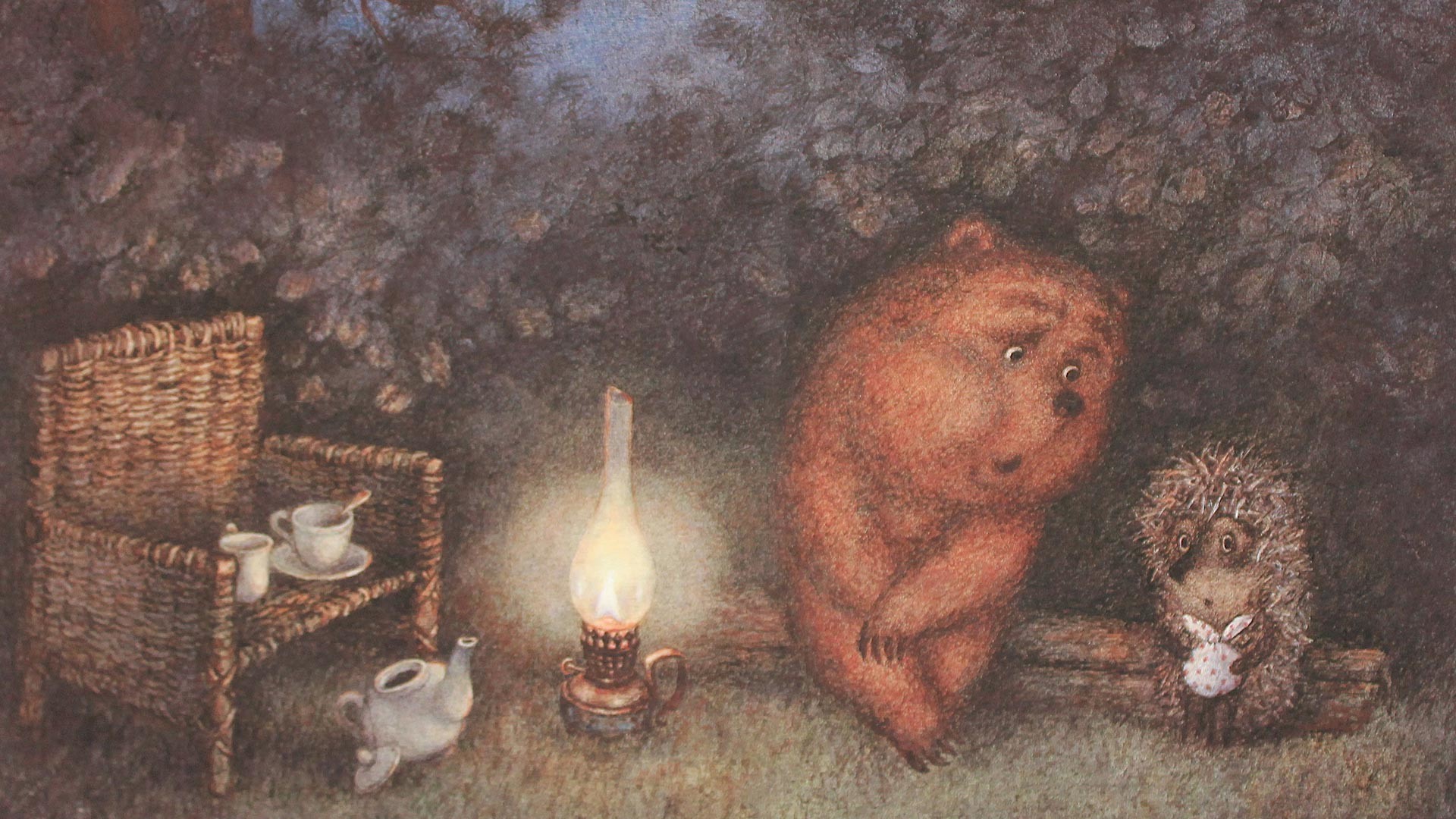 What’s a classic journey through the forest? A timeless fantasy you only see in a dream. In Yuri Norstein’s signature animation, the Hedgehog goes through a deserted forest road to catch up with his dear friend, the Bear Cub. They drink tea with raspberry jam and count the stars together. During this short journey, time slows down and fears grow. 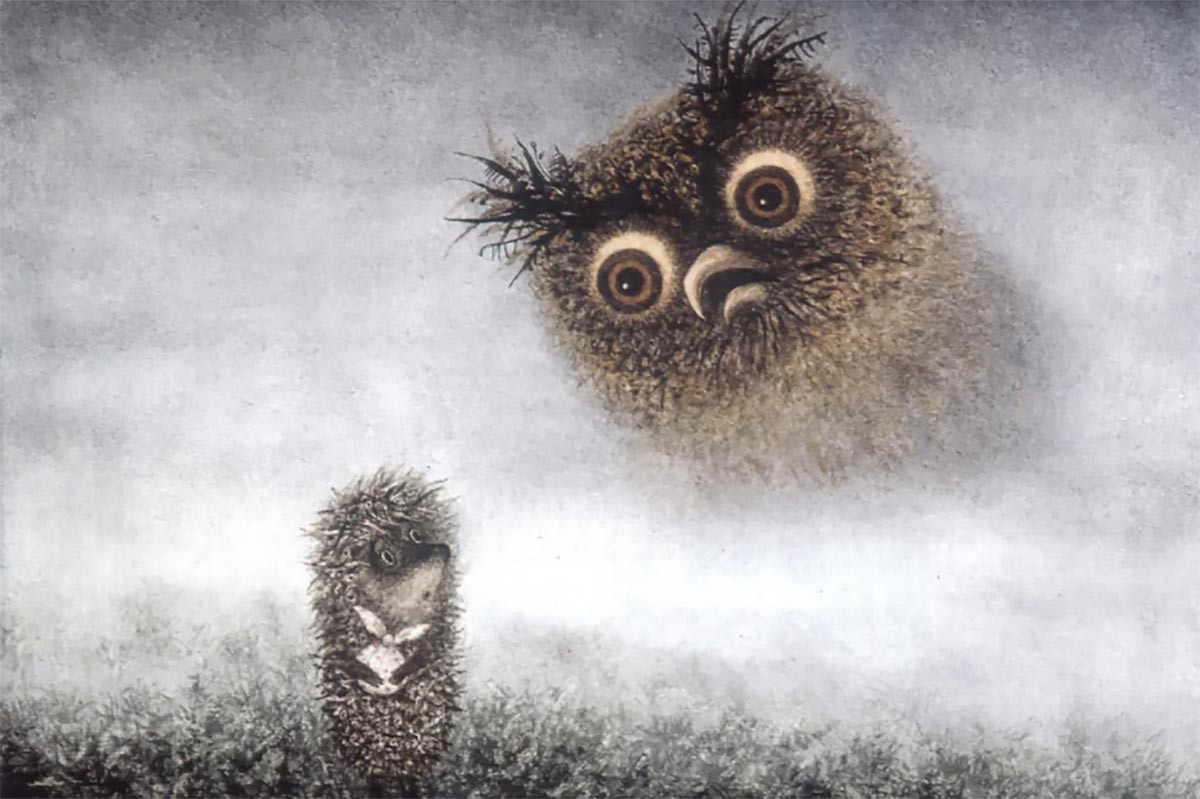 The Hedgehog walks in through the dense fog, followed by an eerie Owl, a Snail, a Bat, a Dog and a magnificent white Horse, rising ghostly through the fog. The shadows are always ready to fall across, with the Hedgehog ducking through thick forest in search of a miracle. 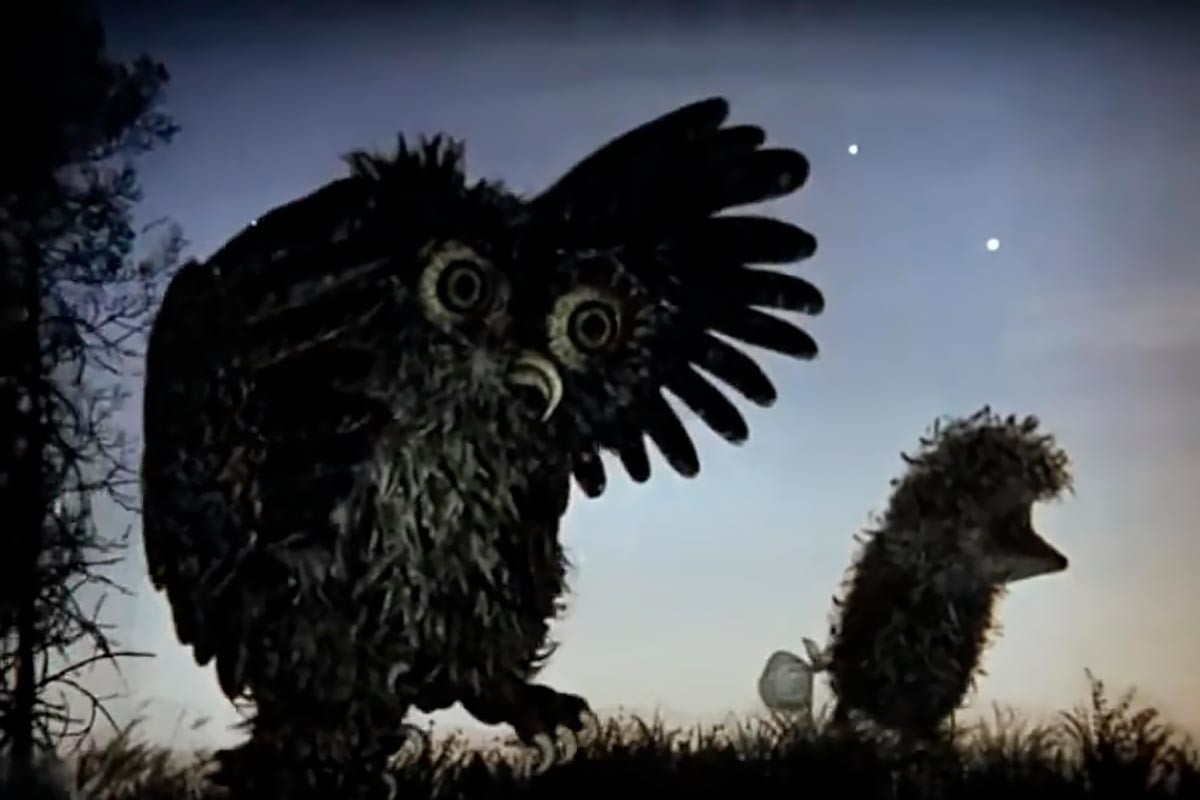 According to an old German proverb, “fear makes the wolf bigger than he is”. Indeed, filled with suspense, strange species and sudden surprises, ‘Hedgehog in the Fog’ feels like a miniature Hitchcock tale of mystery, drama and beautiful cinematography. 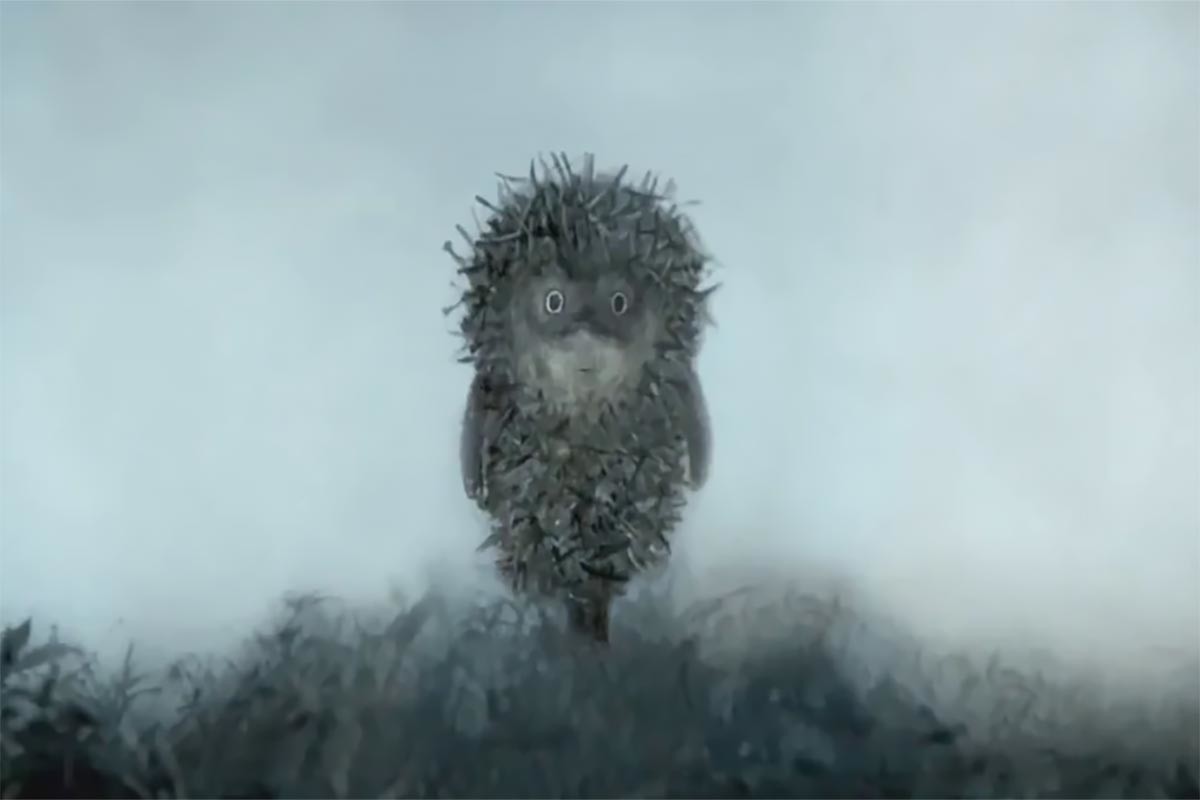 Yuri Norstein’s multilayered animation has a mystical atmosphere and poetic style. The artist used multiple layers of glass panes to create unconventional three-dimensional effects. In 1984, Norstein’s other masterpiece, ‘Tale of Tales’ was voted best animated film of all time at the Los Angeles Olympic Arts Festival. In 2003, his ‘Hedgehog in the Fog’ took control and gained the lead.

While, technically, ‘Hedgehog in the Fog’ is just about a poor creature lost in the fog, if you dig deeper, you’ll discover that it’s actually a film about the mysterious Russian soul and raison d'être.

‘Hedgehog in the Fog’ is visually striking, emotionally engaging and stylistically unique. It speaks the universal language of fear, hope and belief.

Yuri Norshtein recalled that when he and his wife Franchesca Yarbusova (with whom he’s worked on all his films) tried to figure out what the titular character should actually look like, they found inspiration in ‘The Zvenigorod Saviour’, an icon featuring Jesus Christ’s face painted by Andrei Rublyov. The icon happened to convey the spirit of the character that Norstein sought to mirror in his animation. The animator described it as a “feeling of the character’s universality”. 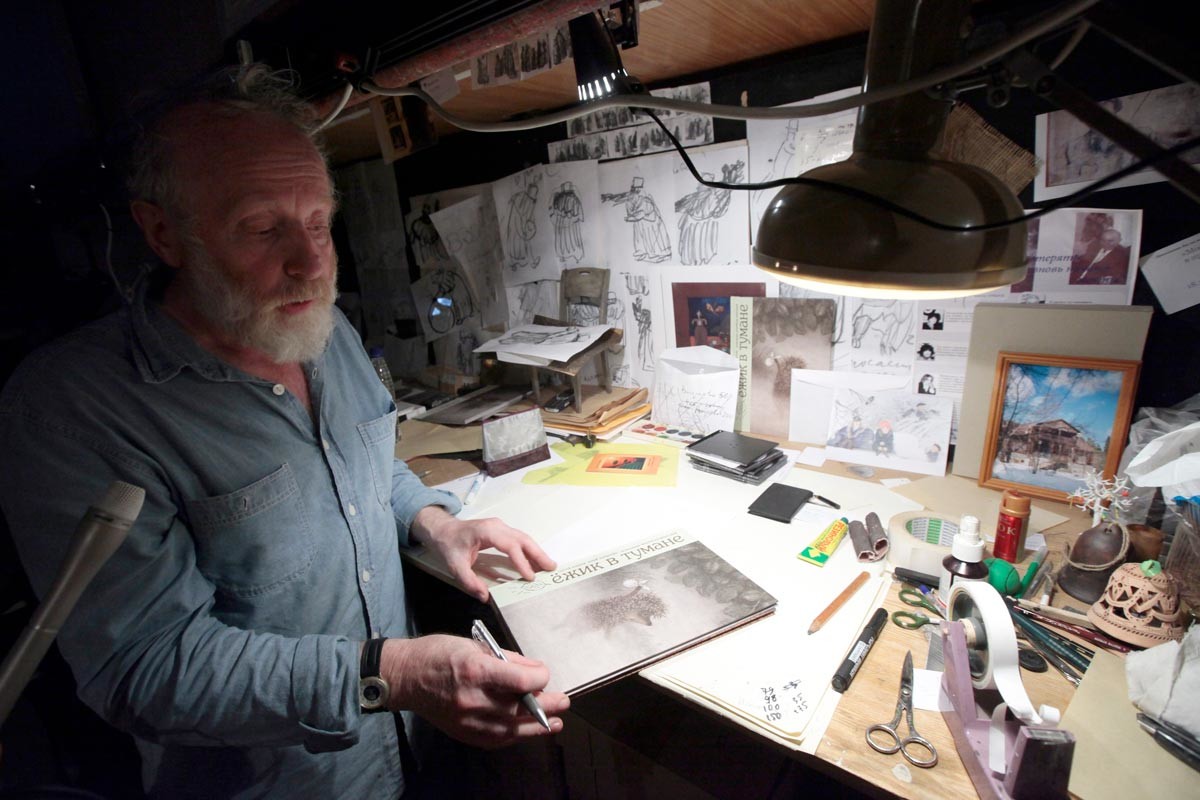 And yet, no one believed in the success of ‘Hedgehog in the Fog’. When Norstein pitched his project to the state Soviet commission that was supposed to give the green light to the production of the film, he was asked why he chose such a boring story for the production in the first place. For want of a better response, the animator quoted Dante: “Midway upon the journey of our life I found myself within a forest dark.” Miraculously, it worked and Norstein was given the go-ahead.

‘Hedgehog in the Fog’ is often interpreted as a parable and the river into which the Hedgehog falls is compared to Styx (the river that separates Earth and the Greek Underworld) and Lethe, the river of forgetfulness. “Every day, the Hedgehog goes to the Bear Cub, but once, he walks in through the fog and comes out of it a different person. This is a story about how, under the influence of some circumstances which we are totally unaware of, our habitual state can suddenly turn into a catastrophe,” Norstein explained. 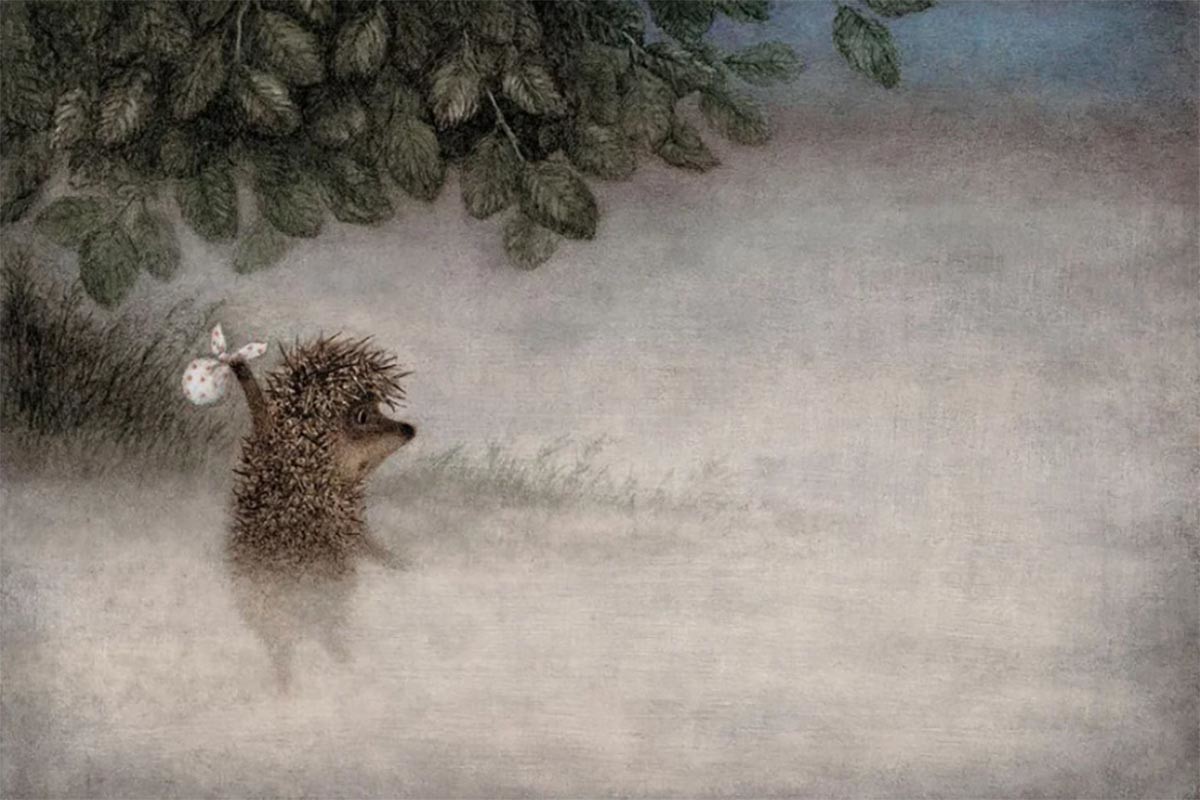 Call it a parable, a meditation or a silent prayer, Norstein’s modest animation is also a portal into a child’s subconscious. You’d be amazed how many secret messages are hidden in there, in the form of barely audible whispers and echoes.

Metaphorically speaking, the tiny hedgehog who is struggling with feelings of fear, loneliness, curiosity and uncertainty, represents each of us, while the fog itself is our blurry and fuzzy life spiced up by the state of perpetual bewilderment and confusion. 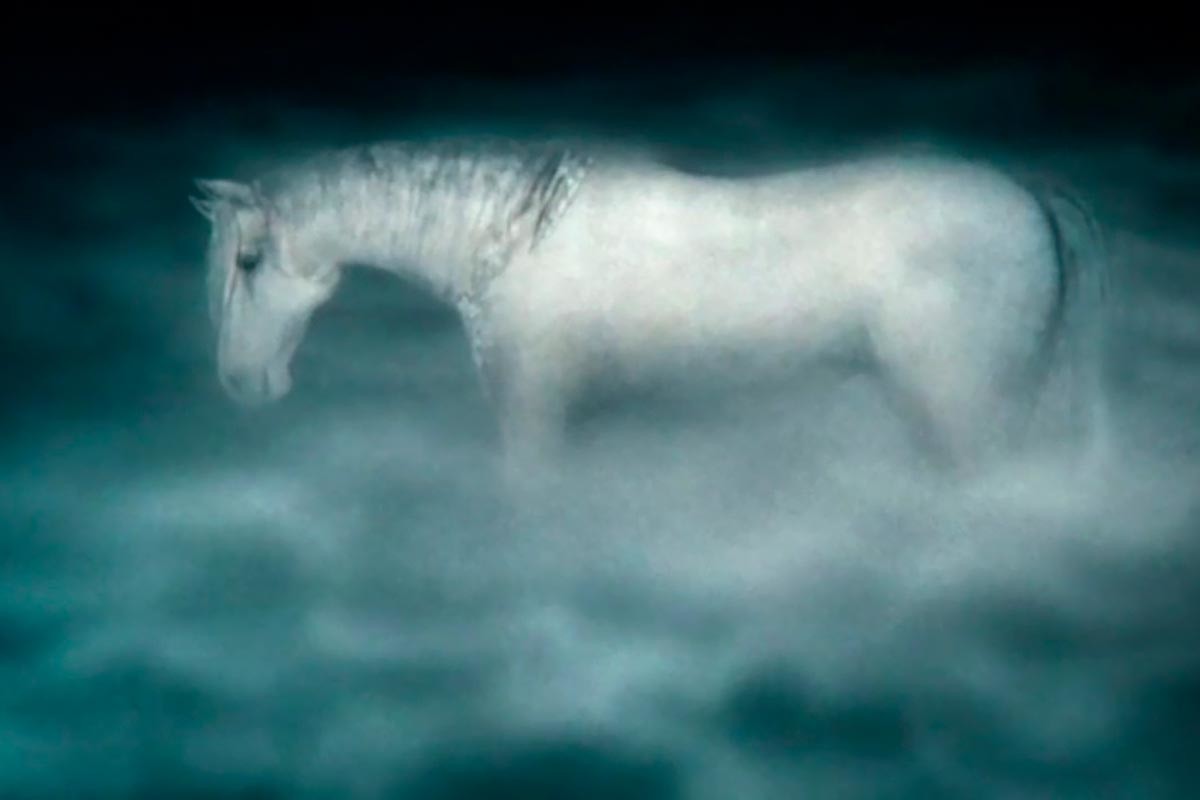 A true philosopher at heart, Norstein tries to answer the multi-million dollar question that has puzzled, confused and perplexed generations of artists before him:

What is the meaning of life? - Just to count the stars, maybe?

Norstein, who celebrated his 80th birthday on September 15, 2021, never says it out loud, putting it out there for us to read between the lines, instead.

You can watch ‘Hedgehog in the Fog’ in full here.