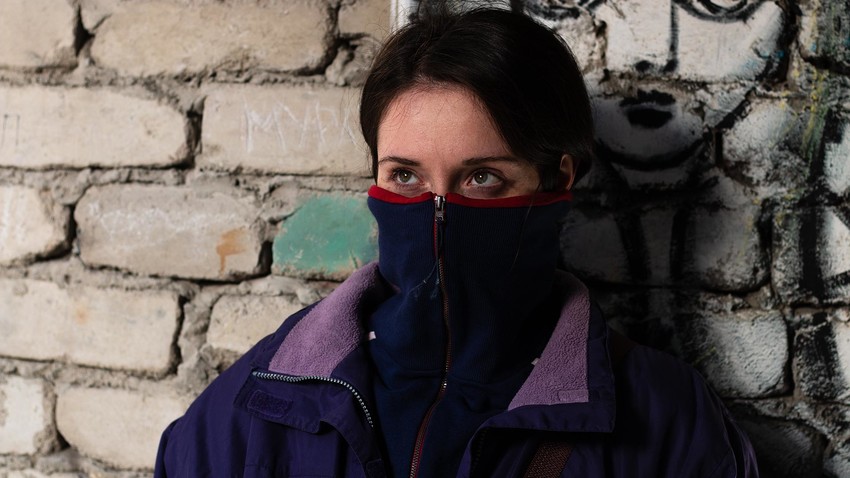 Russia has picked ‘Unclenching the Fists’ as its entry for the 2022 Oscars in the ‘Best International Feature’ category. The movie is filled with arresting suspense, despair and devastation. Is there any light at the end of the hopeless tunnel?

1. Highlights the universal problem of overprotectiveness

Middle-aged Zaur is a helicopter parent who commands total obedience and hovers 24/7. He has three grown children who are forced to adapt to their father’s undying overprotection. The patriarchal family lives in the village of Mizur, high in the mountains of Russia’s North Ossetia, where, for generations, the young people have obeyed the elders and the women obey the men. But times change and so do people and their world view. So, at the earliest available opportunity, Zaur’s eldest son, Akim, flees home to the nearest large city of Rostov-on-Don to look for work. 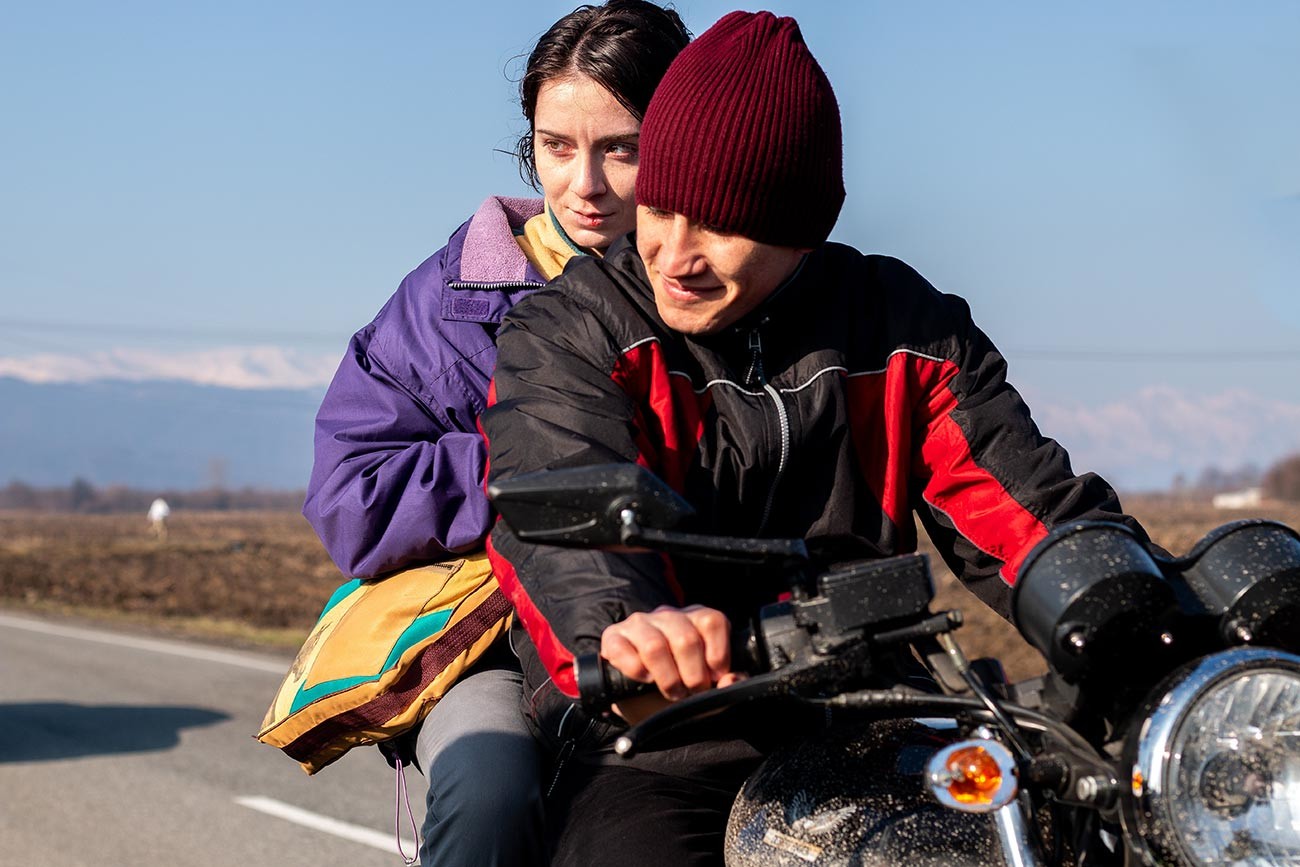 Ada and Akim in 'Unclenching the Fists'

His youngest brother Dakko is still a carefree teenager, whom his father doesn’t allow to go to school. But it’s Zaur’s lovely daughter, Ada, who lives a fragile life full of anxiety and fear. Her place is in the home, as the saying goes, with the routine household destined to remain Ada’s only legitimate responsibility forever. The suffocating love of her father, a control freak who locks his two children and forbids Ada to wear her hair long, not to mention a perfume, is literally detrimental. Ada works as a saleswoman in a small store, but Zaur hides her passport to make his daughter stay with him at any cost. He doesn’t even want the poor creature to undergo a much-needed surgery (Ada has issues with bladder control and suffers from constant embarrassment). We can only guess why her father is against the surgery, out of pure selfishness or, perhaps, because the medical procedure is deemed too intimate for a young unmarried woman in the Caucasus. 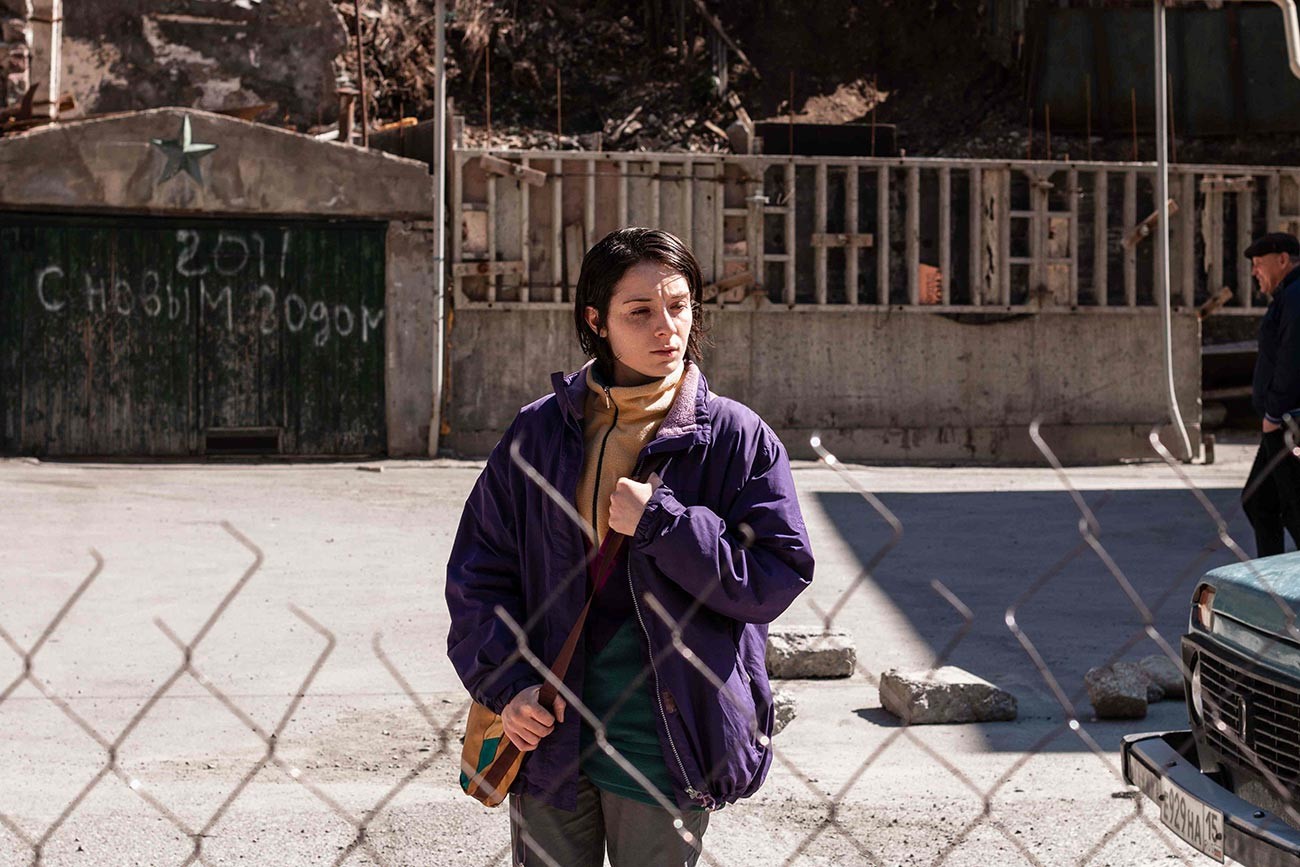 Milana Aguzarova stars as Ada in 'Unclenching the Fists'.

Contrary to Mephistopheles, Ada’s tyrant father is “part of that power which eternally wills good and eternally works evil” and, yet, Ada’s compassionate heart remains tied to the authoritarian man. What Ada experiences is close to Stockholm syndrome. Her inner problems and fears run so deep that even the mere prospect of eventual freedom horrifies her.

2. Has the survivor of a terrorist attack as the main character

‘Unclenching the Fists’ is full of revelations, and while Ada is making plans to escape from her father’s iron grip, we find out that her family moved to Mizur following the Beslan school siege. Ada, it turns out, is a survivor of the horrific attack, with scars all over her body. The bloodiest terrorist attack in Russia’s history took place in Beslan, a small town in North Ossetia, in September 2004, and claimed the lives of more than 330 people, including 186 children. Kira Kovalenko’s movie does a great job of showing a character whose physical and mental scars of tragedy will never heal.

It’s common knowledge that Russia is a multicultural country, populated by peoples of more than 190 ethnicities. Over 100 languages and dialects are used across the country. 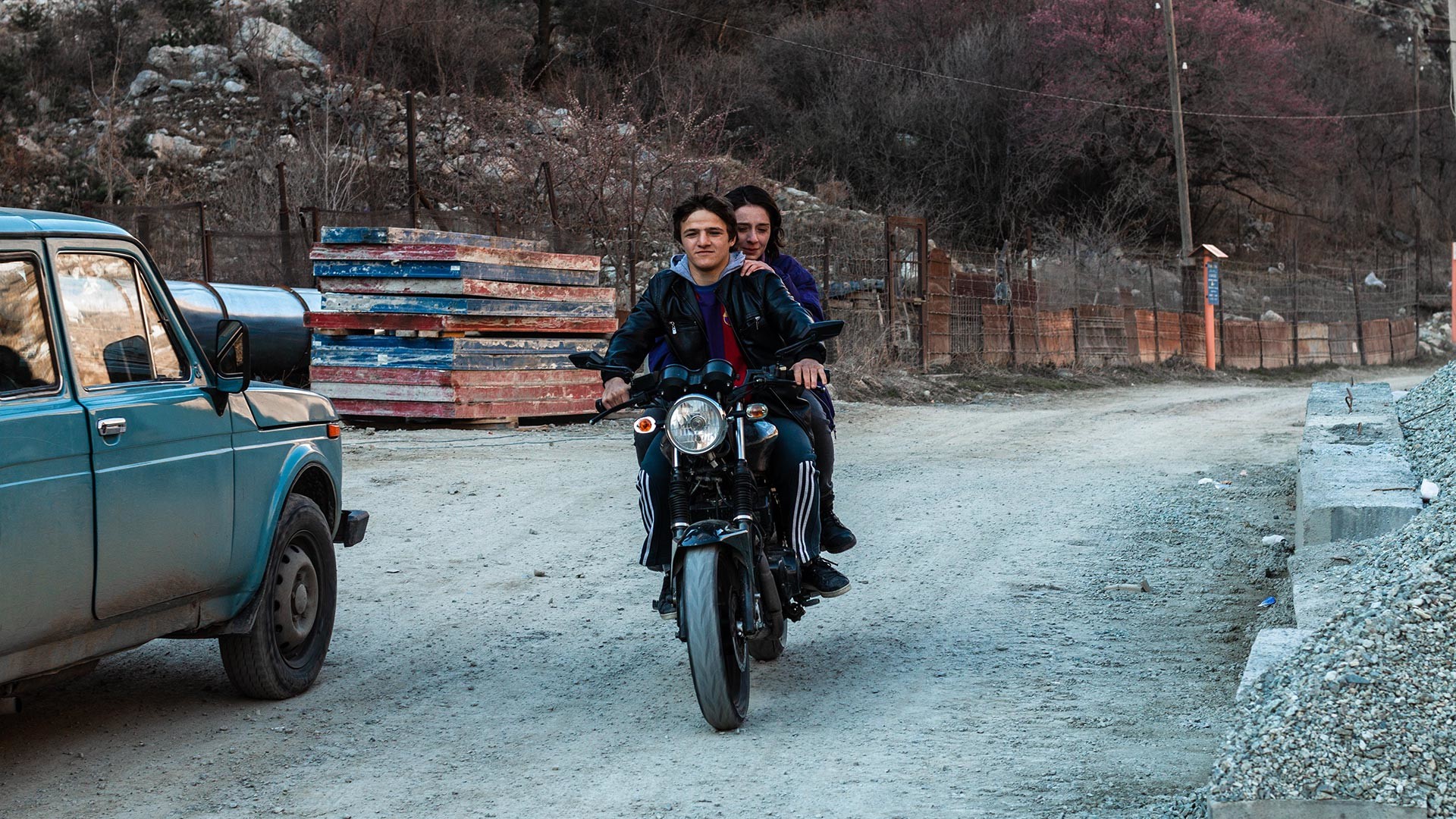 Dakko and Ada in 'Unclenching the Fists'.

To highlight that diversity, Kira Kovalenko decided to swim against the stream and make a Russian movie in the Ossetian language. On top of it, Kovalenko, who is highly demanding on set, wanted to bring absolute authenticity to the scenes, so she mainly used non-professional actors. Both Ada’s brothers are actually (brilliantly) portrayed by young guys who have no acting background whatsoever. Ada (Milana Aguzarova) and her authoritarian father (Alik Karaev) are the only professionally trained actors, whose talent is beyond doubt.

4. Directed by an up-and-coming female filmmaker

31-year-old Kira Kovalenko is a former student of ‘Russian Ark’ veteran director Aleksandr Sokurov, who received a lifetime achievement award from the European Film Academy in 2017. 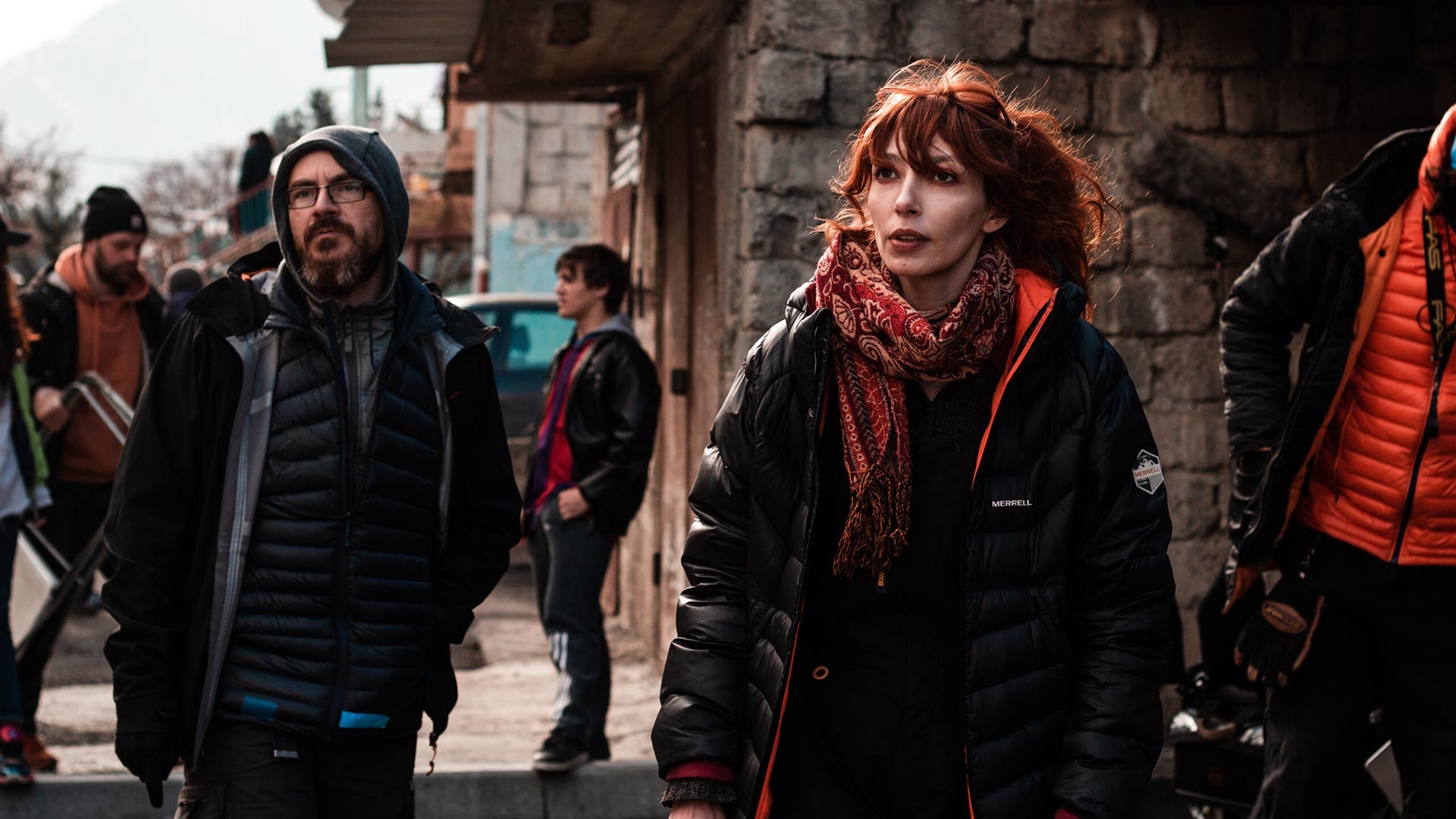 With her ginger hair and stunning looks, Kira Kovalenko could have become a silver screen siren. A rebel at heart, she chose a different, difficult path, however. She was born in the city of Nalchik, capital of Kabardino-Balkaria in Russia’s North Caucasus region and never actually planned on becoming a movie director. Kira first came to Moscow to work as a web designer, but soon realized that design was not her cup of tea. So she went back to Nalchik and enrolled in film study courses by Aleksandr Sokurov, one of the most important filmmakers alive today. That’s where her love for cinema was fostered.

Like another famous Sokurov’s student, Kantemir Balagov (who recently finished work on the pilot episode of HBO’s adaptation of the survival horror video game ‘The Last of Us’), Kovalenko has an eye for unconventional characters and an ear for sensitive subjects. ‘Unclenching the Fists’ is her second feature movie, after 2016’s ‘Sofichka’, shot in Abkhaz language and based on Fazil Iskander’s book.

Produced by Alexander Rodnyansky, a top Russian film industry player, ‘Unclenching the Fists’ had its world premiere at the highly prestigious Cannes Film Festival in 2021. The small movie with a broad, universal appeal received good reviews and became the first Russian film in history to win the Grand Prix of ‘Un Certain Regard’ program in Cannes.

Kovalenko’s movie was showcased during the 59th New York Film Festival, along with movies by heavyweight directors like Todd Haynes, Bruno Dumont and Paul Verhoeven.

Tackling the unfreedom and codependence, ‘Unclenching the Fists’ is not meant to entertain, immersing the viewers in the stifling atmosphere of despair instead. What for, you ask? To advocate for the most vulnerable of us, perhaps. Kovalenko’s unhurried, manlike storytelling style works on both an emotional and spiritual level, making sensitive subjects accessible to audiences wherever they are. The young director tells her story without a hint of moralizing and this alone deserves a big thank you.