Top 10 movies to watch ONLINE at the Russian film festival 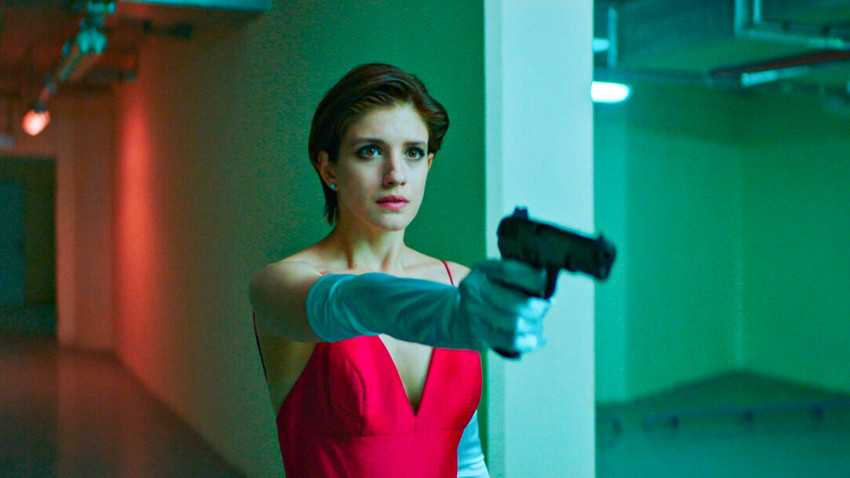 Anastasiya Palchikova/1-2-3 Production, 2020
These award-winning movies are set in different time periods and yet they all bring up deeply personal and painful subjects, be it the Siege of Leningrad or a painful divorce.

The festival, organized by Russian film promotion body Roskino, will be held for the first time in the UK from November 12 to December 10, 2021. The selection of ten movies will be available online on the BFI Player with English subtitles.

‘Masha’, from debut director Anastasia Palchikova, is a look at the post-Soviet reality through the eyes of a teenager. The criminal drama has a retro feel but could serve as a bridge to understanding the generation of the 1990s.

Masha is 13, her uncle is a crime boss. She wears bright leggings, rose-colored glasses and dreams of becoming a singer. Whenever Masha feels “lost in translation”, she sings a song like ‘Mr. Sandman, bring me a dream’. She grows up seeing cruelty and violence; the guys from her uncle’s “boxing section” are Masha’s best buddies. “Is it scary to kill?” she asks her uncle. “Life is livable after any death. Whoever is alive is right,” he replies in what sounds like a motto from the Russian criminal world of the 1990s. And yet, the main difference between ‘Masha’ and other gangster dramas is that Anastasia Palchikova’s movie is neither dark nor gloomy. What is past is past, you just have to get over it.

2. ‘The Bolshoy’ by Valery Todorovsky

This drama is a glimpse behind the curtain at the life of an aspiring ballerina who comes to Moscow from a small mining town and takes the Bolshoi stage by storm.

Margarita Simonova and Anna Isaeva in 'The Bolshoy'.

‘The Bolshoi’ is a coming-of-age drama of sorts with suspense and plot twists around every corner. It has it all – love, betrayal, rivalry, envy, sacrifice and success. Some seventy professional ballet dancers participated in the filming, with more than 500 costumes worn in the movie. Sadly, there are few ballet dancing scenes and it is really the main flaw in the movie.

3. ‘The Humorist’ by Mikhail Idov

Middle-aged Boris Arkadiev is a comic whose success is no longer any fun. The Soviet Union is on the brink of collapse, with Boris (a failed writer) struggling to motivate himself.

Aleksey Agranovich as Boris Arkadiev in 'The Humorist'.

His trivial jokes unfailingly bring enthusiastic applause, Boris makes good money and lives in comfort with his wife and two children in a spacious Moscow apartment, but something is missing. Boris is not at peace with himself and is torn apart by self-pity. He blames it on a midlife crisis, but it’s actually much worse than that. Boris has lost both his self-respect and the battle of perception of Soviet reality and one’s place in it. This is not funny at all.

‘The Humorist’ is Mikhail Idov’s directorial debut, in which bitter irony goes hand in hand with serious stuff like the inability to take a break and tell the truth to yourself, for real. 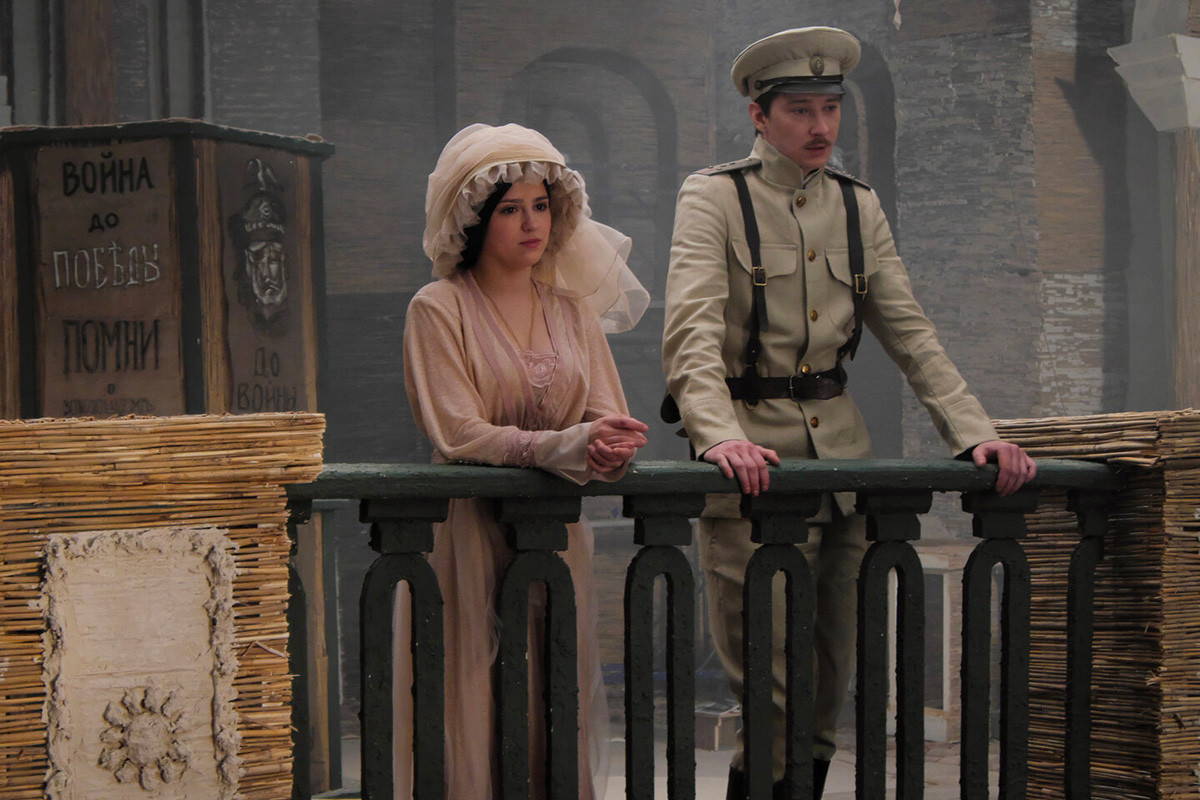 A still from 'The Last Dear Bulgaria'.

The movie is set in 1943 and focuses on Leonid, a young fruit grower, who comes to Alma-Ata (now Almaty, the former capital of Kazakhstan) to develop a new variety of apples called ‘Dear Bulgaria’.  As the plot twists, Leonid investigates the mystery of the disappearance of his favorite writer, Semyon Kurochkin (the real pseudonym of Mikhail Zoshchenko). This “parallel” storyline turns ‘The Last Dear Bulgaria’ into a grotesque detective movie and an auteur mystery drama with a uniquely nostalgic twist.

5. ‘The Story of an Appointment’ by Avdotya Smirnova

A general’s son, young Grigory Kolokoltsev is a fierce supporter of liberal reforms in the tsarist army, riddled with bullying and hooliganism. Finding himself in an infantry regiment in the Tula province, the wayward lieutenant teaches the soldiers to read and write while confronting an ill-bred Polish commander. 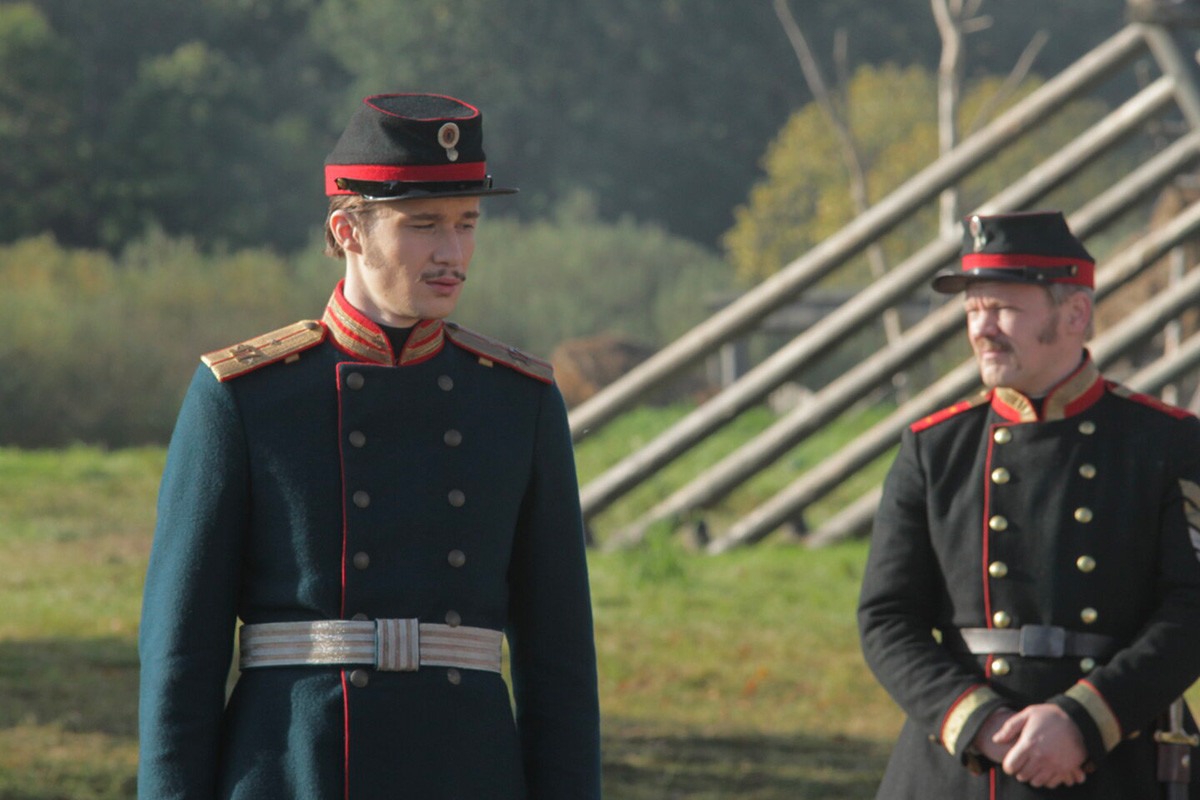 Aleksey Smirnov as Grigory Kolokoltsev in ‘The story of an Appointment’.

When a “socially dangerous” crime occurs in his regiment, Kolokoltsev turns to Count Lev Nikolaevich Tolstoy for help. The latter delivers a fiery speech in defense of the little man, clerk Shabunin. It is incredible, but true: ‘The story of an Appointment’ is based on real events that took place in 1866. The author of ‘War and Peace’, Lev Tolstoy, defended a soldier facing the death penalty at court martial for insulting an officer. Despite the fact that the tragic events depicted in the movie go back to the distant 19th century, ‘The story of an Appointment’ goes far beyond the historical context, exploring the phenomenon of humanism in the almost universal sense of the word.

6. ‘A Siege Diary’ by Andrei Zaitsev

Very few directors have attempted to make movies about the Siege of Leningrad, a sensitive subject that is often avoided. Andrei Zaitsev decided to make a film about one of the most tragic and heart wrenching ordeals of World War II after reading ‘Leningrad Under Siege’ by Ales Adamovich and Daniil Granin. The book made him feel the pain and suffering of Leningrad residents, who had to survive with no heating, no supply of water, almost no electricity and food during the 872-day ordeal. 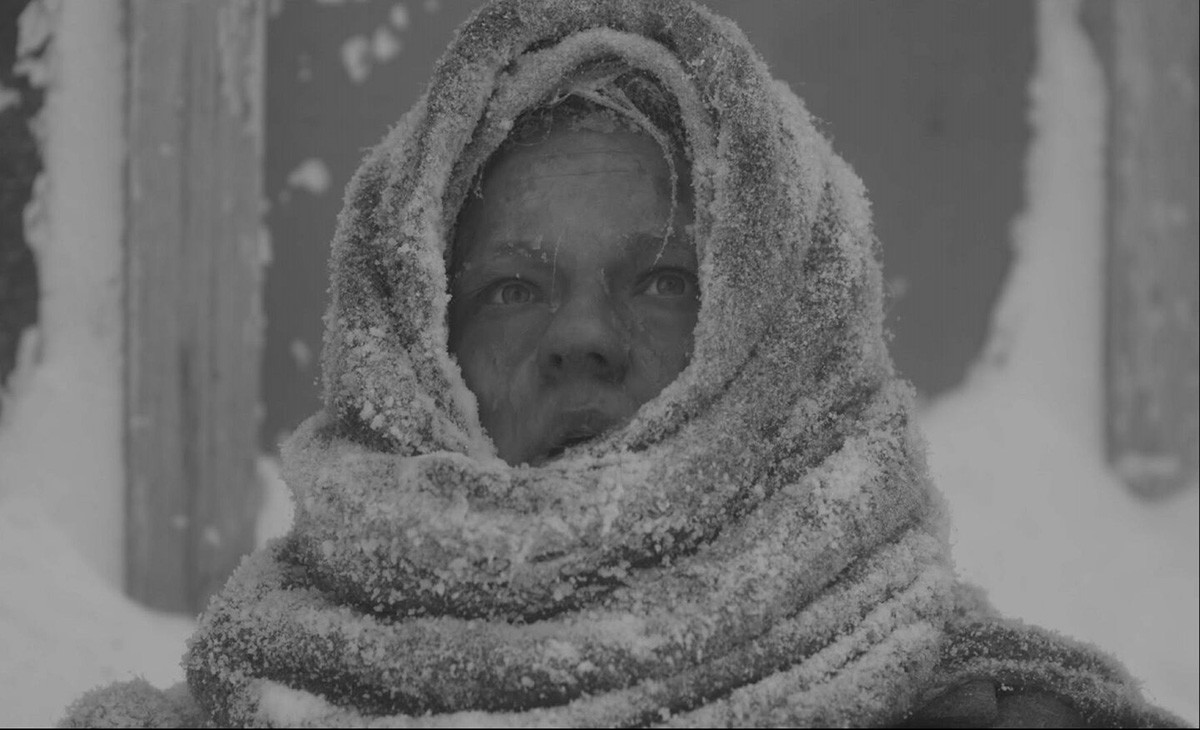 A still from ‘A Siege Diary’.

One of the longest and bloodiest sieges in history began in September 1941, when the Germans severed the last road leading to the city. The events of ‘A Siege Diary’ unfold during the winter of 1942.

Shot in black and white, the drama immerses the viewers into the everyday life (or, rather, death) of Leningrad residents, who die in their thousands from starvation and German artillery shells. ‘A Siege Diary’ recreates the gloomy, deathly picture of the blockade for others to never forget the sacrifices of those who perished in the war.

Petrograd (now St. Petersburg) during the 1920s is a troubled, tragic time of chaos and political strife following the Russian Civil War. Boris Letush is a law professor who also works as an investigator. 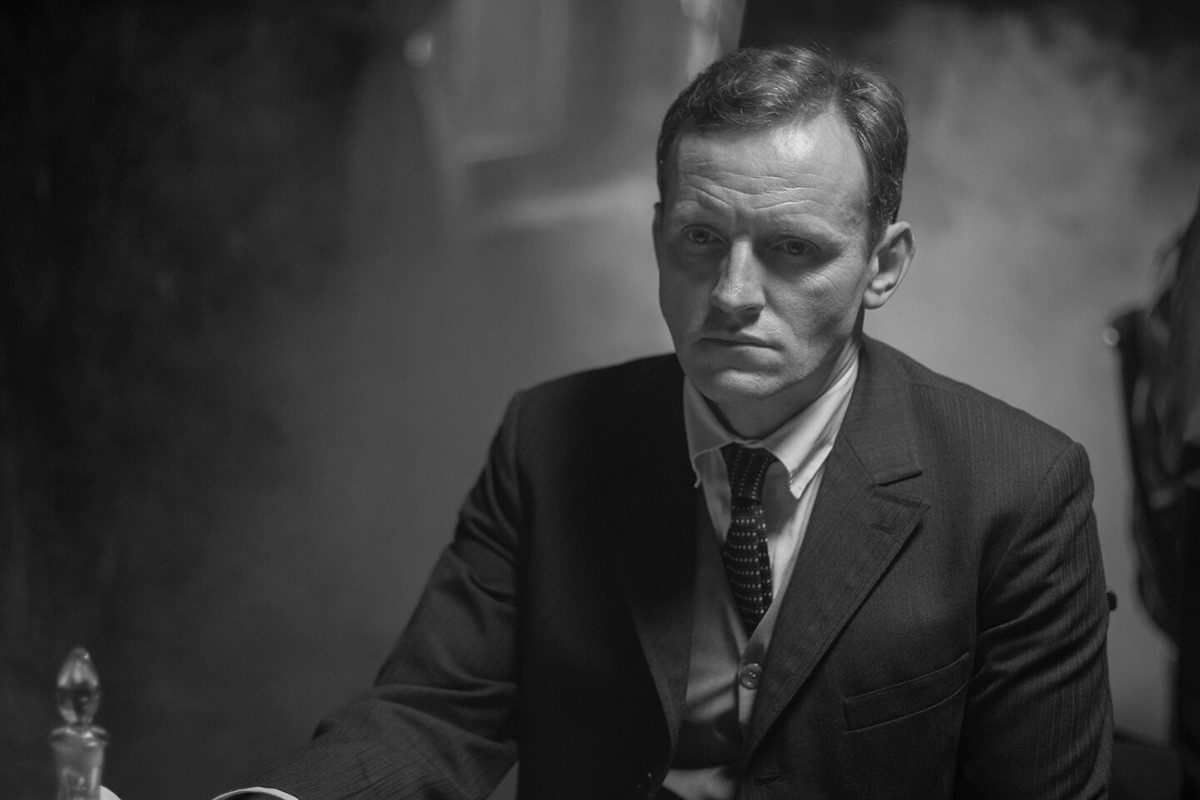 The murder of his 35-year-old brother and his wife hits Boris like a ton of bricks. He is determined to find the offender at any cost and punish them. The collision with the corrupt Soviet system forces the protagonist into a conflict with his conscience. As is often the case, it turns out that there isn’t a lot of room for compromise… Shot in black and white, the stylish movie by Aleksei Kozlov scooped three awards at the 24th Shanghai International Film Festival.

8. ‘Tell Her’ by Aleksandr Molochnikov

“I hardly remember my parents living happy lives together,” 11-year-old Sasha recalls with palpable sadness. His mom and dad are getting divorced, with Sasha’s life becoming a nightmare. 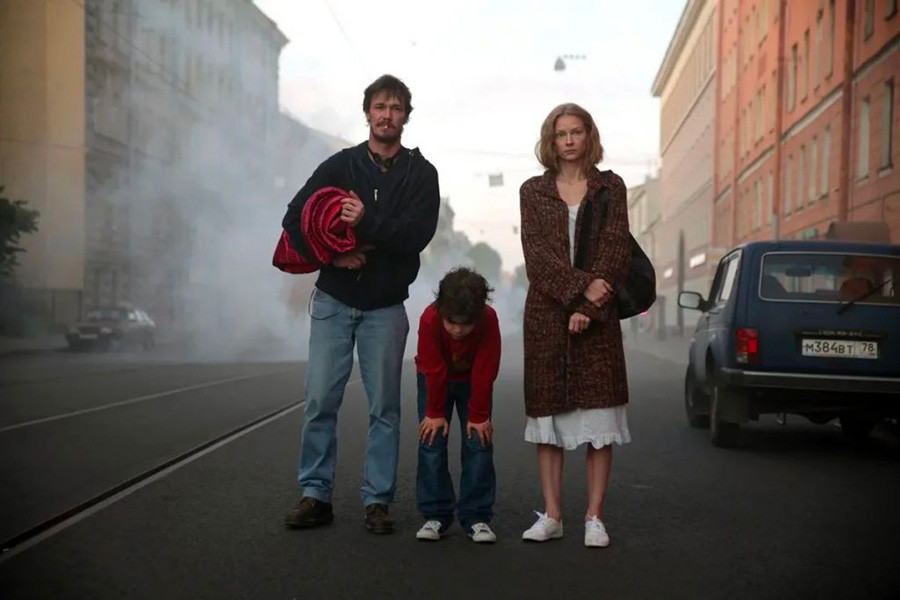 Svetlana Khodchenkova and Artem Bystrov in 'Tell Her'.

The movie is set in St. Petersburg in the late 1990s, with its raised drawbridges serving as obvious metaphors that the overly nervous Svetlana and the hot-tempered Artem will never reunite. Svetlana leaves her irresponsible husband for a down-to-earth American and wants to take Sasha with her to the United States. The poor boy finds himself between Scylla and Charybdis, unable to decide whom he “loves more” - mom or dad. The trouble is that, having ceased to hear and understand each other, the manipulative parents stop hearing their own son, playing with the child’s feelings. ‘Tell her’ could serve as a visual guidebook of how NOT to act if you go through divorce and separation.

Her reputation preceded her. Russian humanitarian and charity activist Elizaveta Glinka, widely known as Dr. Liza, was often called a small woman with a large heart, a saint.

Back in 2007, Glinka founded the ‘Fair Help’ fund in Moscow to provide medical care and financial support to underprivileged Russian families, cancer patients and the homeless. Many were left heartbroken when news came of a military plane crash near Sochi in 2016. The plane was carrying members of the famous Alexandrov Ensemble to Syria, with several journalists and Dr. Liza also on board. Oksana Karas’ biopic is a tribute to the fearless, selfless woman who traveled to hot spots and took sick children to Moscow and St Petersburg so that they could get much needed medical help in the best hospitals. Although it’s a story with an unhappy ending, there is reason to hope that Dr. Liza’s virtues will be long remembered.

Julia Bobkova’s documentary is an opportunity to dive into the world of Konstantin Stanislavsky's “proposed circumstances”.

Stanislavsky wrote his name in the history books as the most influential theater practitioner of the modern era and a central mover and shaker in the world of acting and dramatic training. A foremost actor, Stanislavsky developed his own dramatic training method, widely known as the ‘Stanislavsky’ system. Super-hyped across the world, it became the foundation for the so-called ‘Method’ acting style. The documentary chrysalises Stanislavsky’s life through the words of cutting-edge directors and artists from across the globe, including Declan Donnellan, Katie Mitchell, Lev Dodin and Kirill Serebrennikov.