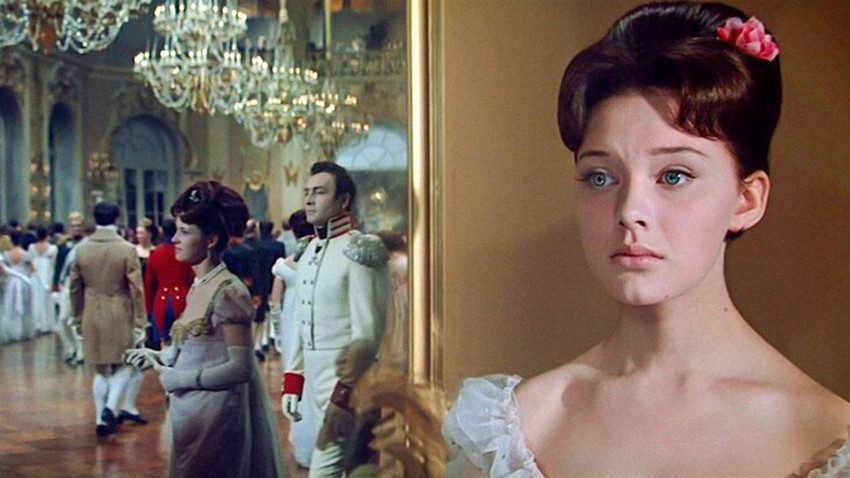 Sergei Bondarchuk/Моsfilm, 1965
Some claim the book is always better than the film. Others argue that screen adaptations help give new life to books that no longer thrill and challenge. Whatever side of the debate you take, have a look through our picks for must-see adaptations.

1. ‘War and Peace’ by Sergei Bondarchuk

Tolstoy’s signature storytelling style, epic battle scenes and larger-than-life characters come alive in this cinematic masterpiece. Packed with plenty of tension and wisdom, the movie chronicles the events of the Patriotic War of 1812, as seen through the eyes of five aristocratic Russian families.

While Leo Tolstoy called his ‘War and Peace’ a “book about the past”, he described ‘Anna Karenina’ as “a novel about modern life”. 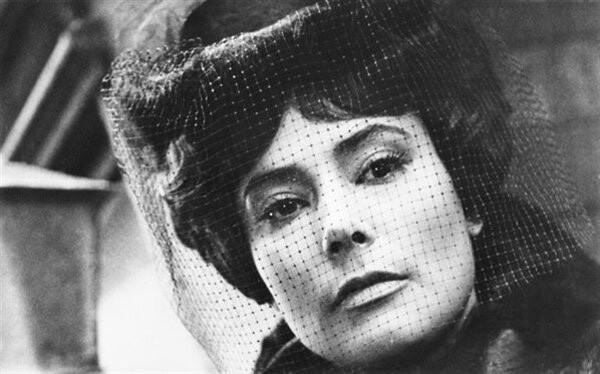 Yes, we have heard it all before. A married woman finds herself in a passionate love affair with a lady-killer. For the sake of Count Alexei Vronsky, Anna sacrifices everything in her life: her beloved son, her lawful and caring husband and her position in society. Karenina (portrayed by Tatiana Samoilova) tries to break free from the conventions of Russian high society. With everything at stake, in the long run, she has nothing else to lose, yet Anna finally loses her mind. Her poisonous love eventually borders close to obsession, with tragedy all but inevitable.

This 1967 movie adaptation of Leo Tolstoy’s novel won’t leave you cold, if only because it puts the spotlight on the irresistibly beautiful Russian actress, often referred to as the “Russian Audrey Hepburn”. Samoilova’s title-character heroine reveals all the heart-wrenching elements of Karenina, her soul trembling like a burning candle.

3. ‘Heart of A Dog’ by Vladimir Bortko

The 1988 movie, directed by Vladimir Bortko, is based on Mikhail Bulgakov’s Kafkaesque novel. Written in 1925, it saw the light of day only in 1987. Soviet censors banned the masterpiece for ideological reasons. 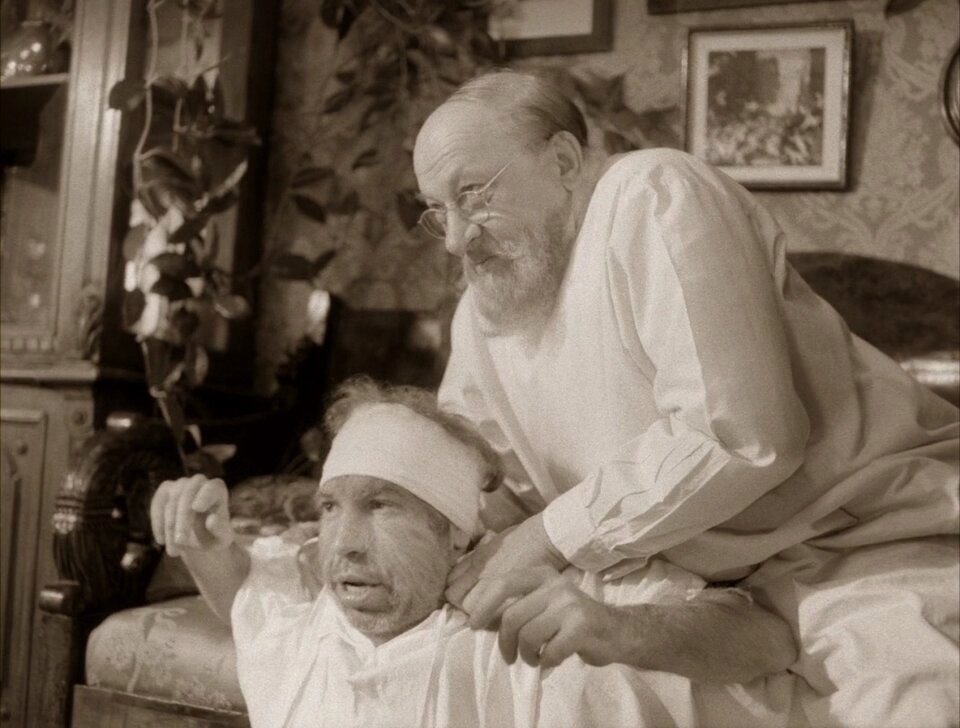 In the mid-1920s, Professor Preobrazhensky embarked upon an unprecedented and somewhat gruesome experiment. He transplanted a human pituitary gland to a stray dog that found its new home in his seven-room Moscow apartment. The poor creature transformed into a real bastard who could walk, talk, drink and swear. And while the professor’s experiment was technically a success, in reality, things were not so clear cut. One thing is for certain, some experiments are best left alone!

4. ‘Crime and Punishment’ by Lev Kulidzhanov

The 1969 screen version of Dostoevsky’s classic novel is rightfully considered one of the best adaptations of classic Russian literature. 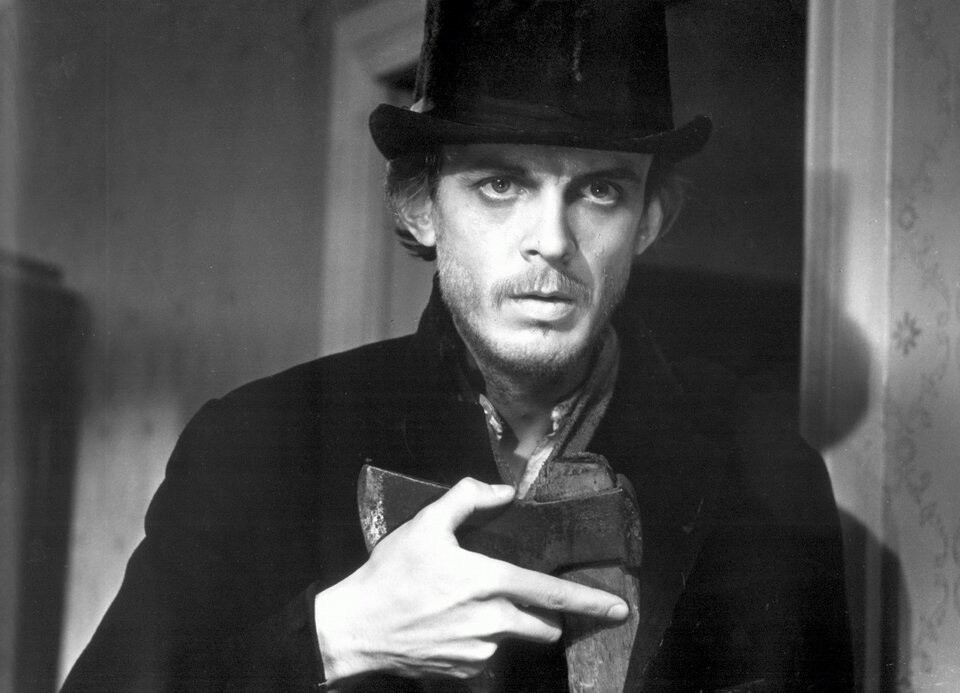 The protagonist, Rodion Raskolnikov, is a man with a troubled psyche and a broken soul. He is portrayed by Georgy Taratorkin as both the villain and the victim.

Why does Raskolnikov commit such a cruel and cowardly crime? Each “justice” decides for themself. “Am a trembling creature or whether I have the right,” Raskolnikov would later explain his logic. Anyhow, it’s not the investigation that keeps the viewers on the edge of their seats, but the long, painful road of repentance (and, on a parallel track, the tremendous psychological duel between the investigator and the murderer) that builds great suspense in the black-and-white movie.

Director Lev Kulidzhanov conveyed the spirit of the Dostoevskian novel with pinpoint precision.

It’s no secret that Fyodor Dostoevsky’s novels are populated by characters full of worry, fear and misery. In ‘The Idiot’, his insight opened a new window into the inner workings of the mind of Prince Myshkin (portrayed by Yuri Yakovlev). 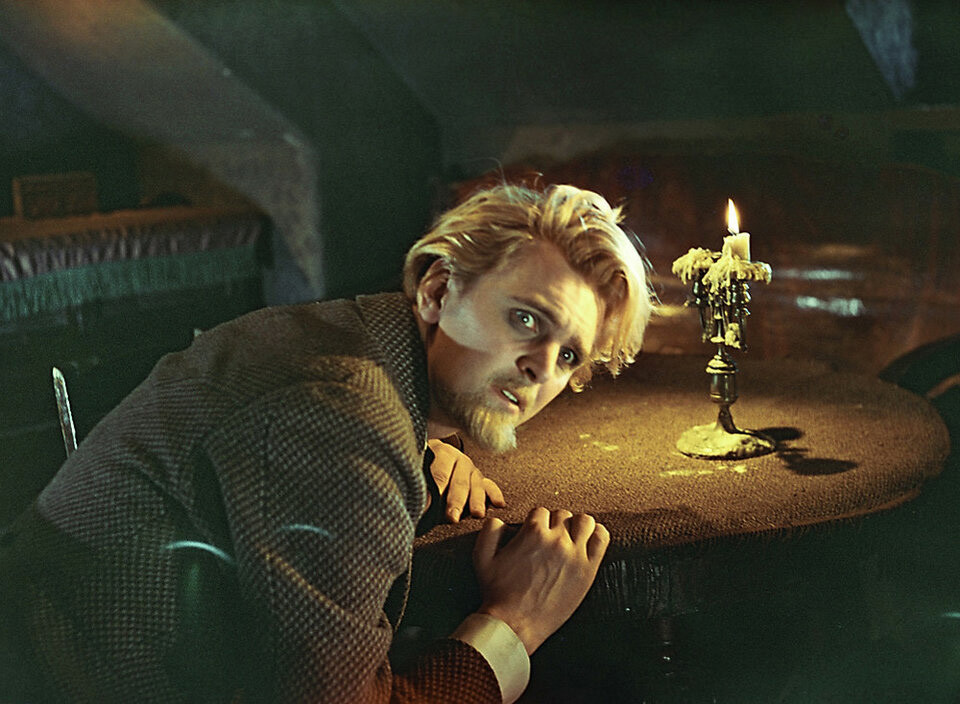 In 1958, Soviet filmmaker Ivan Pyryev transferred to the big screen only the first part of the iconic novel by Dostoevsky. The biggest challenge was to convey the passion and nervous tension of the main characters through dialogue and drama.

“Dostoevsky brought burning issues to our attention, including perhaps the most important one - the power of money. People often show their true colors through their attitude to money,” Pyryev believed. In one of the most dramatic scenes in the movie, Russian femme fatale Nastasya Filippovna throws a whopping chunk of money - 100,000 rubles - into the fire.

Although the movie was criticized by some film buffs as an overly theatrical drama, it’s still a must-see for all Dostoevsky fans out there.

6. ‘A Nest of Gentry’ by Andrei Konchalovsky

A middle-aged landowner returns to Russia from Paris, where his family life is a total shambles. Fyodor Lavretsky hasn’t been home for a decade and hopes to heal his spiritual wounds on his family estate. 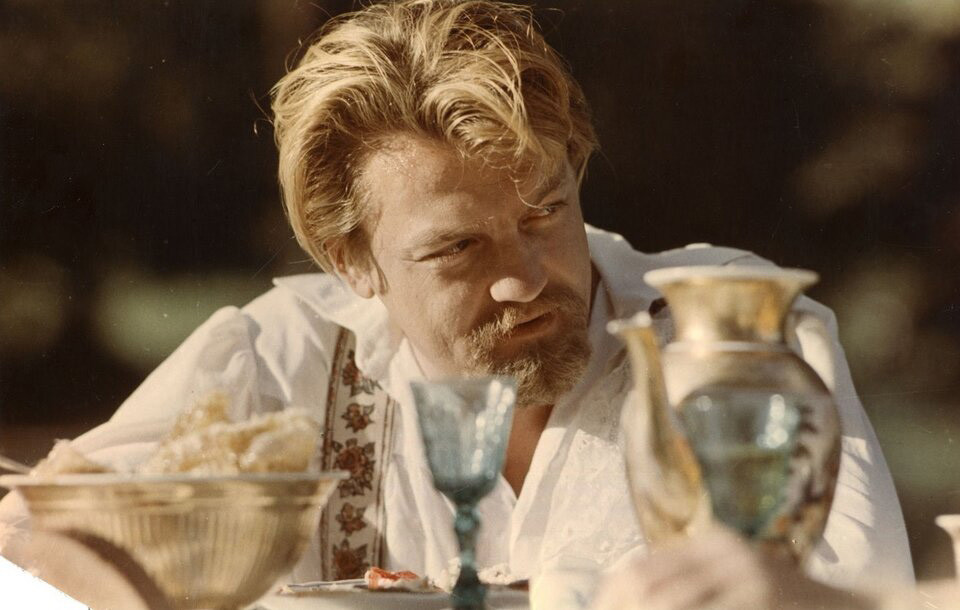 Things start to look up after the nobleman comes across Elizaveta (portrayed by Irina Kupchenko). Lavretsky (who is still married) fancies the young girl, but can they ever be together?

The 1969 movie, based on Ivan Turgenev’s 1859 novel, is a sad and lyrical story about emotional fragility and nostalgia, dreams and sacrifices, romantic impulses and selfless altruism. Who knew the road to happiness was going to be so steep? That’s one of those eternal questions. ‘A Nest of Gentry’ is a pensive meditation on the human condition, with no immediate answers.

7. ‘Several Days From The Life Of Oblomov’ by Nikita Mikhalkov

His laziness is legendary. Ilya Ilyich Oblomov spends most of his time lying on the couch. His bed is his office, 24/7. 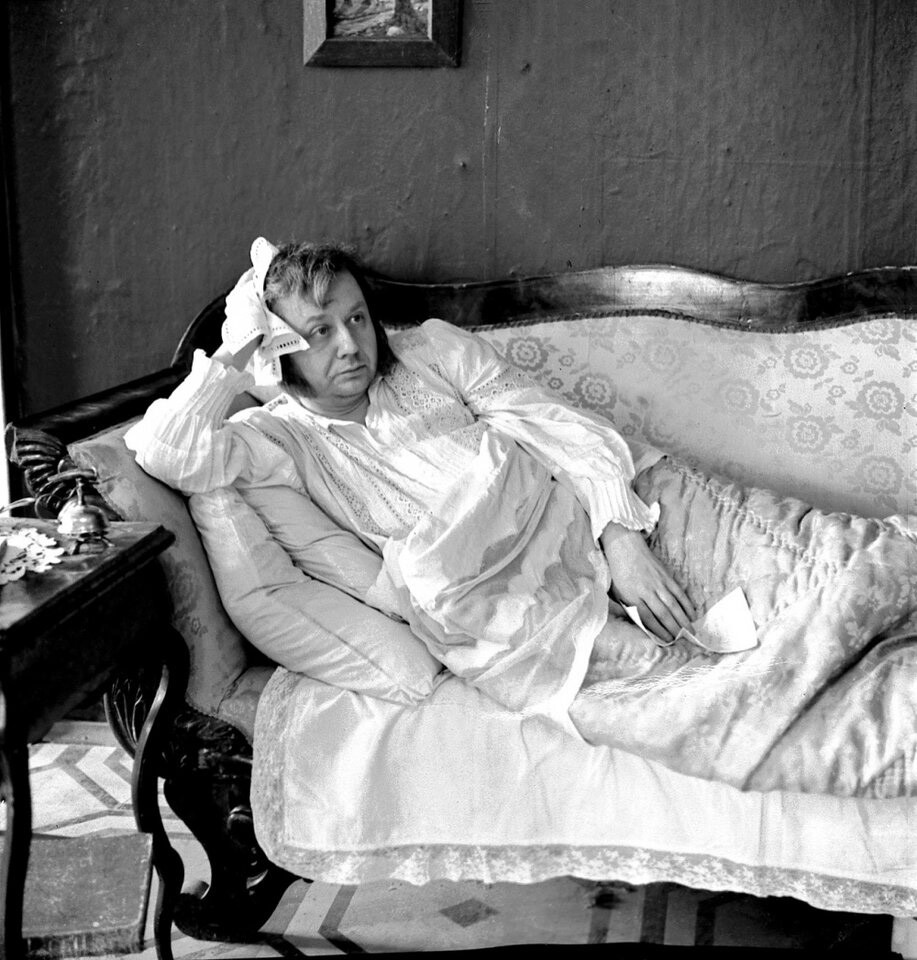 The moment the nobleman is about to get active, he calls his servant Zakhar and continues to fritter away time in bed. He knows that his family estate has to be taken care of, but knowing and doing aren’t the same. Oblomov catapults innate laziness to the top tier of procrastination. And he can afford it! His philosophy is simple: Why make things better when it’s easier to put up with things the way they are.

Nikita Mikhalkov puts the Russian culture of laxness and do-nothingness under a microscope in his eye-opening 1979 movie. His screen version of Ivan Goncharov’s 1859 novel is built on a pair of brilliant performances by Oleg Tabakov and Yuri Bogatyrev.

If, when reading Mikhail Bulgakov’s play ‘Flight’ or his novel ‘White Guard’, you don’t feel the hustle and bustle of the 1920s, then watching the movie you unconsciously become aware of the smashing weight of grief and frustration. Elena Bulgakova, the writer’s third wife and soulmate, was a consultant for the movie, helping the director duo find the right note and capture the internal psychology of the main characters, including General Khludov, brilliantly portrayed by Vladislav Dvorzhetsky. 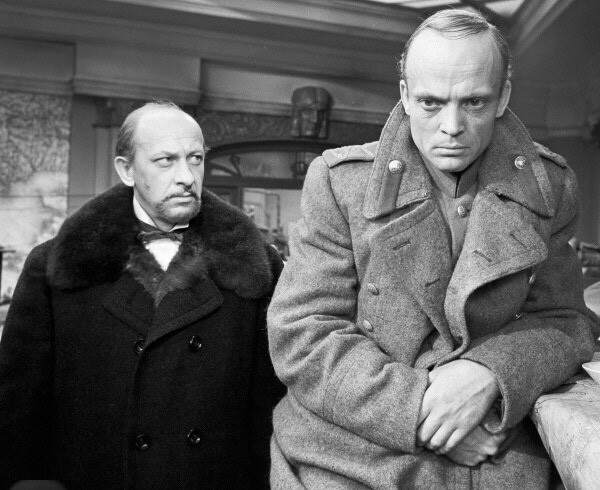 When ‘The Flight’ premiered in 1971, it was one of the few Soviet movies that lifted the curtain on the Russian Civil War and the collapse of the anti-Bolshevik White Movement. The beaten White troops are shown in the movie not as a “bunch of bourgeois bandits” (as was often the case before), but as all sorts of people whose lives are blighted by failure, whose future is in peril and who can scarcely get through their present life in exile abroad. Civilians and former generals, artists and engineers, government officials and successful businessmen – after the Russian revolution of 1917, millions of citizens fled Russia. They have lost everything, including their biggest and most coveted treasure, their homeland. ‘The Flight’ captures the extent of their suffering better than a thousand words.

9. ‘And Quiet Flows the Don’ by Sergei Gerasimov

‘And Quiet Flows the Don’ is a classic piece of cinema. The three-part 1957 Soviet movie, directed by Sergei Gerasimov, has stood the test of time and still stands up to a lot of pondering. 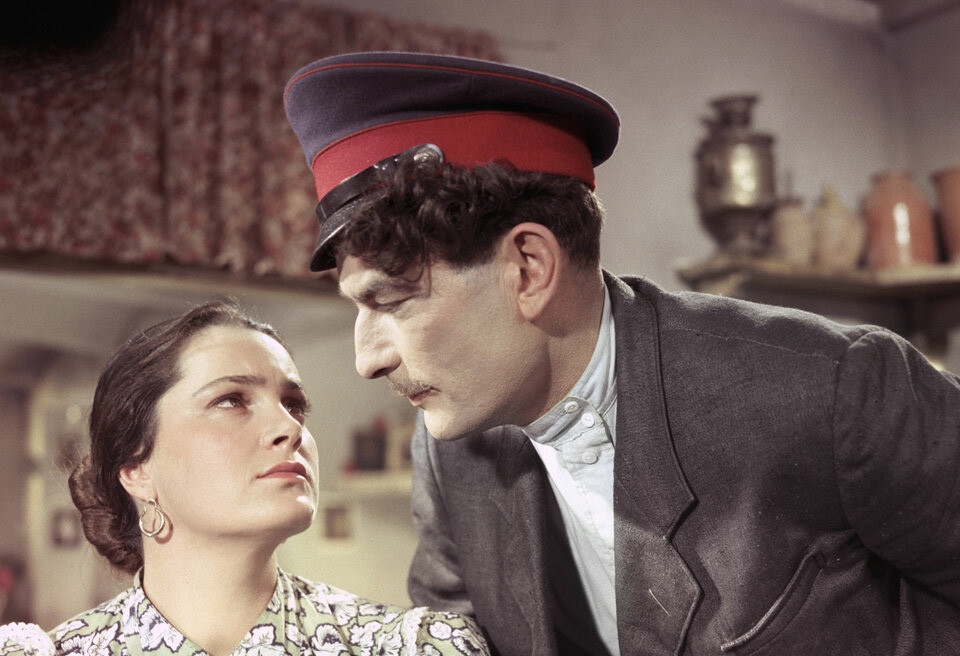 It is based on the novel of the same name by Mikhail Sholokhov. In 1965, the prominent Soviet writer was awarded the Nobel Prize for Literature for his epic novel, hailed as one of the most important works of 20th century Russian literature.

In short, ‘And Quiet Flows the Don’ is a historical drama about the lives of Don Cossacks during the First World War and the Russian Civil War. The saga has been compared in scale and grandeur to Tolstoy’s ‘War and Peace’. Sholokhov's realism is sky-high indeed. His descriptions of the war can make your hair stand on end. The novel is awash with pain, blood, fear, love and hatred. And it’s that rare case when the movie has everything the book has in the way of drama, passion and pain.

Inna Churikova delivered an outstanding performance in ‘Vassa’, directed by her husband Gleb Panfilov and based on Maxim Gorky’s famous play. The actress, who is renowned for her strong screen presence, plays the title character, Vassa Zheleznova. Her reputation precedes her: Vassa is the iron lady, the epitome of strength, power and stamina. 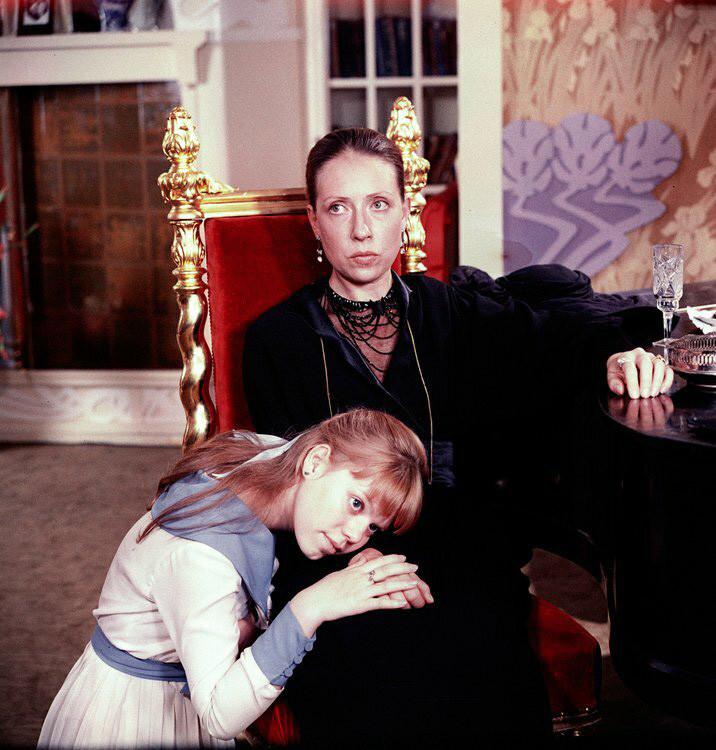 On paper, the merchant woman has everything one can only dream of: wealth, family, status, social connections and respect. In reality, Vassa’s husband is a libertine, her brother is a sinner who squanders his sister’s fortune, while her children are not interested in taking over the family business. No amount of money can buy the strong-willed millionairess harmony and hopefulness.

But, the 1982 movie portrays Vassa not as a tough woman who you know you shouldn’t cross, but rather as someone unable to transform the energy of suffering into the energy of existence. That’s Vassa’s only weakness, indeed.