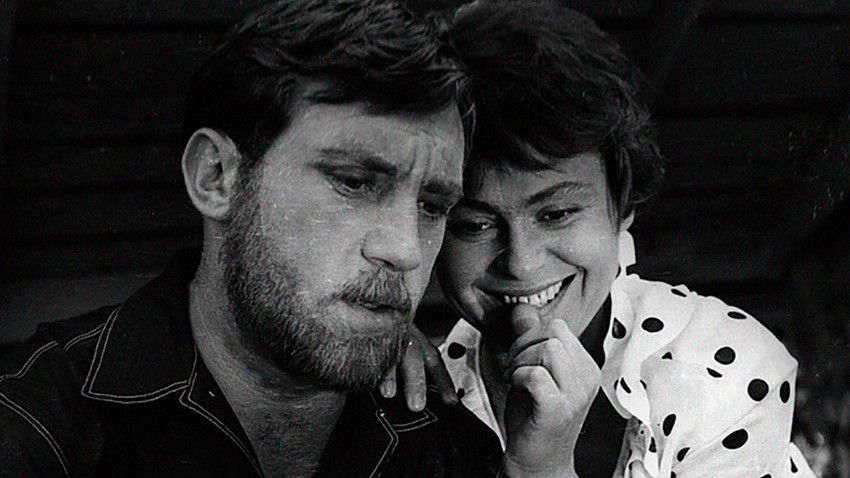 Kira Muratova/Odessa Film Studio, 1967
The Soviet Union had some of the most gifted filmmakers of the world, including blue-chip directors Andrei Tarkovsky and Andrei Konchalovsky. While some still believe filmmaking is reserved for men only, women long ago proved they can do everything men can do! At the end of the day, it doesn’t really matter who directed a movie. Either you respond to it or you don’t. It’s the rule of thumb, really. 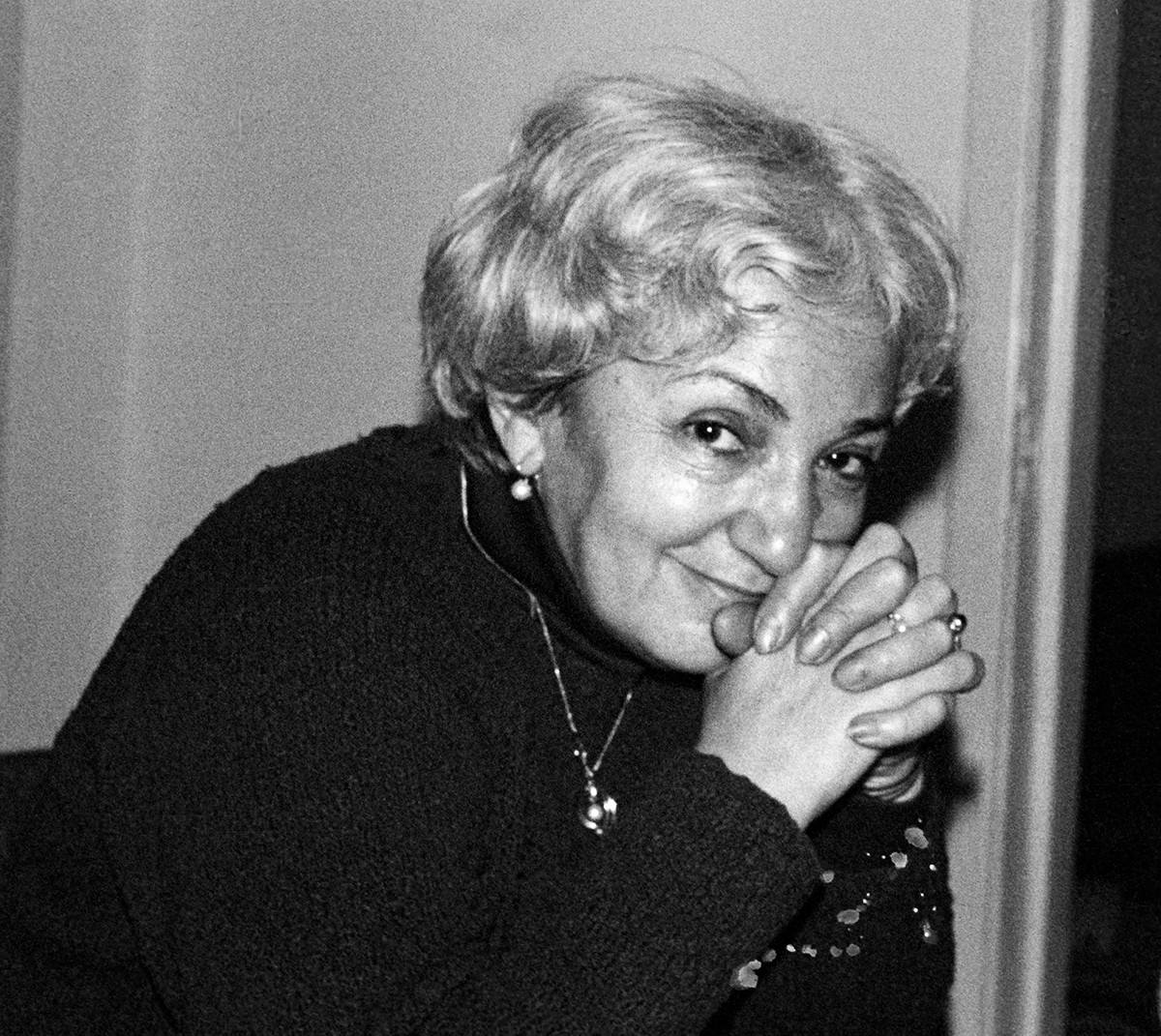 Tatyana Lioznova is perhaps the most versatile Soviet female director.

Lioznova was born into a Jewish family in Moscow. Her father was an engineer and her mother was a seamstress. Tatyana grew up loving movies and books (Lioznova was a big reader, who claimed to have read Leo Tolstoy’s greatest novel ‘War and Peace’ at least 17 times!). She was longing to tell stories that people would respond to.

Her teacher was legendary filmmaker Sergei Gerasimov (the director of ‘And Quiet Flows the Don’ and ‘The Young Guard’). An artist’s main quality is their ability to understand a person, Gerasimov believed. Lioznova proved to be a good student and learned to make movies that are truly for everyone and appeal to the heart rather than to the mind.

She made only nine movies in the span of thirty years. That’s partly because Lioznova never sacrificed quality in pursuit of success. Her standards were so high she invested an enormous amount of time, effort and emotional energy into each feature.

In her filmography, there are touching stories about love (‘Three Poplars at Plyuschikha’), musical comedies (‘The Carnival’) and even an experimental drama (‘We, the undersigned’). 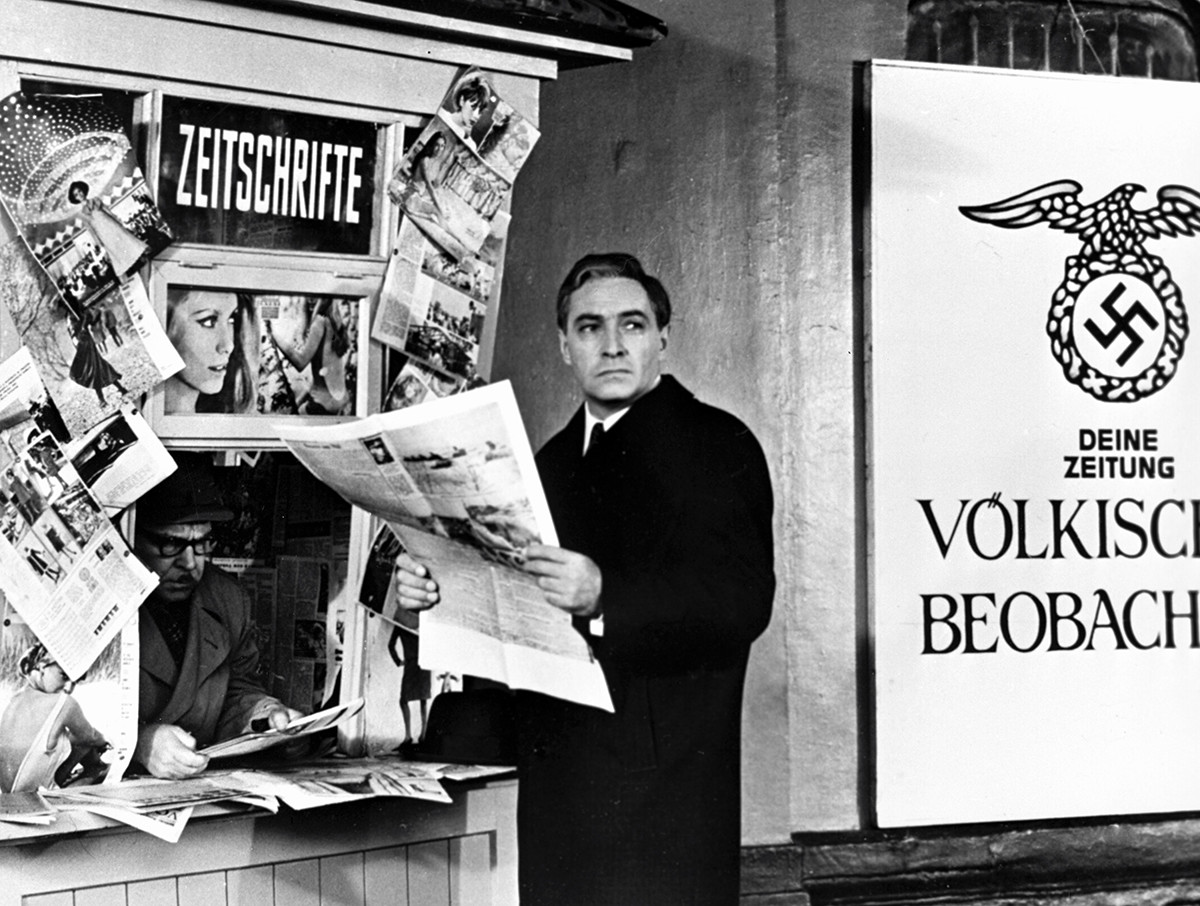 Vyacheslav Tikhonov as Isaev-Stierlitz in 'Seventeen Moments of Spring'.

But, her turning point came in 1973, when ‘Seventeen Moments of Spring’ hit the big screen. City streets emptied as millions of viewers were glued to their television screens to watch Lioznova’s magnum opus. Her epic twelve-part TV series was set in 1945 and revolved around a Soviet spy (played by Vyacheslav Tikhonov) who infiltrates the Nazis to derail Operation Sunrise.

Shot in black and white, one of the best-ever moments in film history is when Isaev-Stierlitz and his wife (portrayed by Yekaterina Gradova) secretly meet in a German cafe. Unable to speak openly, they communicate with their eyes and hidden emotions, with a melodramatic twist.

Muratova is the last auteur of the Soviet indie film world. Kira, the daughter of Romanian revolutionaries, was a natural-born director, yet she is hard to pin down, tough to define. She was born in Romania, studied in Moscow, but considered Odessa (a port city on the Black Sea in southern Ukraine, formerly part of Ukrainian SSR) her favorite place in the world. 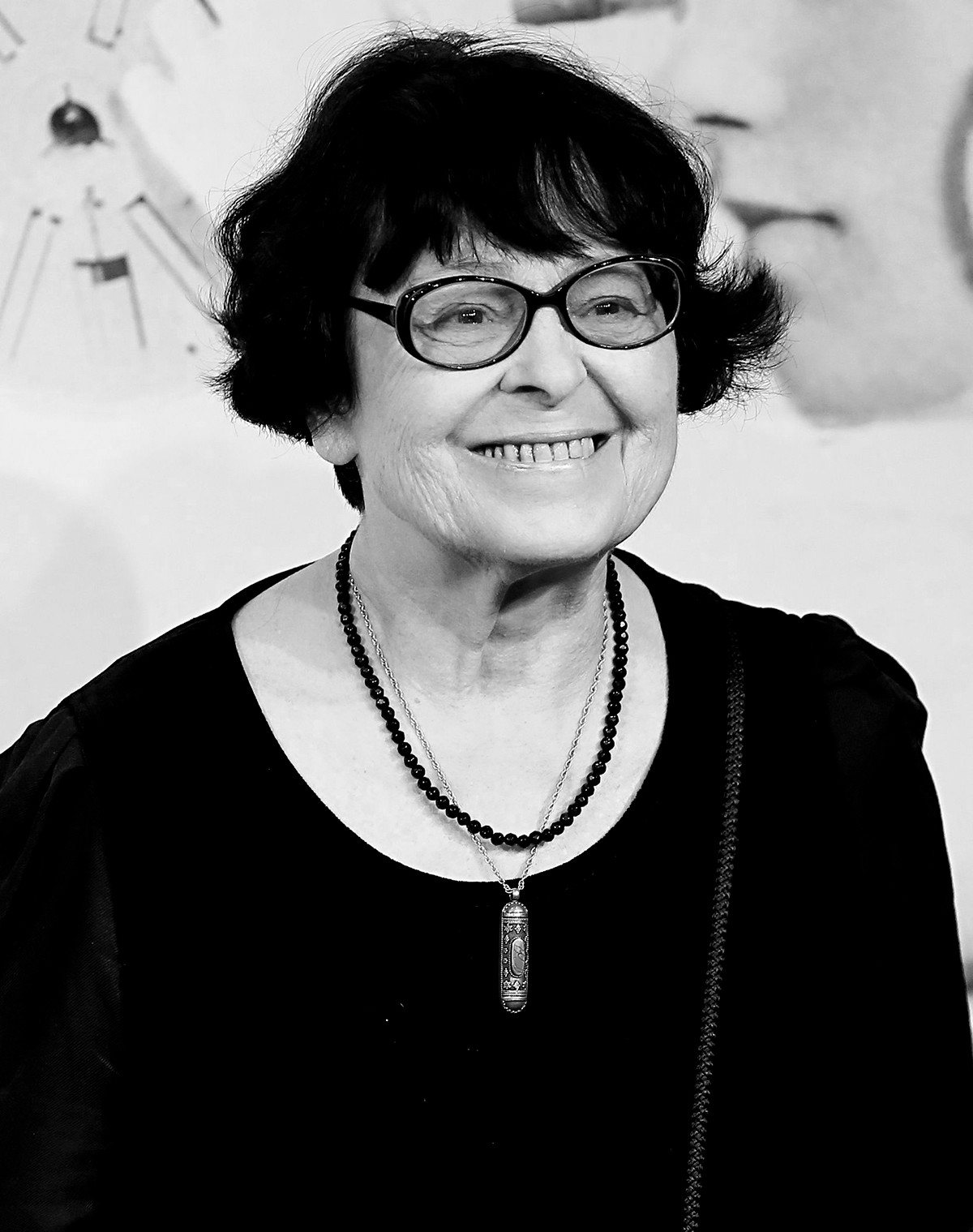 Kira Muratova is the last auteur of the Soviet indie film world.

Her movies are pioneers of style and champions of substance. Her oeuvres always exposed two sides of the same coin, from the point of view of a female filmmaker. “I feel sorry for the bird as much as I feel sorry for the cat,” Muratova famously said. She put the spotlight on average people who, in extreme situations, revealed their true colors. The main characters in her movies are eccentric and difficult to judge, their actions are completely unpredictable.

‘Getting to Know the Big, Wide World’ (1978) is her most underestimated movie.

‘The Long Farewell’ (1971) was shelved for years and only saw the light of day in 1987, during Gorbachev’s perestroika. 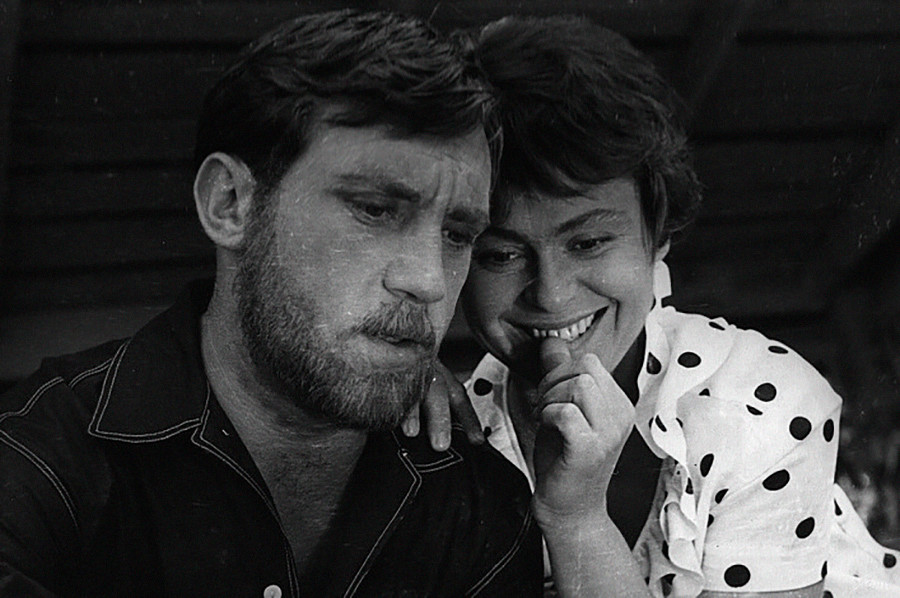 Like Rudyard Kipling’s ‘Cat That Walked By Himself’, Muratova deliberately went against the stream and regularly faced the consequences. But, unlike many others, Muratova was stubborn. She created her own visual universe and developed her own film language in such masterpieces as ‘Three Stories’ (1997), ‘The Sentimental Policeman’ (1992) and ‘The Tuner’ (2004).

In a career spanning five decades, she managed to work under any conditions: in the Soviet Union, where she faced censorship, and after its collapse, when she struggled to find funding for her movies in Ukraine. Her movie ‘Asthenic Syndrome’ won the Silver Bear at the Berlin International Film Festival in 1990. This movie proved to be eerily prophetic, as Muratova foresaw the chaos that Russia would eventually plunge into in the 1990s.

Muratova unwillingly taught audiences to “read” her movies like an open book, with an open heart. Her movies are a mix of drama and surrealism, violence and dark humor. She grew up watching Charlie Chaplin’s  movies, who was her idol, and it shows.

Two of her movies, ‘The Long Farewell’ and ‘The Asthenic Syndrome’, are among the 100 greatest movies directed by women, according to the BBC Culture poll. Muratova’s features can indeed be considered as a form of melancholic meditation on the human condition. “Perhaps, optimism is the highest degree of pessimism,” she once said.

A statuesque brunette, green-eyed and beautiful, Shepitko first appeared on the scene as an actress. All the same, making movies was in her blood. 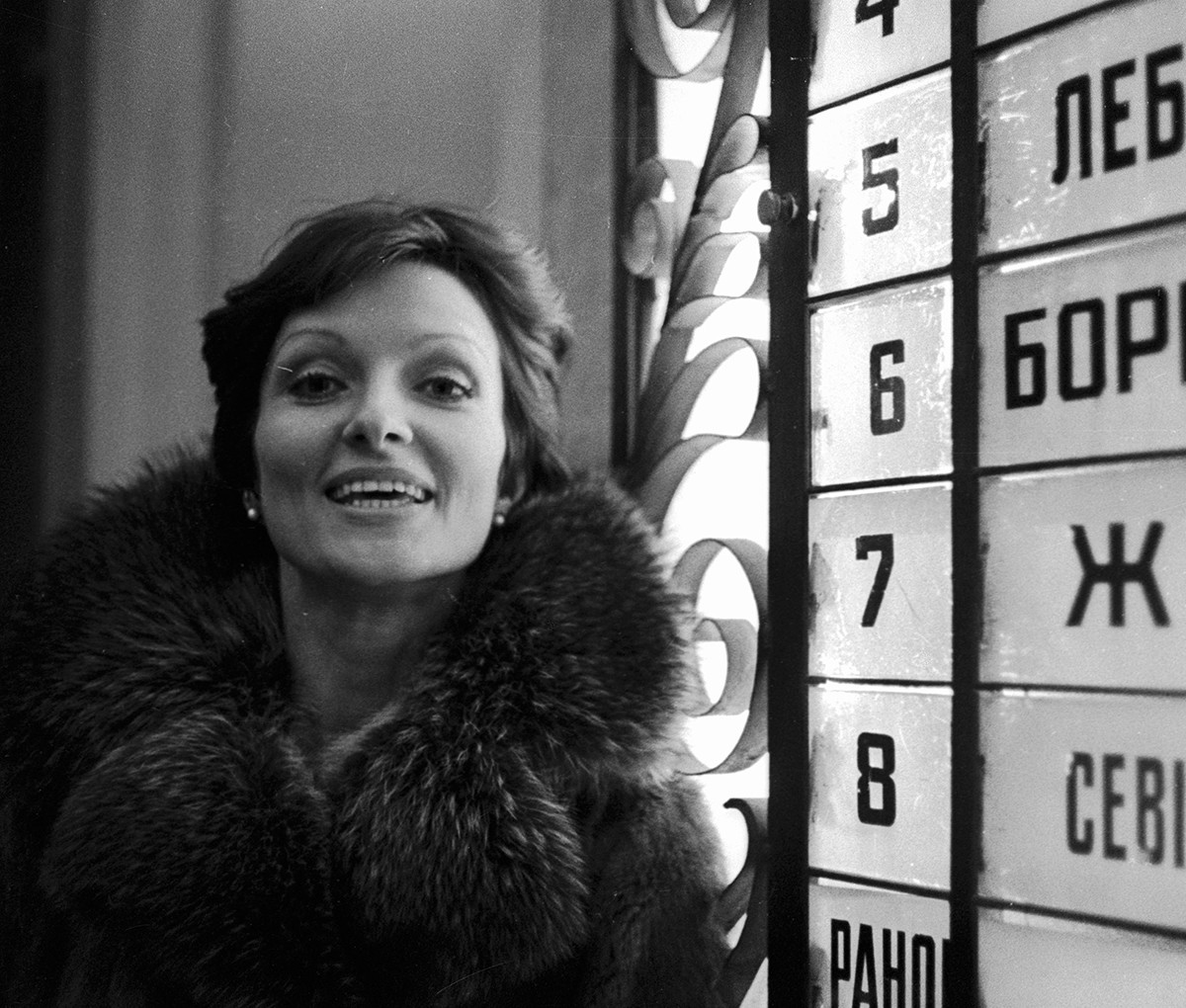 Larisa Shepitko first appeared on the scene as an actress.

A student of Alexander Dovzhenko (a quintessential Soviet filmmaker of the 1930s), Shepitko often recalled how the legendary director of ‘Ukraine Trilogy’ treated his students, first and foremost, as individuals, rather than future directors. For Dovzhenko, a movie was a direct projection of an artist’s personality, and he despised those who used cinema only as a means to money and fame.

In a quest for emotional truth, in 1963, Shepitko made her directing debut with ‘Heat’. The drama, based on Chingiz Aitmatov’s short story, won the Grand Prix at the Karlovy Vary International Festival. On top of that, Larisa met the love of her life on the set, Elem Klimov (the future director of ‘Come and See’), whom she married in the early 1960s.

27-year-old Shepitko made waves with her second movie, ‘Wings’ (1966). The main character Nadezhda Petrukhina (portrayed by Maya Bulgakova) has a painful disagreement with the present and can’t find a common language with her only daughter. The problem is, Nadezhda, a former fighter pilot during World War II, remains stuck in the past. She is desperately lonely, because she constructed a wall, fencing her off from those around her. The ending of the movie is metaphorical. Petrukhina visits an abandoned hangar of a flying club, gets on a plane and soars into the sky. A close-up captures her happy face - her wings have grown again and her connection with the world is finally reestablished. 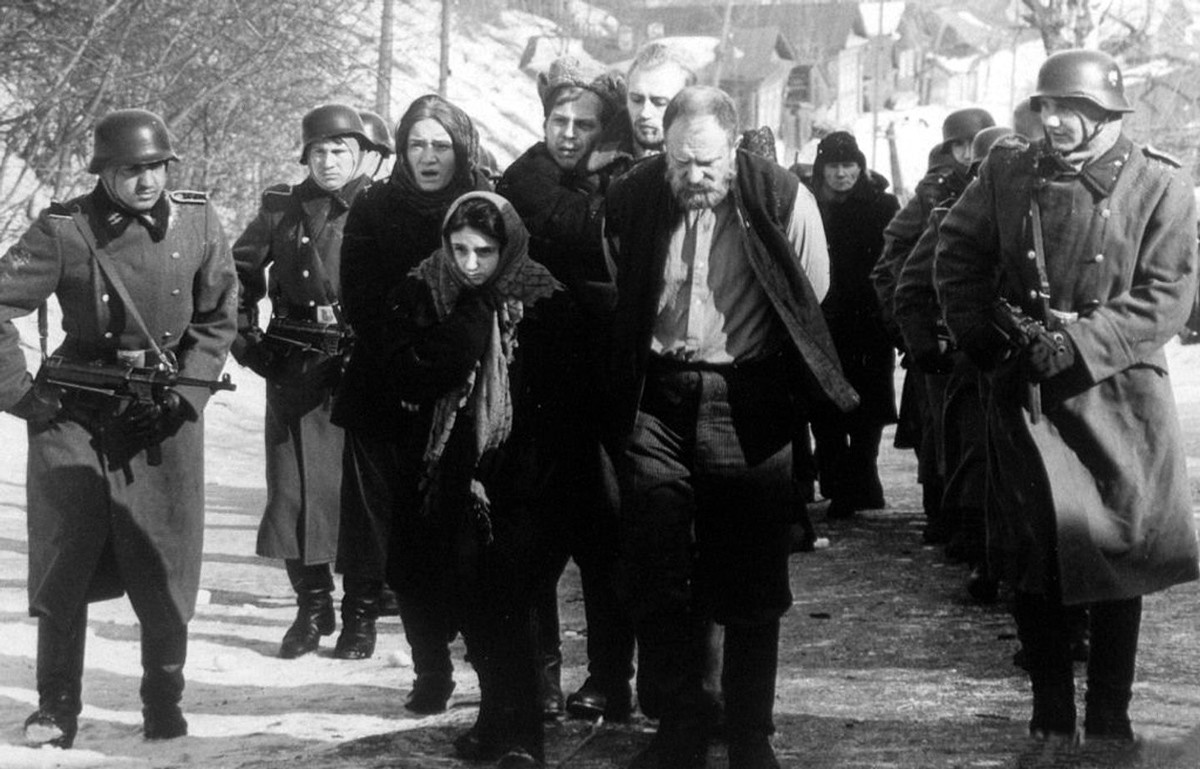 The Ascent’ is the first Soviet movie to win the coveted Golden Bear at the Berlin Film Festival in 1977.

In the 1970s, Shepitko made self-reflexive, socially-relevant movies, like ‘You and Me’ (which won the Silver Lion at the Venice Film Festival) and ‘The Ascent’ (the first Soviet movie to win the coveted Golden Bear at the Berlin Film Festival in 1977). Set during WWII, ‘The Ascent’ is also on the BBC’s list of the greatest movies by female directors, placed 11th, between Kathryn Bigelow’s ‘Zero Dark Thirty’ and ‘Daughters of the Dust’ by Julie Dash.

Her signature style has been revered worldwide. Shepitko met with Milos Forman, Bernardo Bertolucci and Francis Ford Coppola and was friends with Liza Minnelli. “In Hollywood, they took Larisa Shepitko very seriously as a director. Once, Coppola invited my mother to come over, asking for a second opinion on the ‘Apocalypse Now’ finale,” her son, Anton Klimov, once recalled.

Blurring the boundaries between documentary and narrative storytelling, cinema for Shepitko was not a profession, but a way of living. In a tragic twist of fate, ‘The Ascent’ became her last movie. Shepitko died in a car accident near the city of  Tver in July 1979, along with four members of her crew. They were scouting locations for her next movie, based on Valentin Rasputin’s novel ‘Farewell to Matyora’.

Asanova turned a new page in Soviet cinema: she gave large audiences a sneak peek at children’s school life, family issues and the transition from childhood to adulthood. 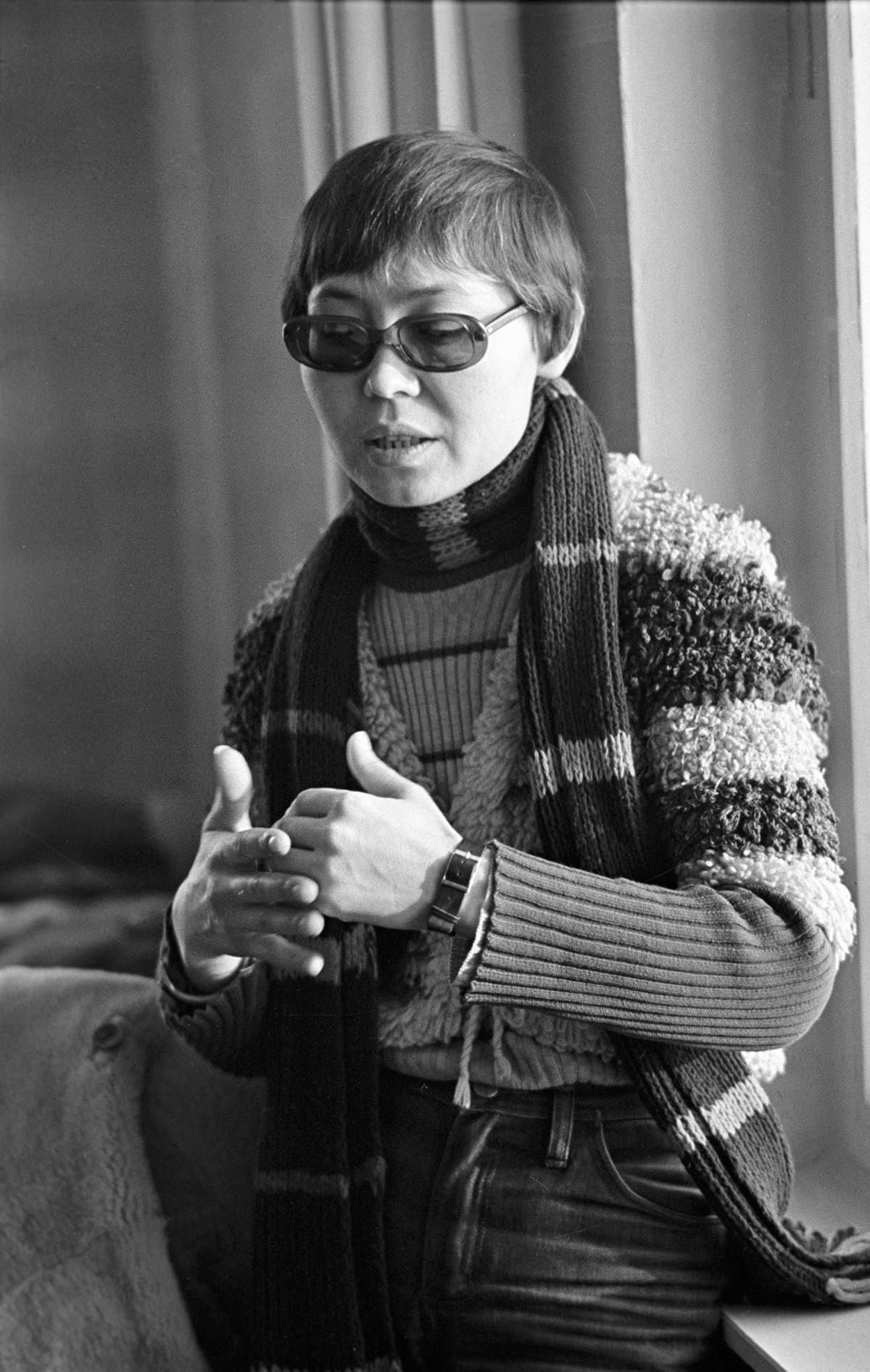 Asanova was a pioneer in making movies about problems that nobody wanted to talk about. According to Dinara, growing up and building relationships and trust was one of the most dramatic and tragic moments of teenage life.

“I finally understood why working on movies about teenagers attracts me so much: they are in a constant search, in search of answers to numerous questions, in search of themselves. And this is the path I want to take with them. Childhood, youth are not an island, not a fragment of life, not a pre-life, but life that has already begun,” Asanova wrote in her diaries.

Asanova, who was born in Kyrgyzstan (then part of the USSR) and studied at Moscow’s VGIK film school, developed her directing skills in the 1970s. Her debut movie, ‘Woodpeckers Don’t Get Headaches’ (1974) won the young director critical acclaim.

Her next features - ‘Trouble’ (1977) starring Aleksey Petrenko and ‘The Wife Has Left’ (1979) starring Elena Solovey - focused on family issues, the abuse of alcohol and broken relationships.

Asanova raised a lot of eyebrows when she began to work with street kids. They brought a certain amount of authenticity to her movies. Dinara paid special attention to child psychology and spent a lot of time creating a supportive atmosphere on set. She let non-professional children actors improvise to create a family-friendly environment during the shooting. Improvisation was as vital to Asanova, as it is for any jazz player. 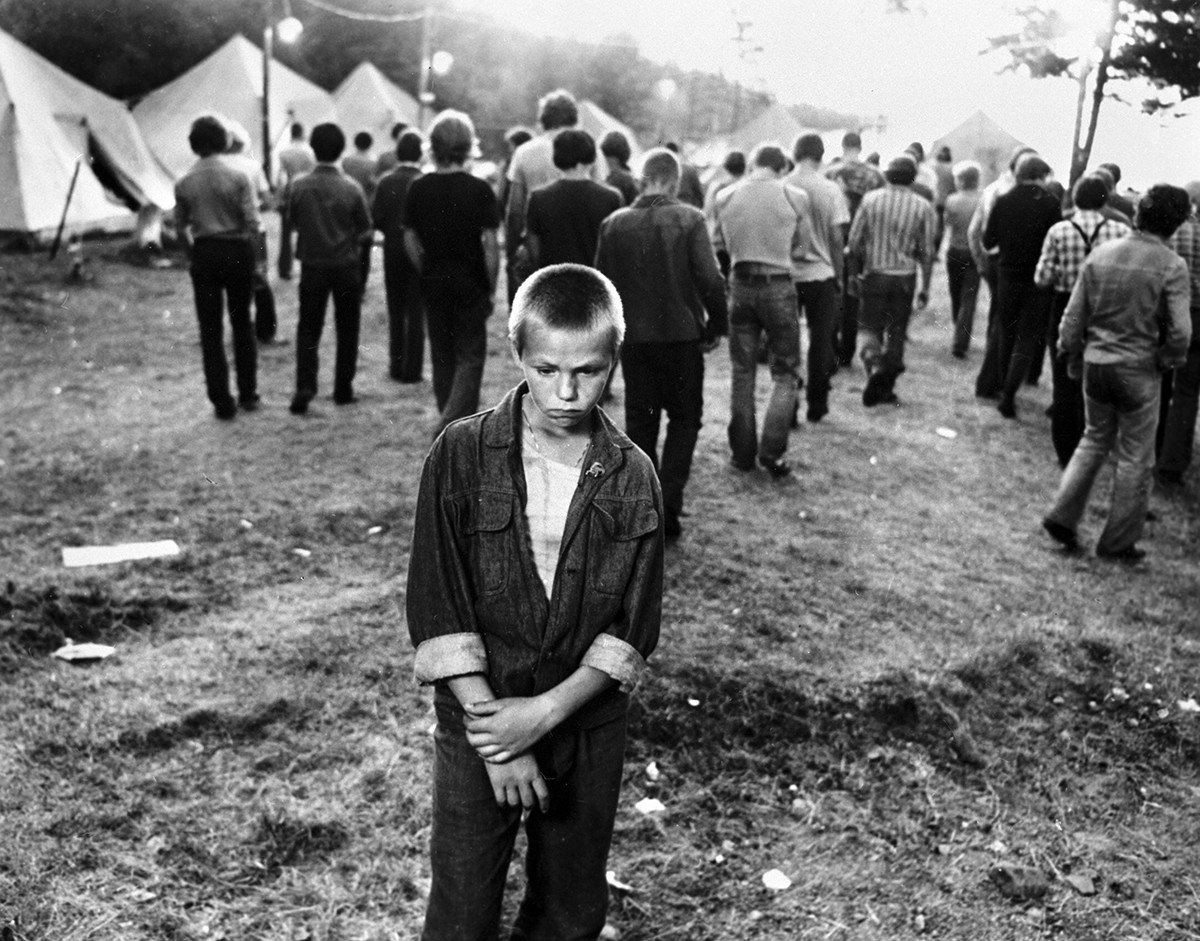 Her social drama ‘Tough Kids’ (1983) gained cult status in the USSR. The movie put the spotlight on Soviet minors at a work camp and their great mentor (played by Asanova’s favorite actor, Valery Priyomykhov). It dealt with issues all teenagers may face at some point, including misunderstanding, loneliness and anger.

Asanova’s life was cut short in Murmansk in 1985. She died of cardiac arrest during the shooting of her new movie ‘The Unknown.’ She was only 42.

Although Kosheverova tried her hand at different genres, her talent was fully realized in fairy tales. Kosheverova came down in history as a Soviet queen of the genre. 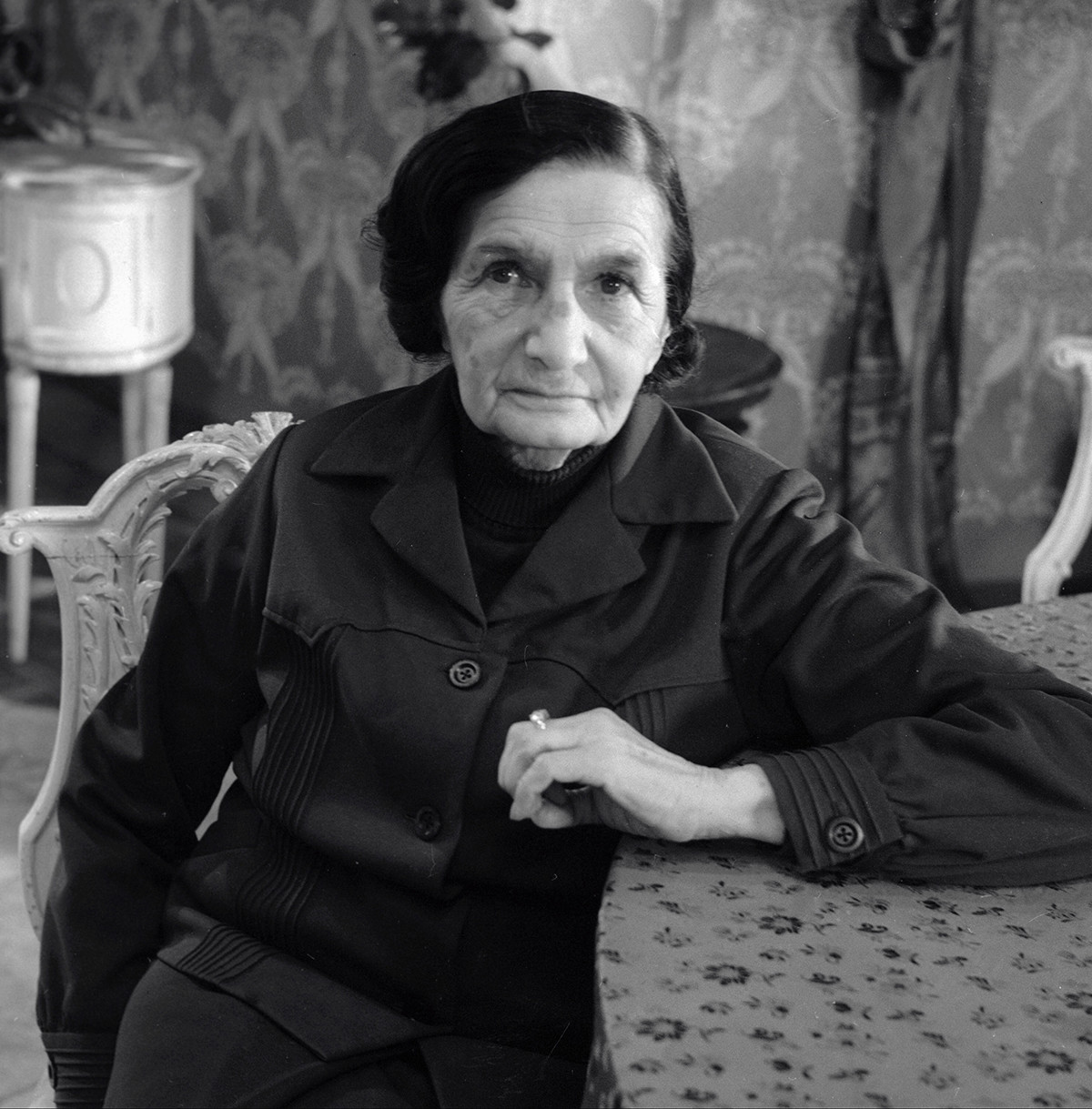 Nadezhda Kosheverova had a gift for discovering new talents.

Her most celebrated movie ‘Cinderella’ brought her both glory and recognition. Filmed in 1947, it won accolades for tremendous acting performances and a brilliant script by Evgeny Schwartz. ‘Cinderella’ was probably the first fairy-tale in the history of Soviet cinema, completely devoid of an ideological aftertaste, but, at the same time, reflecting some features of an ordinary Soviet life with a twist of irony. For instance, Cinderella’s stepmother (brilliantly portrayed by Faina Ranevskaya) behaves like a toxic resident of a typical Soviet communal apartment.

Kosheverova had a gift for discovering new talents. Actors adored her, Faina Ranevskaya, Oleg Dahl and Anastasia Vertinskaya among them. 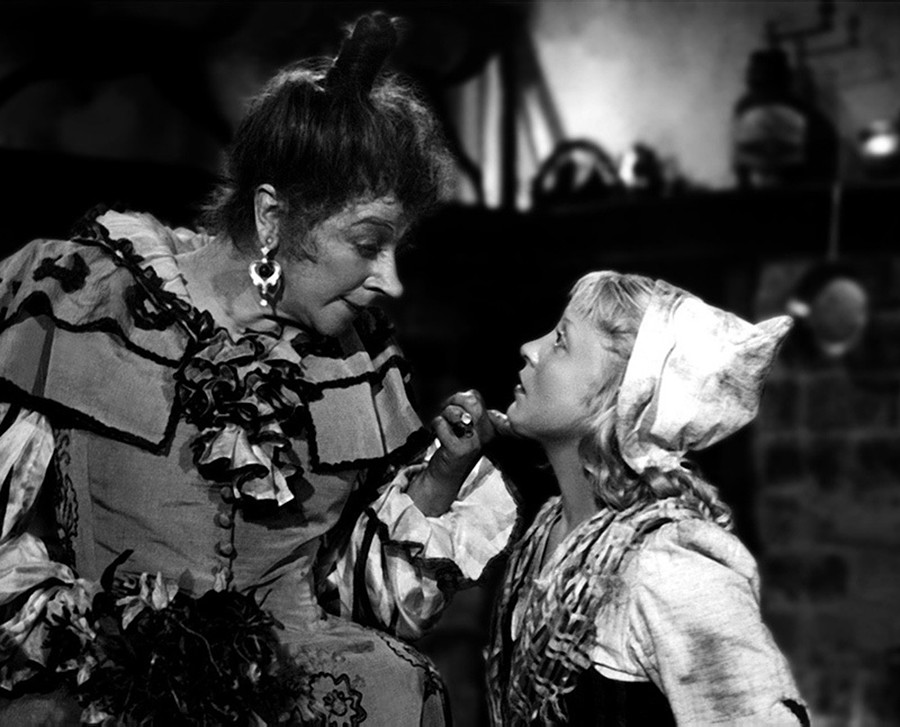 There was something more than meets the eye in Kosheverova’s productions. Her realistic drama ‘Galya’ (1940), set during the Soviet-Finnish War, was banned from being shown on ideological grounds, while her comedy, ‘Tamer of Tigers’, co-directed by Aleksandr Ivanovsky, went on to become one of the highest-grossing movies of 1955. Her movies have stood the test of time thanks to their irony and lightness, kindness and melancholy.