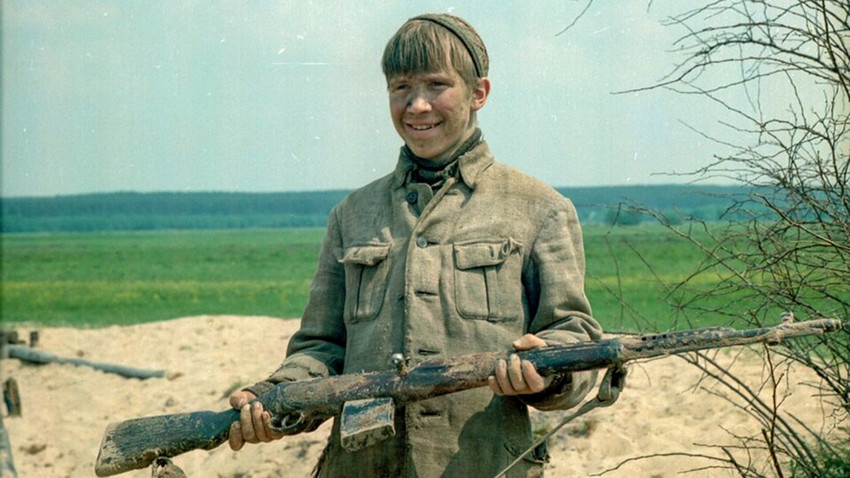 Elem Klimov/Mosfilm, 1985
“Don’t teach me how to live, help me financially instead,” Lyudmila, the go-getter character in ‘Moscow Doesn’t Believe in Tears’ famously said with a winning smile. In case you missed it, we’ve come up with a list of Soviet movies and animated classics that have won the hearts and minds of international audiences.

This movie should come with a warning label: Addictive! ‘Irony of Fate’ has been a cinematic staple for several generations of comedy lovers in Russia and overseas. Nothing says New Year as Eldar Ryazanov’s movie, the patriarch of the romcom genre in Soviet cinema. 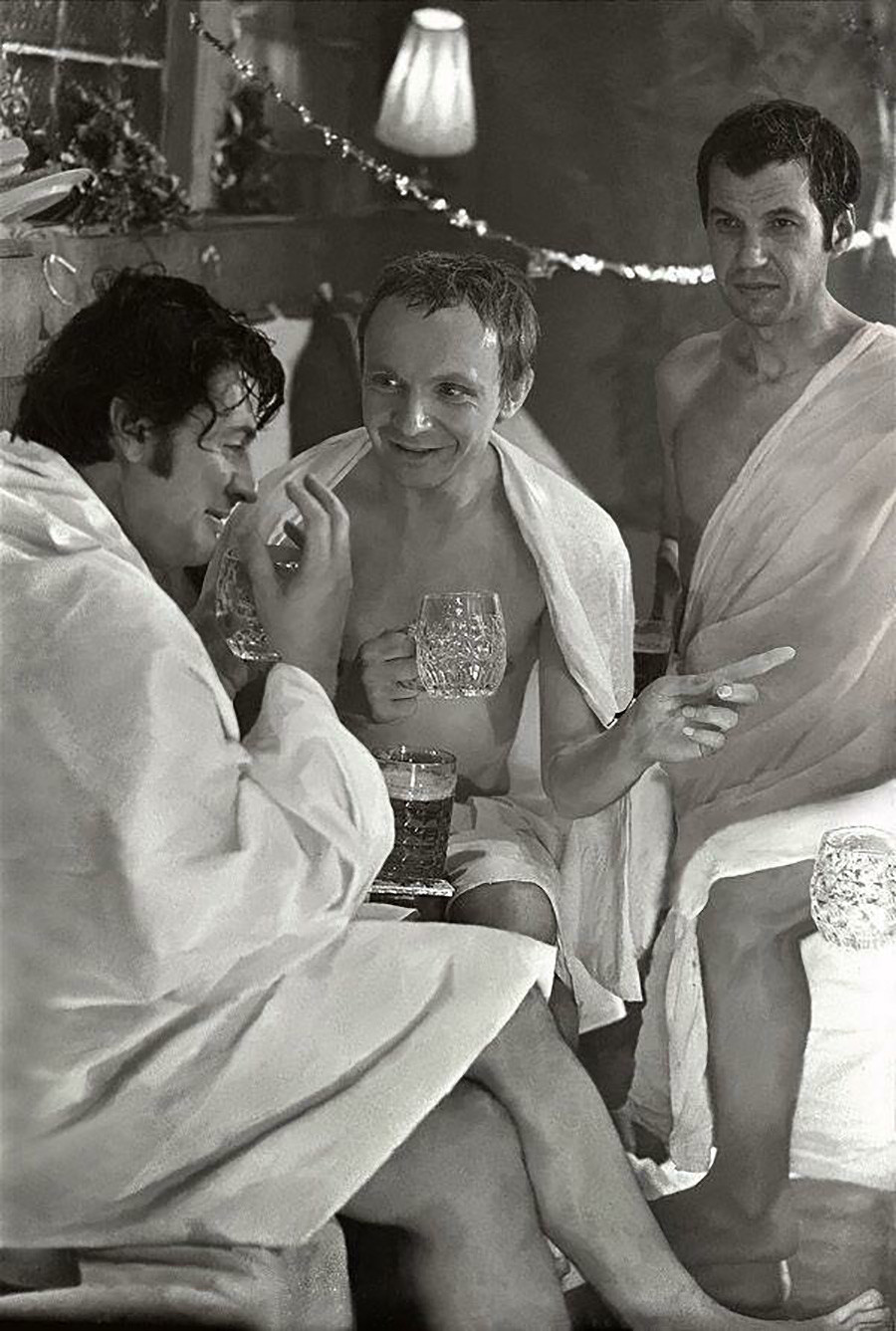 A handsome 36-year-old yet unmarried man named Zhenya Lukashin lives in an apartment building at 25 Third Builders’ Street in Moscow. Nadia Shevelyova, a 32-year-old woman, has the identical address, but in Leningrad (now St Petersburg). One evening, Zhenya decides to catch up with a group of friends at their annual New Year’s Eve gathering at a banya (a traditional Russian sauna).

As always, something goes wrong after too much vodka and the Moscow surgeon is accidentally put on a plane to Leningrad, instead of his buddy Pavlik. Lukashin is so drunk he can hardly keep his eyes focused. Yet, he mumbles his address to a local taxi driver and arrives “home”. Pie-eyed, the man lets himself into the apartment using his key and immediately falls asleep. Blond bombshell Nadia arrives home soon after, only to find a blind-drunk stranger in her bed. Chances are, Zhenya might actually stay in that bed for good. It’s probably the funniest 184 minutes of cinema you’ll ever sit through!

This hand-drawn Soviet animated movie, based on Hans Christian Anderson’s story of the same name, became an instant hit when it hit the big screen in the late 1950s. The 60-minute animated feature, directed by Lev Atamanov and produced by the legendary Soyuzmultfilm studio, is art of the highest caliber. 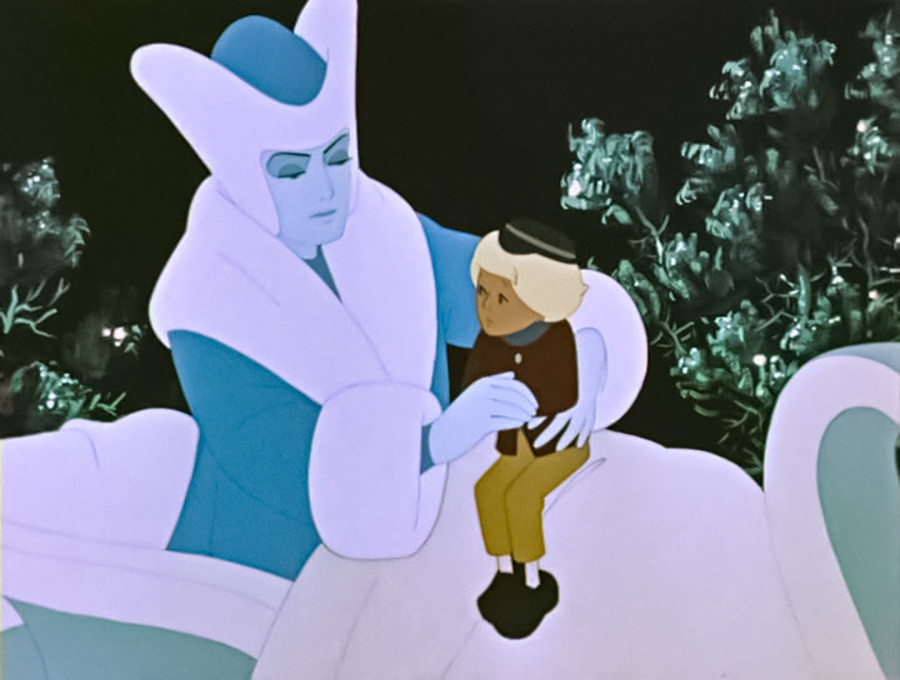 Beautiful, but not bogus, ‘The Snow Queen’ became the first purchase of a Soviet film by a U.S. company in the midst of the Cold War. Universal Pictures acquired it for U.S. theatrical distribution back in 1959. And the Soviet animated classic about Gerda and Kai hasn’t lost any of its charm and authenticity since then.

Japanese filmmaker Hayao Miyazaki, the man behind ‘Princess Mononoke’, recalled that when he watched ‘The Snow Queen’ for the first time, he finally made up his mind to devote his life to animation and realized what he should strive for professionally. “I thought to myself, how great it is that I’ve chosen this profession! It was like a sign from above. The key message in this film was genuine and important. The USSR has left a remarkable legacy in art.”

There’s probably no other period drama as epic, far-reaching and moving as Sergei Bondarchuk’s magnum opus. The four-part Oscar-winning screen version of Leo Tolstoy’s masterpiece chronicles the events of the Patriotic War of 1812, as seen through the eyes of five aristocratic Russian families. 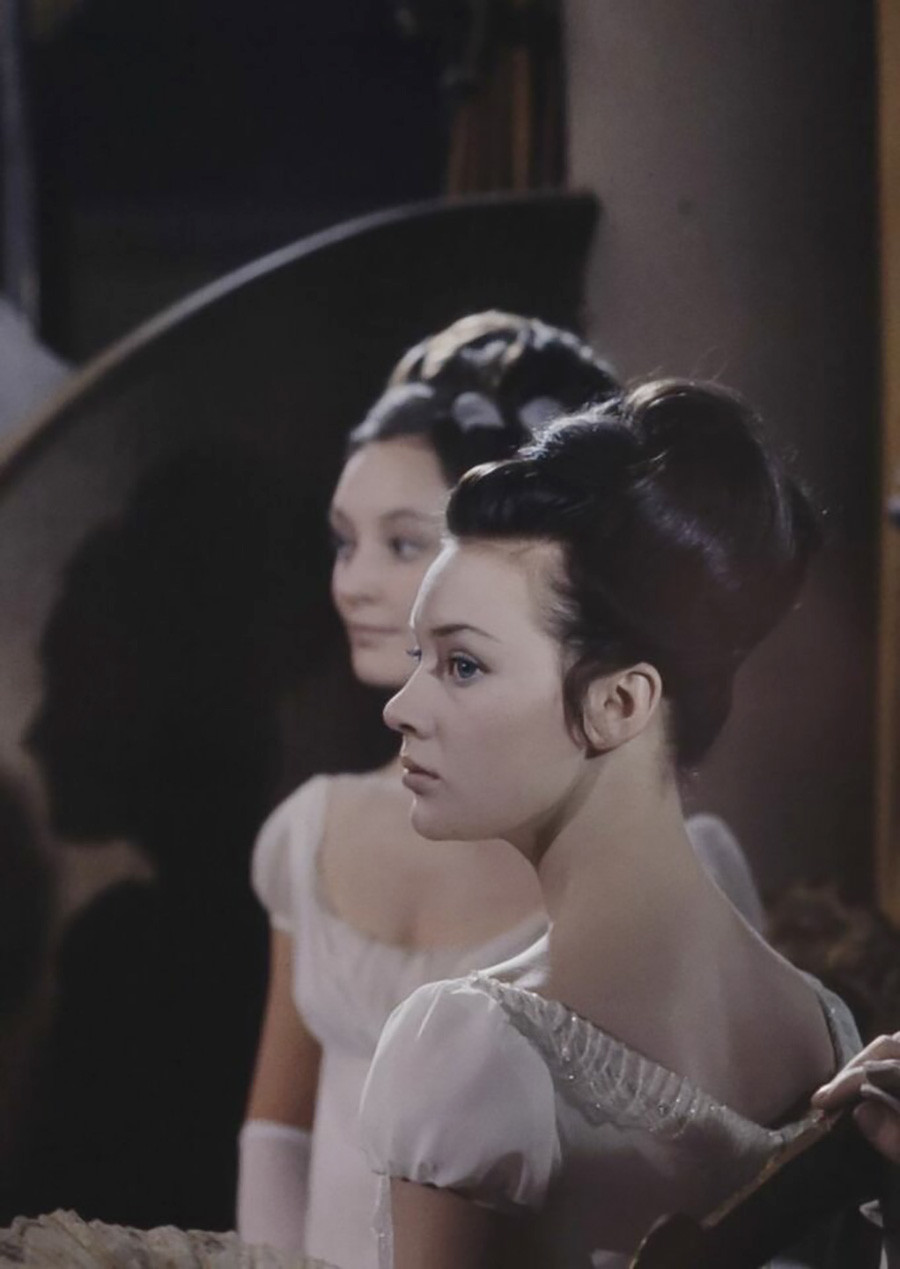 The complex plot and the larger-than-life cast of characters helped crystallize Tolstoy’s story, transforming it into a world that extended far beyond Russia. With its visually stunning and philosophically weighty layers, Bondarchuk’s cinematic mille-feuille gave a new definition to heroism and hypocrisy, faith and forgiveness, love and loyalty.

Simply put, you can watch it fifty times and laugh at the familiar jokes again and again. Leonid Gaidai, the USSR’s king of slapstick comedy, directed some of the most popular Russian movies, including ‘Ivan Vasilievich Changes Profession’, ‘Operation Y and Shurik’s Other Adventures’, ‘Kidnapping, Caucasian Style’ and ‘The Twelve Chairs’. 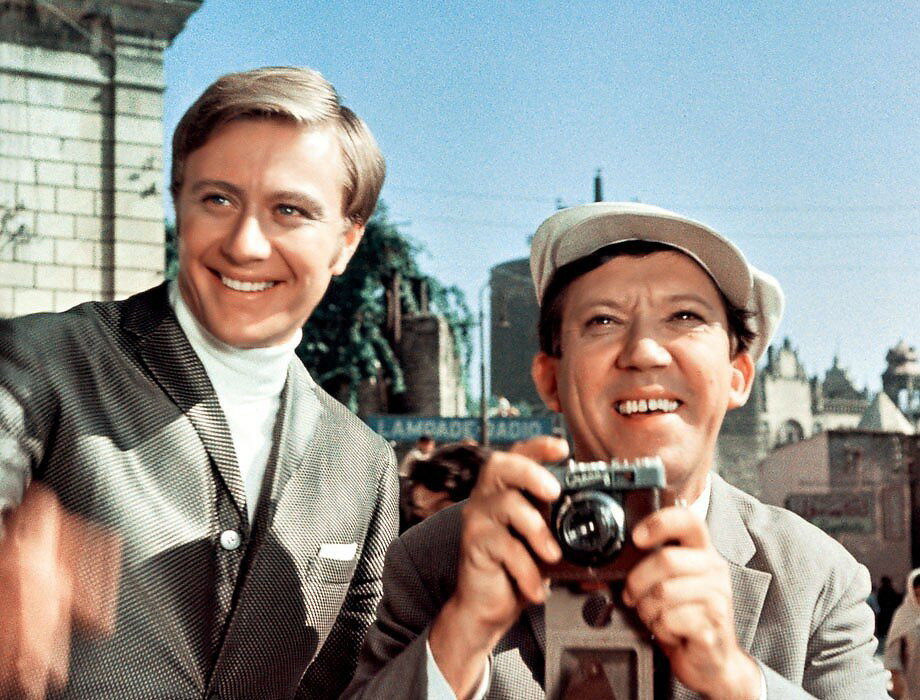 ‘The Diamond Arm’ thrills with adventure, romance and humor and details the story of Semyon Gorbunkov, a Soviet economist (played by Yuri Nikulin) who takes a cruise trip outside of the Soviet Union for the first time ever. During a stop-over in Istanbul, Semyon steps on a watermelon crust lying on the pavement and falls down exclaiming: “Damn it!” Unluckily, that happens to be exactly the code word for a gang of criminals who need to secretly deliver diamonds to Moscow. They mistake Semyon for their courier and hide the rocks inside a cast that the swindlers put on his arm when poor Semyon is knocked unconscious. The rest of the movie is a hilarious, action-packed adventure.

The Hedgehog goes through a deserted forest road to count the stars with his friend, the Bear Cub. During his journey, the Hedgehog walks in through the dense fog, followed by a big Owl, a Snail, a Bat, a Dog and a magnificent white Horse, rising ghostly through the fog like a bride. 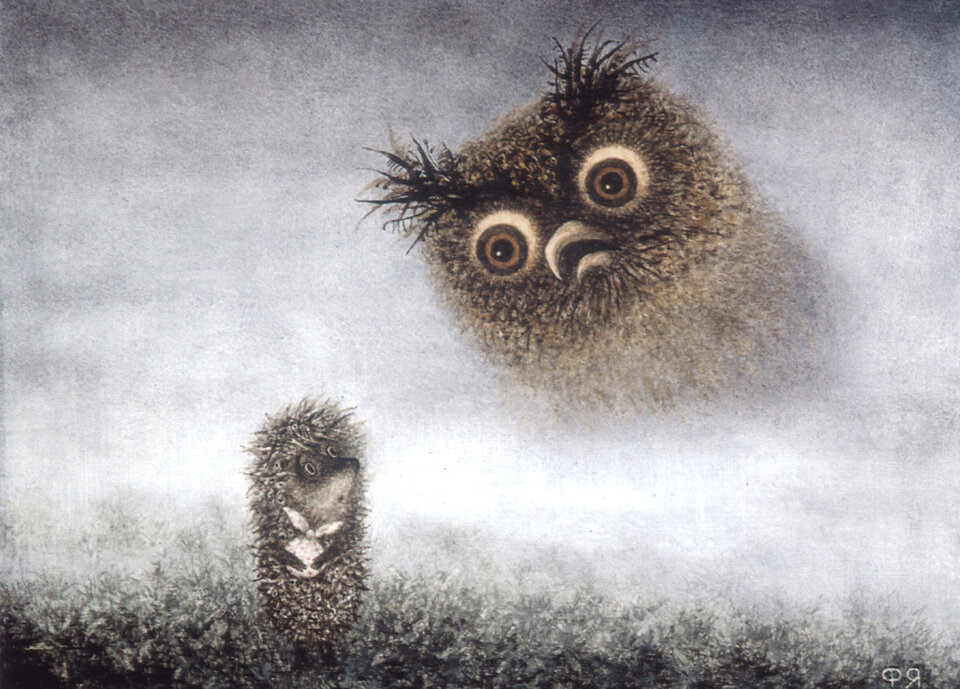 Soviet animation genius Yuri Norstein created his most iconic cartoon creature with the titular character in ‘Hedgehog in the Fog’. Norstein’s animated masterpiece has collected numerous international awards and was ranked No. 1 in a poll at the 2003 Laputa Animation Festival in Japan where 140 animators from across the globe picked out the best animated films in history.

READ MORE: Animator Yuri Norshteyn: 'I couldn't imagine I'd have to go into business'

Andrei Tarkovsky, one of Russia’s most revered directors and the man behind ‘Ivan’s Childhood’, ‘Andrei Rublev’, ‘The Mirror’ and ‘Stalker’, was a master of posing tricky questions. His sci-fi saga ‘Solaris’ is a real mind-bender. Based on a novel by Stanislaw Lem, the movie is both hypnotic and haunting. 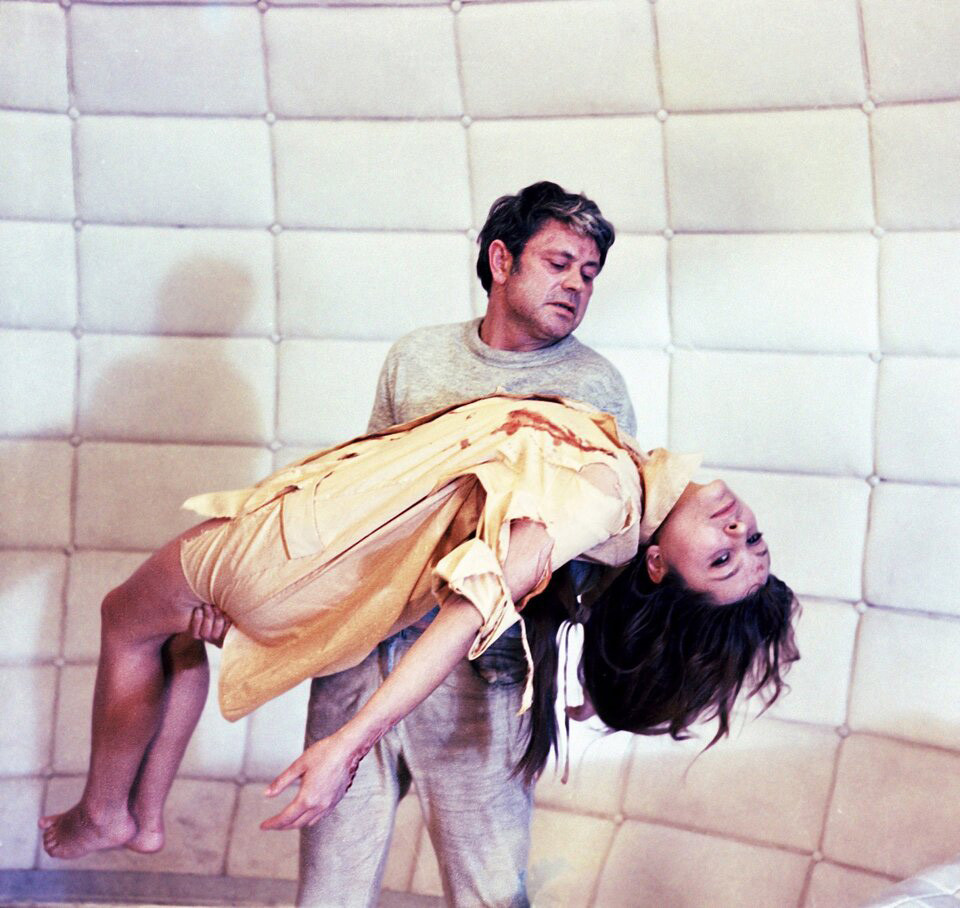 Kris Kelvin, a psychologist, arrives at a mysterious semi-abandoned space station drifting above the oceanic planet Solaris. Apart from the three scientists working on the huge facility, Kris encounters a bunch of “ghosts”, who seem to embody some of the most painful and shameful human memories. Kelvin is haunted by his late wife Hari (played by Natalia Bondarchuk) who had killed herself after a family quarrel ten years earlier.

Tarkovsky’s sci-fi drama (filmed in Japan, Moscow and Crimea) tackles the struggle between psyche and character, nature and science, love and demons. It doesn’t matter so much which side one takes, because no one really wins.

Mikhail Kalatozov’s psychological fresco of a loving couple torn apart by WWII ranks among the world’s best dramas ever made. It movingly depicts the devastating consequences of war through a heartrending story of Veronika, whose life is ruined after her fiancé Boris goes off to war and never returns. 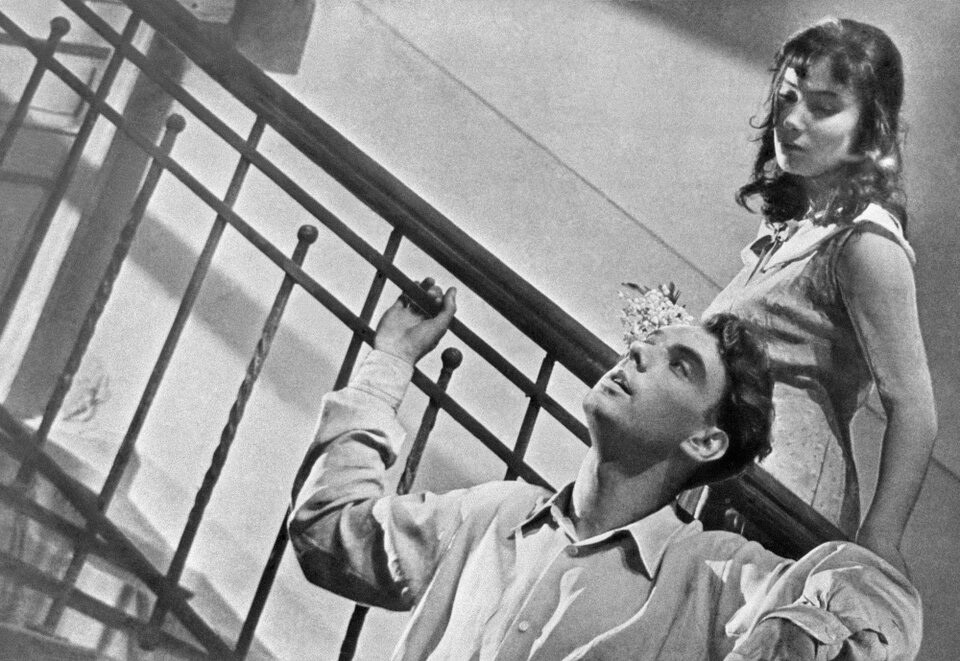 Full of close-ups and breathtaking shots, ‘The Cranes Are Flying’ is the only Soviet movie to have won the coveted Palme d’Or at the Cannes International Film Festival. Nearly 65 years after its release, this iconic Soviet drama has lost none of its visual flare and magnetism.

This movie is like yeast dough. You’ve got to be patient and give it some time to rise. This Soviet tour de force would make even ‘Sex and The City’ author Candace Bushnell jealous. 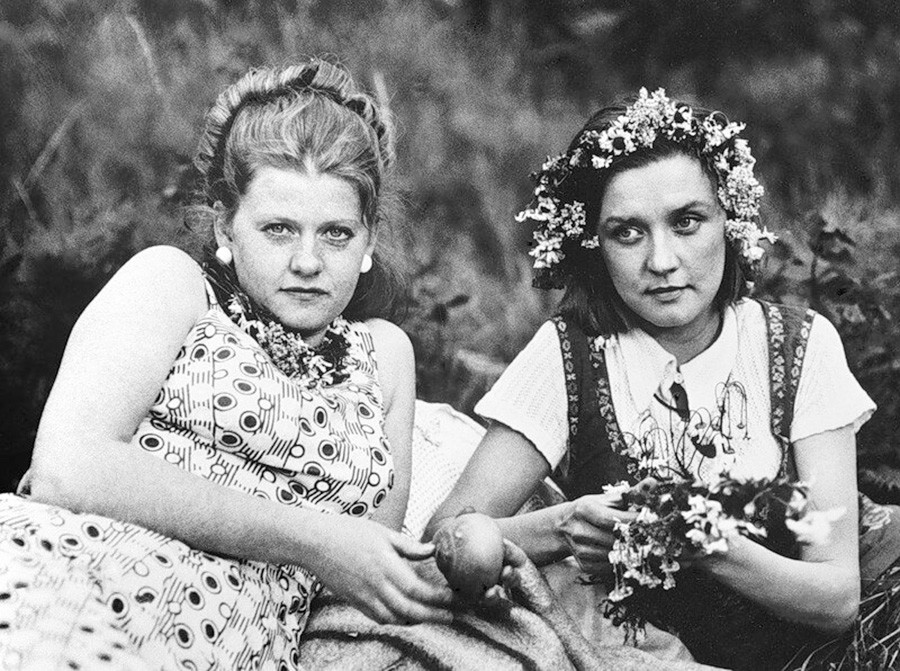 Three besties share one dorm room and are determined to make it in Moscow. Katerina, the most responsible of all, is asked to house-sit for her uncle professor in his Stalin high-rise apartment while he and his wife are away. To hook up with local Moscow gentlemen, the “three sisters” throw a big party and pretend to be the professor’s daughters. Katerina is not a romantic at heart, but when she meets a handsome and modest cameraman, she can’t help it… and soon finds herself pregnant.  The minute Rudolf finds out that Katerina is not a professor’s daughter, but works at a factory, he dumps her, with the man’s toxic mother telling Katerina to back off. Despite everything, she gives birth to a daughter, becomes a factory head and finally meets the love of her life.

A movie has to have something really special if it wants to reach global audiences. Vladimir Menshov’s ‘Moscow Does Not Believe in Tears’ did the impossible when it scooped the Academy Award for Best Foreign Picture in 1981. It basically proved that nationality, budget or country of origin do not really matter when it comes to talent and heart.

The Soviet stop motion animation directed by Roman Kachanov has been a huge hit with several generations of kids in Russia. Later followed three other films – ‘Cheburashka’ (1971), ‘Shapoklyak’ (1974) and ‘Cheburashka Goes to School’ (1983). 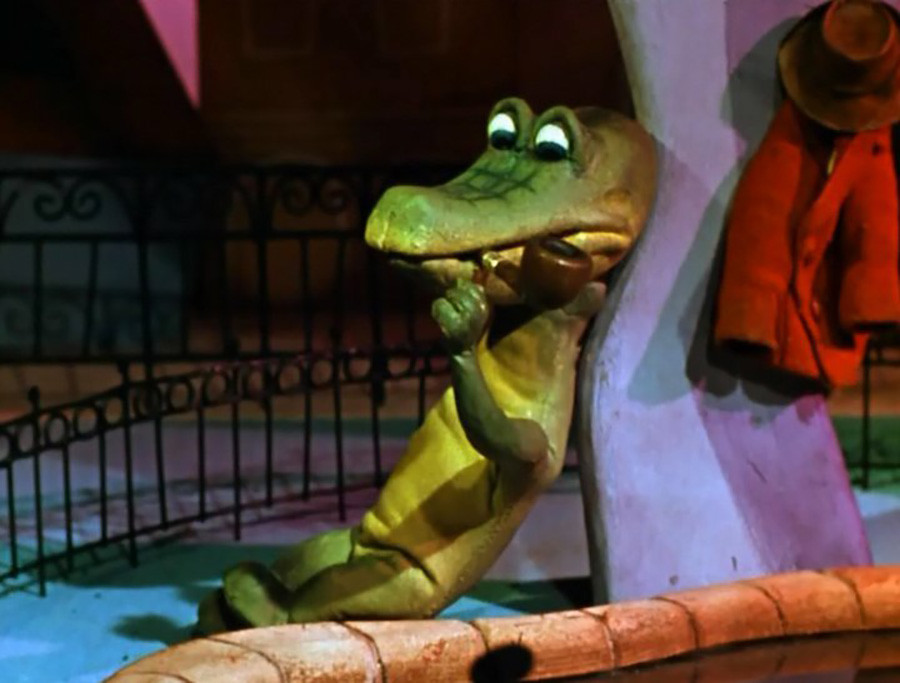 Gena is not a typical crocodile. The quirky cartoon character, created by prolific writer and poet Eduard Uspensky, wears a red smoking jacket, black bow-tie and a tiny bowler hat. He smokes a pipe (don’t worry, Gena is 50 years old), plays the accordion and works at the zoo. He is good friends with Chebyrashka (Uspensky’s other brainchild, described by many as the “Soviet Mickey Mouse”) – a cute little creature with big rounded ears and wide-open eyes.

Cheburashka became an iconic character not only in the USSR. It became known as ‘Topple’ in the UK, ‘Muksis’ in Finland, ‘Plumps’ in Germany and ‘Drutten’ in Sweden. Cheburashka also gained stardom in Japan. In 2003, a Japanese company acquired distribution rights to ‘Cheburashka’ cartoons in Japan from Soyuzmultfilm until 2023.

This movie is infused with a desperate sense of desolation and defeat. ‘Come and See’ was initially titled ‘Kill Hitler’. The action unfolds in 1943 in Belarus SSR, during Nazi occupation. Known for being an uncompromising filmmaker, Elem Klimov made his movie to tell a chapter from history through the eyes of a boy, a 16-year-old partisan named Flyora (brilliantly portrayed by Aleksey Kravchenko). Klimov, a native of Stalingrad, had witnessed the horrors of WWII himself and wanted to make a hard-boiled war movie, not a sugar-coated saga of victory in war. 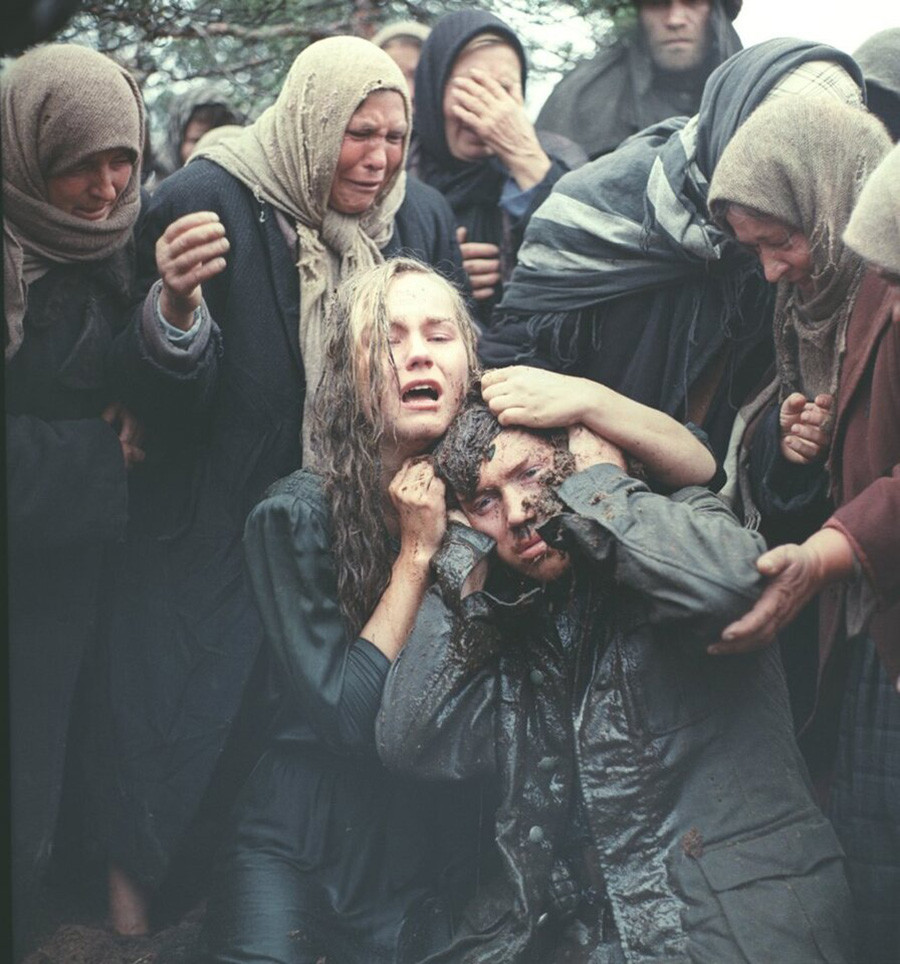 What does it take to stay human in inhumane circumstances? You get a chance to see it and decide for yourself. The challenge in ‘Come and See’ was not to scare the viewer with the gruesome horrors of war, but to expose the hidden depths of the tragedy with hyper-realism and chilling honesty. It was more important for Elem Klimov to expose the internal (or rather eternal) scars left on the boy’s soul, rather than his first gray hair and wrinkles.

READ MORE: 9 must-know facts about COME AND SEE – the best war movie of all time

The Soviet drama has won accolades from filmmakers, critics and historians from across the globe. “This 1985 film from Russia is one of the most devastating films ever about anything, and in it, the survivors must envy the dead,” Pulitzer Prize winning film critic Roger Ebert concluded in his review.