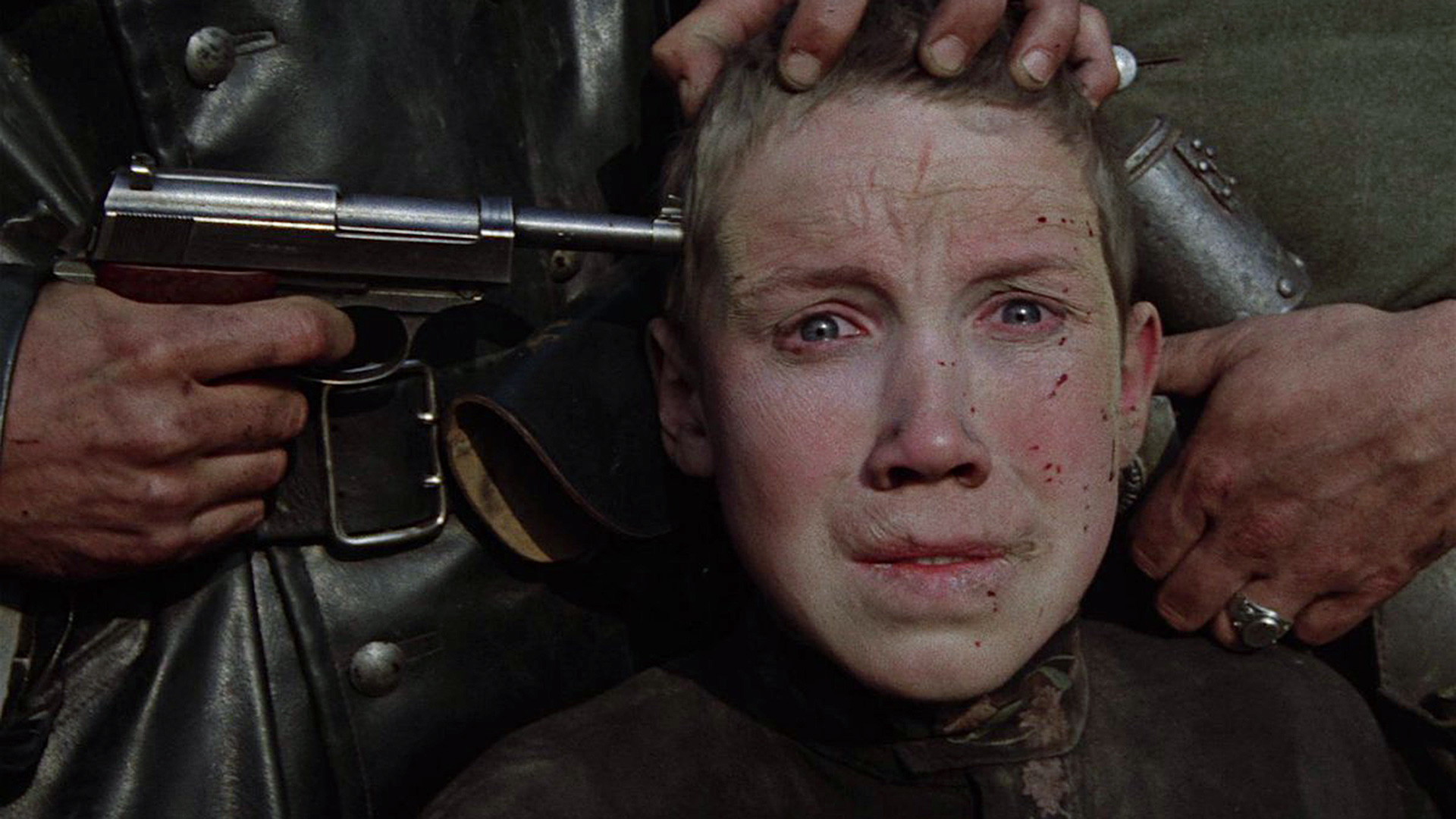 Elem Klimov/Mosfilm, Belarusfilm, 1985
It is also one of the most horrifying and difficult movies about World War II which will haunt you for a long time.

Come and See is often considered to be the best war movie of all time and is for sure the most popular Soviet movie in the world. The movie tells the story of a small segment of WWII, from the perspective of a Belarusian teenage boy. Throughout his journey, Come and See does not hold back from the monstrosities of war. With realism on full display, the movie shows that nothing is more horrifying than the dark acts humanity carries out in times of war.

If you haven’t yet watched the movie, you absolutely must (watch Come and See here on Russian Film Hub). And whether or not you’ve already seen it, these nine facts will help you appreciate the movie even more. But watch out – the last one is a spoiler!

1. They used live ammunition during filming 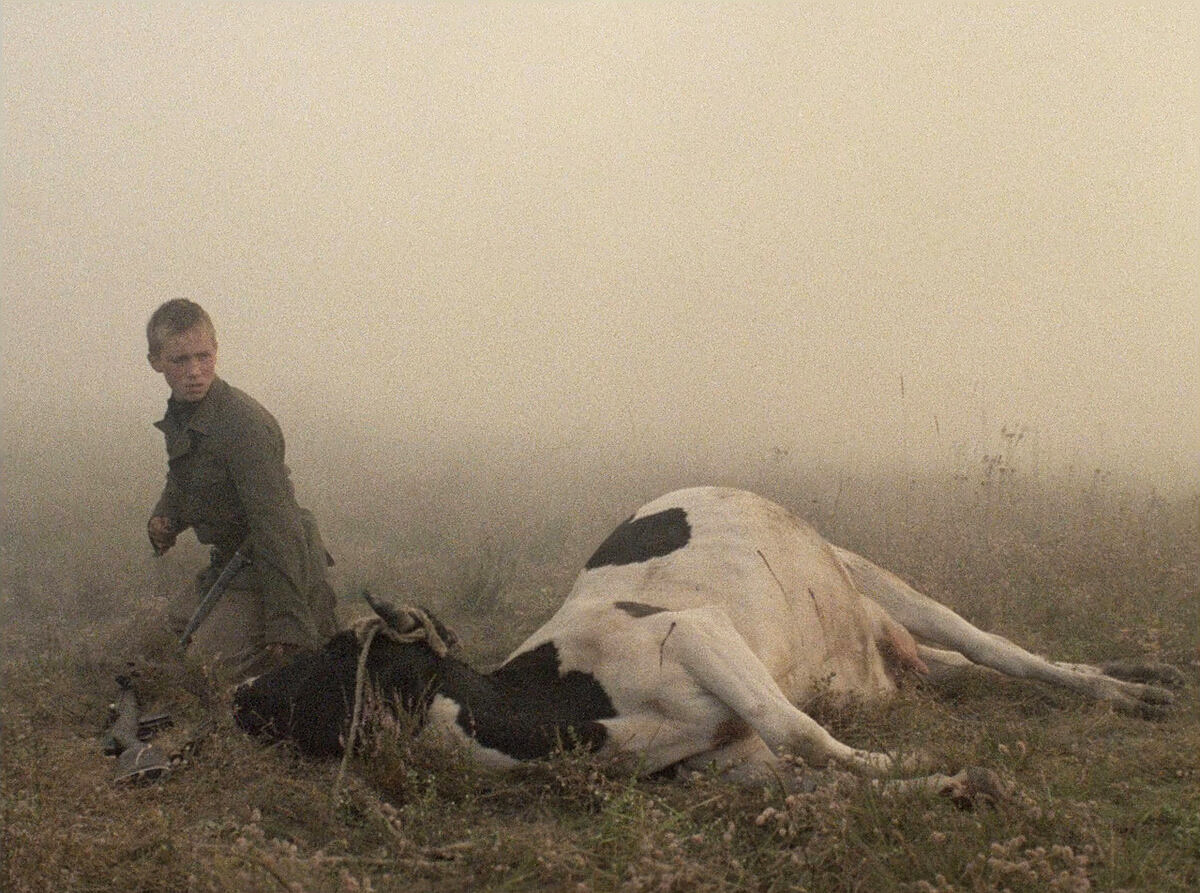 Throughout the filming of Come and See, real bullets were used. At times, they flew just above the heads of actors, making their terrified looks genuine. And the scene where machine gun fire takes down a cow – that really happened.

2. The audio quality of the movie changes 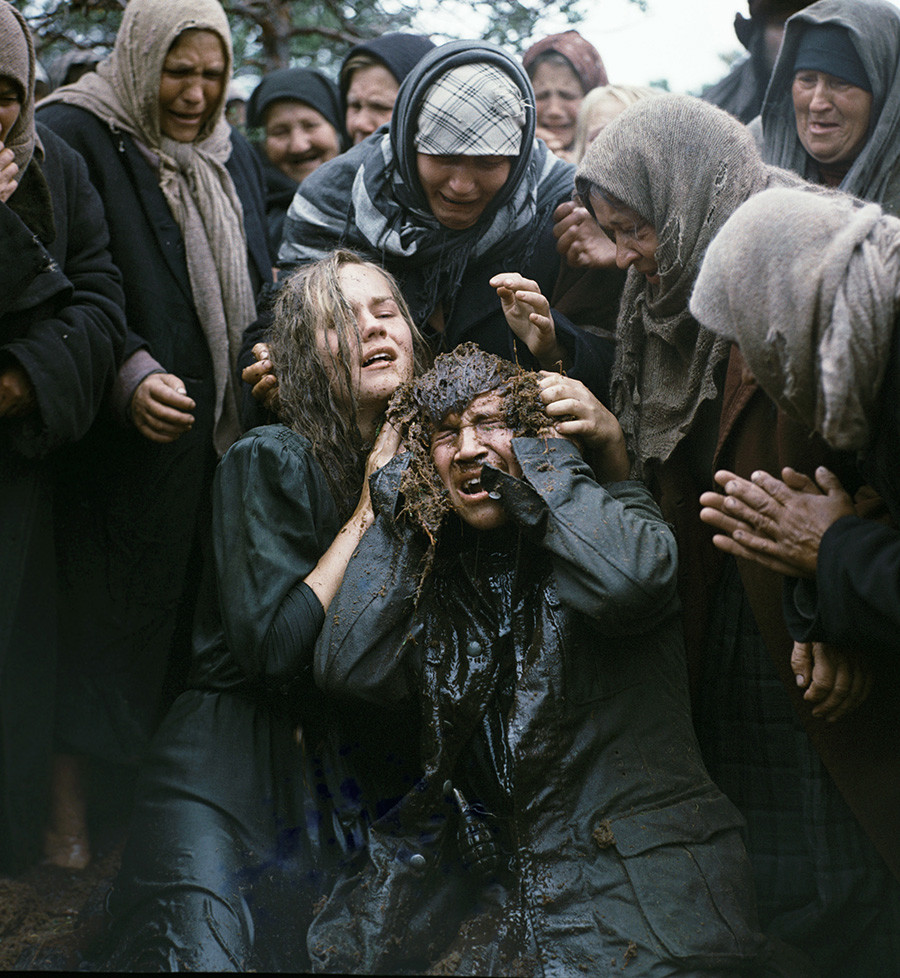 After a nightmarish bombing scene, the main character, Florya, is deafened. Watching the movie, you’ll hear how the sound becomes muted and there is a faint ringing noise. On top of that, for the rest of Come and See, the audio quality drops – helping us enter the horrifying world on screen. 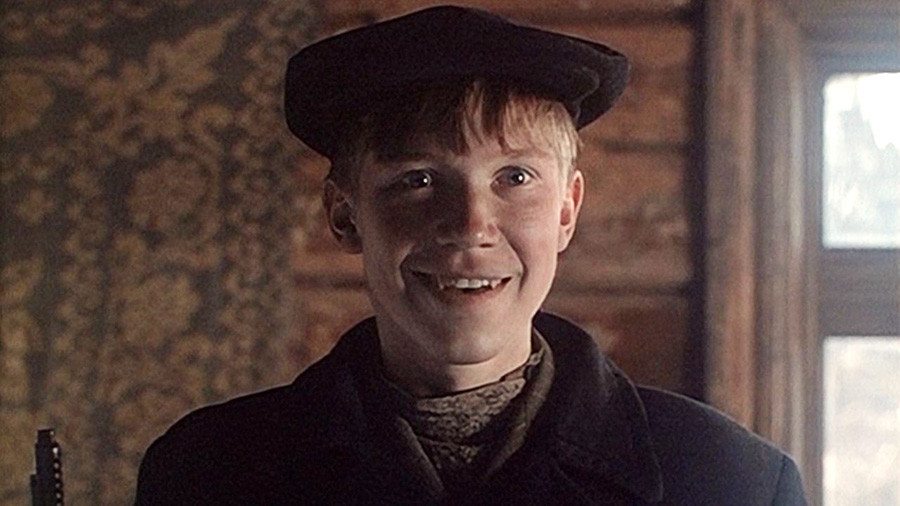 Aleksey Kravchenko, the teenage actor who played Florya, really went through hell while filming. Director, Elem Klimov, shot Come and See in chronological order over a nine-month period. Comparing Kravchenko’s appearance from start to end of the film reflects what he went through.

Kravchenko begins Come and See as a youthful, healthy boy. He ends it as an emaciated, ragged wraith with grey hair, shell-shocked eyes, and the wrinkles of a man four times his age. 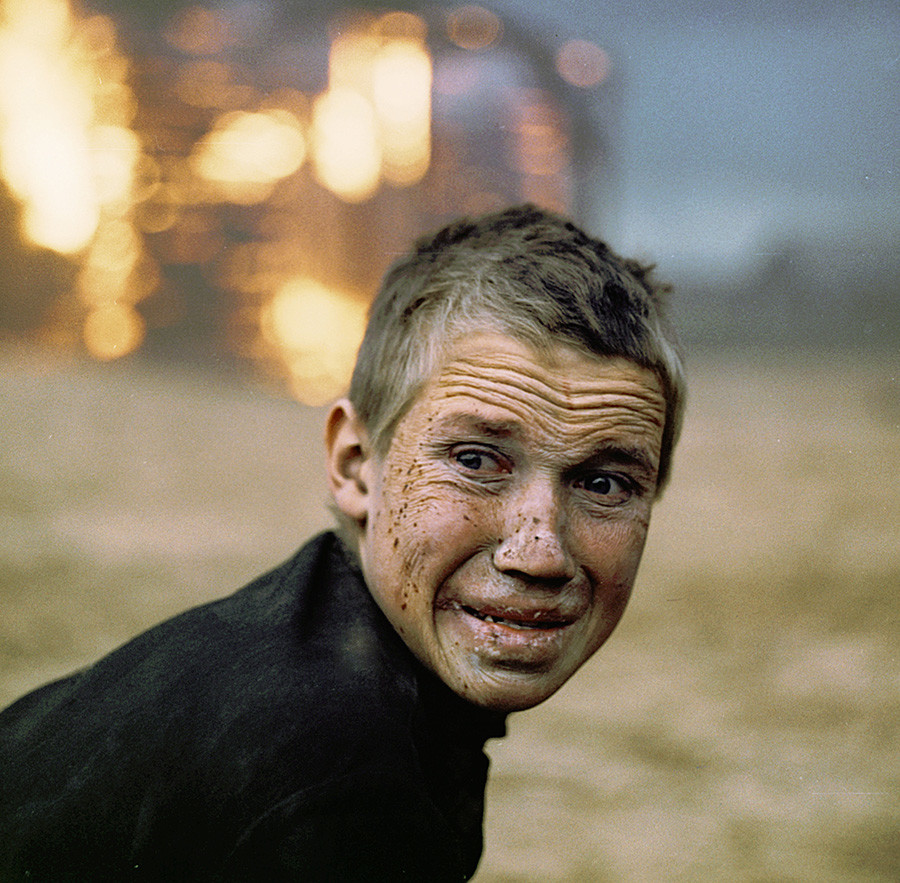 That transformation and the high quality of makeup was so realistic that there were even rumors that Kravchenko’s hair went grey all on its own. In fact, special Silber Interference Grease-Paint, alongside a thin layer of actual silver, was used to dye his hair. It was difficult to get his hair back to normal, so Kravchenko had to live with his hair like this for a while – even after the shooting of the movie was over.

Moreover, assigned a starvation diet for the latter parts of the film, Kravchenko really did become skin-and-bones. 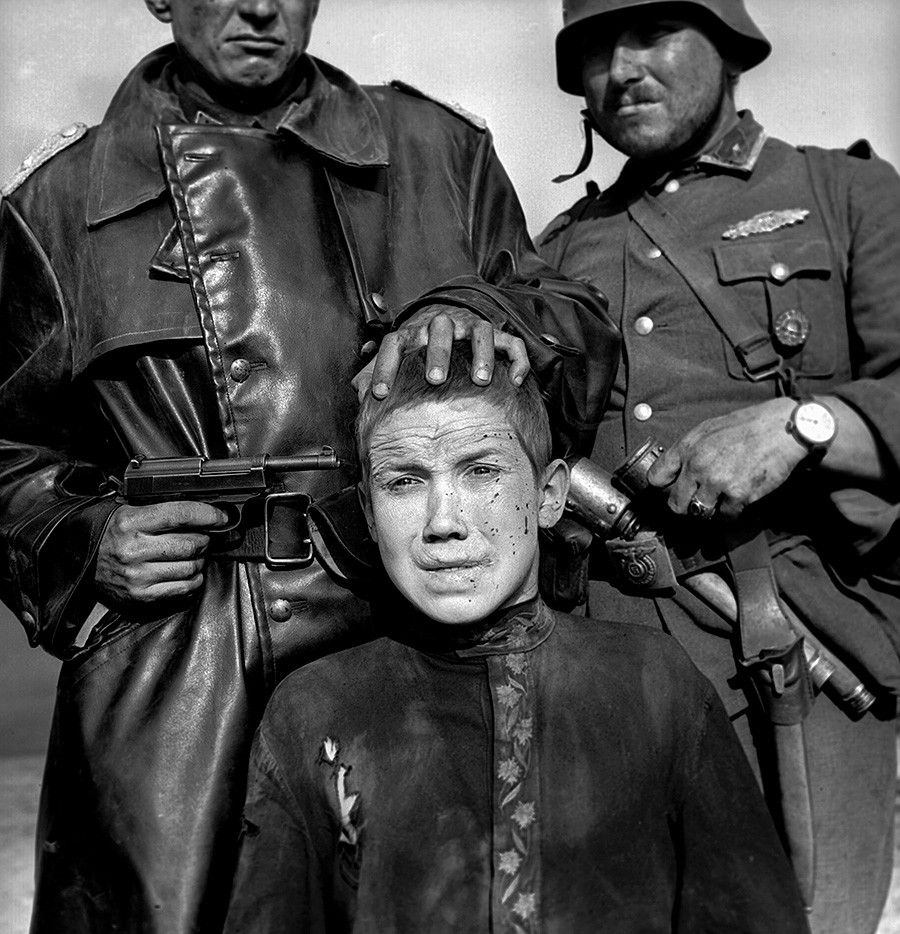 Director, Elem Klimov, tried to have a psychotherapist hypnotize Kravchenko before the most violent scenes in Come and See. He was worried that these dreadful experiences would addle his young mind. As Klimov said in an interview (available on YouTube), “[Kravchenko’s acting] could have had a very sad ending. He could have landed in an insane asylum.”

In the end, Kravchenko did some autogenic training, but refused to be hypnotized. He ended up experiencing all these shocking scenes for real.

5. Come and See’s picture quality is dark and gritty 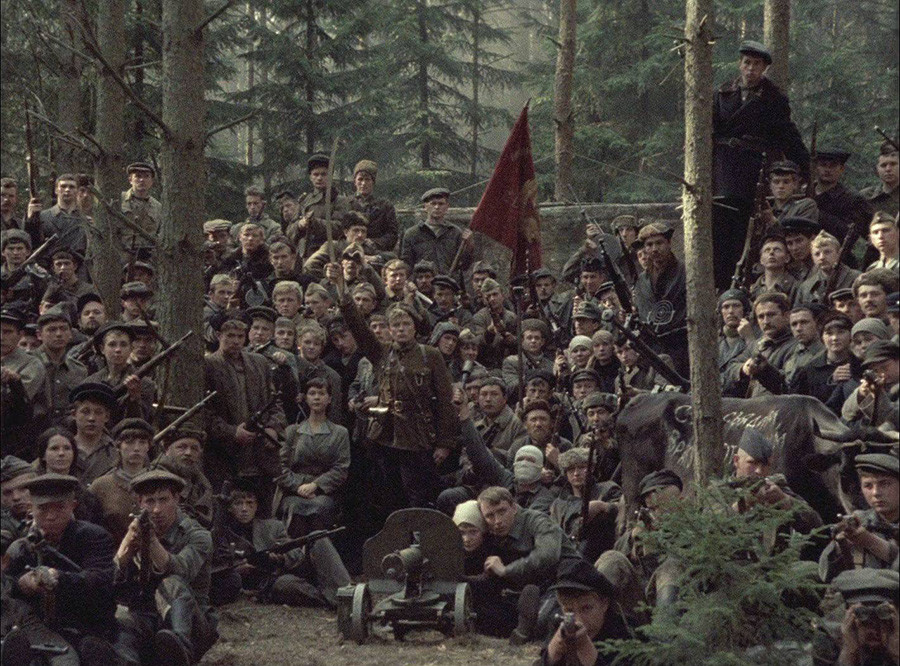 Come and See was shot entirely with natural lighting. Because of this, scenes shot in naturally darker locations, like in the forests, were captured with a faster-than-normal film stock. The result is that the film picture is dark and grainy. This gritty quality of the film pairs well with the grim subject matter it covers. 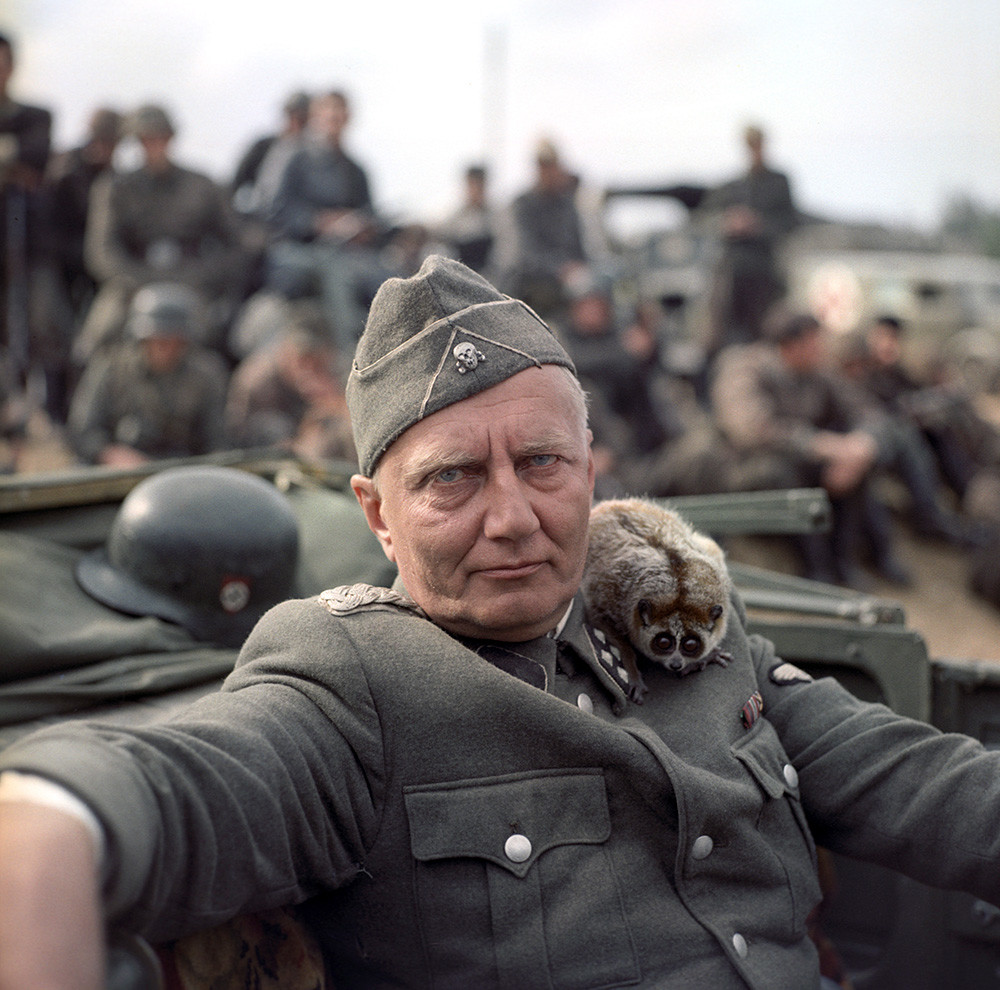 Originally, the movie was to be titled Kill Hitler. However, this was deemed inappropriate at the time. Instead, Klimov chose the title, Come and See, coming from the sixth chapter of the Book of Revelation. That bleak bible passage ends with the line: “For the great day of his wrath is come; and who shall be able to stand?” (Revelation 6:17 KJV). 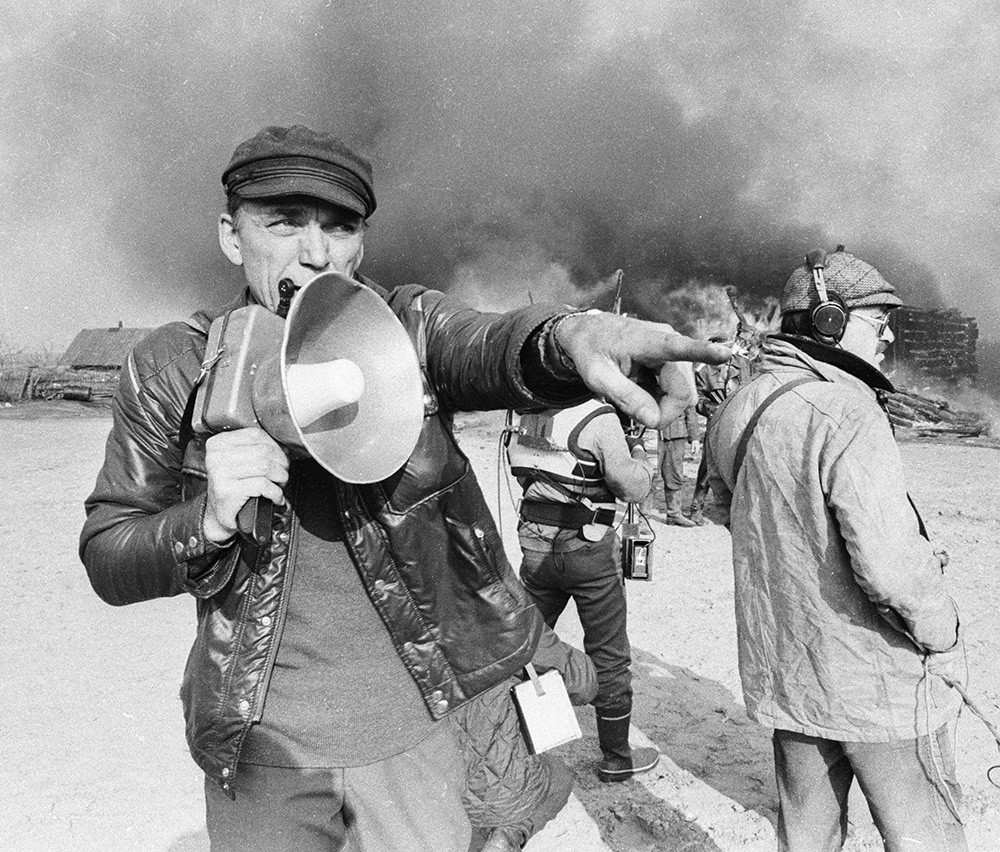 Born and raised in Stalingrad, Elem Klimov was evacuated from the city as a boy, while the infamous WWII battle there was raging. In interviews, he confirmed that his wartime experience influenced Come and See.

On top of that, his co-scriptwriter, Ales Adamovich, experienced WWII not dissimilarly from Come and See’s Florya. During WWII, Adamovich was the same age as Florya in the movie. What’s more, he and his family fought as partisans in Belarus against the Germans.

8. Belarus suffered more than any country in WWII 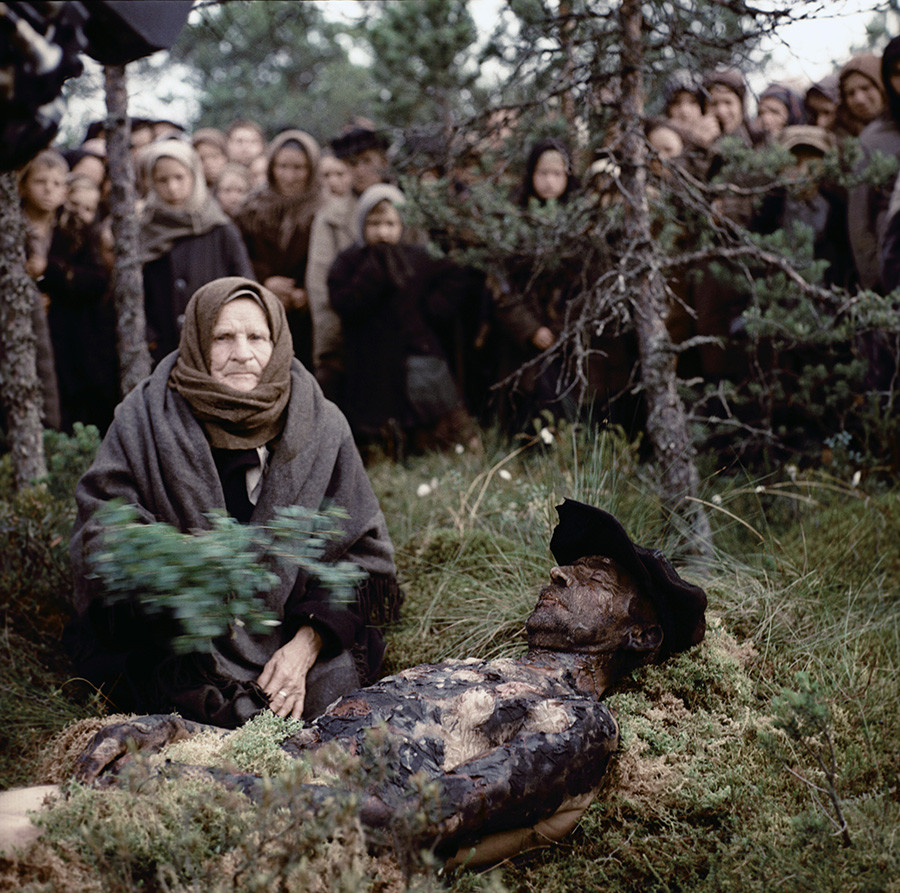 Most people know that the Soviet Union had the greatest loss of life of any other nation during WWII. However, not everyone realizes that the worst hit Soviet republic in percentage terms was Belarus. According to Russian historian Vadim Erlikman’s book, Poteri narodonaseleniia v XX veke («Потери народонаселения в XX веке», or “Population loss in the XX century”), Belarus lost 25% of its total population during the war, and mostly from civilian deaths. The total number of deaths in Belarus is reported to have exceeded 2 million.

When you watch Come and See, put these statistics into perspective. The movie’s plot is not an isolated incident – it happened thousands and thousands of times over several years in Belarus. In the closing moments of the movie, when the group of Soviet partisans are marching away, they’re not exiting a victory or defeat. Instead, they’re moving on from one nightmare to the next. 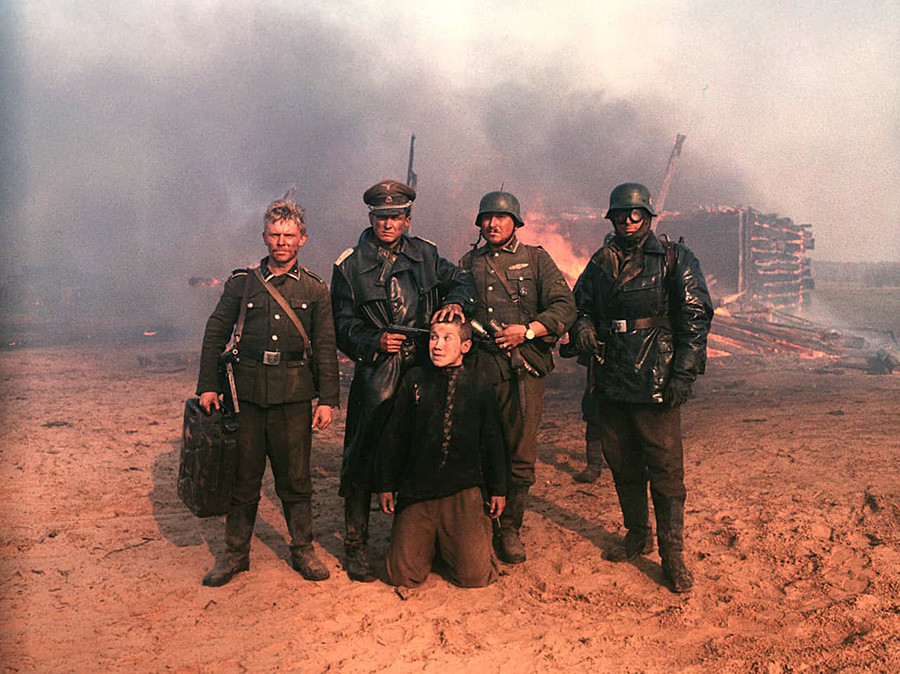 Of all the shocking scenes in Come and See, the one that strains credulity the most is the horrifying church burning sequence. An SS brigade, with the help of local collaborators, rounds up an entire village into a church and burns them alive.

However horrifying the sequence is, it contains no embellishment or exaggeration. This type of atrocity by Nazis against Jews and Slavs is well-documented on the Eastern Front. As an intertitle at the end of Come and See shares, “628 Belorussian villages were burnt to the ground with all their inhabitants.”