Top 5 Soviet movies that showed WWII from a different angle 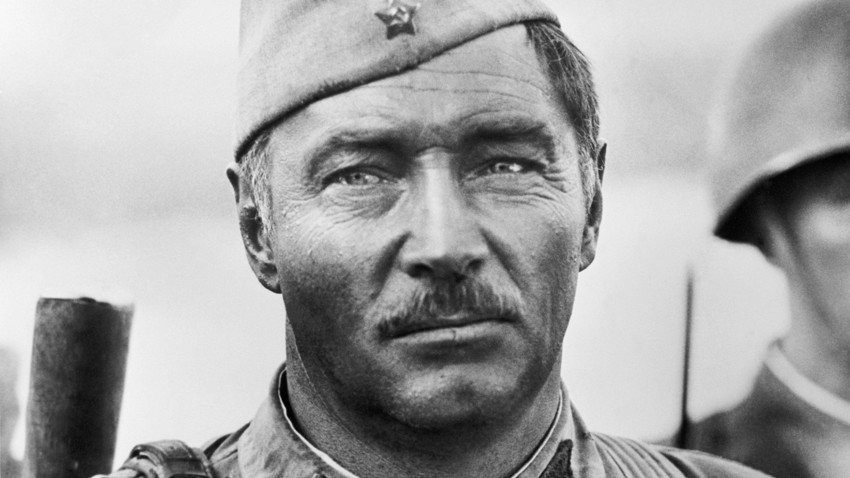 Sergei Bondarchuk/Моsfilm, 1975
War movies are usually about heavy fighting and loss of life. But WWII became embedded in people’s hearts, not only because it was the most devastating and deadly war ever fought on Russian soil, but also because pain, anguish and sufferings stayed locked in people’s hearts long after the war was technically over.

The real challenge for Russian filmmakers was to tackle the subject of war on the big screen from a different perspective, showing a true human disaster that the war had caused.

It basically left a hole in people’s hearts, with physical injuries and emotional pain being only the tip of the iceberg. To fight fire with fire, people needed to go through a catharsis while watching the war movies – to hear the cries of their dead brothers and heal their wounded souls.

We’ve amassed a list of the quintessential war movies that helped look at WWII from a different perspective, through the eyes of heroes and traitors, fathers and sons. 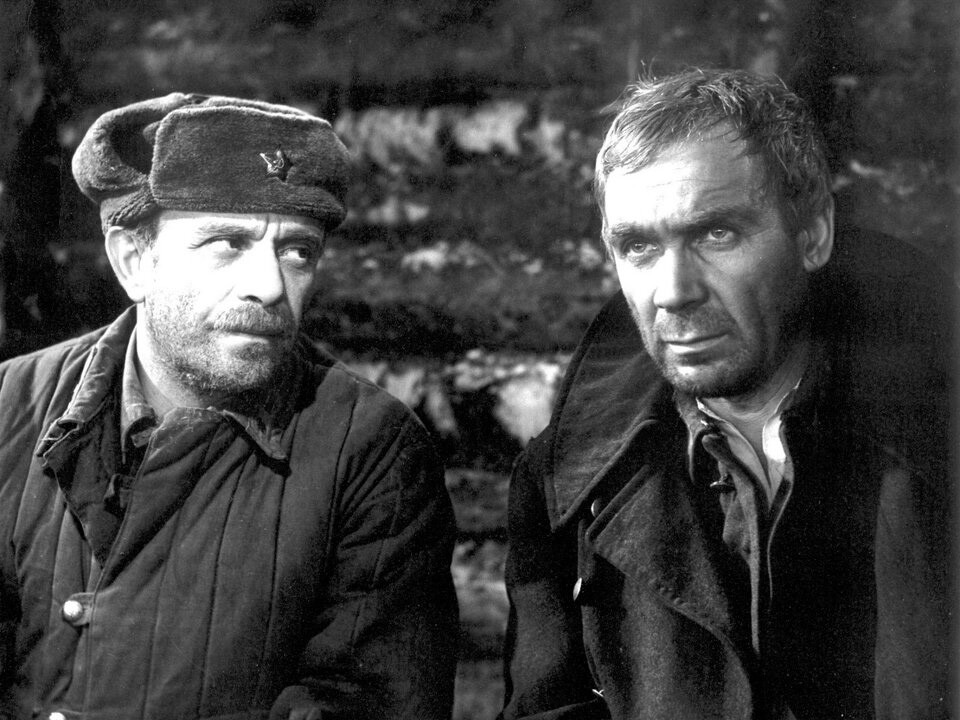 Aleksey German’s black-and-white masterpiece was shot in 1971, but saw the light of day only 15 years later, for one simple reason. The unconventional movie was set in 1942, during the Nazi occupation of the USSR, and put a spotlight on Soviet soldiers who voluntarily defected to the enemy side.

One of the best Soviet movies about the Great Patriotic War touched on a controversial topic that was taboo. This was unheard of at the time of state censorship. Needless to say, right after watching ‘Trial on the Road’, Aleksei Romanov, chairman of the USSR State Committee for Cinematography, made sure that the tape containing the movie remained on the shelf for a good many years, until 1986. ‘Trial on the Road’ was deemed as unpatriotic, while its director was accused of ignorance of Soviet partisan life realities.

Aleksey German’s drama (based on his father’s novel ‘Operation Happy New Year’) focuses on Sergeant Lazarev (portrayed by Vladimir Zamansky) – a “traitor” who had defected to the Germans, but later surrendered to the Soviet partisans to expiate his guilt. The head of the detachment, Ivan Lokotkov (played by Rolan Bykov), genuinely wants to believe the defector and entrusts him the impossible task of stealing a German train stuffed with food to help feed starving Soviet soldiers.

‘Trial on the Road’ explores human values and moral extremes, painting an altogether different picture of regular Soviet soldiers at war. It portrays people who are neither traitors nor patriots in the snow-covered forests ravaged by war. They are all just human beings prone to fatal mistakes. 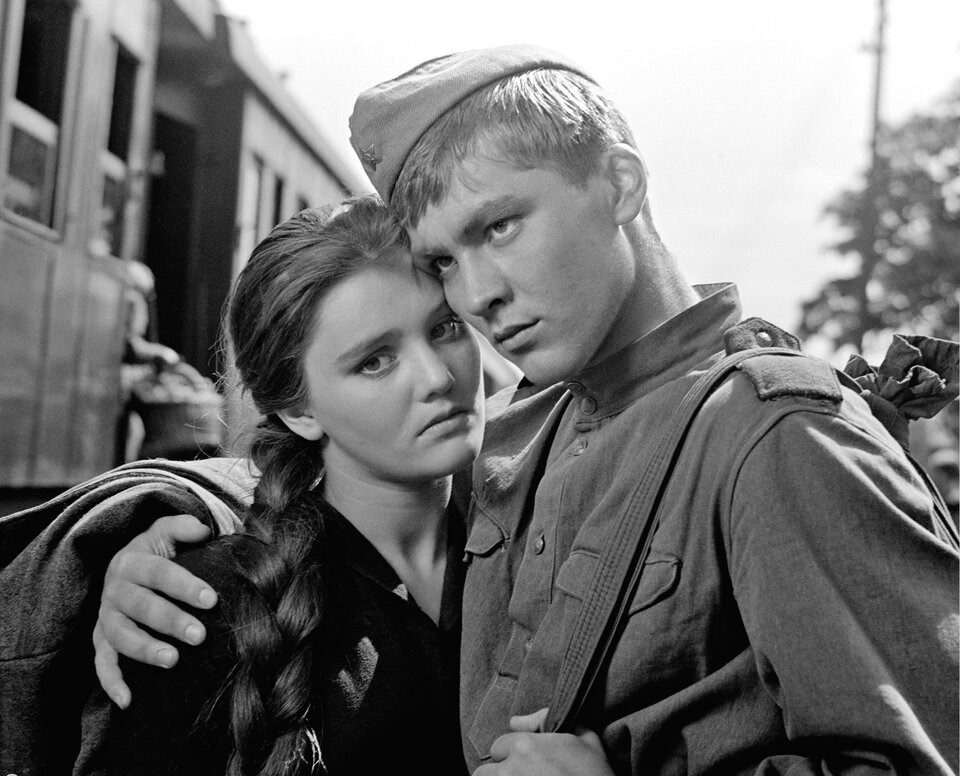 This emotional drama, directed by Grigory Chukhray, is not your average war movie. It boasts no special effects, epic scenes of heavy fighting or glorious war-movie situations. This movie offers a different portrait of war, opting for human stories over special effects.

The devil is in the detail and the details that come to light in ‘Ballad of a Soldier’ speak volumes about the war. You get to see a grumpy face of a one-legged soldier scared to return to his wife; trains filled with cheerful but tired soldiers; a girl orphaned by the war. The seemingly small human drama, set in 1942, has much, much more than meets the eye. It shows the scope of the tragedy better than big war films. This movie has no happy ending.

The main protagonist, a field radio operator named Alyosha Skvortsov, happens to knock out two German tanks. As a reward, he gets a brief vacation. Alyosha heads to his native village – he longs to see his mother. The young soldier comes across all kinds of folk on his way home and even falls in love before he finally gets there, just for a few minutes. He will then hug his mother one last time. “It’s time for me to go,” he says. “I won’t let you go,” she cries, perhaps sensing that her son will never come back.

‘Ballad of a Soldier’ received accolades from cinema buffs from across the world, winning the BAFTA Award for Best Film From Any Source, and was nominated for the Academy Award for Best Original Screenplay. 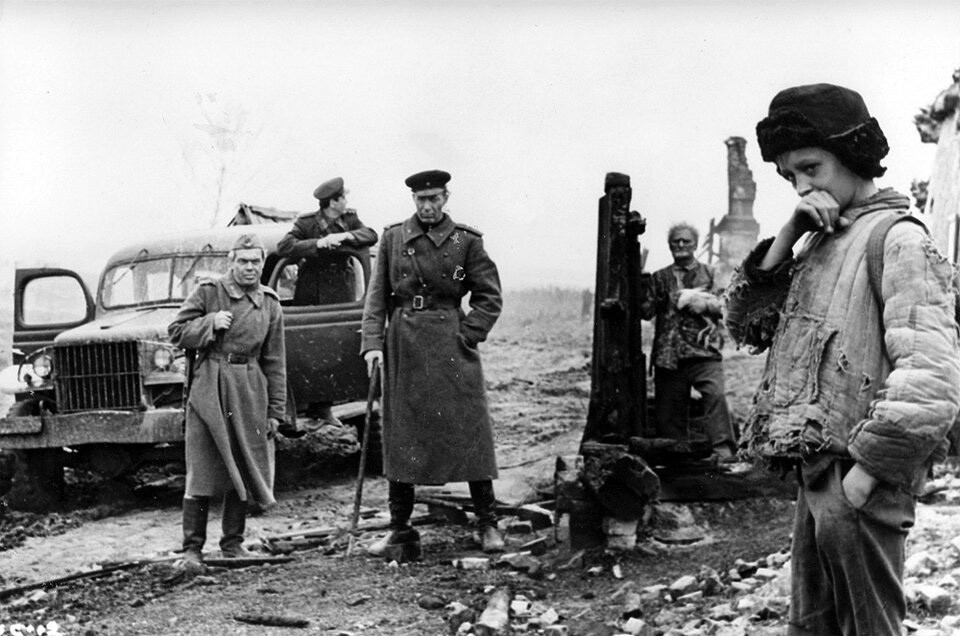 Abundant in subtlety and nuance, Andrei Tarkovsky’s debut is a movie within a movie, juxtaposing the heart-wrenching moments of war and the peaceful life before the war.

The story follows a boy who has lost his mother, sister and father in the war. Desperate for revenge, 12-year-old Ivan (played by Nikolai Burlyaev, the future star of ‘Andrei Rublev’) literally becomes a child of war when he voluntarily joins a group of partisans and risks his life carrying out his dangerous reconnaissance missions for the Soviet Army. Shot in black and white and awash with mind-blowing dream sequences and haunting flashbacks, ‘Ivan’s Childhood’ shows a more catastrophic side of WWII, through a child’s eyes. Ivan’s surreal dreams, like unanswered prayers, become the only bridge connecting the boy with his distant, happy past.

Tarkovsky’s masterpiece won the Golden Lion at the Venice Film Festival and the Golden Gate Award at the San Francisco International Film Festival. ‘Ivan’s Childhood’ moved Ingmar Bergman and Krzysztof Kieslowski, while towering French philosopher Jean-Paul Sartre even wrote an essay about it. Tarkovsky, in contrast, didn’t like his own film, saying that ‘Ivan’s Childhood’ was only dear to him as his “first independent work”. 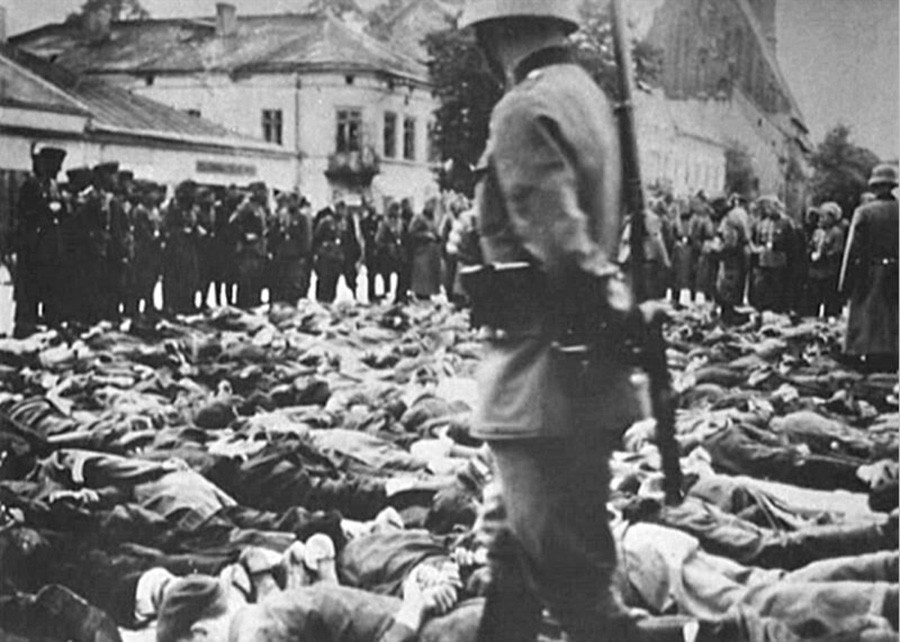 This is the first Soviet documentary to spell out death, violence and torture. ‘Triumph over Violence’ is first and foremost an in-depth chronicle of the horrors and origins of fascism, not a classic story of good versus evil.

Acclaimed director Mikhail Romm dropped a bombshell when he exposed the Soviet Union’s totalitarian system and the crimes of Nazi Germany during World War II in his documentary film, drawing parallels between the two deadly evils.

‘Triumph over violence’ (entitled ‘Obyknovenny faschizm’ in Russian) was narrated by Romm and co-written by Maya Turovskaya and Yuri Khanyutin. Unlike his peers, glorifying the USSR’s heroic war experience, Romm chose to push back the boundaries of human despair with his deeply disturbing film.

The documentary, awash with lurid imagery, drawn from the Nazi archives as well as Hitler’s personal archive, is a tough look at violence. The Nazi Holocaust claimed the lives of six million Jews and Romm used all visual means out there, from music to archival footage, to track down the origins of tyranny and decline. 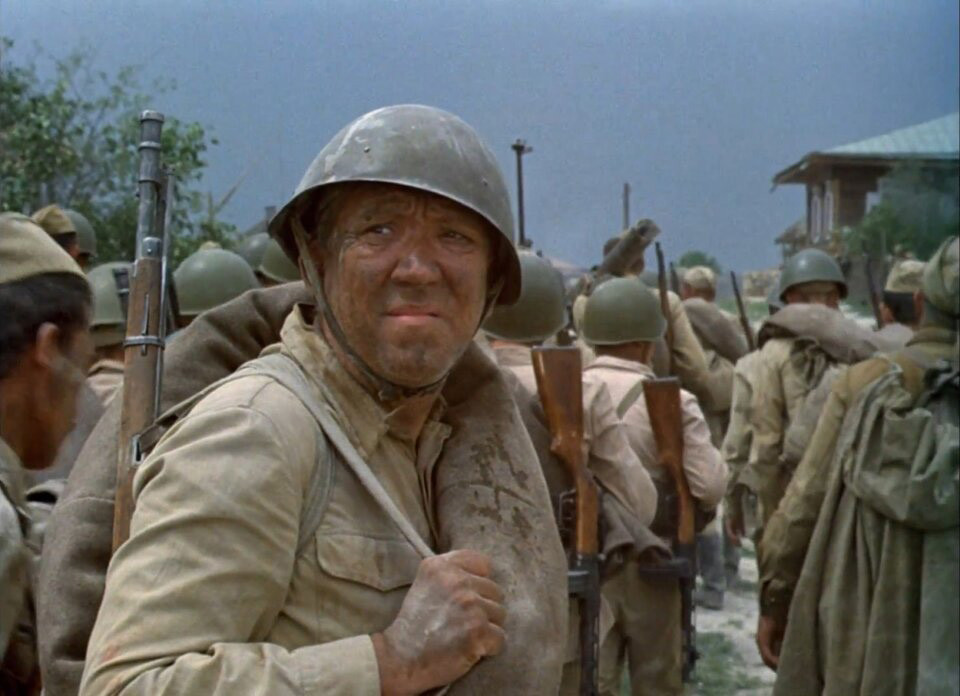 Sergei Bondarchuk’s epic movie stands out, not only for its stunning artistic quality and visual style, but, first and foremost, because of its eerie authenticity.

A war movie with a capital ‘W’, it has it all: blood, sweat, emotion and even foul language (unheard of in Soviet cinema before). That’s the thing about great cinema – it opens up new horizons. Based on the novel of the same name by winner of the Nobel prize in literature Mikhail Sholokhov, Bondarchuk’s movie depicted the complexity of people and the simplicity of friendship, the bitterness of war and power of wit and humor, the unquenchable thirst for life and the fear of death. It’s probably the first honest movie about WWII, made from the point of view of those who actually took part in it.

July 1942. Exhausted Soviet soldiers are waging fierce battles, suffering huge losses on the outskirts of Stalingrad. The plot focuses on ordinary soldiers, their friendships, love for their motherland and the price of victory.

Sergei Bondarchuk, the man also behind ‘War and Peace’, shot his movie to mark 30 years since victory over the Nazis and most of the actors who starred in the movie (including Yuri Nikulin and Sergei Bondarchuk) were former frontline soldiers themselves. This gave the movie an authentic edge that touched the heart even more.

The Soviet Union made the biggest sacrifices in defeating the Nazis. The victory came at a heavy price. At least 27 million died during the war. But, between 1947 and 1964, the costs and consequences of the ‘Great Patriotic War’ were not publicly discussed in the USSR. Millions did not live to see the victory over Nazism. They didn’t even realize that their death was an extraordinary feat of endurance, courage and stamina. ‘They Fought for their Country’ helped a lot of people better understand how big a sacrifice this was.