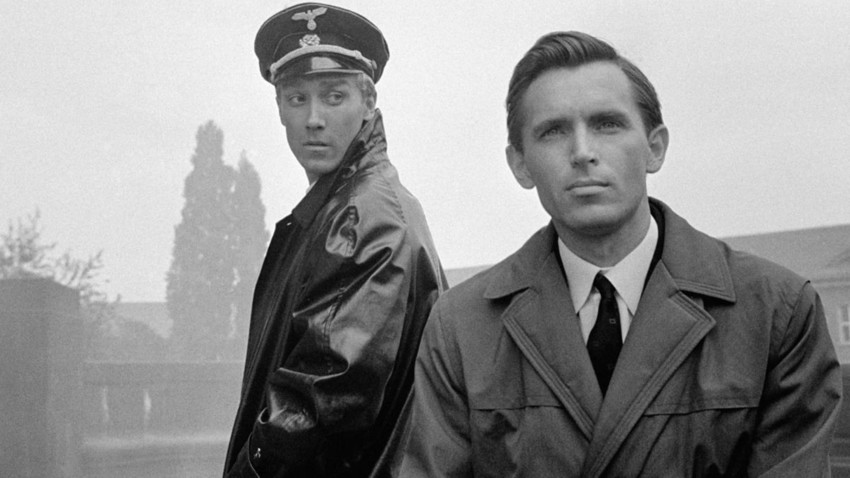 Vladimir Basov/Моsfilm,1968
Decades before ‘Homeland’ and ‘The Spy’ took the world by storm, the Soviet Union had already produced a handful of TV spy series that pushed the boundaries of film even further. It soon became clear that although the best TV series took time to develop, their quality and artistic value were never in doubt.

On one level, this suspense thriller is about unparalleled Soviet intelligence operations during the final months of WWII. But on another level, the spy saga works as an action-packed historical drama about enemies and oppressors, compromise and sacrifice, love and loyalty.

Set in Spring 1945, it revolves around a Soviet mole named Maxim Isaev, operating as Max Otto von Stierlitz in the highest ranks of the Nazi security and intelligence agency, right under the nose of Hitler’s top aides, including the chief of the Gestapo Heinrich Muller, the head of foreign intelligence Walter Schellenberg and Hitler’s right-hand man, Martin Bormann. As the USSR’s secret weapon, Stierlitz walks a tightrope with flat-out coolness and risks being exposed at any given moment.

It is an intense psychological conundrum, easy enough to grind into a television melodrama, but the movie director, Tatyana Lioznova, makes it forthright by conveying a dignity that leaves no room for pretentiousness and moral ostentation. What we see on screen is not a photogenic fight of good versus evil, with its infernal overtones, but the everyday face of fascism, something that German-born political philosopher Hannah Arendt once called the “banality of evil”.

Paradoxically enough, Lioznova’s 14-hour directorial tour de force gives viewers more insight into the Nazi period than any documentary has. ‘Seventeen Moments of Spring’ took three years to shoot, with around 300 actors involved. The director infused her 12-part series, based on Julian Semenov’s detective novel of the same name, with a lot of historical footage, aimed at keeping it real.

In the pursuit of historical truth, Lioznova directed her magnum opus using the principle of zooming in and out, rising above the historical events and at the same time observing them from the inside. It is Lioznova’s unequalled ability to capture the essence of human life and history that helped her create a movie where fictional characters live in harmony with real-life personalities.

‘Seventeen Moments of Spring’ hit TVs in 1973 and immediately became a massive success. People would rush to get home from work to watch the next episode. Eighty million watched each part of the spy saga every night, with Stierlitz (portrayed by Vyacheslav Tikhonov) becoming the subject of cult and gossip in the Soviet Union.

In the 1960s, the time for psychological spy thrillers had truly arrived, with ‘The Shield and the Sword’ going down in history as one of the best TV shows created in the Soviet Union. This conspiracy thriller is devoid of large-scale battle scenes and special effects. It’s a totally different story. The show has a somewhat nostalgic, but powerful message of duty and is about all those who are ready to sacrifice their lives for the sake of peace and security.

The spy drama is set in 1940 in Nazi Germany and follows Aleksandr Belov (portrayed by Stanislav Lyubshin), a Soviet spy operating under the name of Johann Weiss. His impeccable command of German and emotional maturity allows him to infiltrate the SS and get hold of top secrets about the Nazi war plans. It features brilliant dialogue, while the plot makes you sit on the edge of your seat.

The four-part series, directed by Vladimir Basov (who took part in WWII himself and was wounded in action) was mainly filmed in Kaliningrad, Berlin and Krakow.

The lead character of the show was based on the true story of legendary Soviet intelligence officer Aleksandr Svyatogorov. Full of suspense, tension and realism, the series was a huge success in the Soviet Union when it hit TVs in August 1968.

The mini-series counts President Vladimir Putin among its fans. The indefatigable Russian leader has repeatedly said that it was after watching ‘The Shield and the Sword’ that he decided to join the KGB and become an intelligence officer.

The five-part series is set in 1942 and focuses on the confrontation between Soviet intelligence officer Sergei Skorin and German major of the Abwehr (the Nazi high-command service for military espionage during World War II), Georg von Schlosser. Action takes place in Tallinn, then in parts of Estonian SSR (the series is based on a wealth of documentary material about the work of Soviet intelligence in Tallinn.) 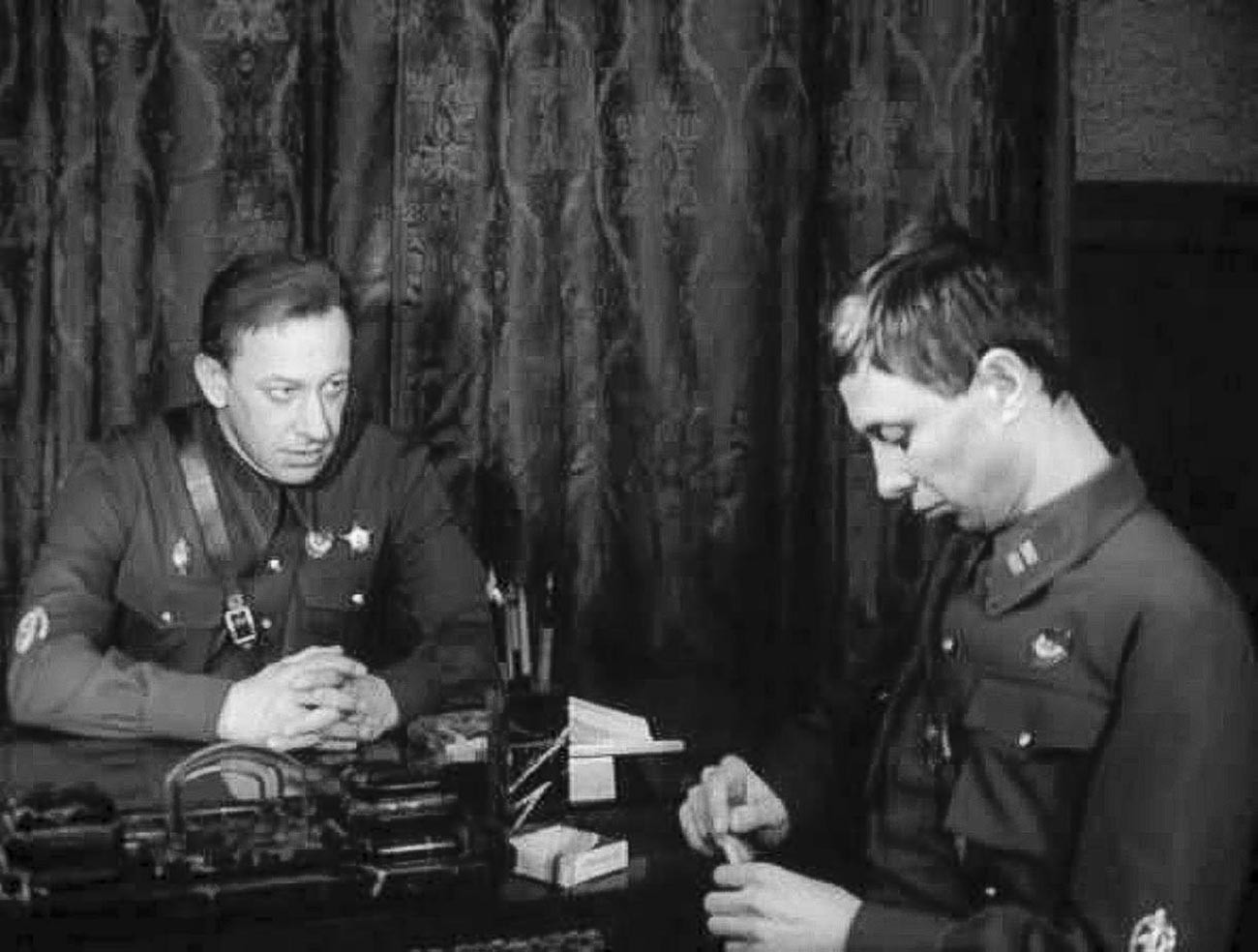 Von Schlosser is trying to break the Soviet spy to win him over, but Skorin (brilliantly portrayed by Oleg Dahl) has his own game to worry about. Their psychological duel becomes the main theme of the hit series.

Variant ‘Omega’ is a rare Soviet spy drama where the enemies are portrayed as sophisticated and worthy opponents, not as complete idiots to make silly little jokes about.

Based on a novel by Yulian Semyonov (who also wrote the script for ‘Seventeen Moments of Spring’), the three-part series is packed with unpredictable plot twists, cunning character studies and intrigue. 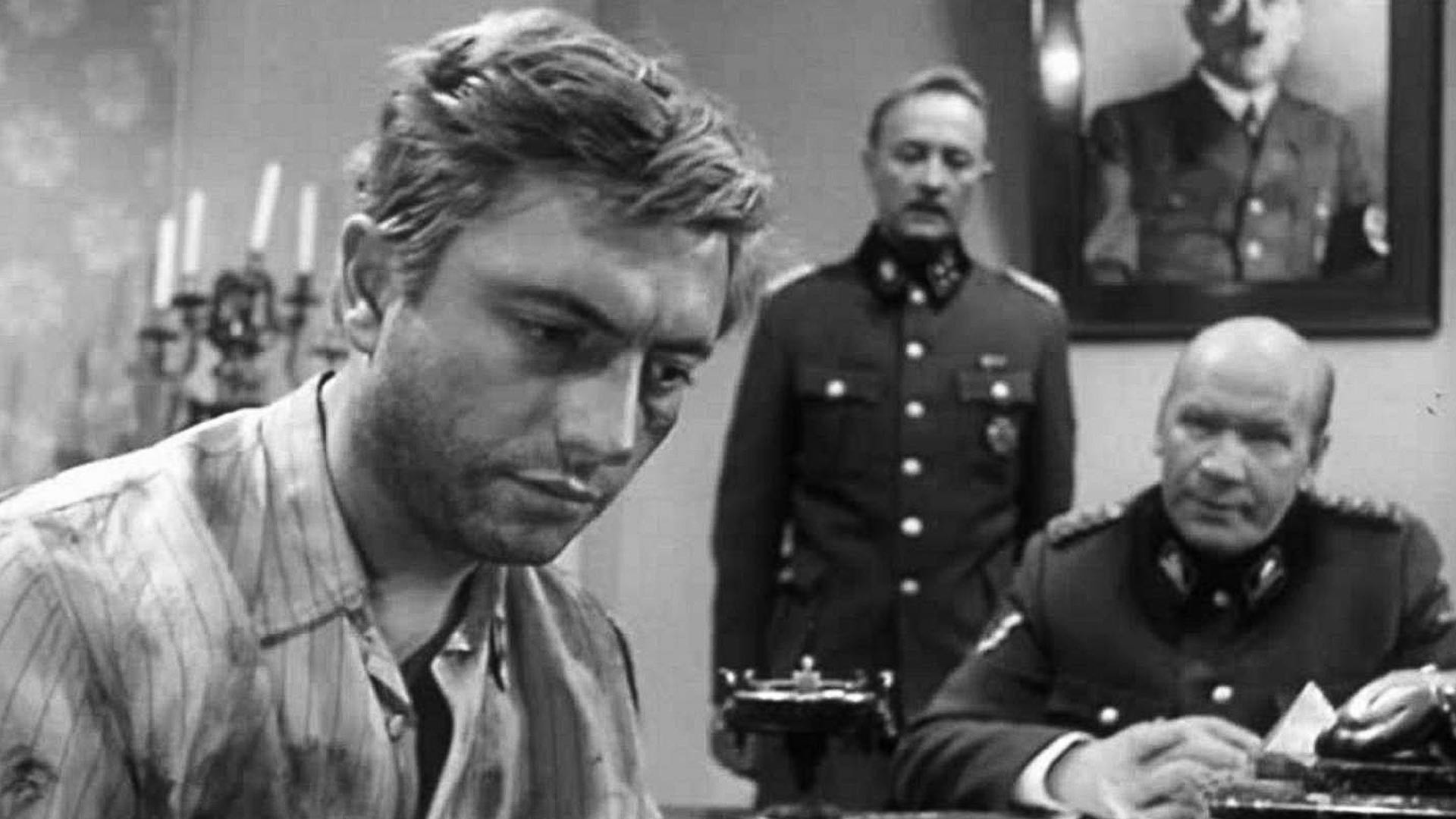 Back in 1963, the GRU (Russia’s military intelligence agency) declassified the Golos reconnaissance team, operating in Poland during WWII. Up-and-coming writer and journalist Yulian Semyonov saw the potential in the espionage story. After gaining access to the GRU archives, the writer came to the conclusion that it was worthy of a book.

1944, Nazi Germany. A decision on the fate of the largest centers of Slavic culture is made. Krakow is at the top of the list and is due to be wiped out. When time is running out and the lives of millions of people are at stake, there’s no other choice but to act without fear and emotion. Three Soviet officers (whose characters are based on real-life intel officers) have to do their best to foil the evil Nazi plan.

‘Major Whirlwind’ is a chilling spy extravaganza, which has all the strengths and allures of the genre.

Set in 1919, at the height of the Civil War, the series puts the spotlight on Captain Pavel Koltsov, working for the Soviet secret police. Taking advantage of the moment, Koltsov, who has been tasked with spying on the white Volunteer Army, is now posing as an adjutant to a chief commander, general Vladimir Kovalevsky (played by Vladislav Strzhelchik). 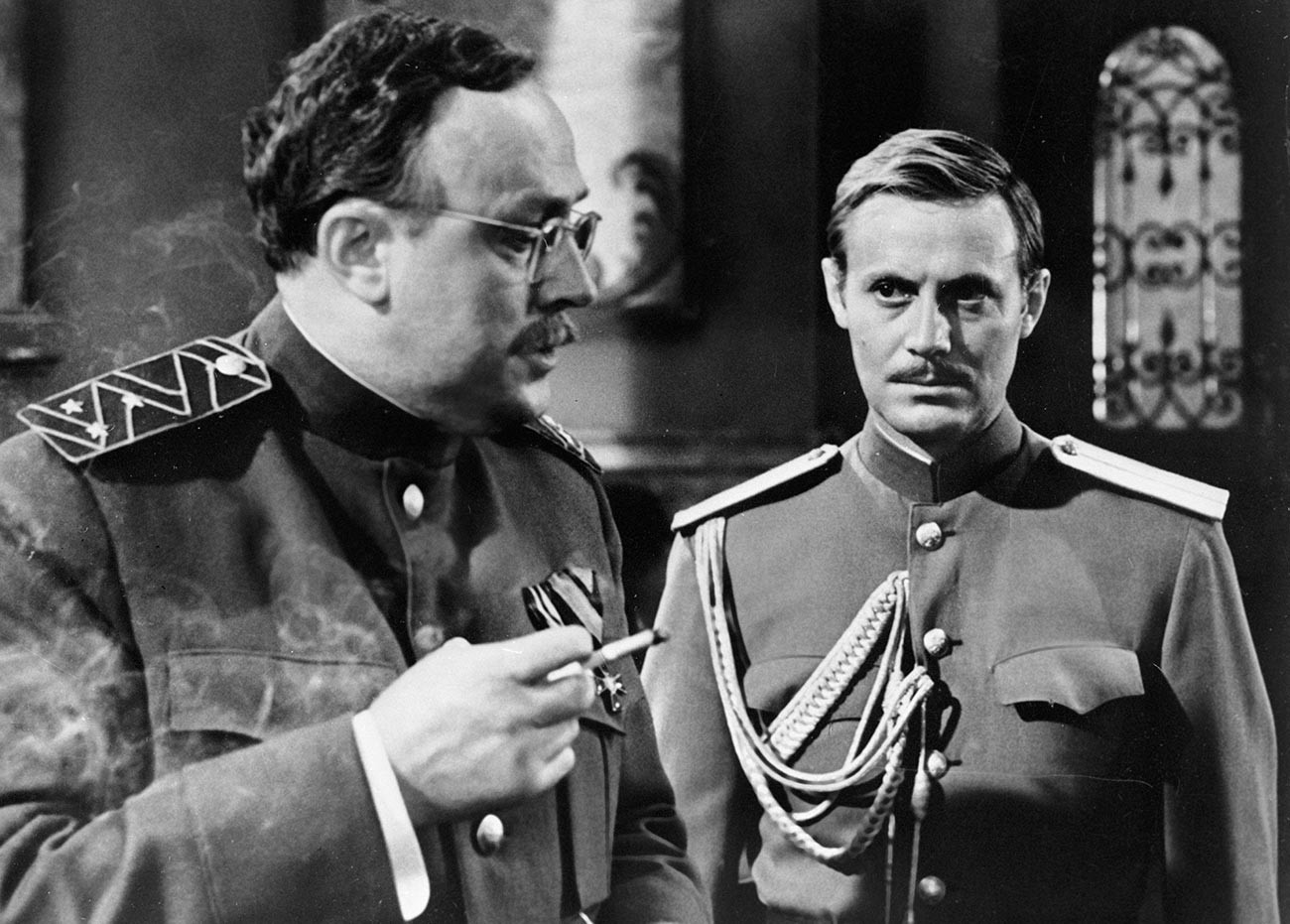 Based on real events, the movie not only pays homage to a series of the brilliantly performed Soviet intelligence operations, but also delves into the complex inner world of those who went through a troubled, tragic time.

The five-part series, directed by Yevgeny Tashkov, is a true masterpiece and it’s worth six hours of your life to watch it.