Top 5 Soviet movies that were shelved for years 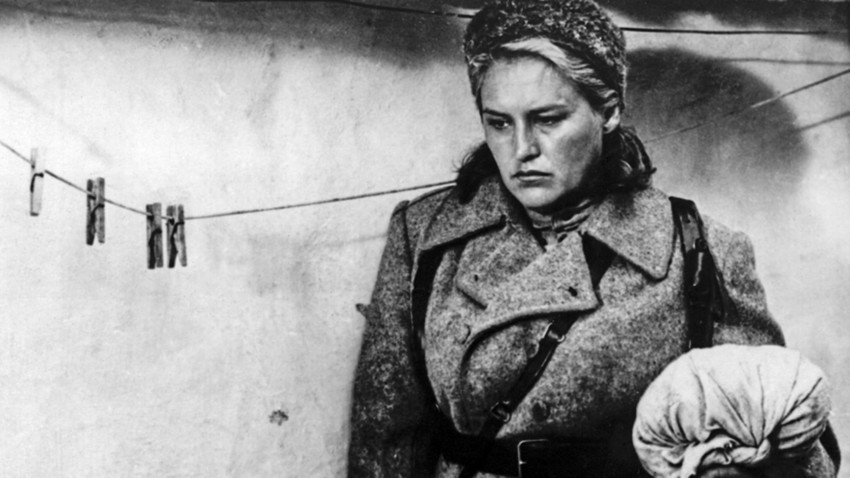 Aleksandr Askoldov/Gorky Film Studio, 1967
Some Soviet filmmakers had their unconventional movies kept on the shelf for decades. Censors had the privilege of withdrawing movies on ideological grounds, banning certain productions from being released, but mostly for fear they would “rock the boat”, jeopardizing the idea of building “the Radiant Future”.

We’ve chosen five Soviet movies that only hit the silver screen two decades after they were first made.

Asya Klyachina (portrayed by Iya Savina) is a crippled cook on a collective farm in the middle of nowhere. She is in love with Stepan, a featherbrained, irresponsible and narcissistic driver who doesn’t care about her. What’s worse, Asya is pregnant and naively expects Stepan to be a gentleman and propose to her. But Stepan treats Asya like a doormat, claims the baby is not his and suggests that Asya marry someone else. 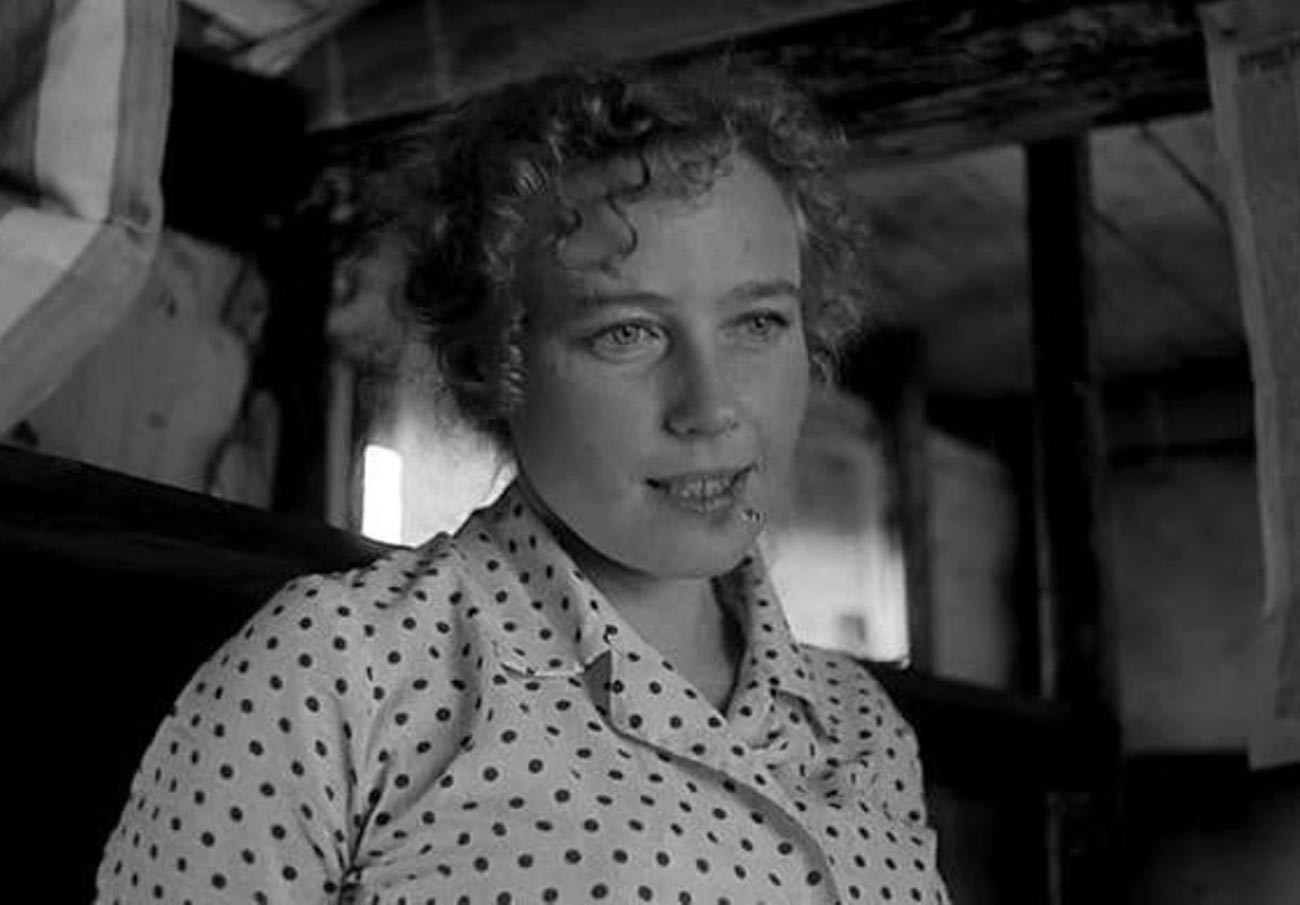 In fact, the poor woman has a suitor from the city, who returns back to his collective farm to ask Asya for her hand in marriage. But love is blind, as the old saying goes, and Asya falls for someone completely out of reach for her.

Andrei Konchalovsky’s drama was originally entitled ‘The Story of Asya Klyachina, Who Loved a Man, but Did Not Marry Him Because She Was Proud’. The title says it all.

Shot in black and white in 1967, Konchalovsky’s masterpiece was shelved for two decades. The original version of the movie only saw the light of day in 1987. Apparently, Soviet censors found the movie too good to be true; in other words, morally wrong. Apparently, the heroine of a Soviet movie about perfectly decent life on the collective farm couldn’t be crippled, pregnant and unmarried all at the same time!

The problem was, Konchalovsky directed his movie in a documentary style. He wanted to show daily of rural Soviet life with all its imperfections, suffering and hard work. Indeed, there was a lot of authenticity on the screen, because filming took place in a real Soviet village.

In a risky move, the director opted for a cast consisting mainly of non-professionals - local villagers. In some episodes, minor characters of the movie recall their real-life stories about the gulag camps, WWII and some traumatizing post war experiences.

‘Asya’s Happiness’ may be the most realistic and moving portrayal of life on the Soviet collective farm ever captured on film.

The movie is set in the 1920s and puts a spotlight on Klavdia Vavilova, a heavily pregnant Red Army commissar, who is forced to take a break from the frontlines of the civil war between the Red and White Armies. Klavdia (played by Nonna Mordyukova) is the epitome of strength and loyalty, a classic Russian woman who can “stop a galloping horse and enter a burning house”. 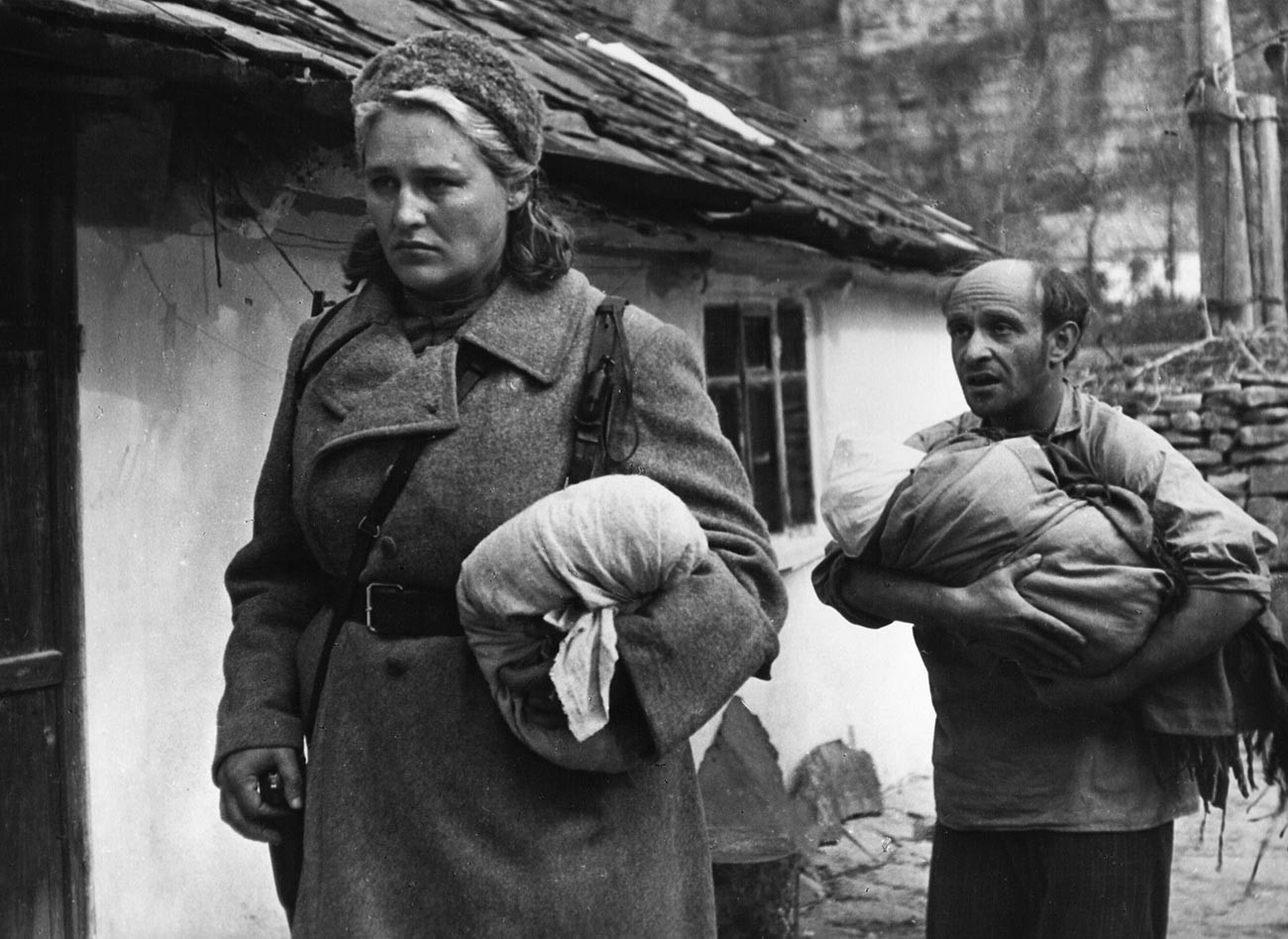 Klavdia can’t wait to be back on her horse and join her comrades, but her commanding officer (played by Vasily Shukshin) tells her to stay with a poor Jewish family until she gives birth. Yefim Magazinnik (played by Rolan Bykov), his wife Maria and their six children live in constant fear of pogrom and persecution. While Klavdia is deciding what she really wants to be, a soldier or a mother, Yefim and his wife show her the most generous and philosophical side of humanity imaginable.

‘The Commissar’ is not only about the “life and fate” of a woman at war, but also about chauvinism, kindness and sacrifice.

The movie was shelved for more than 20 years, because it was based on Vasily Grossman’s short novel and touched the then taboo issue of anti-Semitism. This was enough to get the movie shelved.

Set to the music by Alfred Schnittke, ‘The Commissar’ became the first and last movie directed by Aleksandr Askoldov. In 1967, ‘The Commissar’ was deemed offensive to Soviet communist values and ideologically hostile, with Askoldov fired from the Gorky film studio and officially classified as “unfit for work”. The movie was subject to destruction, but the director secretly “smuggled” a copy of his movie out of the editing room.

In 1986, on the initiative of Elem Klimov (the director of ‘Come and See’), a special commission was appointed to review movies banned by Soviet censorship. ‘The Commissar’ was at the top of the list, however officials from the State Cinema Committee still didn’t want to release the movie.

Things finally came together the following year, during the Moscow International Film Festival. Askoldov decided to take matters into his own hands and told Vanessa Redgrave and Robert De Niro (who attended the festival in 1987) about his banned movie. This worked, and ‘The Commissar’ was finally released in the USSR. It made waves overseas, winning four awards at the Berlin International Film Festival, including the coveted Silver Lion.

The movie starring iconic actor and singer Vladimir Vysotsky is set in the wake of the 1917 Bolshevik Revolution, when Russia was ripped and torn by the Civil War. 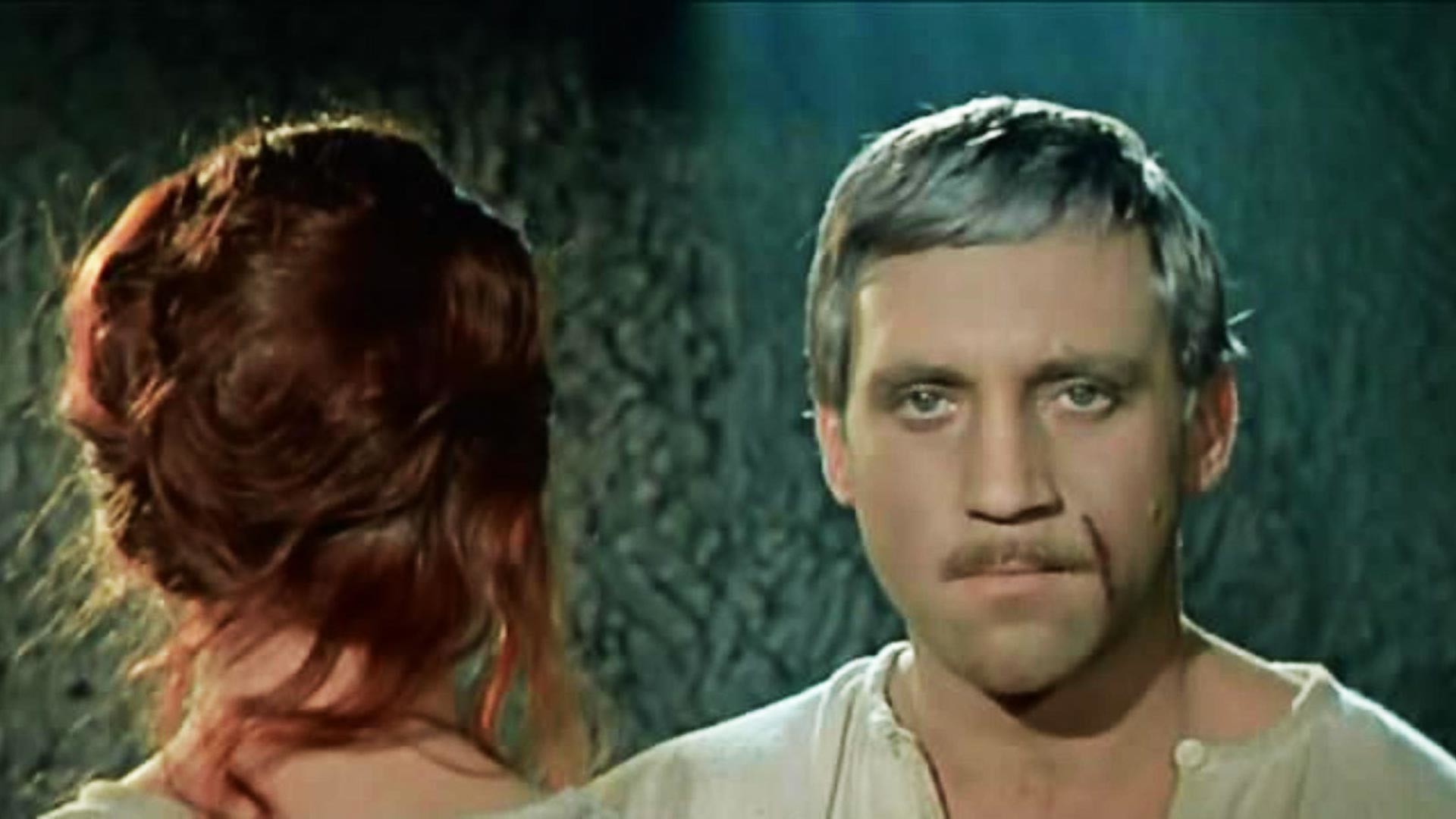 Despite the seriousness of the topic, Gennady Poloka’s movie (based on Lev Slavin’s famous play) is a cross between a phantasmagoria, a buffoonery and a musical. Packed with plot twists and intense action, the movie is a potpourri of everything, including genres, dance, comedy, jokes and music (famous musician Vladimir Vysotsky wrote almost all songs for the soundtrack).

READ MORE: 5 Vysotsky songs that you need to know to be accepted by Russians

As strange as it might sound, but this mix of comedy, tragedy and farce helped the director show how absurd and even insane the Civil War actually was. In 1967, such frivolity was still unheard of, however. Gennady Poloka was initially commissioned to create a realistic movie celebrating the 50th anniversary of the October Revolution, not a movie mocking revolutionary values.

In 1968, Chairman of the State Committee for Cinematography Aleksey Romanov banned the movie from being shown. Trying to save the movie, some members of the cast (presumably Vladimir Vysotsky or Valery Zolotukhin) wrote a letter addressed to Soviet leader Leonid Brezhnev. The letter received no reply, however.

‘The Intervention’ was released only in 1987. By that time, the style of Soviet cinema had changed dramatically and Poloka’s movie no longer looked crisp and bold, but somewhat outdated.

Ivan Sergeevich Travkin (played by the king of Soviet comedy, Yevgeny Leonov) is a senior technologist at a soft drink factory. Travkin lives quietly with his family in a provincial town and has a reputation as a hard worker. One day, Ivan wakes up with a toothache and visits a dentist who discovers that Travkin actually has… 33 teeth!It is the first such case in medical science! 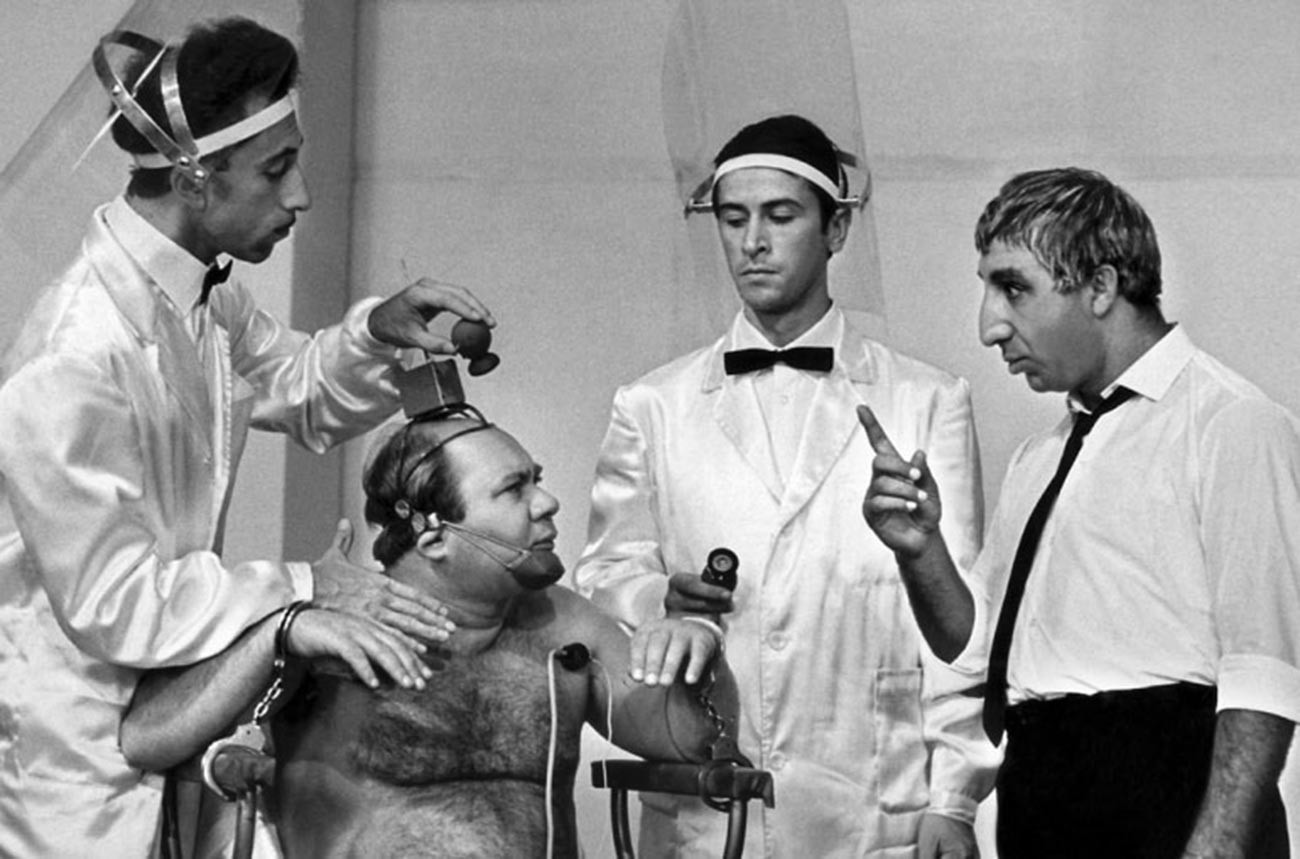 The poor man is fired with questions, journalists want to interview him. His fame takes a sudden jump – Ivan goes to Moscow and instantly becomes a celebrity. The poor man almost ends up at a home for the insane after claiming to have met creatures from outer space... While Ivan suffers from a strong toothache, Soviet doctors don’t dare touch his unique thirty-third tooth. The situation could have ended in tragedy, had Ivan not encountered one experienced dentist.

Believe it or not, Georgy Danelia’s comedy caused a great furor over one mundane episode. The episode featured a motorcade of luxury Chaika (Seagull) cars accompanied by an escort of motorcyclists. The then secretary of the Central Committee for ideology Mikhail Suslov reportedly regarded this scene as a “slander on our socialist reality”, demanding to remove it. The movie was perceived as disrespectful to Soviet cosmonauts.

But Georgy Danelia, the man also behind ‘Walking the Streets of Moscow’, refused to cut out the original frames and the comedy was withdrawn from wide distribution two weeks after its premiere. The film remained on the shelf for a quarter of a century.

The plot is based on Fyodor Dostoevsky’s story of the same name, which, in other words, means don’t expect an easy ride. In a literary work created in 1862, the writer ridicules the idealism that emerged in Russia after the abolition of serfdom (which happened in 1861). 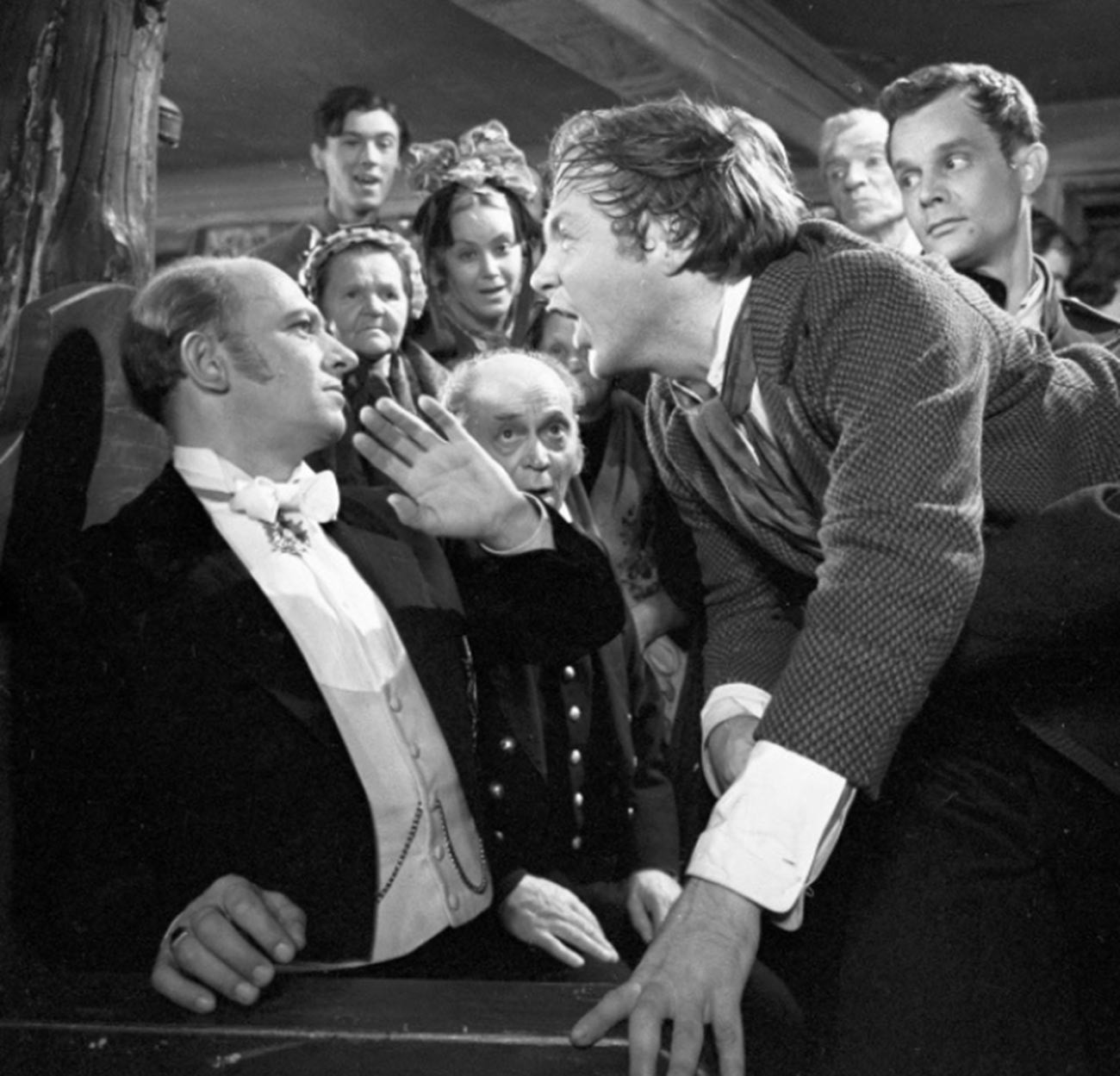 The movie focuses on state councilor Ivan Ilyich Pralinsky (played by Yevgeny Yevstigneev) who, on the spur of the moment, decides to show his subordinate, Porfiry Pseldonimov his best side. As Pralinsky walks home one winter evening, he goes past Pseldonimov’s house. It turns out Porfiry is actually having a wedding. Full of noble intentions, Pralinsky, the boss, decides to personally congratulate his young subordinate. The unexpected appearance of the high-profile guest takes all others unawares. The situation grows more and more awkward. The groom is on the verge of insanity, guessing what price he would have to pay for this generous visit. As a result, Ivan Ilyich, hoping that his liberal populism would arouse general admiration, gets drunk and falls asleep in the newlyweds’ bed.

‘The Ugly Story’ depicts the mores of Russian officials in an extremely sarcastic manner. Willingly or unwillingly, the movie drew parallels with the Soviet bureaucratic system. Sadly, as with most farce, the fate of the movie, directed by Aleksandr Alov and Vladimir Naumov, became reflected in its title, as for Soviet censors the movie turned out to be “a bad joke” indeed. ‘The Ugly Story’ is not just about a particular situation, but rather about the state of the widening distance between different social classes and tensions between subordinates and superiors.

The film was shelved for 20 years and was released only in late 1987.