Top 3 Jewish writers who clashed with the Soviet system 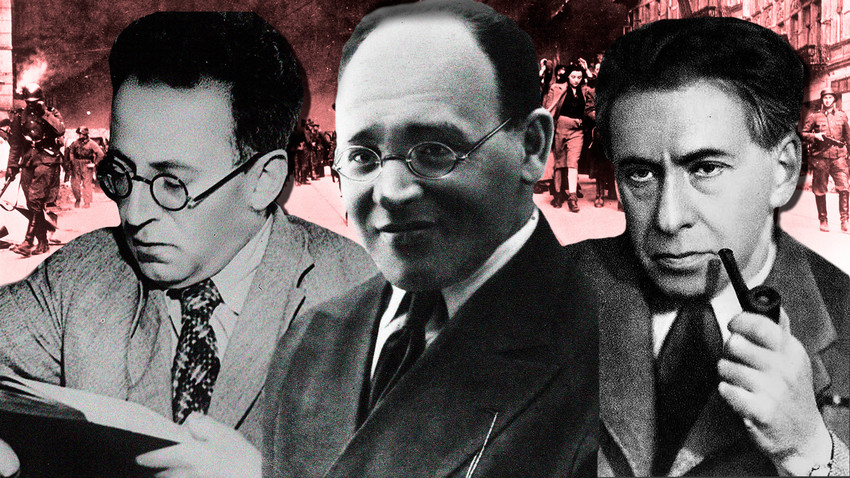 Great Russian poet Anna Akhmatova once recalled that in her everyday life, her circle of friends didn’t know who was a Jew and who wasn’t. It just didn’t feel right to ask. Jewish authors were harshly persecuted by Stalin and had to go through hell before being officially recognized as part of the Russian culture decades later.

Ernest Hemingway said he liked Babel’s stories “very much”. He wasn’t the only one. “Babel wrote about Jews with a brisk, at times scornful knowingness,” American novelist John Updike wrote, describing his knockout style. That’s probably because, most of the time, Babel was between a rock and a hard place, trying to stay close to his Jewish roots without getting too tied. 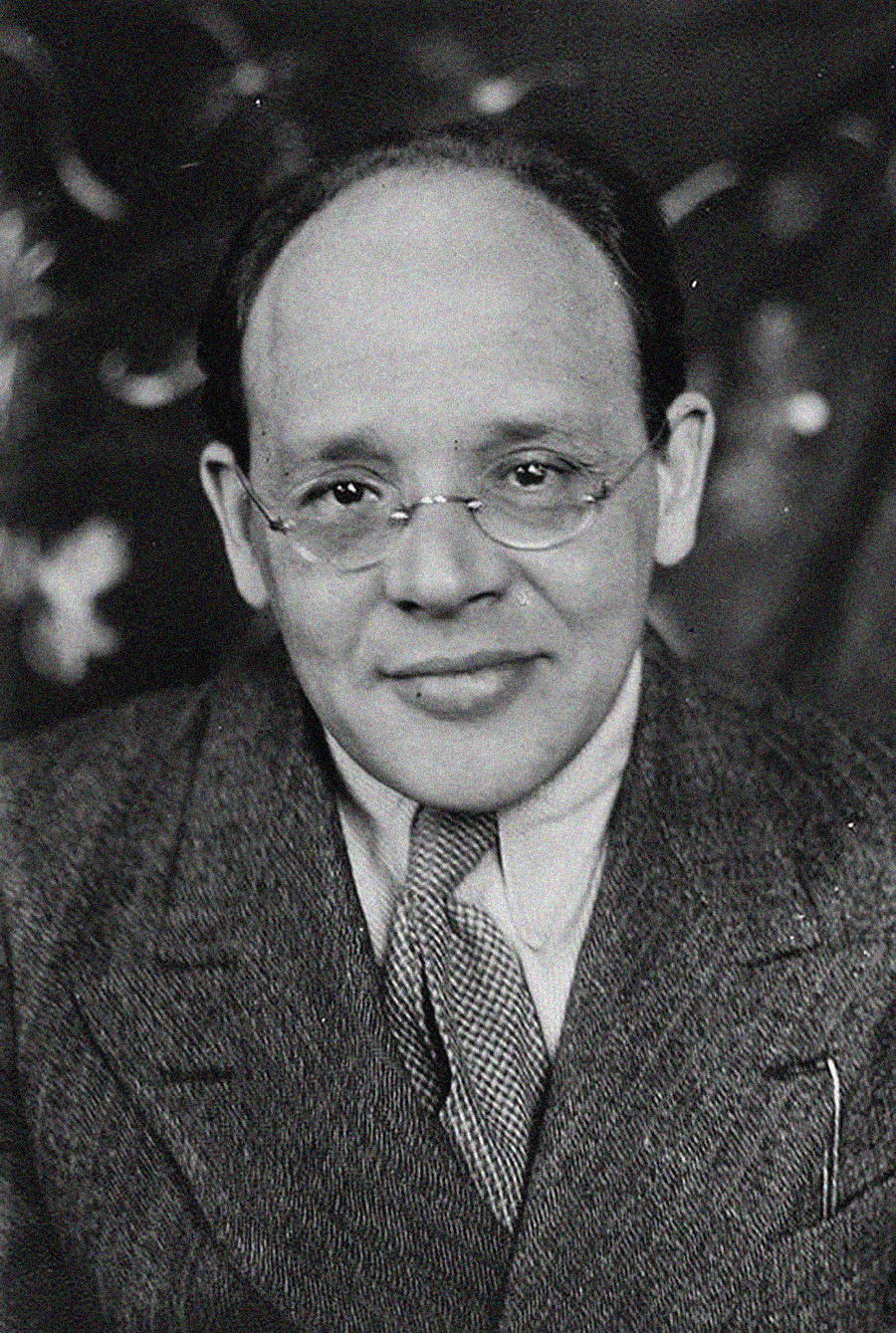 As a child, Babel (born Bobel) survived the pogrom of 1905 in Odessa, while his grandfather was slain. “I didn’t choose my nationality,” Babel remarked, as quoted by Soviet writer Konstantin Paustovsky. “I am a Jew. At times, I feel like I can understand everything. But one thing I will never come to understand is the reason behind that plain meanness, which is so boringly called anti-Semitism."

At the age of six, Odessan boy Babel spoke Biblical Hebrew better than Russian. He also had a good command of the French language (he adored Flaubert and Mauppasant) and began to write in Russian around the age of 13. “I succeeded only in dialogue,” Babel joked, glasses on the tip of his nose.

He welcomed the 1917 Revolution with a mixture of hope and wariness. Alas, the persecution of Jews did not stop after the revolution. On the contrary, things changed for the worse. Judaism was outlawed, synagogues were demolished, with anti-Semitism alive and kicking.

The looming death of the Jewish culture and Judaism was the main theme of Babel’s famous collection of stories, entitled ‘Red Calvary’. Soviet literary critic Viktor Shklovsky aptly noted that Babel “saw Russia the way only a French writer attached to Napoleon’s Army could see”.

When Vasily Budyonny’s notorious cavalry was at war with the Polish army, both sides staged pogroms, robbing, raping and killing the Jewish population of Galicia, just like the Cossacks had done before them. As always, Babel’s descriptions are precise and disarming.

His famous Odessa tales about the “glorious” Jewish gangsters and their Benya Krik leader inspired a generation of Jewish American authors, including Bernard Malamud, Saul Bellow and Philip Roth. 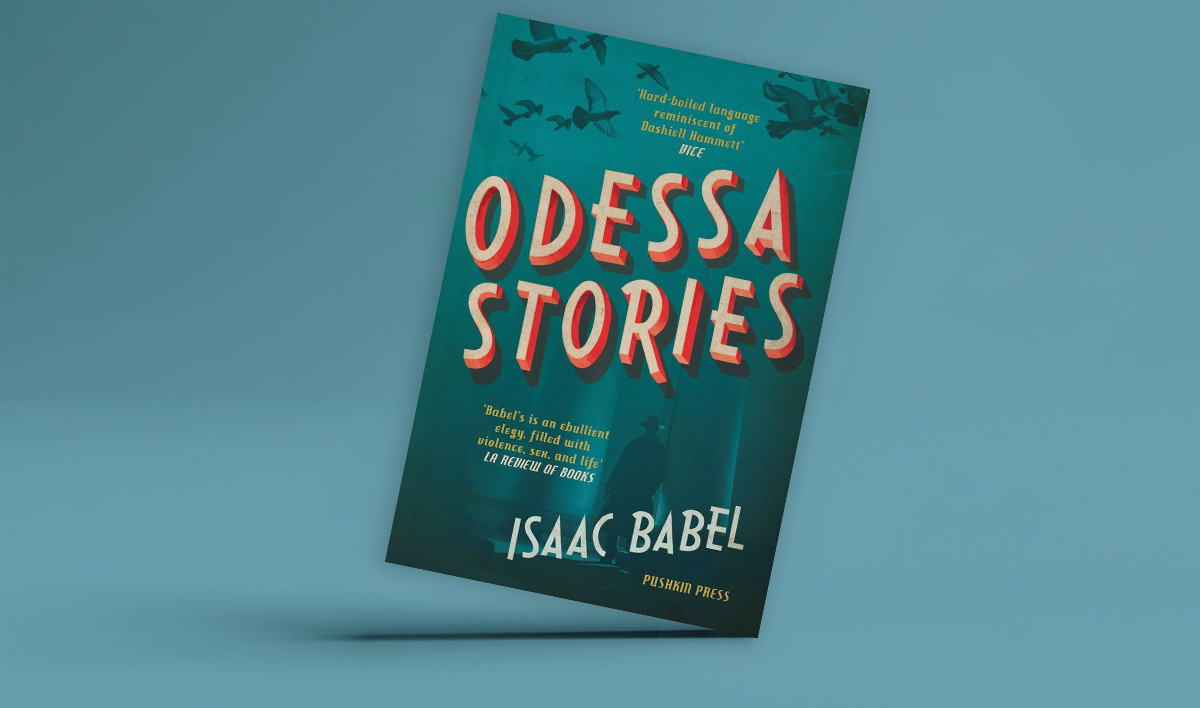 Babel began working on his Odessa stories in 1920.

Babel was a master storyteller. In his punchy, brisk and heartfelt tales, the Odessan Jew depicted human cruelty in full detail, sparing the reader very little with his blood-curdling snappy stories.

His own life ended as cruelly and brutally, as often his laconic short stories. He was arrested and executed in a Moscow prison. The novelist was only 45. His entire archive (manuscripts of unfinished works, plays, notes, letters, photographs) were confiscated and destroyed.

“I love Spain, Italy, France, but all my years are inseparable from Russian life. I have never concealed my origin. There were times when I seldom thought about it and others, when I said wherever I could: I am a Jew, for in my book, solidarity with the persecuted is the first principle of humanitarianism,” Ehrenburg wrote in his memoirs People, Years, Life. But his words didn’t always match his actions, with critics accusing Ehrenburg of lack of Jewish self-awareness. 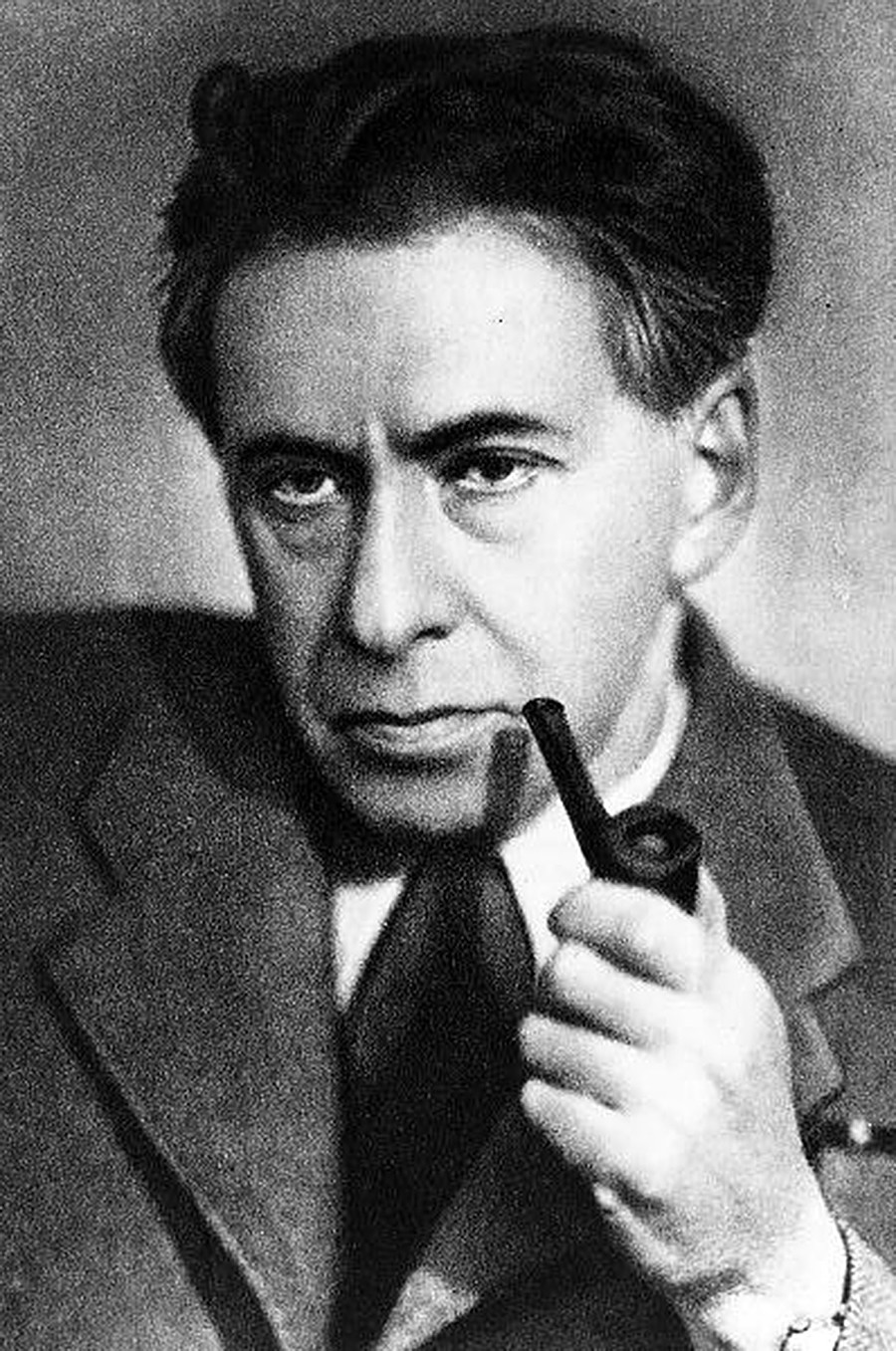 The author of ‘Prayer for Russia’ Ilya Ehrenburg.

Despite Ehrenburg’s trademark high-flown rhetoric (he spent his youth in Paris, where he was friends with Pablo Picasso, Paul Eluard and Louis Aragon), he was a controversial figure on Soviet literary scene. He invented the Soviet picaresque novel of the 1920-1930s and began to saturate satirical prose with biblical allusions. One of the chapters of his best-known novel titled ‘The Extraordinary Adventures of Julio Jurenito’ was entirely devoted to the future of the “Jewish tribe”.

In 1921, he predicted the Holocaust, saying that “in the foreseeable future” there would be the “solemn elimination of the Jewish people in Budapest, Kiev, Algiers and many other places”. Ehrenburg himself managed to stay afloat riding high during Stalin’s anti-Semitic era, while his Jewish peers and friends Isaac Babel, Osip Mandelshtam and Solomon Mikhoels fell prey to the totalitarian regime and were executed.

The author of ‘Prayer for Russia’, a collection of anti-Bolshevik poems written immediately after the revolution, Ehrenburg eventually became a completely Soviet writer, who silently supported Stalinist propaganda and won the highest award of the time, the Stalin Prize, in 1942. 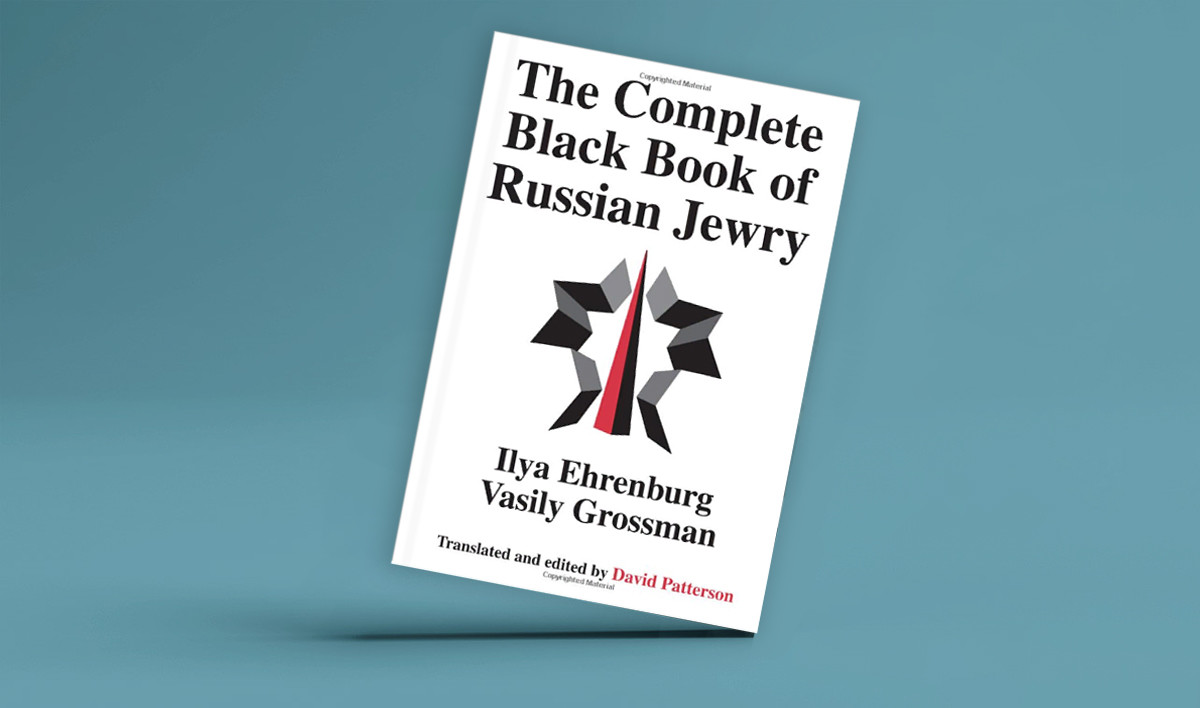 The Black Book of Soviet Jewry

And yet, Ehrenburg was not just another selfish opportunist. He did what he could when the moment was right. During World War II, Ehrenburg was a correspondent for the Soviet army’s Krasnaya Zvezda (Red Star) newspaper, maintaining national morale in the thick of the action. His articles were so popular that army commanders forbade soldiers to use old newspapers with Ehrenburg's publications for kindling or making hand-rolled cigarettes.

READ MORE: 5 facts about Ilya Ehrenburg who predicted Hiroshima, pissed off Nazis and gave a name to an era

Ehrenburg was also appointed to the Jewish Anti-Fascist Committee and collected heart-breaking testimonies of Soviet Jews who survived the Nazi occupation. Ehrenburh hated fascism like sin. He co-wrote, along with Vasily Grossman, ‘The Complete Black Book of Russian Jewry’, recording first-hand documentary accounts of the mass murder of Soviet Jews, including the massacres of Babi Yar. Stalin prohibited its publication in 1947 for one simple reason: it wasn’t allowed to single out the victims as Jews. The Black Book saw the light of day five decades later, in 1980.

In Grossman’s novels, the key, anti-fascist theme is closely intertwined with the struggle of Jews against Nazism and the tragedy of the Jewish people. 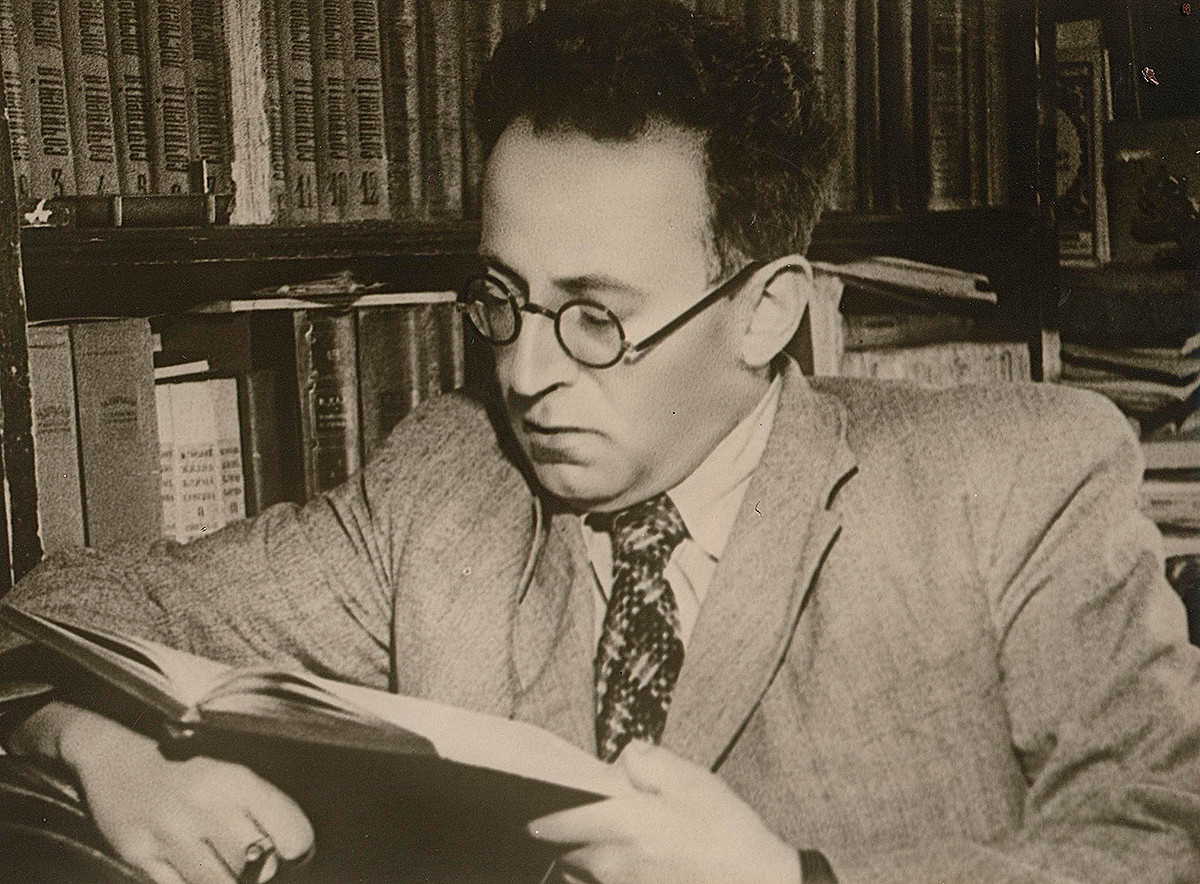 The man behind 'Life and Fate' Vasily Grossman.

Vasily (born Iosif) Grossman had been a war reporter during World War II and was among the first to unveil Nazi atrocities towards the Jews. He visited his native Ukrainian town of Berdichev, where his mother, a teacher of French, had been brutally killed under Nazi occupation.

His next, most powerful article, ‘The Hell of Treblinka’, was published in 1944 and was later used as evidence in the Nuremberg trials. The writer worked on it for a long time as an investigative journalist, collecting as much information as possible. It became the first article ever written about a Nazi camp, with Grossman describing the horrors of Hitler’s killing machine in occupied Poland in the most minute detail:“SS men examined the bodies, talking to one another as they did so. If anyone turned out to still be alive, if anyone groaned or stirred, they were finished off with a pistol shot. Then a team armed with dental pliers would extract all the platinum and gold teeth from the mouths of the murdered people waiting to be loaded onto the trolleys…” 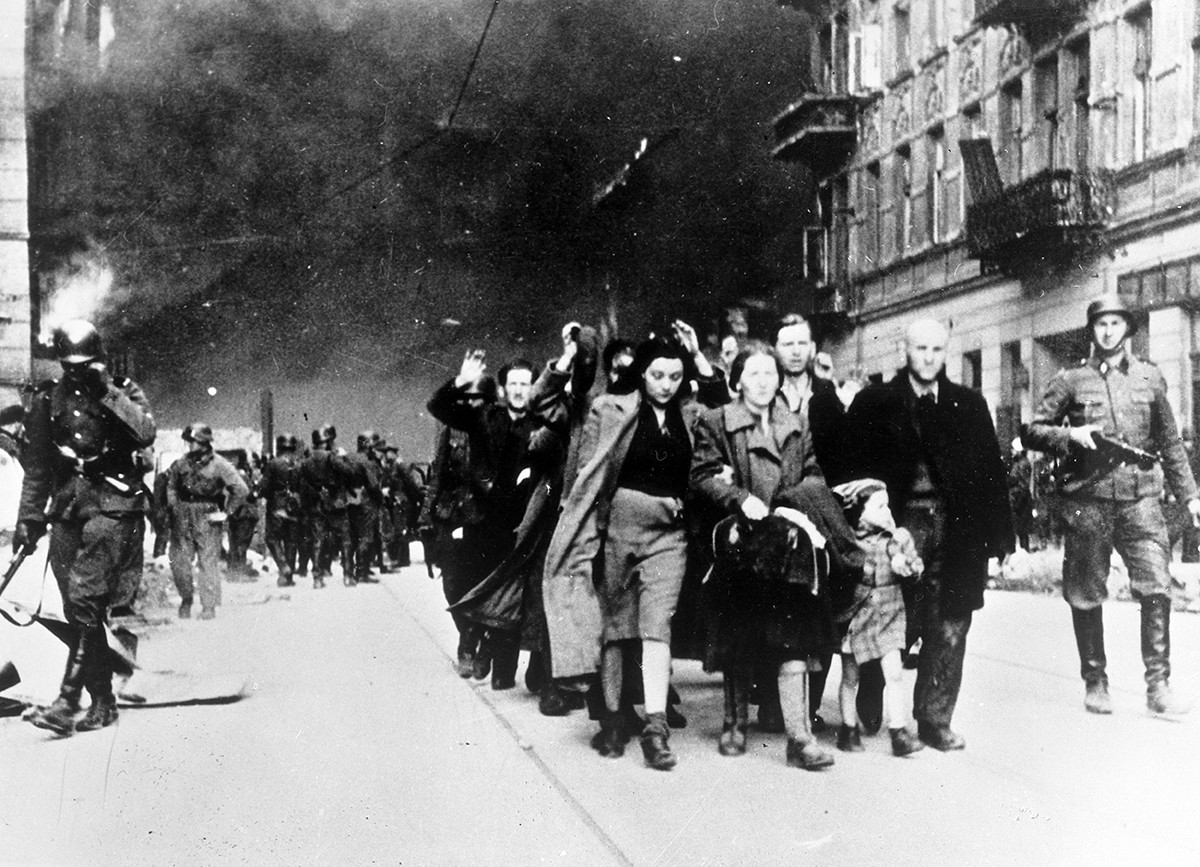 Later, Grossman went on to work with Ilya Ehrenburg on ’The Black Book of Soviet Jewry’, already mentioned above.

READ MORE: Vasily Grossman’s fate: From Stalingrad and Armenia to the West

Back in 1942, in the midst of the epic battle on the Volga, which stopped the German advance into the Soviet Union, Grossman conceived of a novel that was to be called ‘Stalingrad’. Not only did the writer witness the greatest battle with his own eyes, but also wrote a number of first-hand accounts about it.

In Stalingrad, Grossman allowed himself to get things off his chest, writing honestly about what he thought was wrong with the Soviet system. On top of it, the Jewish question ran like a sanguinary thread throughout the novel. Censors and critics called for revisions, instructing Grossman to minimize the presence of the Jewish physicist called Shtrum, mentioning Joseph Stalin more frequently, instead. In the long run, Stalingrad was published only in 1952. After its publication, the epic novel was slammed for being too Jewish, with sycophant Soviet novelist Mikhail Sholokhov describing it as a “spit in the face of the Russian people”.

Around that time, the so-called Doctors’ Plot started to gain momentum in Moscow. The anti-Semitic campaign accused a group of prominent Jewish doctors of conspiring to assassinate Stalin. All of a sudden, Vasily Grossman’s Stalingrad, with his central Jewish character Dr. Shtrum, found itself in hot water, in the wrong place at the wrong time.

Out of fear for his family’s safety, Grossman, alongside dozens of prominent Jewish figures, signed a statement allegedly exposing Zionism (the letter was of course Stalin’s idea.) Although, in the end, the letter was never published, Grossman never forgave himself and wrote about his cowardly act in his magnum opus, Life and Fate.

“Good men and bad men alike are capable of weakness. The difference is simply that a bad man will be proud all his life of one good deed - while an honest man is hardly aware of his good acts, but remembers a single sin for years on end,” he wrote. 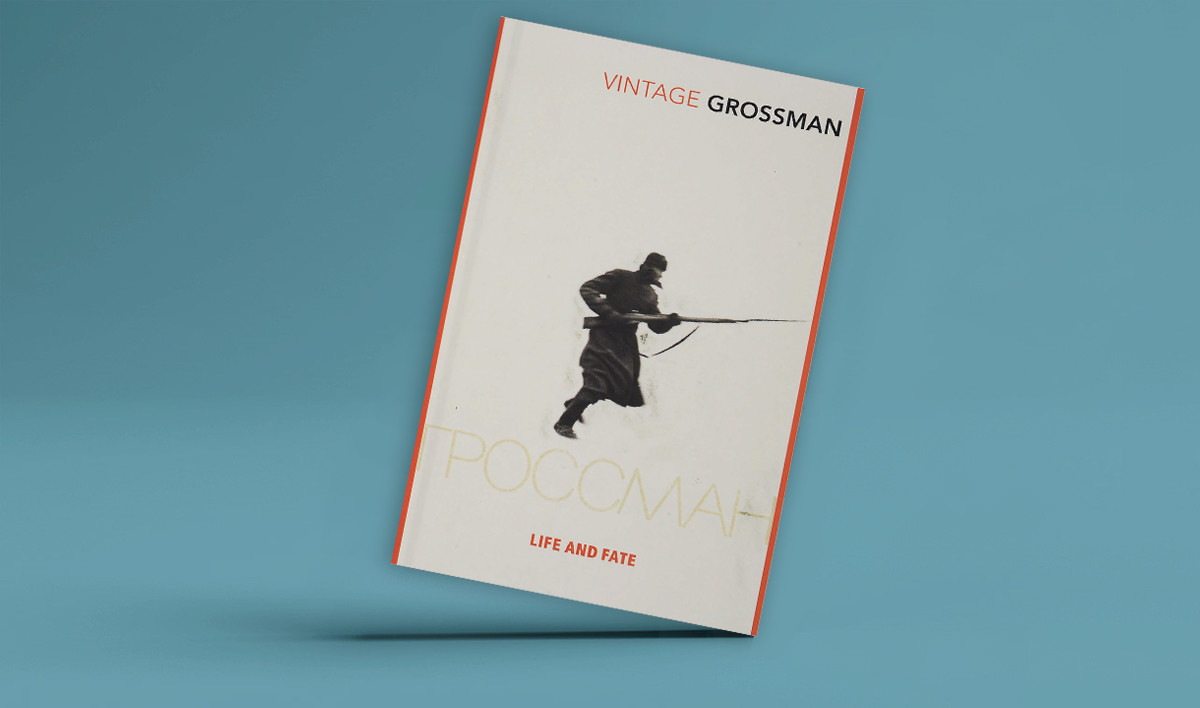 Grossman dedicated Life and Fate to his beloved mother. His masterpiece novel is about every aspect of freedom: freedom of thought, choice and action. Grossman put a lens on the fate of his characters, not so much in the Soviet context, but in the proper and much broader, historical context.

The book on the cruelty and injustice of the totalitarian system was a painful blow to Soviet authorities, with the chief ideologist of the Soviet Communist party Mikhail Suslov comparing it to “the atomic bombs that our enemies are preparing for us”. Although Grossman himself wasn’t arrested, his tour de force was, with all copies of the book confiscated. It came out in the USSR only in 1988.