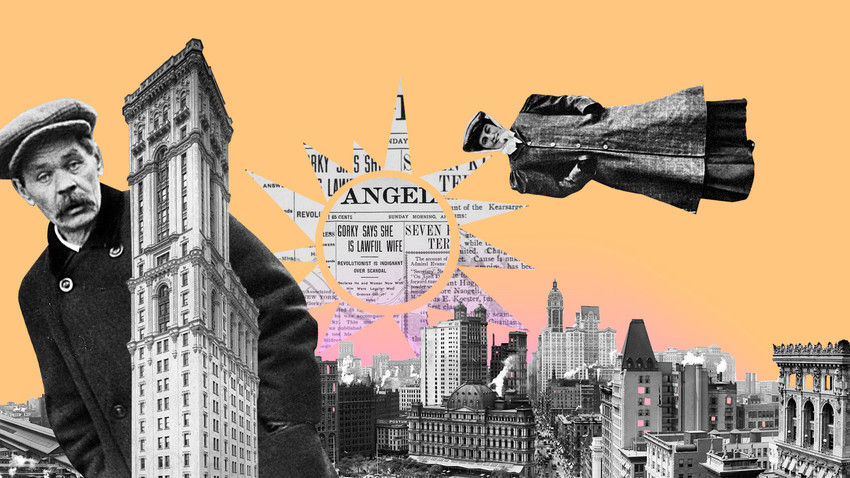 Getty Images, Sputnik, Library of Congress
America in the early 20th century turned out to be an even more puritan country than Russia.

In the spring of 1906, Maxim Gorky, “the voice of the Russian revolution”, who would later become one of the Soviet Union’s greatest writers - and Stalin's favorite, arrived in America, accompanied by a lady whom the local newspapers initially referred to as Mrs. Gorky.

However, the real Mrs. Gorky was back in Russia, looking after a terminally ill daughter, while the writer’s companion was Maria Andreyeva, an actress from the Moscow Art Theater, for whom the writer had left his wife and children. An extramarital affair of a public figure, albeit a visiting Russian one, was apparently not something that the U.S. public was prepared to tolerate.

Why did Gorky go to America?

A year before the writer’s trip, the tsar’s troops in St. Petersburg fired upon a peaceful demonstration of workers. That day, January 9, went down in history as “Bloody Sunday” and marked the beginning of the first Russian revolution. Maxim Gorky condemned the tsar’s actions and called for freedom of assembly, for which he was arrested and thrown into the Peter and Paul Fortress.

Under pressure from the public, including prominent foreign writers, Gorky was released. He joined the Social Democratic Labor Party, from which the Bolsheviks later emerged. However, in his homeland, Gorky's political activity was not welcomed, so in order to avoid a new arrest, he decided to leave Russia. 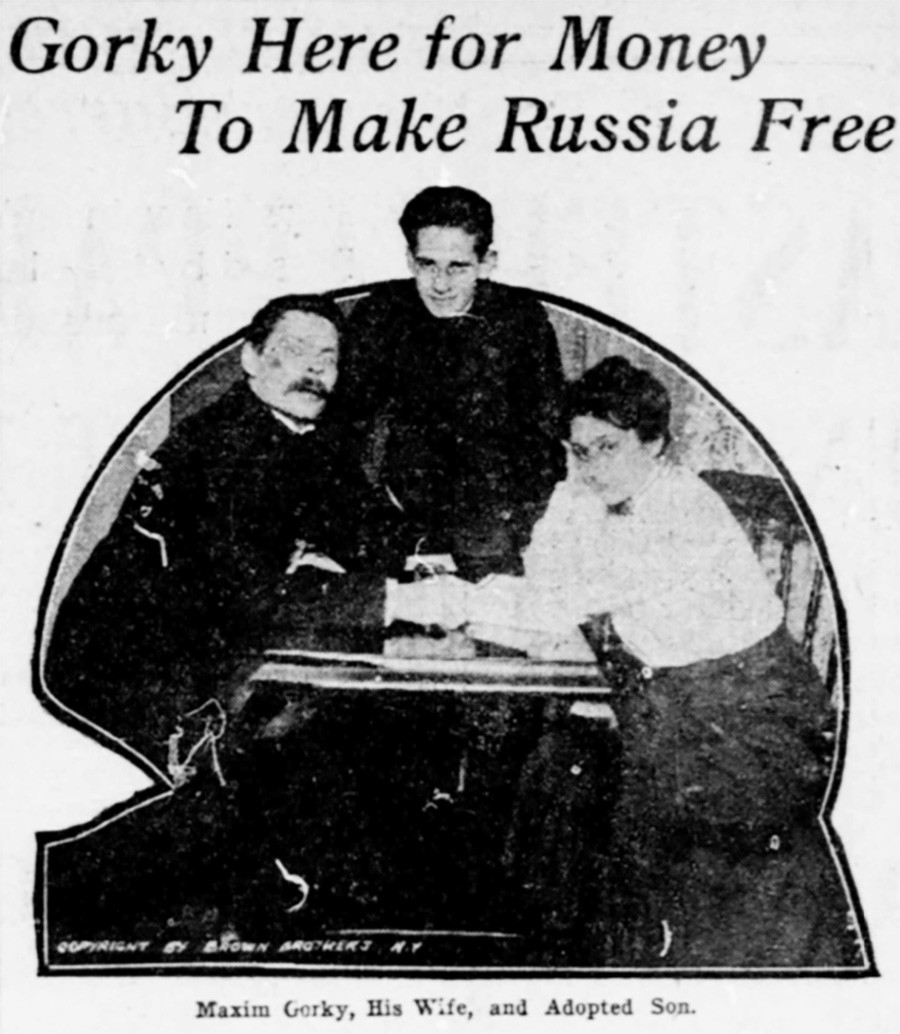 On an instruction from the party and Vladimir Lenin personally, the writer set off for America to raise money for a revolution in Russia. Socialism and Bolsheviks had many sympathizers abroad.

The writer travelled through the whole of Europe, which knew and admired him. In America, his writing was less known, but the mysterious Russian guest aroused great interest from reporters and literary figures alike. That was how he got to know Mark Twain. 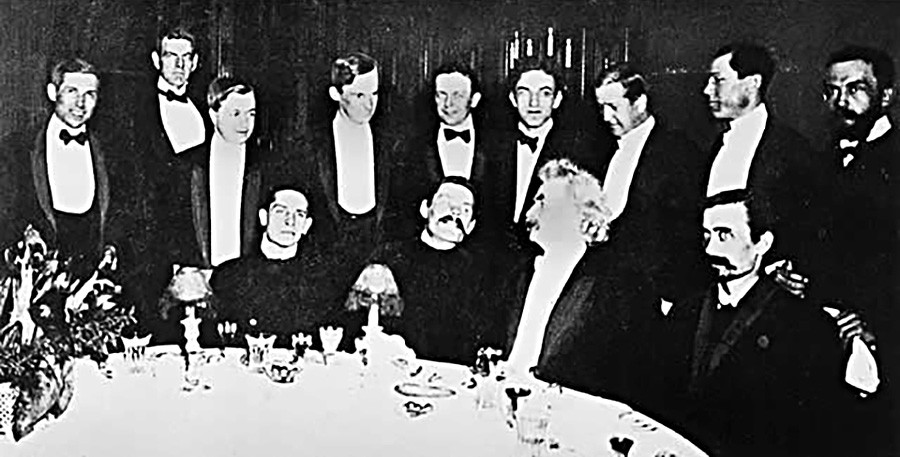 How did the scandal break out?

Gorky and his companion stayed at Hotel Belleclaire, at the corner of Broadway and 77th Street (by the way, the hotel still exists today). However, the press found out that Mrs. Peshkova (Peshkov was Gorky's real name) was not Peshkova at all, but Andreyeva, and that the writer was not officially divorced from his previous wife. 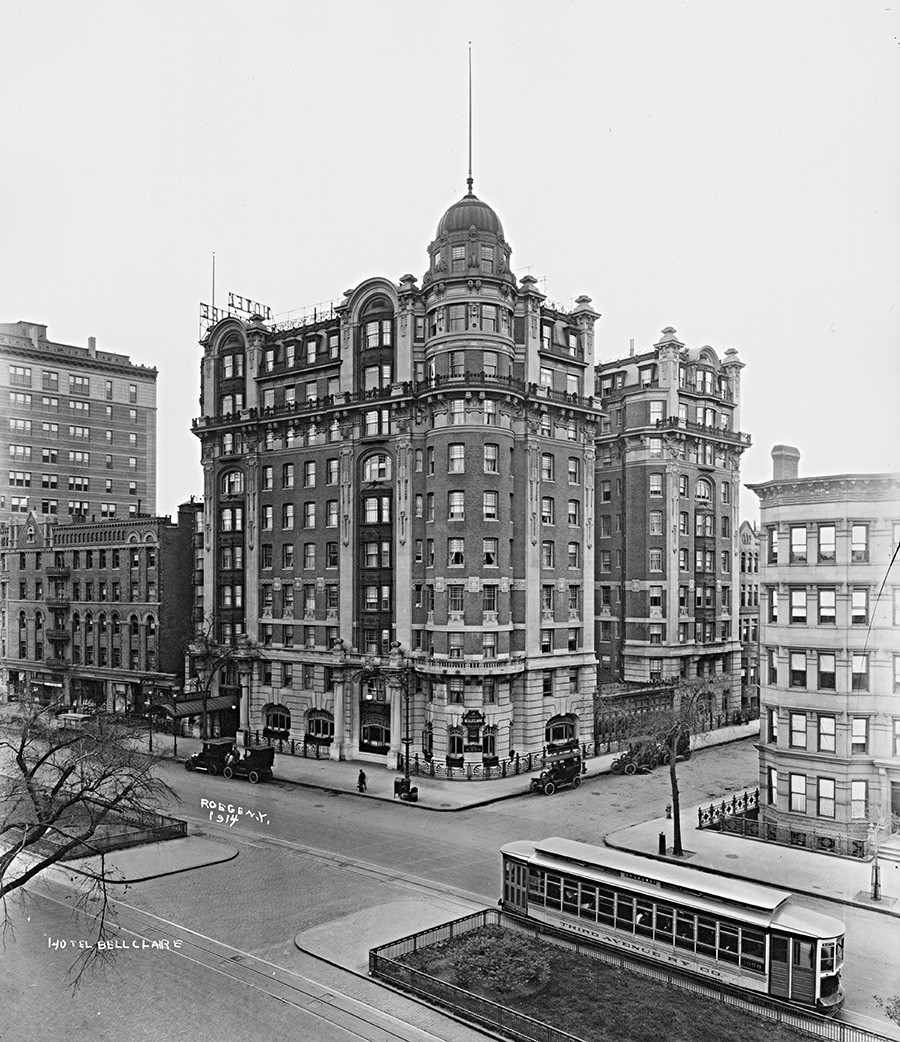 A whole article devoted to the story came out in The New York World newspaper, immediately after which the couple were... expelled from the hotel! Furthermore, not a single hotel in Manhattan agreed to accommodate them. 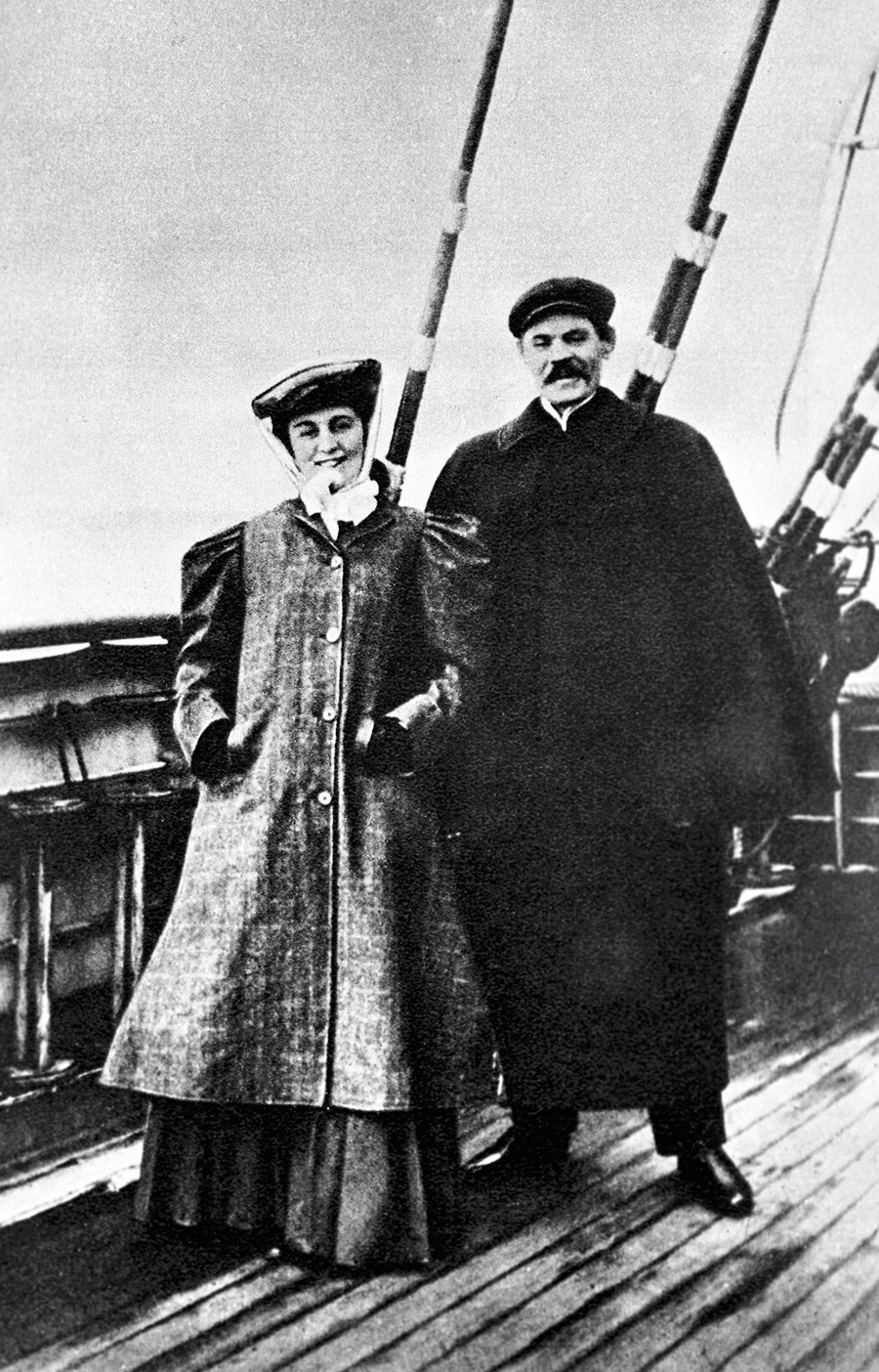 With much difficulty, Gorky managed to arrange lodgings in a young writers' club on 5th Avenue. Later, a wealthy couple, Prestonia and John Martin, took Gorky and Andreyeva under their wing, putting them up at their villa and taking them on trips around the country. 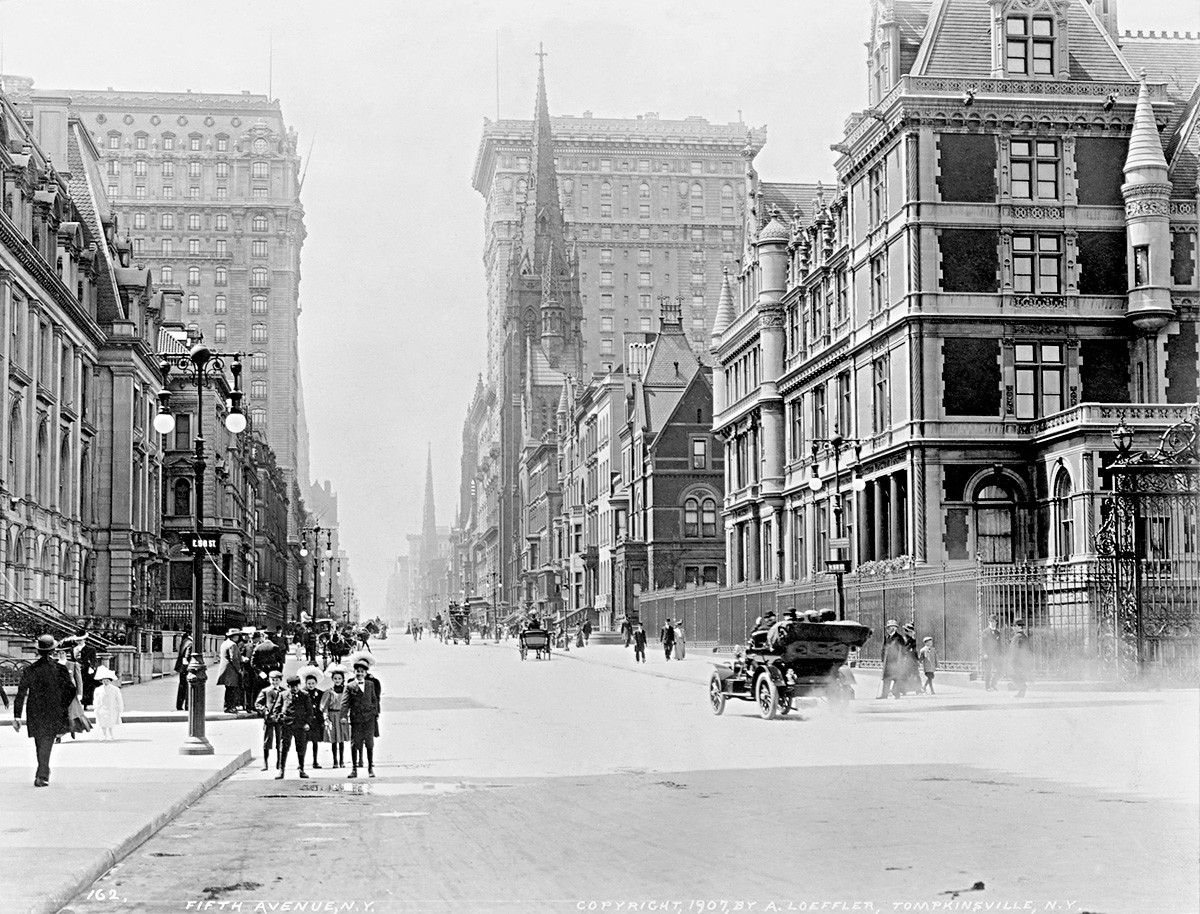 The writer's moral reputation was in tatters, but, what was much worse, his cause was ruined, too. Mark Twain refused to see him again, although they had appeared to have struck a genuine friendship. Many socialists refused to sponsor the Russian revolution. Moreover, an invitation to a White House reception was withdrawn.

How did the press learn about Andreyeva?

Gorky was in despair and wrote indignant letters to various U.S. newspapers, defending his private life: “We both consider it beneath us to offer any explanations on this matter.” 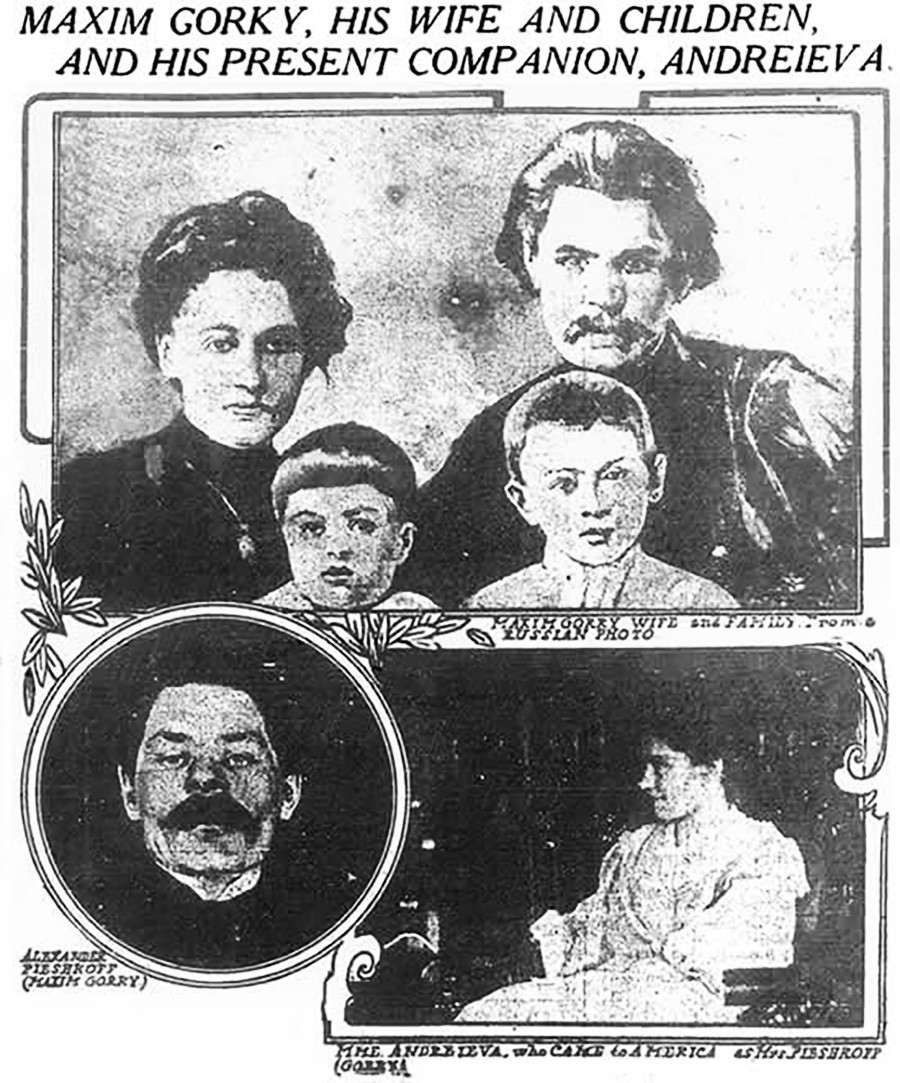 One of the newspapers, The Evening World, cited Gorky's suspicions as to who may have been the source for the story about him and his mistress: “I believe this dirt has been orchestrated by one of the friends of the Russian government.” The purpose of the enterprise must have been to disrupt the campaign to raise funds for the workers' party and support for the revolution in Russia. 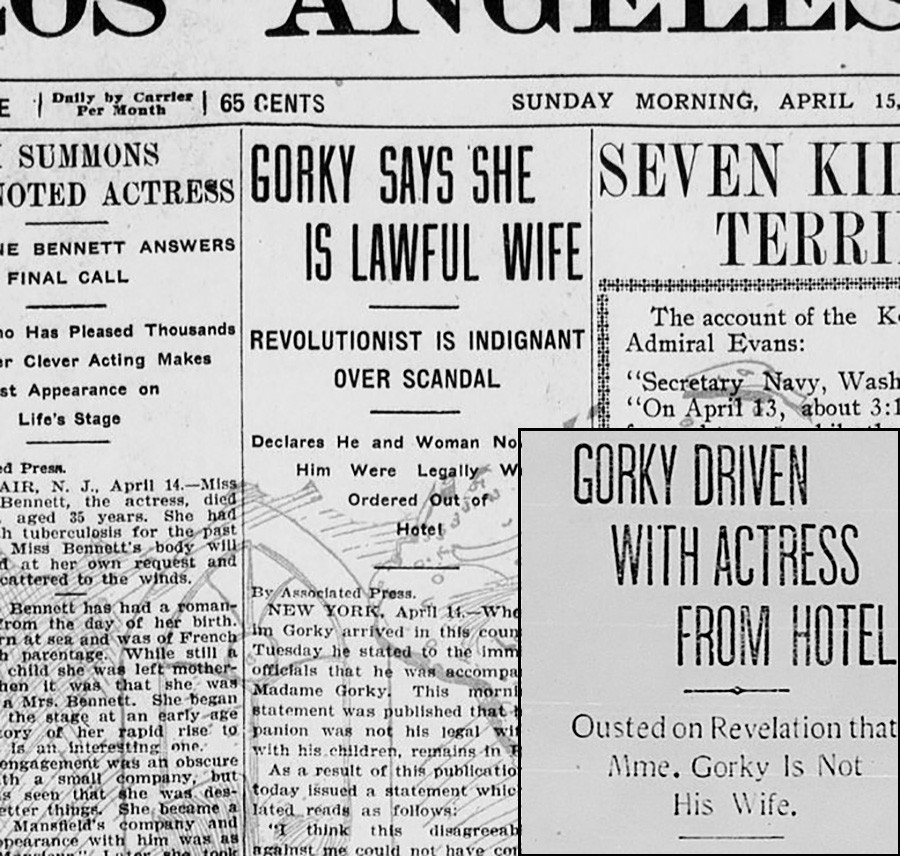 Gorky and Andreyeva remained cast out from society for the entire six months of their stay in America. It may well be that this unpleasant incident affected Gorky's impressions of the country. In the essay In America, he called New York “the city of the yellow devil”, noting its dirt and poverty, “the muddy sky covered in soot”, bleak houses and a soulless triumph of money.