A Russian creates huge works of art on snow (PHOTOS) 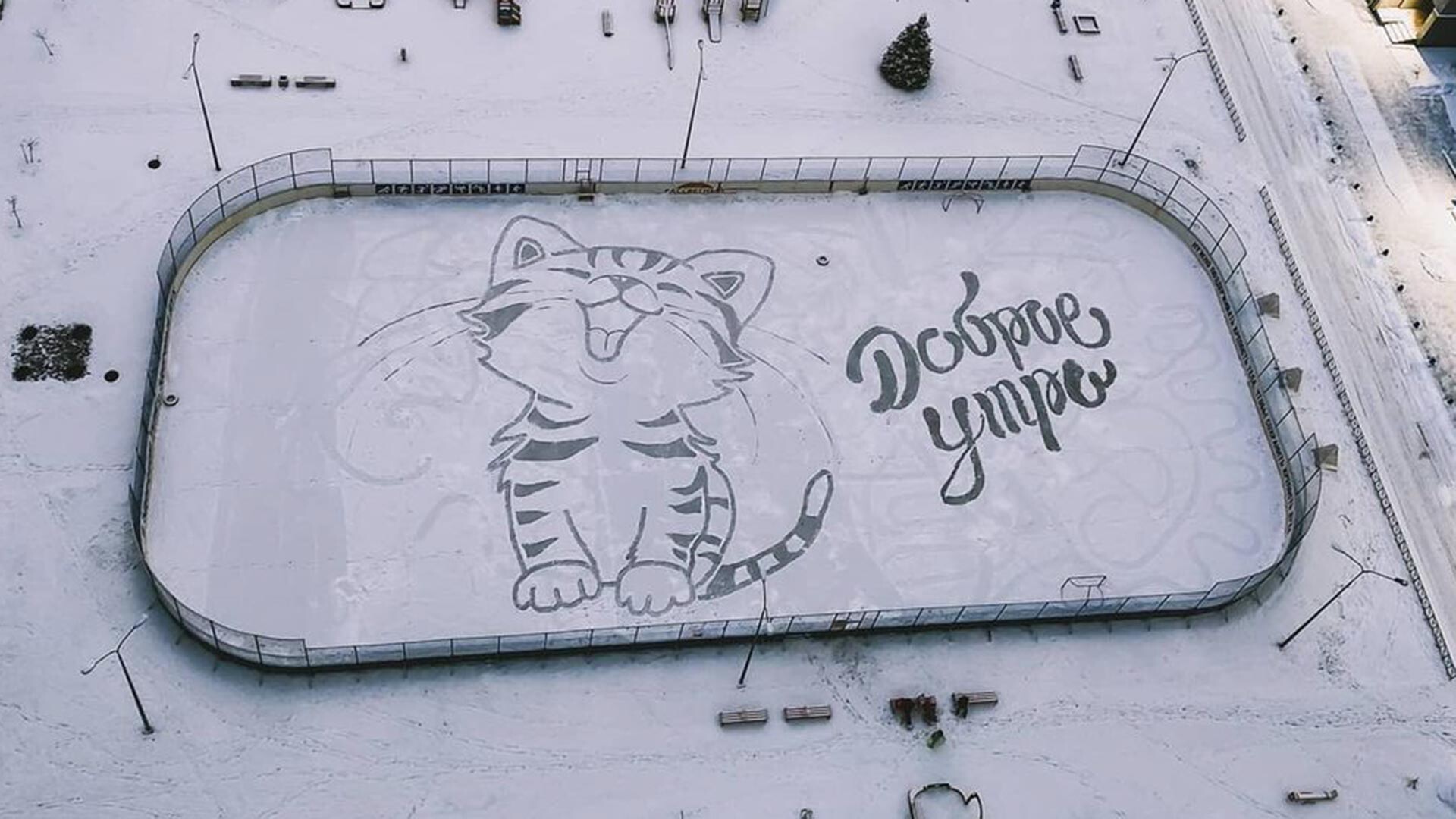 Leonid Valitov
Leonid Valitov from the Ural city of Yekaterinburg frequently surprises the neighbors with his snow art works. Why does he do them?

To create a painting Leonid Valitov wakes up at 4-5 am. In the winter morning dark he spends about four hours 'drawing' on snow. His brush is a shovel, while the canvas is an ice rink in the courtyard of his house in Yekaterinburg. 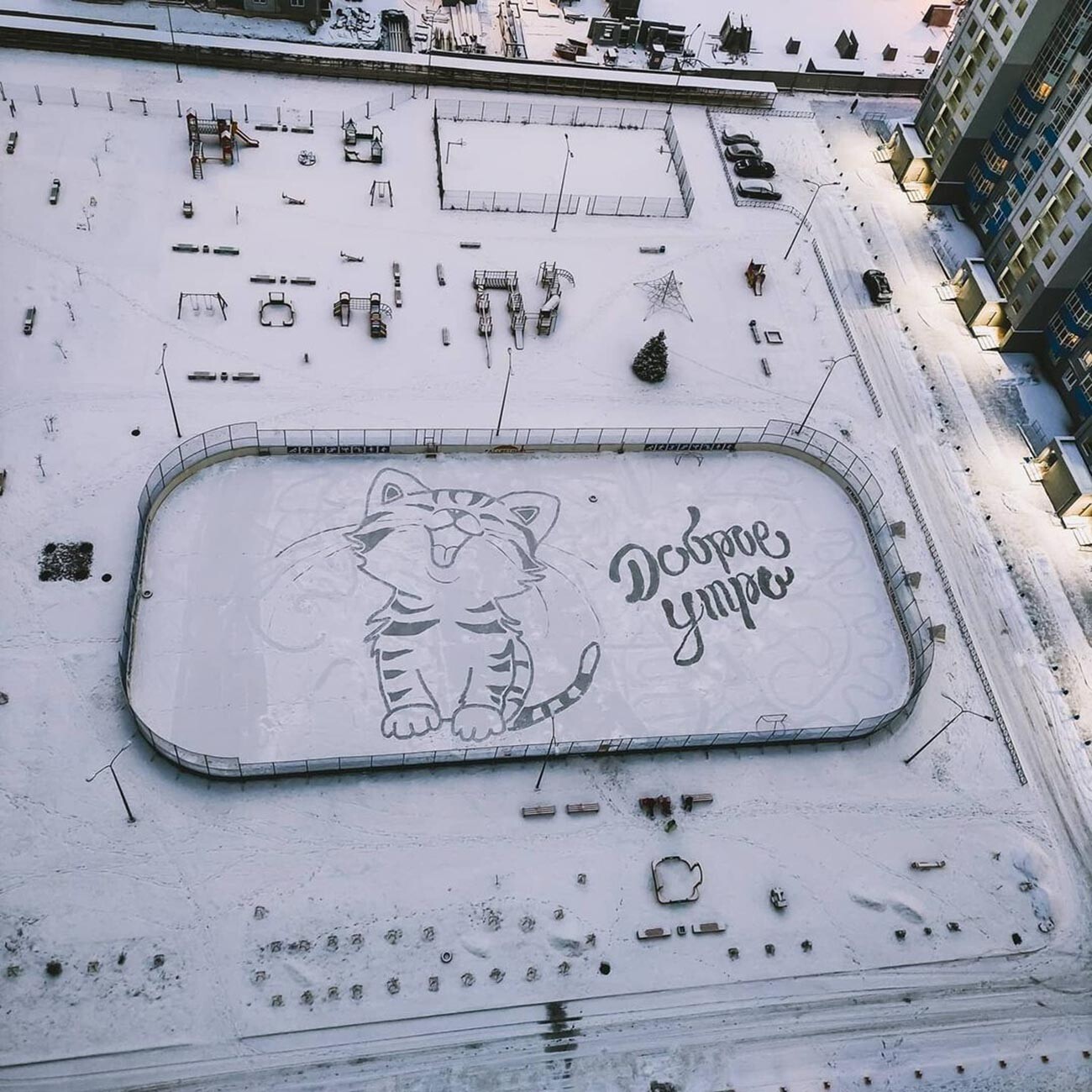 Or a small giraffe cartoon. 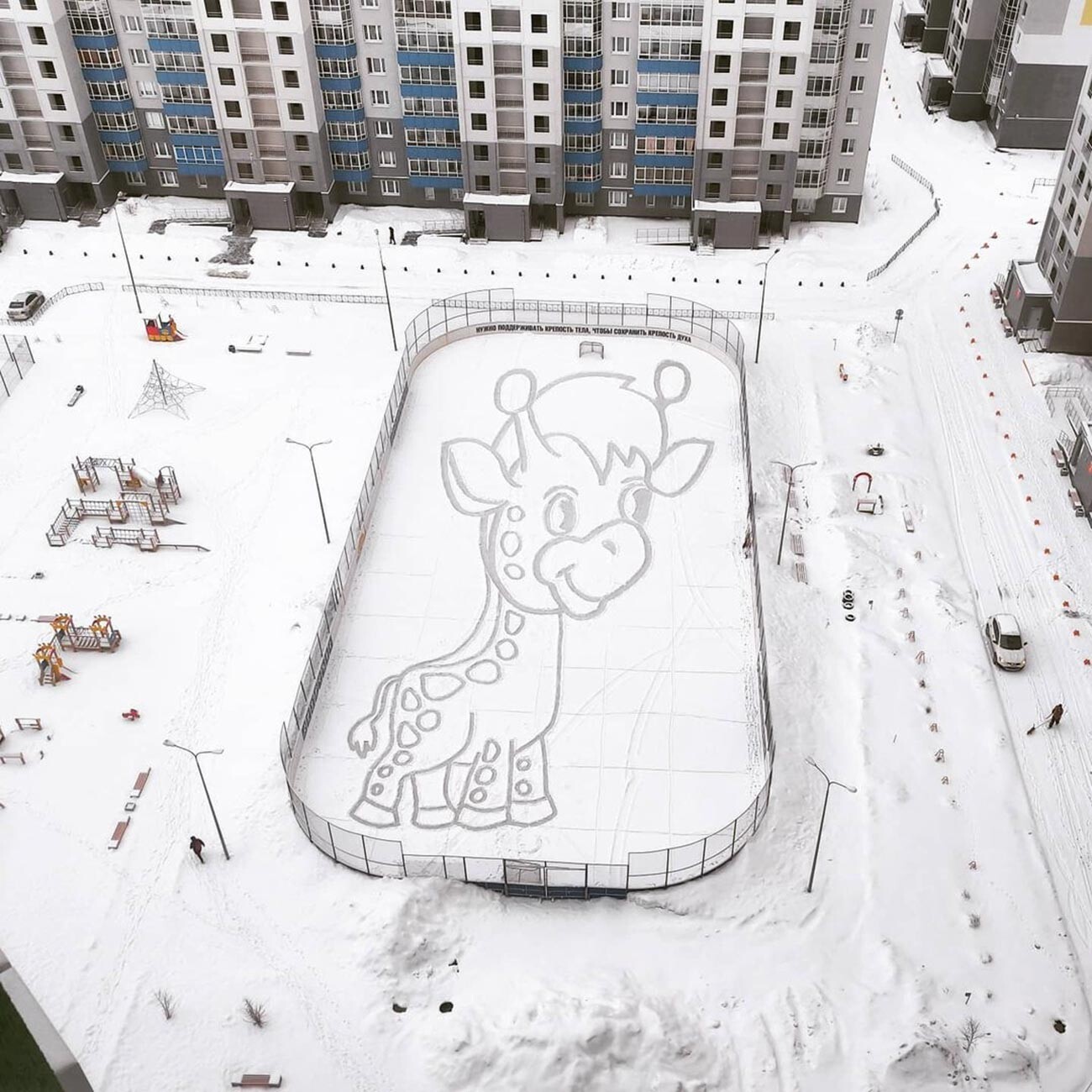 The locals’ hearts also melt for a mammoth and words from a Soviet cartoon film about a little mammoth who lost his mother and wailed plaintively for his mama. 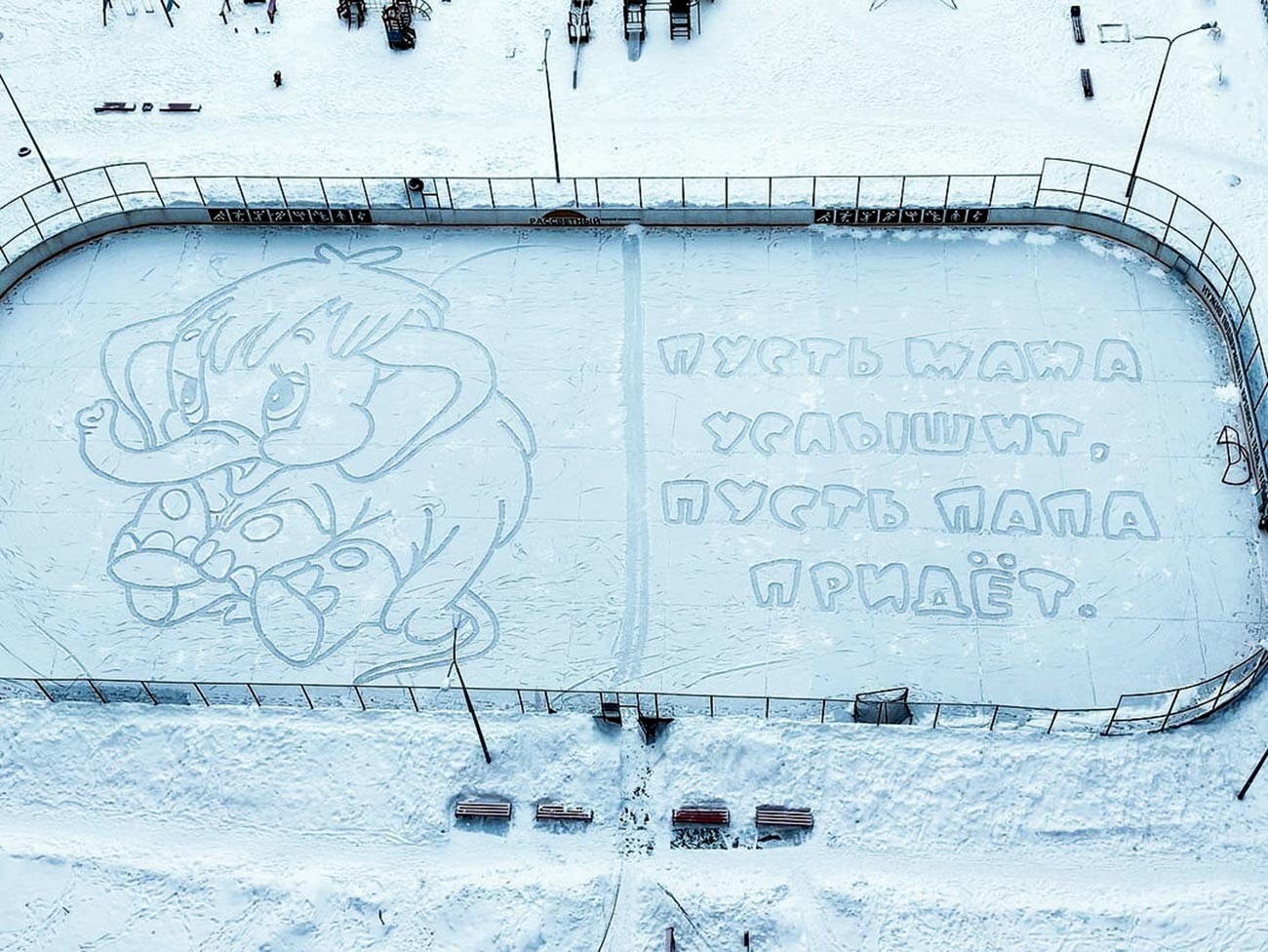 “I first trample the contours of a work, and then I clean up the snow from the ice with my instrument, it’s a kind of narrow shovel,” Leonid says. 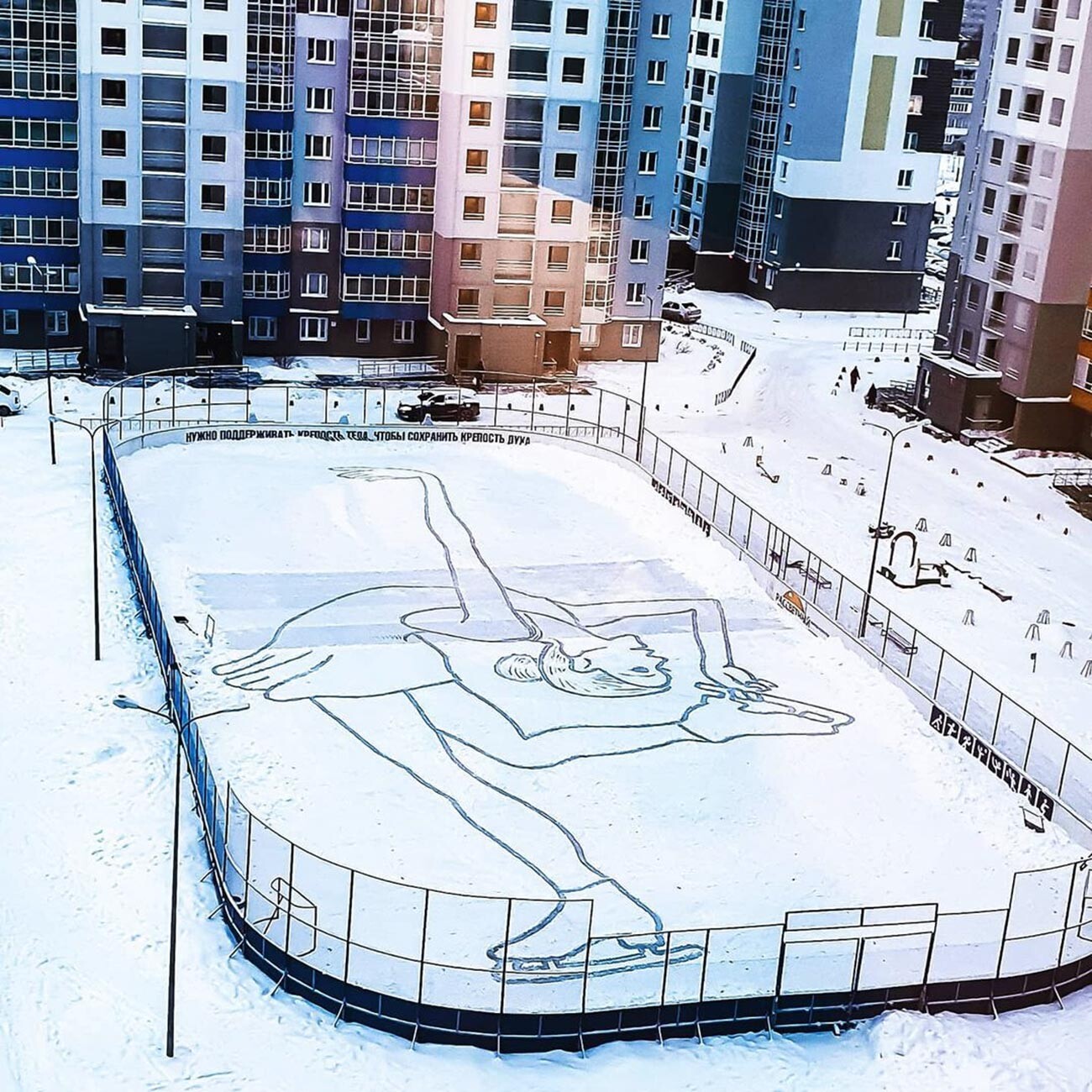 The artist can only work when there is a snowfall at night and city services haven't managed to clean it up the ice rink. And unfortunately, the artworks made with so much effort disappear by the end of the day when the rink is finally cleaned up.

However, Leonid already has about a thousand followers on Instagram - both his neighbors and other locals in Yekaterinburg. They thank him for his art, ask to join and observe the creative process, or request that he repeat his delightful works elsewhere in the city. 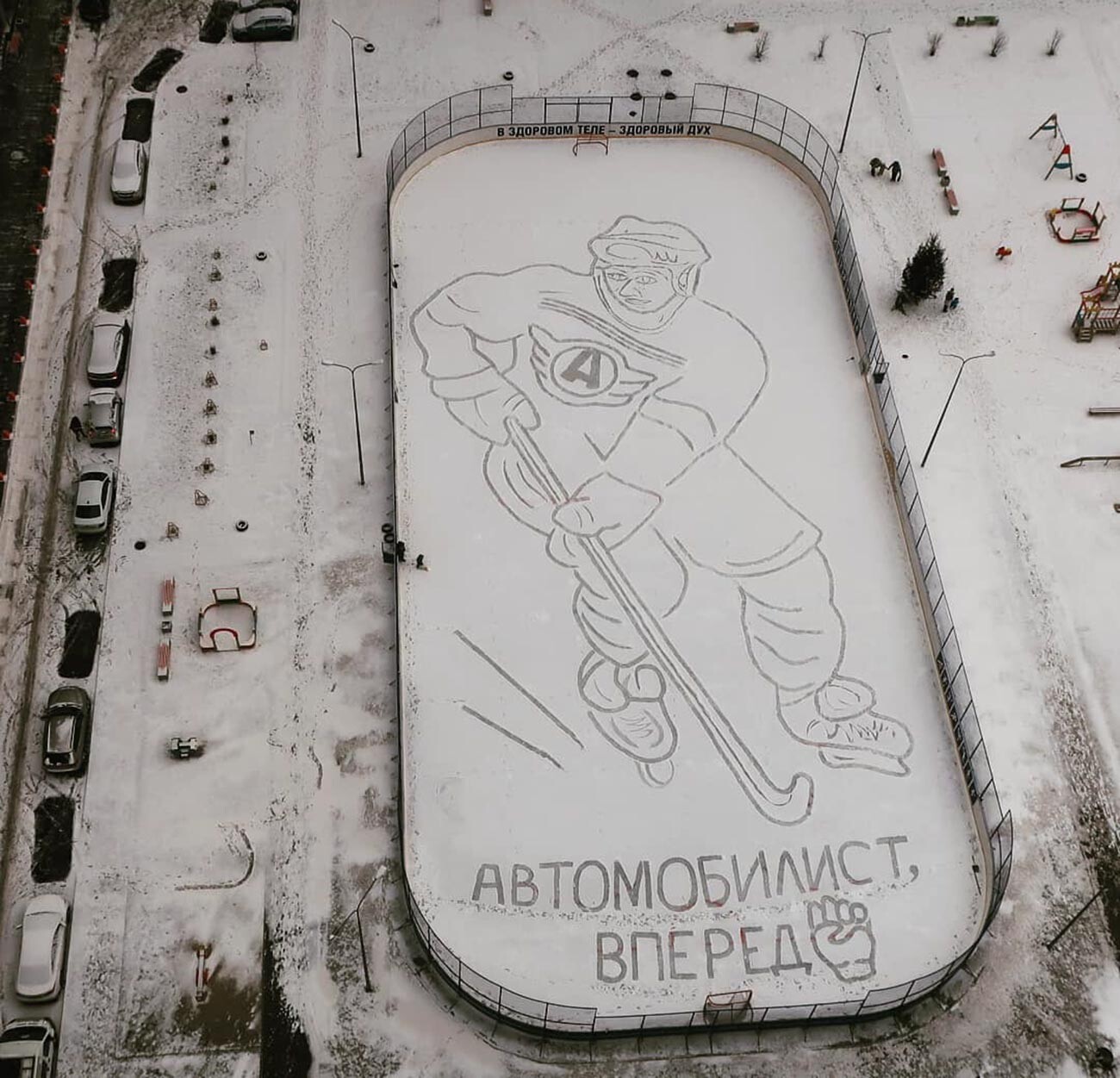 Referencing the Covid pandemic with a depiction of an odd little character, resembling a squirrel from the Ice Age, he writes - ‘2020, maybe it's already enough, eh?’ 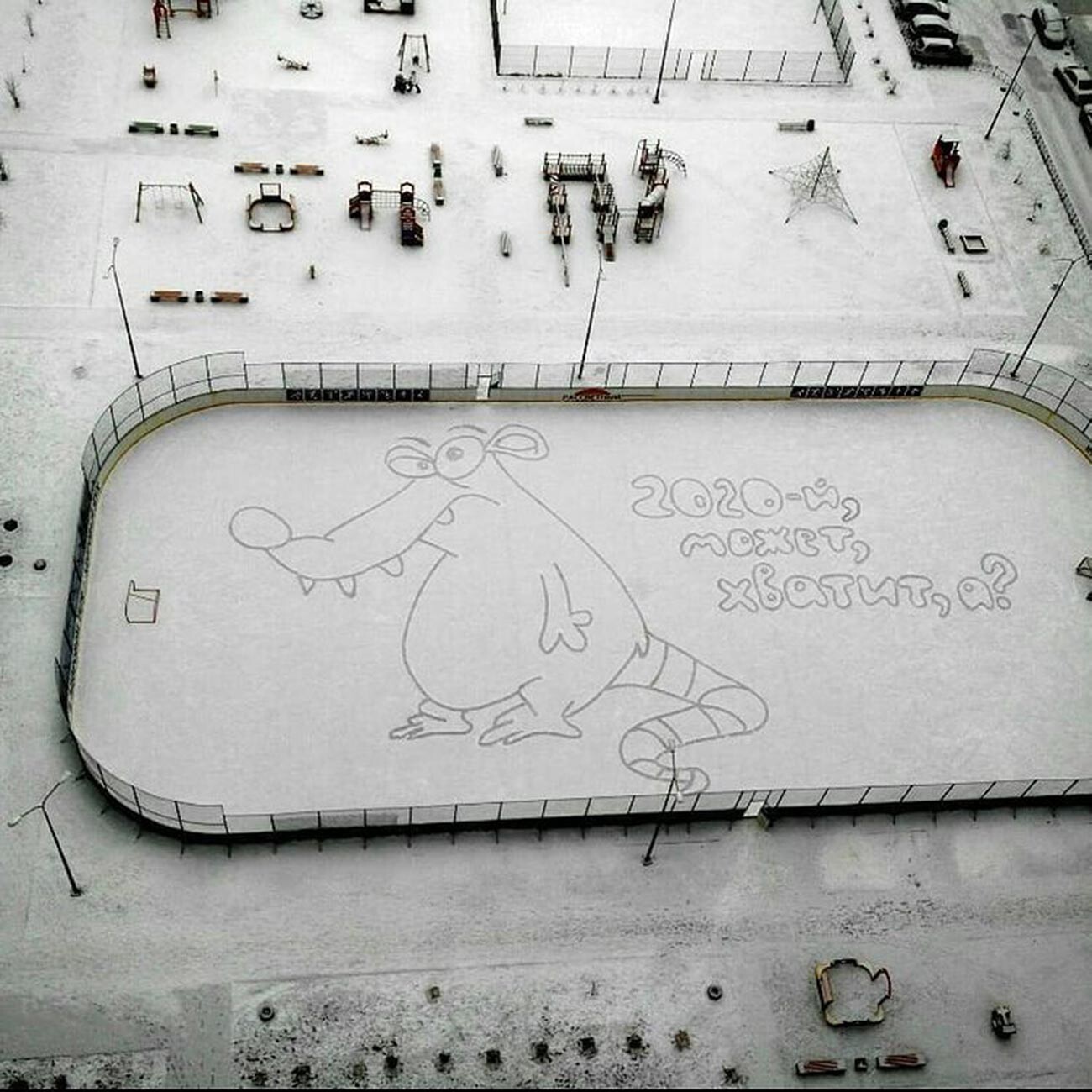 These are other works of Leonid. His art isn't just for fun; Leonid frequently raises ecological issues and protects animals and the environment. The work below says ‘Freedom for dolphins!’ 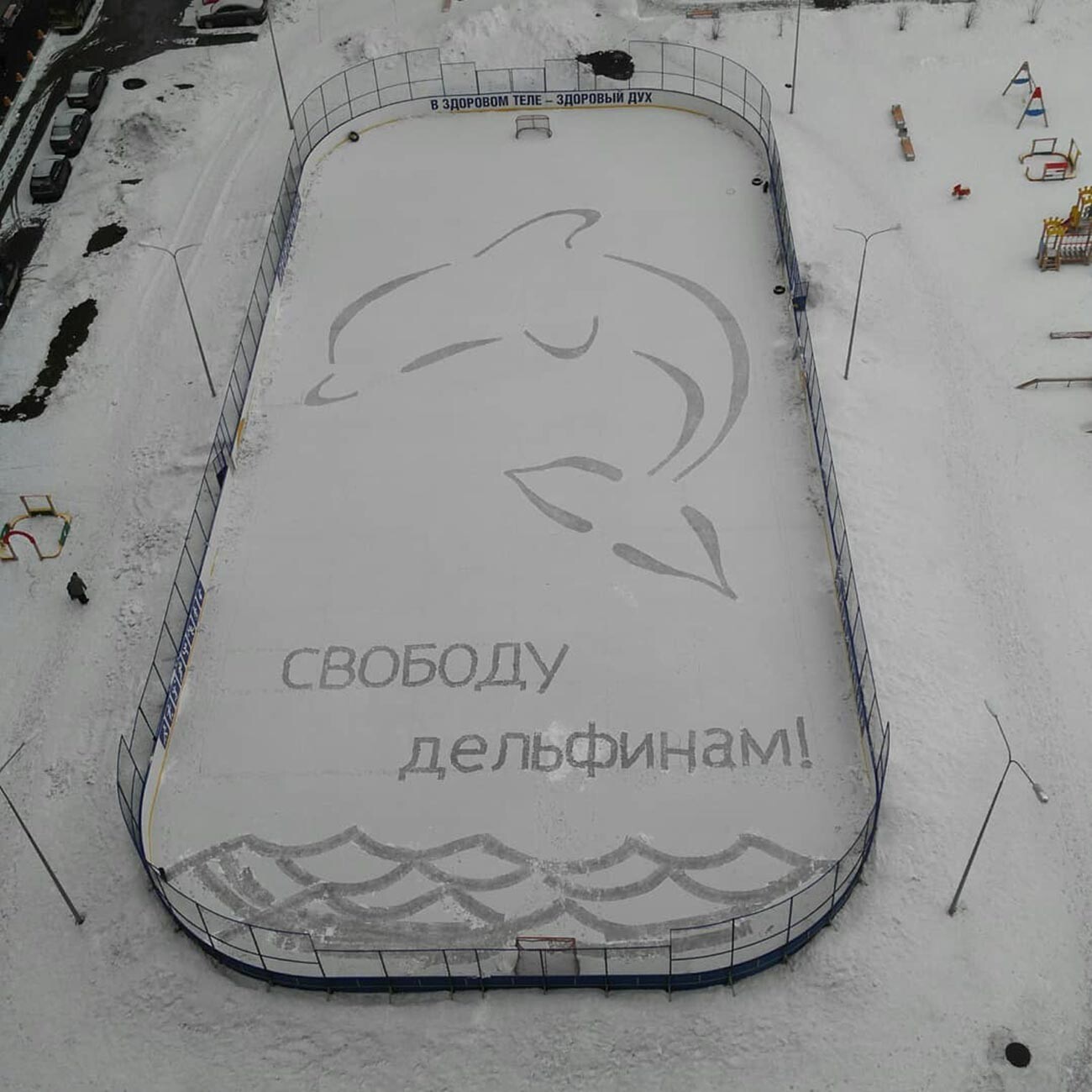 Leonid actually works as a masseur, he is not a professional artist. He is also a vegan and urges people to join this lifestyle, as well as to start to care about their health. 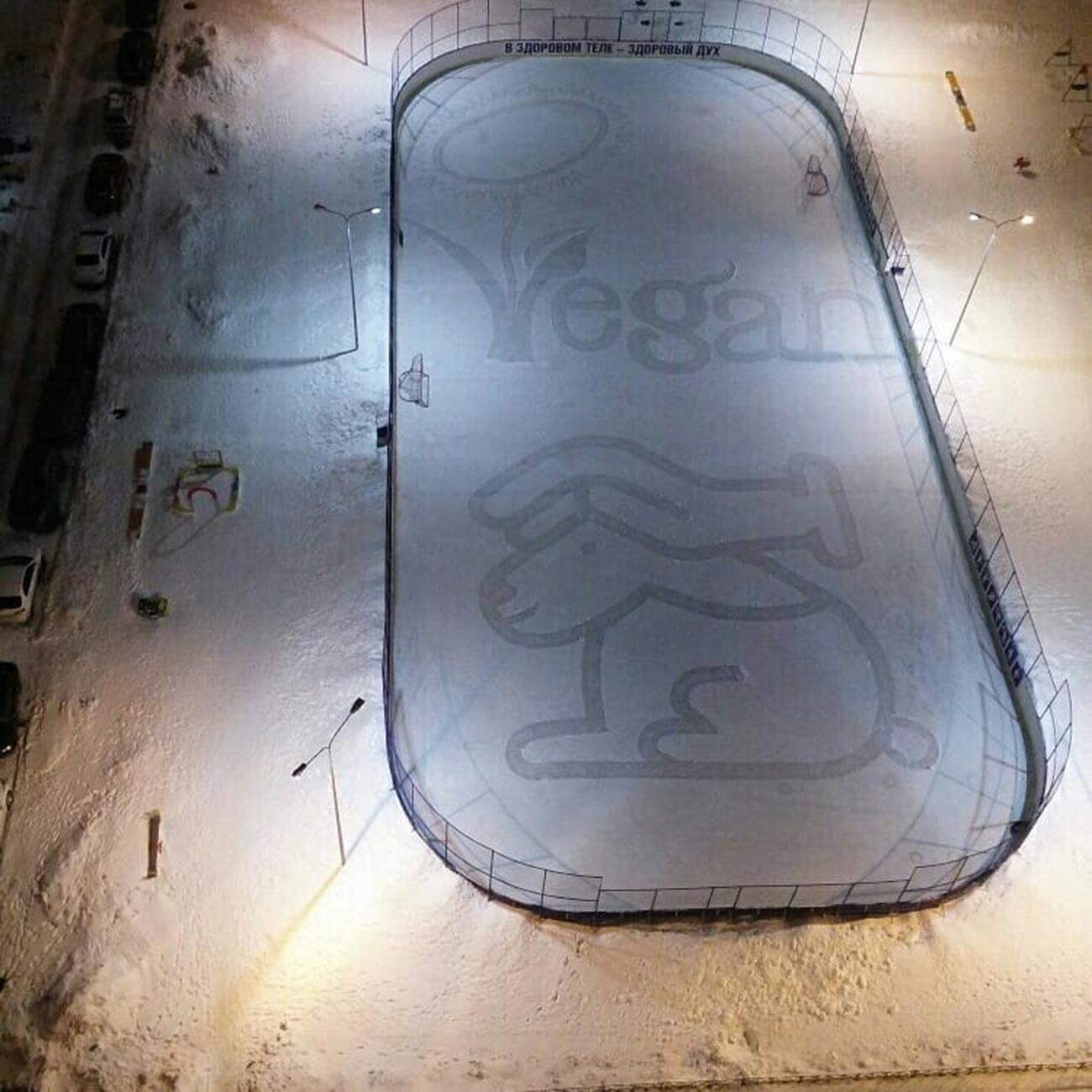 Finally Leonid suggests reducing traffic and switching to cycling - so that the courtyard could be a green space, free of parked cars and exhaust gases. 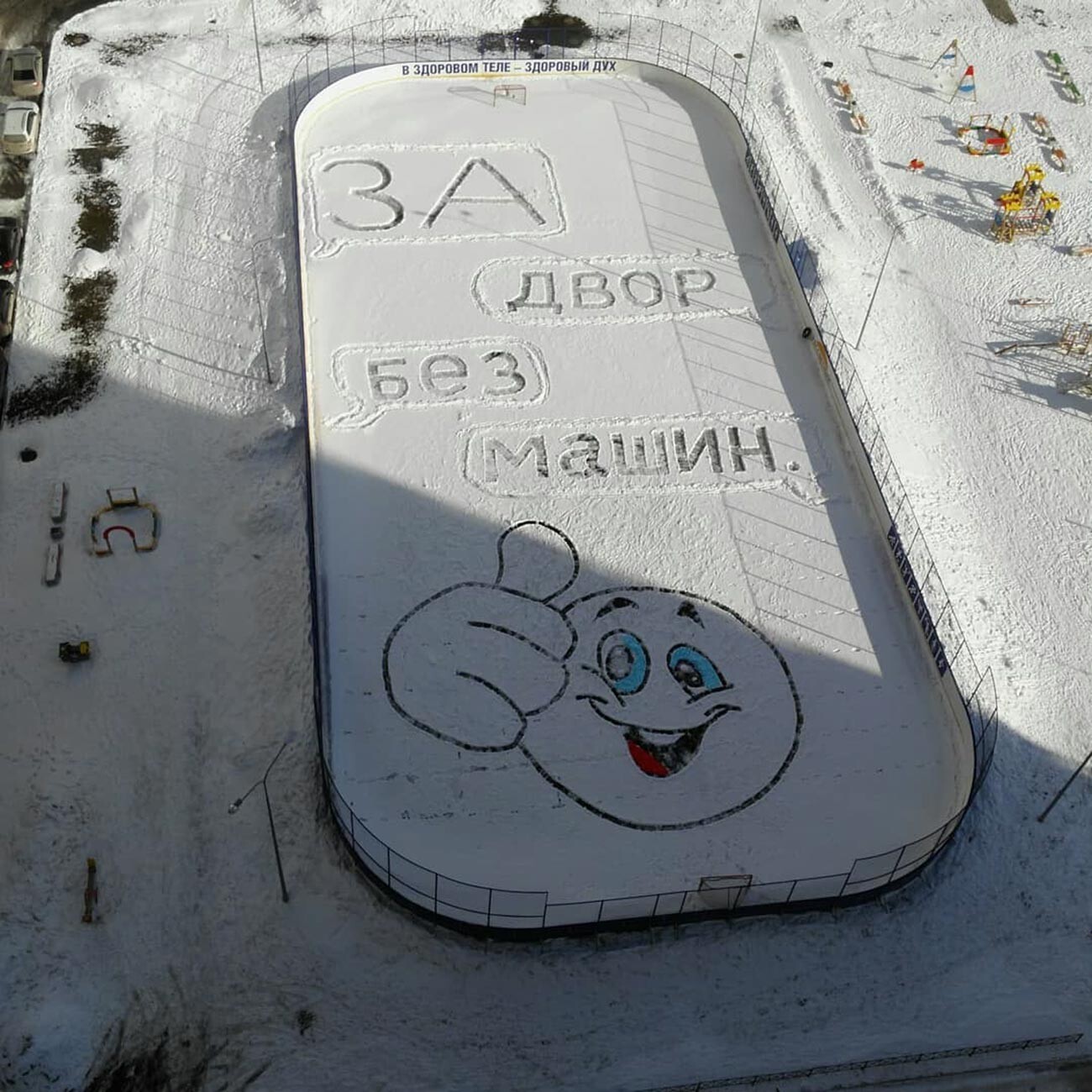 Sometimes the artist gets out of his courtyard and draws on a frozen lake. These works have a chance to survive more than a day. 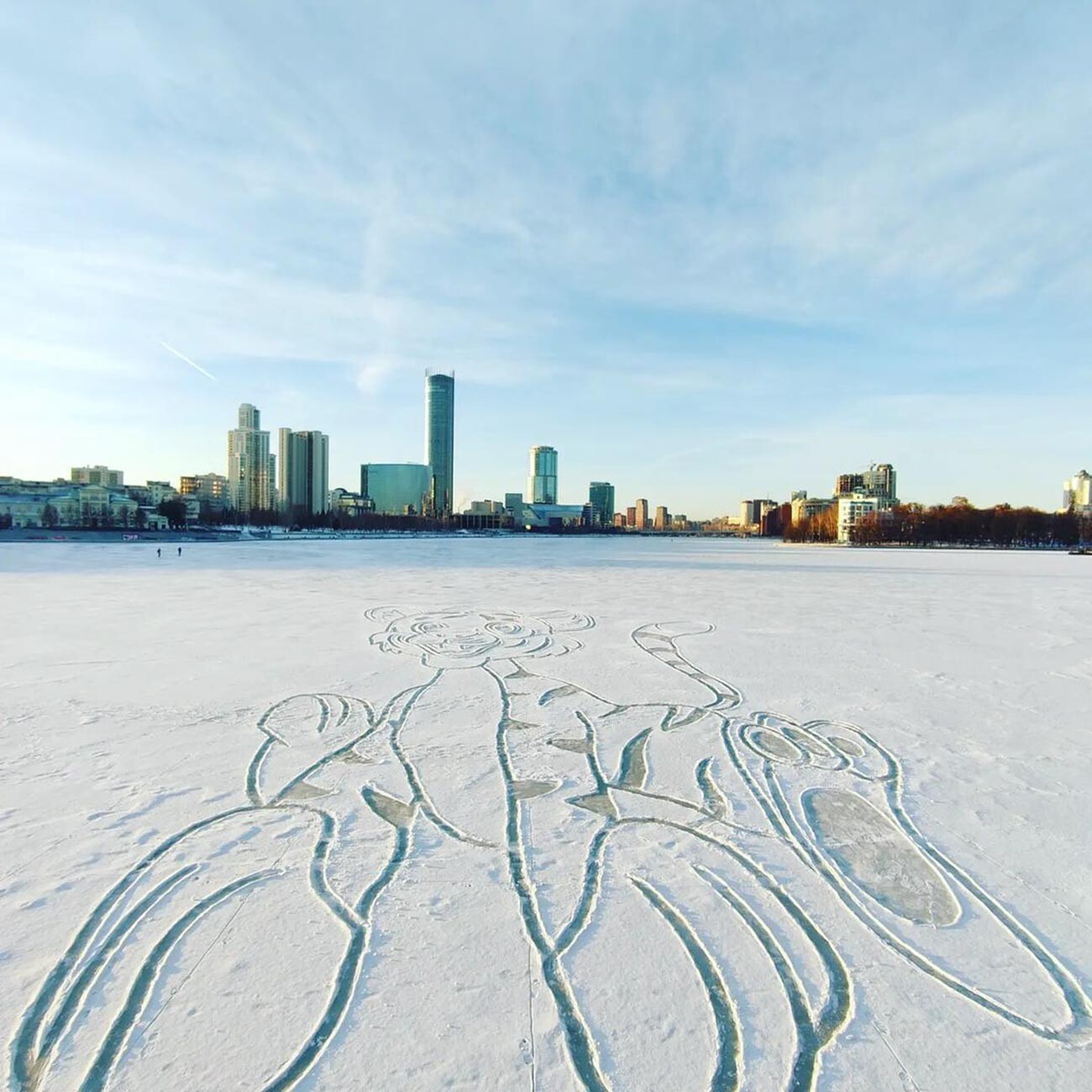 Leonid also practices his creativity in another way - GPS-art. On the surface of a frozen lake he 'drew' two dolphins while running with a friend. 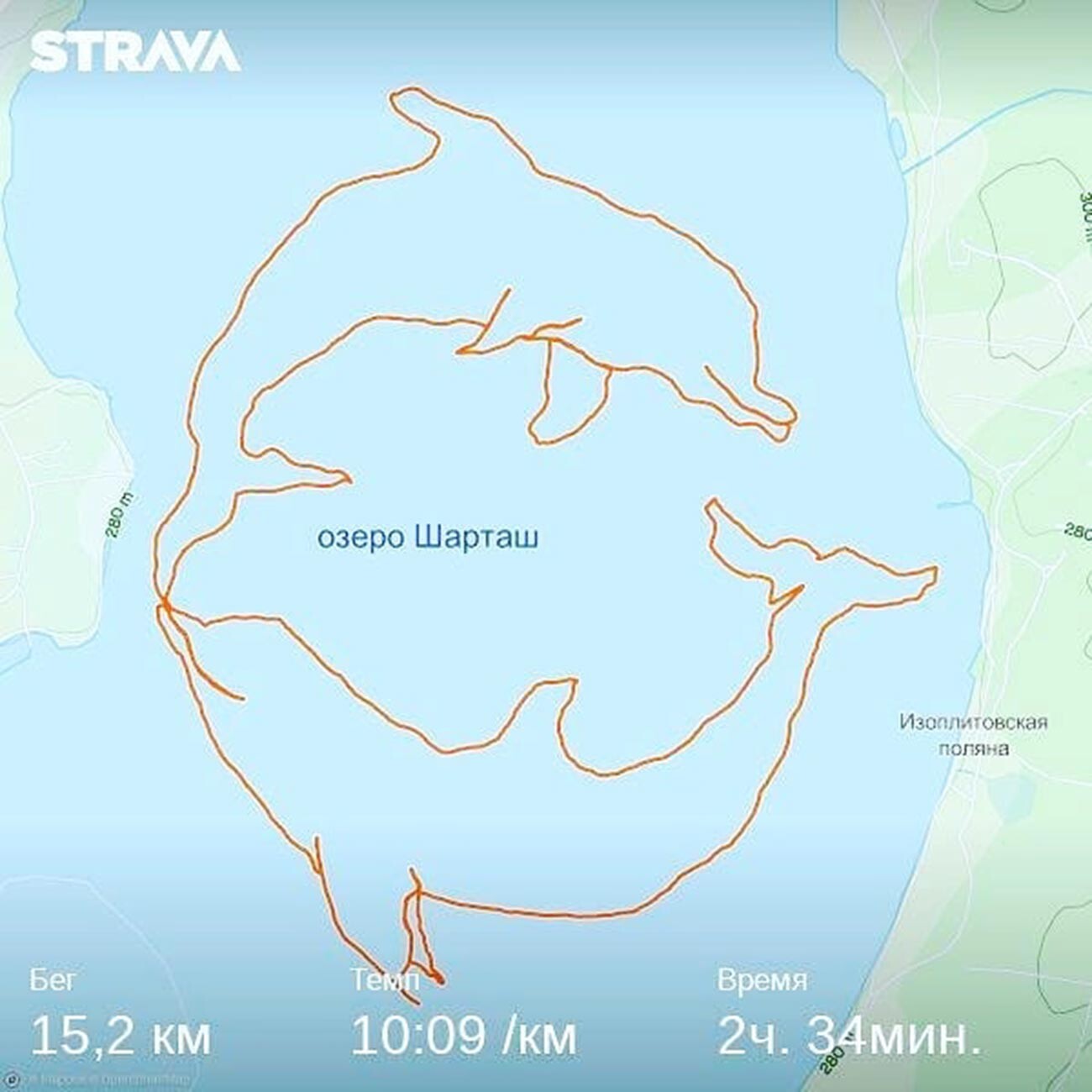 And one summer when there was no snow around… Leonid pictured an animal on the city map... and asked his followers to guess what it was. 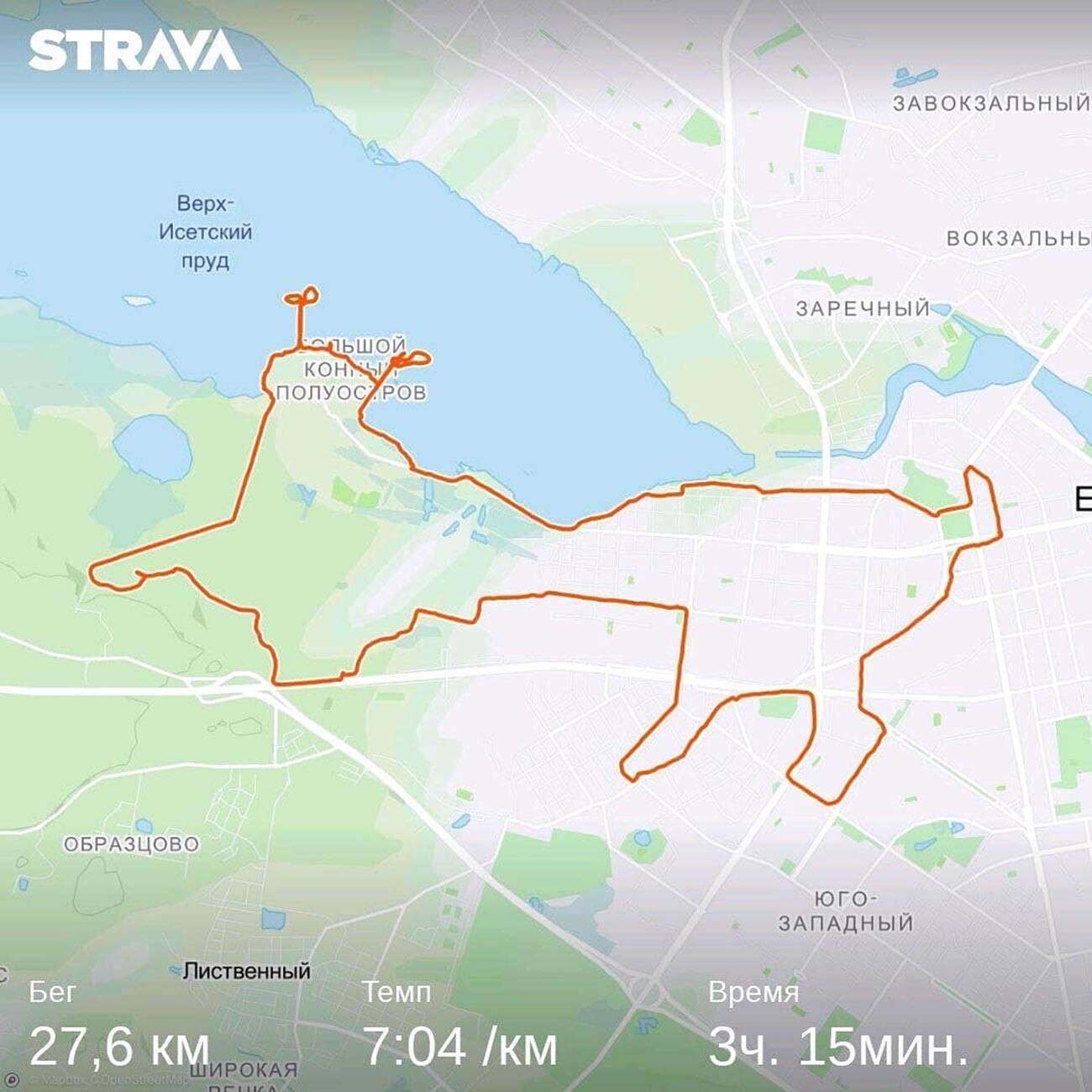