What ‘The Witcher’ got wrong about LESHY 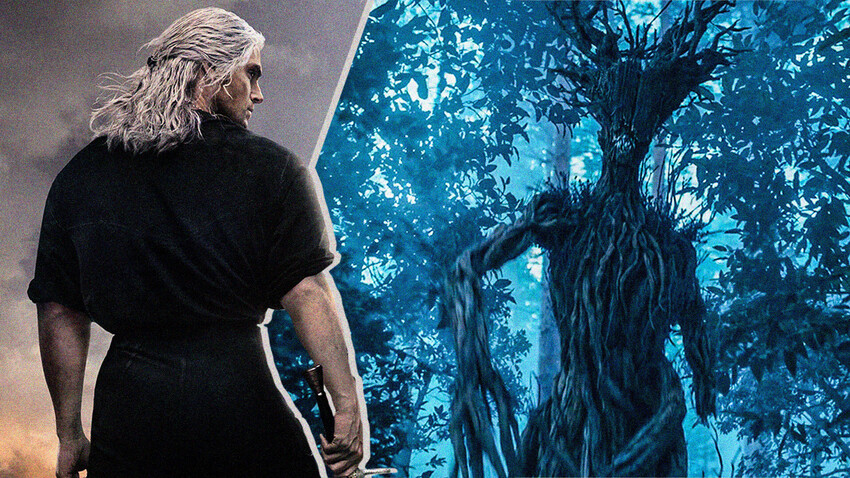 Netflix, 2021
In Season 2 of Netflix’s ‘The Witcher’ series, Geralt and his friends encounter a leshy, a Slavic folklore creature. But, for Russians, this leshy looks hilariously wrong. We look at the most obvious inconsistencies in the new season.

“Was that a ‘leshy’? Walked like one. Talked like one,” a character named Eskel says in the second season of ‘The Witcher’. According to the story, Eskel just arrived home after a fight with a real leshy, a Slavic folklore monster that lives in the forest. 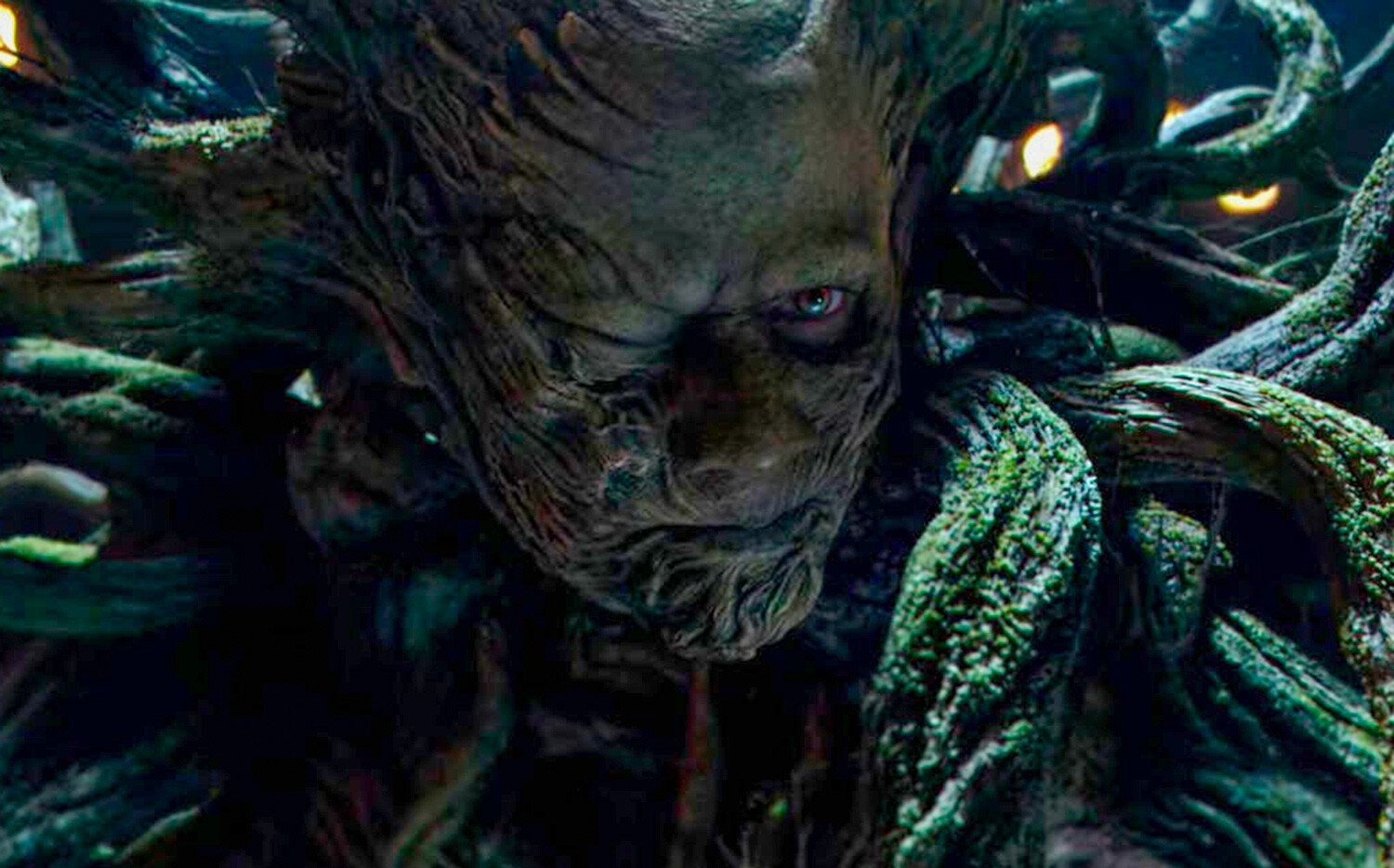 Eskel, a witcher that was 'infected' by a leshy and turned into a tree-like creature.

However, in the series, ‘leshy’ (in Russian the word is pronounced more like “le-shiy” – леший) is not quite what it was in the Russian folklore. What did ‘The Witcher’s screenwriters get right and wrong about ‘leshy’?

‘Leshy’ is not necessarily a wooden creature, it’s a spirit 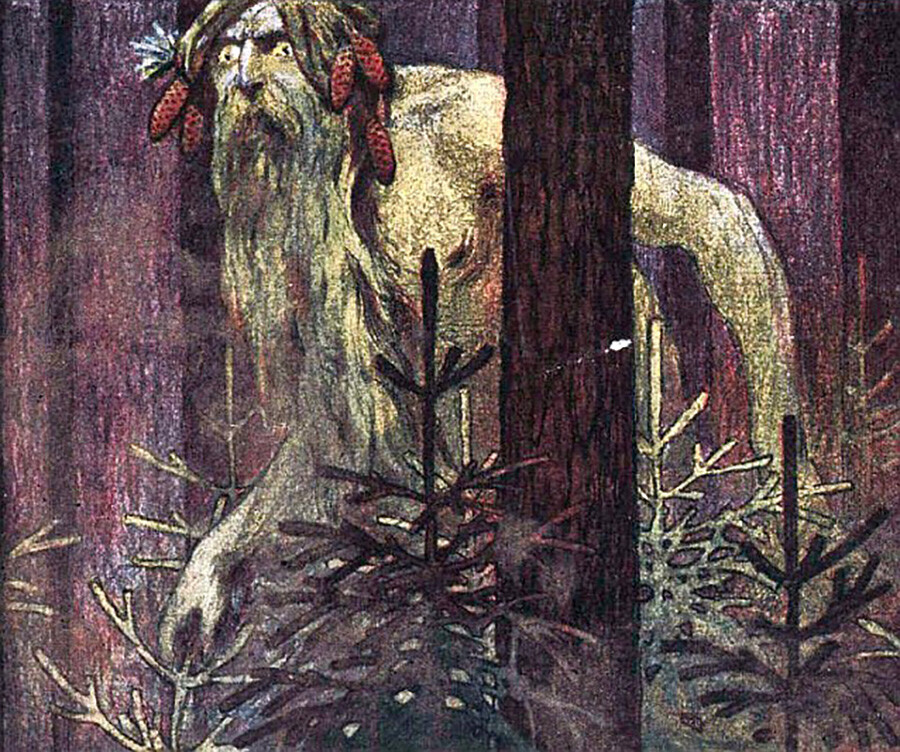 ‘Leshy’, roughly translated as “the one in the forest”, was never a creature that resembled a tree. In Slavic folklore, ‘leshy’ is, first of all, a spirit that can turn into what it wants. It can, for sure, look like a spruce, or any tree, but is also free to take any other form – a raven, a wolf or a bear, for example.

In most cases, ‘leshy’ appears as a human and more, it can appear as a dead or living relative. Russian folk tales collected by ethnographers mostly show ‘leshy’ as an old man. But ‘leshy’ is usually not eager to interact with humans. “It does not allow you to look at it, turns away all the time, does not show its face,” a Russian peasant from Arkhangelsk Region once told ethnographer Petr Bogatyrev in 1916.

‘Leshy’ is not an aggressive creature, it’s the keeper of the forest 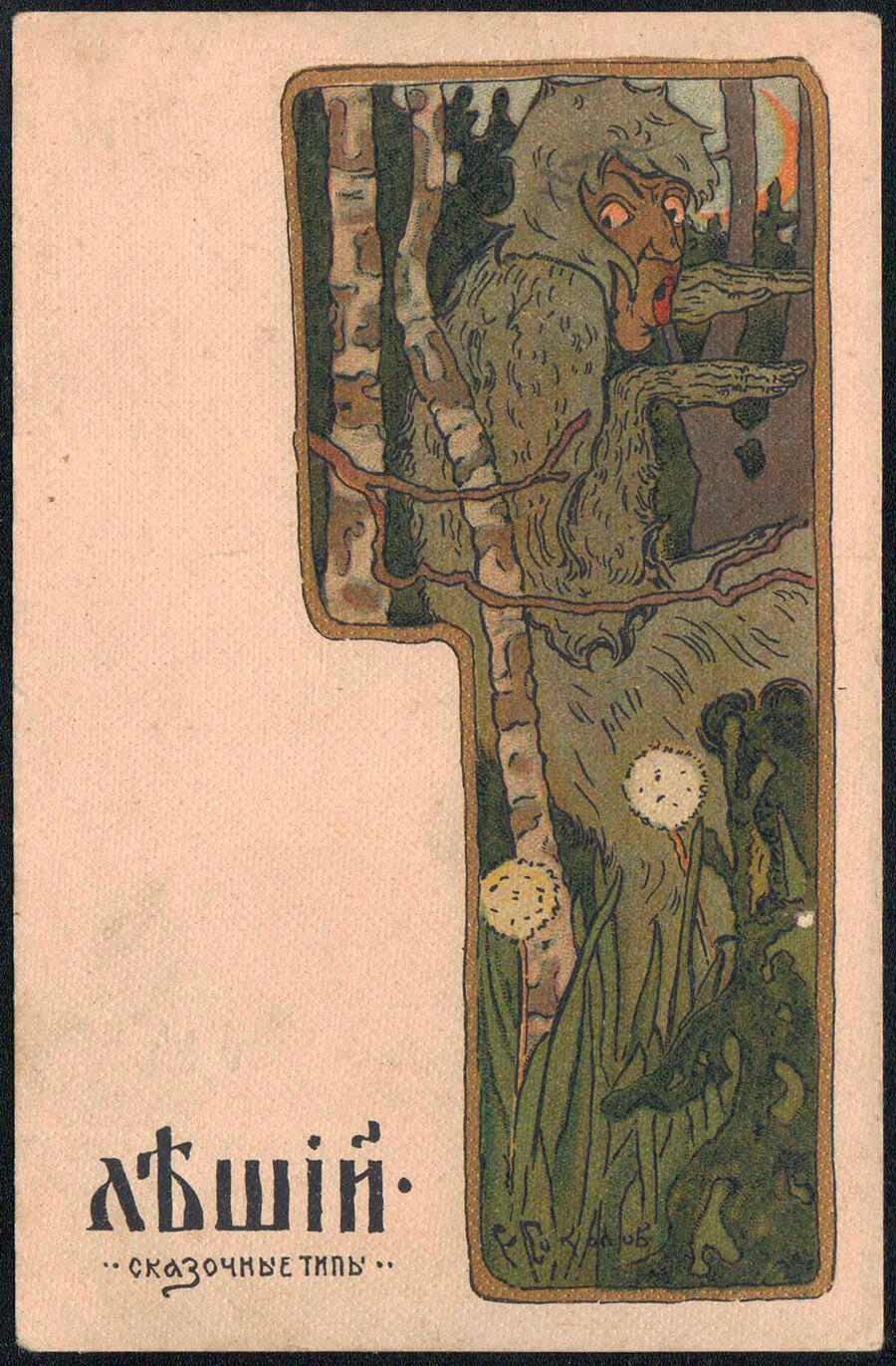 ‘Leshy’ isn’t a creature that hunts humans as prey. Its main role is taking care of the forest and the animals in it. Any disrespect for the forest creatures or vegetation enrages ‘leshy’ and makes it vengeous. “Uncle Andrey chopped down a ‘leshy’s house (a hundred-year old spruce tree) and regretted it soon. ‘Leshy’ pestered him for a long time, followed him from the forest to the village and, the next year, burned down uncle Andrey’s barn,” another Russian peasant from Arkhangelsk Region told Petr Yefimenko in 1878. 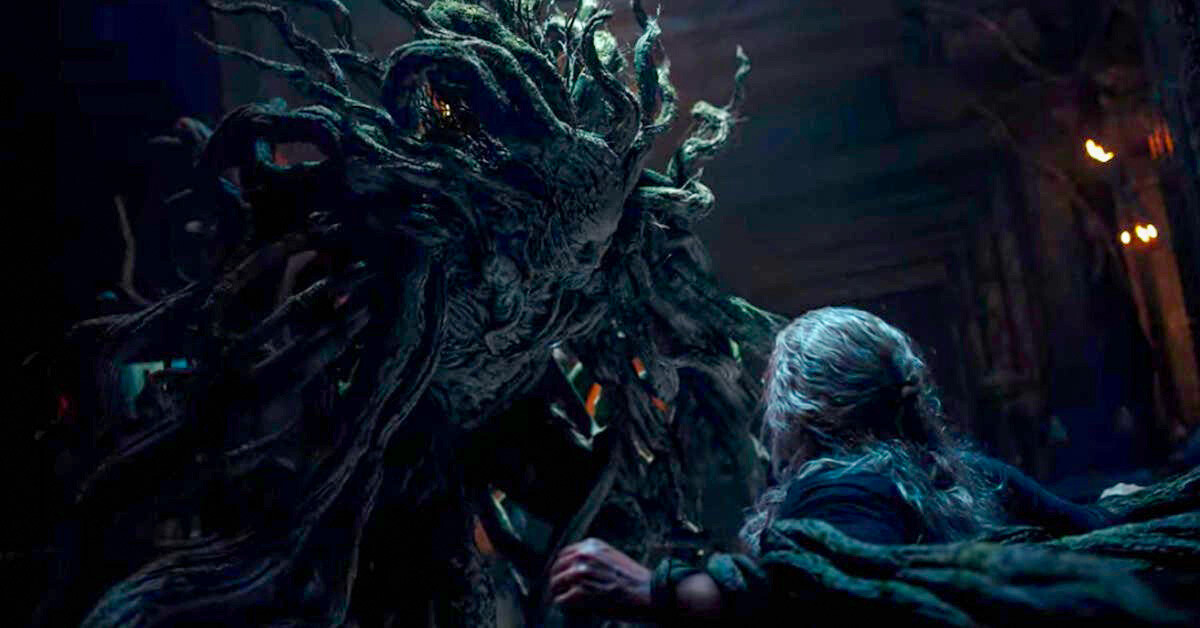 But fighting ‘leshy’ is a bad idea. It doesn’t even need to be aggressive, as it encompasses all the power of the forest inside itself. So, however spectacular the fight between Vesemir and Geralt, on the one side, and Eskel, infected by ‘leshy’, on the other, could never have happened in a Slavic folklore. Fighting a ‘leshy’ would be something unthinkable for a Russian. No Russian folk tales ever tell about anyone killing a ‘leshy’. Wounding or trying to wound it would result in an untimely death. 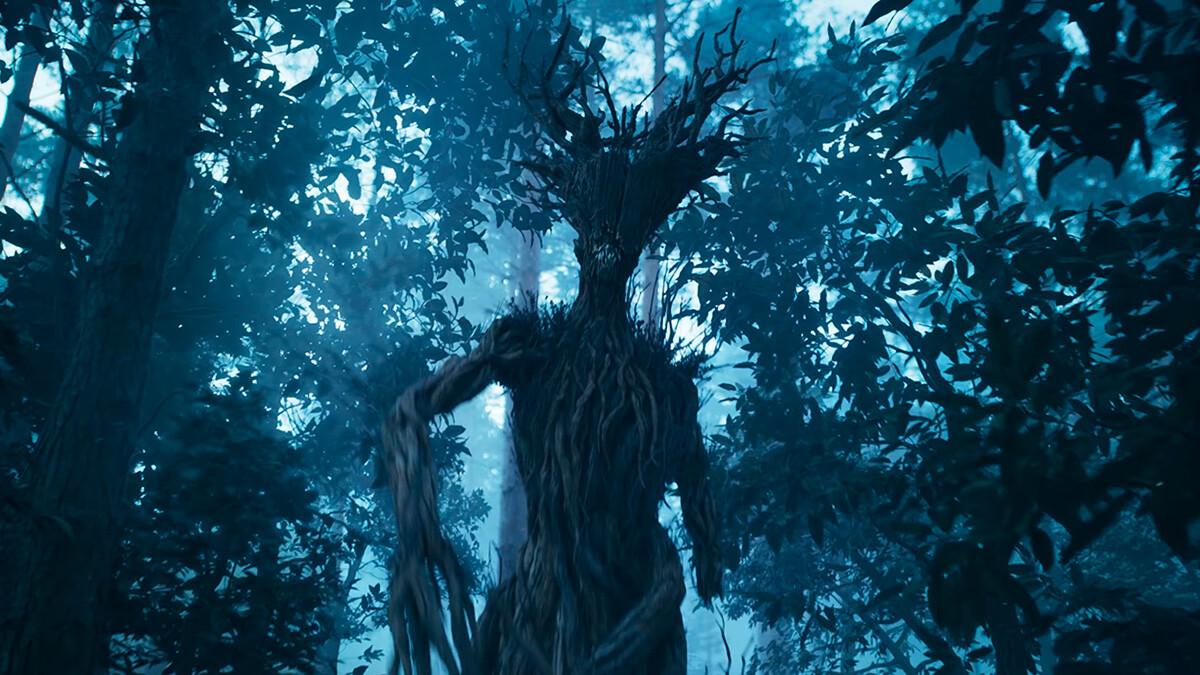 Tree-like 'leshy' in "The Witcher"

So when Vesemir says, “fire to the heart is the only thing that puts [a ‘leshy’] down,” it’s just something not related to Slavic folklore.

Also, a ‘leshy’ cannot “infect” anyone and make them turn into a ‘leshy’-like creature – ‘leshies’ are not worldly entities and would not share their likeness with a human being.

‘Leshy’ always appears in inclement weather, is rarely seen in plain sight and can’t operate outside its forest 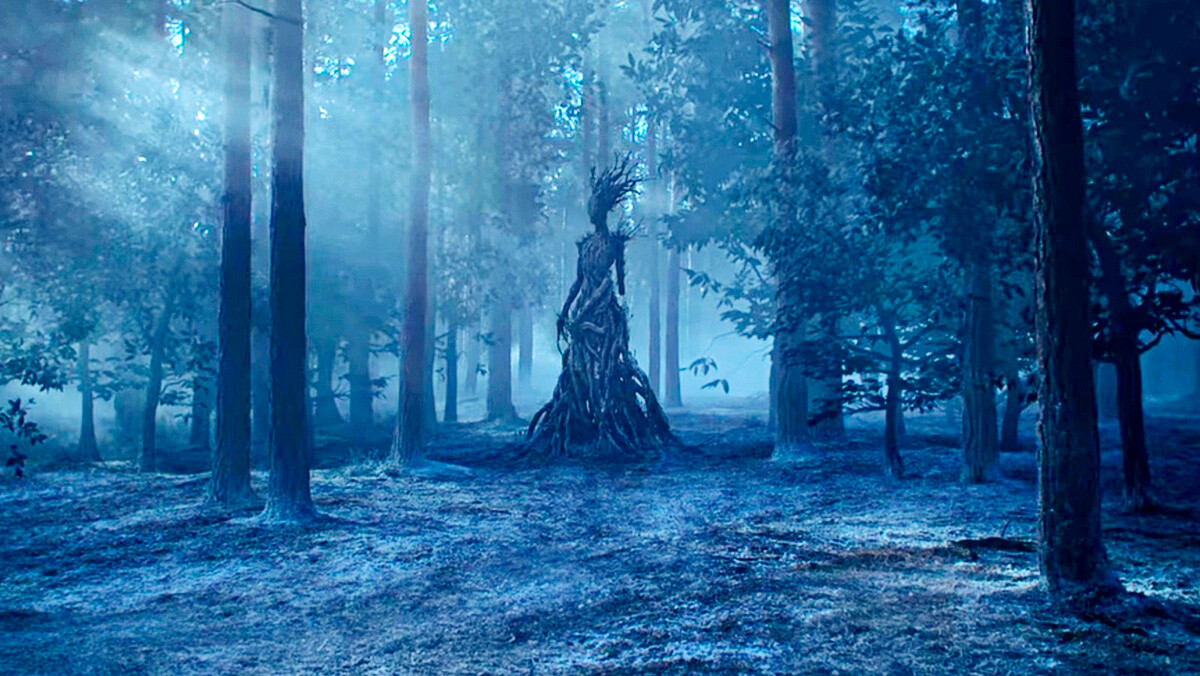 A lonely, exposed leshy in plain sight among still vegetation – something from a Netflix movie, not from a Slavic tale.

When Geralt and Ciri encounter a ‘leshy’ in the forest (Episode 3), they approach it amidst silence and see it standing still between the trees (looking like a tree, again). In Slavic folklore, this couldn’t happen. A ‘leshy’ is always associated with heavy gusts of wind, low visibility, noise and thunder. Russian ethnographer Alla Nikitina writes that a ‘leshy’ “is always on the move, it hates peace and immobility”.

What ‘The Witcher’ got right about the ‘leshy’ in this episode, however, is its loud screeching and screaming sounds. ‘The Barker’ was one of the names Russian peasants gave the ‘leshy’, because it is associated with noises forest animals make.