These celebrities are crazy about Russian literature 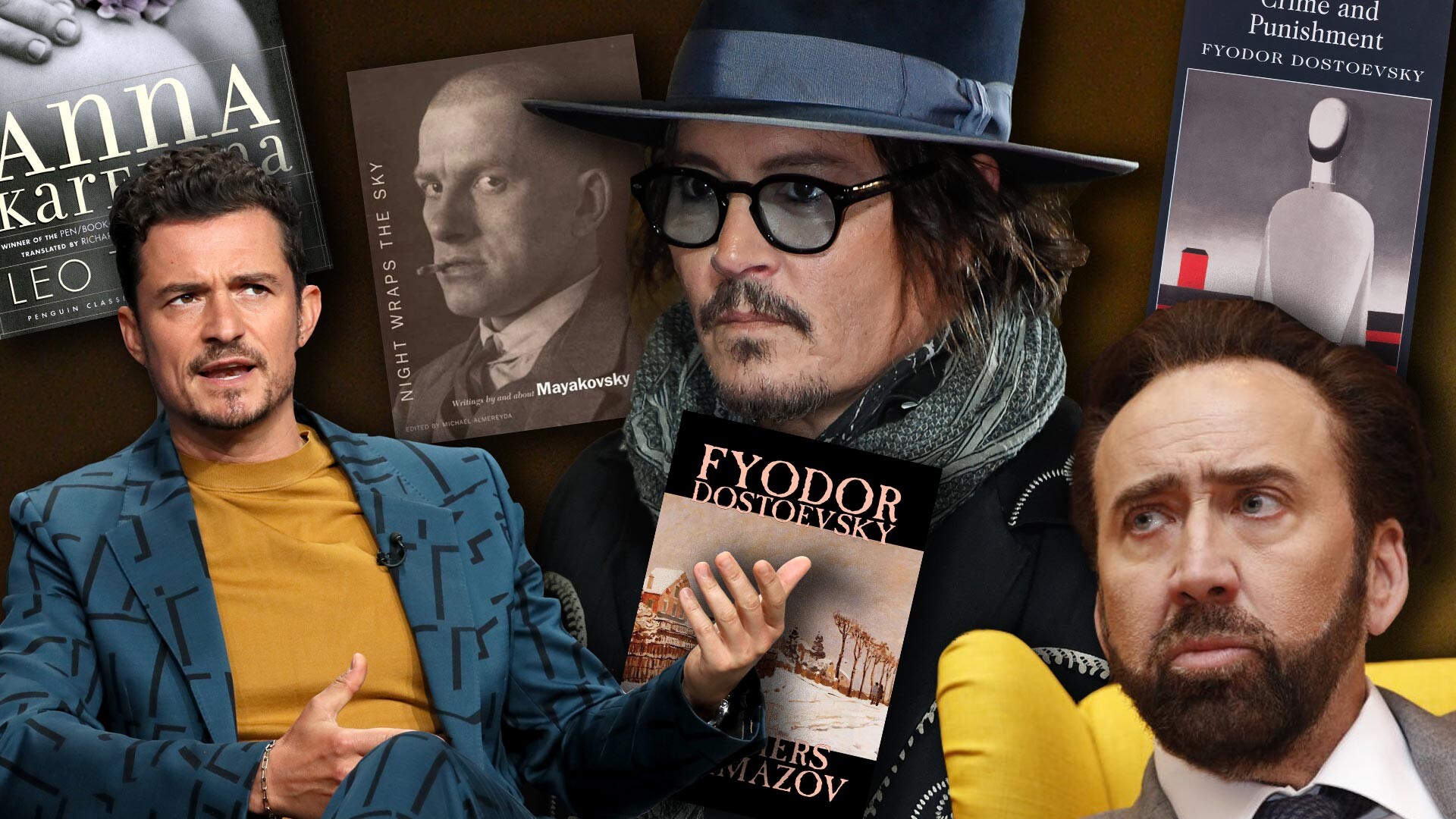 Russia Beyond (Photo: Getty Images)
Hollywood actors and famous Western writers and directors love Tolstoy, Dostoyevsky... and not only. 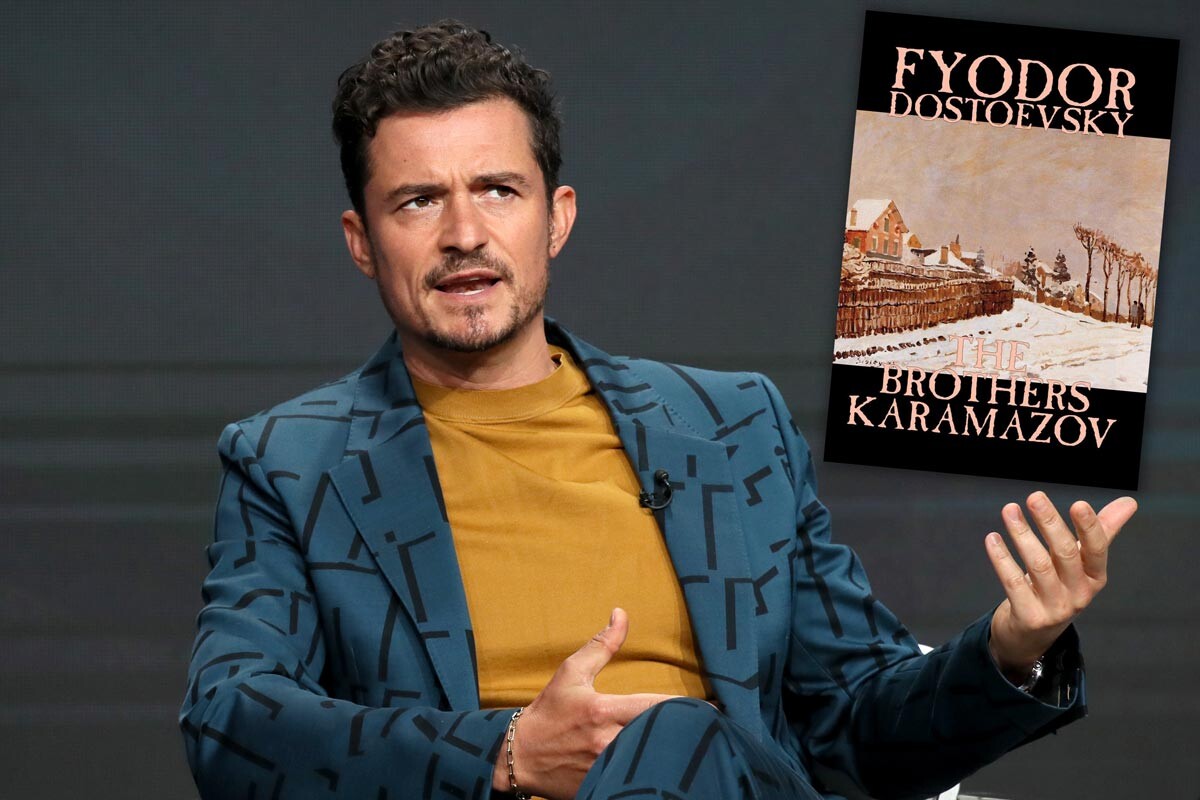 The most famous example, already a popular meme, is Orlando Bloom reading Dostoevsky’s The Brothers Karamazov in the park. Photos of the actor went viral, with users noting that Bloom must have penetrated the full mystery of the Russian soul... judging by his gamut of facial expressions. 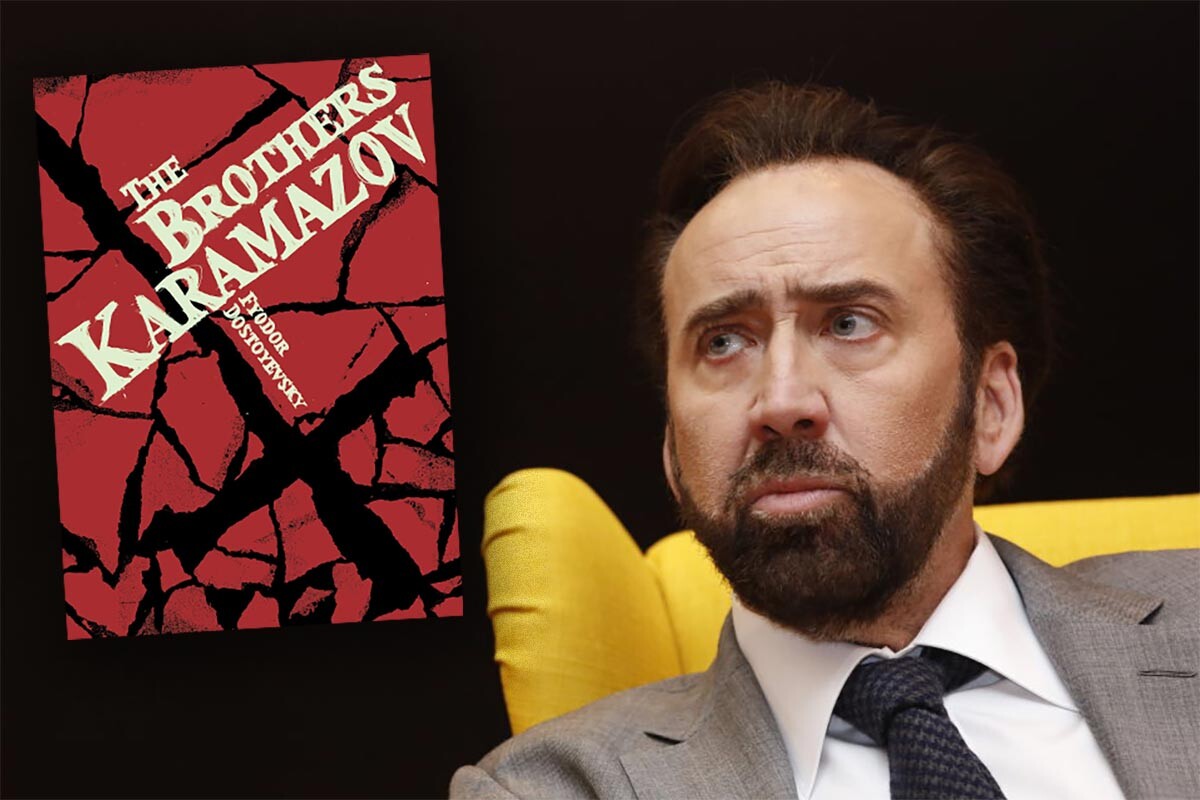 Another fan of The Brothers Karamazov is Nicolas Cage. At a press conference in Moscow in 2016, the Oscar winner admitted that his dream is to read it in the original. “I love Dostoevsky, above all The Brothers Karamazov, but I realize I read him in translation. I’d love to know what Dostoevsky really had in mind, to become imbued with the poetry of his words.”

All Hollywood and Fyodor Dostoyevsky’s Crime and Punishment 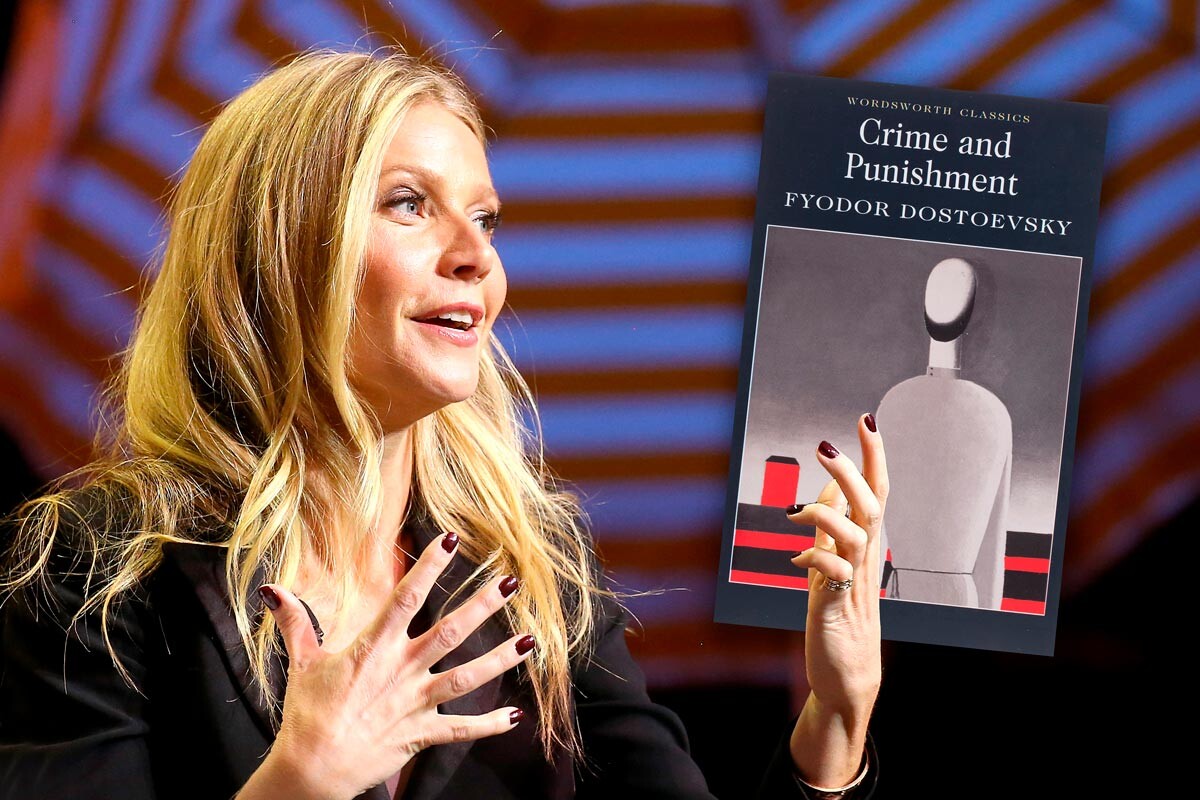 The great writer’s most famous novel has been read by (almost) everyone in Hollywood: Jim Carrey, Daniel Radcliffe, Gwyneth Paltrow... The latter admitted being horrified that she identified herself with Raskolnikov — not as a murderer, mind, but as someone who understands something is wrong, but still does it: “I couldn't identify with him as a killer, but I could understand what it means to know that something's wrong but do it anyway. I was 17 when I read it, and the feeling of having betrayed one's sense of right and wrong—and then living with the consequences—was something that I could completely identify with.” 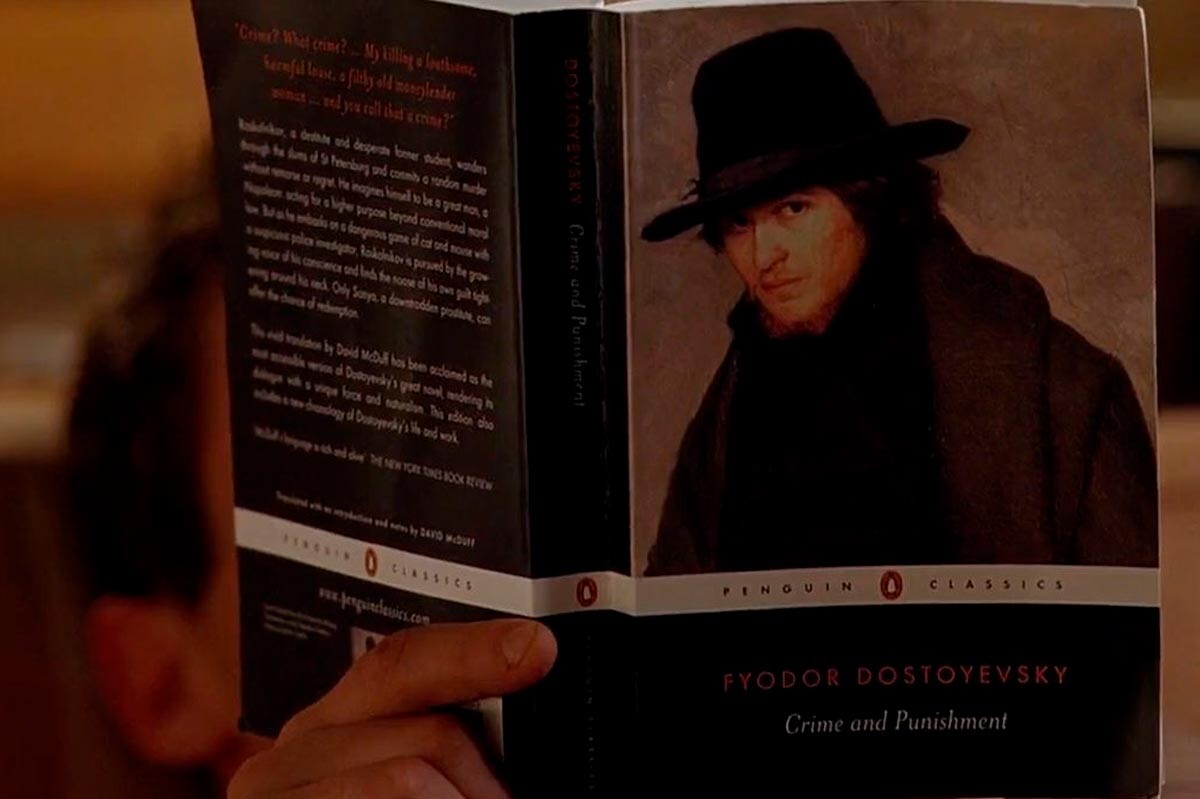 A still from 'Match Point' movie

Crime and Punishment also inspired Woody Allen’s Oscar-winning screenplay for the movie Match Point. A copy of the book is seen on the bedside table of the protagonist Chris (Jonathan Rhys Meyers), who later commits a grisly crime. And then justifies it philosophically. Dostoevsky (and Russian literature in general) is known to have exerted a huge influence on Allen’s work. “I don’t think that one can aim more deeply than at the so-called existential themes, the spiritual themes,” said the director. 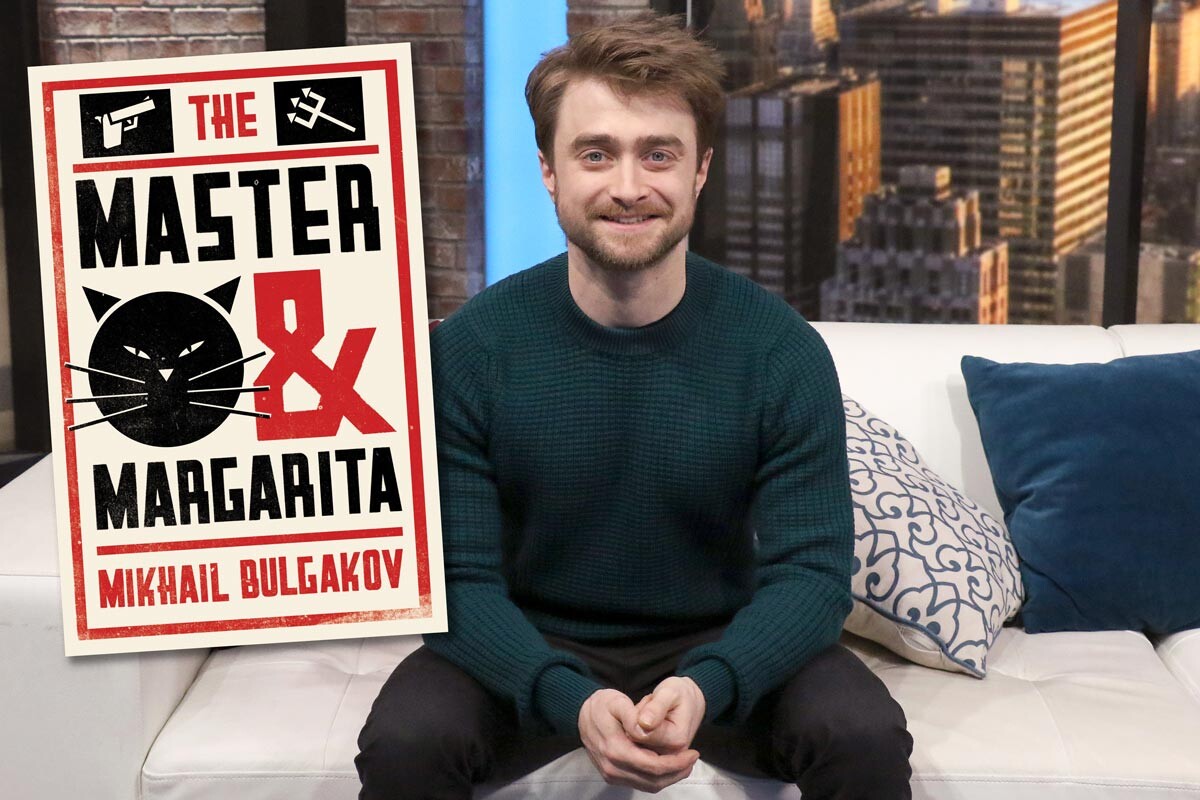 The Harry Potter star is an avid reader. Among his favorite authors, he names the Russian satirist Mikhail Bulgakov, whose novel The Master and Margarita is one of his top book recommendations. 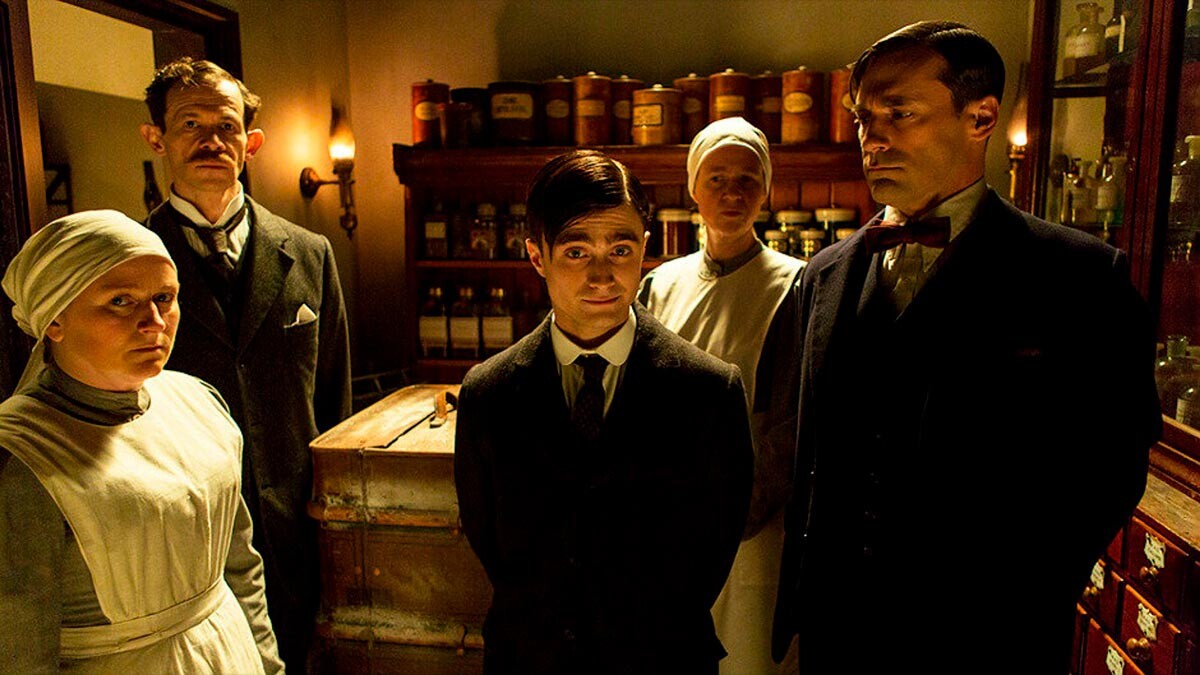 A still from 'A Young Doctor's Notebook'

What’s more, Radcliffe brilliantly plays the lead role in the series A Young Doctor’s Notebook, based on Bulgakov’s book of the same name. 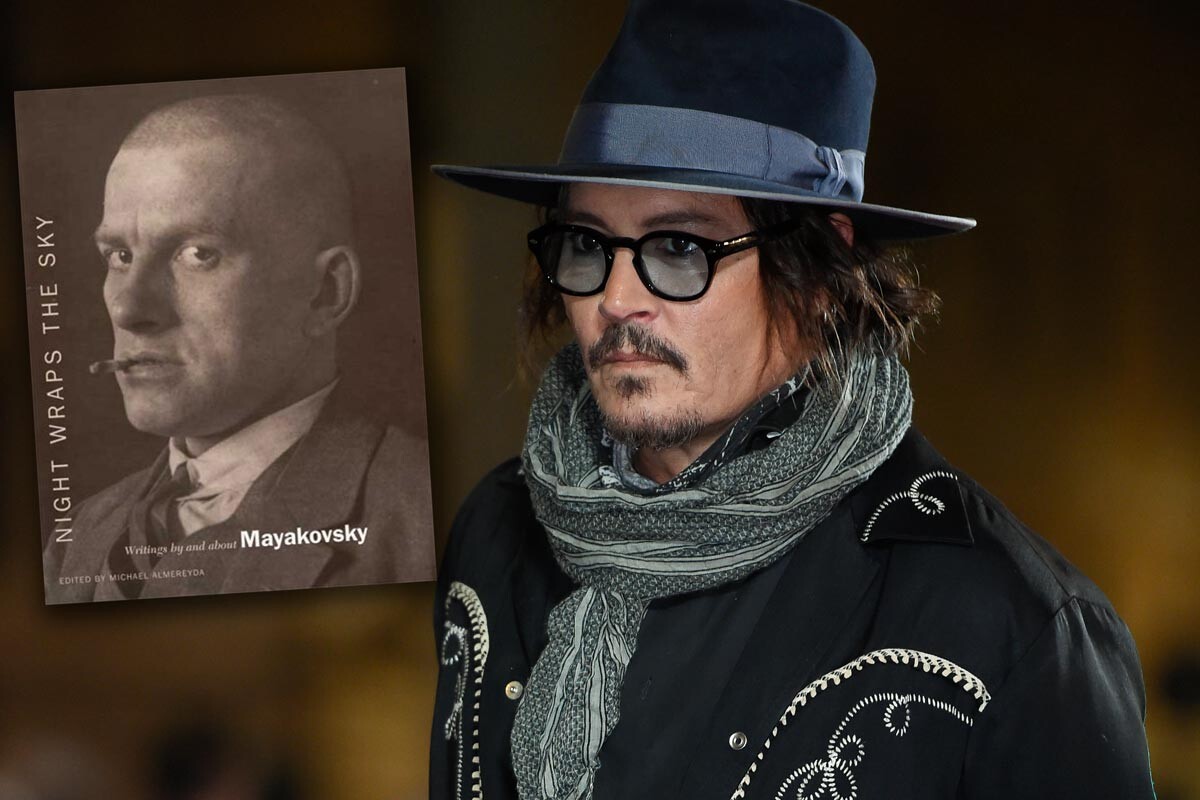 Who’d have thought that Hollywood’s top pirate is crazy about the poetry of Vladimir Mayakovsky? In 2018, Depp came to Moscow to perform with the supergroup Hollywood Vampires. Before the concert, he dropped by the Lenin Mausoleum, the Kremlin and... the Mayakovsky Museum. During a private viewing, the actor admitted he had long dreamed of visiting, having read Mayakovsky voraciously since adolescence, admiring "his passion, drama, drive and incredible forcefulness.”

It all started after he bought a book of Mayakovsky poems simply for the portrait on the cover: "When I saw that shaved head and unkind face, I thought, oh, that’s definitely for me!" 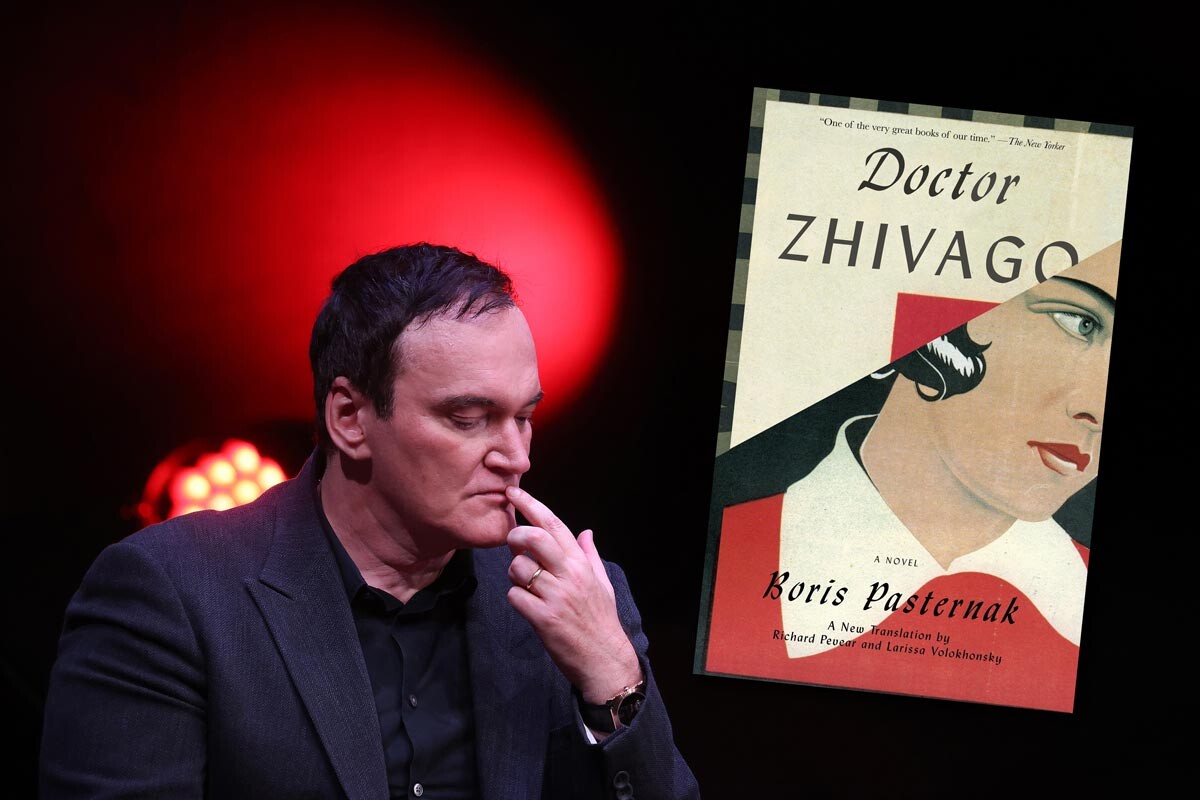 Another meme was born from an image of Tarantino crouching pensively by the grave of Boris Pasternak. Believe it or not, when the director came to Moscow in 2004, his very first port of call was the cemetery where lies the illustrious author of Doctor Zhivago. 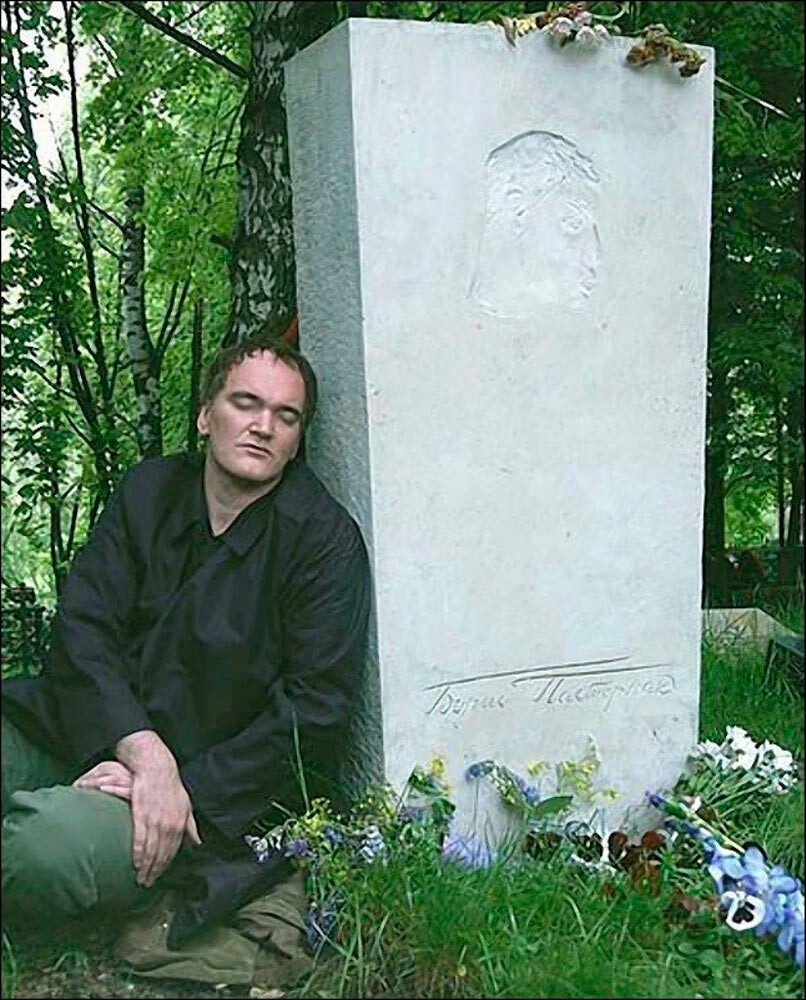 Tarantino spent around half an hour at the tombstone, and later announced that he had touched souls with his literary hero. 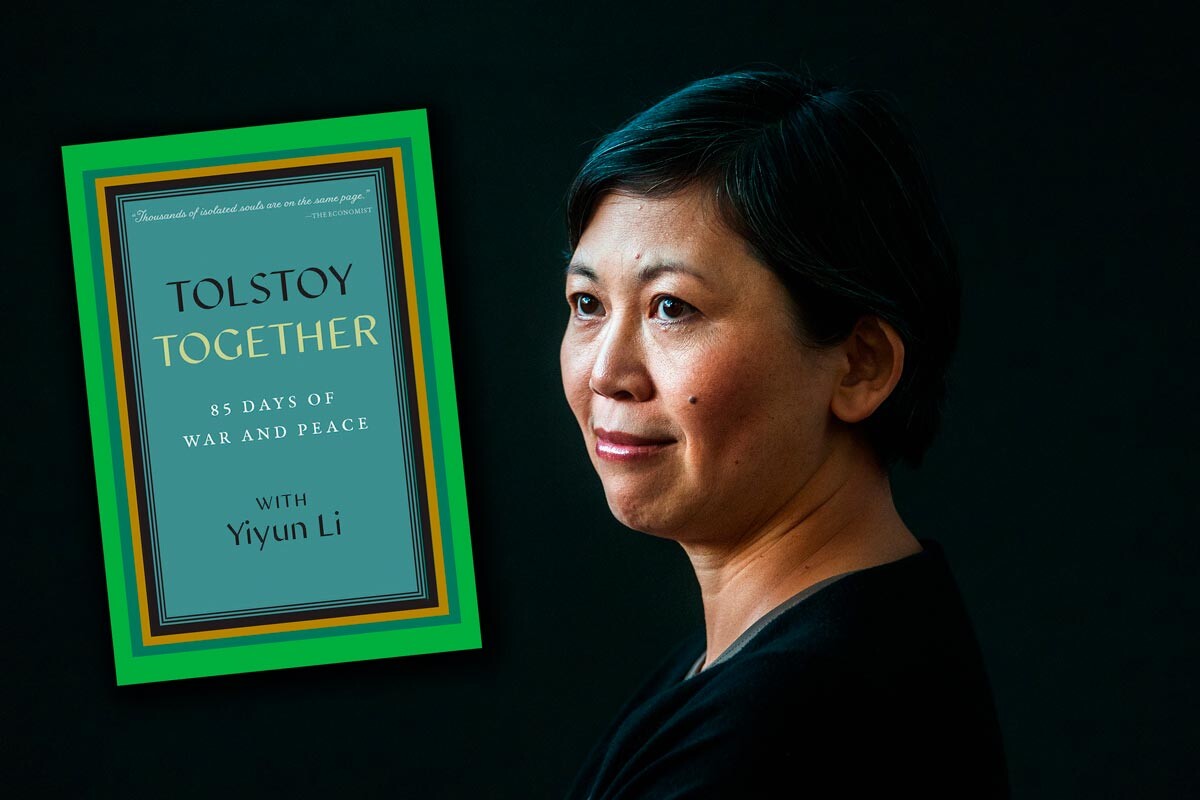 In March 2020, at the very start of the pandemic and lockdown, the Chinese-born American writer Yiyun Li decided to launch a joint reading and discussion of War and Peace. Li and her online listeners from all corners of the globe did not part company with Tolstoy for 85 days (and shared their impressions on social media under #TolstoyTogether).

For many, it was their first acquaintance with the legendary doorstop, but Li, it turns out, ploughs through it every year! “I’ve found that the more uncertain life is,” Yiyun Li writes, “the more solidity and structure War and Peace provides.”

True to form, in September 2021 she repeated the readathon. 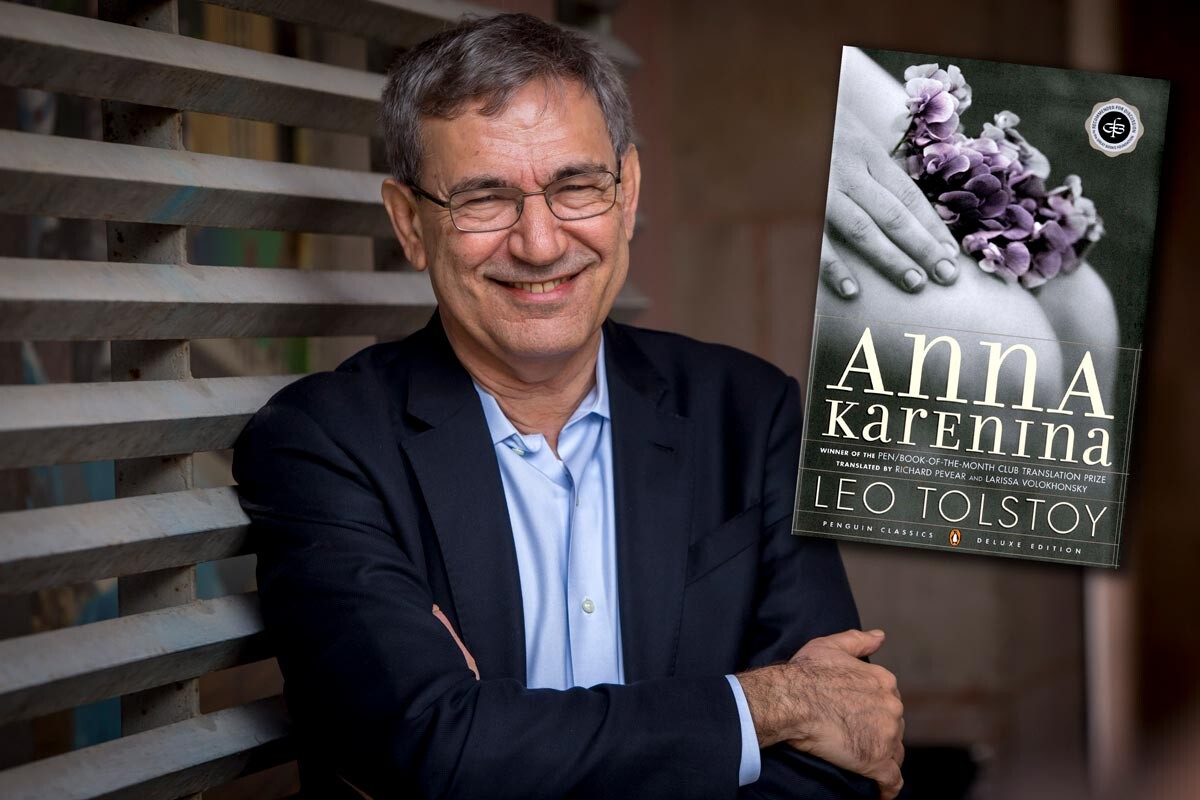 Another heavily influenced by Tolstoy is the Turkish living classic author Orhan Pamuk. At the Yasnaya Polyana Literary Awards, founded by the Leo Tolstoy Museum Estate, Pamuk stated that when he was just starting out as a writer, he hung on the wall a copy of a portrait of Leo Tolstoy by Ilya Repin. Thus did the great bearded sage watch over him as he penned his first works.

“I think that Anna Karenina is the best novel ever written.” Having read it so many times, he knows the text almost off by heart and shares his knowledge with students at Columbia University. 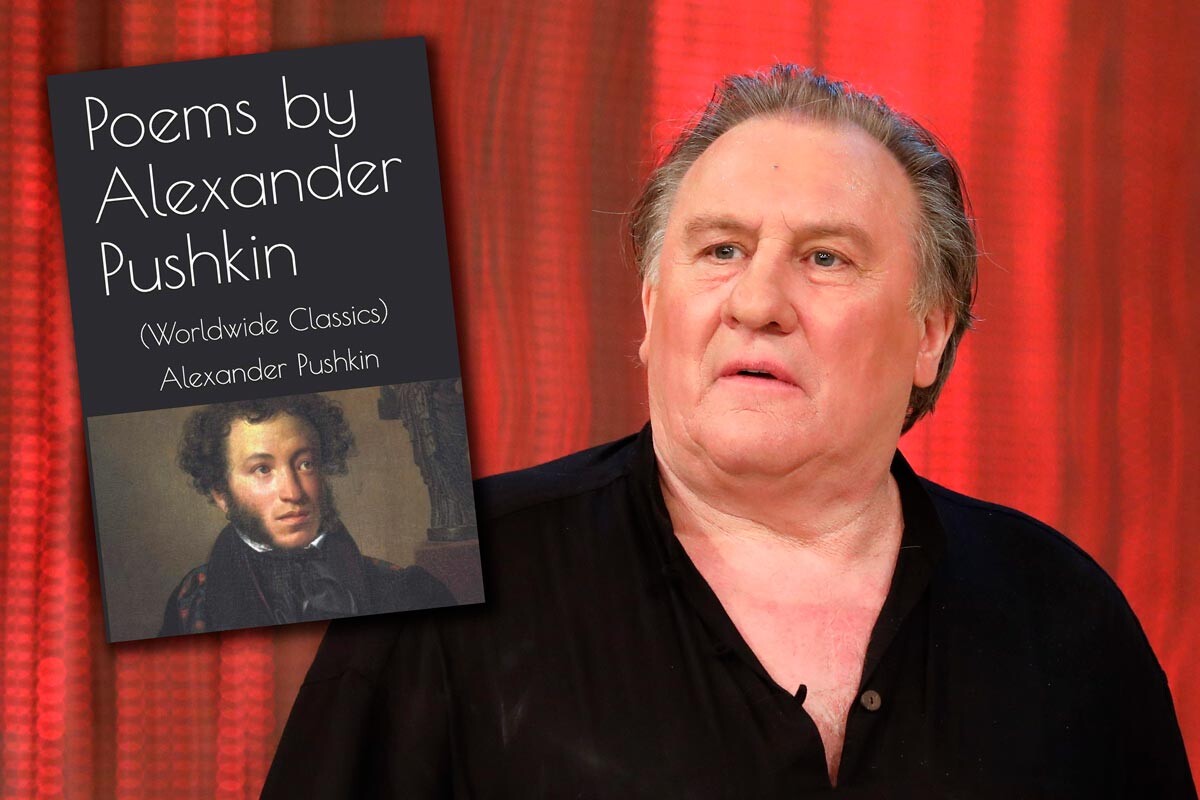 As a real Russian (the French actor took Russian citizenship in 2013), Depardieu loves Russian poetry, and even reads a little in Russian. In 2018, he took part in a concert dedicated to the 80th anniversary of singer-songwriter Vladimir Vysotsky, and admitted from the stage that he loves three Russian poets above all: Pushkin, Lermontov (he even quoted a line from the poem Borodino in Russian: “Tell me, uncle, surely not for nothing...”) and Vysotsky himself. In the late 1970s, Depardieu was even due to star in a film based on the story Viennese Holidays by Vysotsky and Eduard Volodarsky, but the project did not go ahead.

Emir Kusturica and (not only) Fyodor Dostoevsky 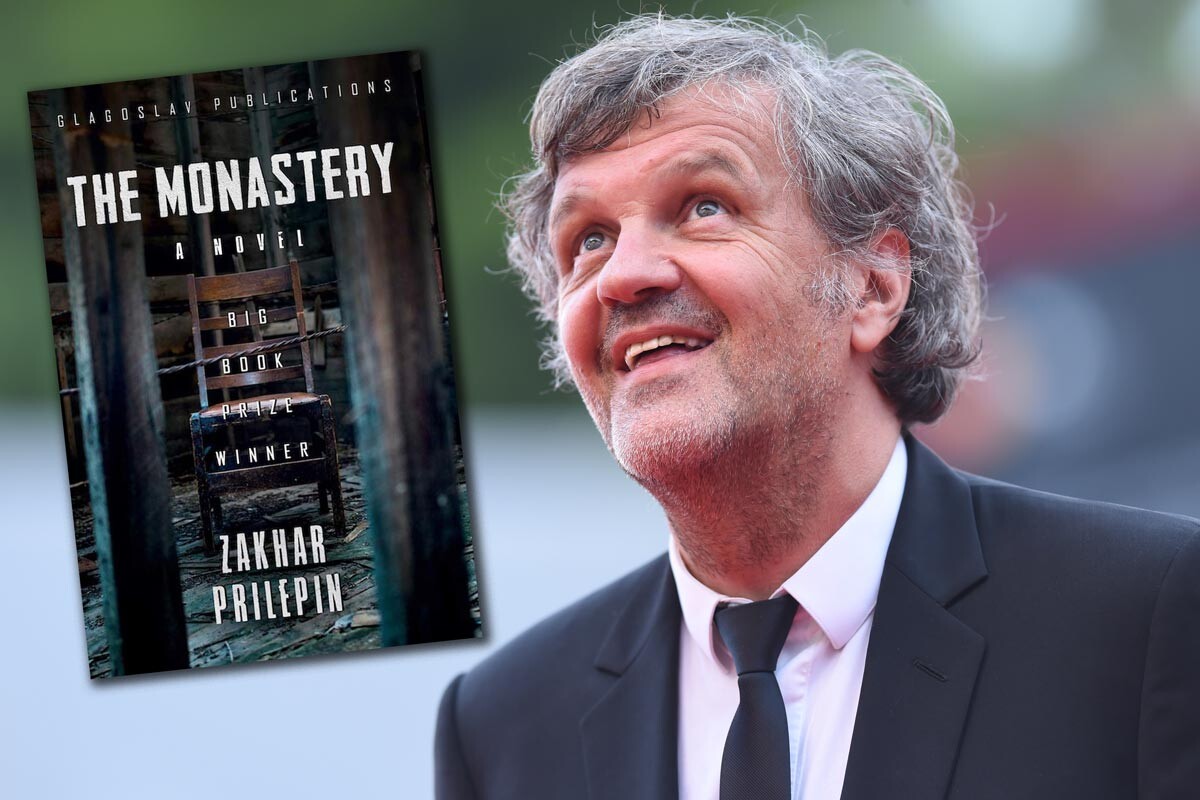 In 2019, the Serbian director spoke of his “strong affinity with the classics of Russian literature and cinema.” And his main spiritual guide is Fyodor Dostoevsky. “Dostoevsky is always on my agenda. Not a day that goes by when I don’t ponder him and his works.” Kusturica additionally announced he was writing a book based on Crime and Punishment and plans to turn it into a movie, perhaps even in Russian!

Kusturica also highly rates and even wants to cinematize the tale The White Cloud of Genghis Khan by Kyrgyz writer Chingiz Aitmatov, as well as transfer Mikhail Lermontov’s A Hero of Our Time to the present day. The director admitted to being a fan of the work of the modern author Zakhar Prilepin, whose novel The Monastery is one of the best books he has read in the past decade.