How a Russian sculptor fights vandals by carving images of hares 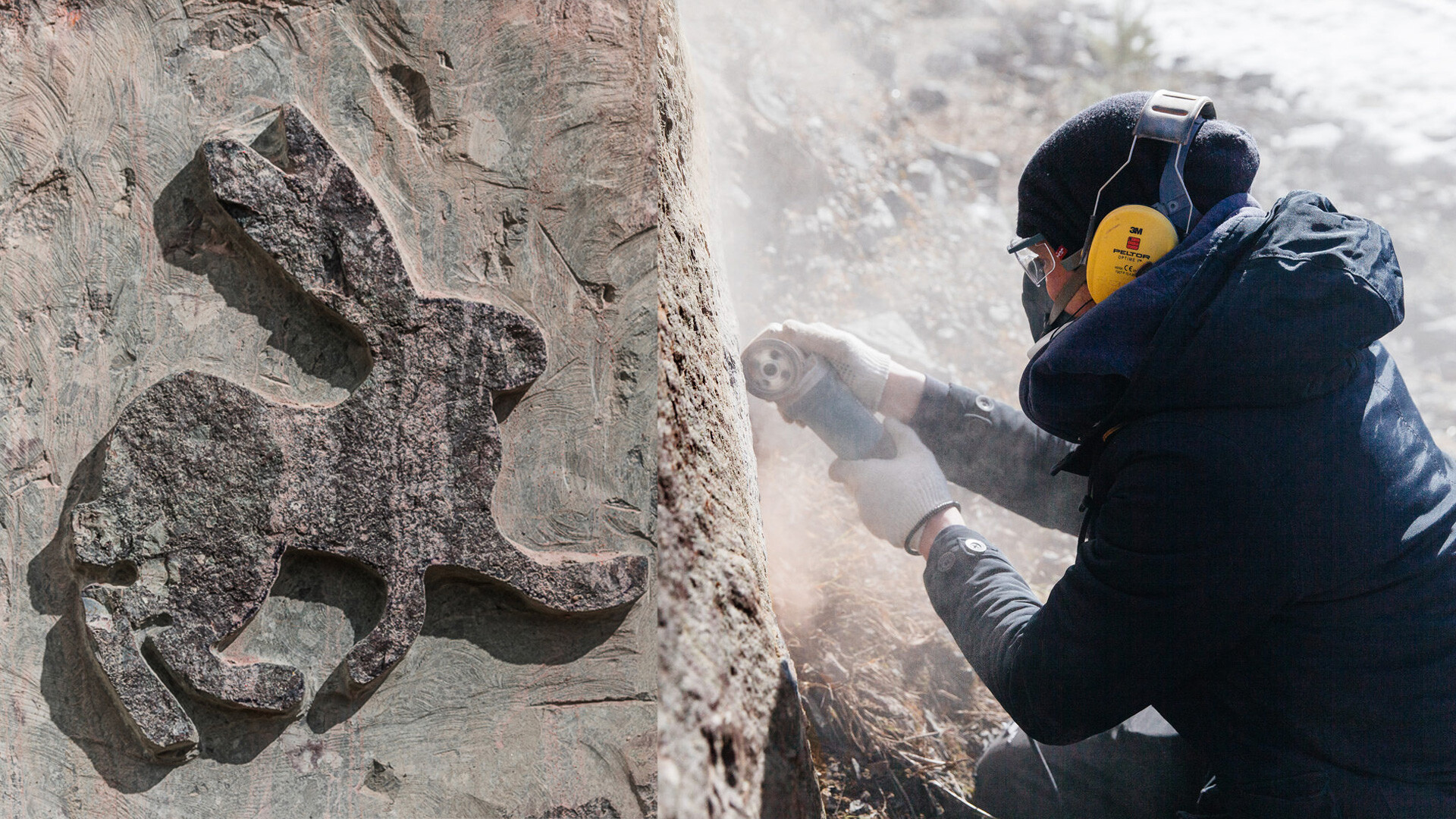 Valley of the Hares
The first thing that comes to mind when you see hundreds of rock-carved hares is that it must be ancient art. But it turns out the sculptor is still very much alive and kicking.

“Passing by in my car, I thought it was an ancient rock painting, but it turned out to be a cool art project” – this and other reviews come from tourists who accidentally stumble across the “Valley of the Hares.” 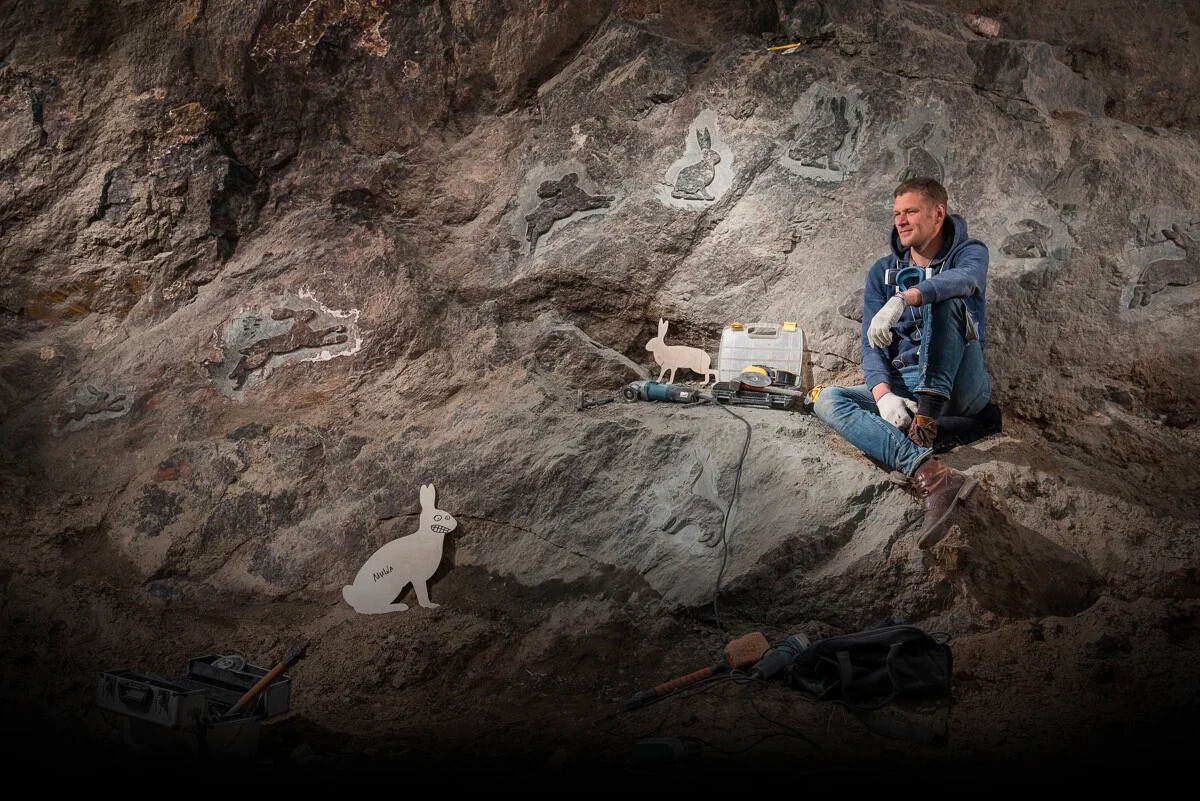 The nature of the Russian northern region of Karelia is made up of coniferous forests and rocky landscapes. Now, hundreds of hare-shaped figures have appeared on a rock by the roadside just a few miles from the regional capital, Petrozavodsk. They run, fly, wave their paws, scratch behind their ears, wink merrily or gaze thoughtfully at passers-by. But these are not ancient petroglyphs, rather a piece of art designed to save the natural beauty from vandals. 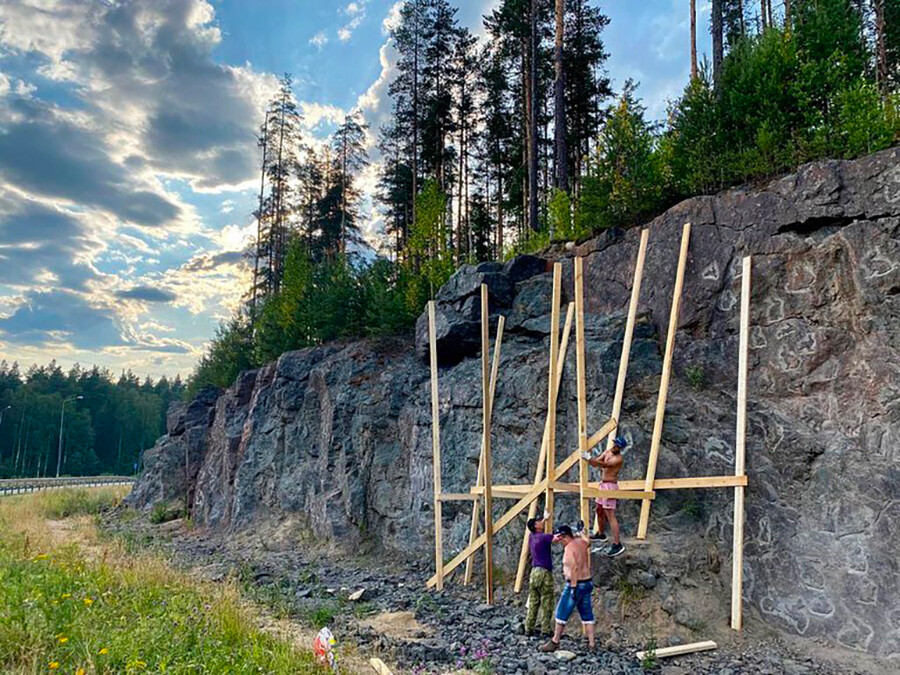 The creator of this menagerie is Karelian sculptor and gallery owner Sergey Gapanovich. For many years now, he has observed how the local cliffs have been disfigured by graffiti, and so decided to create rock carvings that would decorate, not ruin, the landscape. Hares popped into his head, he says, in a dream.

“My main goal was to try something I’d never done before. I wanted to create a new point of attraction and watch it change,” explains Sergey. He calls his nature-based artwork the “Valley of the Hares.”

A hare for everyone 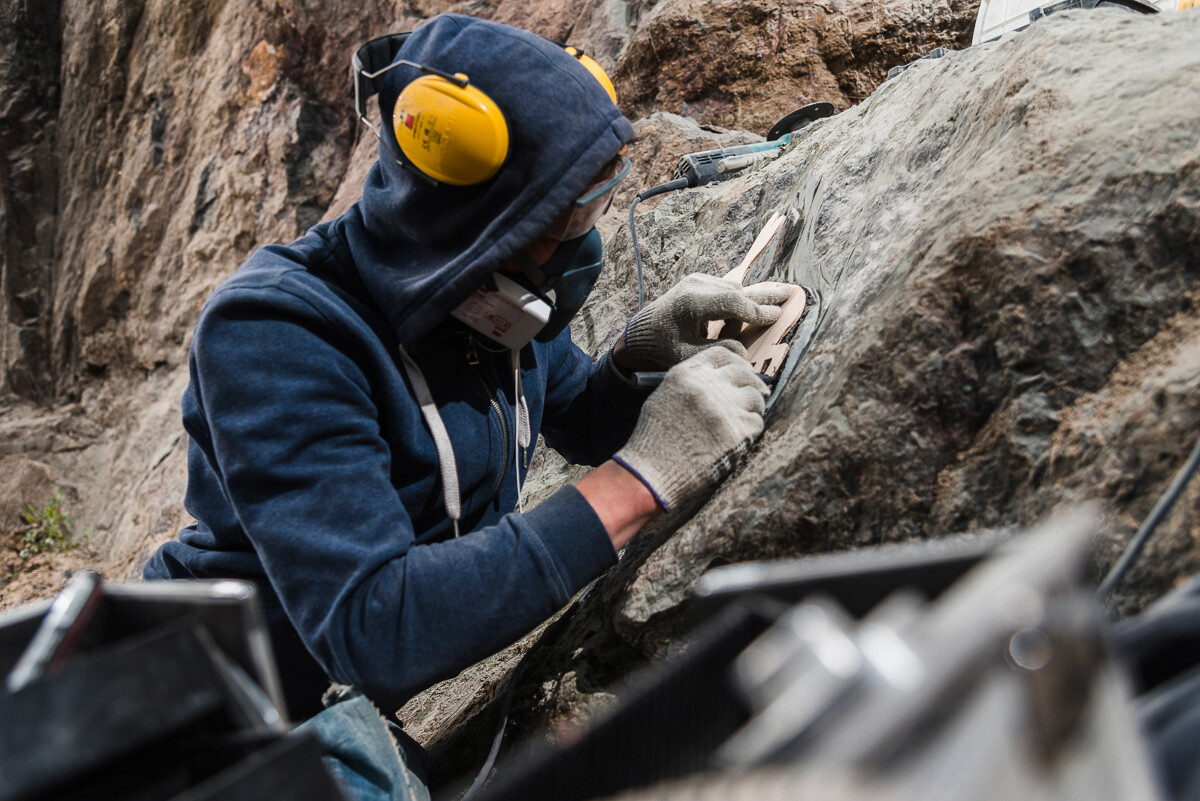 Sergey's plan first involved cleaning off the graffiti and then replacing it with his own creations. It took three whole years to get approval from the Karelian authorities, but finally, in 2018, he created his first rock figurines using a stencil and disk sander. Each takes 2-3 hours, depending on the complexity and location: to reach the highest points, he had to put up scaffolding. 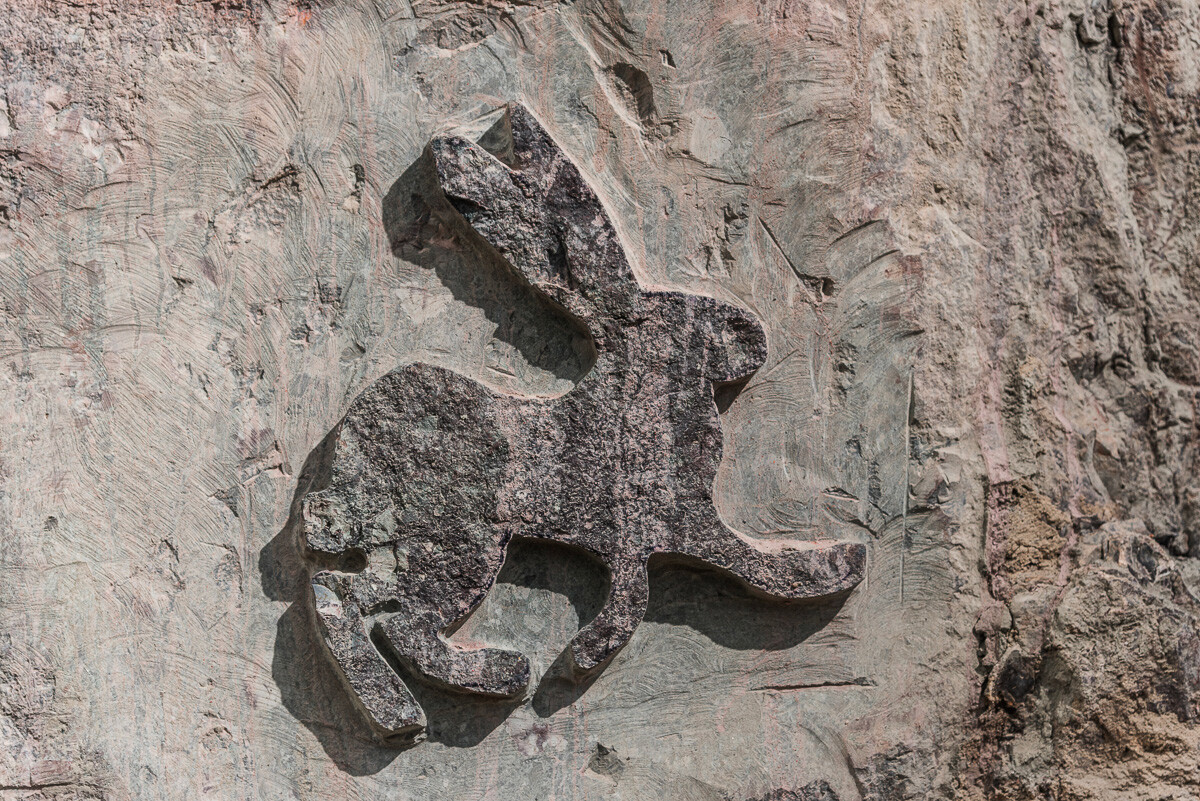 The fickle Karelian weather didn’t help either: he could only work in fine conditions. The project is non-commercial, so to recover at least some of the cost of the operation, Sergey invited subscribers in social networks to sponsor their own personal hare at 5,000 rubles ($65) a pop.

The idea received a welcome response, and today about 600 bunny statues adorn the rock. Many already have numbers and certificates, which Sergey sends to their “owners.”

“There are many stories associated with these figures. When I look at the rock, I recall how this or that hare appeared and who it’s connected to,” says the sculptor. 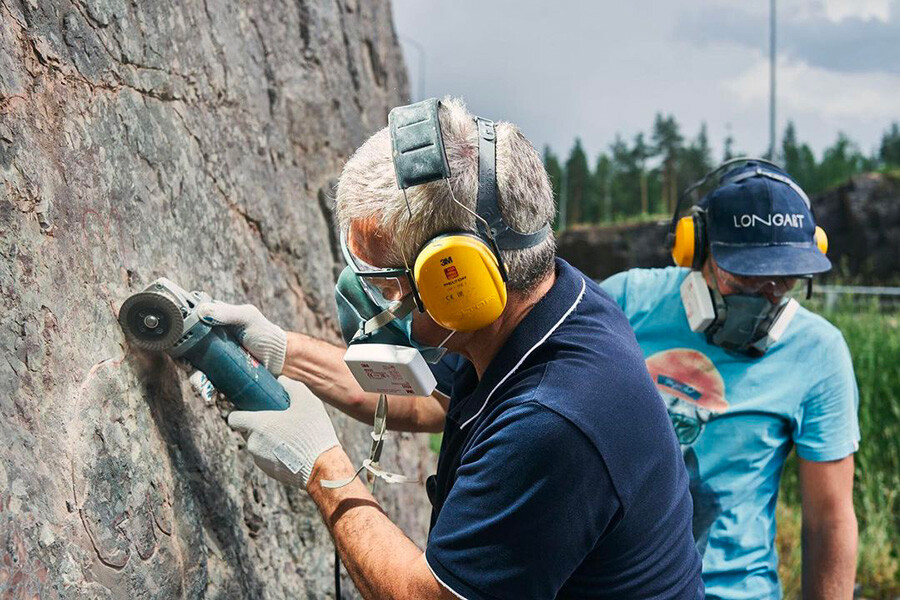 The governor of Karelia carving a hare.

The sharp-eyed tourist will also spot another figure on the rock that resembles an ancient lizard.

“I carved it recently and call it Vasya Karp, don’t ask me why. It would be great to create more images each with its own backstory.”

The “Valley of the Hares” has become not only a tourist attraction, but a romantic destination. “I don’t know why, but it’s become a popular site for marriage proposals. I know of three in the last year alone,” Sergey is surprised. 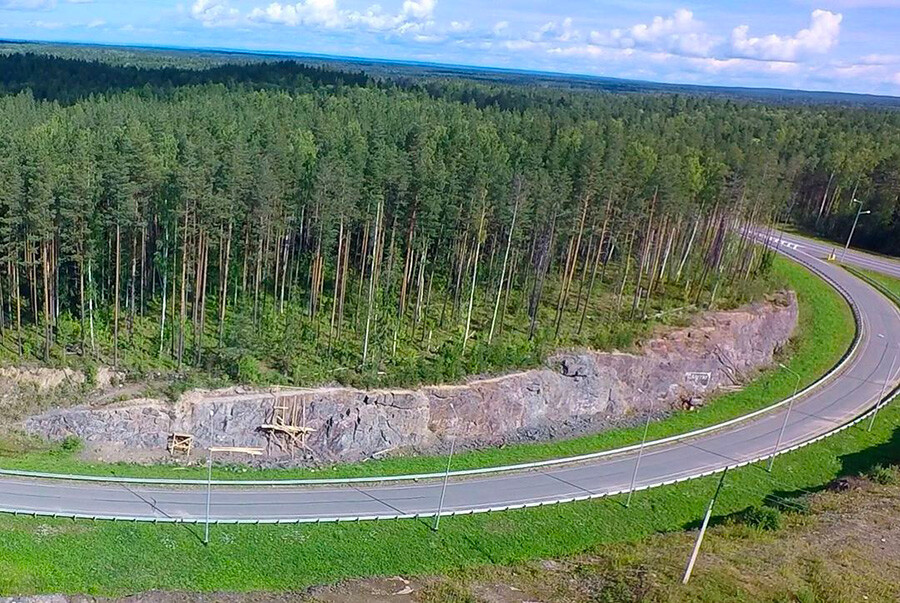 Sergey’s initiative to spruce up the rocks was embraced by local residents. Although many says there’s no need to decorate the rocks, just to clean them.

“I read all the comments and in 2019 proposed a rock-cleaning project, as I already had experience. As a result, the administration of Karelia allocated money and hired people, and this year all the rocks in our republic have been cleaned up.” 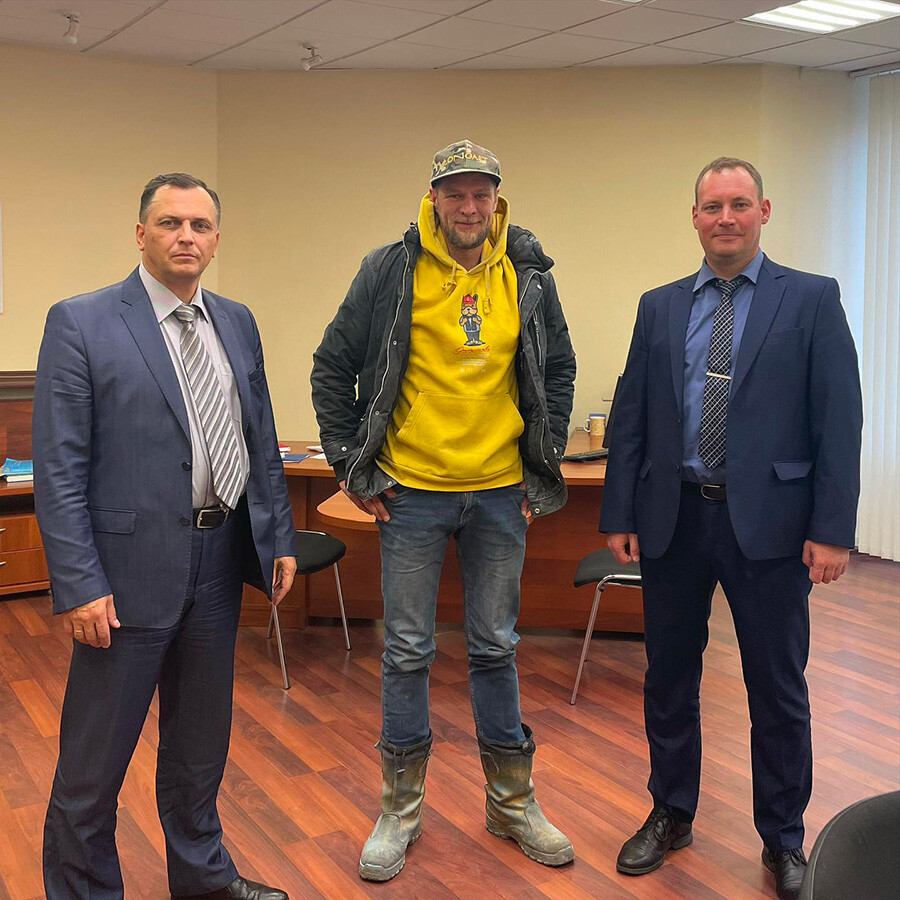 Sergey and the administration of Karelia.

Sergey cannot be 100% sure that vandals will no longer spoil the rocks, but he hopes that people find a different outlet to express themselves (for example, by creating their own interesting rock artwork). Now he is seeking approval to decorate a rock several times larger in many different colors. “The work will be called ‘Darling, I did this while waiting for your call.’ A love story.” He also suggests that the Petrozavodsk authorities give the city’s central park a makeover. “We have a cool park area which you can walk through to the embankment, but no one knows about it.” 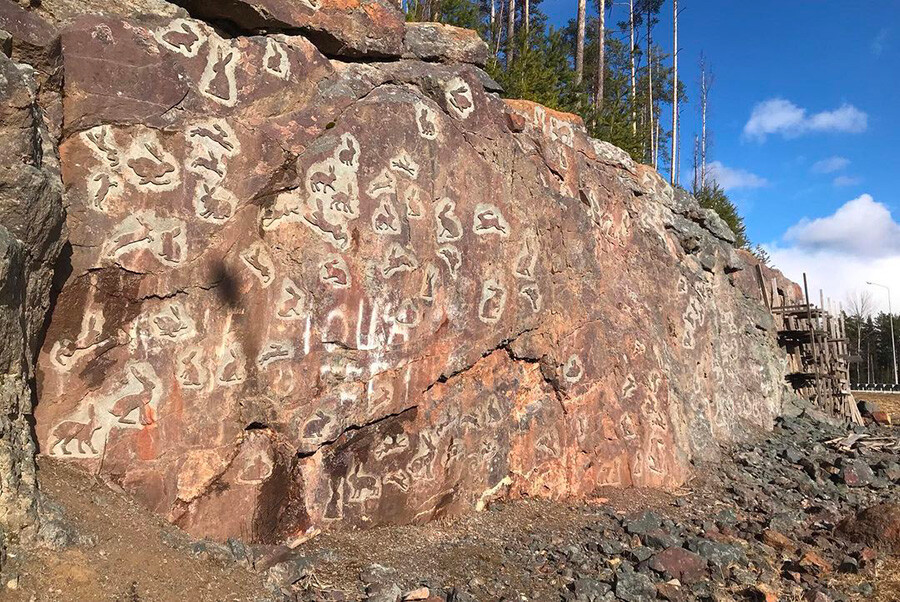 Sometimes Sergey gets creative right there on the streets of Petrozavodsk, creating stone sculptures in an urban setting.

“I’m for turning Petrozavodsk into a capital of culture, let’s hold art festivals here. We have Yekaterinburg, the capital of street art, and everyone thinks every student there draws graffiti, but it’s not true, of course. There was just a group of artists who rocked the city. I want to rock Petrozavodsk.”

His carvings have already “rocked” the region, quite literally.