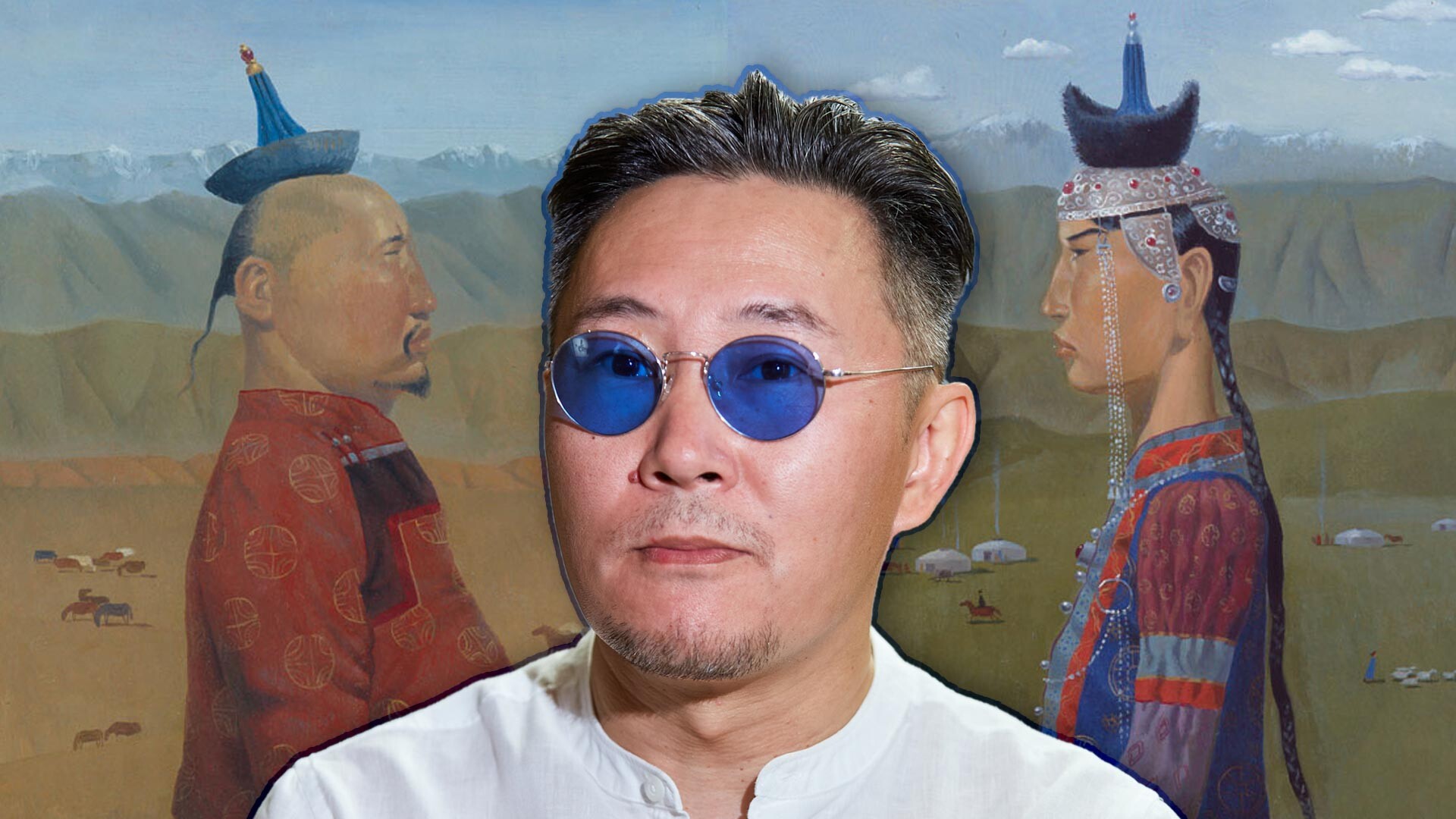 Courtesy of Khankhalaev Gallery
Eastern fairy tales and national legends of Buryatia come alive on the canvases and in the sculptures of this artist.

The authentic folk traditions of the nomadic Buryat people and their mystical folklore, mixed with Buddhist notes, have given a powerful creative boost to more than one generation of artists. Among them are Dashi Namdakov, a native of a Buryat village in Zabaikalsky Territory of Russia, whom we told you about here. And Zorikto Dorzhiev (or just ZORIKTO), whose works are exhibited on both sides of the Atlantic Ocean.

Zorikto Dorzhiev was born in 1976 in Ulan-Ude, the capital of the Russian republic of Buryatia.  Ivolginsky datsan, the main Buddhist center of Russia, is situated 36 km away from the city, while, in the city, even the Orthodox cathedral resembles a Buddhist stupa. Not far away is Lake Baikal and, on the other side, is Mongolia. This is the land of shamans and eastern folk beliefs, where the steppe and the memory of nomadic ancestors are all around. 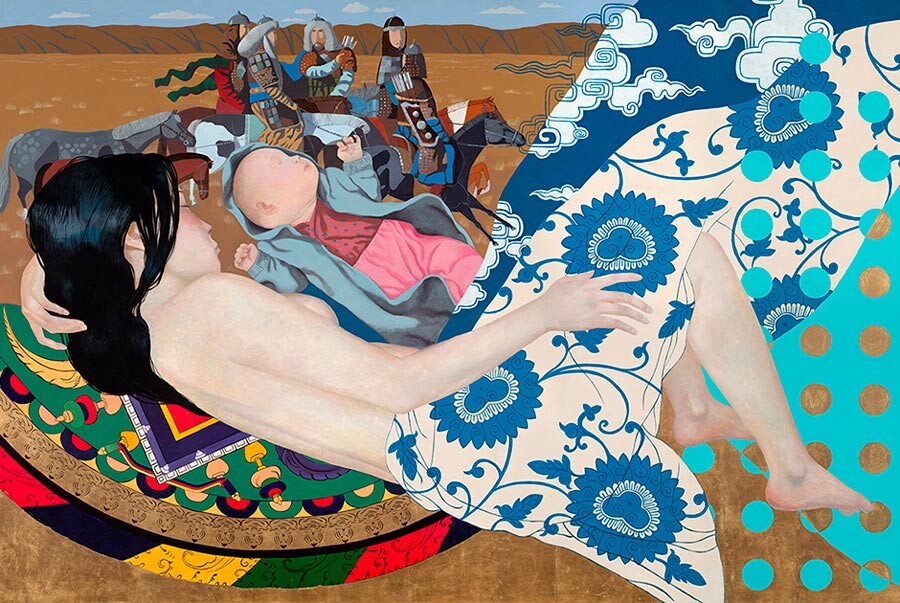 In his hometown and, later, in Krasnoyarsk, Zorikto received an academic art education. So, the ethnic background in his work is mixed with the classical ideas of composition, form and color. His art pays tribute to the heritage of Buryat nomads and local legends. 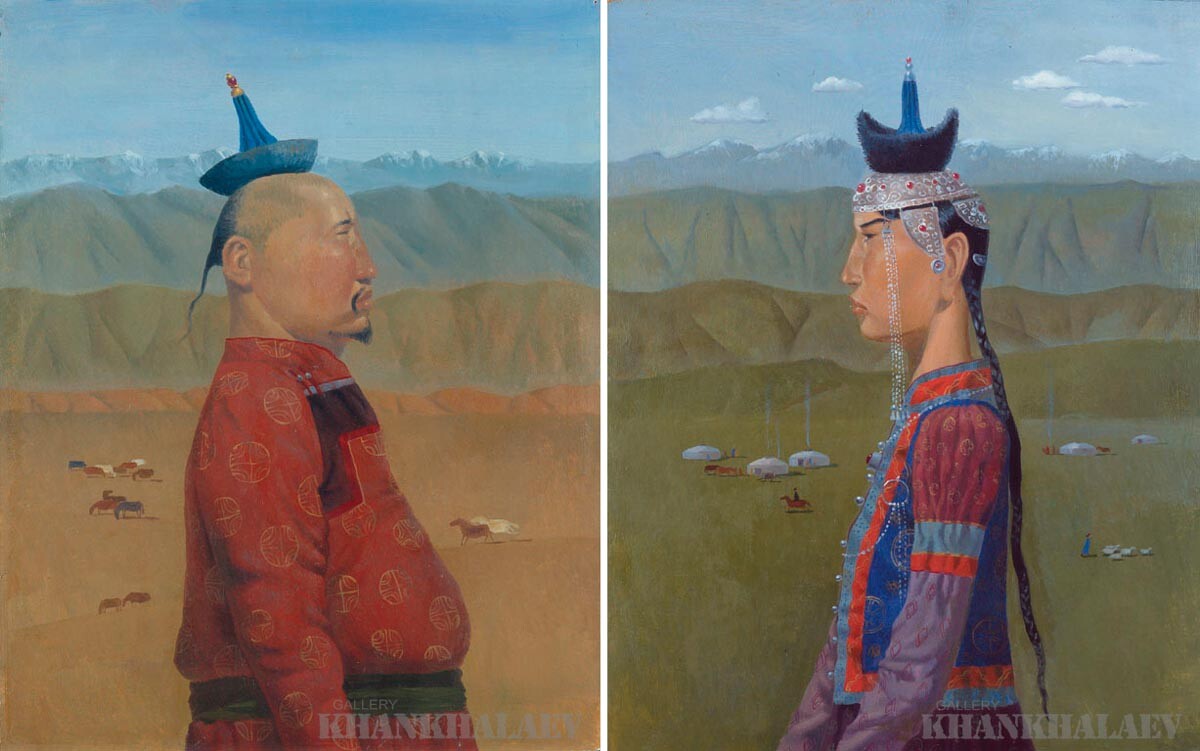 Noyan (on the left, Noyan is a Central Asian title of authority) and Khatan (a fairy tale princess), 2004

In 2004, Zorikto participated in an exhibition at the Buryatia History Museum, where the already famous artist Dashi Namdakov and his producer Konstantin Khankhalaev noticed his works. The artist is still exhibiting at the latter’s ‘Khankhalaev’ art gallery.

The main character of Zorikt’s works is a contemplative steppe nomad. “He is an artist, a poet, a philosopher. As a rule, he is lonely,” the author says.

Zorikto’s creative field lies in a variety of genres and techniques, from painting to digital art and nft and he has also done costumes for movies. For example, Zorikto worked on costumes for Sergei Bodrov’s Mongol a.k.a. Mongol: The Rise of Genghis Khan (2007), which was nominated for an Oscar in the Best Foreign Film category and won the Russian national Nika film award for costume design. 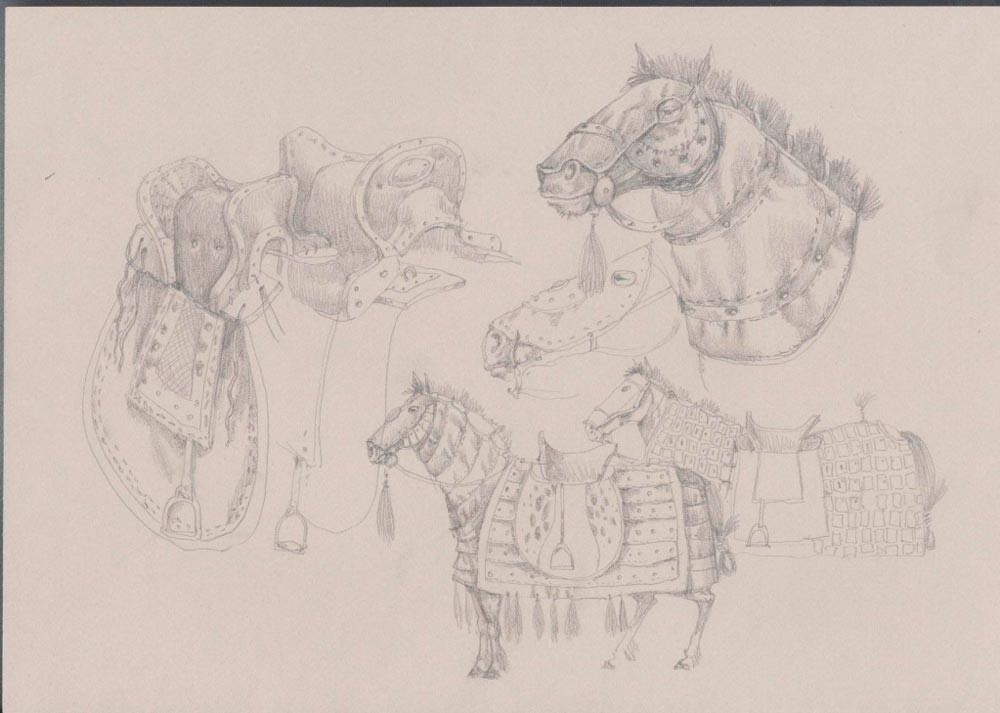 Zorikto’s other movie works include Garik Sukachev’s The House of the Sun (2010), a beautiful tale about Soviet hippies, and Alexei Fedorchenko’s Celestial Wives of the Meadow Mari (2012). For the latter, Zorikto was awarded the prize from the Russian Guild of Film Critics.

Exhibitions around the world

Critics have not once noted the influence of Andy Warhol and pop art on Zorikto’s works, as well as European cosmopolitanism. He expressed respect for the old masters of Europe in bold and original remakes of the works of Leonardo da Vinci, Jan Vermeer, Jan van Eyck and other artists. 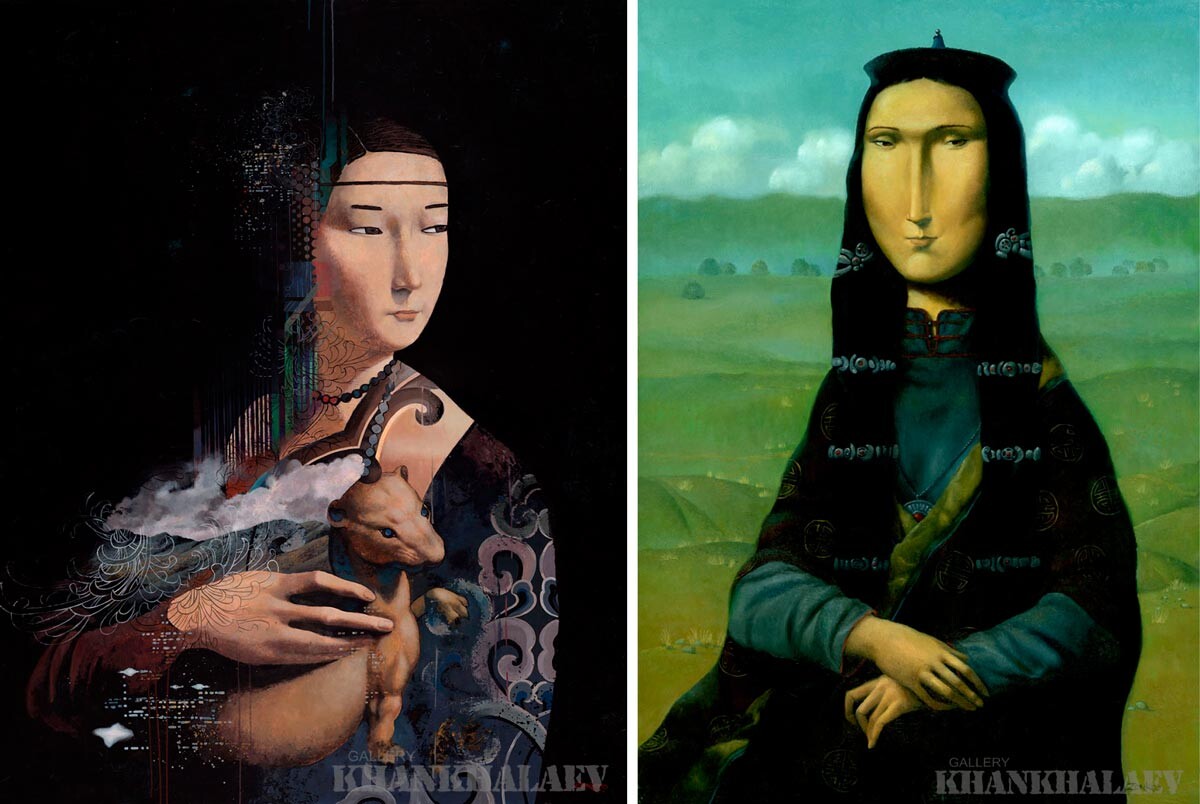 The Lady with the Ermine (Da Vinci Remake) on the left; Mona Lisa 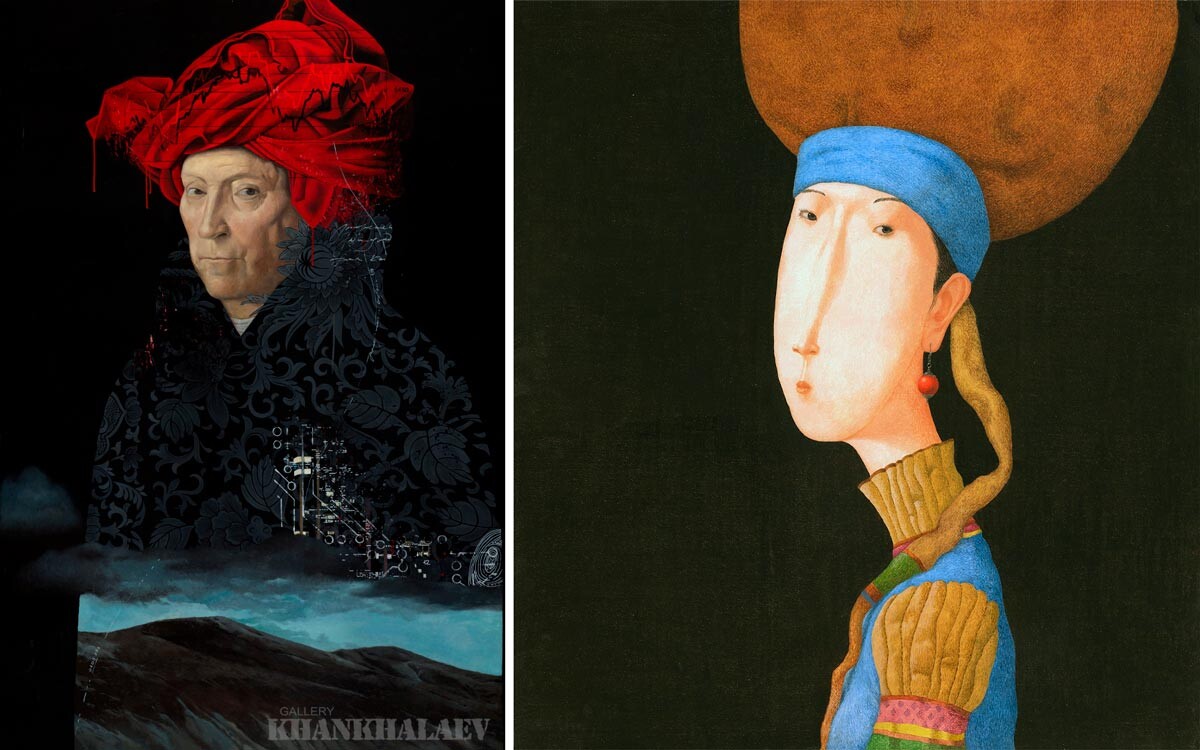 Jan Van Eyck Was Here, Part 2 (on the left); Girl with a Coral Earring

In 2013, Zorikto’s ‘Steppe Nirvana’ series was shown at New York’s Tibet House, headed by Uma Thurman’s father, Robert Thurman. At a joint auction of the House with Christie’s, the actress herself represented one of the artist’s works. 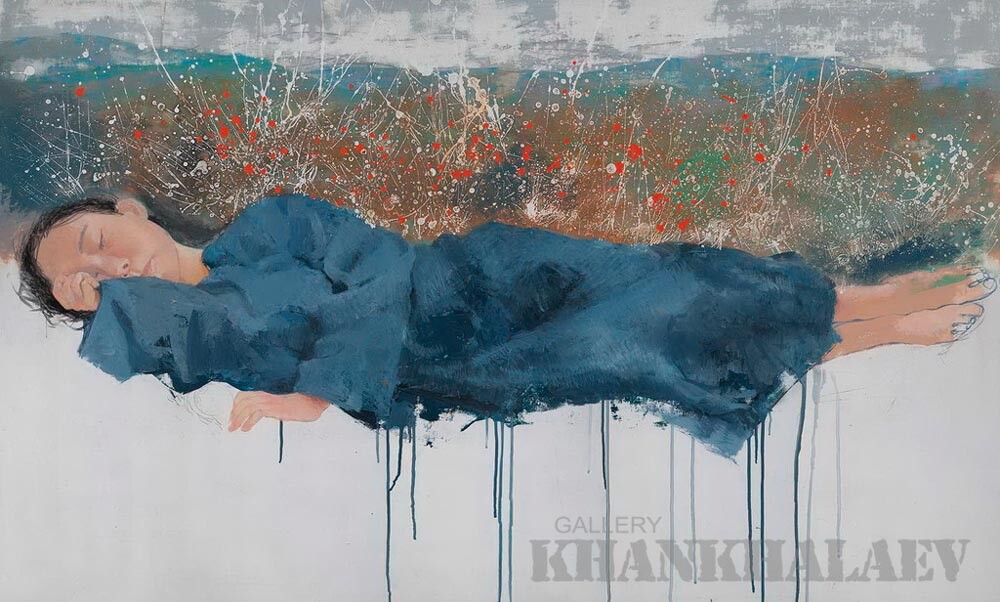 Fairy Tale of the Apricot Grove, 2015 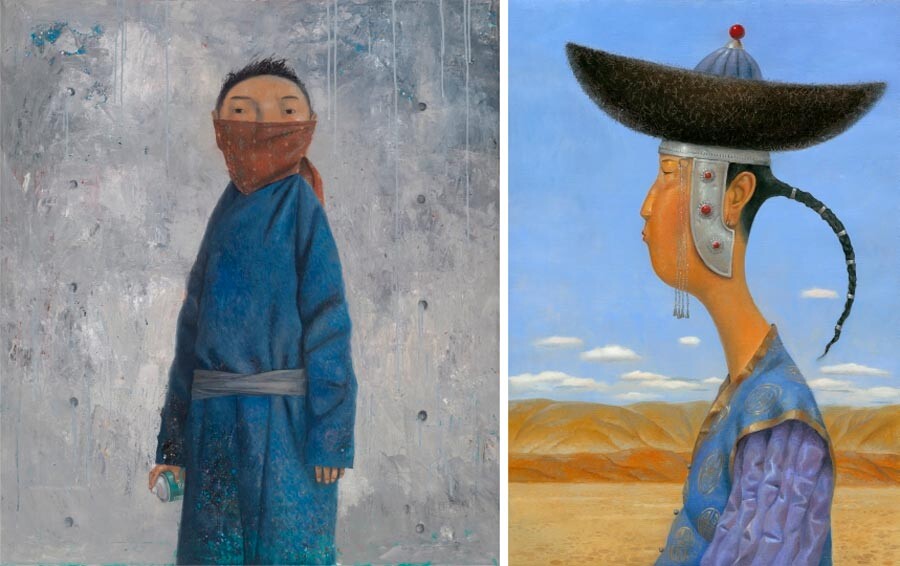 Artist (on the left); Dangina princess

In 2019, Zorikto’s exhibition ‘New Steppe’ was shown in Venice during the Biennale. Dubbed as “steppe pop art” by critics, his works decorated St. George’s Anglican Church and sculptures of nomads appeared in the streets of the city. 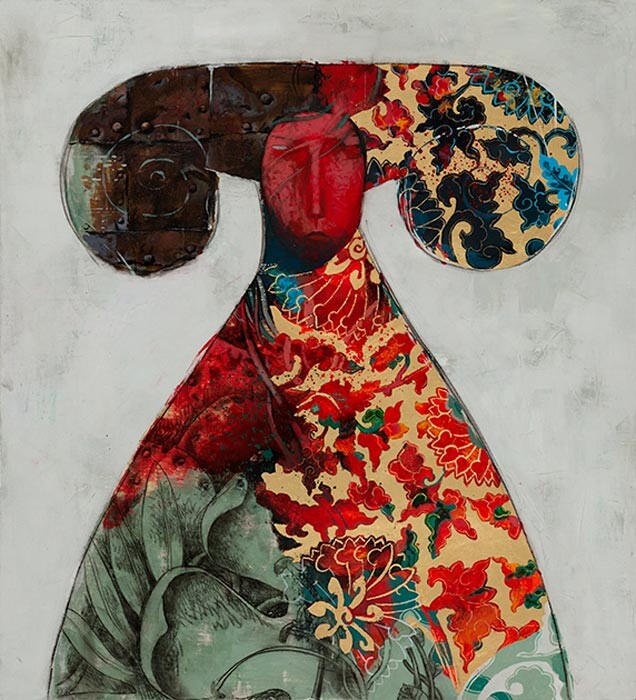 In his native Ulan-Ude, Zorikto is an absolute star and not only of the art scene. In 2019, he was invited to do a mural on the city wall. The “street gift” to the city was dedicated to the poem ‘Morning Namaz’ by local poet Namzhil Nimbuyev. 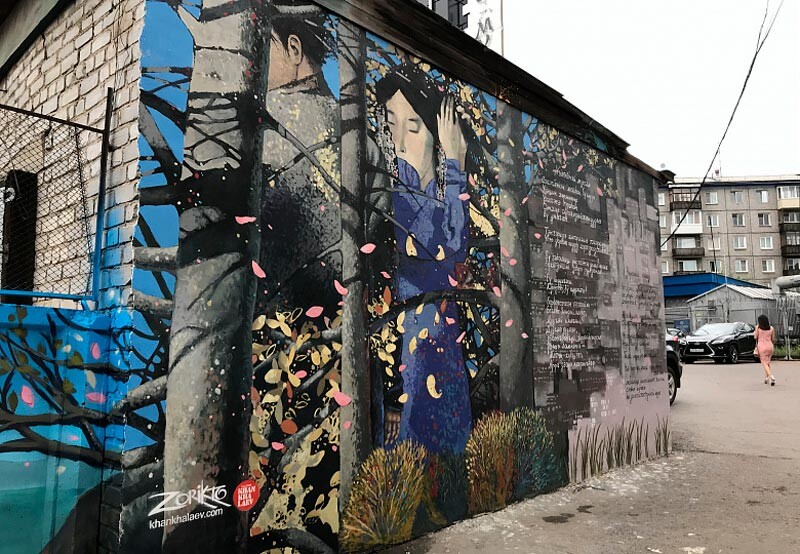 The pandemic and self-isolation has resulted in a new exhibition called ‘Patchwork Man’, where Zorikto pondered the boundaries of the outer and inner world and how real life is replaced by a chaos made of fragments. 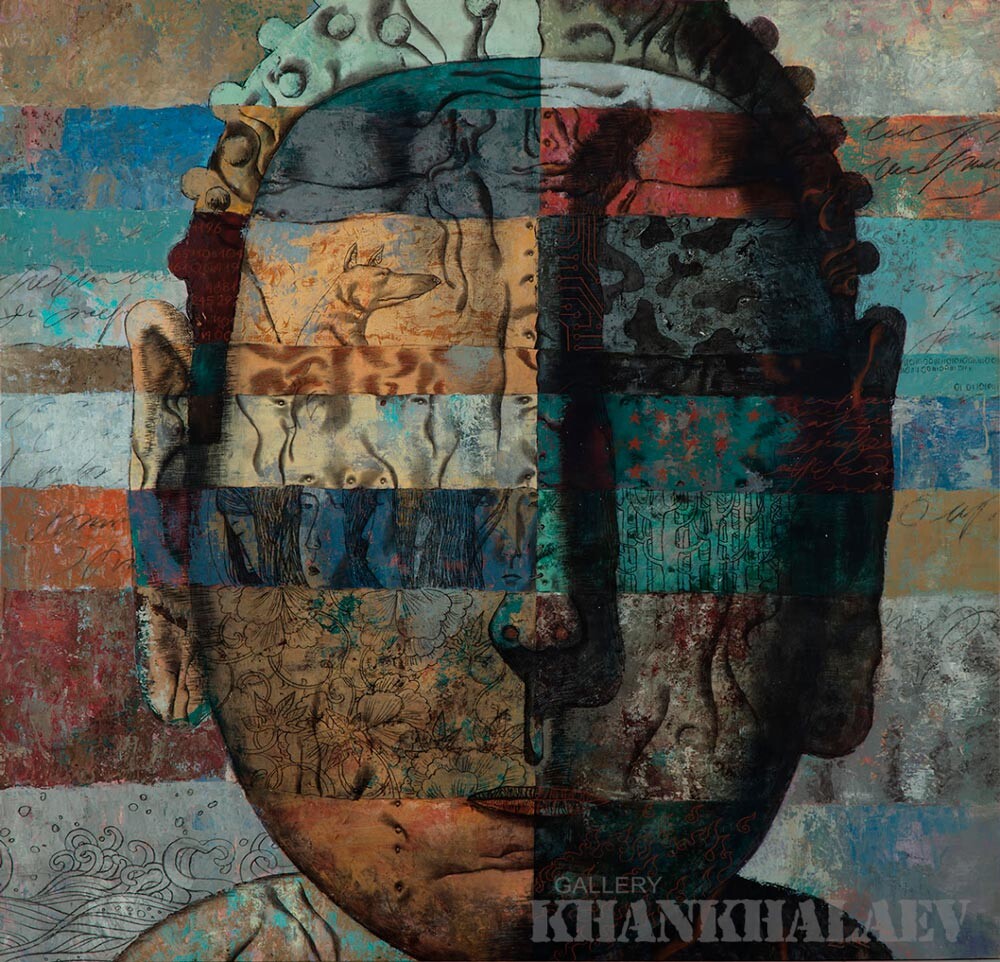 In 2022, Zorikto unveiled a new exhibition called ‘Against Time’. 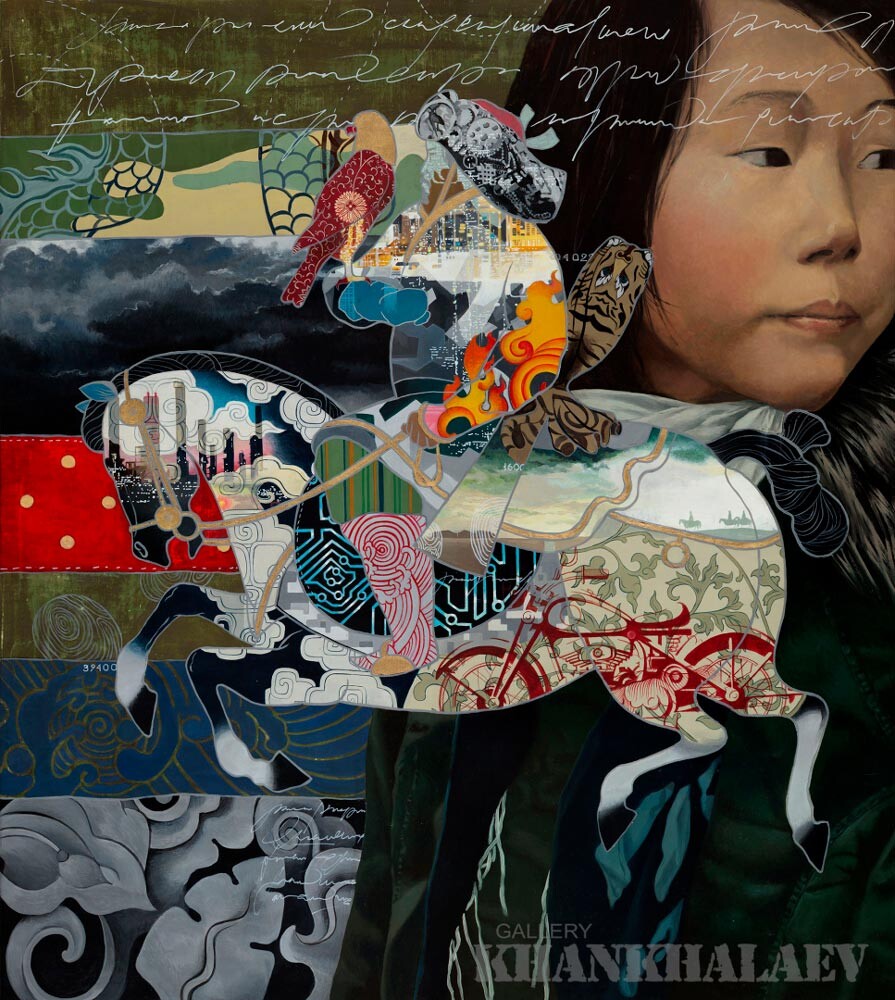