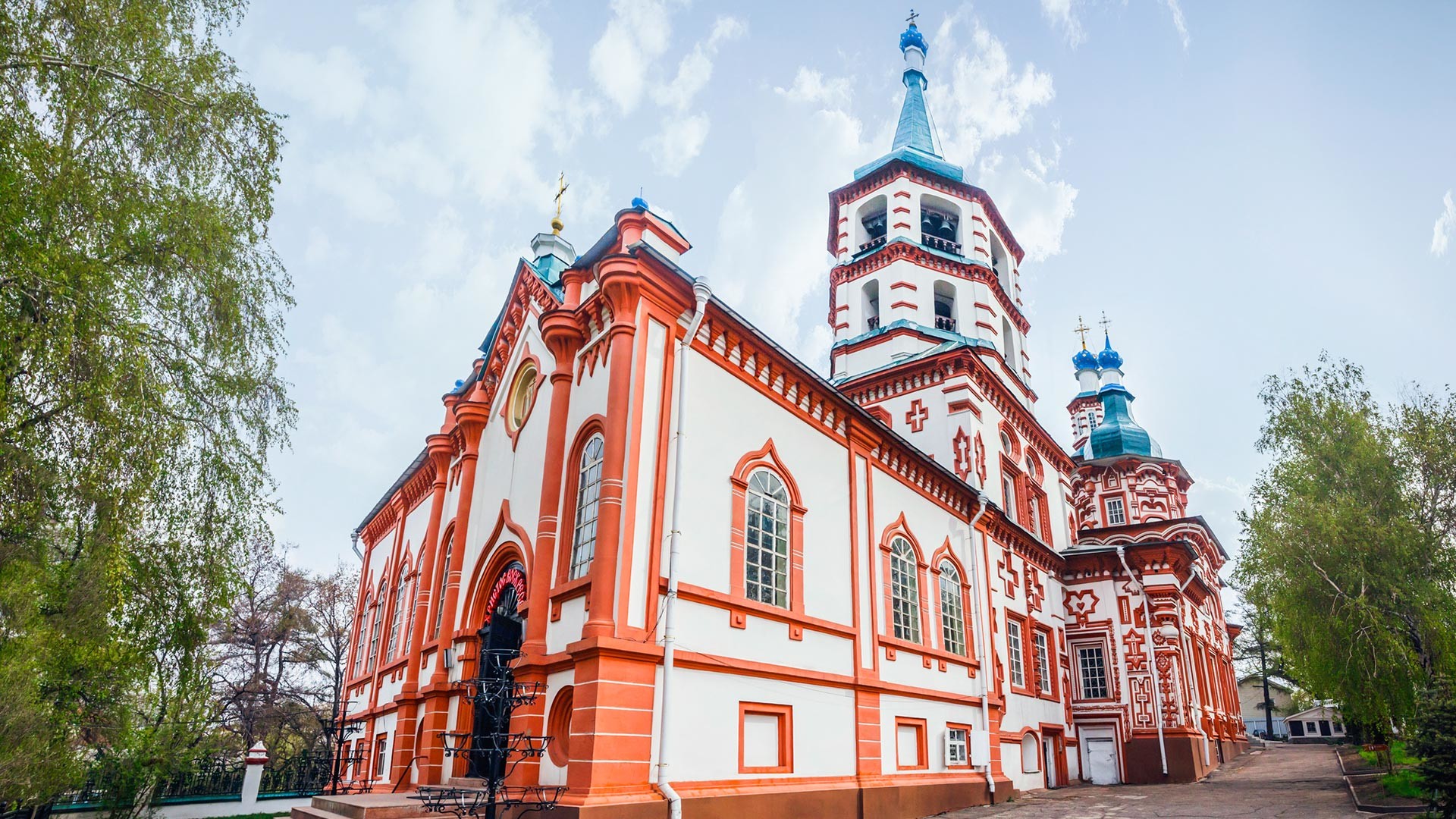 Legion Media
This famous part of Russia is like a different country with its own rules, mentality and, of course, architecture. Take a look, for example, at the transformation that European Baroque underwent on Siberian soil.

Baroque arrived in Russia at the very end of the 17th century and reached its peak in the 18th century. On Russian soil, its architectural principles went through certain adjustments in Moscow and St. Petersburg, while, in Siberia, they were completely transformed under a strong Asian influence. For example, churches in Siberia featured various oriental ornaments and motifs - arches in the form of tongues of flames, wheels of dharma, Buddhist stupas and lotus flowers.

1. Church of the Exaltation of the Precious and Life-Giving Cross in Irkutsk 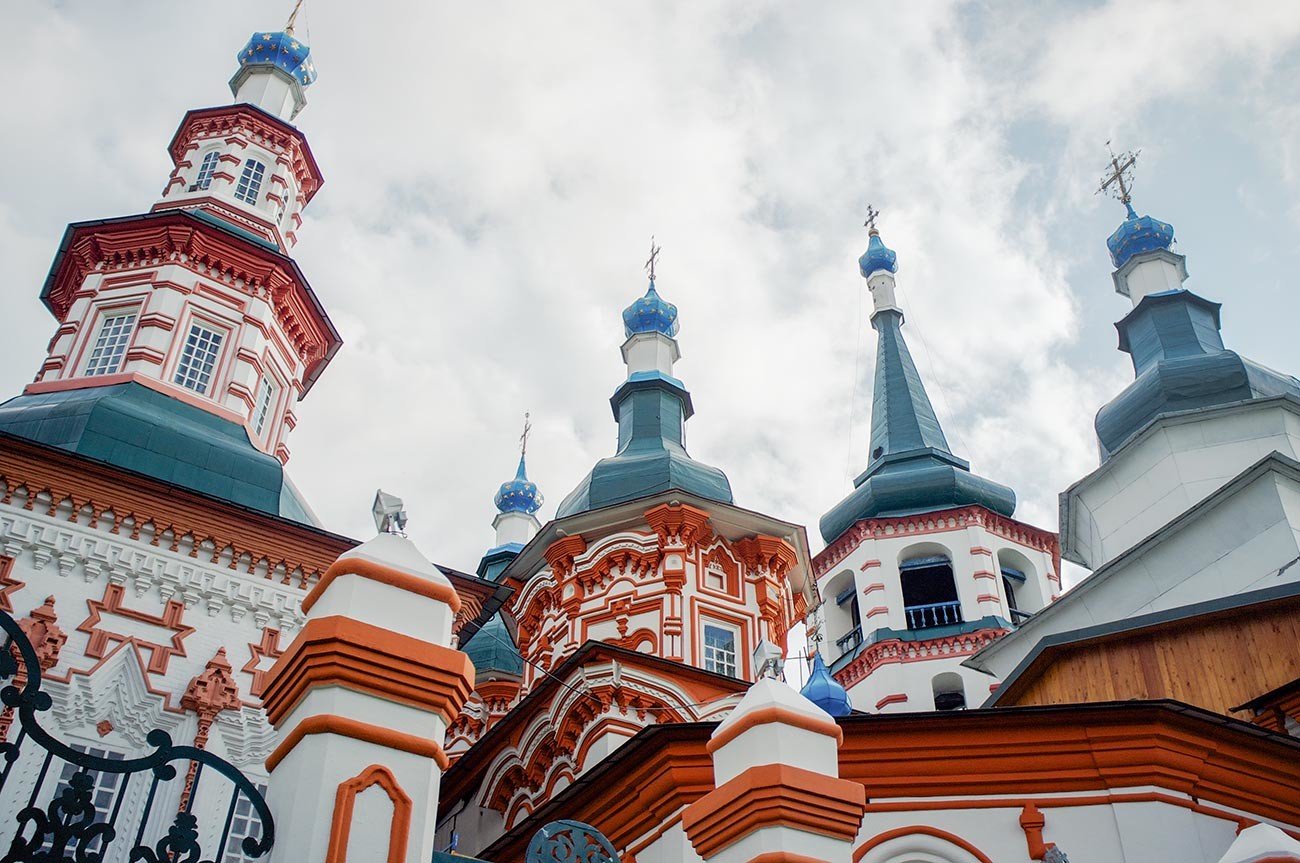 Irkutsk is located on the border with Buryatia, where the dominant religion is Buddhism. In the 18th century, it was also a busy intersection of trade routes to and from China. This ornate red-brick church, which was built in the second half of the 18th century, is one of the most striking examples of Siberian Baroque. It bears all the elements typical of this style. Firstly, these are numerous “flaming” cornices, whose shapes resemble the outlines of Buddhist stupas (like the one above the door in the middle in the photo below). 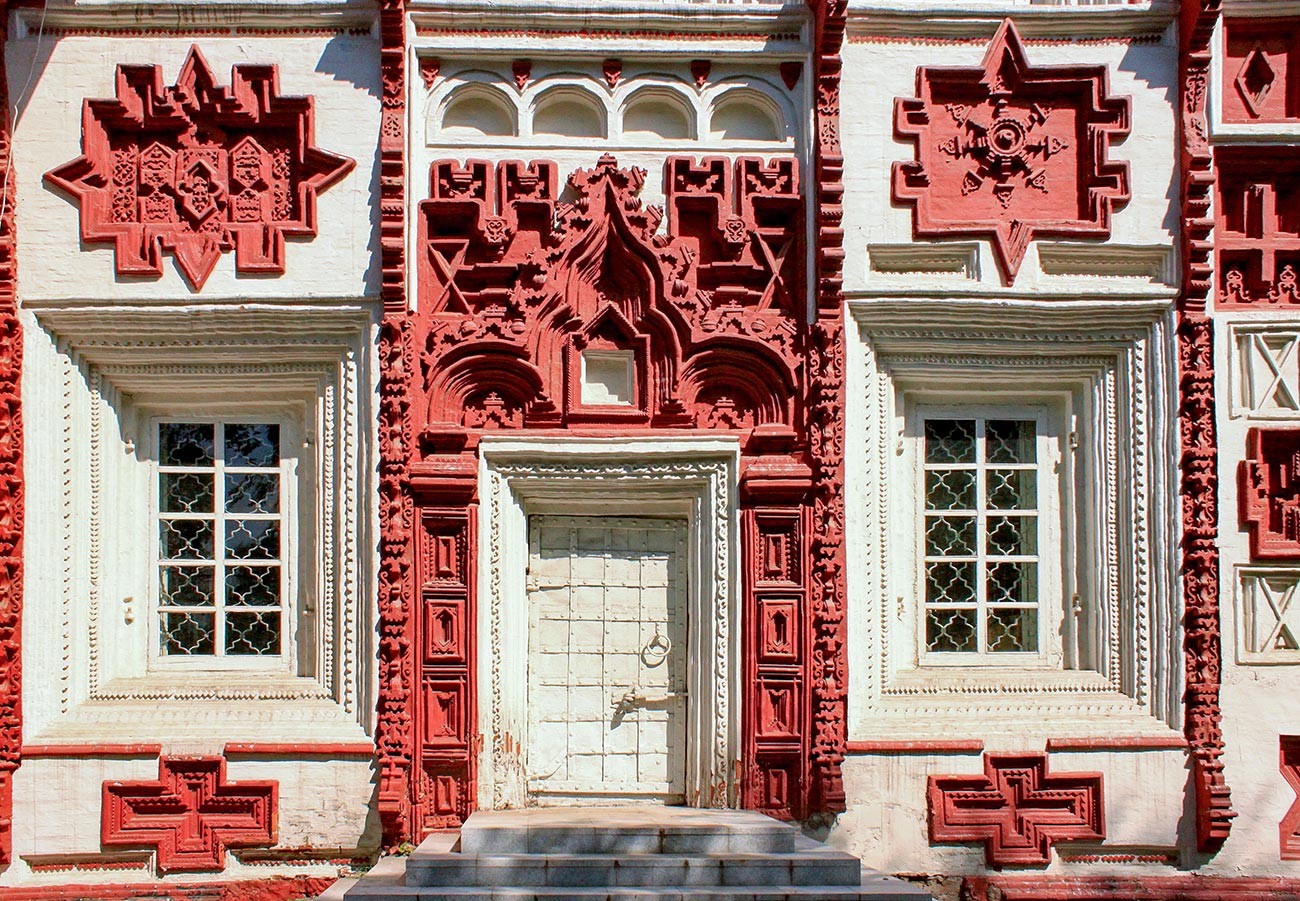 Also, in the same photo, scholars agree that the image in the terracotta medallion in the upper right-hand corner is that of the Buddhist wheel of dharma. 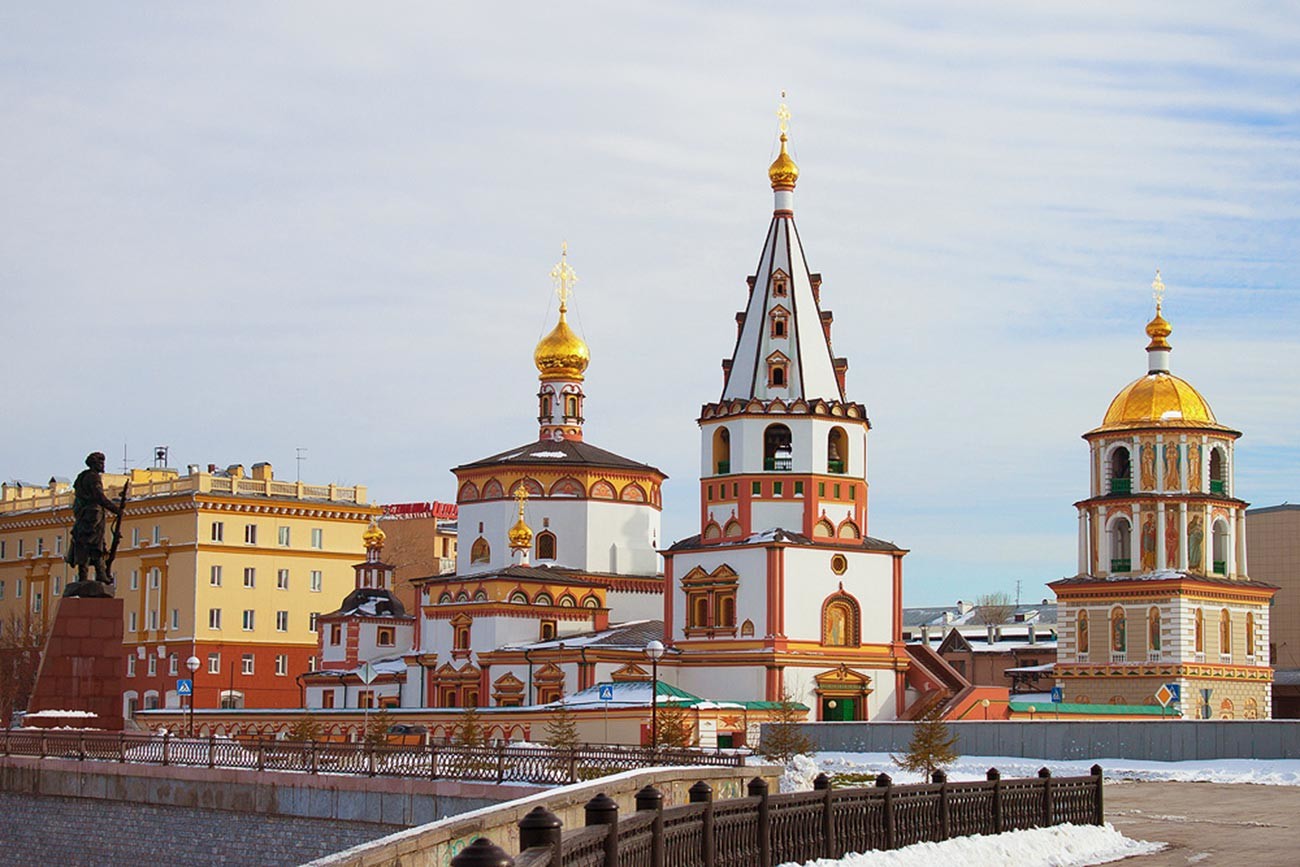 This is another Irkutsk church in the Siberian Baroque style. The bright colors of this mid-18th century cathedral resemble Asian temples and its form is quite unusual for Russian churches. 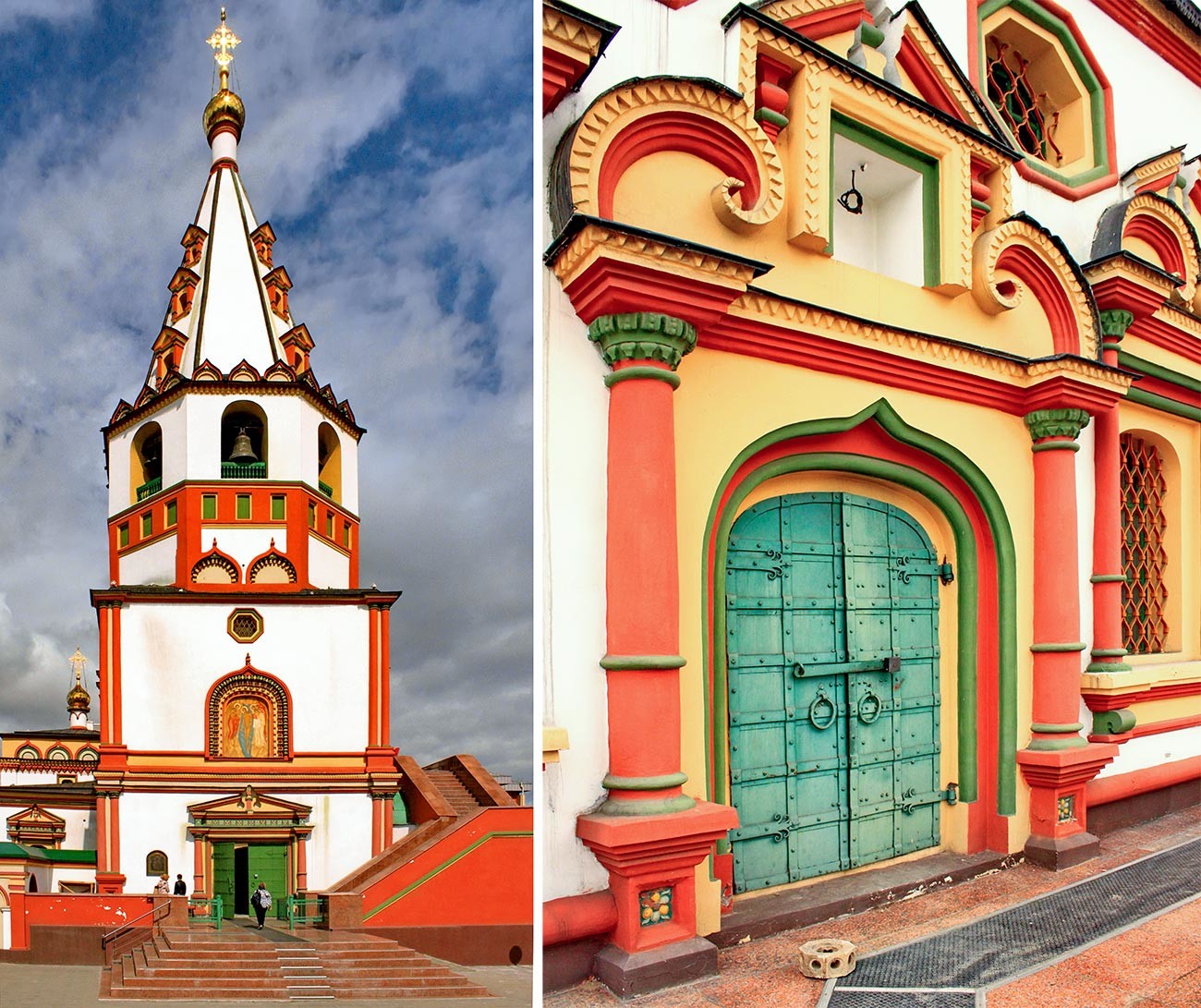 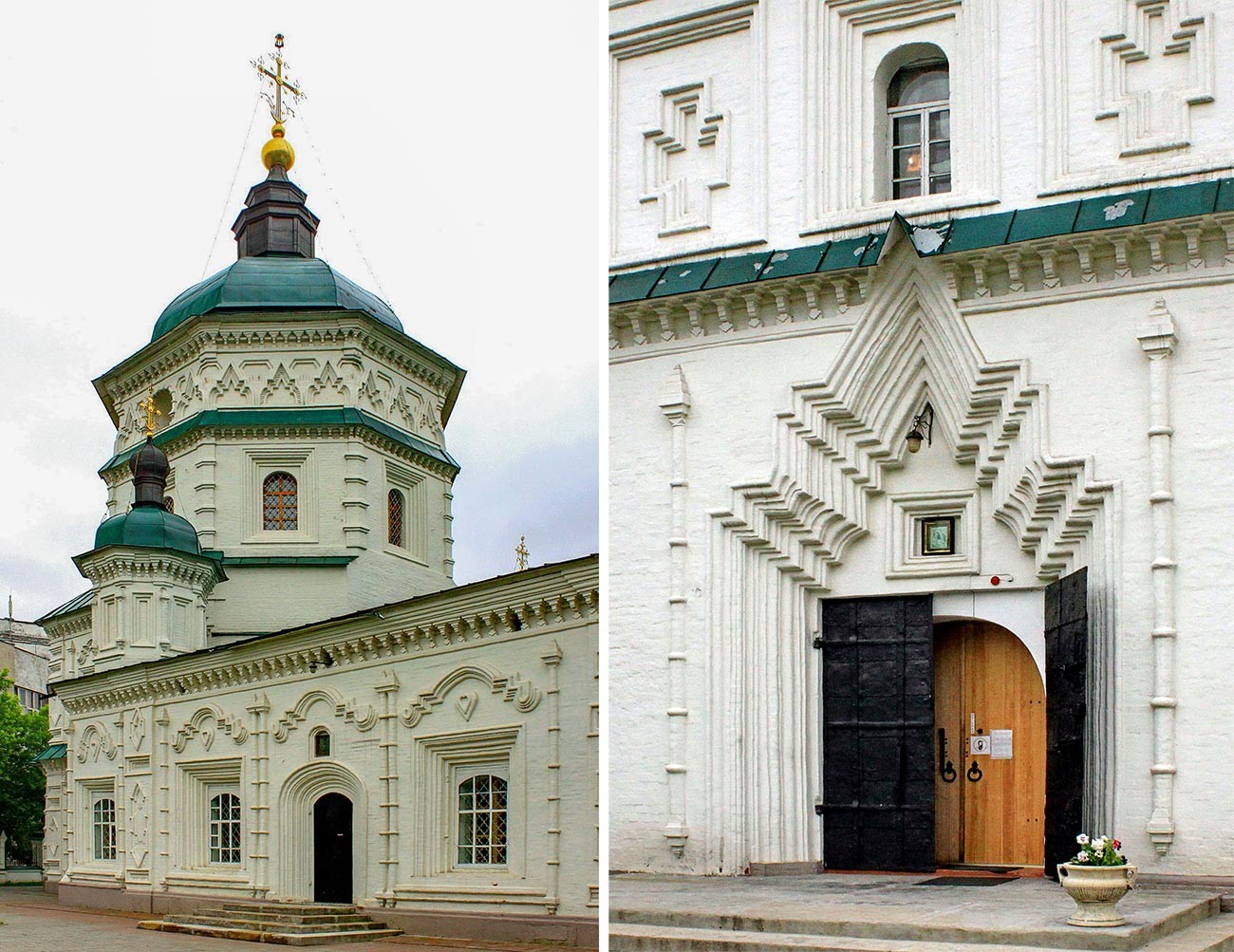 This is another telling example from Irkutsk. In the photo on the left, you can see multiple keel-shaped, or “flaming”, arches under the dome and openwork cornices. The type of ogival decoration above the entrance to the church as can be seen in the photo on the right can only be found in Siberian Baroque.

4. Church of Zechariah and Elizabeth in Tobolsk 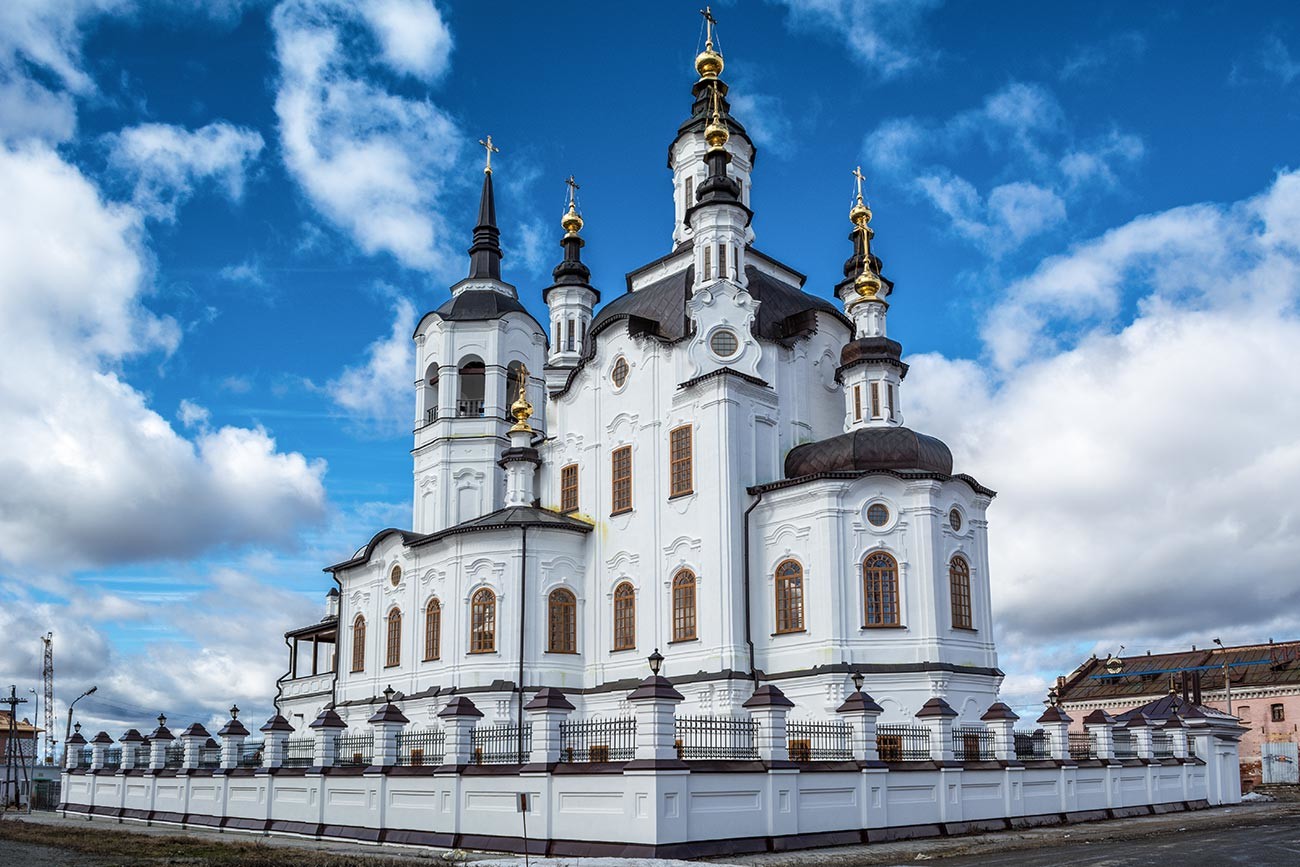 Tobolsk was a key stronghold during Russians’ exploration of Siberia and, for a long time, was considered its capital. It also lay on the trade routes between Asia and St. Petersburg. 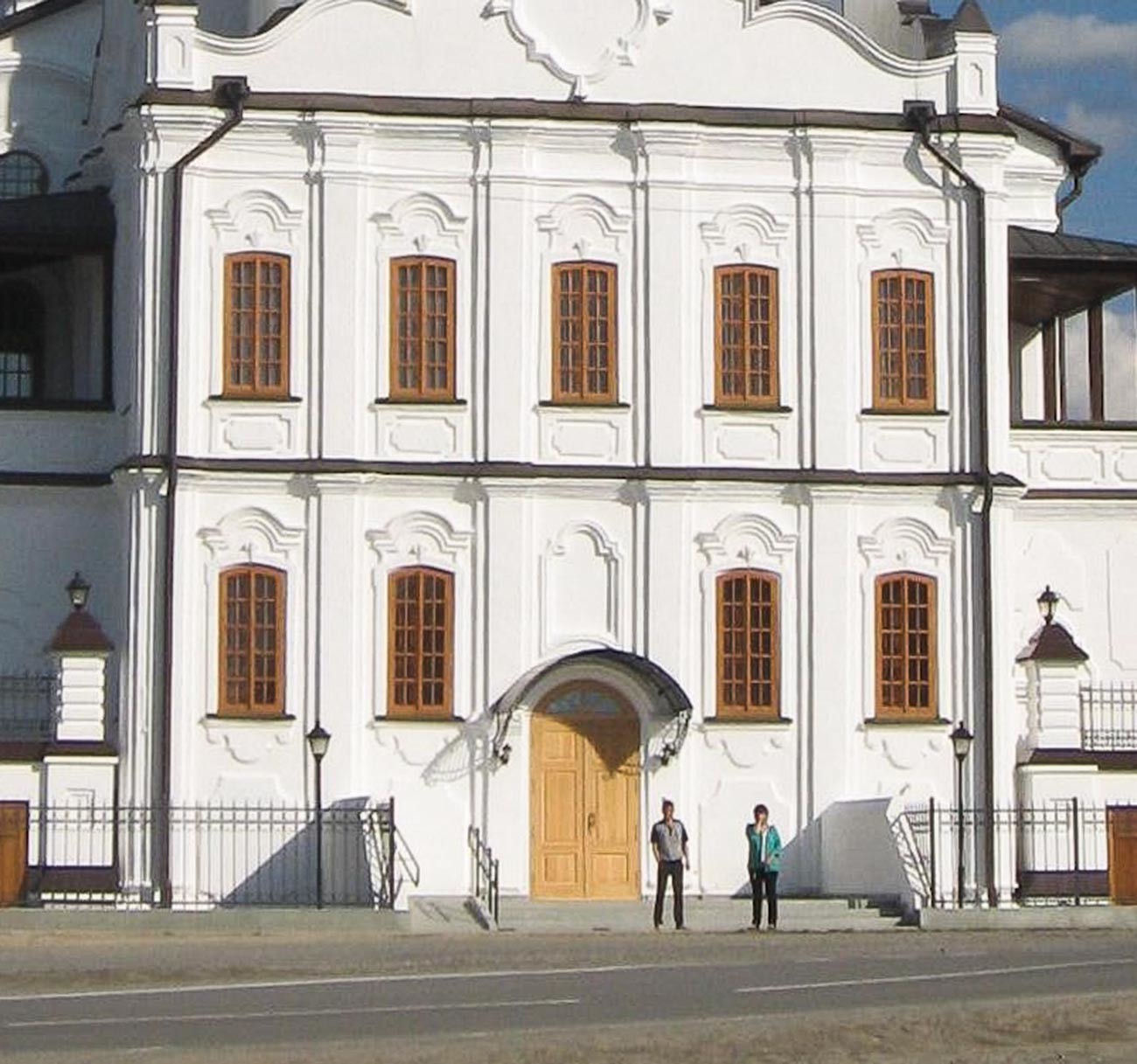 The broad “flattened” domed vaults of this church resemble Buddhist temples, and there are “flaming” cornices above the windows, betraying oriental influences. 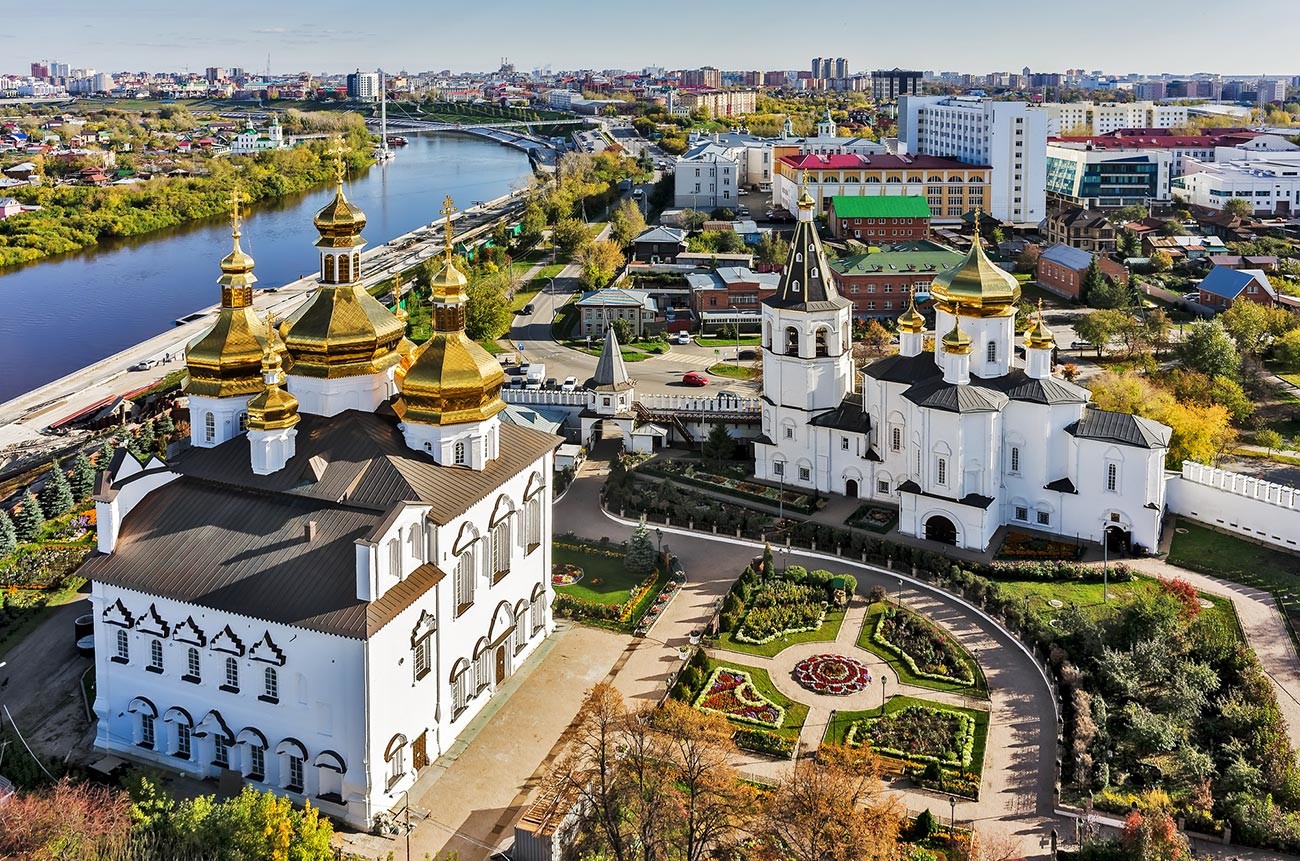 The Baroque churches of one of the oldest monasteries in Siberia were built in the early 18th century. “Flaming” cornices and flattened domes are clearly visible both on the Trinity Church (left) and the Church of Peter and Paul (right). 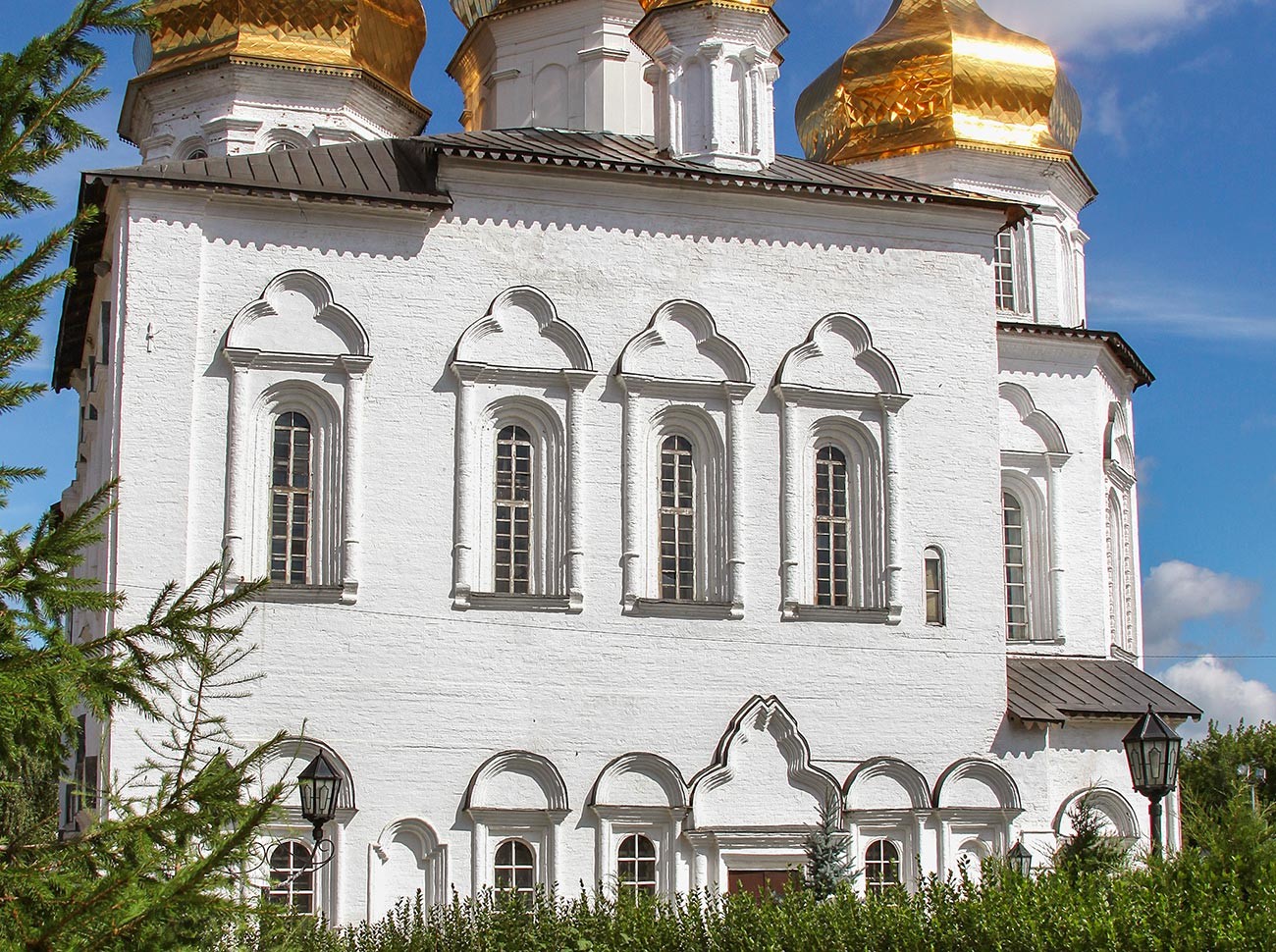 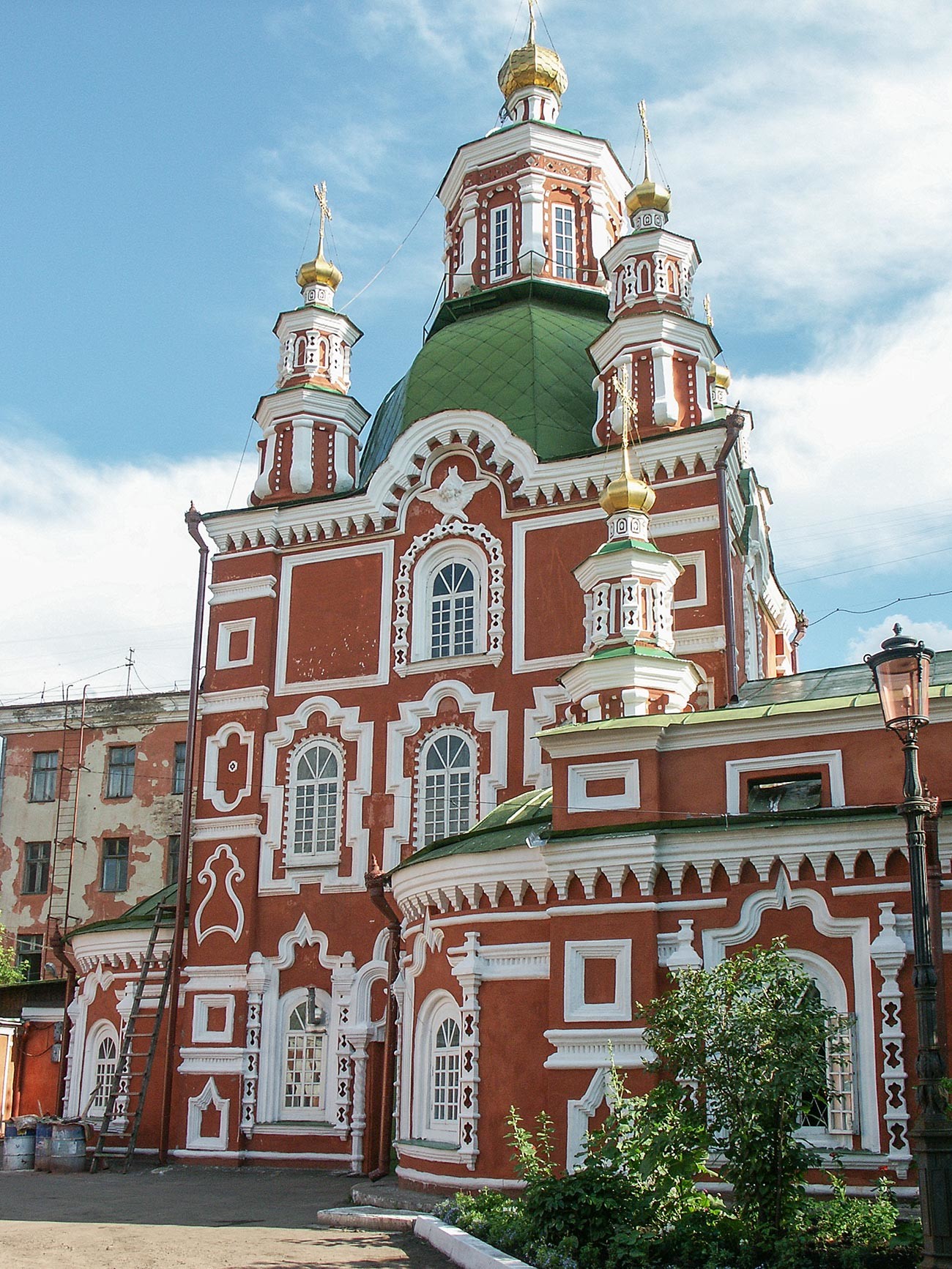 One of the oldest surviving churches in Krasnoyarsk, this cathedral was built in the late 18th century. The red-brick building with an elongated drum and dome has a very rich décor, featuring ornaments in the form of a Buddhist stupa and a lotus. 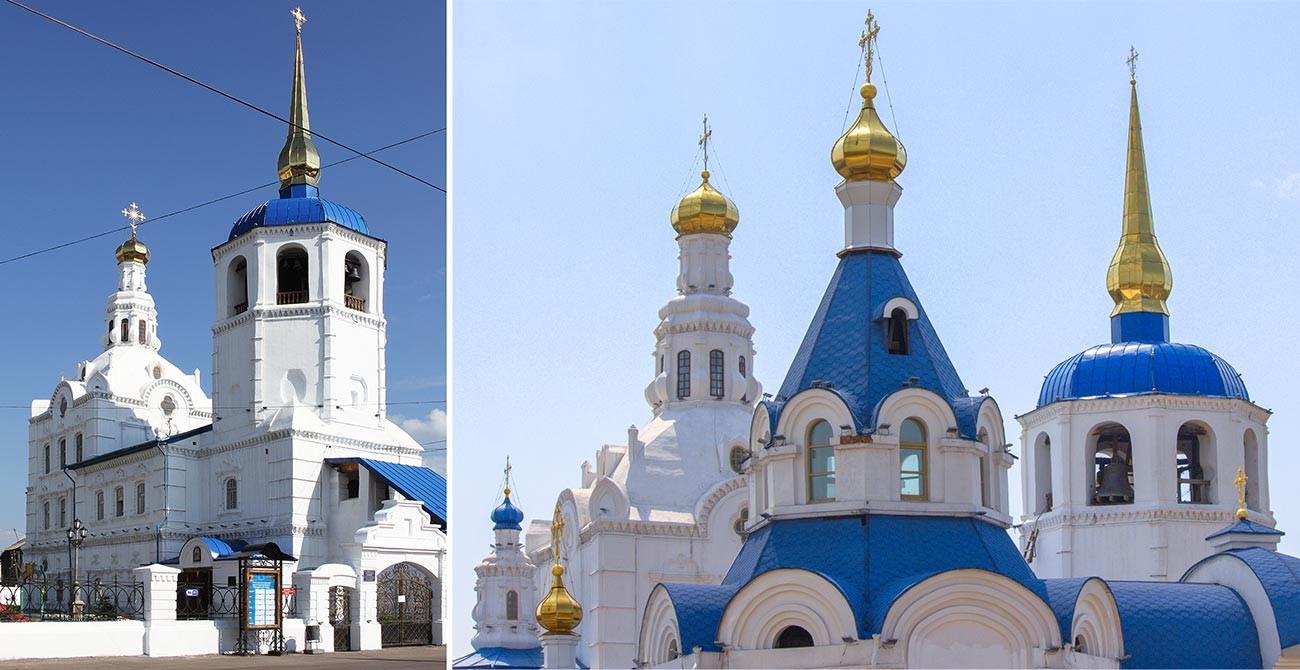 Ulan-Ude is the capital of Buryatia, one of Russia’s main Buddhist centers, whose best known attraction these days is Ivolginsky Datsan. But, in the mid-18th century, it was a provincial Siberian town called Udinsk that was founded by Russian settlers to collect tribute from local tribes. The Holy Odigitrievsky Cathedral was the first stone building in the town. Buddhist motifs are present in the cathedral’s decor, as well as in the shape of its domes and vaults.

8. Church of the Resurrection in Tomsk 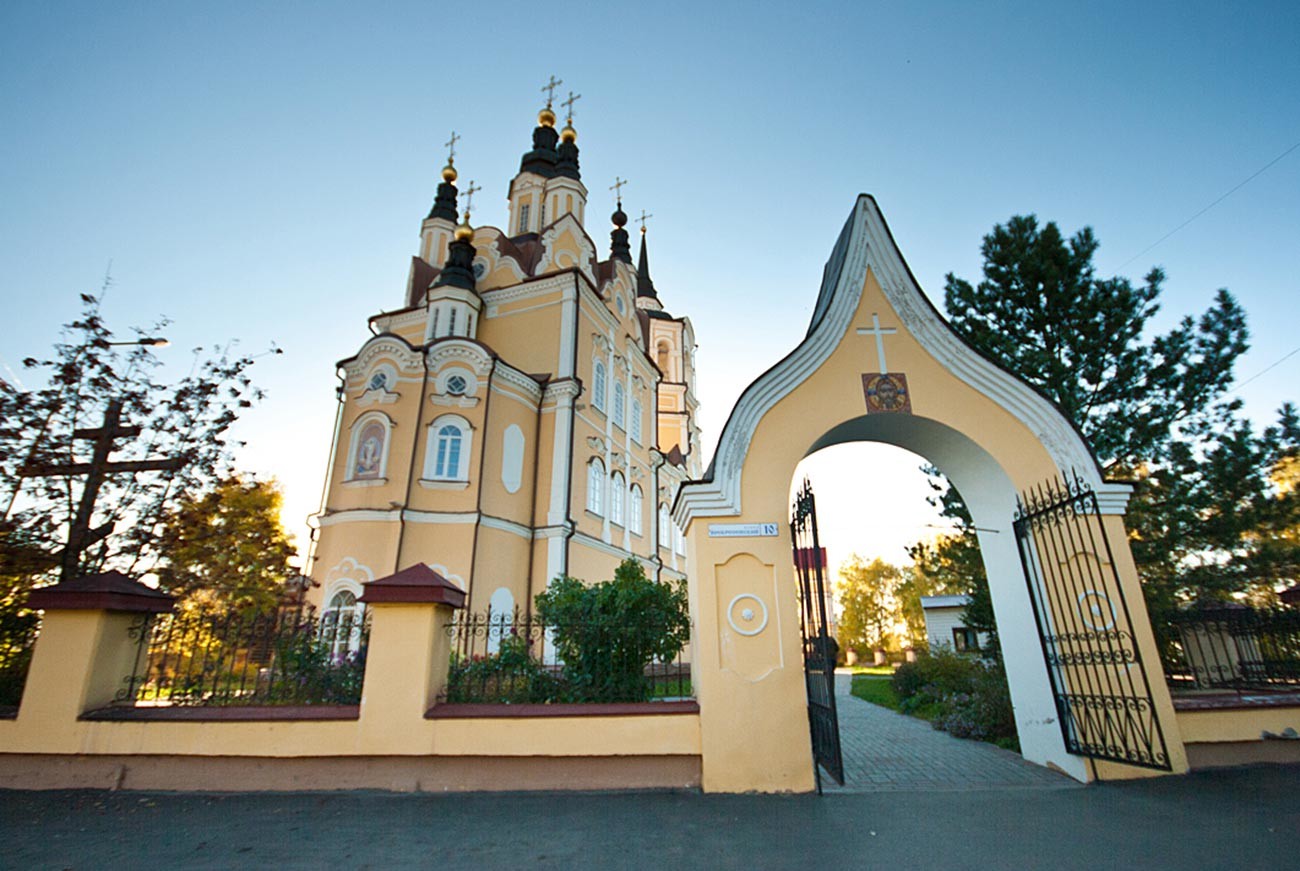 Tomsk was an important transit trade hub and, later, became a stop on the Trans-Siberian Railway. This church has many oriental-inspired ornaments and arched cornices. 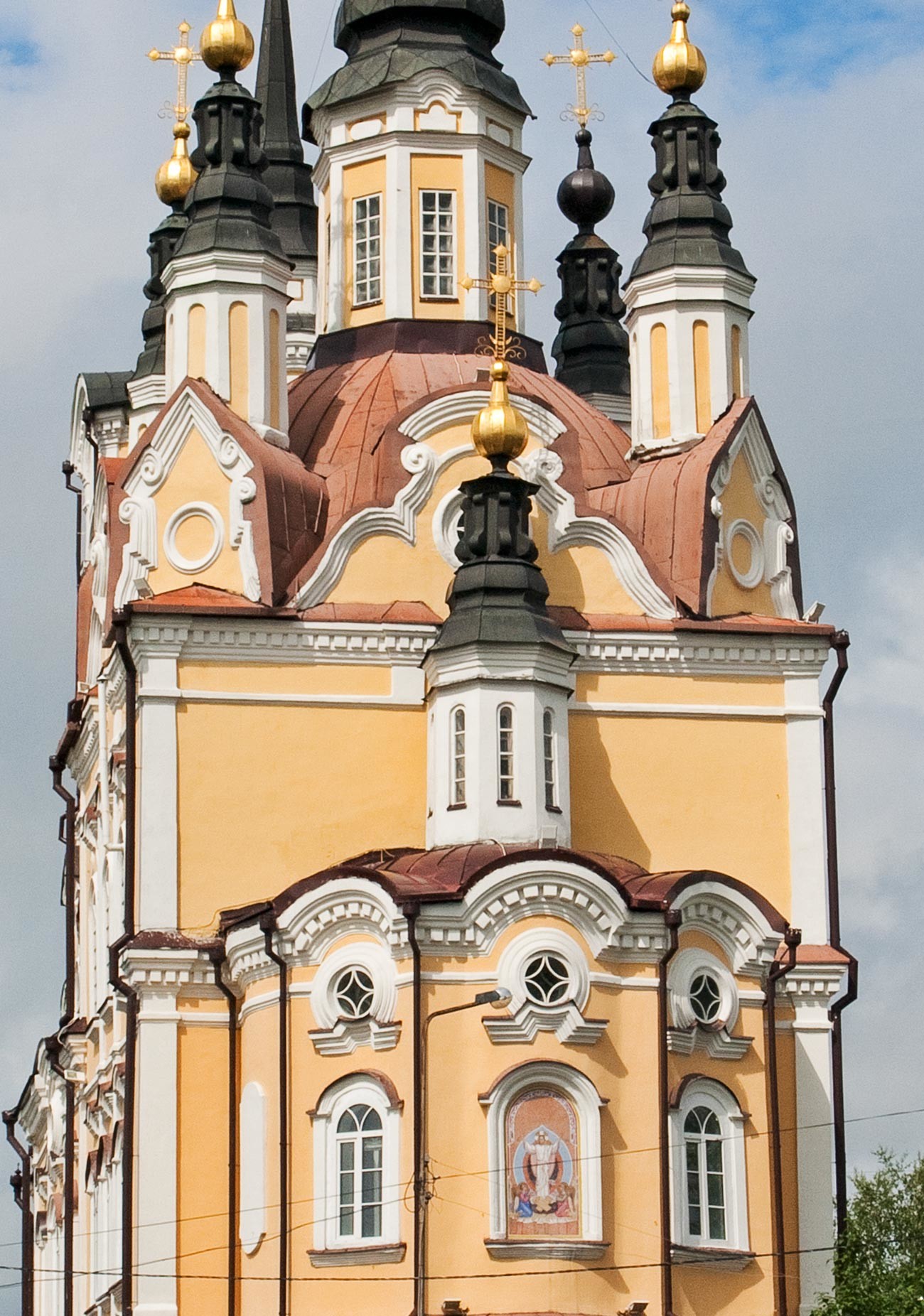 Even the entrance arch has a form that is not typical for the architecture of Russian Orthodox churches.

9. Church of the Intercession of the Most Holy Theotokos in Khanty-Mansiysk 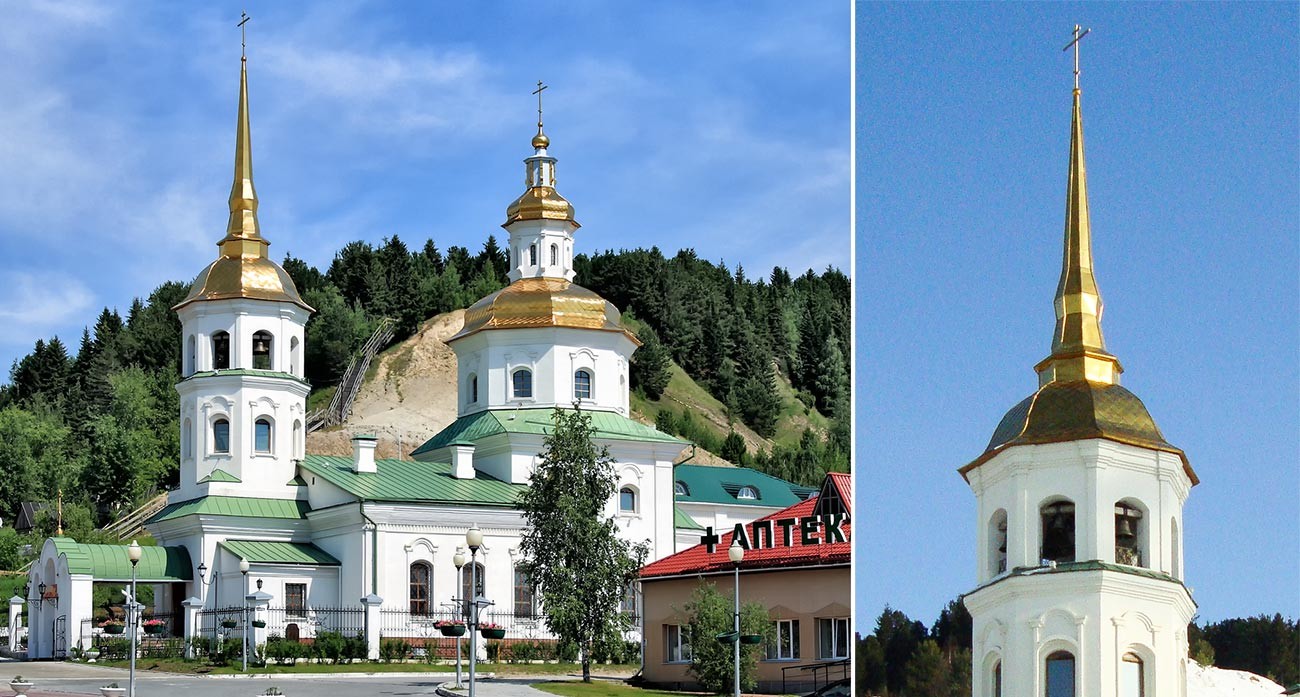 This church was built in the early 19th century and exemplifies late Siberian Baroque: more austere and with fewer embellishments. The oriental influence can be traced in the flattened dome and the shape of the bell tower dome, clearly referencing a Buddhist stupa. 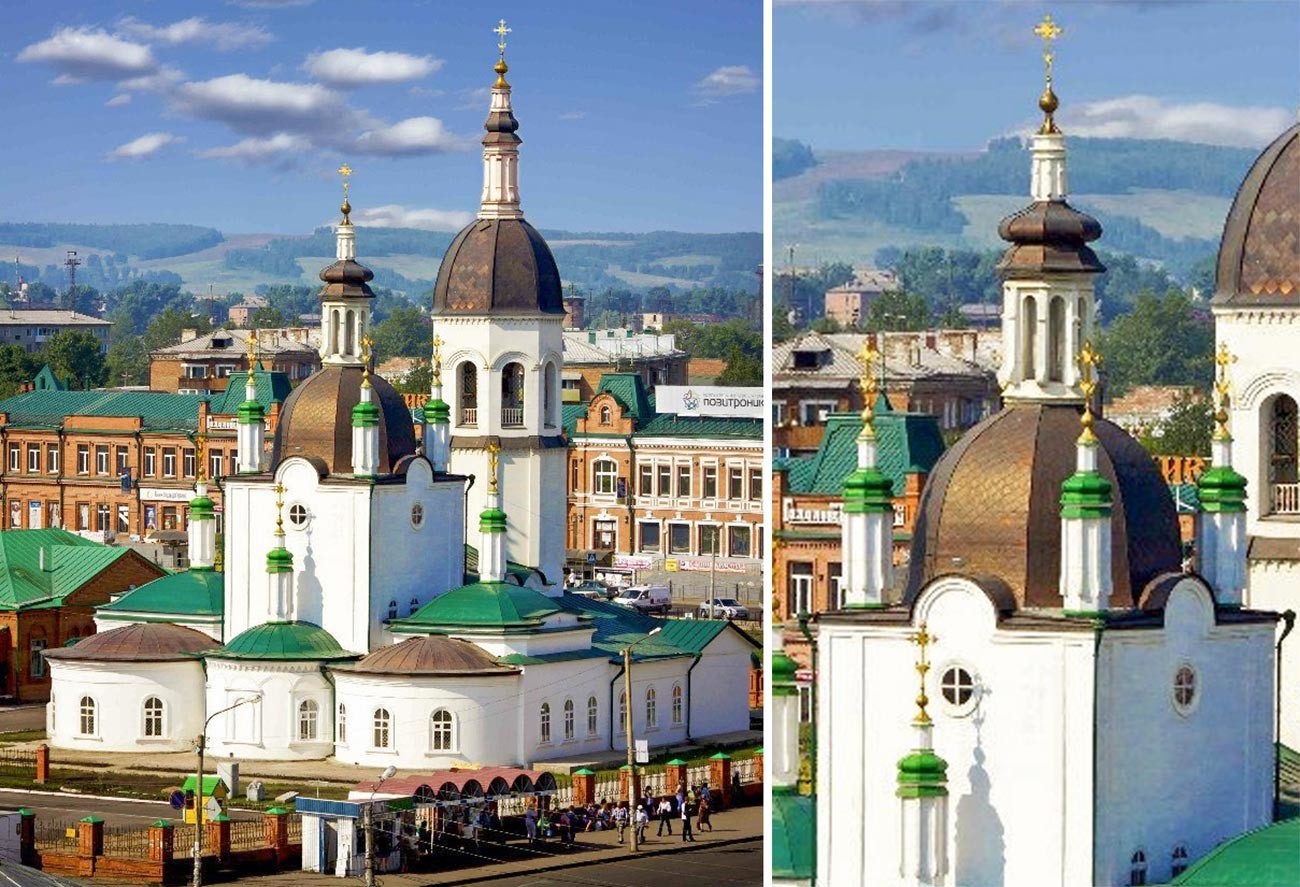 The small town of Kansk, standing on a tributary of the Yenisei, was built as a fortress at the time of the exploration of Siberia. The Holy Trinity Cathedral, which was erected in the late 18th – early 19th century, was the first stone building in the town. The shape of the bell tower dome and the decorative domes make it look almost like a mosque, but it is none other than late Siberian Baroque.