An Englishman's visit to the world's LARGEST Lenin head 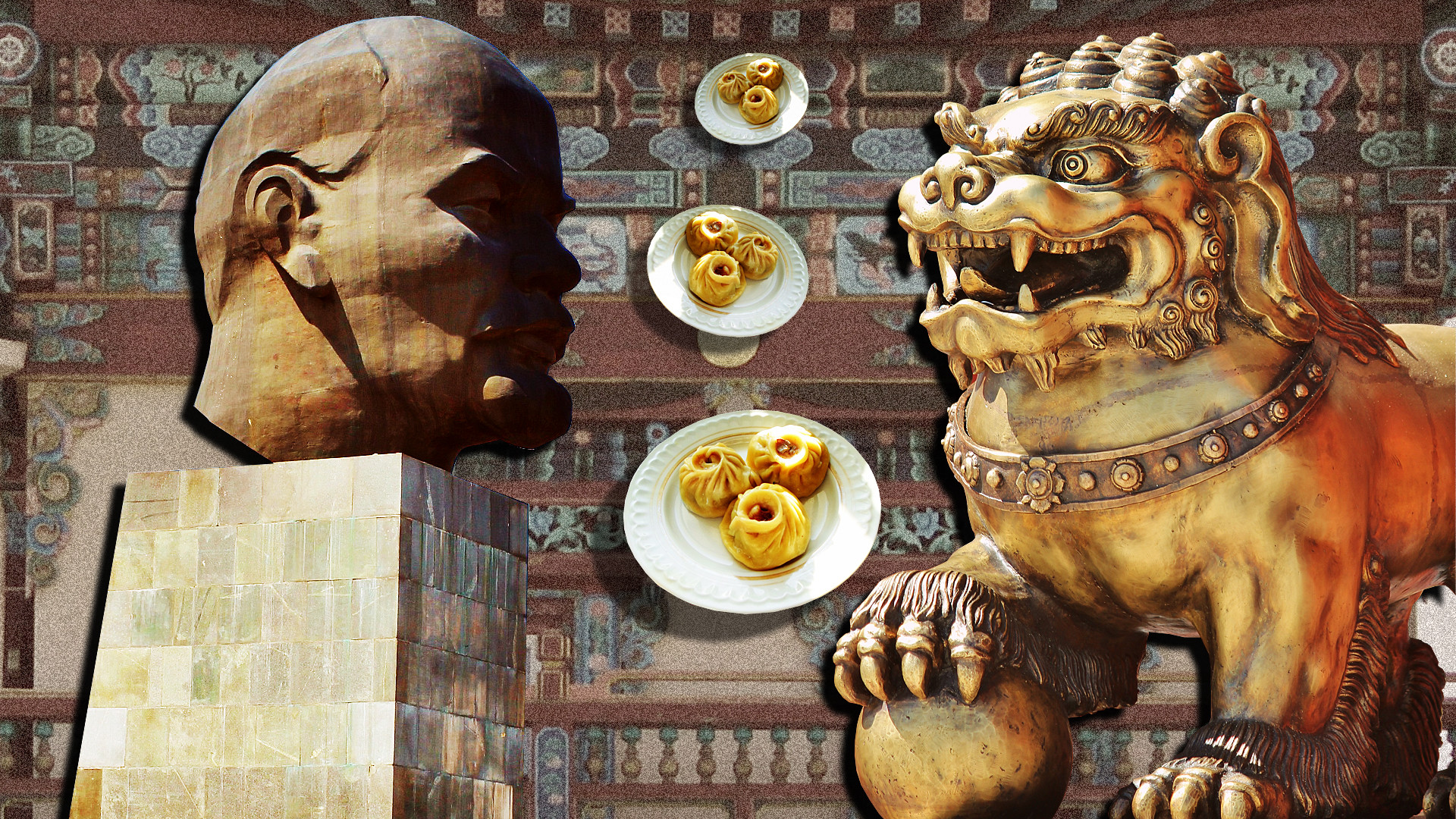 Kira Lisitskaya (Alava, Arkady Zarubin/wikipedia.org)
Our author recalls his travels to Buryatia, perhaps the most distinctive region of Russia. It has a place for Buddhist traditions, Mongolian heritage – and the world’s largest Lenin head.

The Rinpoche Bagsha temple crackled with the deep murmur of Buddhist prayer. Under the warm gaze of a golden cross-legged Buddha, eight monks in crimson robes sat at a low table in the centre of the room, ethereal chants bursting from their throats. A bell tinkled. During the final prayer, the congregation, squeezed together on benches close to the monks, picked up parcels of food and waved them in front of themselves in clockwise circles. The bell tinkled one last time. 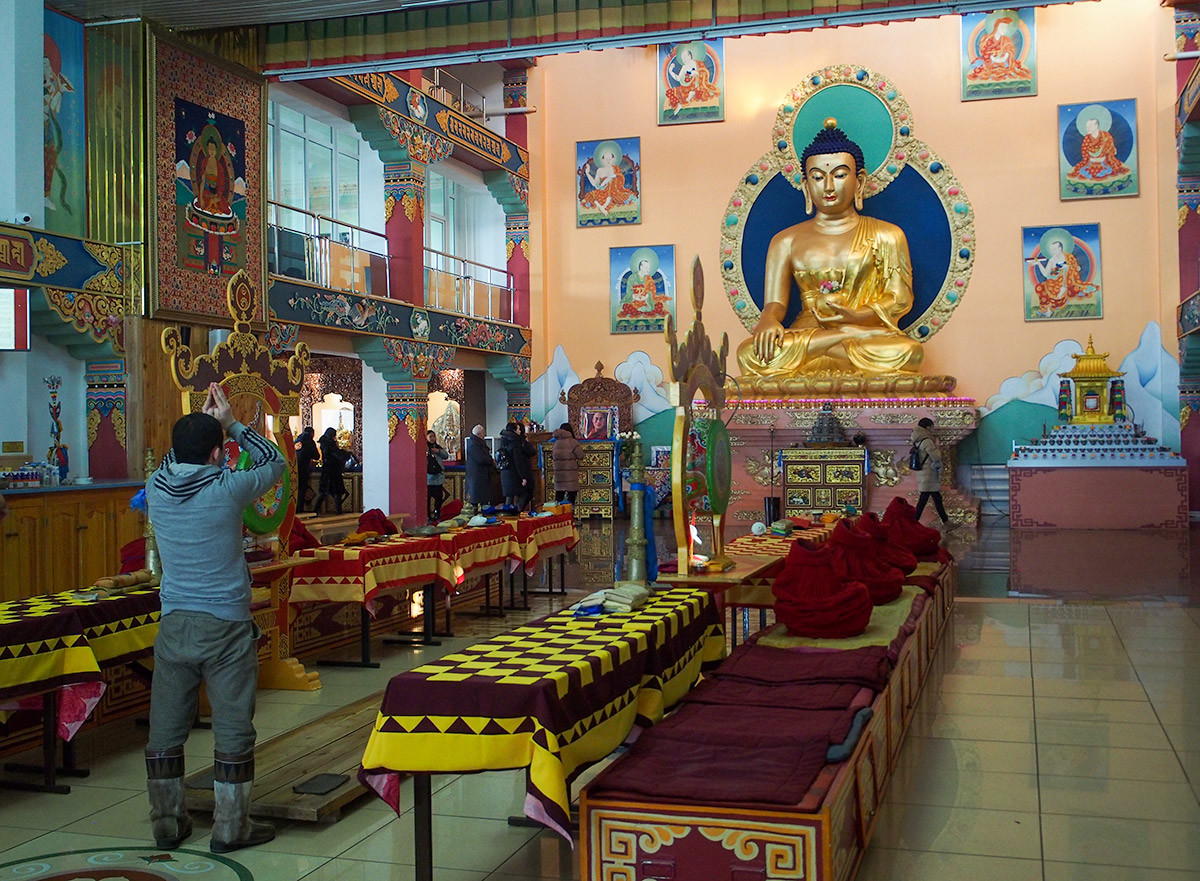 And with that, the hundred Russians put on their hats and coats and came outside to where six marshrutka buses were waiting. The driver took their 20 rubles (approx. $0.30) before taking them down the hill to Soviet Square. So begins a Sunday evening in Ulan-Ude, in Eastern Siberia’s Buddhist republic of Buryatia. 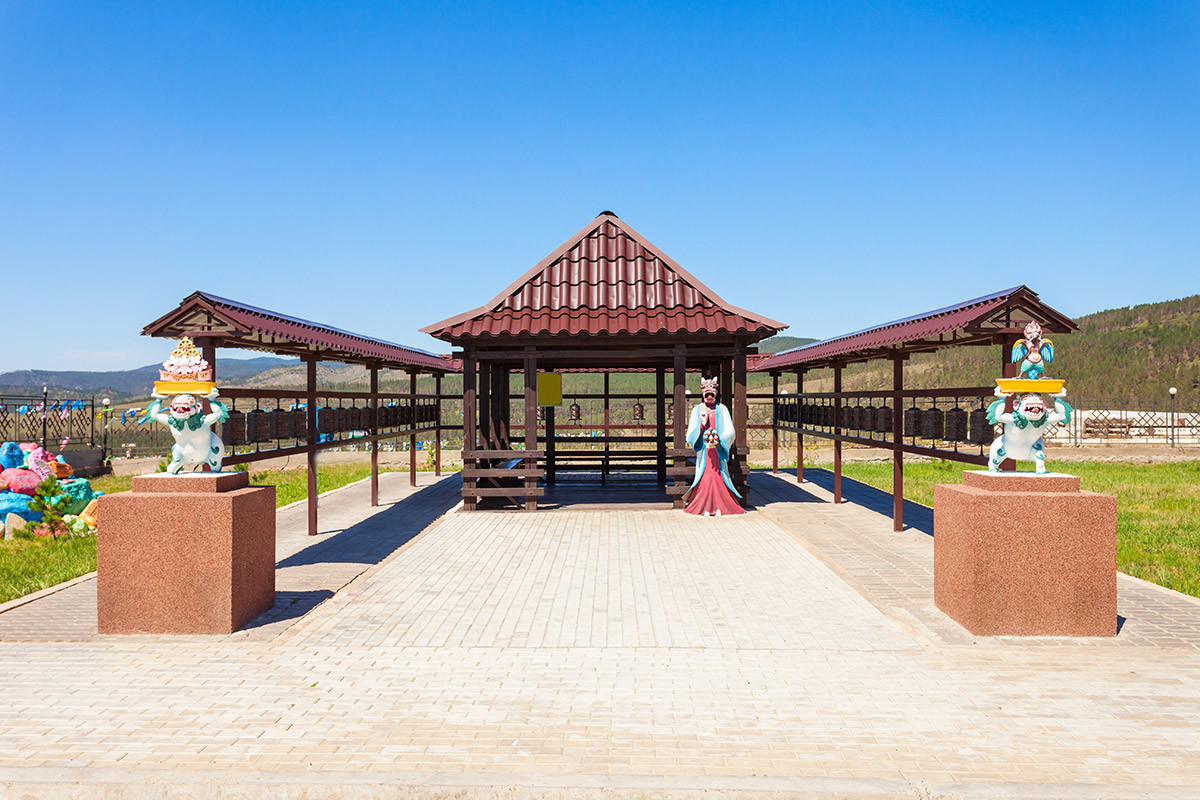 A country of rolling hills between the southern shores of Lake Baikal and Russia’s frontier with Mongolia, Buryatia spans a territory as big as Germany, but fewer than a million people live here. Half of them reside in Ulan-Ude, the Trans-Siberian stopover and capital of the Buryat people. Buryats are of Mongolian stock, nomadic herders with a language and culture close to their cousins across the border. For centuries, Mongol khans governed the lands around Baikal; but living inside Moscow’s orbit for generations - first in the Buryat-Mongolian Autonomous Soviet Republic, then as Russian citizens - has changed the Buryats’ identity.

As the first buses leave, some people stay behind for the monks to bless their food. Others stay to offer more prayers – first standing facing the Buddha with palms touching above their heads, then prostrate on their stomachs on the carpet. 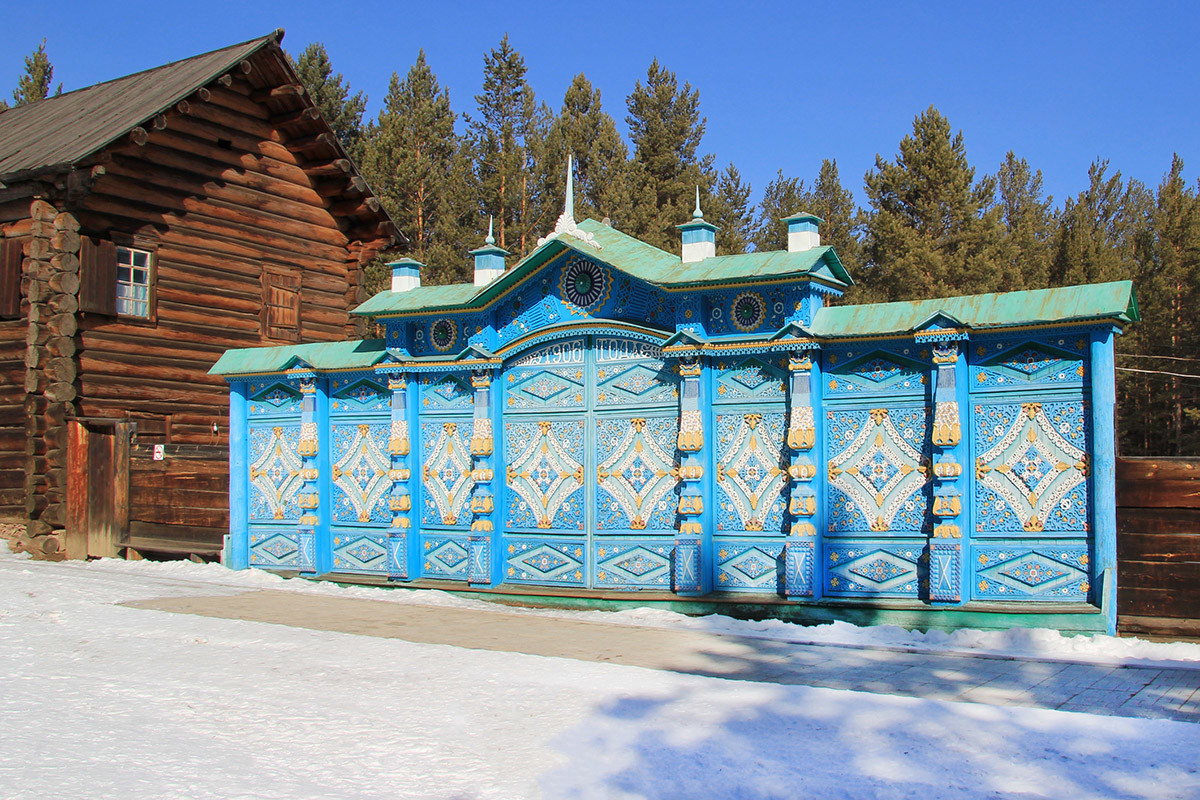 Ethnographic Museum of the peoples living behind Baikal.

Outside in the temple’s grounds, the view over the Transbaikal region from the summit is breathtaking. A mountain wind rips through a row of brightly-coloured prayer flags. Cast-iron prayer wheels rasp against fingers in the Siberian cold, while boards display Buddhist mantras in Russian, encouraging patience and hard work. A separate building houses the temple’s museum: its walls are covered with photographs from the Dalai Lama’s visit to Buryatia in 1991. 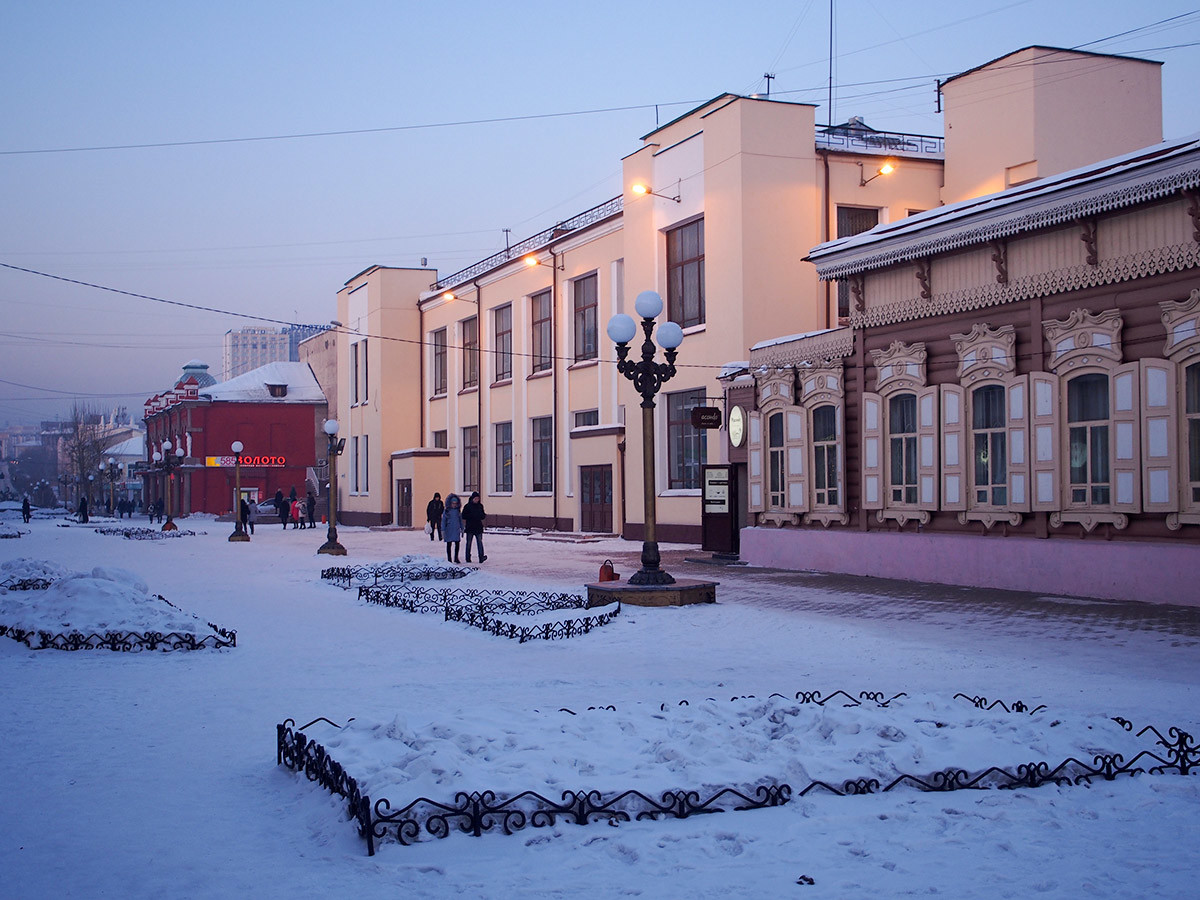 Down the hill in Ulan-Ude, it’s easier to feel that you are in Russia. The voice of the tannoy ushering people into the chaotic Galaxy mall on Baltakhinova Street is the same man I had heard outside a mall in Arkhangelsk the week before. Kuybysheva Street is a collection of old wooden Siberian cottages, most repainted colourfully in bold blues and greens, and with white window-frames. They survive from the time of the Tsars, when Ulan-Ude - back then a little settlement called Verkhneudinsk - was a Russian trading post on the way to China.

On Soviet Square, in the middle of the city, is the landmark that gives Ulan-Ude its quaint claim to fame: the world’s largest sculpture of Lenin’s head, which serves as Buryatia’s calling card on the Trans-Siberian Railway. The head, eight meters tall, is known outside of Russia, too: the then supreme leader of North Korea Kim Jong-il (himself a man of Eastern Siberia; he was born outside Khabarovsk) traveled here shortly before he died in 2011, especially to pay his respects to Lenin. 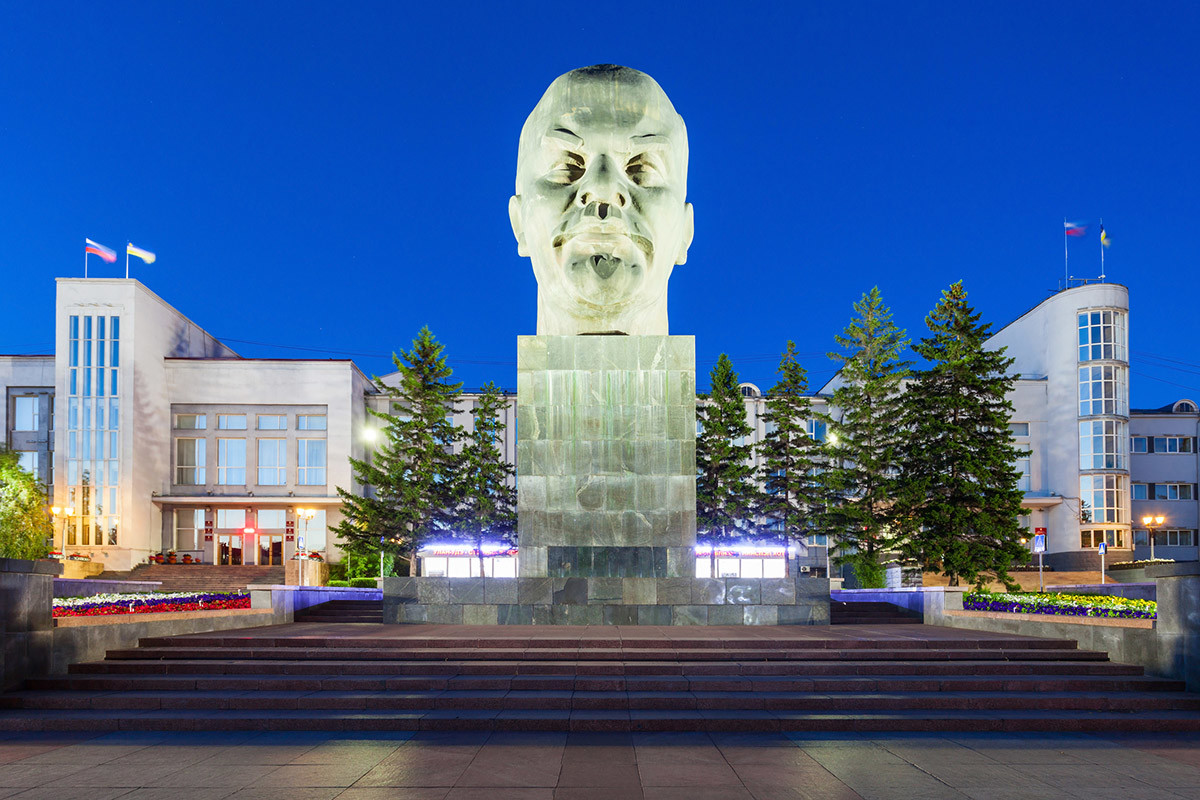 But Ilyich (that’s Lenin’s patronymic) wasn’t always so popular. The story goes that the sculpture was commissioned in 1971 to mark the centenary of Lenin’s birth and shipped to Canada, where a delegation from the Soviet Union was taking part in an exhibition. When the 42-ton Lenin returned home, Ulan-Ude was the only town in the USSR that Moscow could persuade to take him. 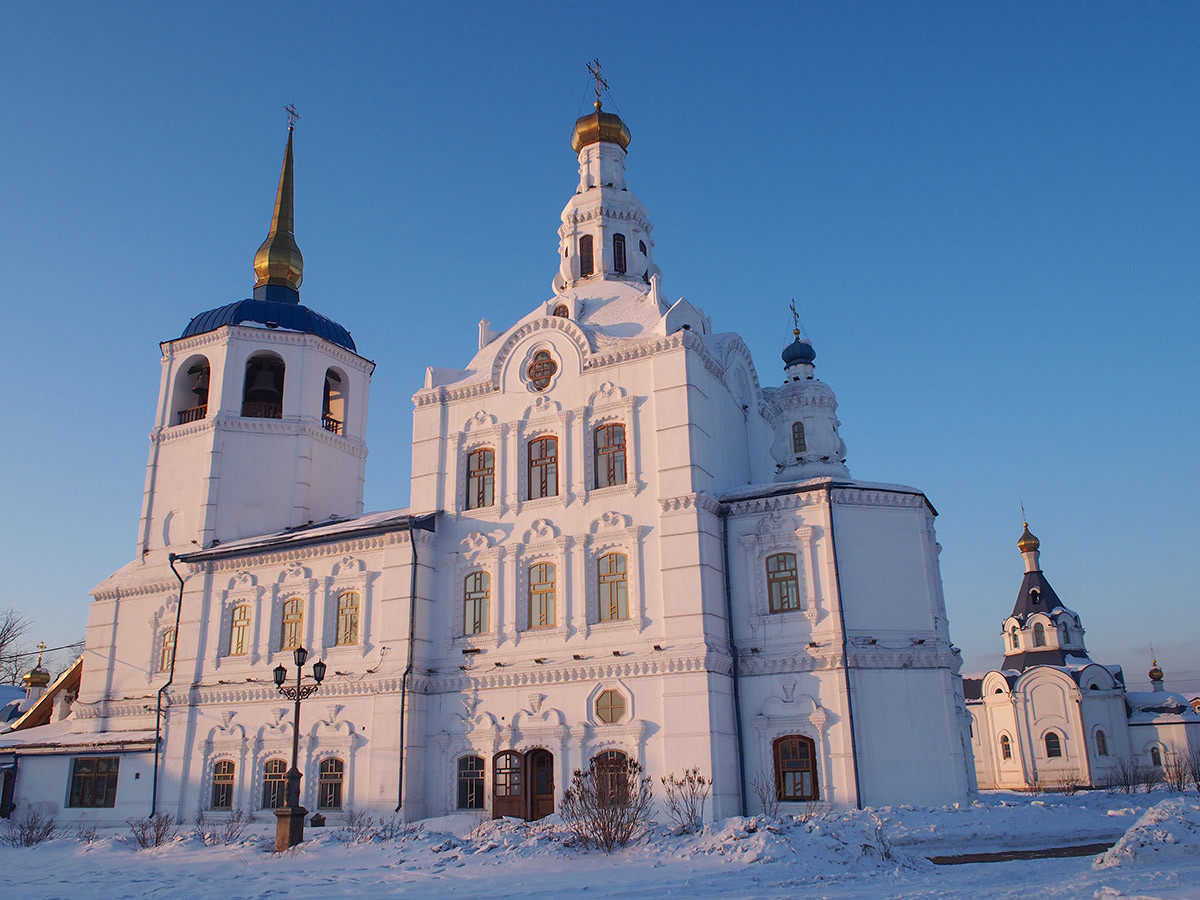 If the air inside the Rinpoche Bagsha temple crackles with prayer, then during a service at Odigitrievsky cathedral, the sound waves soothe you. Each deep ululation of the priest, followed by a chorus of high mesmeric song from the congregation, makes your heart slow down until you are frozen to the spot. The cathedral was built in the 18th century with money donated by Cossack merchants. It stands where the two rivers that run through Ulan-Ude, the Uda and the Selenge, almost meet. During the Soviet era, Odigitrievsky cathedral was converted into an anti-religious museum, but now services have resumed here twice a day. 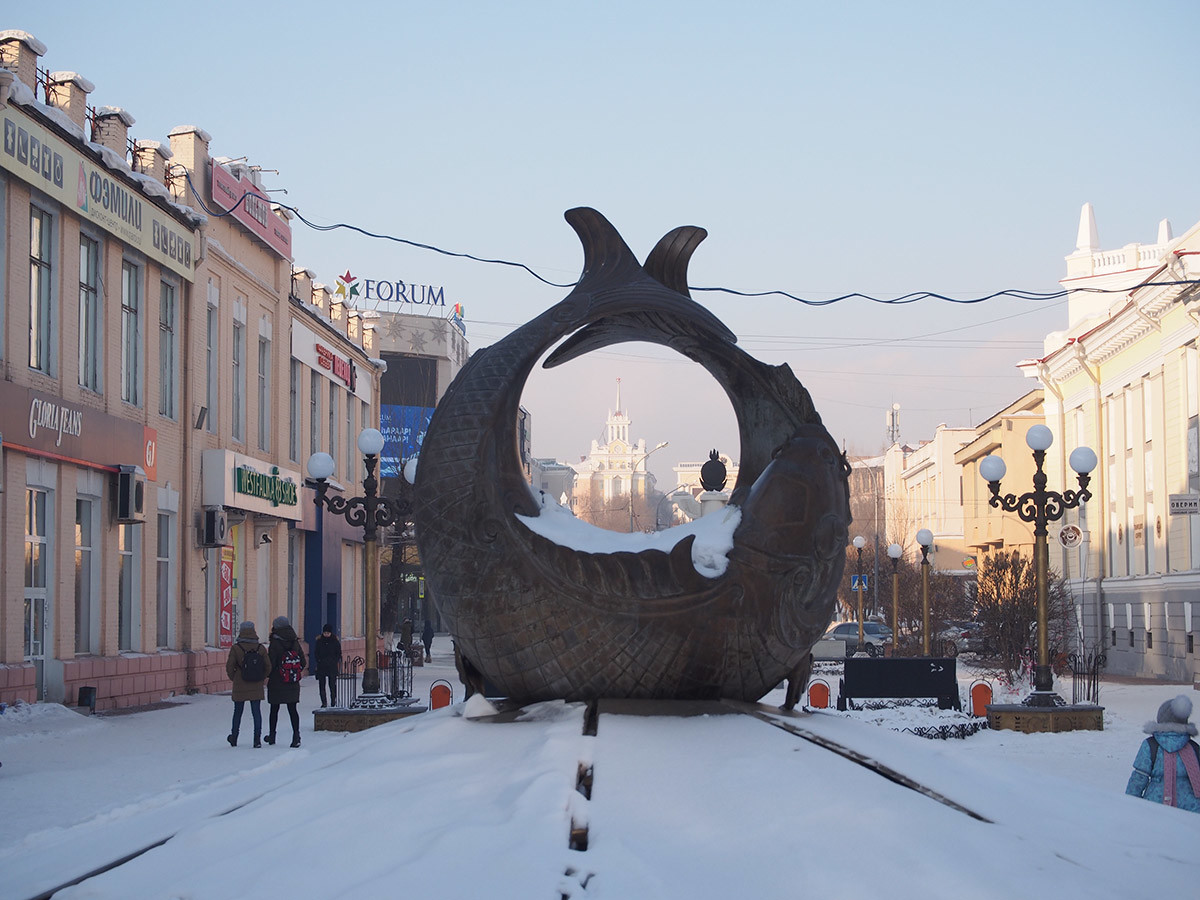 In other parts of Ulan-Ude, Buryatia’s cultures blend together. At Cafe Kheseg on Kommunisticheskaya Street, Buryat families eat brunches of boovo (small, hard doughnuts served in a puddle of condensed milk) and blinchiki (small pancakes), as Russian and Mongolian ballads alternate on the stereo. Souvenir stores sell Mongolian handcrafts beside packs of Sagan Dalya, a potent medicinal Siberian tea. A statue on Lenina Street depicts two fish with their tails entwined to form a circle. This is an auspicious symbol in Buddhism, representing freedom and happiness, and here they are the shape of two Russian omul salmon, native to Lake Baikal. 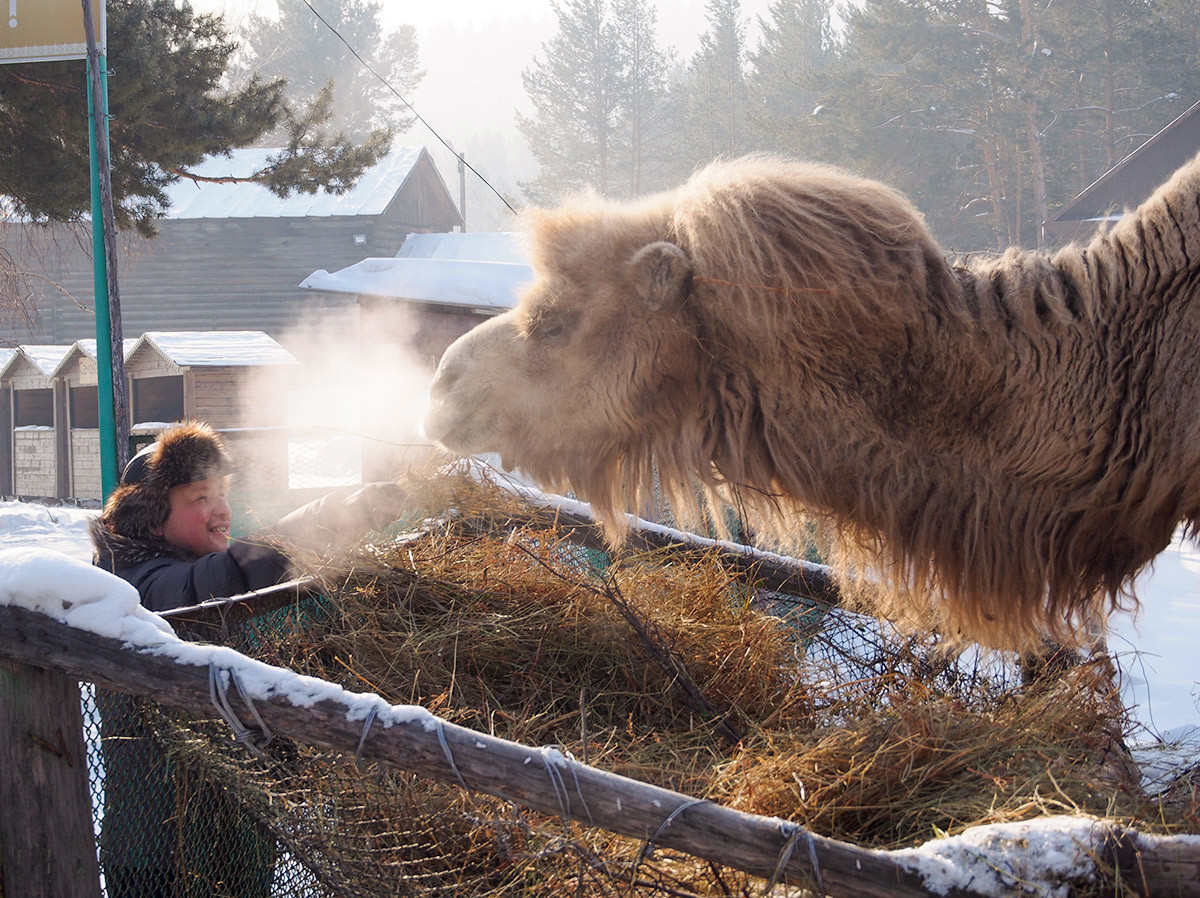 Half an hour’s drive north of Ulan-Ude, in the district of Verkhnyaya Berezovka, is the Ethnographic Museum of the Peoples of Baikal - a portion of the wilderness punctuated with model villages. Each village is dedicated to the culture of one of the tribes, who populate the vast Baikal Region - Buryats, Evenks, Soyots, Cossacks and Old Believers. To get to the villages, you have to walk through a wildlife sanctuary, where a Siberian tiger, a pack of wolves, wild red foxes and Bactrian camels roam around in large pens.

On a bitterly cold night, with a six-hour flight back to Moscow before dawn, I walk back towards Rinpoche Bagsha. I have to end my trip with one last look at a Soviet-era slogan on top of a housing block. It says, in big red letters: “Ulan-Ude - star of my Buryatia!”

Jonathan Campion writes about Russia at jonathancampion.com. Last time he traveled to Buryatia was in 2018.