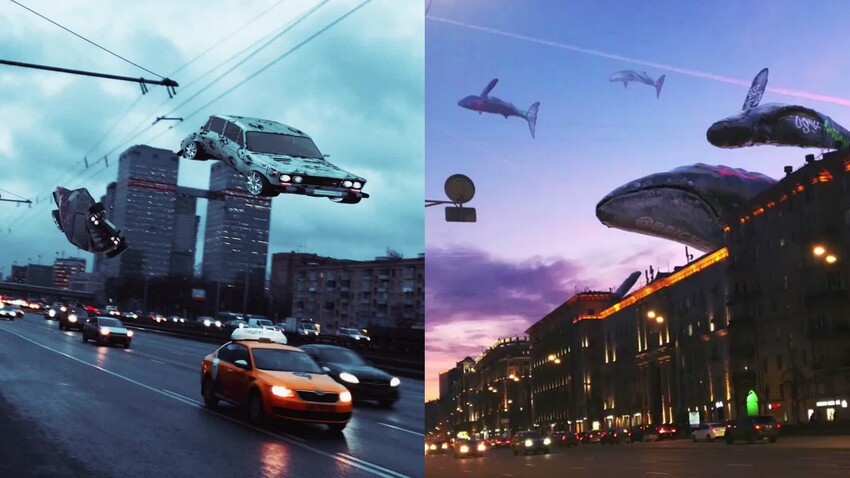 Media artist Stepan Khristoforov, aka ‘Brickspacer’, creates NFTs that are among the most expensive and viral in Russia. Here we detail (and show) the secret to his success.

“At some point, I realized that you have to set a price that you regard as high yourself and then add another 20,000 on top. You should value your own work. Yes, it is easier to find a customer if you set a low price, but then you will be treated like a sack of potatoes,” Stepan Khristoforov, known in the art world under the pseudonym ‘Brickspacer’, said a couple of years ago.

He was 21 at the time and really knew what he was talking about: Today, he sells his crypto pictures for thousands of dollars, creates graphics for Ariana Grande and Jeembo and compiles videos for Puma and Pepsi. His work has been exhibited at the Neo Shibuya media gallery in Tokyo and Forbes made him a nominee for its ‘30 Most Promising Russians Under 30’ ranking in 2021.

Among his latest work is an advertisement for Alfa-Bank, one of the largest banks in the country, in which a toy teddy bear in a 3D animation (the bear is the property of the designer) breaks out of the media facade of a Moscow City skyscraper using a giant credit card and soars away on it as if air surfing between the office towers.

Popularity came to ‘Brickspacer’ on social media, when he started posting his work there. Judging by his background, it can be confidently said that he is a self-made man from start to finish.

“I never went to art school and dismissed all that stuff altogether, because art schools are full of granddads who don’t understand a thing,” is Khristoforov's radical view of an academic art education. True, he has never studied anywhere to do the things he does.

From the age of 12, he would independently find material on computer graphics on the internet and take on simple commissions. “I began to earn money by making covers for the YouTube channel of a blogger who reviewed Lego toys and it was ghastly in the sense that it was about nothing. But, I was paid for it - 2,000 rubles a cover - and, for me, a schoolboy, it was very good money,” says the artist.

At the end of tenth grade, he found a job as a junior in a motion design studio. According to Khristoforov, the owners didn’t give a damn that he was only 15, because they could see his potential.

While building up his skills, he realized, at some point, that he had to start making a name for himself. The artist opted for viral videos for social media. At first, he went in for stop-motion animation, trying out different formats, and, in the end, his first viral video garnered 16,000 views. In just one month, ‘Brickspacer’s audience grew from 16,000 to 100,000 subscribers. It was a video with whales flying over Moscow.

“It was apocalyptic, I realized I had taken off and, after this video, I started to focus on graphics,” Brickspacer says.

When NFTs and the whole business of crypto art first appeared, ‘Brickspacer’ was the first in Russia and the CIS to monetize his work on specialist platforms.

One such work was made following a tweet by then head of Roscosmos Dmitry Rogozin about the Mars rover vehicle, ‘Perseverance’. The work, which featured Rogozin, was titled ‘The first thing Americans saw on Mars’ and was bought on the online marketplace, Foundation, for $6,600.

And his whales over Moscow titled ‘Stop Killing Us’ was sold on another NFT marketplace for $9,300 a year after it was created.

Their main protagonists are wolves. They wait in line to be able to stand in another line, they relax on benches beside panel-built blocks of apartments, they drink tea in the compartment of a typical Russian train and they sit at a table holding a party.

The titles of the works are also expressive: ‘May Days’ [he has in mind the long May public holidays], ‘Hole in the Road’, ‘Panel-Built Block of Flats’. The parodic series about life in Russia is called ‘CryptoRussia’.

‘Brickspacer’ admits that what he puts out on social media is thought up by him in a few seconds and explains his talent in terms of “simple visual savviness”. And, to help artists such as himself, Khristoforov has set up a Telegram channel called NFT Bastards (now the biggest Russian-language channel concerned with NFTs, with 37,000 subscribers) and has founded an agency to help artists, performers and brands to enter the NFT market while avoiding the pitfalls encountered by others.