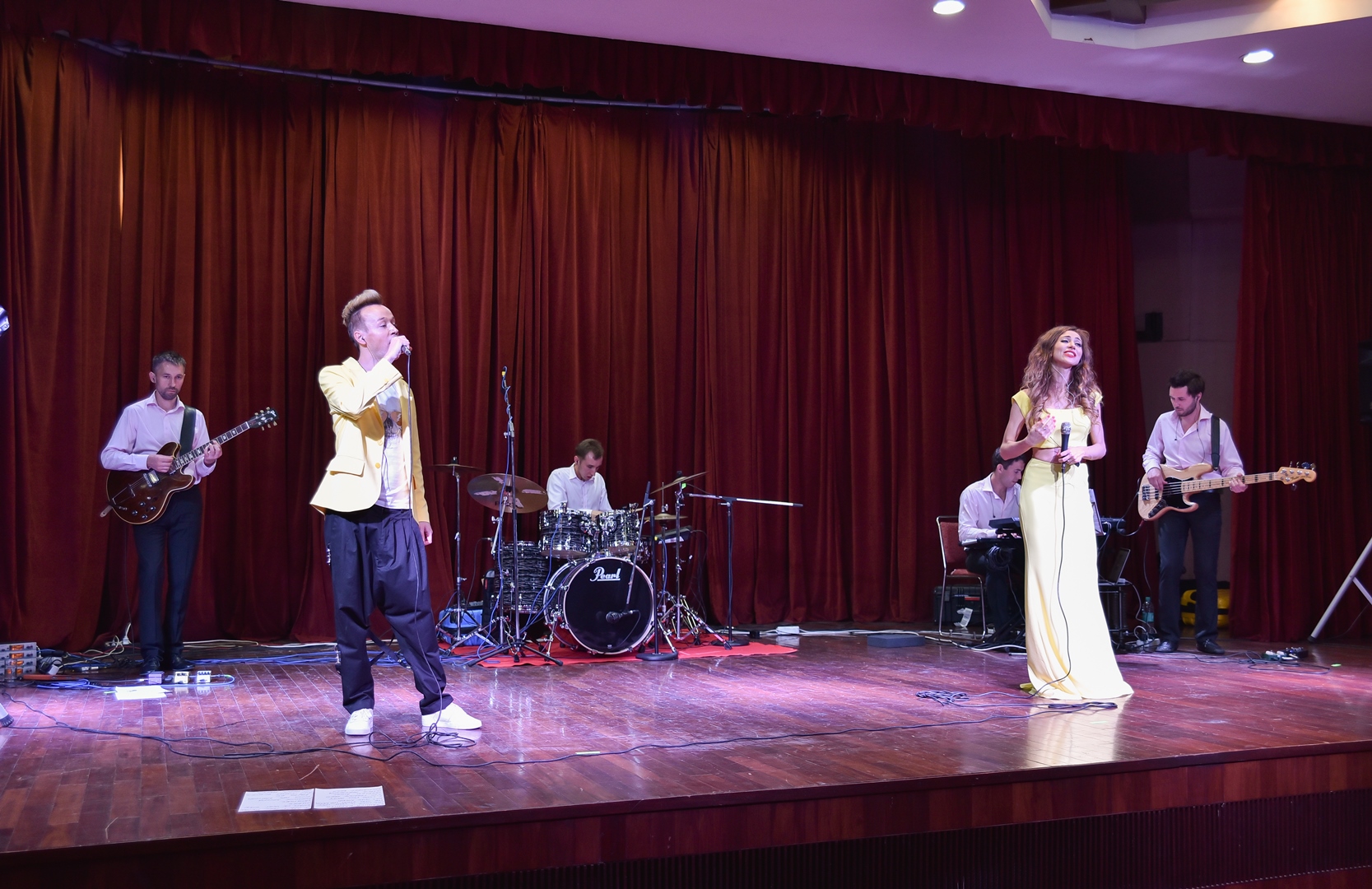 The Luxury Band from Moscow performed at the RCSC on June 8.

RCSC
The Luxury Band from Moscow performed at the Russian Centre of Science and Culture on June 8, heralding celebrations for the Day of Russia.

Moscow’s famous “Luxury Band” gave a performance at the Russian Centre of Science and Culture (RCSC) in New Delhi on June 8, 2016, enthralling the audience. The function, jointly organised by the Russian Embassy, heralded the celebrations dedicated to the Day of Russia.

Winners of many competitions, including High-Heels Competitions 2015-2016, the ‘Luxury Band’ Jazz team have performed in all CIS Countries in all weather conditions, ranging from  -47 degrees C in Jakutia to + 43 degrees C in Delhi.

Artists in the band are mostly graduates from the musical academy, named after Gnesins. They had performed in many Russian and international musical festivals. Each show of this amazing band is a real treat for connoisseurs of music.

RCSC Director Rozovskiy felicitated the artists after the performance.