The Russian wild: 5 dangers to watch out for in the summer

Lifestyle
Anna Sorokina
A trip to a Russian forest or seaside during the summer is usually incredibly pleasant. Nature, animals, picnics...but be careful: Opportunistic bugs (and plants) are ready to ruin the peace. Watch out for these five dangers. 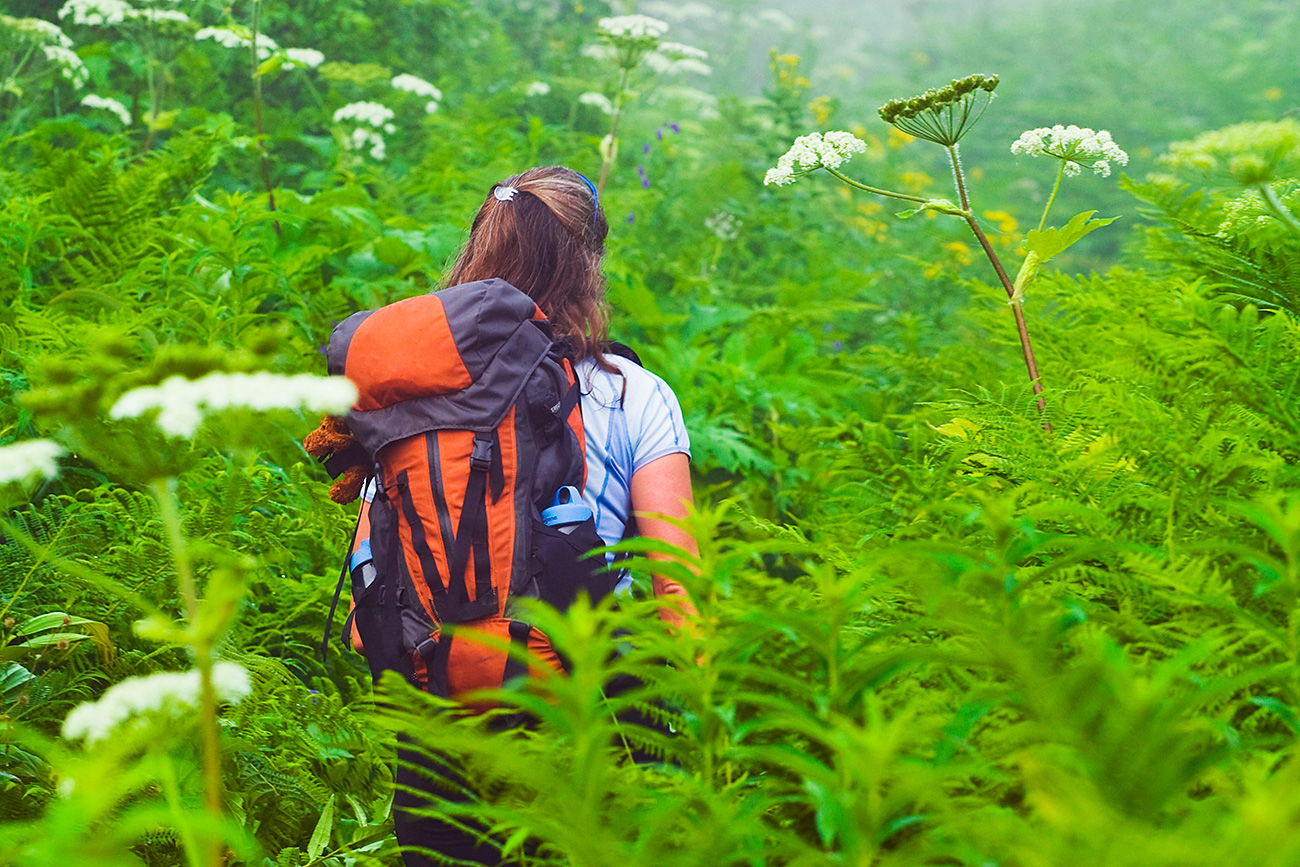 The Sosnowsky's hogweed looks like a huge dill. / Getty Images

At the first glance, Sosnowsky's hogweed is an unremarkable plant, except for its ability to grow up to about five meters tall, and bury its roots two meters underground. It looks harmless, like a huge dill plant, but touch it at your own peril. It burns the skin and can even result in death. Keep the plant away from your eyes as well, it can make you blind.

The Latin name for this plant is Herácléum: Legend has it that Heracles himself was injured by the weed’s juice - which says a lot, he killed the nine-headed Hydra! 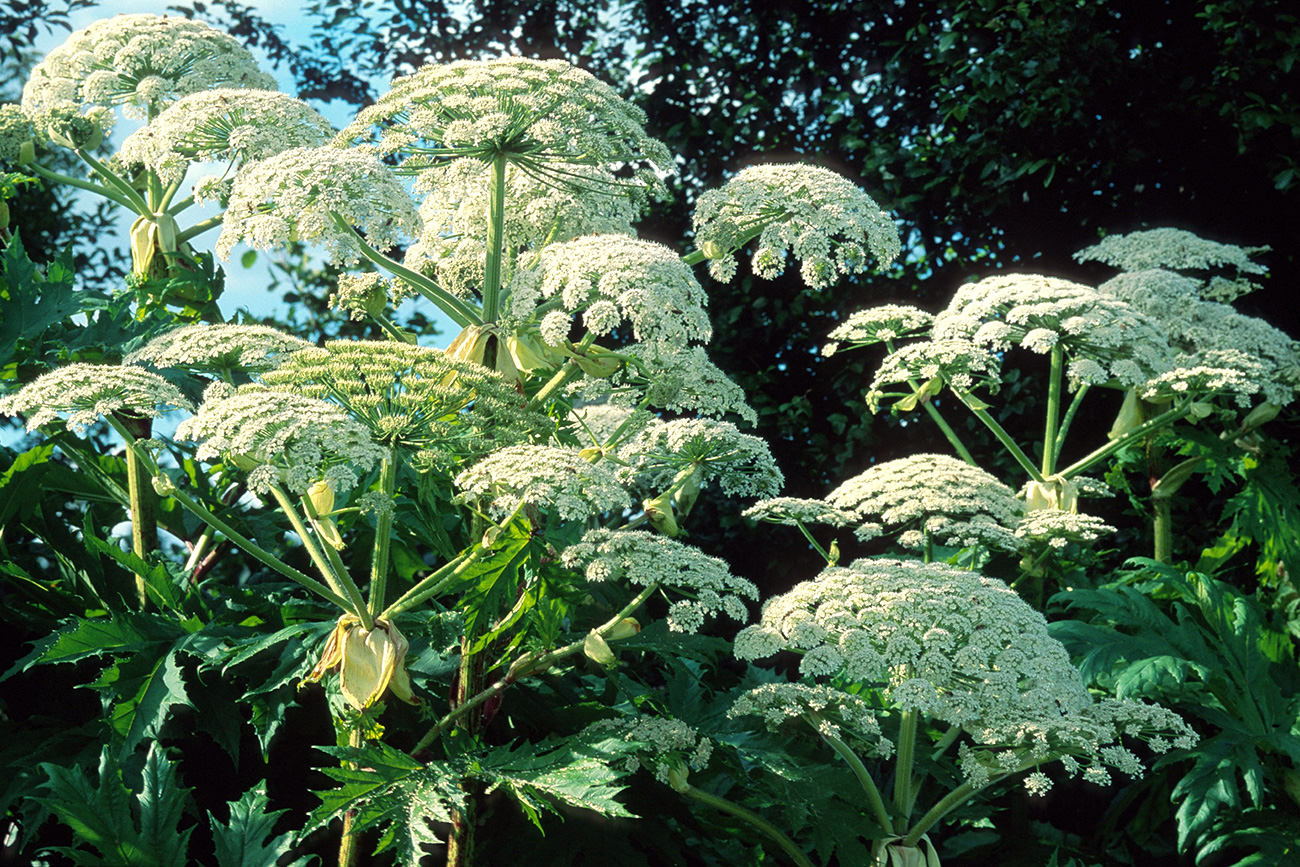 It was first found in the 1940s in the Caucasus Mountains. Agronomists were trying to use it as a silage plant, but the Soviet cows didn’t like it. Nevertheless, the hogweed had already spread across Central Russia and continues to grow all over the country today. Sosnowsky's hogweed captures territory, and displaces other plants.

It’s easy to confuse hogweed with an Aegopodium plant, which looks similar and is harmless. So don’t believe those people who told you that they played with the hogweed and nothing happened to them. It was just the wrong plant!

Where they grow: Central Russia, the Urals, Siberia, Altai.

When they are most dangerous: June, July, August.

How to protect yourself: Don’t touch it! 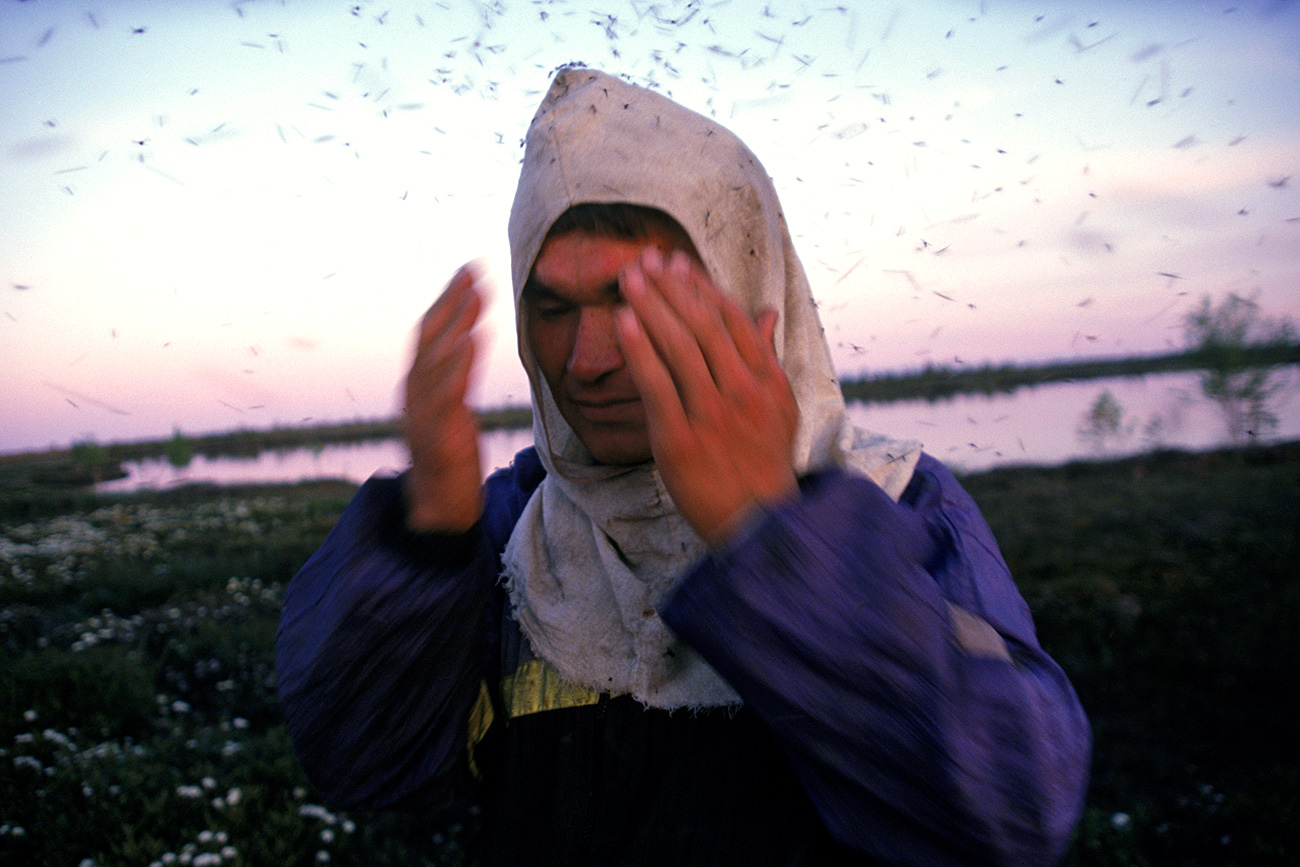 A man swiping away mosquitoes from his face, Siberia. / Getty Images

These terrors might not be so noticeable in Moscow but if you spend a weekend at your dacha or travel to Siberia’s taiga for example, they can wreak havoc. That unforgettable whining buzz is enough to drive anyone mad. Mosquitoes love wet, marshy spots so don’t forget your anti-bug spray when embarking on a trip to the Urals or Karelia in July and August.

You probably won’t feel the insect pierce your skin until the blood sucking beast has had its fill. Only female mosquitoes bite because they need blood for reproduce. They home in on their targets by sensing warm human breath. They can spread malaria and other diseases so it’s important to try and keep them at bay.

Bizarrely, in some Russian regions people have even created monuments to the flying vampires, like in Chelyabinsk in the Urals and the Siberian town of Noyabrsk. God knows why anyone would want to do that!

Where they live: Everywhere! Especially from Central Russia to Siberia. They lay their eggs in water so marshland is usually full of them.

When they are most dangerous: From the early spring to late fall. All night long.

How to protect yourself: Use anti-mosquitoes spray, use mosquito nets. 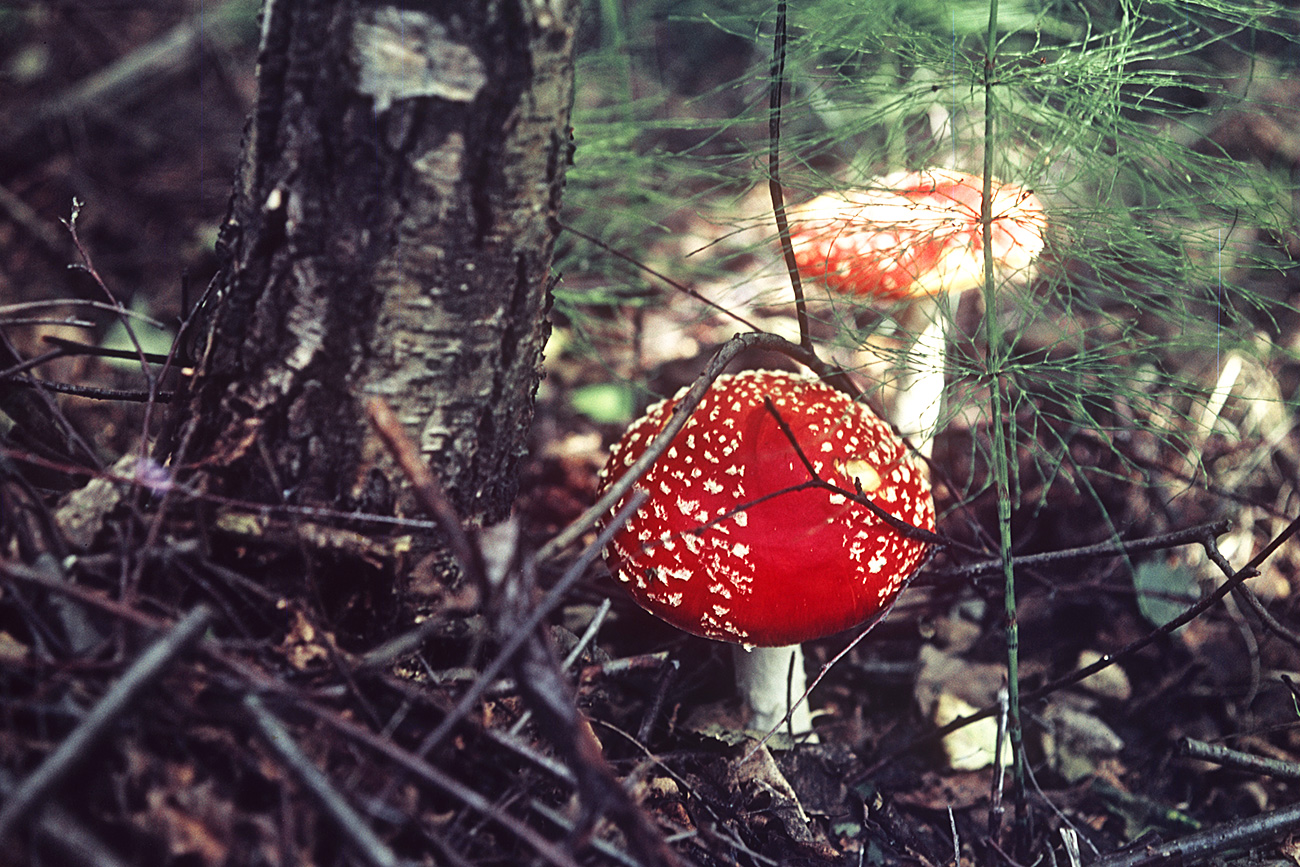 “Silent hunting” is a very popular activity in Russia. Walking in the forest with friends is always relaxing and good for the soul. Until you meet...the fatal mushrooms.

Some Scandinavian legends have it that warriors ate a piece of fly agaric prior to battle and could no longer feel pain as a result, making them formidable fighters. Whether this story is true or not, the mushroom is known for its hallucinogenic qualities. It’s rare to die from eating too much but definitely best not to try - an upset stomach is the least you can expect!

The most dangerous mushroom, the death cap, looks a lot like the russula and champion mushrooms. To distinguish an edible one from a poisonous one, look under the cap. Edible shrooms usually have smooth underbellies, while the dangerous varieties are ribbed. What’s more, a death cap has a tight ring around its stem - beware! 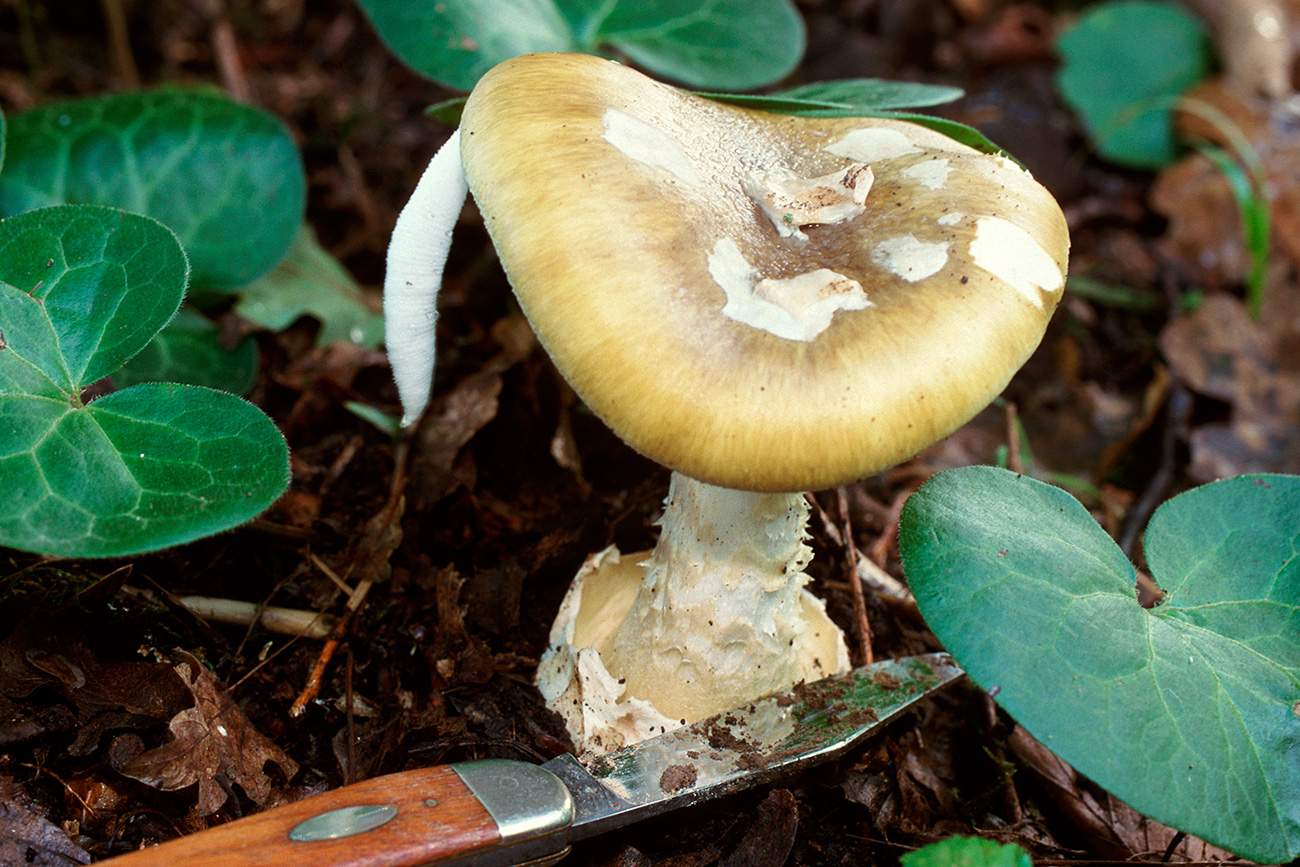 Just a quarter of the mushroom's cap is enough to poison an adult. The first symptoms of poisoning are a headache, nausea, and general weakness. The mushroom can also cause liver damage and hepatitis – and your chances of survival depend on your health and the amount consumed.

Where do they grow: Coniferous forests across Russia except in the country’s southern regions.

When they are most dangerous: End of July to end of fall.

How to protect yourself: Do not pick mushrooms you can’t identify - not only in Russia but all over the world. Always check twice before eating.

Ticks and their tricks 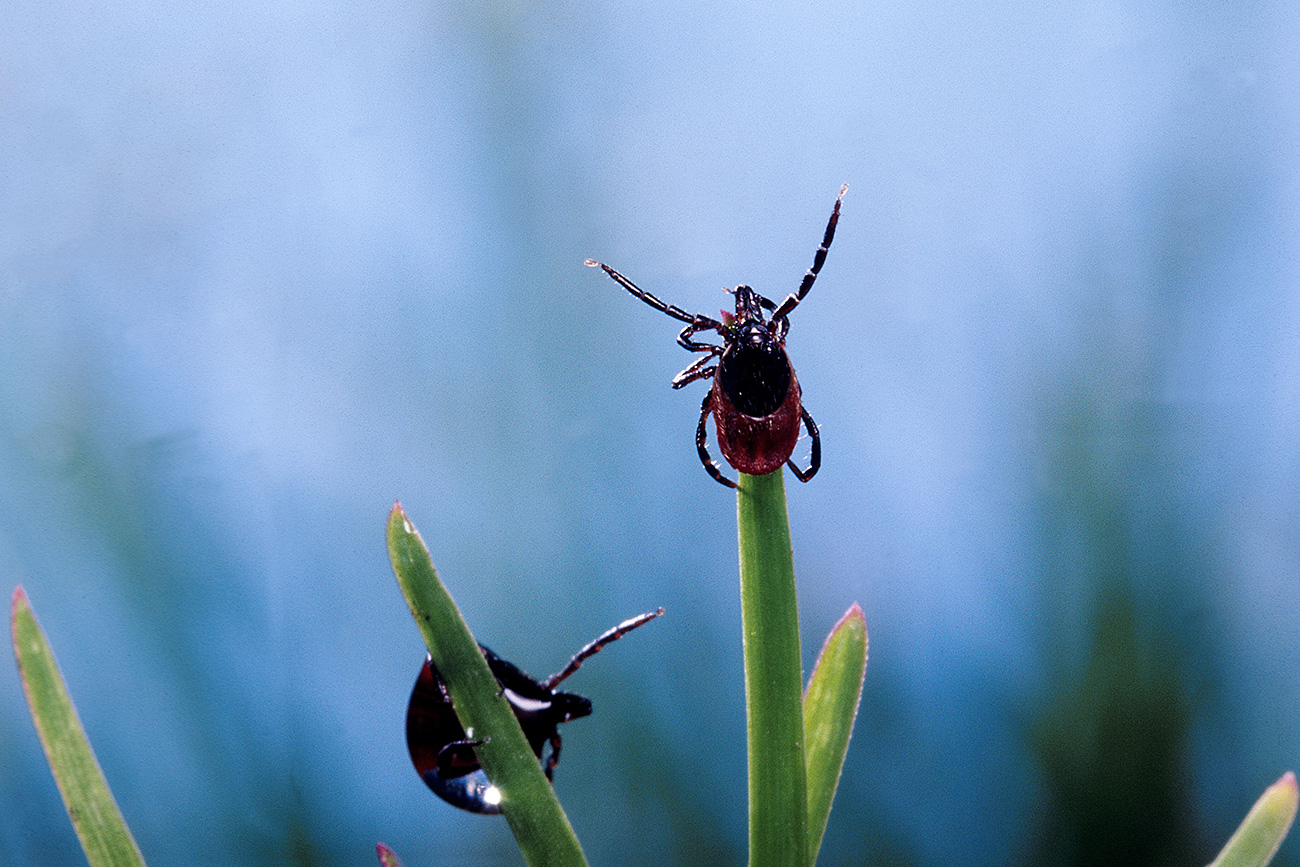 Ticks like to climb on a cute blade of grass or a leaf waiting for the victim. / Global Look Press

These microscopic (0.2 to 0.4 mm) bugs like to wait on blades of grass or leaves for their victims. As soon as someone tasty passes by the tick will latch itself on with its miniature but powerful jaws. These bugs feel the approach of a human at a distance of several meters. If you do get bitten, don't pull if off - visit a doctor. But if you are in the wilderness, don't touch it - instead put a drop of oil or cologne on the tick and get medical assistance as soon as possible.

Ticks can pass on encephalitis (a crippling inflammation of the brain) and Lyme disease (a severe infectious illness) to humans, so keep your limbs covered up. A tick’s bite is sometimes difficult to notice so after a walk in the woods you should examine your body.

Where they live: Central Russia, the Urals, Siberia, Far East.

When they are most dangerous: From April to mid-June; From August to October.

How to protect yourself: Wear long-sleeved shirts and pants, cover your head and neck while walking in Russian forests and use anti-tick spray.

A jellyfish can ruin your day 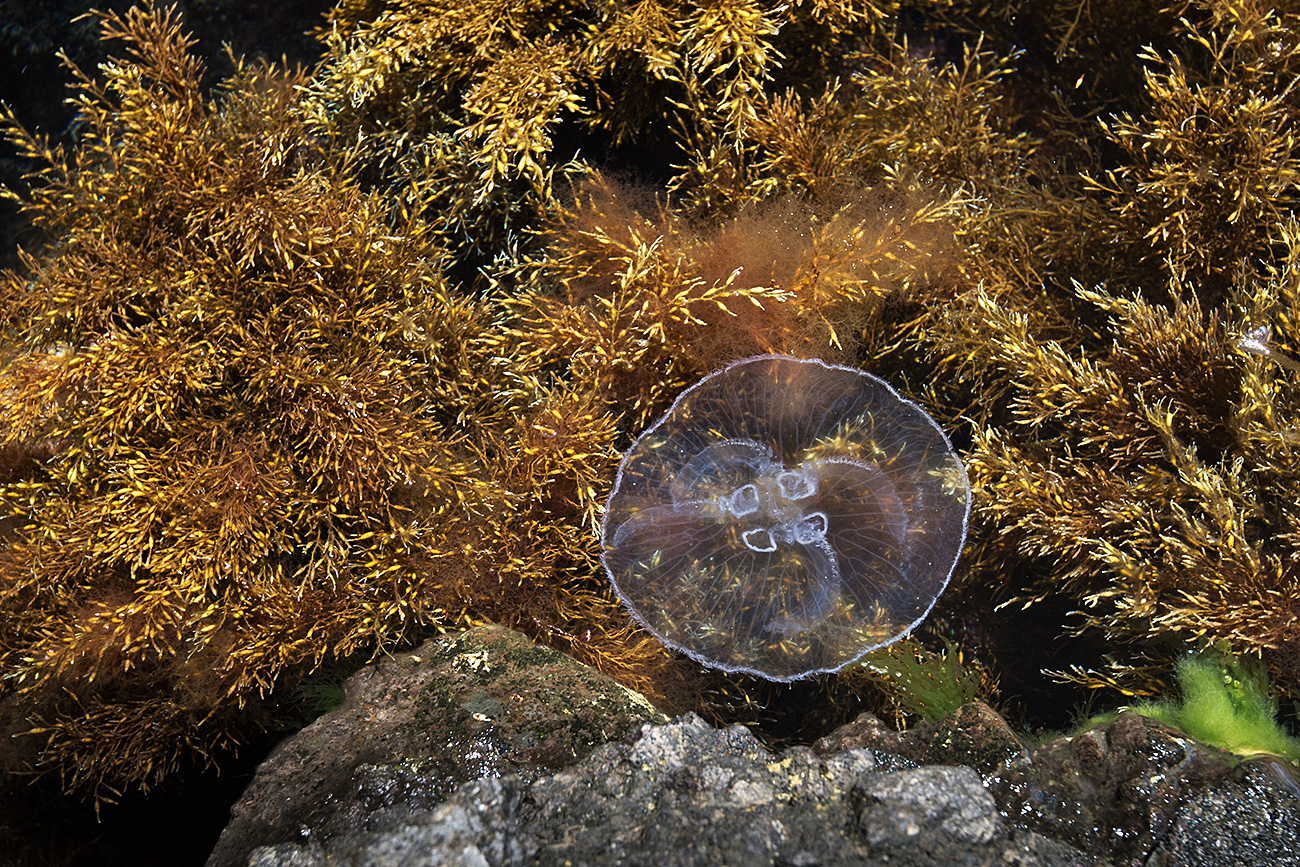 A jellyfish in the Black Sea in Karadag nature reserve in Crimea. / Sergey Malgavko/RIA Novosti

What could be more pleasant than swimming in the sea during the summer? Wallowing in the warm water, forgetting all your problems, and feeling the sun on your body. Don’t get too comfortable - a jellyfish can easily ruin your day.

There are only three kinds of jellyfish in the Black Sea and Azov Sea, and their poison is not deadly, but if you get stung it can hurt - badly. The most potent poison is delivered by the violet colored “meduza.” You will feel its burn for several days.

When they are most dangerous: End of July and August, especially during hot days.

How to protect yourself: Be on the lookout and don’t touch them; they will only usually sting if they feel threatened.

Read more: The beasts of the Russian linguistic menagerie