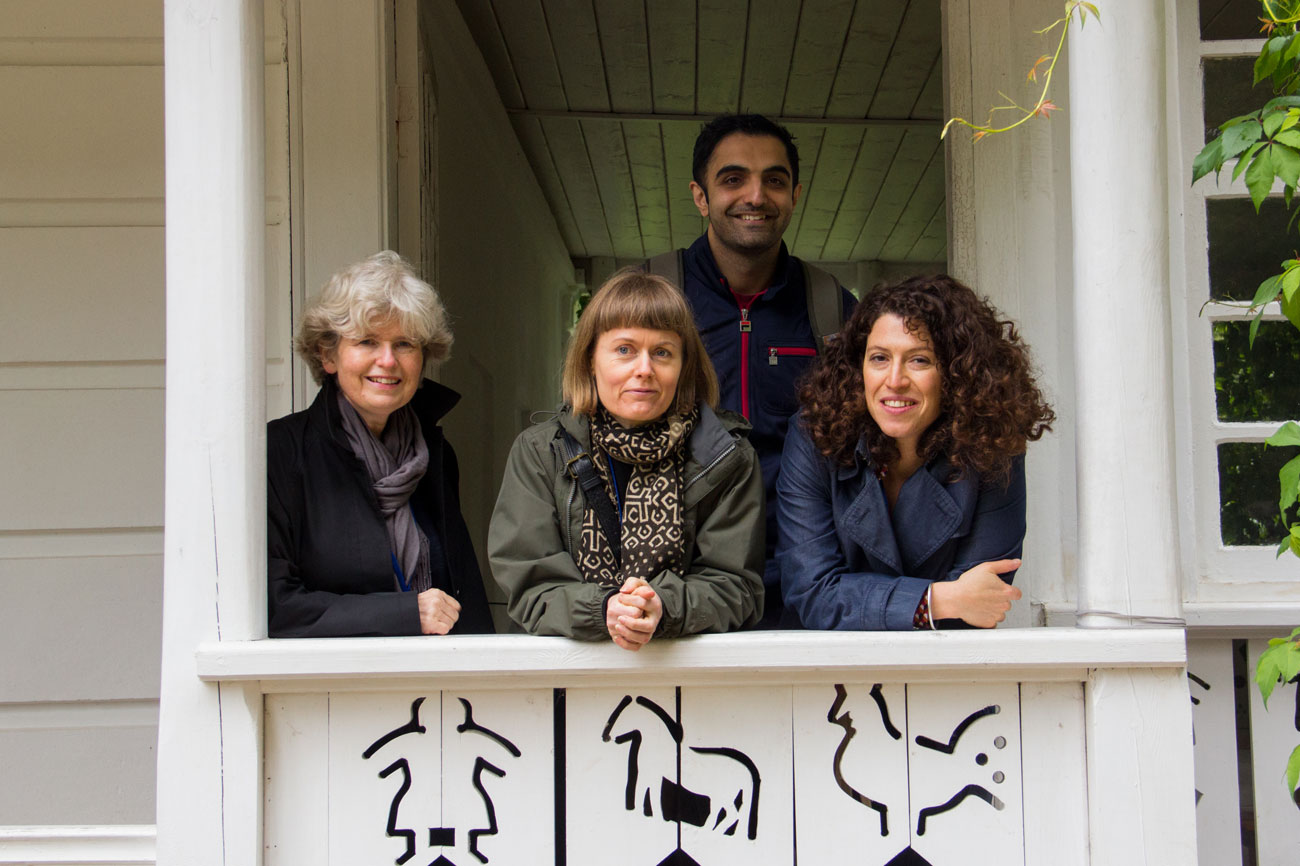 The great Russian writer Leo Tolstoy knew more than 10 foreign languages. On the shelves of the library at his estate, Yasnaya Polyana, there are plenty of English titles. "He didn't like Shakespeare and Oscar Wilde, but he did really like Dickens and Byron," said Olesya, a tour guide at the estate.

Some recent guests to the property were particularly interested in Tolstoy’s favorite English authors. From Sept. 15-18, a delegation of five British writers paid a visit to the estate, 125 miles south of Moscow, where the legendary writer spent about 60 years of his life and wrote all his greatest works. The authors were part of a literary seminar organized by the British Council involving more than 80 translators, teachers, professors and advanced English readers from all over Russia.

During the four-day seminar, the Russian participants took part in meetings with the authors, workshops on creative writing and lectures on British contemporary literature as well as walks around Yasnaya Polyana and meals consisting of iconic Russian dishes such as borscht and kasha.

“Diversity” was the overarching theme of the gathering, according to organizers. Cortina Butler, the director for literature at the British Council, and Doug Wallace, the creative director for the UK-Year of Language and Literature, both said that when they were choosing the authors to invite, they tried to select a varied group — writers from different regions of the UK who are writing in different forms and styles on different topics. This diversity could be seen in the themes of the panel sessions and discussions, which ranged from family problems, to problems of indentity, feelings of belonging to a certain place and culture, faith and terrorism.

Charlotte Mendelson, whose novel Almost English has just been released in Russia, was thrilled to take part in the seminar. "My favorite novel is War and Peace, and the fact that I could come here was just amazing. I think War and Peace is the best novel ever written, and I am maybe too sentimental, but just being here and seeing the trees he might have seen, it's so exciting,” Mendelson said. 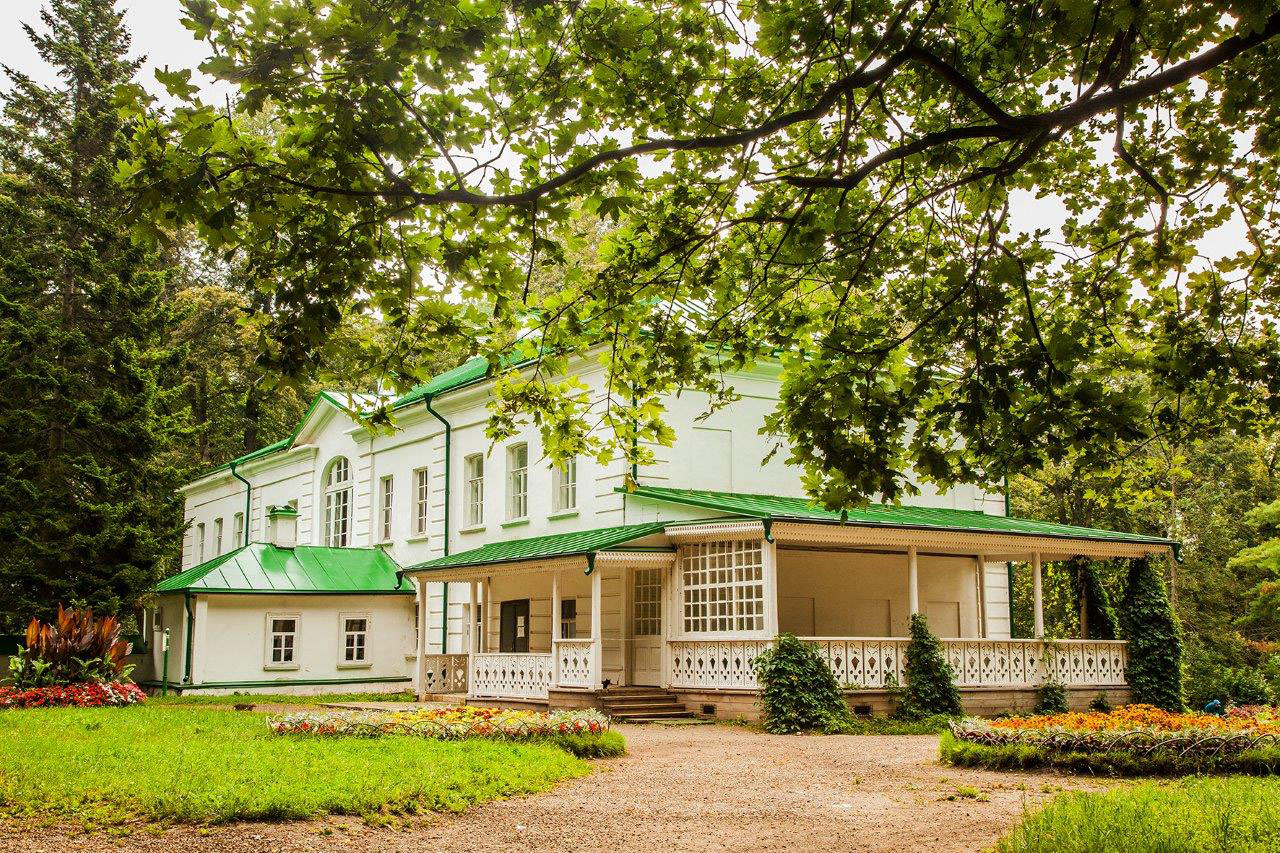 Mendelson’s latest book is a non-fiction work about gardening called Rhapsody in Green, and she says she is just obsessed with gardening, growing a bench of different plants in her tiny back yard. She adored the expanse of Tolstoy's estate and made notes about which trees and flowers grew there. Mendelson also was interested in everyday Russian life, particularly the idea of the dacha, and said she wanted to try "every dumpling and [type of] kvas."

Sunjeev Sahota, a finalist for the Booker Prize and a descedant of immigrants from the Indian state of Punjab, also found inspiration walking the paths Tolstoy once walked. Sahota captivated the entire audience with lectures on his novels Ours are the Streets, which explores the motives of the terrorists who committed the 07/07 bombings in London in 2005, and The Years of the Runaways, which tells the stories of three immigrants from India. 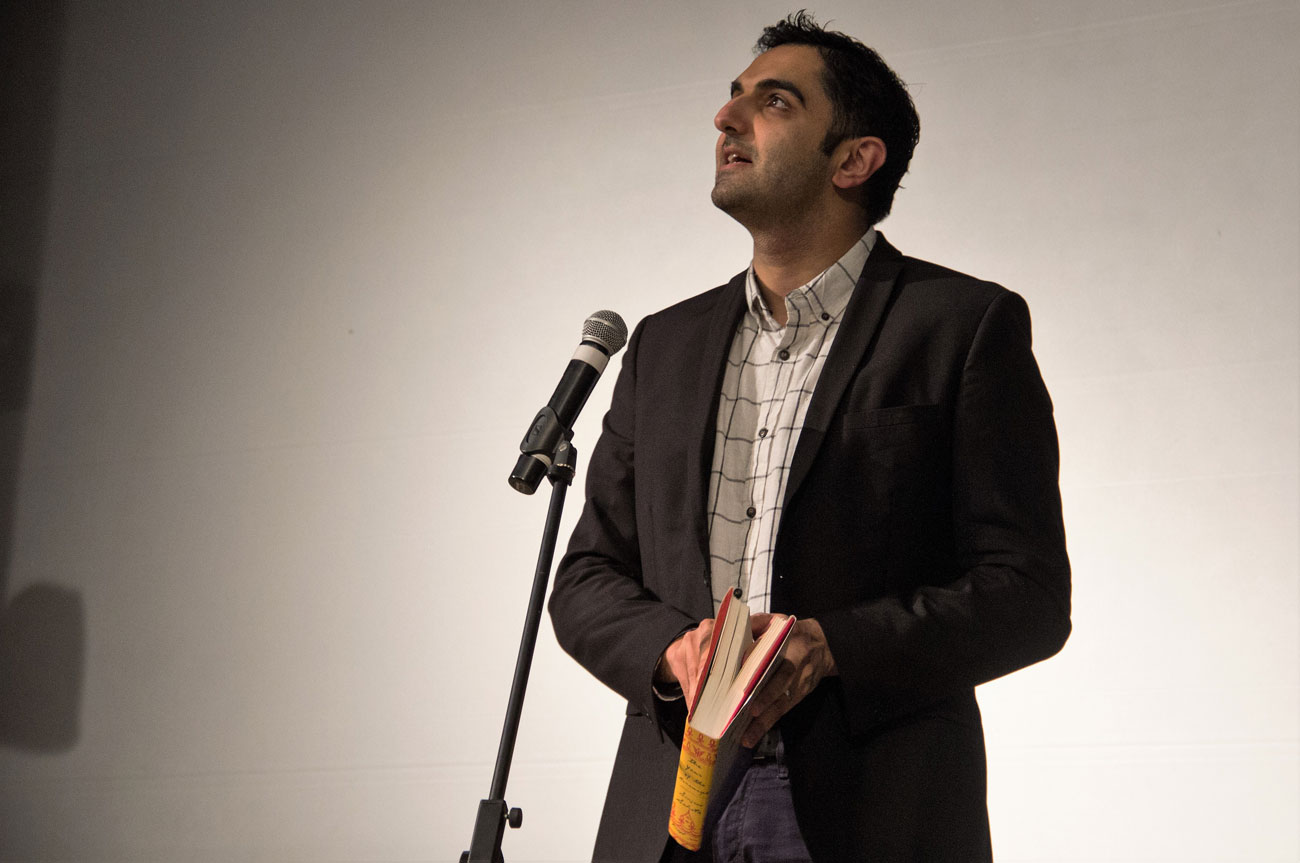 Sunjeev Sahota reading an extract from his book. Source: Courtesy of the British Council

Alexander Livergant, the editor-in-chief of the magazine "Foreign Literature," who attended Sahota’s talk, said that the British writer has a really strong possibility to reach Russian readers. "The problem of migration is really touchy in Russia today," Livergant said, adding that he was interested in publishing a translation of Ours are the Streets in his magazine.

Another of the British authors, Louise Welsh from Glasgow, was thrilled to know that in Russia Crime and Punishment and Anna Karenina have been adapted as musicals. "I think anything that brings people to literature and helps them to interpretate books in a new way can only be good," said Welsh, who has written librettos for three operas. But, she added, it should be done carefully, as many people are very emotionally invested in the classics. 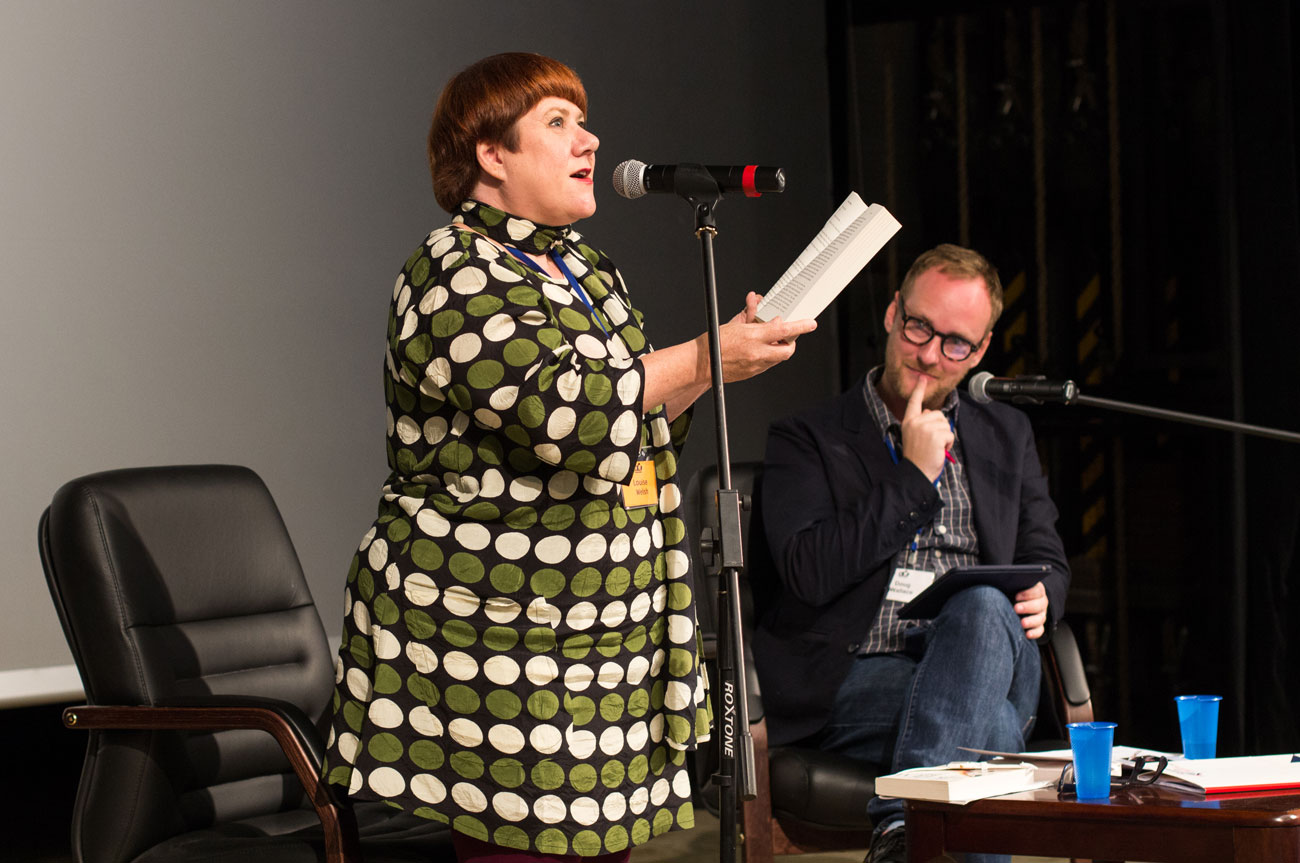 Louise Welsh reading an extract from her novel. In a seminar chaired by Daug Wallace (R). Source: Courtesy of the British Council

Another writer, Londoner Nicola Barker, is known for the complex worlds, plots and forms of her novels. She has been both long- and short-listed for the Booker Prize, and has won a range of other literary awards. Her latest book, The Cauliflower, is about Ramakrishna. Barker noted her surprise that the audience members asked sophisticated questions, showing a high level of knowledge of both English and English culture.

Like her fellow participants, creative writing teacher Ruth Borthwick was visiting Russia for the first time. "Before my visit, I read a book by Peter Pomerantsev about Russia, and in his book all the Russians are gangsters, but that was not my experience in Russia for sure," she said, adding that she was impressed that the participants continued discussing literature even after the sessions were over. She was also moved by the gracious hospitality offered the writers, and the scope of the event. "Everything is on the grand scale, and it's impressive," Borthwick said.

Poetry addicts attending the gathering were very pleased to meet Welsh poet Owen Sheers. Sheers, for his part, said he was amazed how many British authors Russians knew compared with how few Russian writers he knew, admitting that he had made a huge list of both historical and conteporary Russian novels to read.

Michael Bird, the director of the British Council in Russia said the seminar's aim is to encourage new translations of British authors into Russian. "People read in Russia. One of the reasons I love Russia, it's a county where literature is valued." A similar seminar has been held for already 30 years in Germany, and the organizers hope to make the Yasnaya Polyana event an annual one.

Read more: UK to be the Country of Honour at Moscow's non/fictio№ Book Fair