Ravers up in arms as electronic festival is banned in Moscow 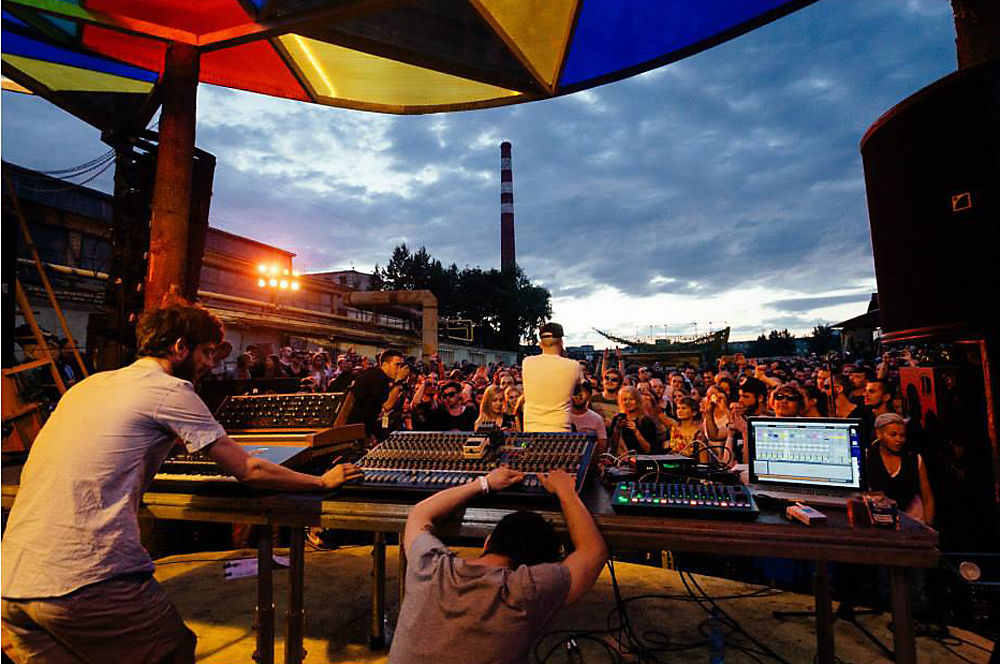 According to the prefect of Moscow's Southeast District, the organizers had been late filing the application for holding the festival.

Press Photo
The 2016 edition of Outline, an internationally recognized techno rave, was shut down in Moscow several hours before its start. Angry music lovers are railing against the government while officials are blaming the event's organizers.

In the two years since its establishment in 2014 the Outline electronic music festival has become a Mecca for Russian ravers. The organizers would clean up abandoned places such as the trash-strewn floodplain of the Moskva River and derelict factories, construct a complex system of stages and areas and invite musicians and artists from all over the world.

Yekaterina Dementieva, editor-in-chief of the events publication Afisha, called it the "first festival in Moscow not to imitate foreign ones but to which foreigners came."

The 2016 edition of Outline was supposed to reach an unprecedented scale. The organizers had been constructing the premises for the two-day festival for several months. More than 100 artists had agreed to come (including The Residents, The Skatalites, and Ricardo Villalobos) and 12,000 tickets had been sold.

"My friends said last week that we are preparing for Outline lots more than for New Year's, which made me laugh," said Moscow resident Greta Lucas, an employee of the Information Center for the German Economy.

"Outline Festival was probably the biggest event for all Russian techno and electronic music fans in Moscow, and probably further countries and cities around," she said.

On July 2, just a few hours before Outline was due to open, the following announcement appeared on the event’s Facebook page: "The festival will not take place due to reasons unrelated to the organizers. Money for the tickets will be returned."

The police cordoned off the factory in southeast Moscow where the event was to be held and the festival was officially canceled at the request of the Moscow's prosecutor's office.

According to the prefect of Moscow's Southeast District, the organizers had been late filing the application for holding the festival. The prosecutor's office believes that Outline also had other problems.

"The information we have says that the factory where the festival was supposed to take place completely lacks a fire safety system," said a representative for the prosecutor's office on tabloid TV channel LifeNews.

The unexpected cancelation was a shock for electronica lovers.

"For me personally it was shocking, mainly because I felt bad for the organizers and people that had done the best of work, installations etc. for the event, all for nothing," said Greta Lucas. "I feel a lot of anger towards the police for canceling the event."

Disappointed Outline Festival guests poured out their frustration on social networks, sparing the officials none of their rage.

"Everything that is alive, real and is done with love is killed. I am deeply indignant at the government's decision," wrote journalist Kseniya Chudinova on her Facebook page.

The frustrated public agreed that with its disrespectful actions towards music and music lovers the Moscow authorities are provoking people to be disobedient. "How to make rave a form of protest? Ban it," wrote one Facebook user.

The festival's organizers have neither confirmed nor denied the fact that they had filed the application too late or that the factory lacks a fire safety system. Defenders of Outline on the social networks doubt that the organizers could have committed such a foolish error.

But promoter Stepan Kazaryan, who organizes music festivals in Moscow, believes that this is possible and that many promoters are negligent concerning the procedures for organizing events.

"Many promoters think that officials are people who don't know anything and will just not notice if an event takes place," Kazaryan told RBTH.

"I'm not saying this was the case with Outline. But if Outline's organizers filed the application on time, they can show the document and the authorities will be wrong. For now we have not seen this document."

On the evening of July 4 a comment about the cancelation of the festival appeared on Outline's Facebook page. It does not directly criticize the government and its decision.

But the organizers write that they had thought that the "necessary formalities would have been regulated" and that they had taken all safety measures, however, "this was not enough." The tickets will be reimbursed.