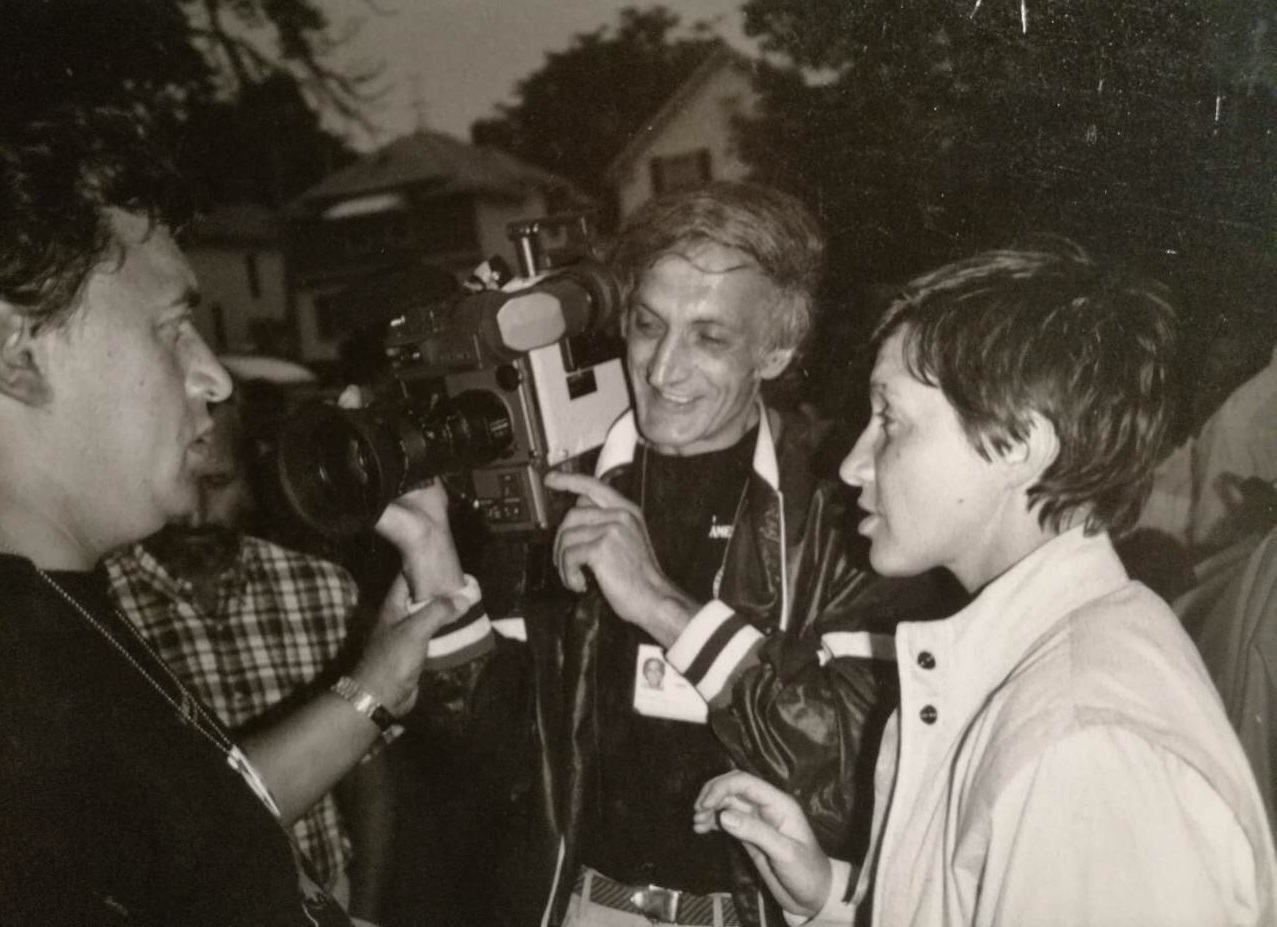 Sergey Grigoryan, the cameraman who recorded it all in the USSR - and beyond.

Personal archive
RBTH editor Maria Grigoryan tells us five memorable stories about her late father’s remarkable life. He captured historical moments from behind the lens - in both the Soviet Union and Russia as we know it today - and also traveled the world over, always with a camera in hand.

My dad, Sergey Grigoryan, was one of the most experienced and well-known cameramen in Russia. He filmed Leonid Brezhnev, Boris Yeltsin, Vladimir Putin, and Dmitry Medvedev. He scaled the world’s highest mountains, lived in Hungary and Mexico, suffered frostbite, and fought with bandits - all for the love of his profession.

Working in the newsroom, filming on location, and traveling abroad were his everything. Many of my dad’s colleagues from different countries told me extraordinary stories about an ordinary man who was on the other side of the lens during historical events. 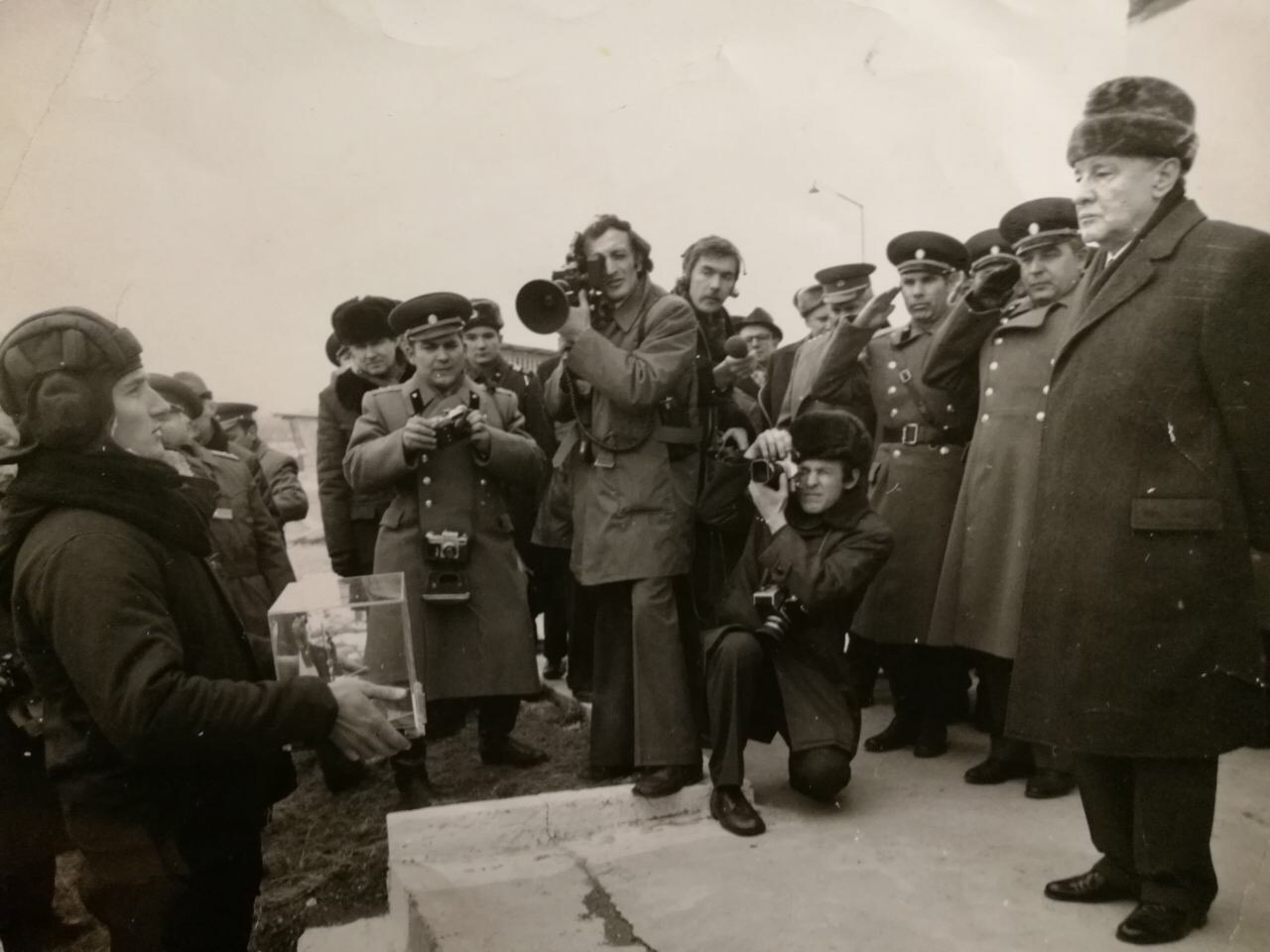 During the seventies Sergey Grigoryan was a cameraman for the Soviet Central Television in Bangladesh. Because the country’s political situation was volatile at the time, he was paid a large salary so he decided to invest in a diamond ring, saying “you never know what’s going to happen.”

My dad and one of his reporters went to a jewelry shop after filming. They both chose rings with massive diamonds, and my father decided to buy two rings. But then the military coup suddenly kicked off and the streets were filled with tanks and soldiers. Dad ran out of the store to film the chaotic scenes. When he returned the jeweler presented him with two beautifully packed boxes.

The diamonds gave my family peace of mind, we knew we always had something to fall back on. At one point we racked up some debts and my mom decided to get our “just in case” diamonds valued. The jeweler was in no doubt: Nickel-coated cubic zirconia stone, $50 for two rings. Dad refused to believe he had been scammed for some time after. 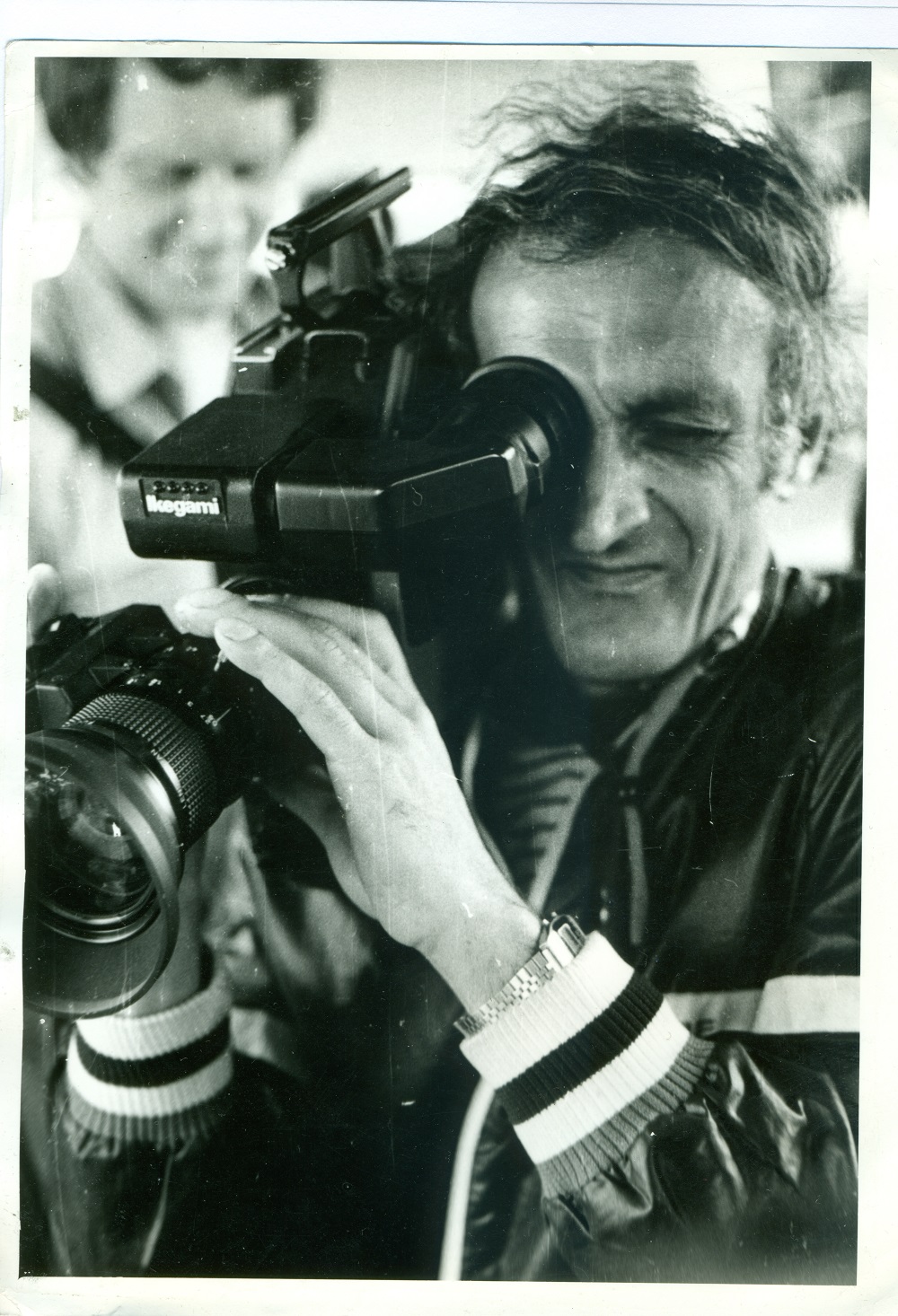 While working in the Soviet Union he was sent on a business trip to socialist Hungary to film Leonid Brezhnev. The compulsory program of the leader’s visit included, for some reason, a visit to a kindergarten.

My dad said the kids sang and danced for Brezhnev for an hour, but he had his poker face on.  Maybe he wasn’t fond of children, my dad thought.

After the concert, Brezhnev’s assistant brought a huge teddy bear and gave it to him. “What am I supposed to do with it?” asked Brezhnev. “Give it to the kids,”whispered the assistant. However, due to Brezhnev’s dementia he said: “What kids?”

Given that learning Russian was compulsory in Hungarian schools at the time, the kids understood everything - my dad was very embarrassed and felt terrible for the children. “It was at this exact moment I knew our country would face great changes,” my dad told me. The footage from the awkward moment was confiscated and burnt. 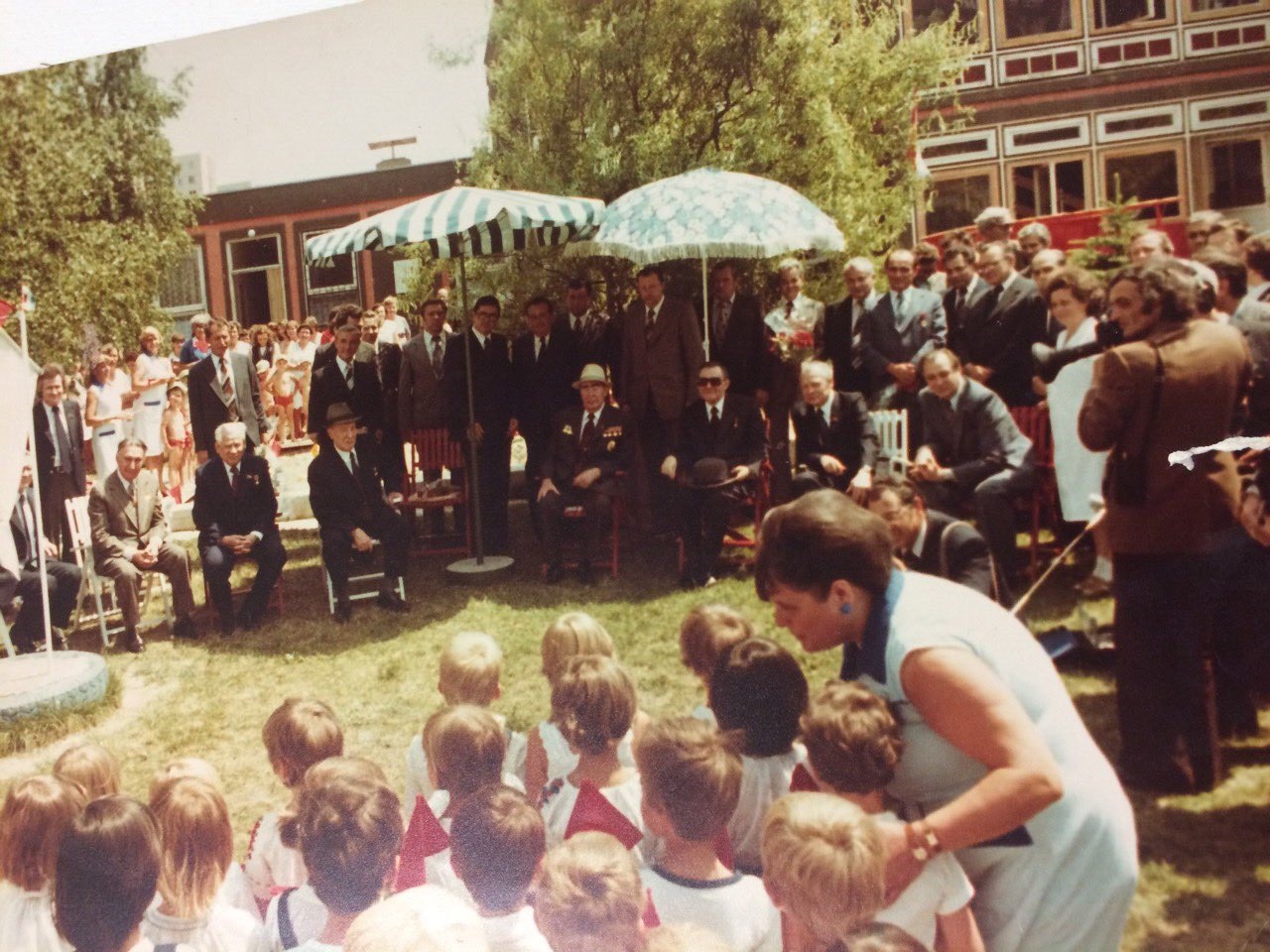 My dad’s posting to Mexico was his longest one. Our family spent eight years there. We traveled throughout the whole country and loved it. Mexicans are like Russians in some ways - open and hospitable. Usually filming ended in good spirits with shots of tequila, but there is always an exception. 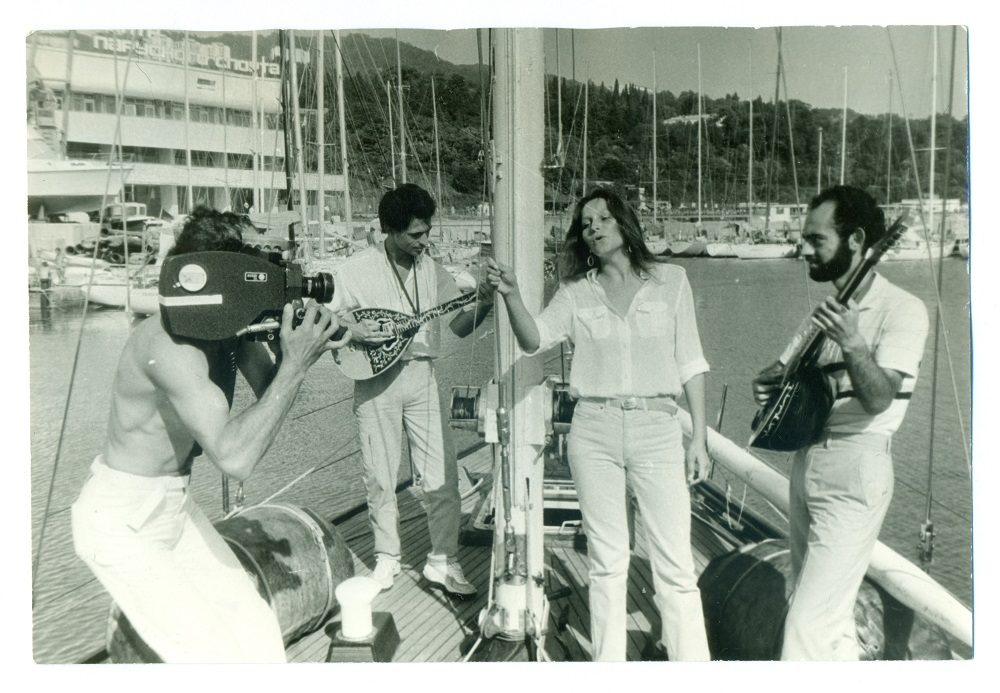 During the nineties the whole world was crazy about Carlos Castaneda’s books about Mexican shaman Don Juan. Dad’s bosses in Moscow asked him to hunt down Don Juan and his followers, so he journeyed to the depths of the Mexican jungle with a reporter. They eventually reached the shamans’ settlement

The shamans gladly agreed to be interviewed, but they demanded a large sum of money to be filmed. My dad didn’t want to spend his state-sponsored funding on such nonsense, so he told the shamans the camera was not recording and that he would only only observe their rituals.

Yet when the shamans started to work their magic, my dad secretly turned his camera on.

The shamans ominously looked at my dad when he was leaving and the main shaman said: “You will come here one more time.” As soon as my dad was back in the city, he started examining the film and was shocked: Black squares appeared on the video recording before forming into a skeleton! The sound also disappeared – there was only some strange buzz.

My father had huge, bulging, deformed fingernails. Whenever I think of him I remember his nails. Their appearance was the result of frostbite when he was filming the documentary “The Chelyuskin Epic” in Russia's Chukotka Region.

In one of my dad’s interviews he said: “There is one strange mountain in Pevek. Yura Vizbor and I decided to film Pevek from that mountain. We started climbing the mountain – it’s a terrible story – see, my fingers are frostbitten. When we reached the peak, it was impossible to film there due to the chilling wind. Nonetheless, we set up the tripod and somehow managed to find a way.” 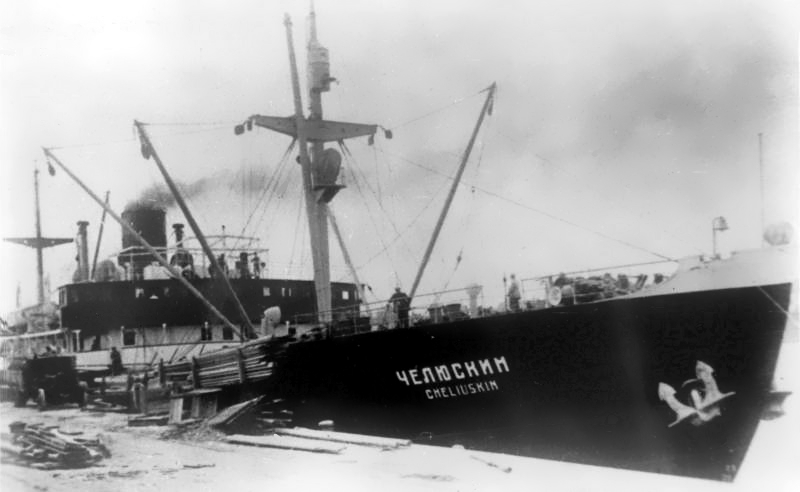 In the Chukotka Region. / Personal archive

Some days later they risked the ascent again: “Vizbor and I came up with an idea for a brilliant shot: A passenger aircraft accelerates along a concrete runway and flies away, but we decided to film it in a completely different way. We rented out a helicopter, removed its door and were supposed to simultaneously take off with the plane. We made it after seven attempts. It was a truly happy moment for many people. However, some people came in the evening and confiscated all the material because, as it turns out, filming the runway is prohibited.” 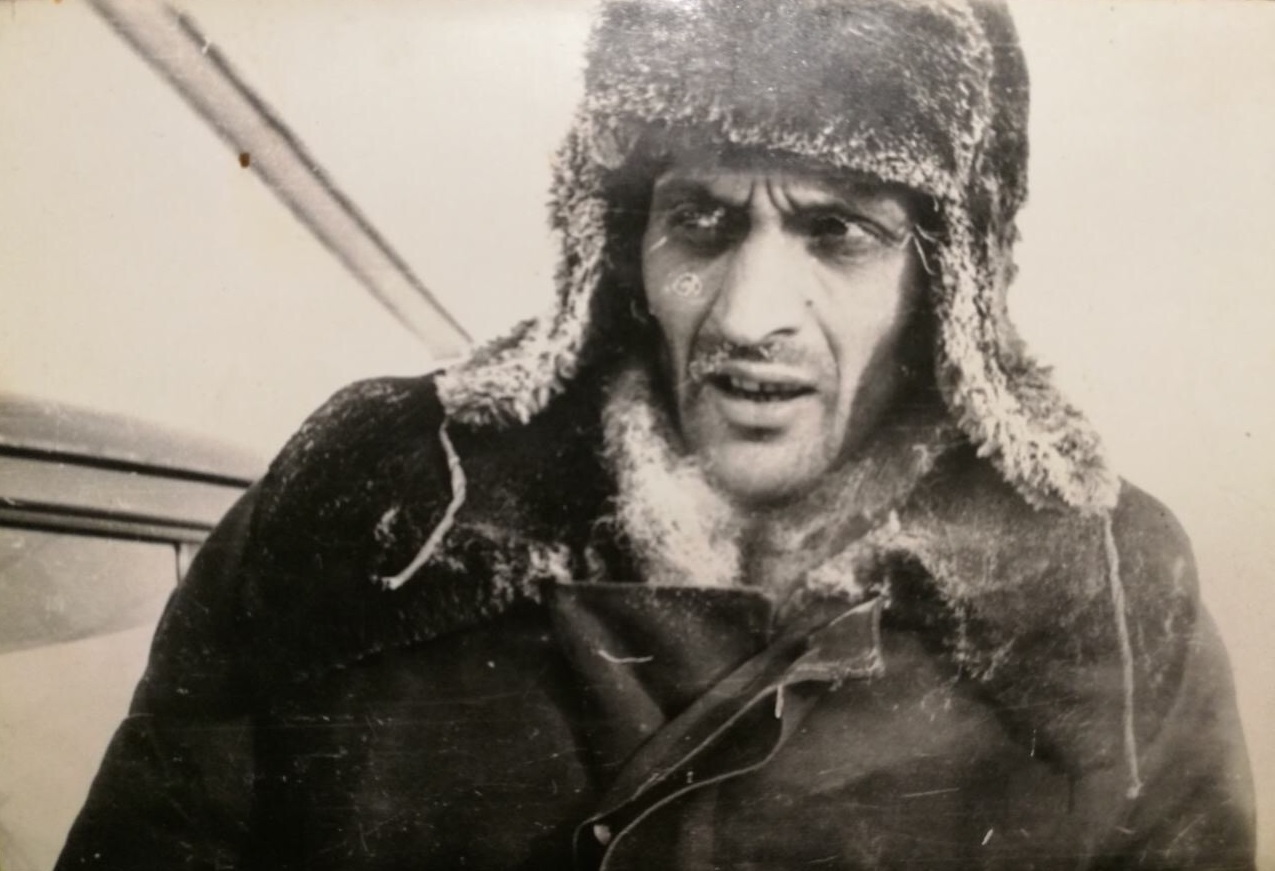 Due to the Nagorno-Karabakh conflict, which is still unresolved, people with Armenian surnames are still not officially allowed to enter the country. Channel One’s special correspondent, Anton Vernitsky, told me about his trip to Baku with Vladimir Putin: “It’s a sad story. We flew to Baku for a presidential visit. And someone messed up… They sent an Armenian person to Azerbaijan. The problem began in the airport. “I am from Moscow! I have many Azerbaijani colleagues there. We work together. And everything is alright!” my dad explained. The border guards started looking restless, rifles in hand. It was a huge scandal. Yet Putin’s press service was powerful enough. In order to calm the Azeri authorities, dad was given a badge that said: “Vladimir Putin’s personal cameraman!”

Work in the Kremlin

To film presidents for the main state channel - Channel One – is hard work, because the president has to look perfect all the time.

Channel One reporter Liudmila Shulakova told me how the wife of former President Dmitry Medvedev was filmed giving a speech. “She was accompanied by Konstantin Ernst’s (Channel One’s general producer) wife - Larisa Sinelshikova - who everyone was afraid of, and her friend. Larisa was chatting with her friend near the cameraman when Svetlana Medvedeva started her speech. Sergey hushed them up, so they immediately stopped talking. Later we told him how bold he was to talk to Sinelshikova like that. Sergey replied: “Who is Sinelshikova?” 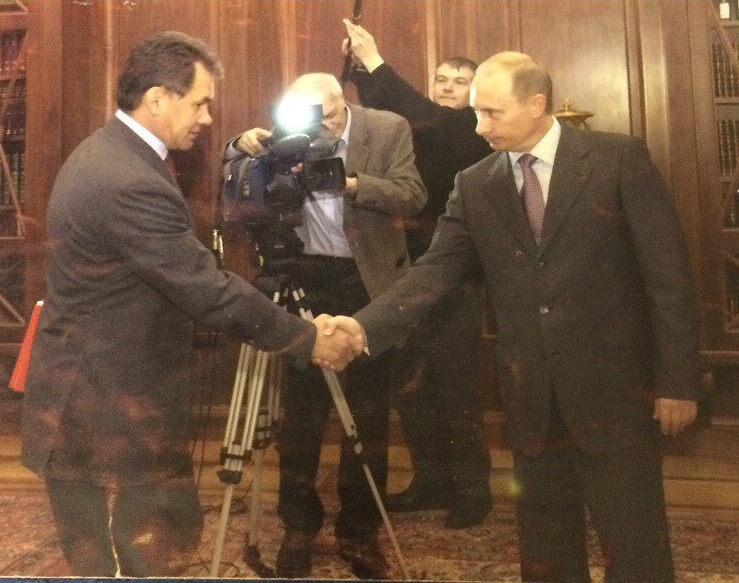 Once he filmed a speech by the Moscow State University rector, who was a respected, elderly man. Behind the dean there was a young lighting technician. Dad and technician usually referred to each other informally, such as “Oldster.” So my dad looked into camera and said: “Hey, Oldster, move one step to the right!” The poor dean obediently got up, took the stool and moved to the right. My dad was lost for words, started apologizing, and hurriedly explained that he was in fact referring to his young colleague. 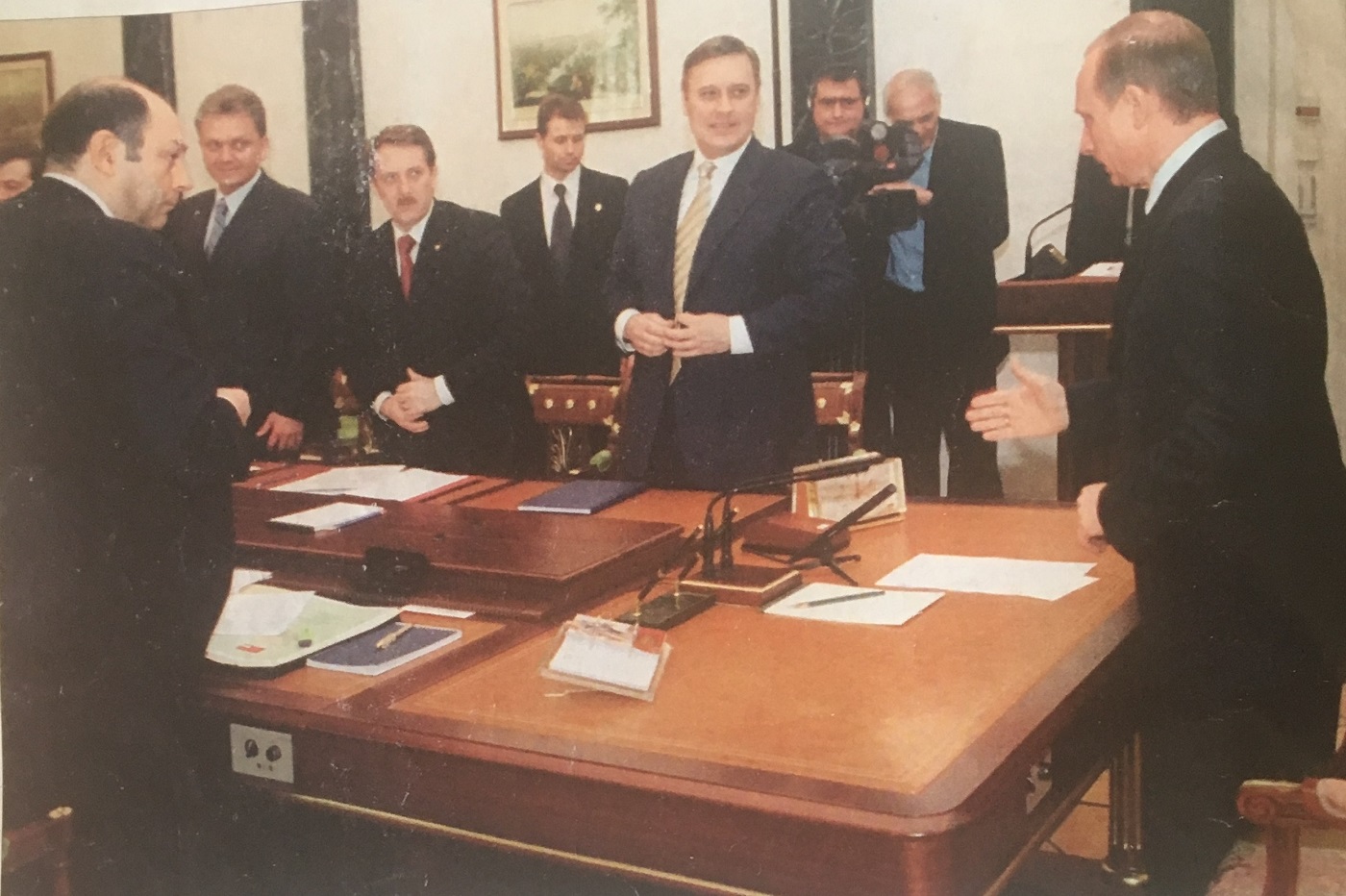 In honor of my dad

The last time I saw him was three months ago. We played chess and discussed the political situation in the Balkan region. He was irritable and said that the same old problems crop up all the time, be it 30 years ago or today. I could not have known it was going to be the last time I would see him. We all think that we are immortal. It’s true to some extent –footage, photos, and articles live forever. As well as grief and eternal memory. 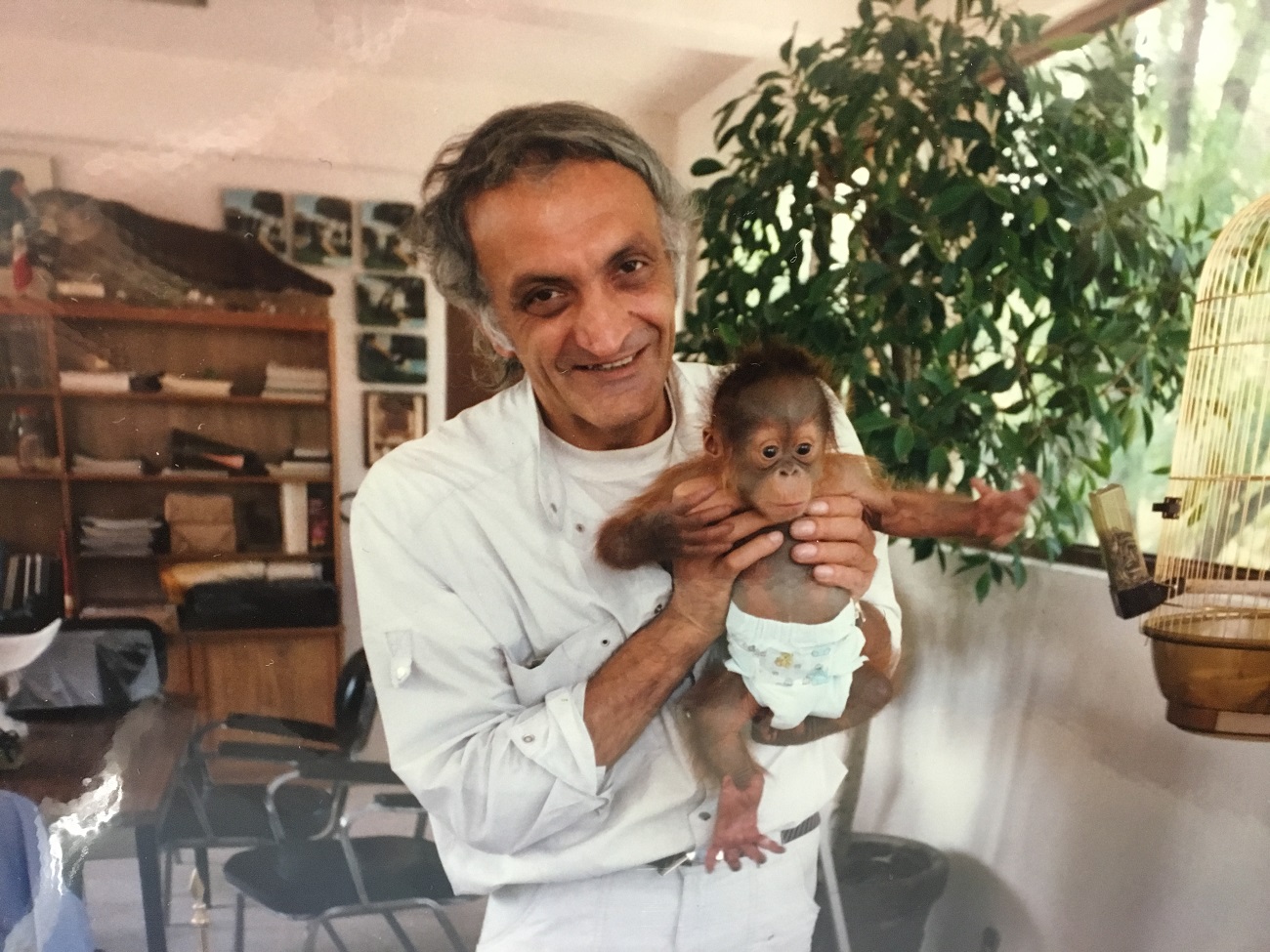