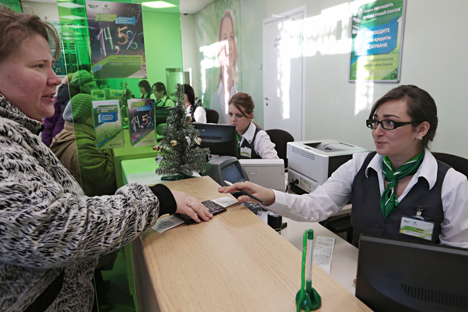 A client at a multi-purpose branch of the Sberbank of Russia, in St. Petersburg.

Igor Russak/RIA Novosti
Moscow is considering the establishment of special bank accounts that allow investment only into Shariah-approved assets. A draft law on Islamic banking has already been submitted to the State Duma.

The idea of Islamic banking as a financing mechanism was first raised in earnest at the federal level a year ago, after Western sanctions closed Russia’s access to the European and American capital markets.

Linar Yakupov, president of the Foundation for the Development of Islamic Business and Finance points out that for the general public in Russia, the very notion of “Islamic finance” is misunderstood and associated with political and religious ideas.

However, it is no more than a set of financial instruments little related to the religion itself. The heads of Islamic banks and other financial institutions are often not Muslims, just like a large number of their clients.

Without alcohol and gambling

A draft law was submitted to the State Duma in late January, under which banks would be allowed to set up accounts whose funds could be invested only in line with an investment declaration, thus adapting the Russian banking system to the requirements of religious financial institutions.

For example, in Islamic banking it is important that an individual or an organization be assured that their funds will not be invested into areas banned by Shariah law, such as alcohol companies, casinos and the sex industry. 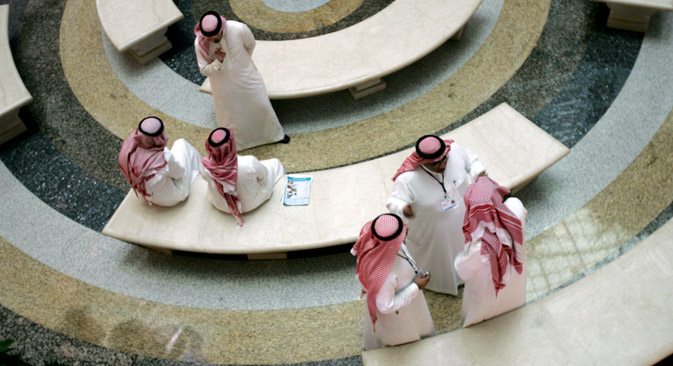 Why Arab funds are stepping up investments in Russia

Yakupov, believes that the most acceptable option for Russia is not to set up independent Islamic banks but rather dedicated “windows” in large banks that would provide Islamic financial services.

Such a move would help reduce potential competition between ordinary and Islamic financial institutions. This was the path chosen by some of the world’s leading banks such as HSBC and Citibank.

MP Dmitry Savelyev, who tabled the bill, says that “pilot” zones for introducing new banking instruments could be set up to test Islamic finance mechanisms. The likeliest candidate to house such a zone is the Republic of Tatarstan, which has both a ready client base and a developed financial infrastructure.