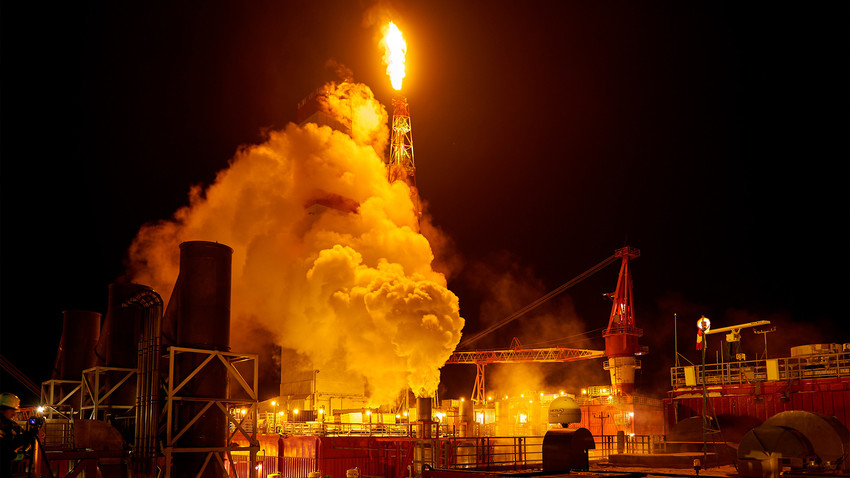 Alexei Danichev/RIA Novosti
The Russian energy giant nailed down top spot in one of the most important energy company rankings this year, overtaking American oil and gas corporation ExxonMobil that led the list for 12 years. How did this happen?

The U.S. corporation has taken a serious dive, falling back to ninth position, behind German E.ON SE, Indian Reliance Industries, Korea Electric Power Corp, and Chinese CNPC, among others. The top 10 companies’ combined profit reached $63.7 billion last year, which is 14 percent lower that the previous period.

How did Gazprom reach such lofty heights? Ivan Kapitonov, professor at the Higher School of Corporate Management at the Russian Presidential Academy of National Economy and Public Administration (RANEPA), thinks the main reason that ensured Gazprom’s rise was ExxonMobil’s slip, triggered by falling oil prices and the sanctions war with Russia. The price of crude oil in 2016 (a period considered by the ranking) was on average $46 per barrel, well below 2015’s average.

“There is nothing supernatural here. If ExxonMobil hadn’t suffered to such an extent, Gazprom wouldn’t be able to surpass it,” he told Russia Beyond.

According to Kapitonov, Gazprom is still confidently moving forward with its North Stream-2 gas pipeline project from Russia to the EU. It’s due to be completed by the end of 2019. “A whole area of potential investment opportunities is emerging here, even though some are not obvious at the moment,” the expert says.

Speaking of the ranking itself, which is based on the annual assessment of companies’ asset worth, revenues, profits, and return on investment, Kapitonov says Gazprom’s position shouldn’t be taken for granted. “Falling back or climbing up by 100 positions is possible in this ranking, so gaining first place should be treated as motivation (for Gazprom) to keep going forward,” he told Russia Beyond.