Are Russians happy at work? - poll 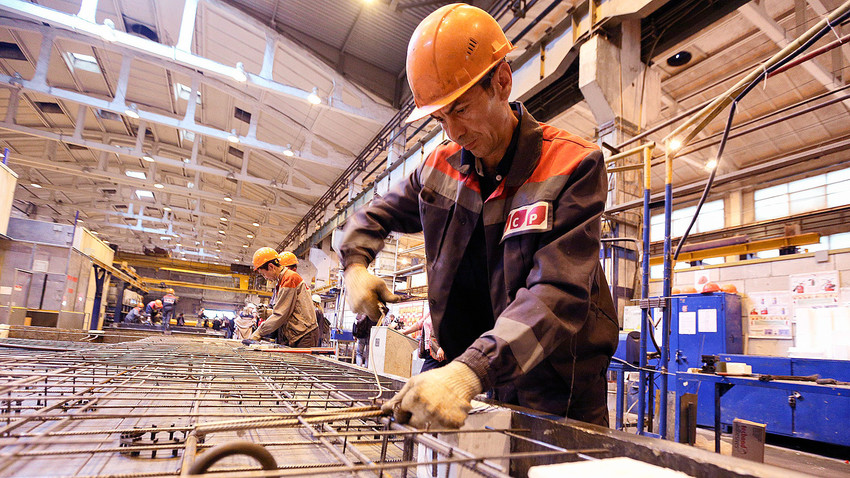 Kirill Zykov / Moskva Agency
The answer may surprise you...

Russians are generally satisfied with their work - 77 percent in fact - according to a study by the Romir Research Center in Moscow. According to the findings, residents from the central part of the country are more satisfied than those living in the northwest and the south.

Most respondents also said their jobs meet their expectations (80 percent) and that their pay is more or less decent (61 percent). Only a third said they had changed jobs in the past few years. When job hunting, people said they mainly relied on recommendations from their family and friends, and social media. Interestingly, eight out of ten Russians said they are only willing to pursue a job abroad if the pay drops in Russia.

The survey comes just after Boston Consulting Group (BCG) released research on the Russian labor market last week. The company argued that over the last 25 years the country has failed to shake off its Soviet legacy - and that 80 percent of Russians don’t have the skills to compete on the international labor market.

The BCG surveyed more than 3.5 million employees working in 22 industries and found out that only 17 percent of the population is employed in highly qualified positions. This is 1.5 times lower than in Japan and the U.S., 1.7 times lower than Germany, and 2.6 times lower than the UK.

According to the findings, the majority of Russians (35 percent) are involved in low-skilled labor, often working as drivers (7.1 percent), vendors (6.8 percent), and security guards (1.9 percent). While more than 30 percent work in a state sector (including state corporations and their sister-companies), only 15 percent of the population have their own small business.