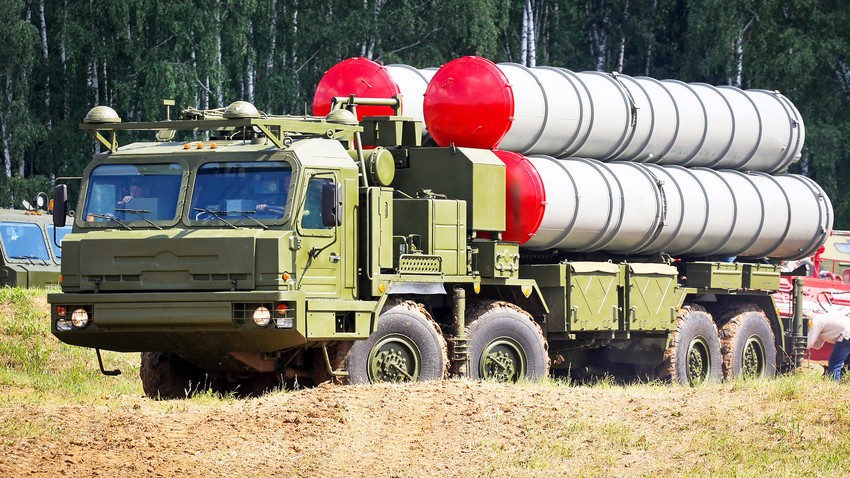 Vitaly V. Kuzmin
Moscow to supply India with its latest air defense system despite the threat of U.S. sanctions.

The contract was signeddespite Washington’s threats of potential sanctions against India.The delivery dates are unknown at the moment as Russia has to build a batch of air defense systems for both Turkey and China before sending them to India.

Russia’s S-400 “Triumph” is considered among the best, if not the best, air defense system in the world. It can shoot down any modern and perspective aerial targets - starting with unguided bombs to hi-tech 5th generation fighter jets, as well as cruise missiles and even intercontinental ballistic missiles carrying nuclear warheads.

Each “Triumph’ battery includes four launching installations with four missiles each, so every station has 16 missiles capable of shooting down 5th-generation fighters and cruise missiles at a distance of 200 km. And this is not taking into account the reserve combat sets also included in the contract. Transport-charging machines, radar stations, a command post, and a whole series of support vehicles are also included in the deal.

So what does the future hold?

Alongside the S-400 contract, Russia and India are considering signing a deal on delivering the first batch of their mutually produced BrahMos missiles to an unnamed Asian country.

The export version of the missile can hit naval and ground targets up to 300 km away and fly at 2.8 times the speed of sound. Russia and India are also thinking about working together to create a hypersonic version of this weapon.