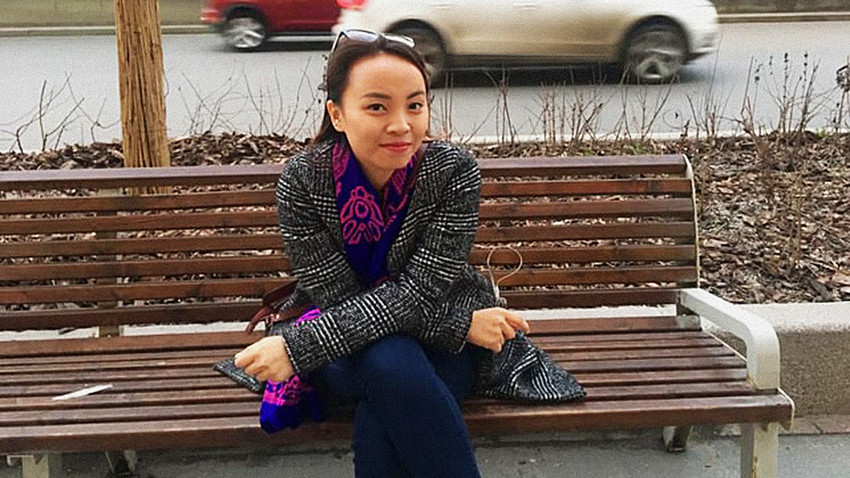 Personal Archive
Jinny Lien Ngo, a 29-year-old from Hanoi, has lived half of her life abroad and last year found her way to Russia. She could have settled for the pleasant life of a diplomat’s daughter, but instead decided to start her own small cafe.

It all started with my parents who studied at Moscow State University when they were young. My dad studied Law and my mum studied Linguistics. I grew up hearing my parents’ stories about Russia, how big and beautiful it is, and how nice the people are. Even a part of my name (Jinny Lien Ngo) means “Russia”: Lien is part of Lien Xo which means “Old Soviet” in Vietnamese.

In 2018 my dad became the Ambassador of Vietnam to Russia, so I went with him. I studied Economics at University College London (UCL), graduated in 2011 and started work, first for an investment firm in London and then I moved to West Africa to start my own business exporting timber and cashew nut to Vietnam. So I’ve been doing business for a while. When I came to Russia, Vietnamese food was growing in popularity, but the restaurants were quite similar, offering roughly the same dishes. We wanted to do something authentic and home-made, so we started a small café “Em Oi”. We have pho bo (beef noodle soup), tom yum, and mango shake, but there’s also rice noodle with sautéed beef, grilled pork and rice dishes with grilled duck, or sweet and sour shrimp. 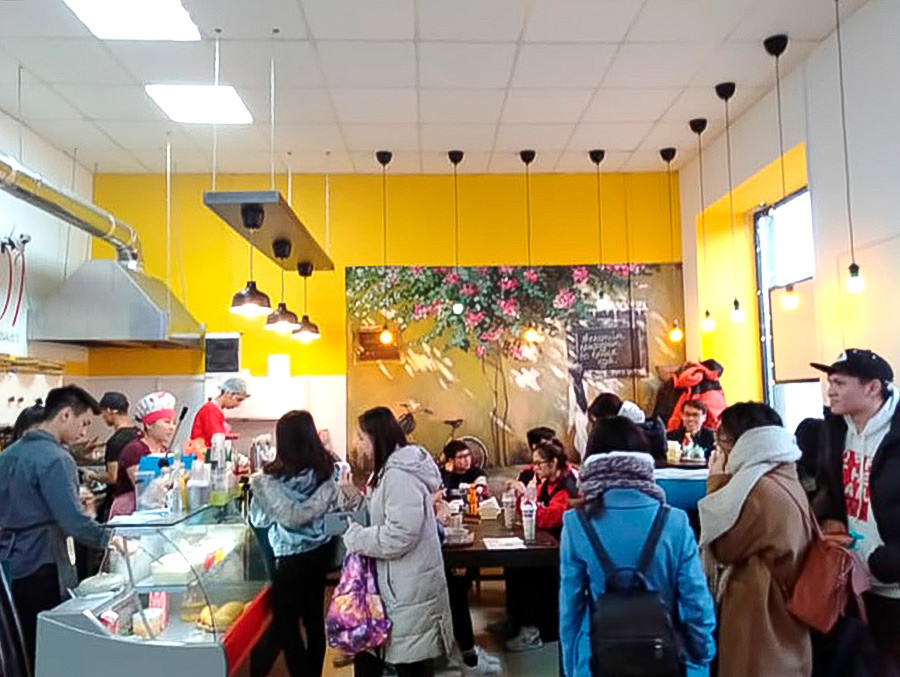 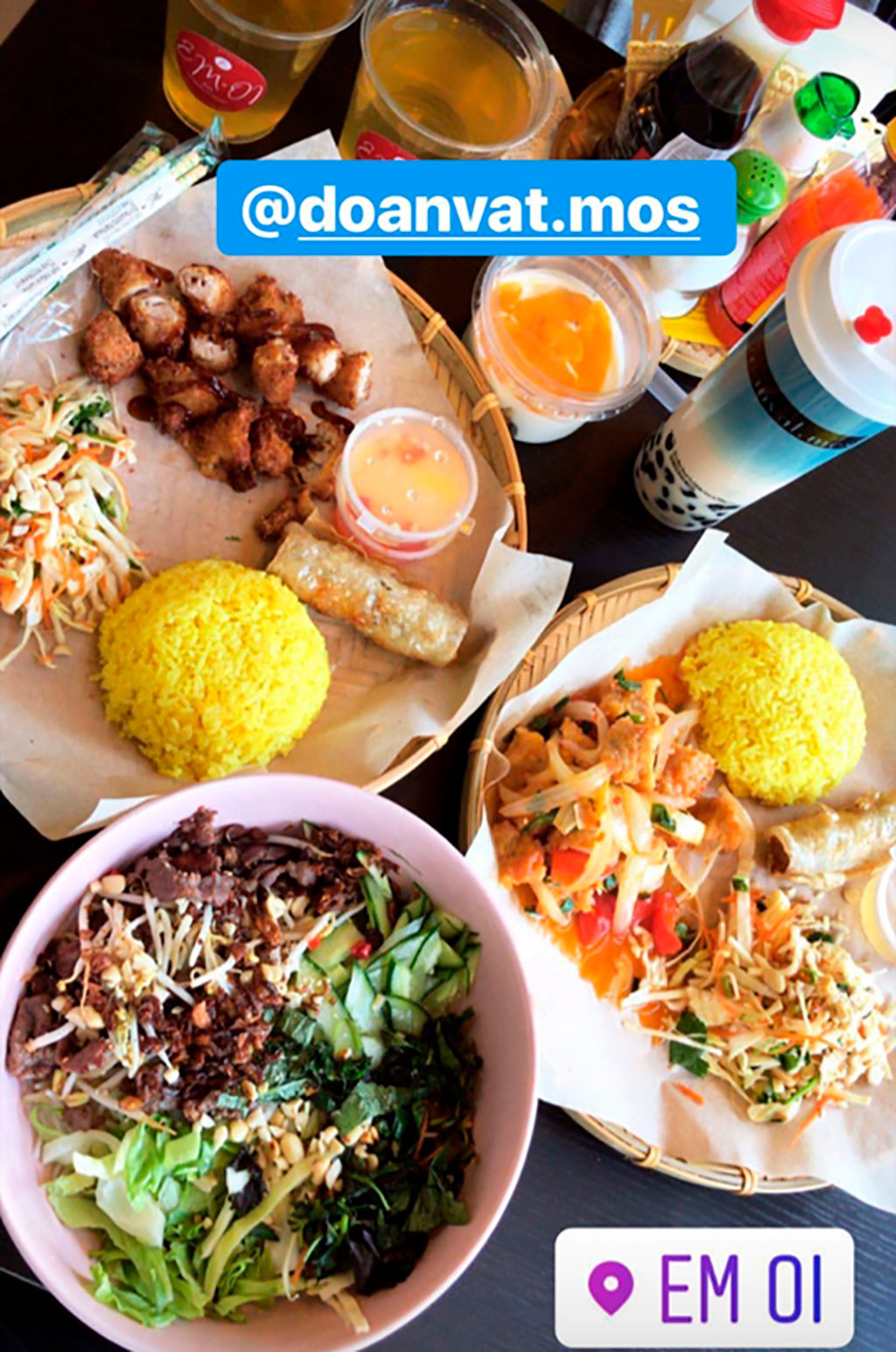 I pursued this without telling my parents and we opened in January this year and didn’t encounter any bureaucratic problems. The biggest struggle we had was in retaining customers. During the first two weeks we had a lot of Russians coming over, but because our food was at first not good, they would come and then never return. Only two months ago, when we met our current chef, did things really start to pick up. Now people tell their friends about us and we have 60 to 70 on normal days. The majority of them are foreign students from Asia. 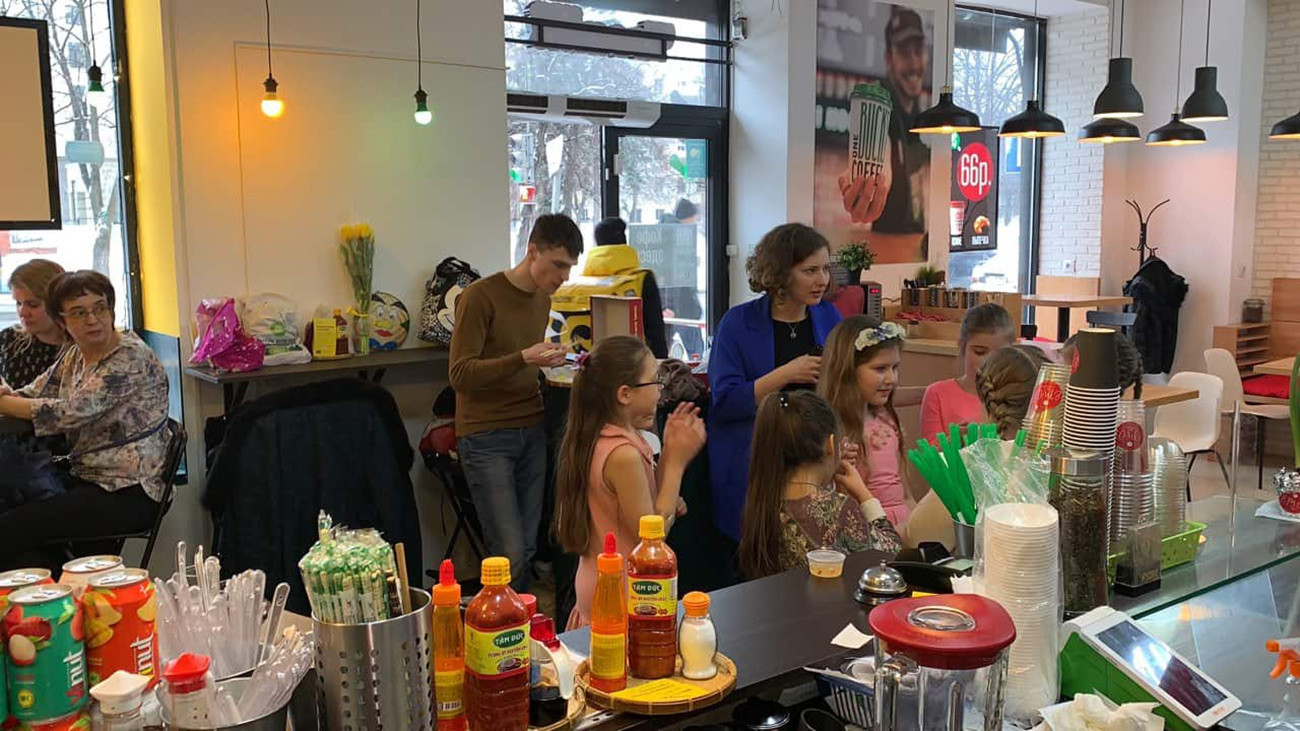 Our team is young but strong and I’m incredibly lucky to know them, because it’s not something one can do alone. The core team is six people and I’m the oldest. The chef is 27 but the rest of the team are in their early 20s. We all work hard, sometimes 13 hours a day, and are very dedicated. I think people can feel it when they come.

The majority of the team speaks Russian, but I don’t. Not knowing the language doesn’t create big problems for me, but sometimes I do want to communicate with Russian customers and it’s hard because many don’t know English. I know one phrase in Russian “ochen vkusny” (very tasty), so when I hear it I know they liked our food. 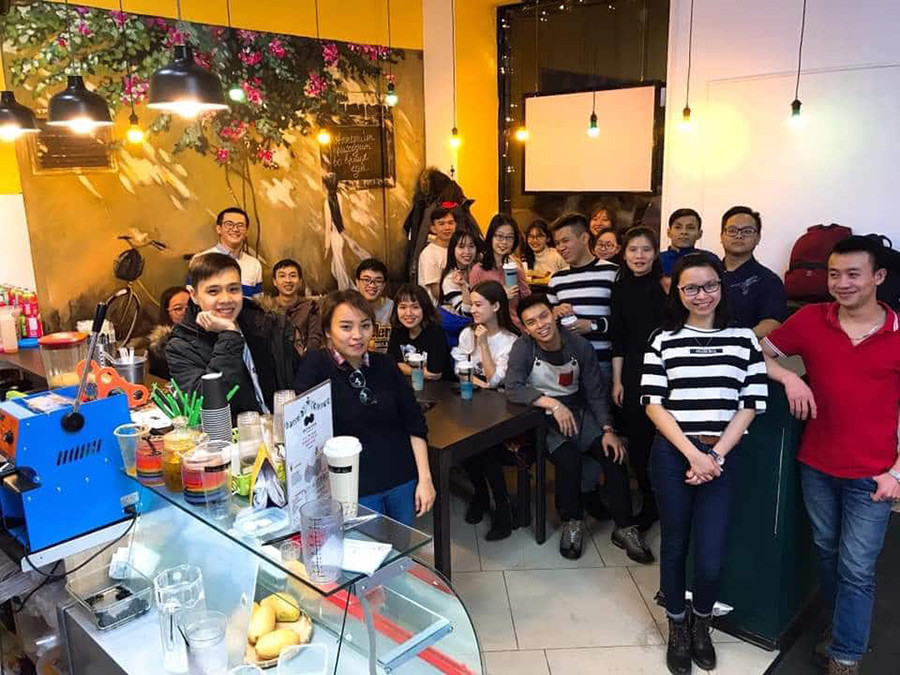 Pho bo is very popular here and one of the strangest things is that we have a lot of regular Russian customers who have been coming from the very beginning just for pho bo. There are three groups of people who come every single day for pho bo, except weekends, when they don’t work. One day we ran out of pho bo and they came and left without trying anything else. We also have one very dedicated customer who comes every day, so when we don’t see him we know he’s traveling. But when he is here he’s eating pho bo. It’s kind of funny but at the same time it’s very comforting to know that even on our worst days these people will support us. 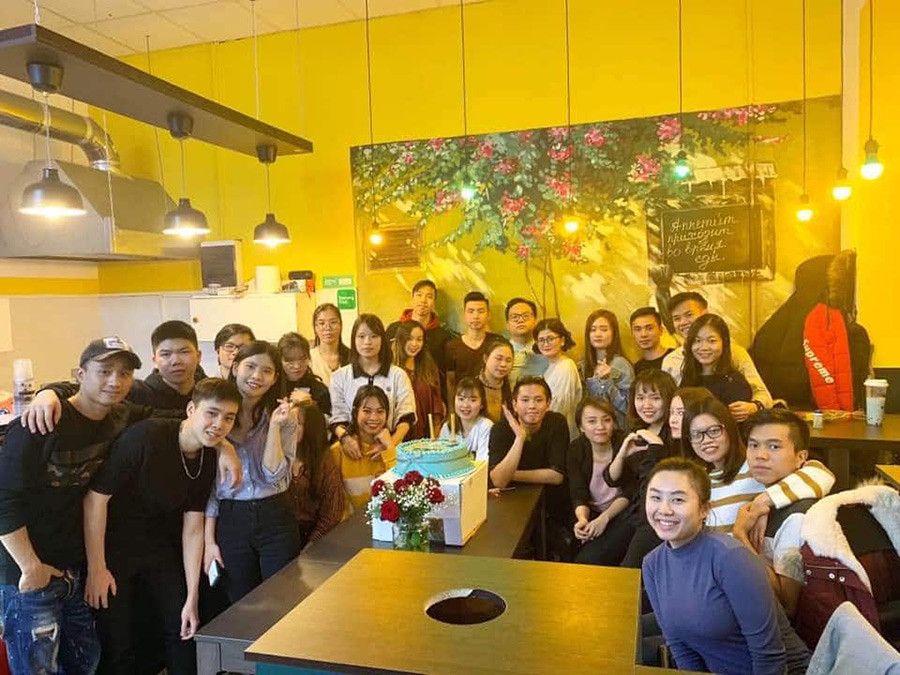 We’ve been lucky to find reliable Russian suppliers and generally we have a pretty good relationship with them. At first it was annoying that sometimes partners would take forever to reply to emails, so gradually we started calling them to follow up. Besides, in Asia we got used to instant deliveries within a day, and here it might take a few days, even if you order something within the same city.

Before setting up a business in Russia, there are three things to think about. First of all, you need someone who has been here for a long time, who understands the legal and cultural aspects of starting a business here. When the legal part is done right, you can focus on everything else. Secondly, you shouldn’t underestimate the market – make sure that your product is of good quality, the price is reasonable, and you know your target audience. You can’t just think that the cafe will open and people will come. Thirdly, be patient. You have to be patient with anything that you build, especially in Russia where the economy is not doing so well right now. 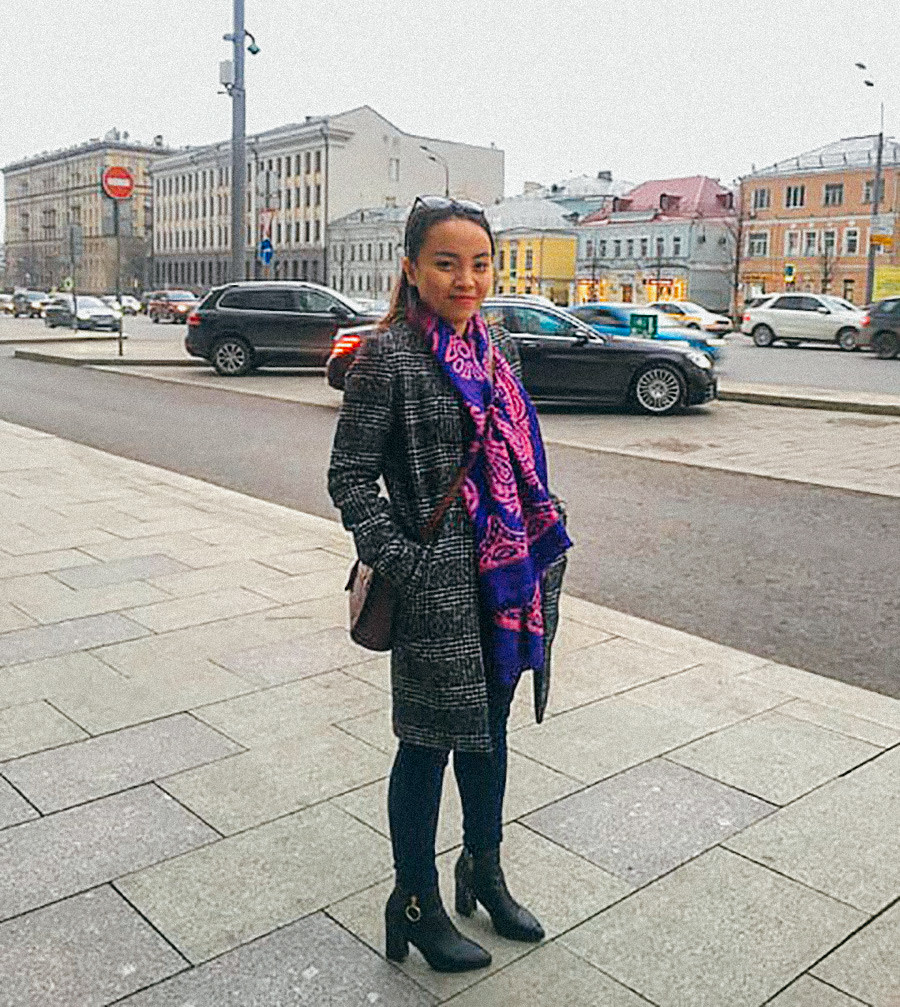 We have learned some difficult lessons along the way, but, if I had a chance to go back in time, I’d do it all over again because I’ve met so many incredible people on this journey. The market is open to new ideas, and we have some of them, so I am hopeful for the future.

This story is a part of Russia Beyond’s new series of articles about foreign professionals working and doing business in Russia. Do know anyone who might have something to say, or want to share your personal experience? Please contact us here: info@rbth.com.

small business How to