How much is a cup of coffee in Moscow? We compared prices with other major cities (Infographic)

Business
Russia Beyond
Natalya Nosova
What can be more universal than a simple cup of cappuccino? Yet its price varies around the world. :(

Like in any other busy city, Muscovites love to kick start their day with a cappuccino, latte or just a regular cup of coffee. And new research by NPD Group shows Russian coffee consumption is growing.

According to the study, Russians now drink more coffee than in Italy and France. During the period of April 2018-March 2019, coffee featured on 30 percent of Russian bills, while in Italy and France - 28 percent and 23 percent, respectively. 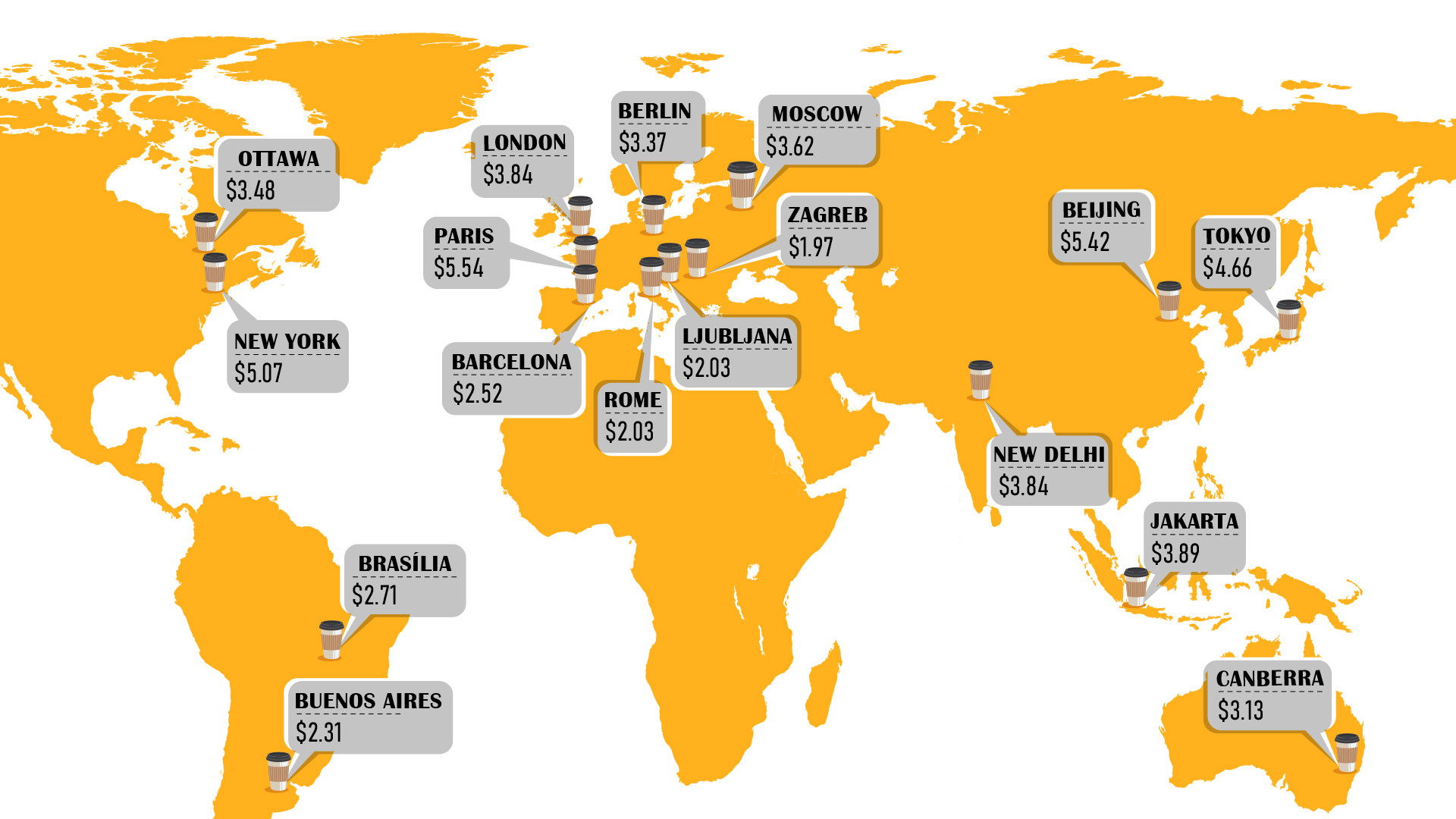