Meet the Russian lady who opened a luxury cake store for DOGS in the U.S. 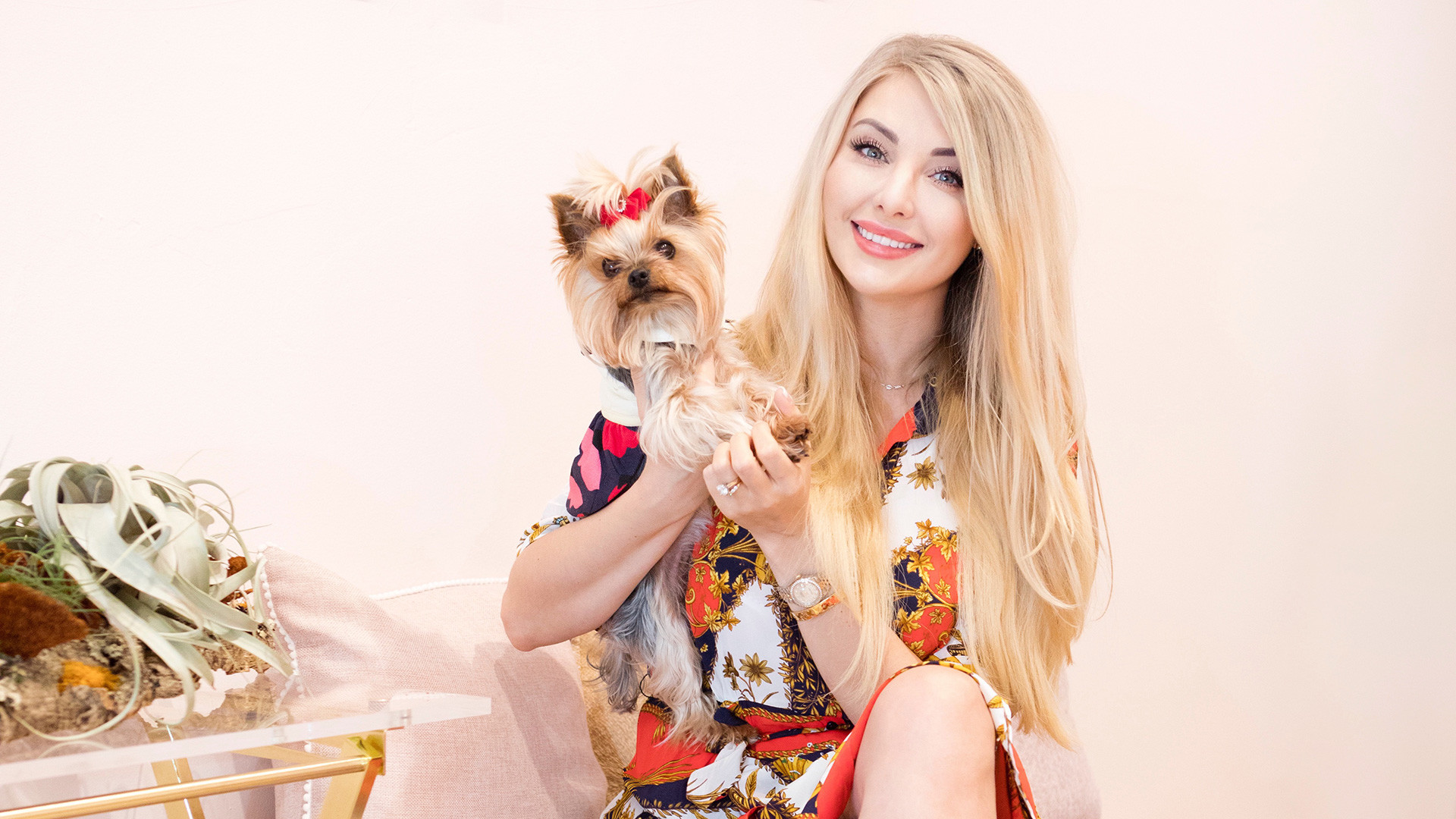 Olia and her pet.

When you look at these cakes covered with a delicious, mirror-like glaze, it’s hard to believe that they’re not made for humans, but for dogs - and made from just meat and vegetables! The place that sells them, ‘Mishka’ café in San Francisco, was opened by Muscovite Olia Rosenblatt, who moved to the U.S. because of the Russian food embargo.

Business based on love 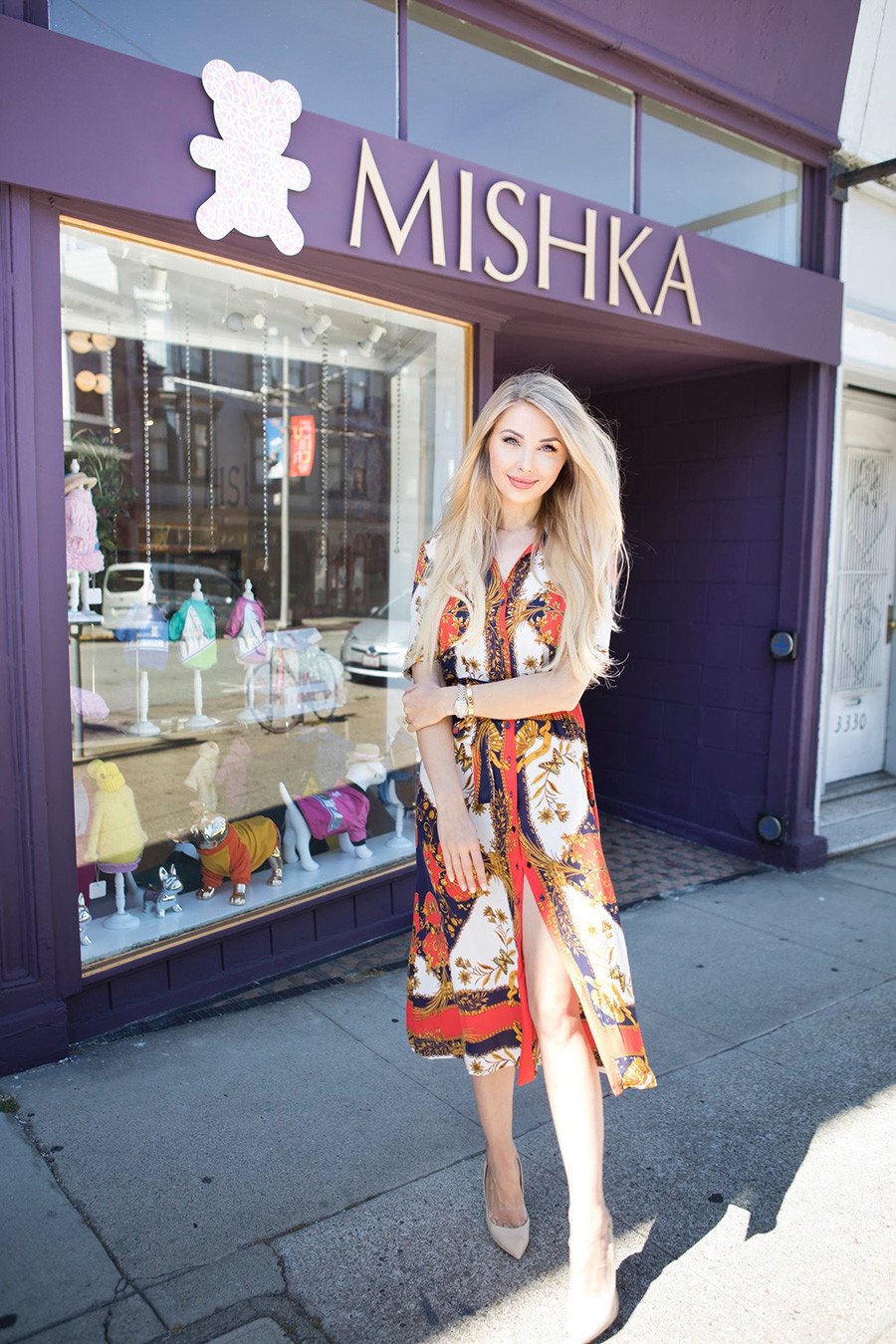 “For all my life, I’ve been working on my own,” Olia says. “After university (I studied law and PR), I established a small logistics company and managed it for seven years.” Olga's company imported fruits and vegetables from Europe, but after the country’s food embargo in 2014 the business went into decline.

“Then I thought – I have savings, and I can finally go on vacations and start traveling,” says Olia. “I visited 31 countries, and then decided to improve my zero English (I only learned German in school) in New York in 2017.”

In the U.S., she didn’t limit herself to only the Big Apple, and visited other cities, too. In a lobby of a Californian hotel, she met her future husband, Mr. Rosenblatt from Nebraska (“American Siberia”, according to her). “He reminded me of such a large silent bear, and it was after I told him when he finally approached,” Olia recalls. “He asked me what bear was in Russian, and I responded: ‘Mishka.’ Time after time, that became our word. And when we opened our confectionery in 2018, we didn’t think long about its name.” 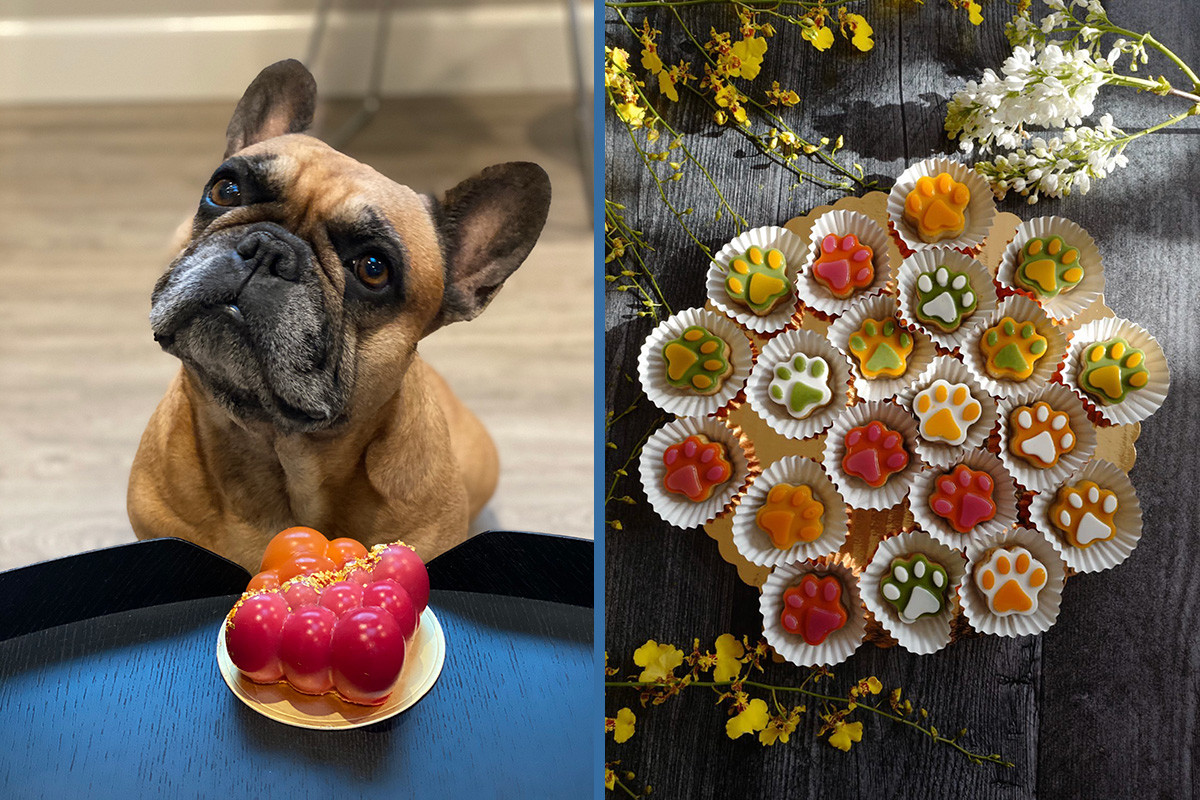 At the Mishka confectionary, cakes cost from $12 to $65 – twice more than in other dog cafés in California. But guests are not shocked with such prices. Olia says they use only organic meat and no preservatives in their desserts, and that’s why they are expensive. The yummies are based on pate made of beef, turkey, chicken and lamb, covered with a glaze of vegetable juice. She came up with the recipes herself. “For seven months, I worked on the glaze in my kitchen every day,” says Olia. – Red glaze is made from a beetroot, green – from spinach, white – from coconut milk. When you mix different vegetable juices, you get a new color. And time is the important thing here! Just extra 10 seconds of boiling and you’ll get the color of borsch instead of scarlet.” 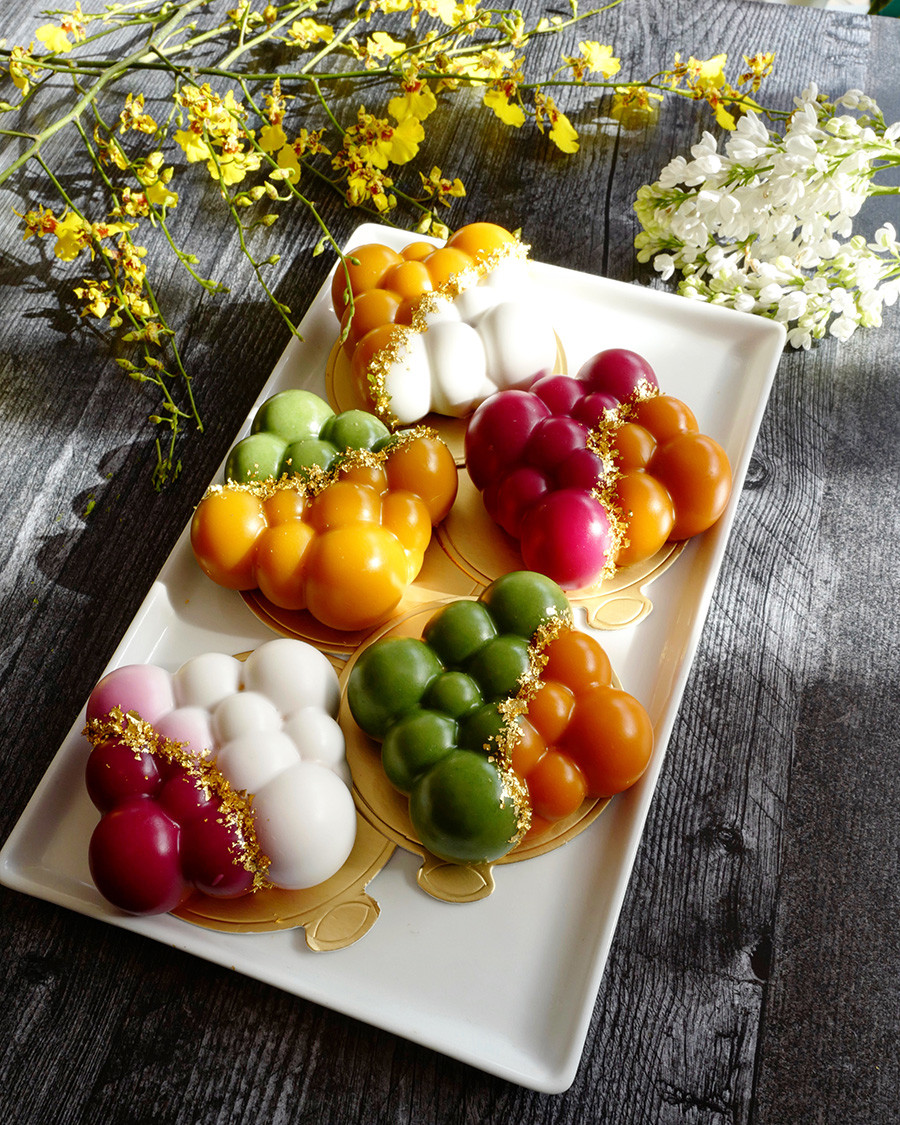 She believes dogs enjoy food and distinguish tastes like people do, and people should take care what they eat. Her 13-year-old Yorkshire terrier (a senior by canine standards!) still looks quite young and active. “It’s because I feed it only homemade food. I don't encourage anyone to buy our cakes, but I encourage everyone to take care of pets the way we take care of ourselves.” 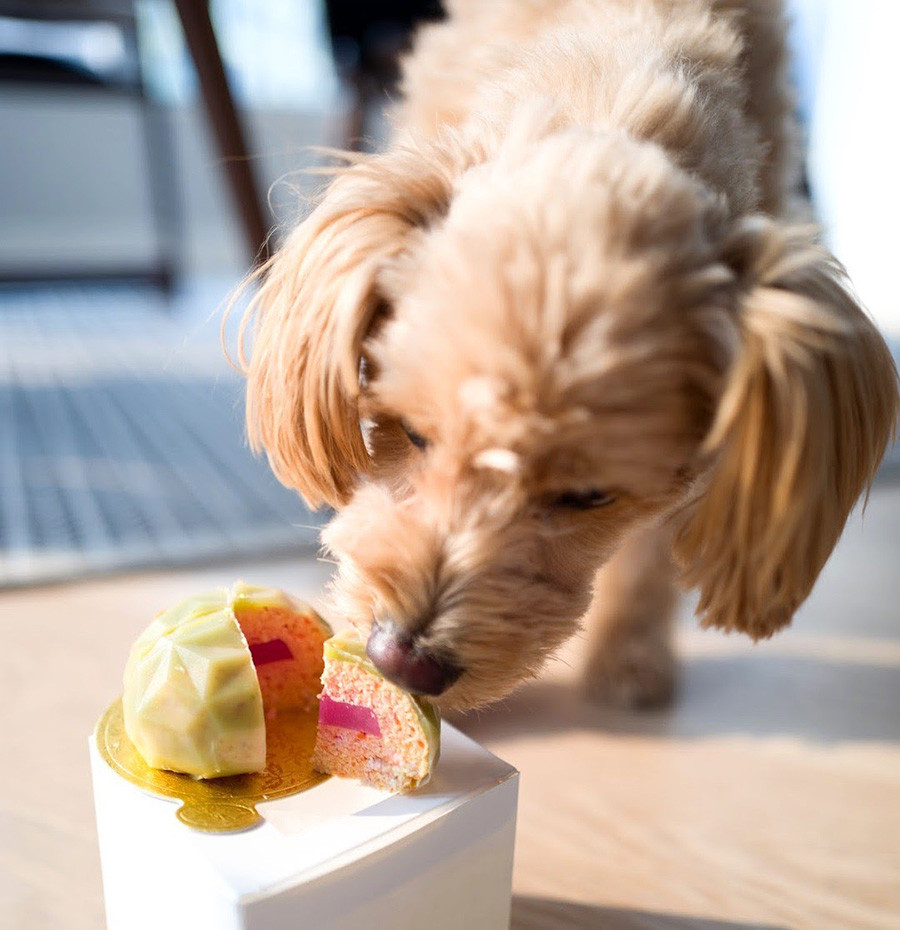 Olia classifies her café a luxury dog boutique: in addition to desserts and dog food, there is also a corner with clothing and accessories, as well as a lounge for events. All pet clothes are made in Russia: Olga supports small businesses in her homeland and says “we have art craft in the blood”. Prices for costumes are really like in boutiques for humans. “In certain models, we use Italian tweed, which costs $200 a meter, plus production, and delivery... One jacket can cost more than $100, which is rather expensive for a dog’s outfit. But it’s a handmade job!”

On Saturdays, the café organizes dog owner meetings, mostly for people between 25-45. “This is a new business for San Francisco and I would like to open more such places, maybe, in NYC or Los Angeles. I am in search of like-minded people,” Olia admits. 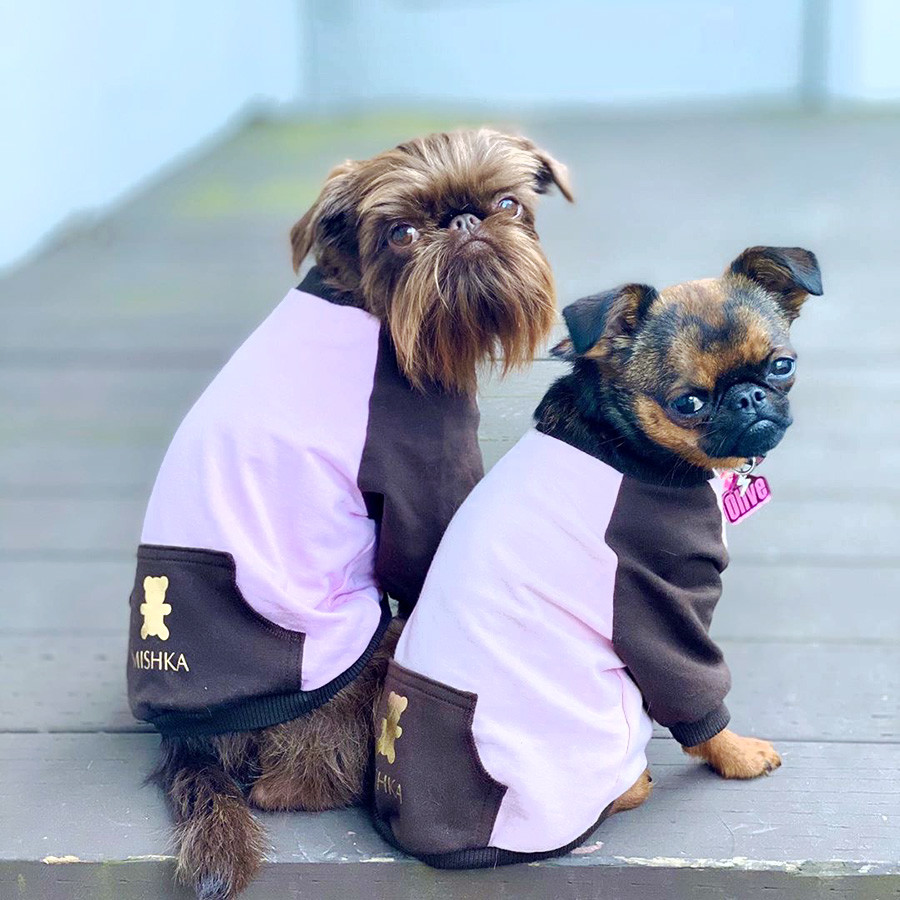 Now her team includes her mother (a professional chef), one close Russian friend, an office manager and an extra chef who helps out with the cooking. “We have Russian-style service: even if guests come with CATS, we’ll treat them with cakes so that no one is offended.”

“Everybody is emigres here” 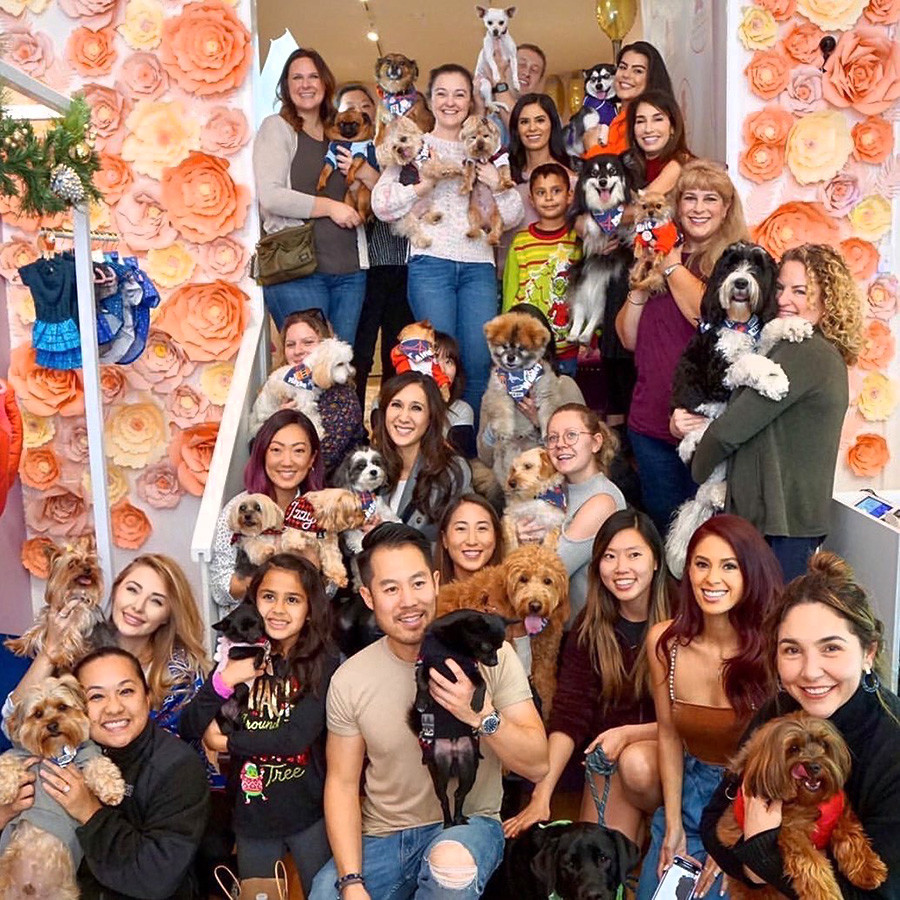 Olia says she always liked to cook, to take care of dogs, and never liked to idle. “When I started, I had no Green Card, didn’t know English well (after all, business terminology is not easy) and had to gather lots of documents to establish a business. To get a food license, I had to pass seven laboratory tests! But everything was done in just two months.”

“I know that I look Russian, but I have never faced discrimination here,” she says, adding that people around the world are ready to help others. “In addition, the U.S. is a country of migrants; everyone here has relatives from somewhere, and many have Russian neighbors.”

She adds that people understand she is a newcomer when they hear her accent. “But I think they respect that I’m doing something here, that I’m not living on welfare, but trying to work.  And this gives me even more strength.”