Why are Russia and China ditching the U.S. dollar? 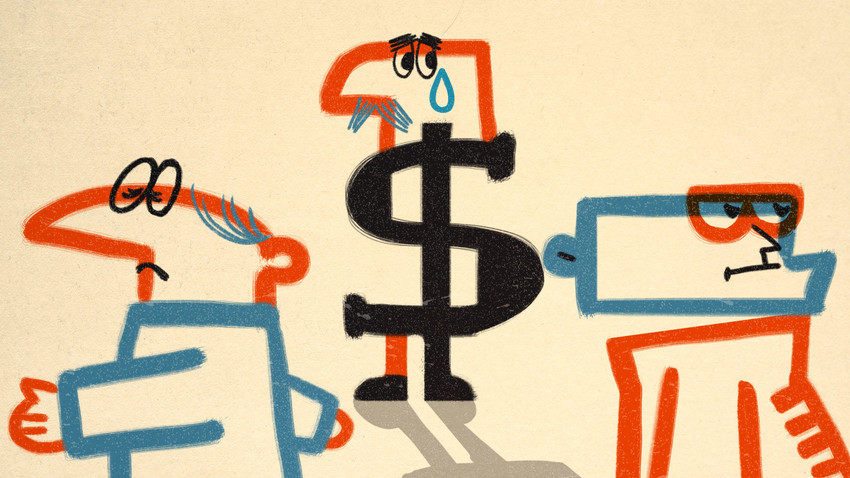 Irina Baranova
The Russian government has been very consistent in implementing its new strategy of moving away from the U.S. dollar. We look at the decision and discuss the pros and cons of such an undertaking.

When did Russia begin to abandon the greenback?

The share of trade operations between Russia and China using the U.S. dollar fell to 46 percent in the first quarter of 2020, while holding at 90 only five years ago. The de-dollarization initiative in Russia began in 2014, during sanctions amid a diplomatic breakdown over Crimea.

One of the measures adopted by the United States was to repeatedly ban Russia’s use of the dollar. Given that the American currency is the most used in international trade - with even payments in local currencies often converted to their U.S. equivalent, being a slave to the dollar would precipitate a breakdown in nearly all Russian trade. 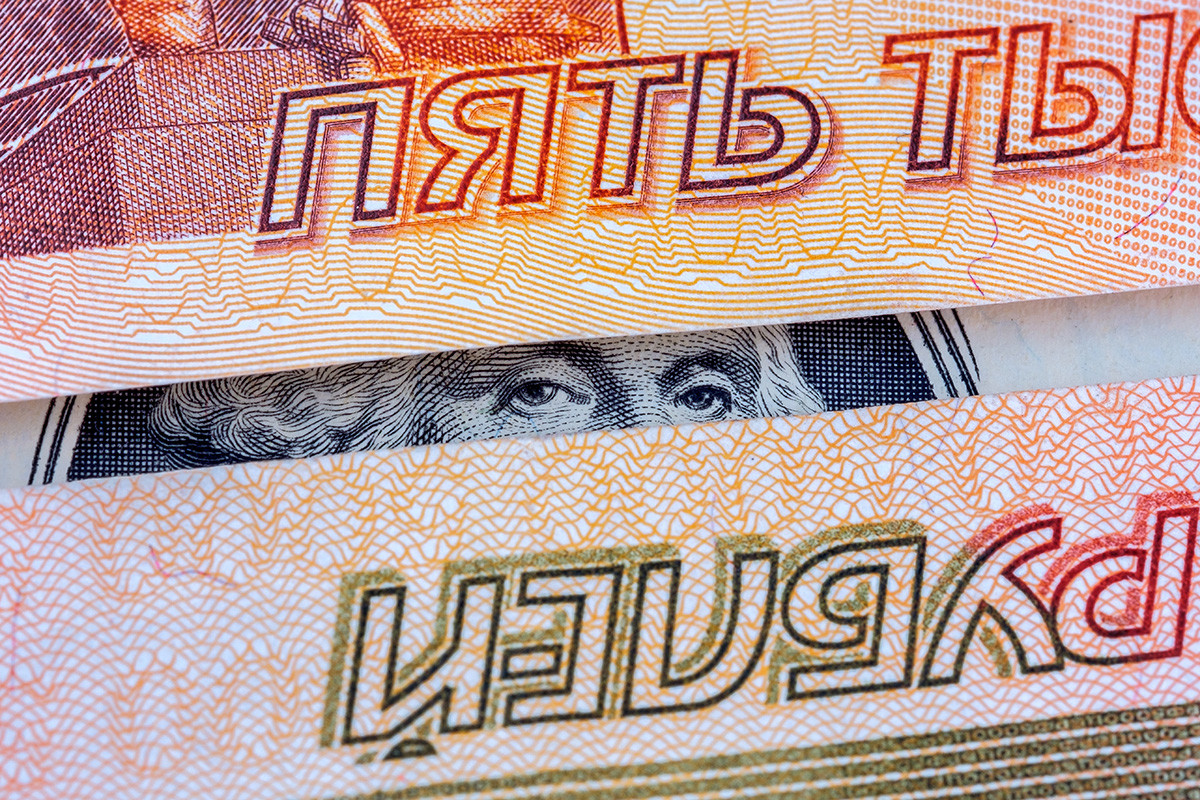 Other countries have also joined in the initiative, among them notably China, Turkey, Iran, India and Brazil.

“In spite of [the move to dedollarization], the supremacy of the U.S. dollar in the majority of transactions globally is obvious, which is to say that the dedollarization process might take some time,” says, Ekaterina Novikova, associate professor of economic theory at Plekhanov University.

What are the economic reasons behind the move?

Russia doesn’t trade much with the U.S., for the most part selling its goods to China and the European Union. 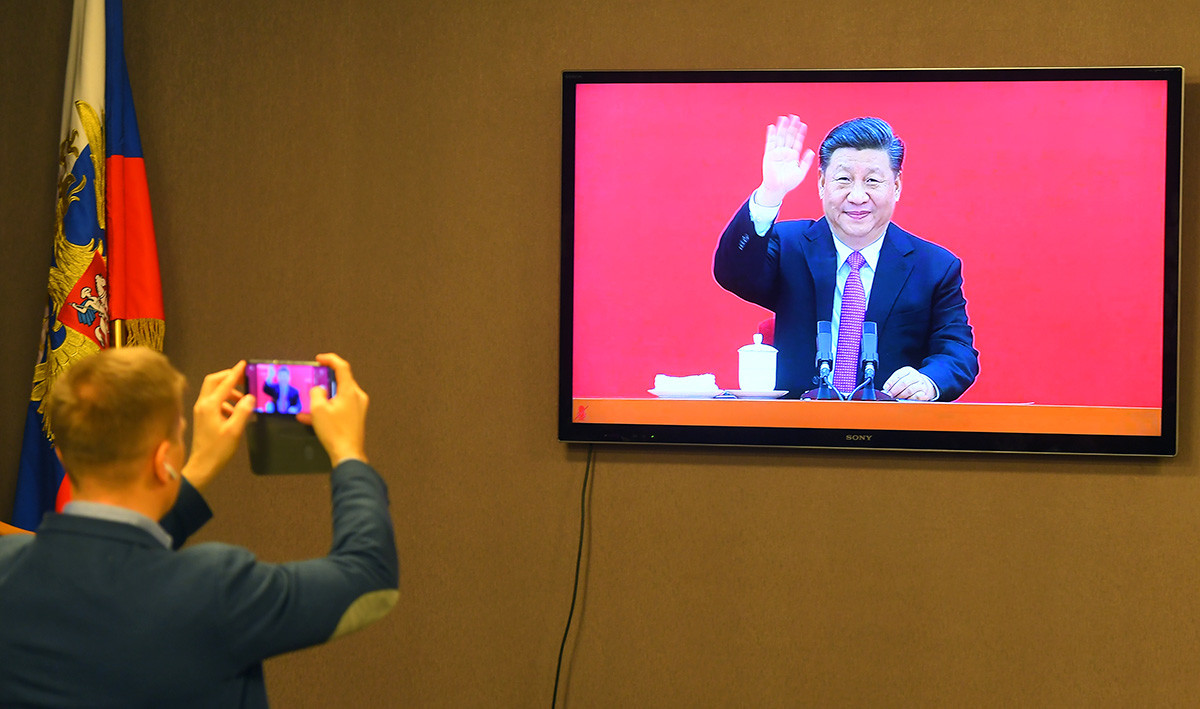 “To a certain extent, the dedollarization of the Russian economy is an inevitable process, considering a particularly mild exchange of goods between the two countries, compared to China and the EU, as well as ongoing geopolitical processes,” says Aleksandr Abramov, a financial analyst at The Russian Presidential Academy of National Economy and Public Administration (RANEPA).

However, the volatility (i.e. instability) of the ruble also makes it weaker than the euro and the yuan, which leads to a lower number of ruble transactions with Russia’s key economic partners. For example, the ruble accounts for only seven percent of all trade with China.

Can you use rubles to buy Russian oil?

Using strictly rubles for calculations is impossible today, owing to the ruble’s high volatility, while using derivatives requires making changes to Russian law. It’s, therefore, impossible to sign long term contracts. For instance, the agreement for the delivery of Russian gas to China using the ‘Sila Sibiri’ pipeline is to last for a period of 30 years. 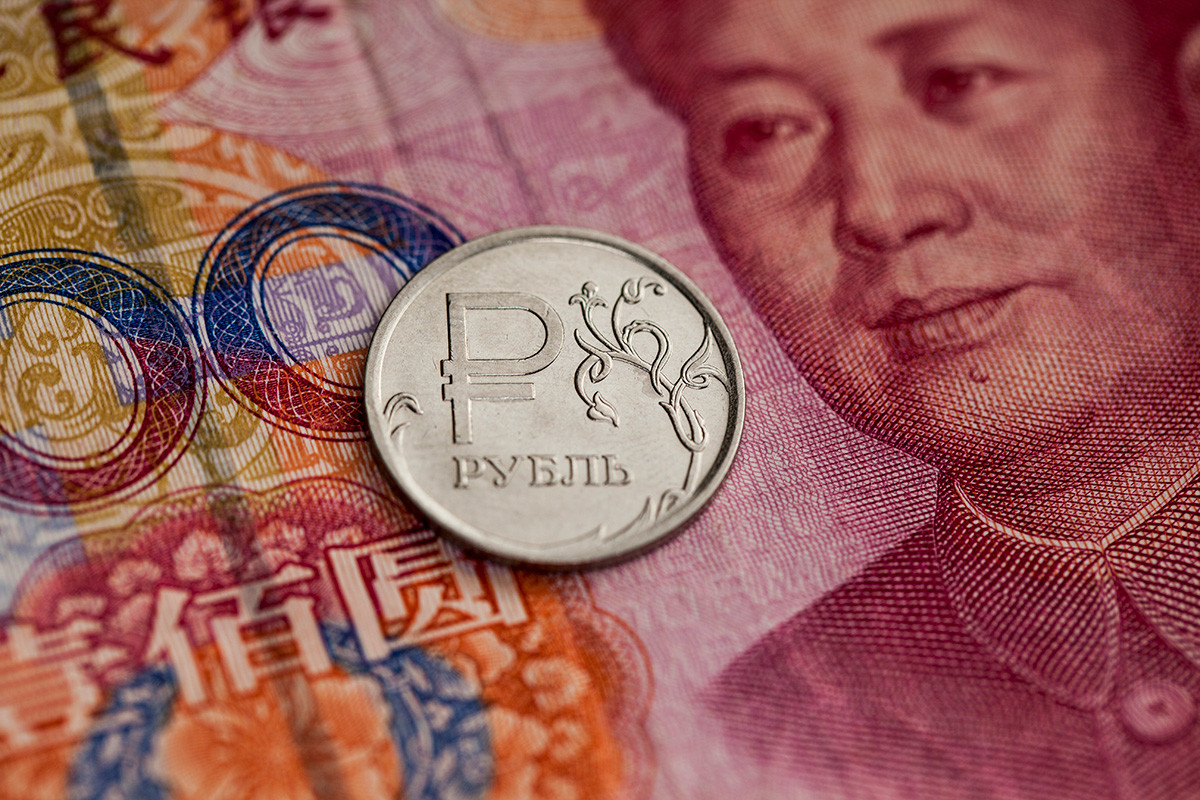 In view of the international division of labor, all calculations must be tied to some equivalent. The question is - if not the dollar, then what? The euro is the first currency that comes to mind when talking about international transactions. It’s already being used by Russia’s largest oil producer, state-owned ‘Rosneft’.

How viable is it to drop the dollar?

There’s little chance of anyone successfully dethroning the dollar in the near future, but this isn’t stopping countries from swapping it for their own currencies, even in international deals.

In 2019, Russia and China signed a treaty to use national currencies in mutual trading. This added to the gradual reduction in the dollar’s traffic - from 90 percent in 2015 to only 46 percent so far in 2020.

“International banking reserve structures are more than 60 percent dollar-based. The dollar still holds the top position in international trade,” says Dmitry Bykov, head analyst at ‘Russ Invest’. More than 60 percent of Russian exports, and a third of the imports, use the dollar. Oil and gas contracts are also done using the currency. And a fifth of all bank deposits carried out in Russia are done using the dollar as well, although that trend has been declining since the start of 2020. 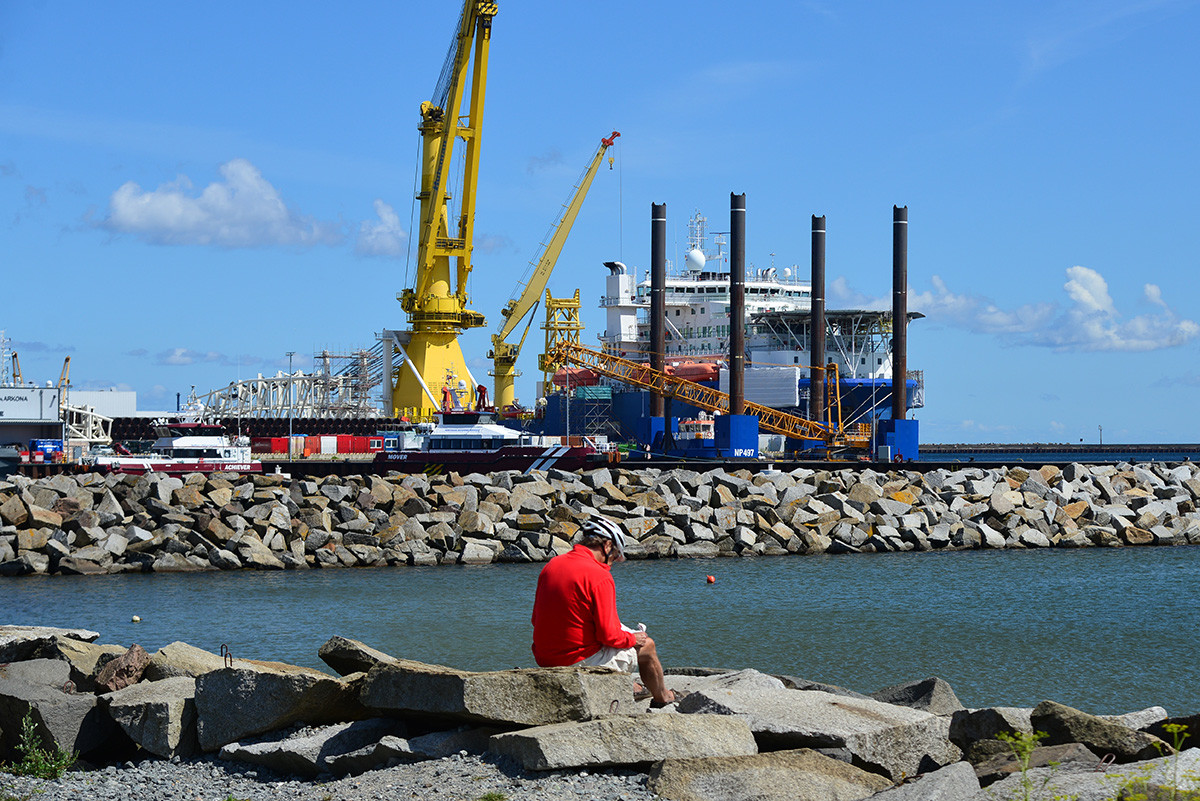 Nevertheless, the Russian Central Bank has been consistently reducing the U.S. dollar share in its reserves. In April 2018, following the new round of stringent U.S. sanctions, Russia expedited the withdrawal of its reserves out of U.S. government bonds. Russian investments into them fell by half - from $96.1 billion to $48.7 billion in May, and then once more, to $14.9 billion. For comparison, in February 2013, during a peak period (and before the reunification with Crimea), Russian investments in U.S. bonds totaled $164.3 billion.

Why does Russia prefer the dollar even when trading with Europe?

Using the U.S. dollar in trade with Europe is a remnant of a past, when the euro simply did not exist. A number of national European currencies (aside from Germany’s) were neither highly reliable nor possessed the necessary levels of liquidity. Using the dollar used to make basic sense.

However, the situation has since changed. The Russian government declared in October 2018 that it was actively working to reduce economic dependence on the dollar, sometimes by stimulating transactions in national currencies. Russia and the EU both intend to move away from the dollar, due to trade disagreements with the U.S., the Ministry of Finance then claimed. A working group will be formed to assess the switch to national currencies in the near future.

Moreover, discussion regarding U.S. sanctions against the Nord Stream 2 pipeline project between Russia and Germany seems to only add to the need for such an initiative. For the first time in recent history, U.S. sanctions could be leveled at a Western partner - Germany.

How to defend against constant fluctuations of the ruble? 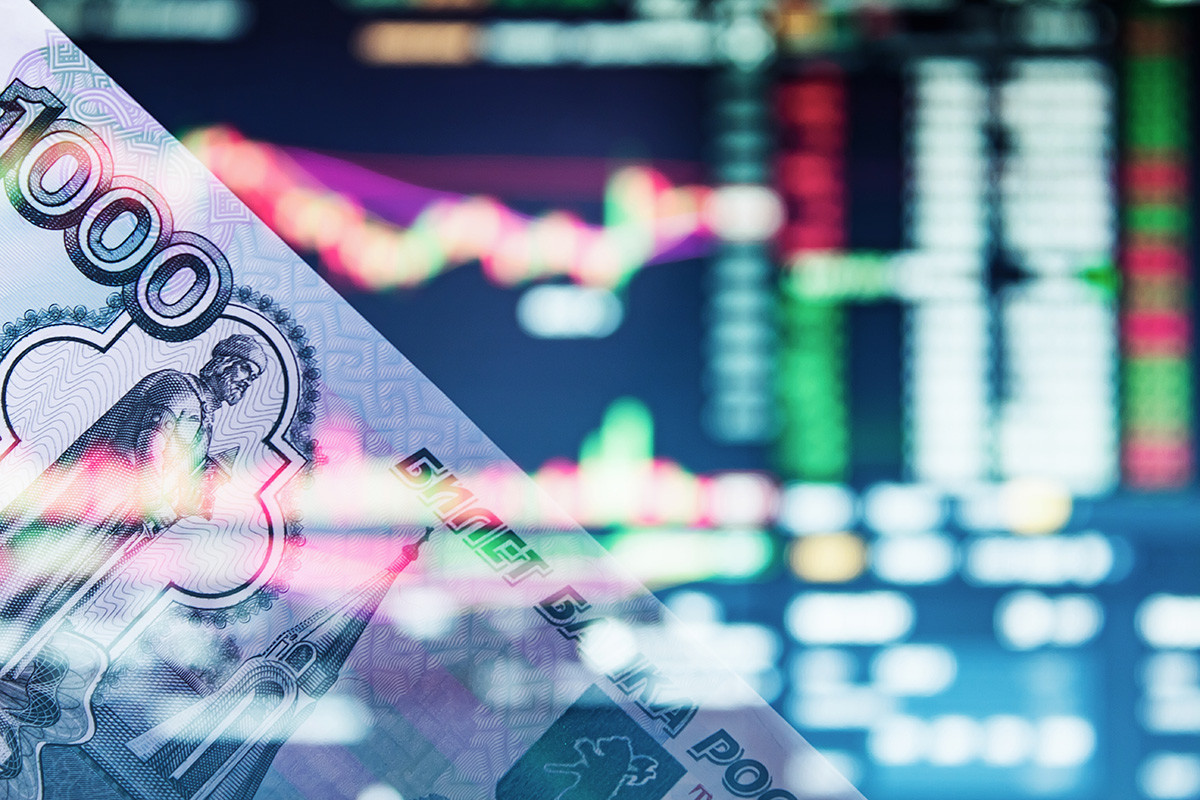 Switching to a free-floating ruble in 2014 proved effective in increasing the stability and forecastability of the currency. When the measure was adopted that year, the ruble depreciated almost twofold, but it quickly came back and was trading without the Central Bank’s involvement.

Whatever strategies Russia takes to limit the severity of the fallouts from the ruble’s devaluation, this can only truly be done with a restructuring of the Russian economy itself. Meanwhile, the “rublization” of transactions with China and the Eurasian Economic Union (EAEU) countries looks quite promising.

Russia doesn’t enjoy a similar relationship with the EU, as the price of Russia’s exported goods is still tied to the dollar. However, the use of the ruble with India has in the past year alone doubled to become 77,8 percent of all transactions. The same time in 2019 saw just 34,8 percent.

The Russian government insists that the BRICS countries’ move to using national currencies for mutual trading could also reduce dependency on U.S. politics. India is merely one example of this.