Russia’s list of richest families has a new leader 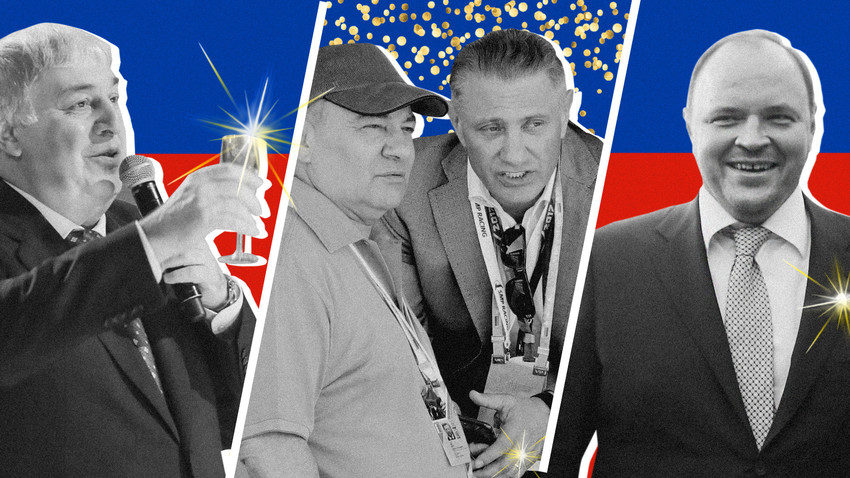 Russia’s latest richest dynasty made its fortune on oilfield services and real estate. Who else made it onto Forbes’ list of Russia’s 10 richest families? 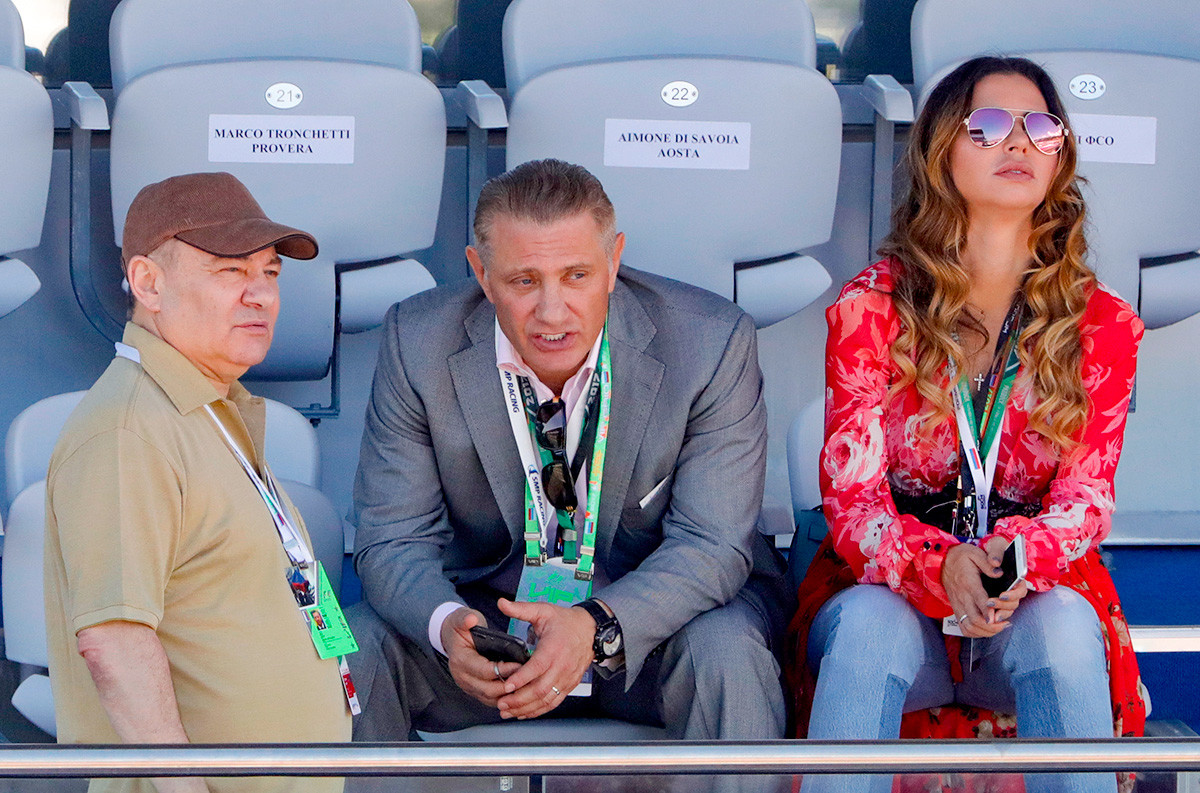 The Rotenberg family topped this ranking for the first time back in 2014, but failed to retain the No. 1 spot until this year. During this time, much has changed in their business.

Arkady and Boris Rotenberg both made a fortune on contracts with the world’s largest supplier of natural gas, Gazprom. In particular, they built almost 1,500 km of the ‘Power of Siberia’ gas pipeline to China. In addition, Arkady’s son Igor is the main owner of the Gazprom Burenie oilfield services company, 95 percent of whose orders come from Gazprom.

The Rotenbergs’ other area of expertise is infrastructure construction. They built most of the Crimean bridge across the Kerch Strait (for which they have been under U.S. sanctions since 2014, while Arkady is on the European sanctions list, too) and are involved in the country’s largest construction projects worth trillions of rubles. Lilia, Arkady’s daughter, is in the family business, as well: she is a co-owner of TPS Real Estate, a company building shopping and entertainment centers.

Finally, the Rotenbergs rose to the top of the ranking thanks to the panic that began in March, 2020. While other Russian billionaires were losing money, this family’s fortune grew by more than $200 million in just one week! Thanks to a restriction of their business. 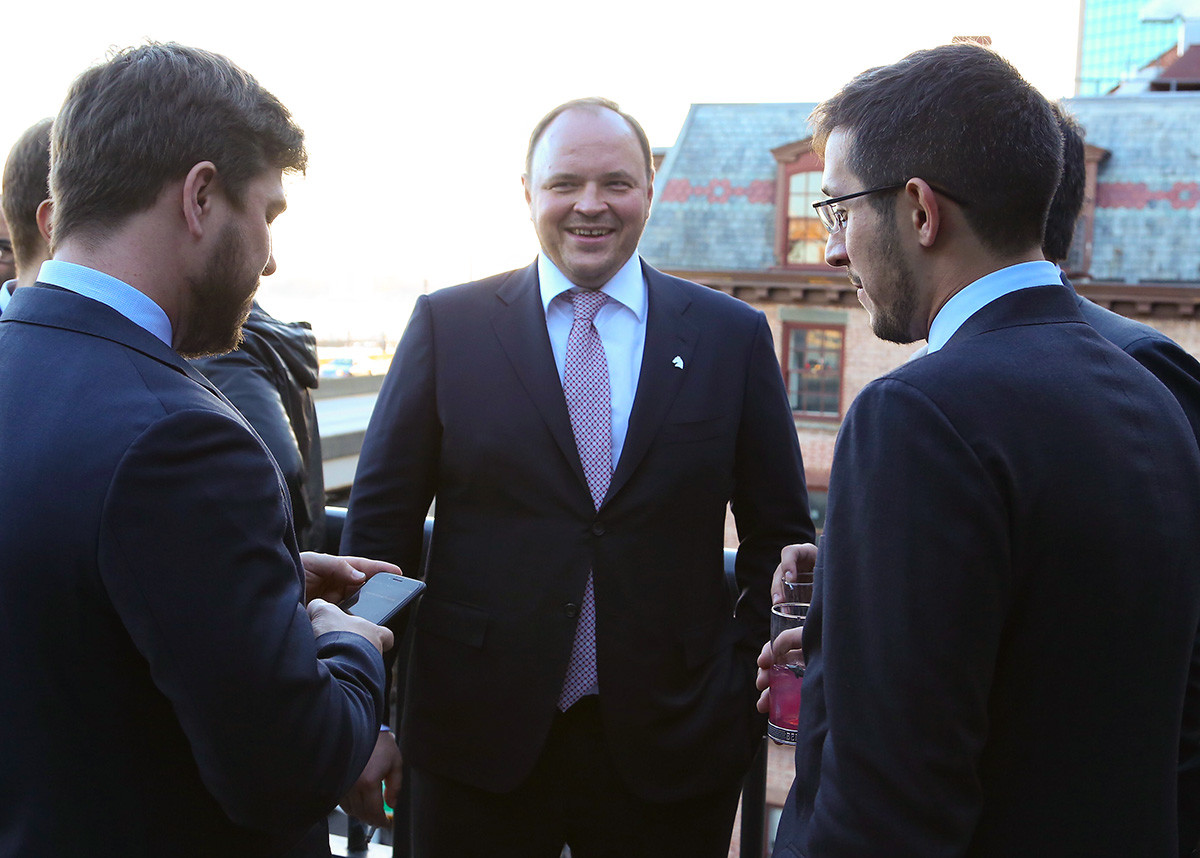 Former senator Andrey Guryev has become an agribusiness tsar as a major producer of fertilizers. The PhosAgro company, which is now headed by his son, was originally set up within Mikhail Khodorkovsky’s Menatep Group, but separated from it after the Yukos case.

PhosAgro is the Guryev family’s main asset, who live in Highgate, North London, and are beneficiaries of a family trust. The trust invests in real estate. Perhaps its most notable acquisition is Guryev Sr.’s 65-room mansion Witanhurst, the most expensive private house in London (estimated at $450 million) and the second largest private residence in London after Buckingham Palace. 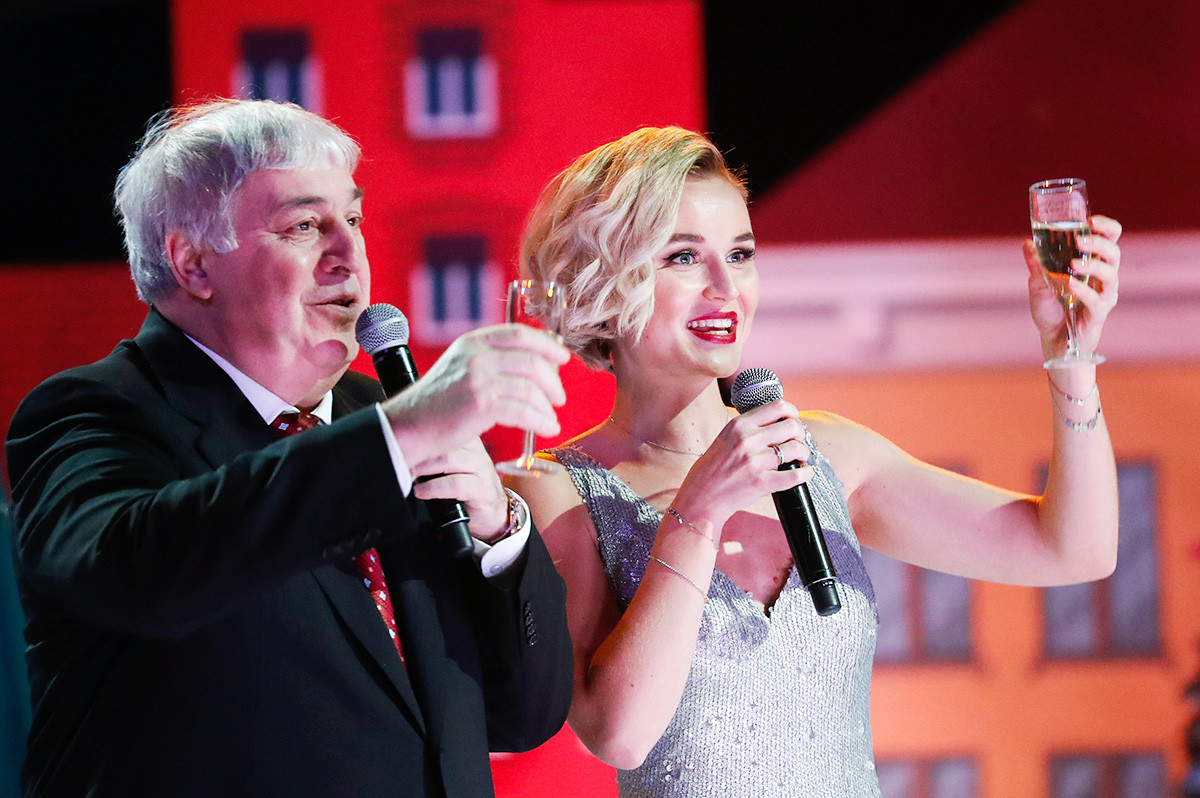 Mikhail Gutseriev and singer Polina Gagarina at the "Song of the Year 2017" concert at the Olympic Stadium.

Oil, coal, real estate, two large pension funds, supermarket chains – this is what the Gutseriev clan has made its fortune on. Back in 1994, the head of the family, Mikhail Gutseriev, who was supplying oil products to three Moscow airports at once, managed to buy himself an airplane. Then he became perhaps the only businessman who, having lost his assets in a struggle with his competitors in the 2000s, managed to safely return from emigration, buy out the same business (albeit with bigger debts) and increase his capital. Today, key roles in the family business are played by Mikhail himself, the owner of Russneft; his younger brother, dollar millionaire Sait-Salam; and his sister’s son, banker Mikail Shishkhanov.

The Gutserievs topped the list of Russia's richest families for the previous five years. They were knocked off the top spot by the coronavirus crisis, which devalued their real estate projects and hit their oil company Russneft’s shares. Nevertheless, the family found purpose during the pandemic by engaging in charity work: at the height of the lockdown, seven of the Gutserievs’ empty hotels, including the National, were used to accommodate doctors, with the bills in four of them all footed by Mikhail himself. 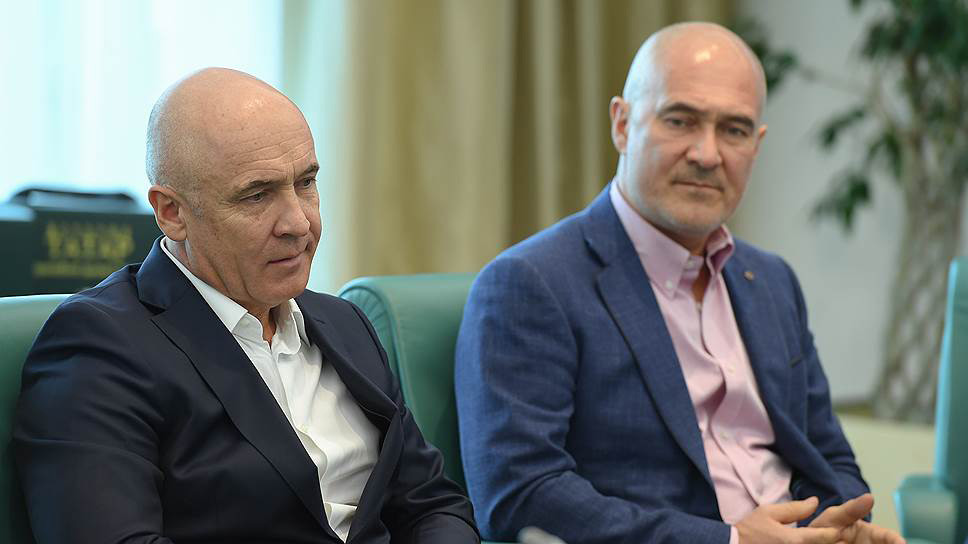 Website of the Government of the Republic of Tatarstan

Airat and Radik Shaimiev are the sons of the first president of Tatarstan, Mintimer Shaimiev, and the richest businessmen in the republic. They founded a petrochemical empire, TAIF, which comprised several enterprises and a chain of gas stations. The holding company began to privatize the region’s largest enterprises during Shaimiev’s presidency. As a result, a whopping 96 percent of Tatarstan’s chemical, petrochemical and oil and gas processing assets are now concentrated under TAIF’s control. Airat also heads one of the republic’s largest road companies, Tatavtodor. The two brothers are also the richest residents of Tatarstan. 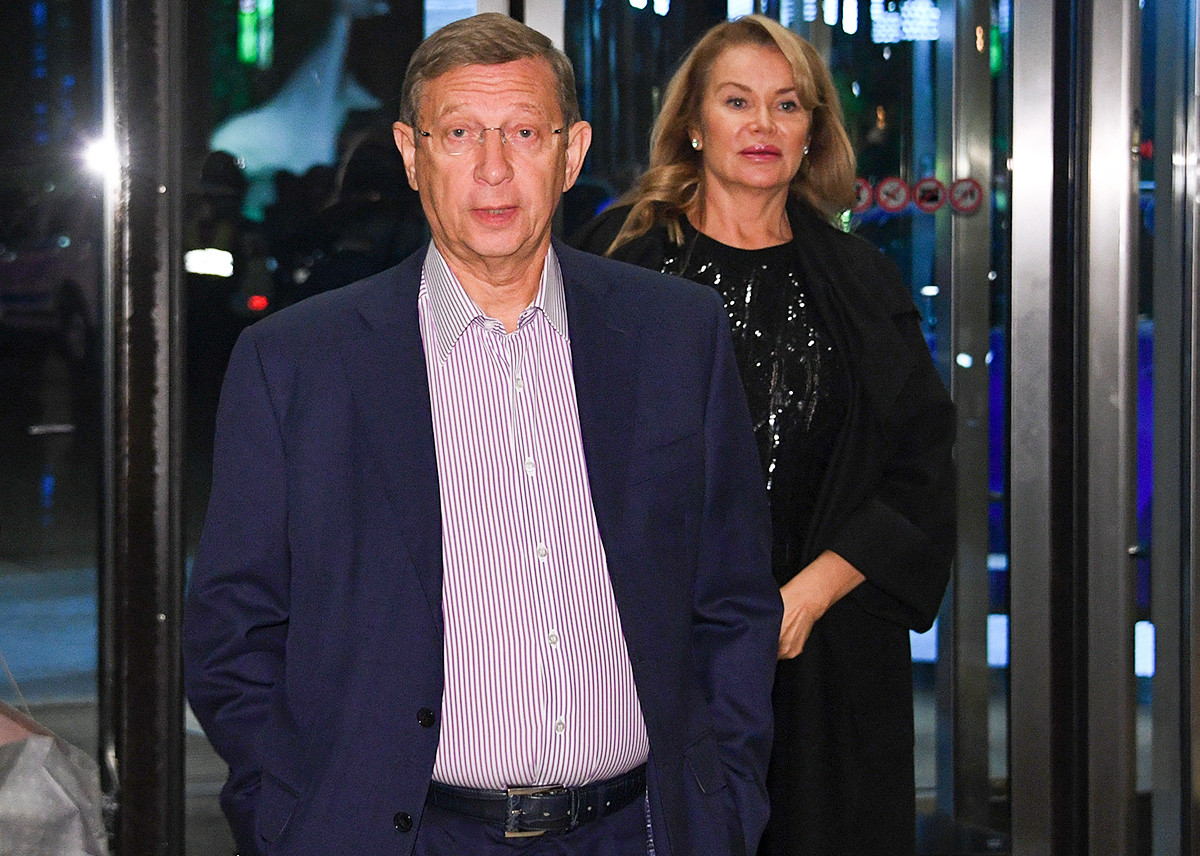 Vladimir Yevtushenkov at a party to mark the 15th anniversary of Crocus City Mall. 2017

In recent years, businessman Vladimir Yevtushenkov went through some hard times: he spent time under house arrest with an electronic bracelet around his leg, lost the oil company Bashneft (and three-quarters of his fortune), but managed to avoid a prison term while retaining his main asset, the investment company AFK Sistema. The legal battle with Rosneft, which accused Yevtushenkov of buying Bashneft shares illegally and money laundering and eventually bought Bashneft from the state, almost bankrupted AFK Sistema, too, but the parties reached a settlement. “This is business for you: you lose something and you move on,” Yevtushenkov says, and continues to be one of the richest people in the country. His son Felix has been working with AFK Sistema for over 20 years, helping to increase the family’s fortune. 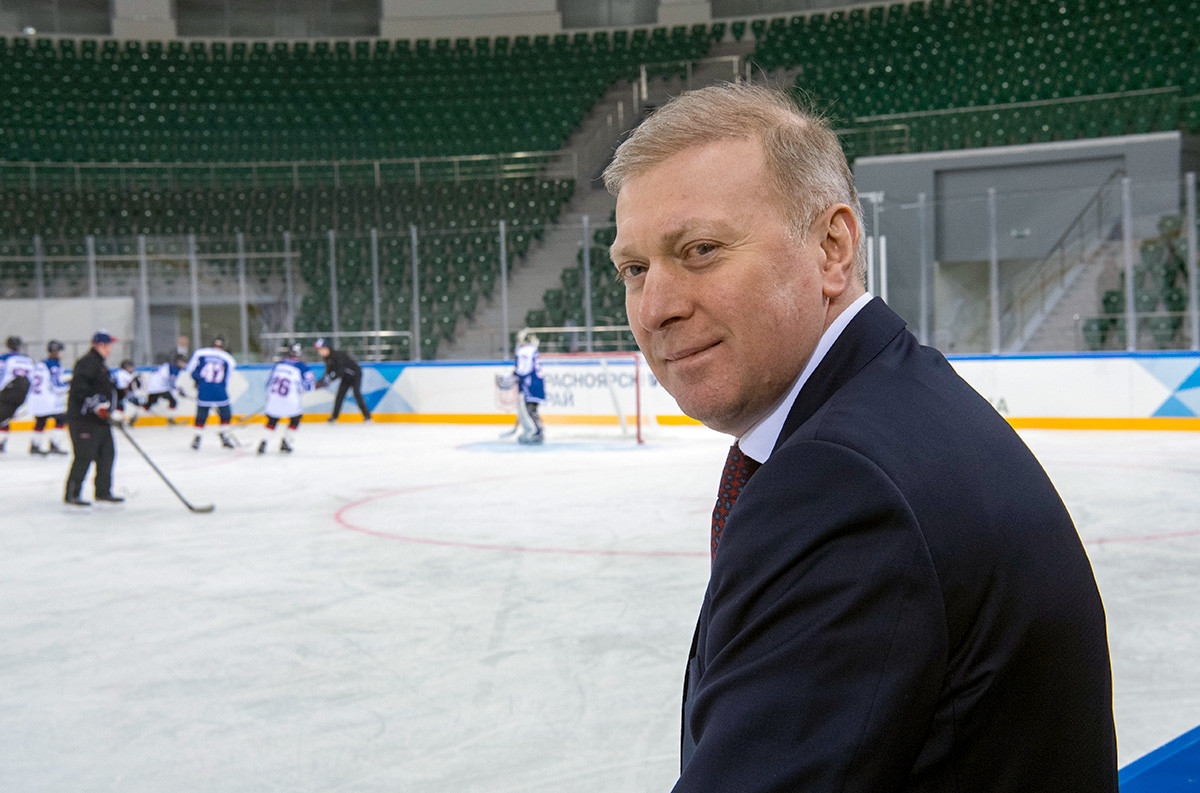 In the fall of 2014, the Bazhaev brothers, of Chechen origin, switched from the oil business into precious metals. Together with their nephew Deni (one of the richest bachelors in Russia), they are developing platinum deposits in Krasnoyarsk Territory and the Far East, as well as a gold deposit in Kyrgyzstan. That same year, the three of them bought the Forte Village luxury resort in Sardinia for 180 million euros. One of the brothers, Mavlit, together with his son Mansur, also invests in real estate in the Czech Republic and Slovakia. 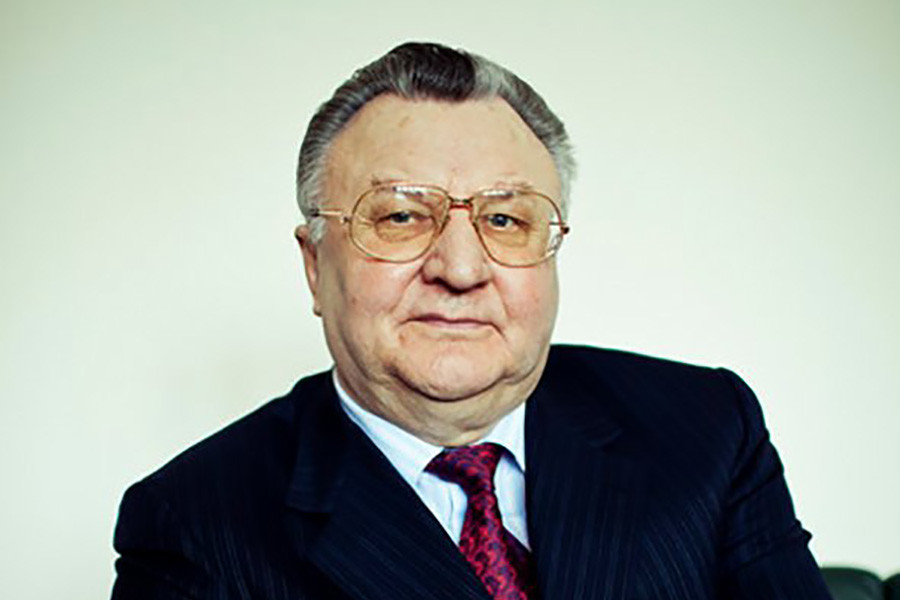 Brothers Timur and Ruslan Rakhimkulov became billionaires thanks to their father Megdet Rakhimkulov, former head of Gazprom’s subsidiary in Hungary. Megdet used his earnings to buy shares in Hungarian companies, with the biggest assets being OTP Bank and the MOL gas company.

In 2007, Megdet, who at the time was the richest resident of Hungary, returned from Budapest to Moscow. He now plans to hand over shares he holds in Gazprom to Rinat, his son from his first marriage. The shares are worth approximately $4.5 million. 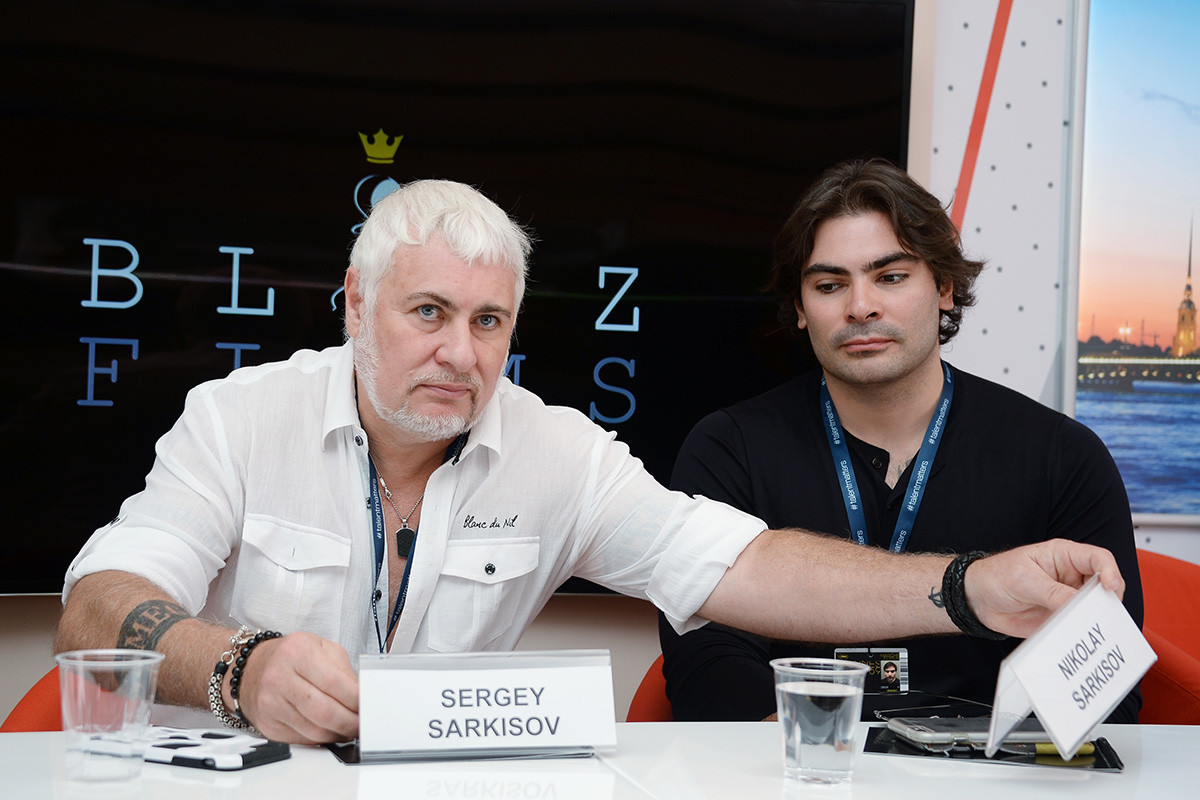 Brothers Sergei and Nikolai Sarkisov own the RESO group, whose main asset is one of the biggest insurance companies in Russia, RESO-Garantia. They own a 60.6-percent stake in the company, while one of the world’s largest insurance and investment groups, France’s AXA, owns 36.7 percent.

Sergei Sarkisov has a diplomatic background: he served as the Armenian consul general in Los Angeles. Also, he has for a long time been involved in the movie industry (in 2015, he completed training as a director). Sergei’s son Nikolai has followed in his father’s footsteps: together they own a Hollywood production company called Blitz Production. The Sarkisovs also own 115 hectares of land in Monaco, three houses in Los Angeles, a mansion in London, a castle in France and other real estate around the world. 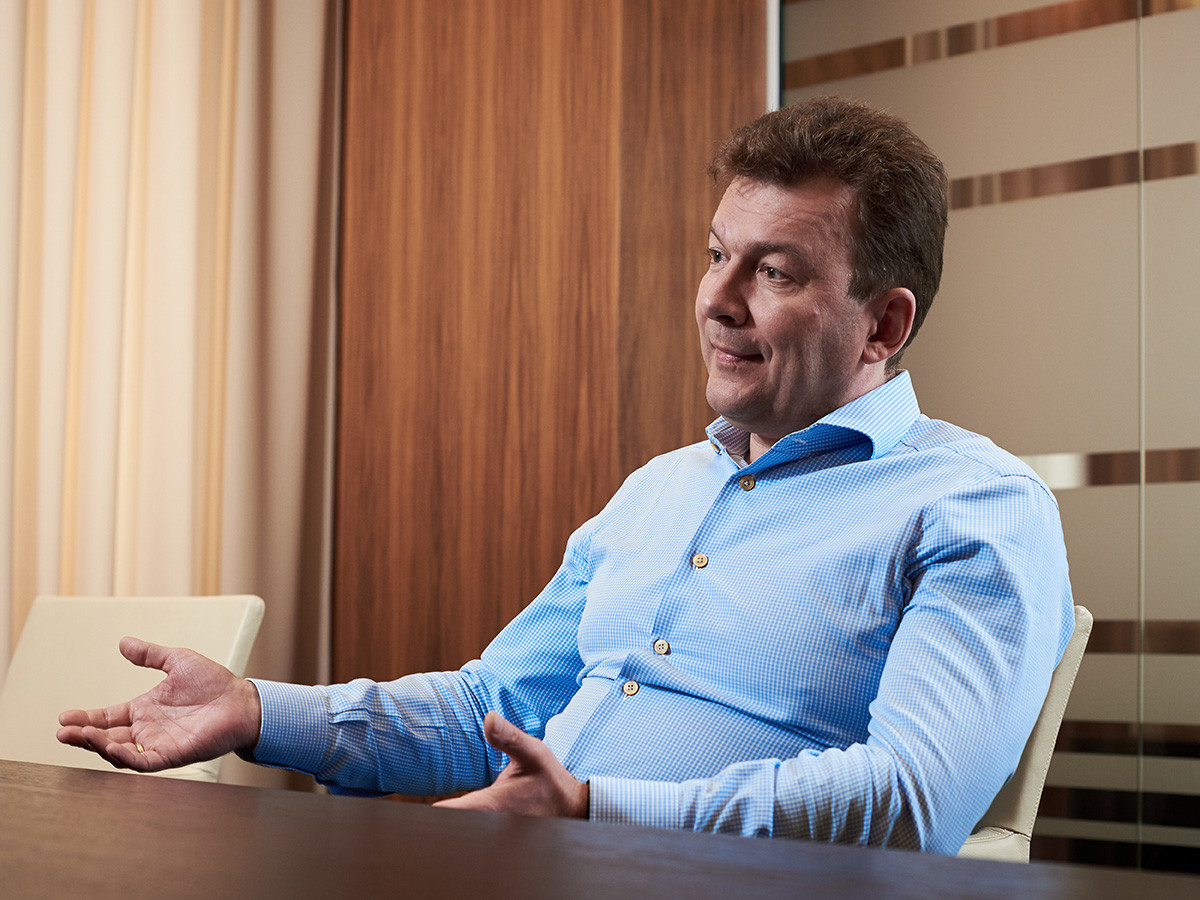 “The public should be thinking about their country’s development, not about jamon and parmesan,” Viktor Linnik famously said in 2019, when he proposed banning private individuals from bringing meat products from abroad.

Ironically, Viktor himself, together with his twin brother Alexander, made a fortune by importing meat products to Russia. Back in 1995, they founded the Miratorg company, which specialized in importing beef and pork from Latin America. These days, the two agro-billionaires own agricultural land in several regions of the country, while Miratorg has become the largest pork producer in Russia. 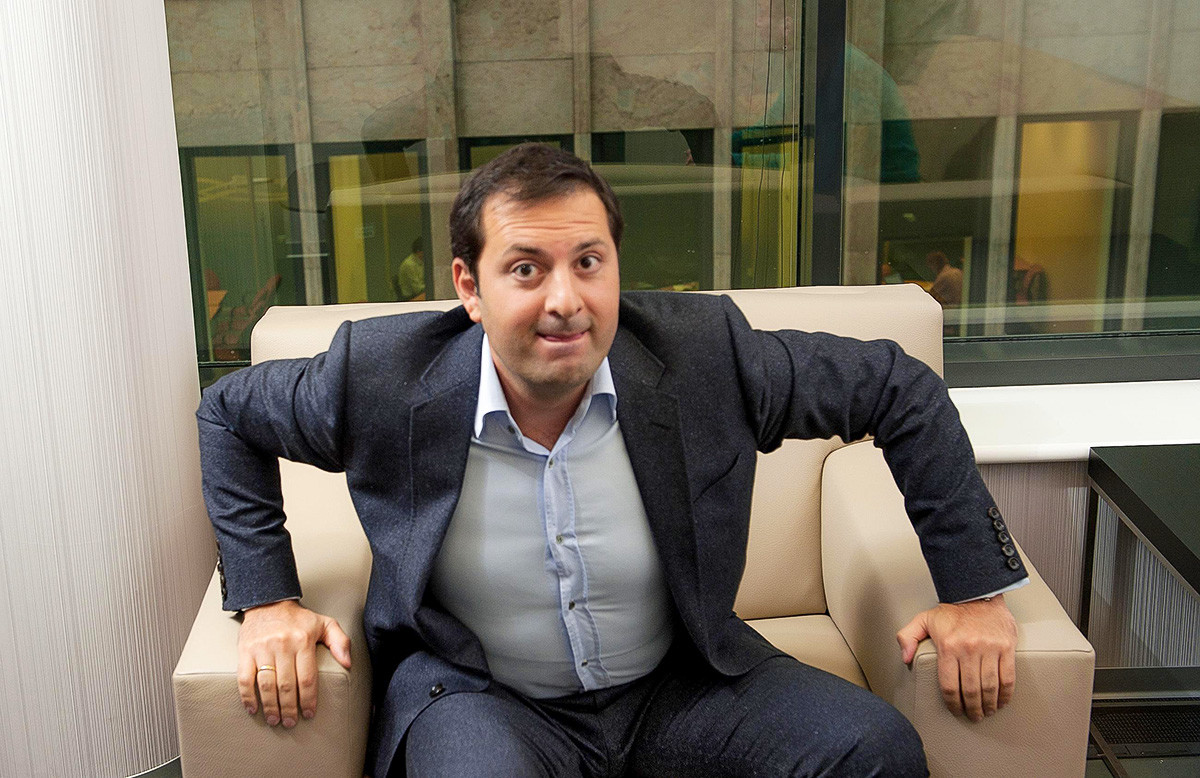 Another billionaire family who made their fortune on meat. They own the Cherkizovo group, a major meat producer in Russia. All of the company’s shares are divided among family members. The main block of shares (29.5 percent) belongs to Lydia Mikhailova, with the remaining shares divided between her two sons and niece. Lydia lives in Europe and is not involved in running the company: she received the entire business with its numerous poultry and pig farms from her ex-husband Igor Babayev, who obtained these assets during the privatization in the 1990s. The meat empire is run by their sons.

For his part, Igor Babayev has switched to other areas: he has merged several collective farms and grows grain. In addition, he has started building luxury real estate compounds in the country.