Migrant outflow is BAD news for Russia… or is it? 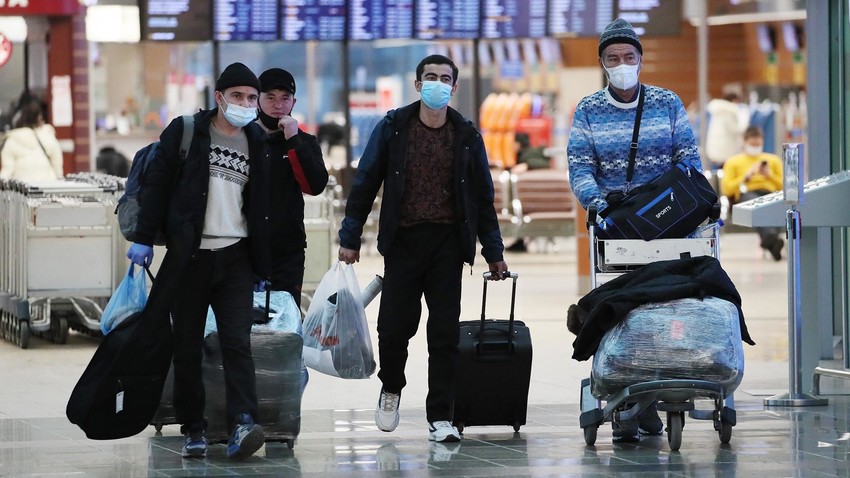 Vladimir Gerdo/TASS
Various coronavirus-related restrictions, including a ban on international flights, have sharply reduced the number of migrant workers in Russia. This alarming development has both short-term and long-term consequences for the Russian economy. The housing sector, in particular, has been hit hard.

Compared with the same time last year, the number of work migrants in Moscow in 2020 has fallen by 40 percent, according to mayor Sergey Sobyanin’s claims in October. The decrease threatens to affect the job market, especially the field of housing and communal services. Sobyanin predicted a difficult winter - a period when heavy snowfall normally puts an additional strain on the sector.

What do the migrant figures look like for Russia?

The number of foreigners working in Russia has fallen by 22 percent as of September 2020, compared to the same period in 2019, according to police data. The number of migrants in Russia stands at 1.8 million, compared to 2.3 million last year. The decrease concerns migrants of all categories. Further to police figures, the number of valid work permits has, likewise declined, while the number of working migrants from the Eurasian Economic Union has fallen by 26 percent. The most represented nations in Russia’s job market for 2020 are as follows:

Back in March of 2020, Russia shut its borders in the wake of the global coronavirus pandemic. Entry was allowed only to foreigners with close relatives, Russian nationals and those requiring emergency travel. Due to the cancelation of international flights, migrants also could not leave. For instance, over a span of eight months in 2020, only 50,000 Tajik citizens left Rusia. The Tajik embassy claims there are 700,000 Tajiks currently residing in Russia. In 2019, around 41,000 of them returned home, according to the Russian state statistics bureau. This means that even during the pandemic, the number of those returning home only rose by a small margin. 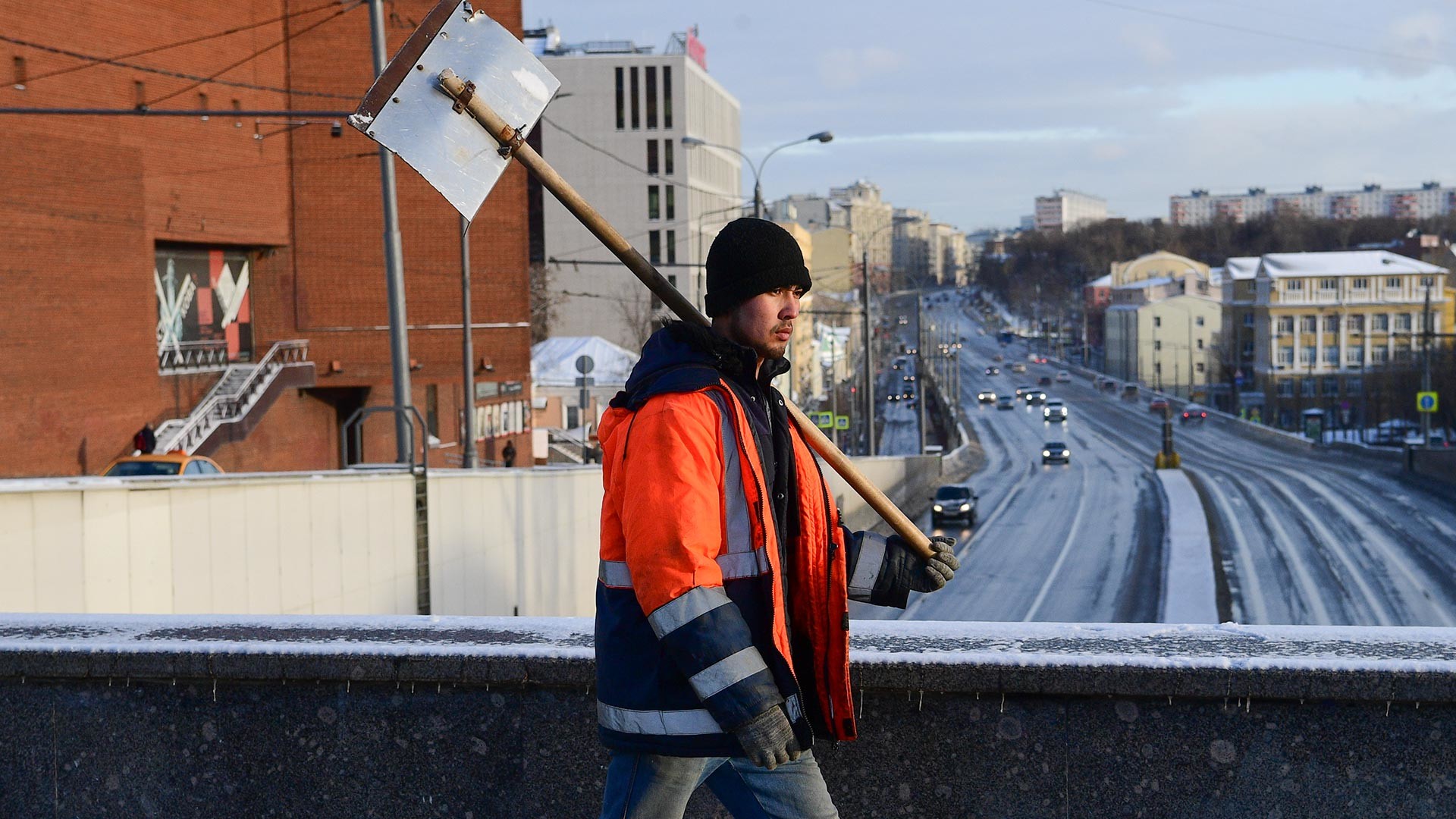 What are the reasons behind the sharp decline?

“We need to look at two concurrent problems here. Due to borders closing, many migrants could not come here for work during the first wave of the pandemic, which happened to coincide with the traditional peak season for work migration; however, the number of workplaces also decreased,” says Yaroslav Kabakov, strategy director for investment firm ‘Finam’. The overall slowdown in economic growth, coupled with a weakening ruble, did not add to the workers’ optimism either. Many lost their jobs. The second wave, which arrived in the fall, likewise did little to stabilize the working relationship between the migrants and businesses. The former aren’t showing much faith in a better tomorrow and are often attempting to save money by avoiding registration; the businesses, for their part, aren’t in any hurry to disclose the actual figures for migrant hiring.

Are there really 40% less migrant workers in Moscow in 2020?

Experts insist that Moscow isn’t hemorrhaging migrants to the extent that it’s being reported. “This figure, in all actuality, probably isn’t entirely correct, as the statistic accounts for worker migrant registration, but leaves out the figure for those who are no longer registered. In other words, what we see is the total number of registered migrants,” says Evgeniy Varshaver, senior fellow at the Center for Regional Research at the RANEPA Institute of Social Analysis and Forecasting. Owing to the situation with the closed borders, a great number of those who’d planned to make it to Russia never managed to get here; meanwhile, those who did - still can’t leave. Consequently, they must, in all probability, constitute more than just 60 percent of the figure for 2019.

According to Kabakov, the figure accounting for the reduction of migrant inflow has been substantially exaggerated and, therefore, cannot stand at 40 percent. Besides, these numbers have a habit of quickly bouncing back. “We can say with certainty that an increase in the demand for manpower, which takes place in line with renewed economic growth, will consequently result in a significant increase in migrant inflow - provided that the ban on cross-border travel is lifted,” the expert says.

What effects will migrant outflow have on the Russian economy? 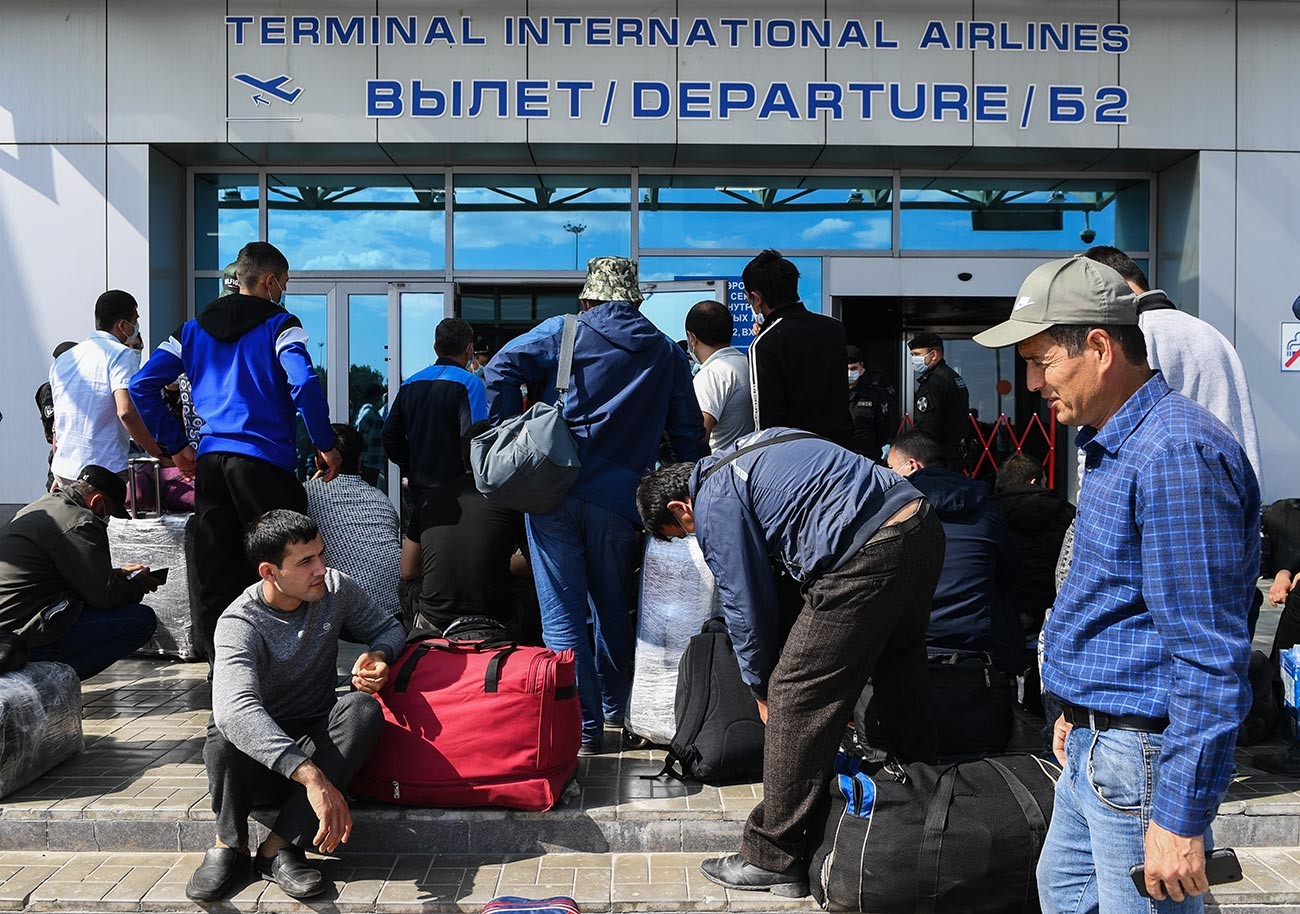 Migrants waiting at the departures hall at Tolmachevo Airport in Novosibirsk

The consequences of this process can be split into two logical categories: long-term and short-term. “In the long run, we can expect positive outcomes, as employers will be forced to increase wages, provide technical support for these jobs and so on,” says Aleksandr Scherbakov, professor at the department of labor and social policy at RANEPA. This will allow for an increase in both labor productivity, as well as the quality of output and, consequently, result in the economy coming out on top and becoming competitive again.

However, if we look at the short-term effects, small enterprises and a chunk of mid-level and large businesses will experience difficulties, due to a shortage in human resources for low-skilled labor. It can’t be ruled out that these businesses will be forced to cut production volume and, in some cases, exit the market altogether.

“It’s a possible outcome, but not a necessary one. After the pandemic, many migrants - particularly those from countries with a lower standard of living - will most likely begin coming back. A wage that isn’t all that high for Russia is considered to be quite substantial in those countries. Their populations will follow the money, as they have before,” Scherbakov adds.

Which sectors are bearing the biggest brunt? 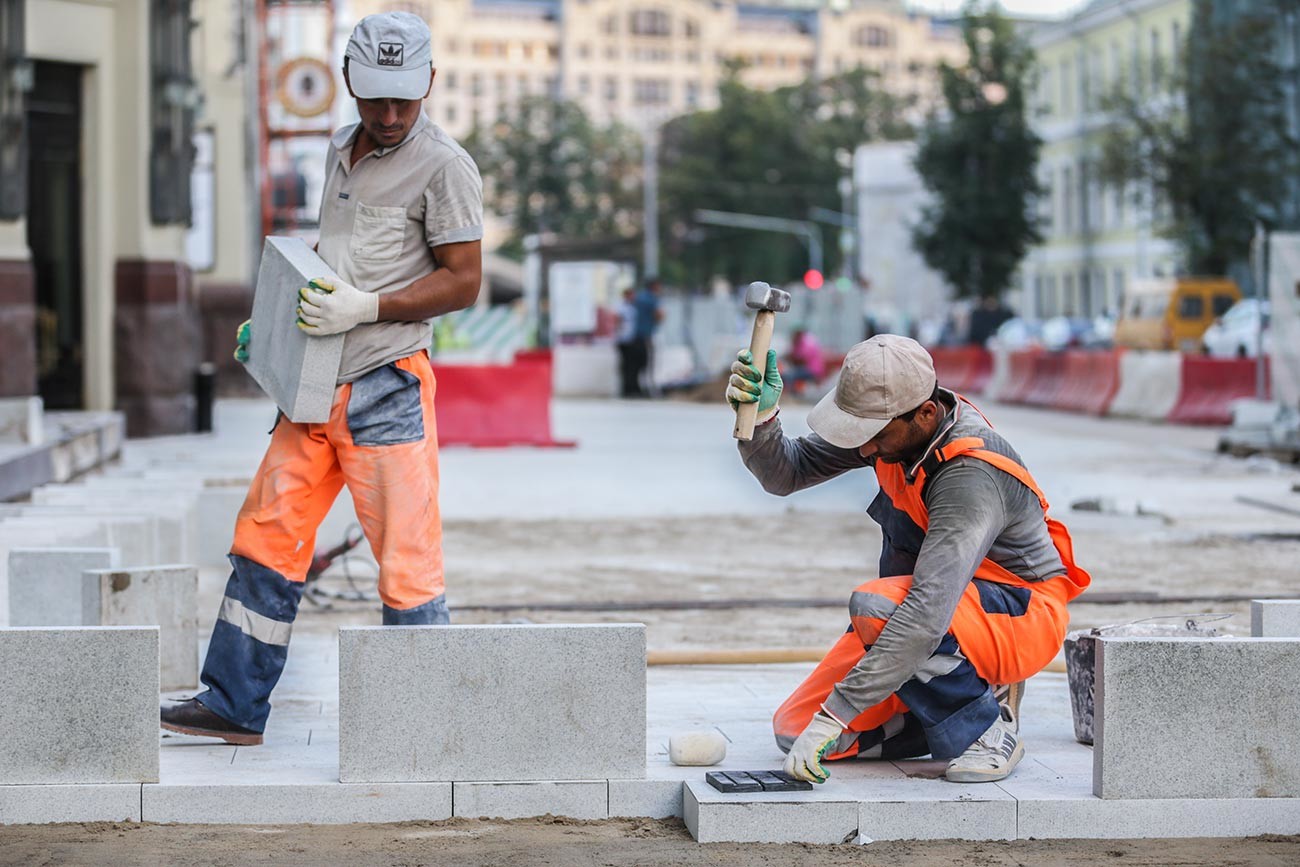 Workers with the urban improvement program in Moscow

The construction sector is feeling the negative effects of migrant worker deficit especially hard. According to the Ministry of Construction, a shortage of construction workers from Russia’s “near-abroad” i.e. former Soviet republics, is noticeably felt with respect to timely project completion. Moreover, this could potentially freeze the introduction of new areas for development and result in sanctions leveled at some construction firms.

That said, secondary data is already beginning to reveal a restart in the filling of construction jobs. The volume in money transfer from Russia to CIS countries has been showing a steep growth in the third quarter of 2020, reaching $1.916 billion. This is a third more than in the previous two quarters, according to the Bank of Russia’s statistics bureau. A sharp increase in outgoing transfers to the “far-abroad” (countries outside the former Eastern Bloc) is also taking place. This all but proves that a new crop of migrant workers in Russia are already actively sending money to their families at home, and are, therefore, gainfully employed.