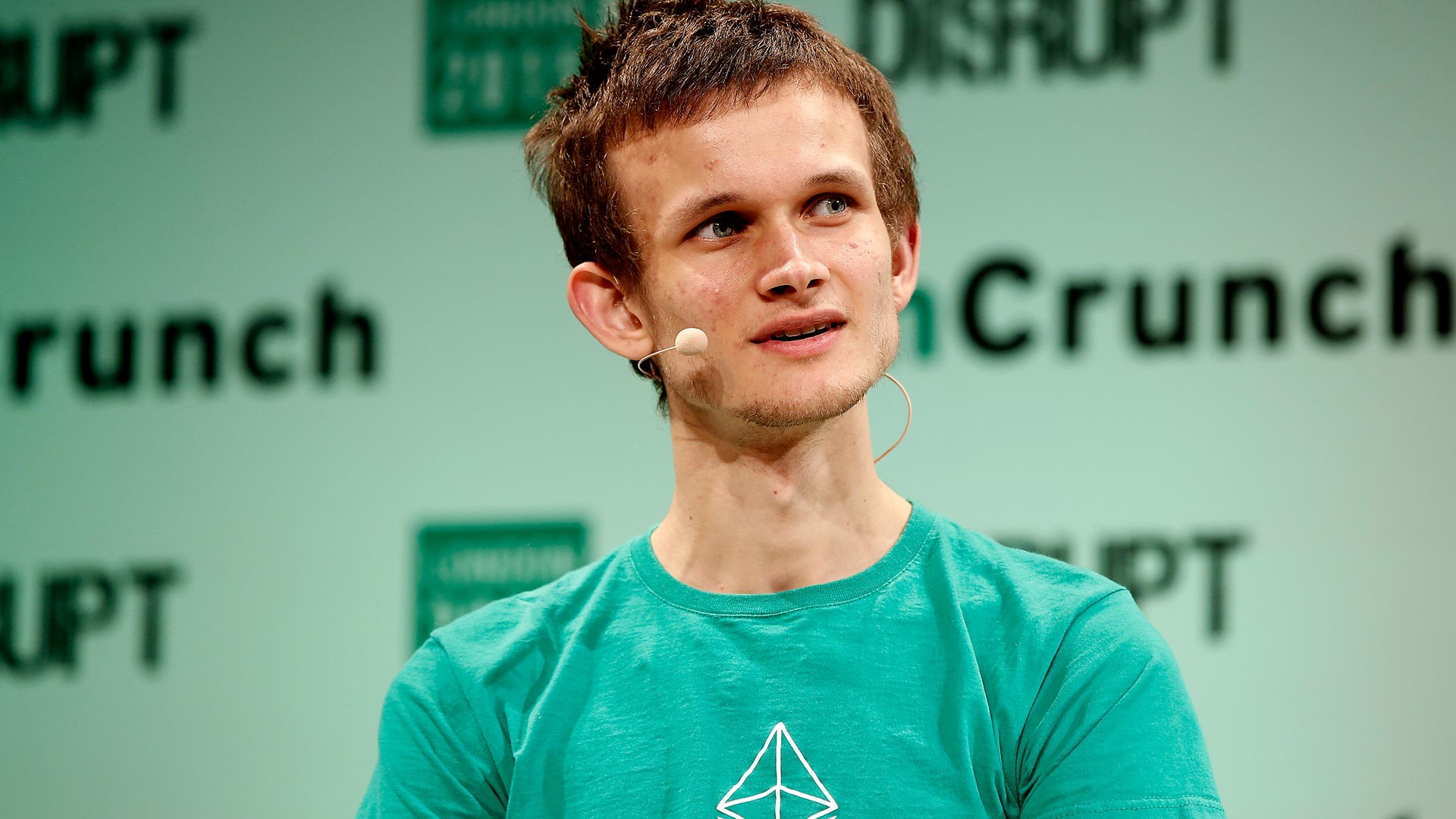 John Phillips/Getty Images
In May 2021, Forbes named the founder of the Ethereum blockchain system, Vitaly ‘Vitalik’ Buterin, as the youngest crypto-billionaire in the world. Here’s how he did it and what he spends his fortune on

A young, skinny guy in a white T-shirt sits holding a microphone in a conference room at the Skolkovo Innovation Center outside Moscow. The audience of several hundred closely observe his gestures and facial expressions, which seem to betray awkwardness.

“We want to know how $36 billion projects suddenly appear. Where do they come from? I guess it all happens in childhood. You finished kindergarten and went to Canada. How did you end up there?” the host inquiries. 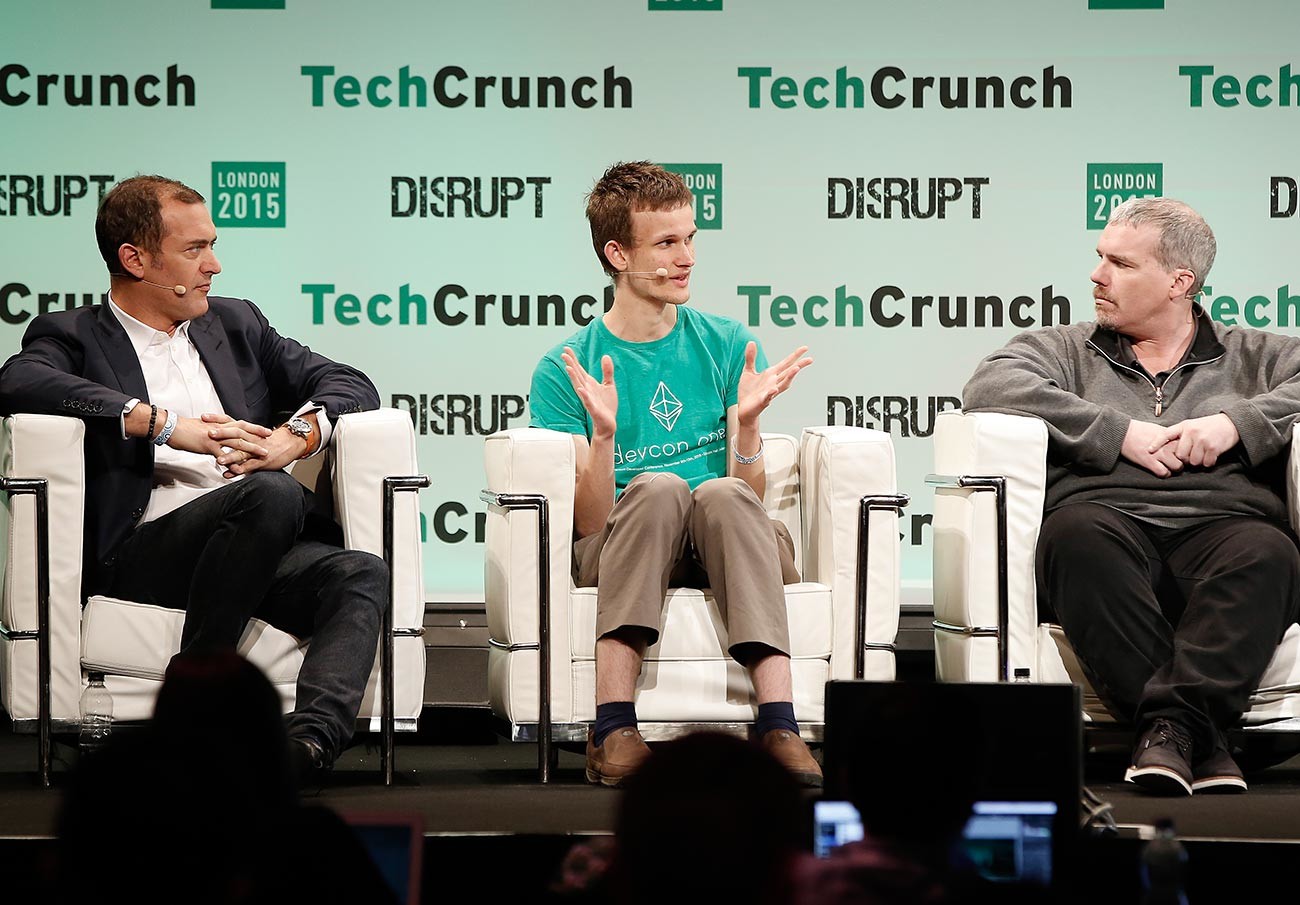 “I went with my mom and dad, by plane, I think it was Lufthansa,” he replies.

“What happened?” the host does not let up.

“Well... the flight took 10-12 hours. Everything was fine, I guess,” the guy evades the question.

This is a fragment from a 2017 interview with 27-year-old Vitalik Buterin, one of the founders of Ethereum, the world’s second most popular cryptocurrency and blockchain system. In the video, he was 23. Just four years later, Forbes named him the world’s youngest crypto-billionaire. But it wasn’t as plain sailing as it sounds.

Childhood and 400 articles about blockchain

Vitalik was born in 1994 in the small picturesque town of Kolomna, 100 km from Moscow, and moved with his parents to Canada at the age of six. As a child, his parents encouraged him to learn the piano and took him skiing, but such activities were not his cup of tea. Buterin’s heart lay in programming and, from the age of ten, he started writing his own mini-games.

“I started coding when I was five or six years old. But, I only got serious about it at the age of ten or twelve. I started writing different kinds of games. I had an old Windows 95 computer and a book about programming in C++ with Allegro <...>. That’s where it all started,” Buterin said in an interview with Xakep.ru. 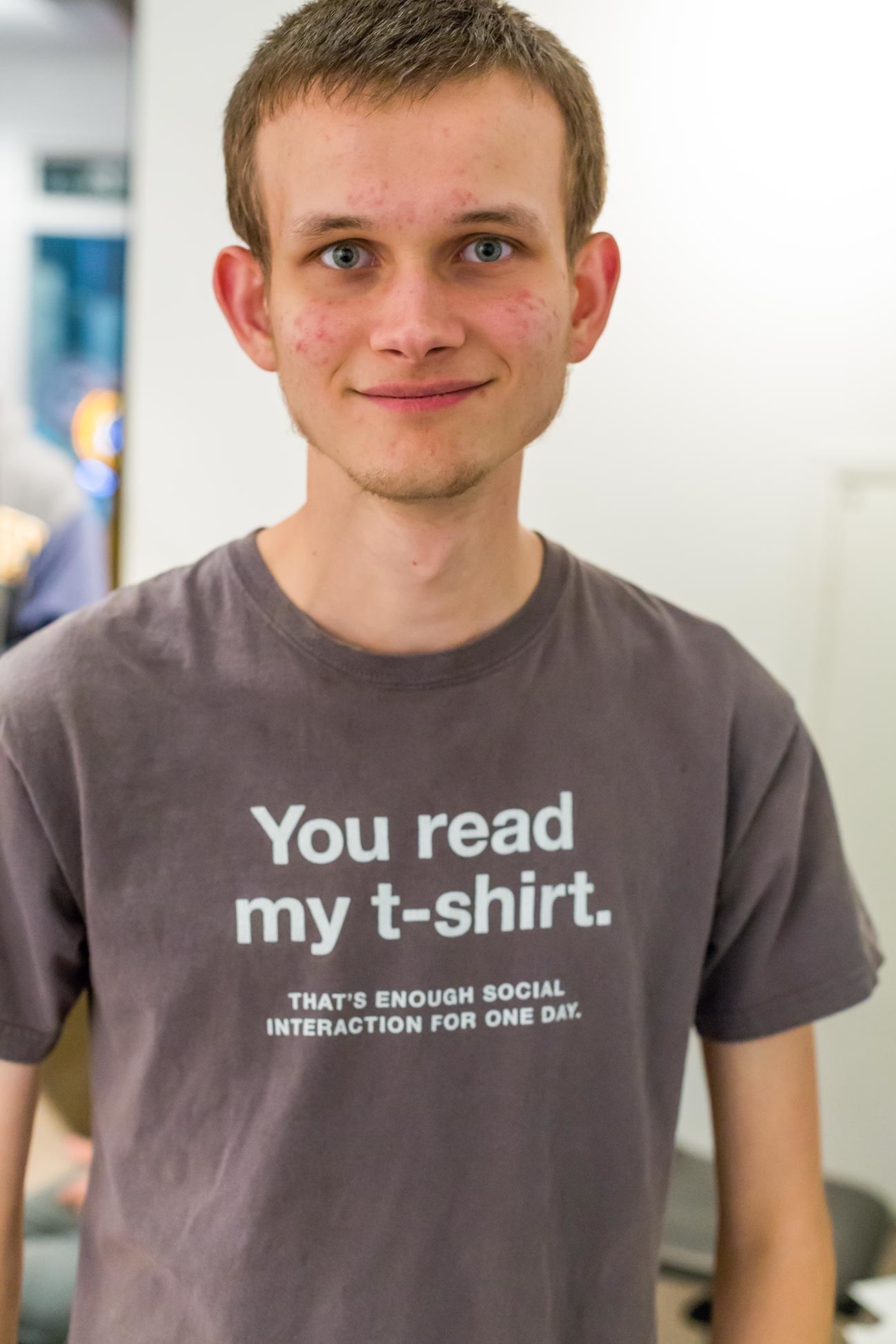 At school, Buterin always tried to get straight As. He recalls being obsessed with studying.

“When I was in grade five or six, I just remember quite a lot of people were always talking about me like I was some kind of math genius. And there were just so many moments when I realized, like, okay, why can’t I just be like some normal person and go have a 75% average like everyone else,” said Buterin in conversation with Wired Magazine.

Vitalik learned about Bitcoin in 2011 from his father, Dmitry, a computer scientist. By that time, Vitalik had already taken part in more than one International Informatics Olympiad, even taking fourth place in one of them.

“Dad told me about this interesting currency that no government or no central bank could control. My first thought was: ‘How can such a system exist when it’s just numbers in a computer? How much value can they have?’ Three weeks later, I came across Bitcoin online and decided to explore the topic in more depth,” Vitalik explains. 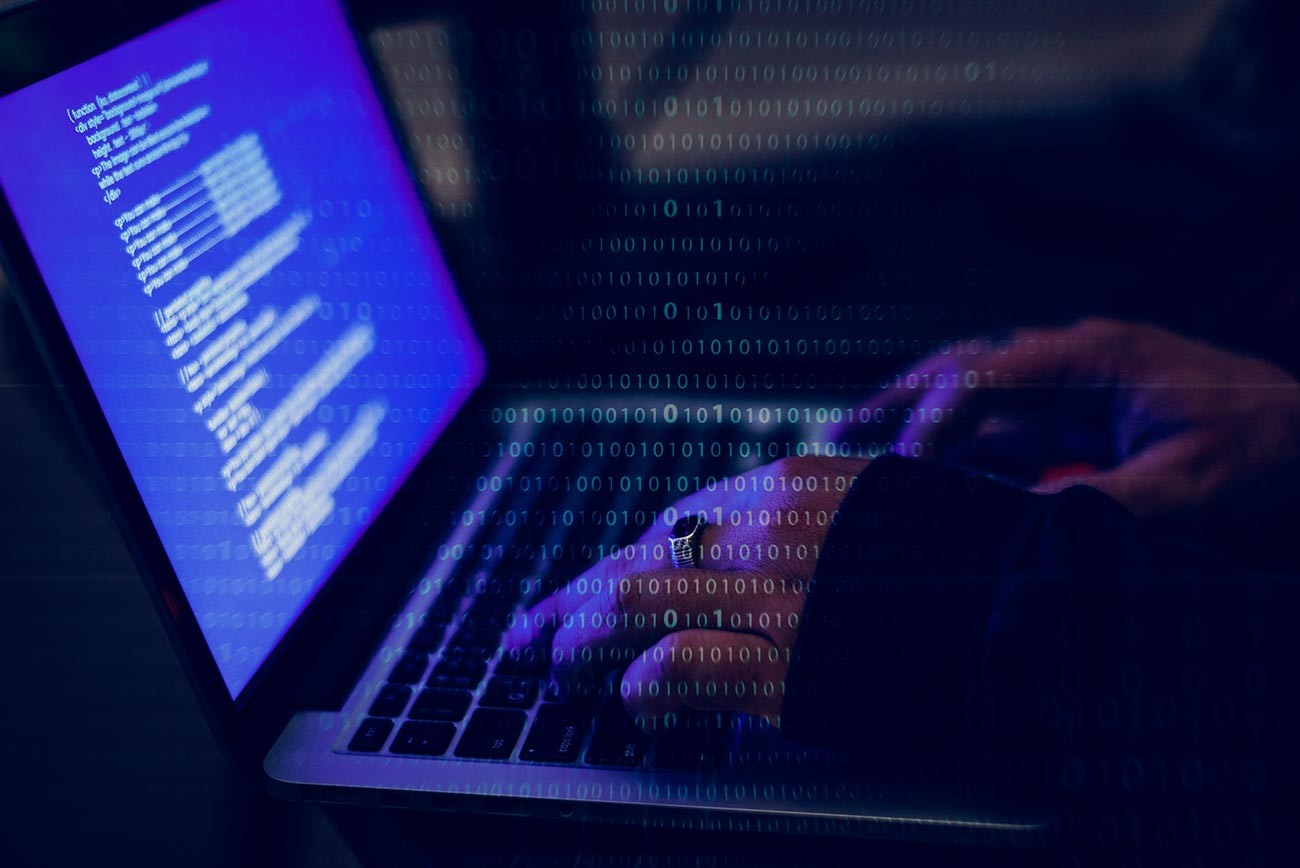 Soon, the young programmer began writing his own articles about Bitcoin and blockchain for dedicated forums and websites. That same year, 2011, he co-founded the publication Bitcoin Magazine.

“I wrote on various dedicated forums until I found a guy who started paying me in Bitcoin to use my articles on his blog <...> Bitcoin seemed to unite all my interests: mathematics, computer science, programming, cryptography,” said Buterin in an interview for the YouTube channel of Abra, a cryptocurrency company.

Blockchain instead of higher education

Buterin devised the concept of the Ethereum blockchain platform and cryptocurrency back in 2013. The year before, he had enrolled at the University of Waterloo in Canada, but dropped out to work on cryptocurrency projects.

“In 2012, I dropped out of college and traveled to different places where Bitcoin projects were happening. I ended up in Israel. Many people there were focused on blockchain technology for things other than coins. Developers were talking about separate protocols for each blockchain deployment, special types of transactions. I quickly saw how limiting this was,” Vitalik said in an interview with Rusbase. He came up with the idea of creating a single platform with its own programming language, in which any app could be written. 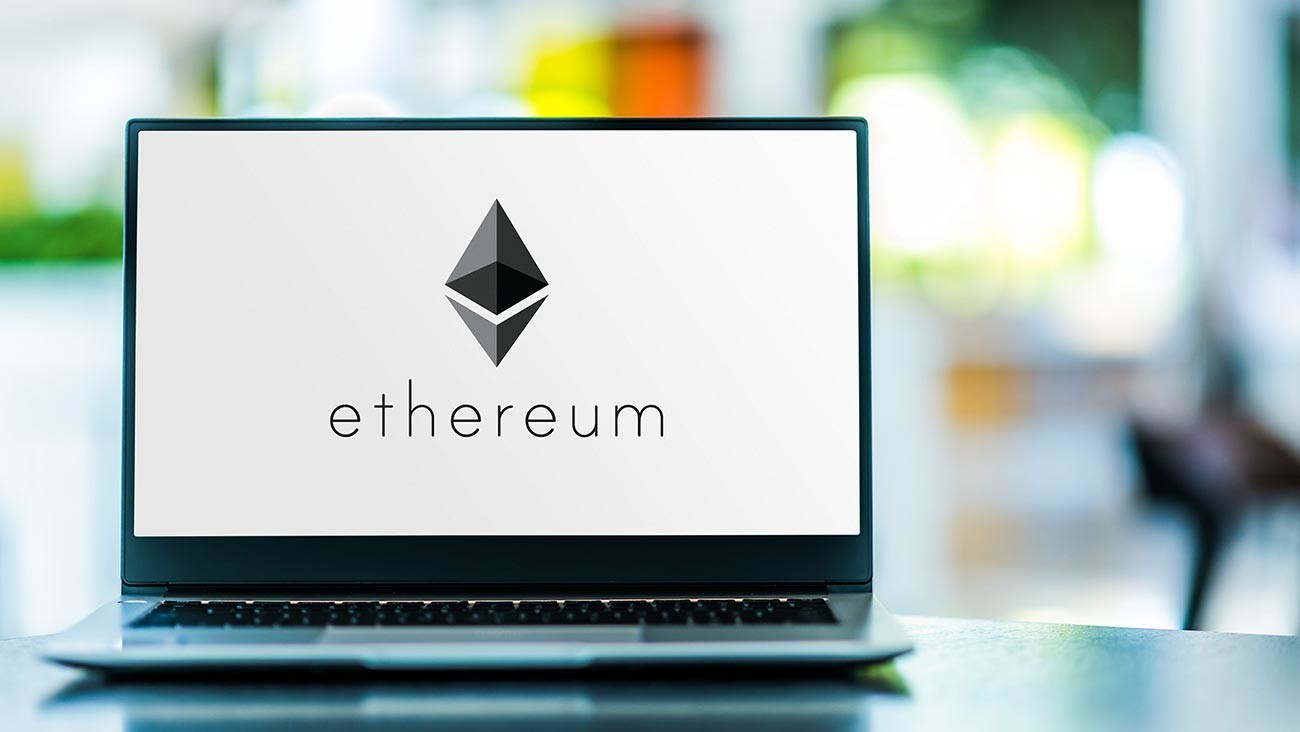 He outlined a project strategy and sent it to 15 friends for critical feedback; they, too, sent it to their friends. Two weeks later, about 20 people volunteered to help Buterin implement the project.

Vitalik crowdfunded the money for the launch: People sent one Bitcoin in exchange for 2,000 Ethers, as the Ethereum currency came to be known. As a result, Buterin raised 30,000 BTC, or $18.5 million at the 2013 exchange rate.

In 2014, he won the World Technology Award in the IT Software category, in which the other nominees included such luminaries as Mark Zuckerberg. That same year, Vitalik received a $100,000 grant from the foundation of PayPal co-creator Peter Thiel. 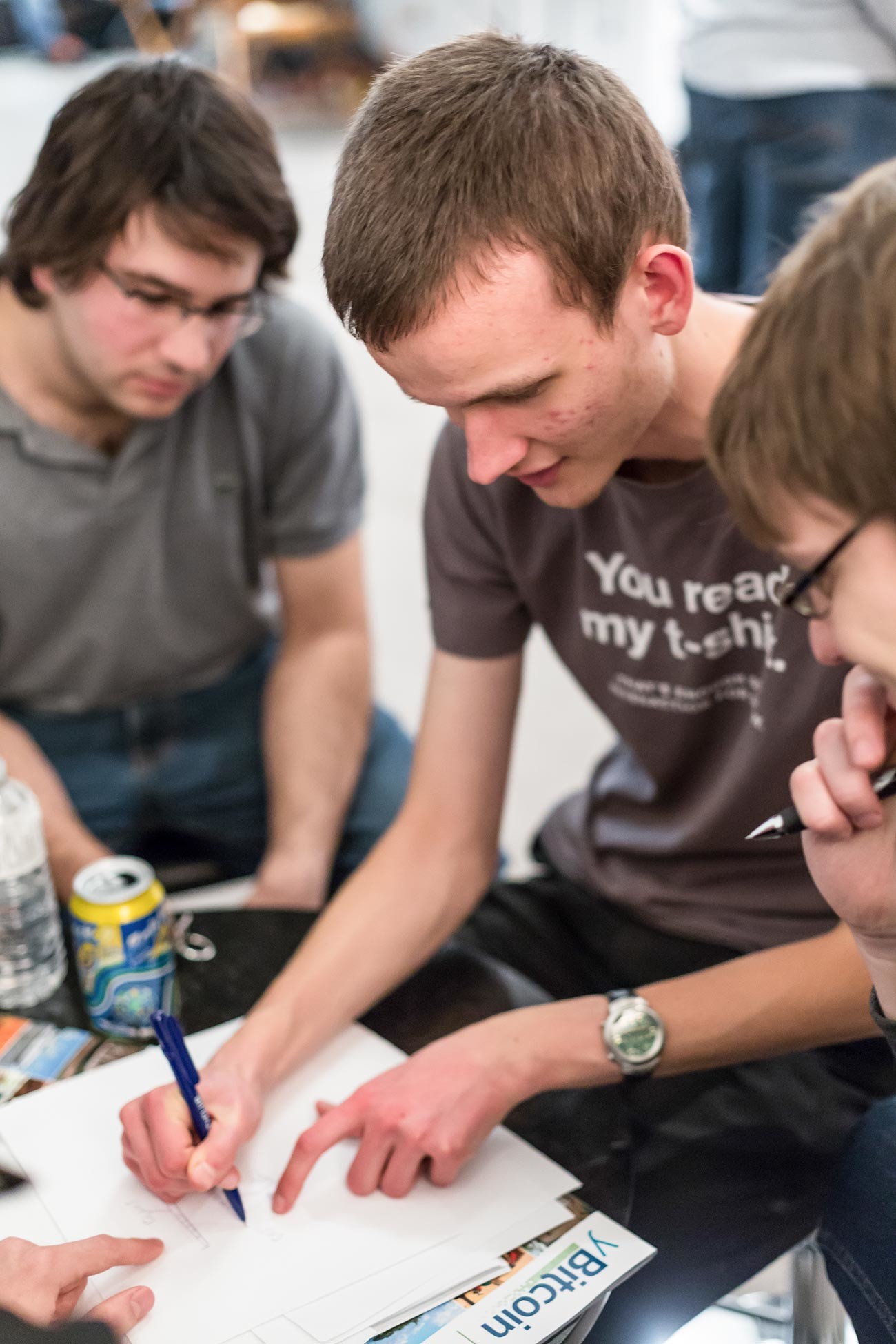 “My biggest fear was that if I didn’t publish anything, someone else would come up with it and no one would know I’d thought of it first. For me, being first is much more important than money,” said Buterin.

Ethereum is essentially a single system allowing users to create apps and make transactions without intermediaries. For example, it is possible to create cryptocurrency wallets and upload files to the blockchain, where they won’t be lost and can’t be edited unilaterally. It also allows users to create apps for the sale or purchase of financial assets, develop games and social networks, hold secure online voting and so on. 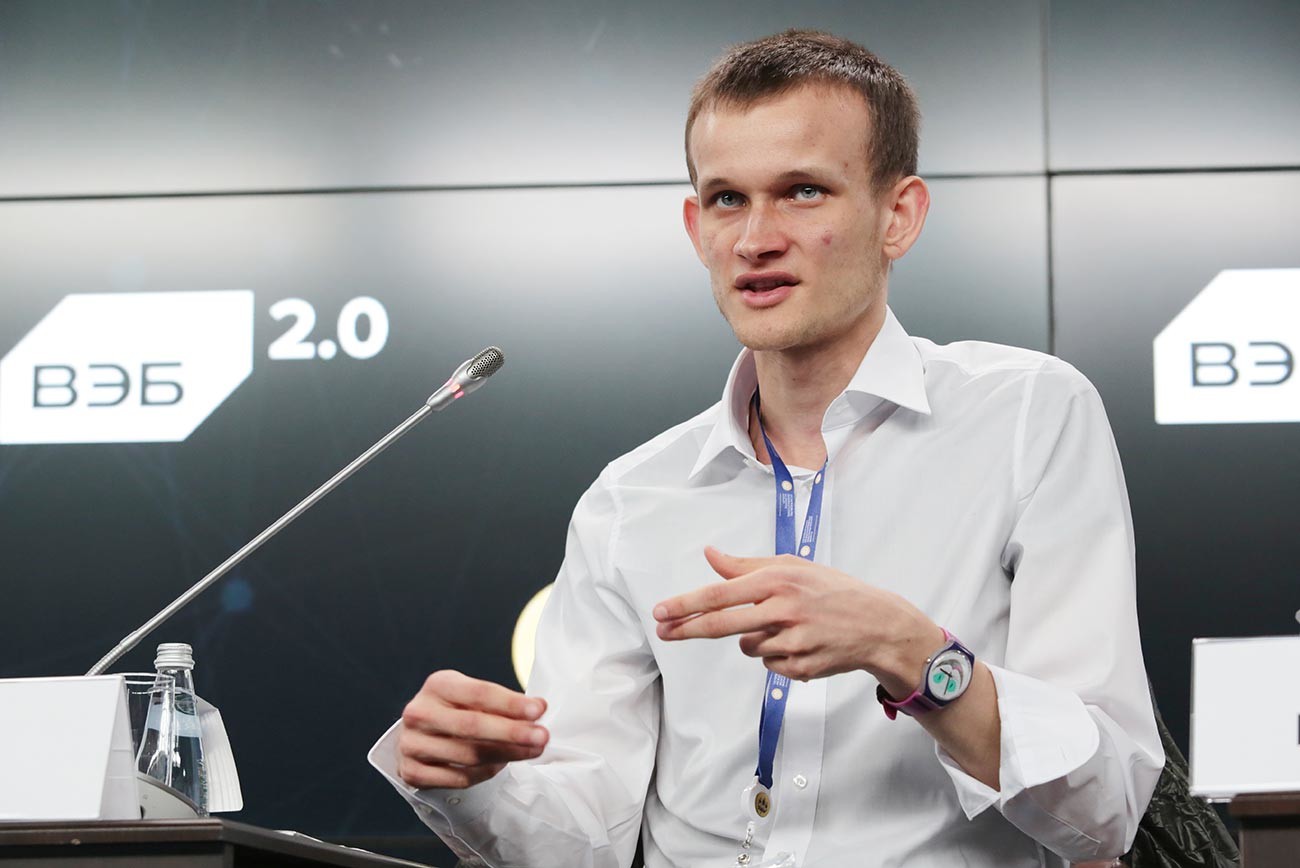 Ethereum could only be bought with Bitcoin: for one Bitcoin, a new user received 2,000 Ethers. After 42 days of trading, Ethereum had sold 31,000 BTC worth of Ether, or $18.4 million, according to the Eyerys website.

“The interest was something real. It wasn’t people just saying stuff. That gave me a feeling of both pride and responsibility,” Buterin told Eyerys.

Major companies, such as IBM, Goldman Sachs, JP Morgan and others began to work with the system. In March 2016, the project’s capitalization hit $1 billion. That same year, based on the Ethereum platform, programmer Christoph Jentzsch created the Decentralized Autonomous Organization (DAO) blockchain project, an autonomous investment fund, which raked in $150 million. 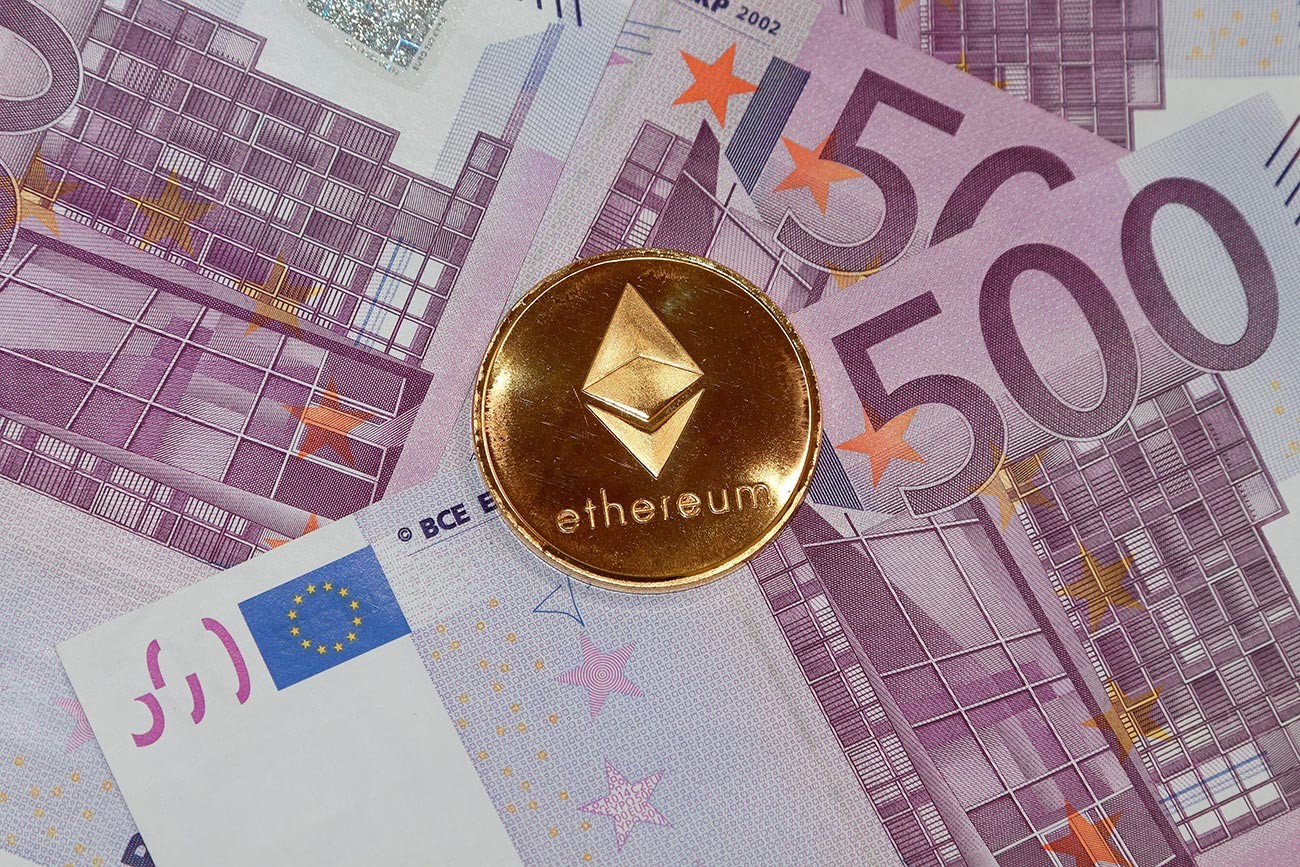 However, hackers found a loophole in the project source code and stole coins worth around $44 million. They were never found. Meanwhile, Ethereum froze all the stolen Ethers and rolled back the blockchain to before the hack, which effectively devalued the stolen coins. DAO was excluded from the system, and Buterin rewrote the blockchain source code to return the coins to the investors and rebooted the system.

All users of the updated system received “new” Ethers — copies of the old coins, but working with the new software. Some users took exception to this: in their opinion, the blame lay squarely with DAO, not some hacker who simply took advantage of a loophole in the source code. In protest, they created their own Ethereum Classic cryptocurrency based on the old version of Buterin’s blockchain (which still exists and was worth $92 per coin at the time of writing).

In June 2017, an anonymous user posted information on the 4chan website about Buterin’s alleged death, adding that anonymous insiders were selling off Ether. The price dropped sharply from $304 to $284 in one hour. A few hours later, Buterin tweeted a photo of one of his most recent transactions in the system, after which the Ethereum price recovered.

“I keep busy learning something new or doing geeky things like improving my German. As for easy stuff, I like going for walks,” Vitaly lets on. 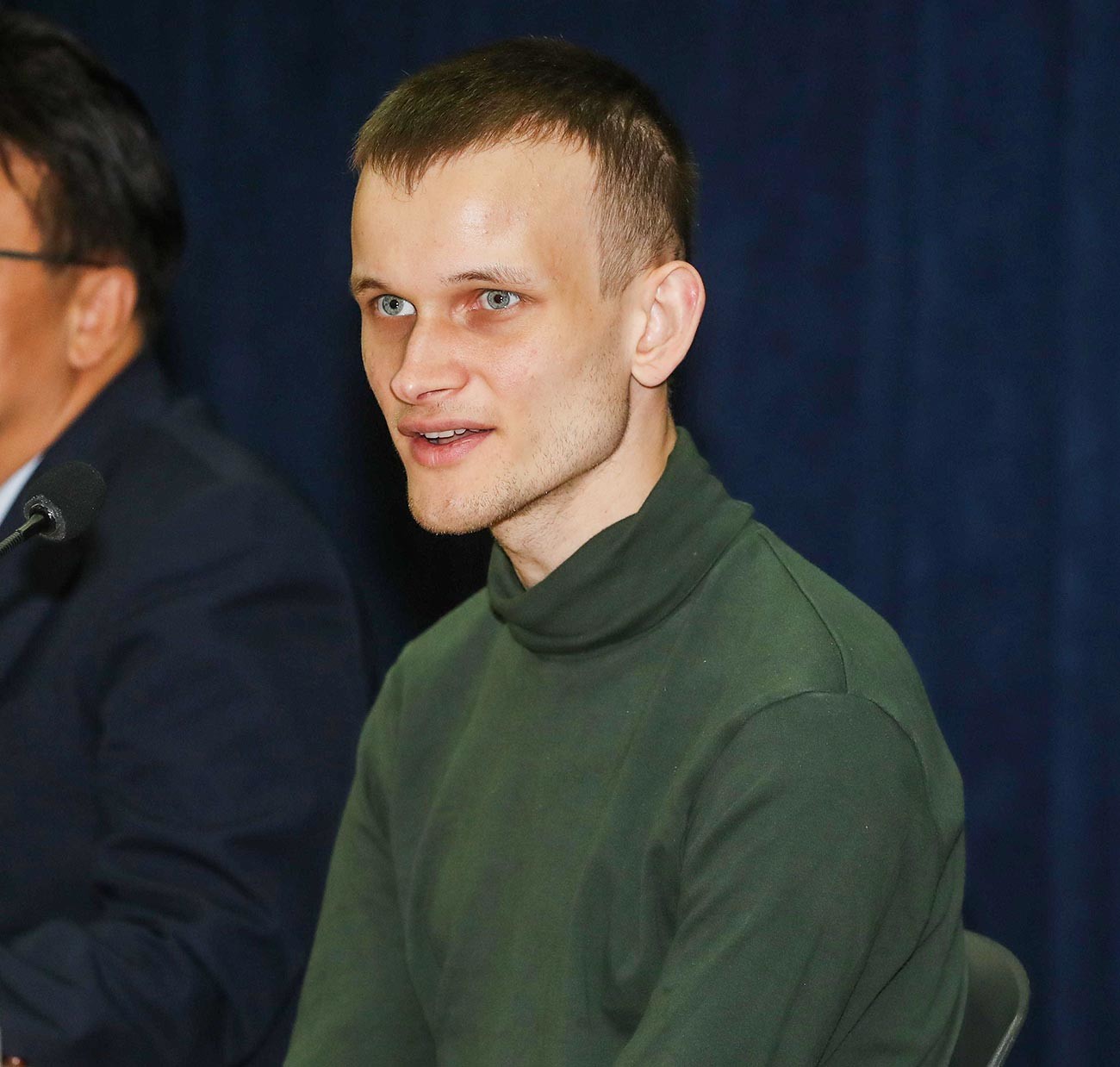 In 2017, Buterin donated $2.4 million to the SENS Research Foundation, an anti-aging organization.

At the end of April 2021, the European Investment Bank (EIB) announced its first ever digital bond issuance, worth €100 million; with its chosen blockchain platform Ethereum. On the back of this news, the price of one Ether climbed from $2,500 to $3,400. With 333,520 ethers, Vitalik’s fortune was estimated at $1.09 billion, prompting Forbes to name him the youngest crypto-billionaire in the world. 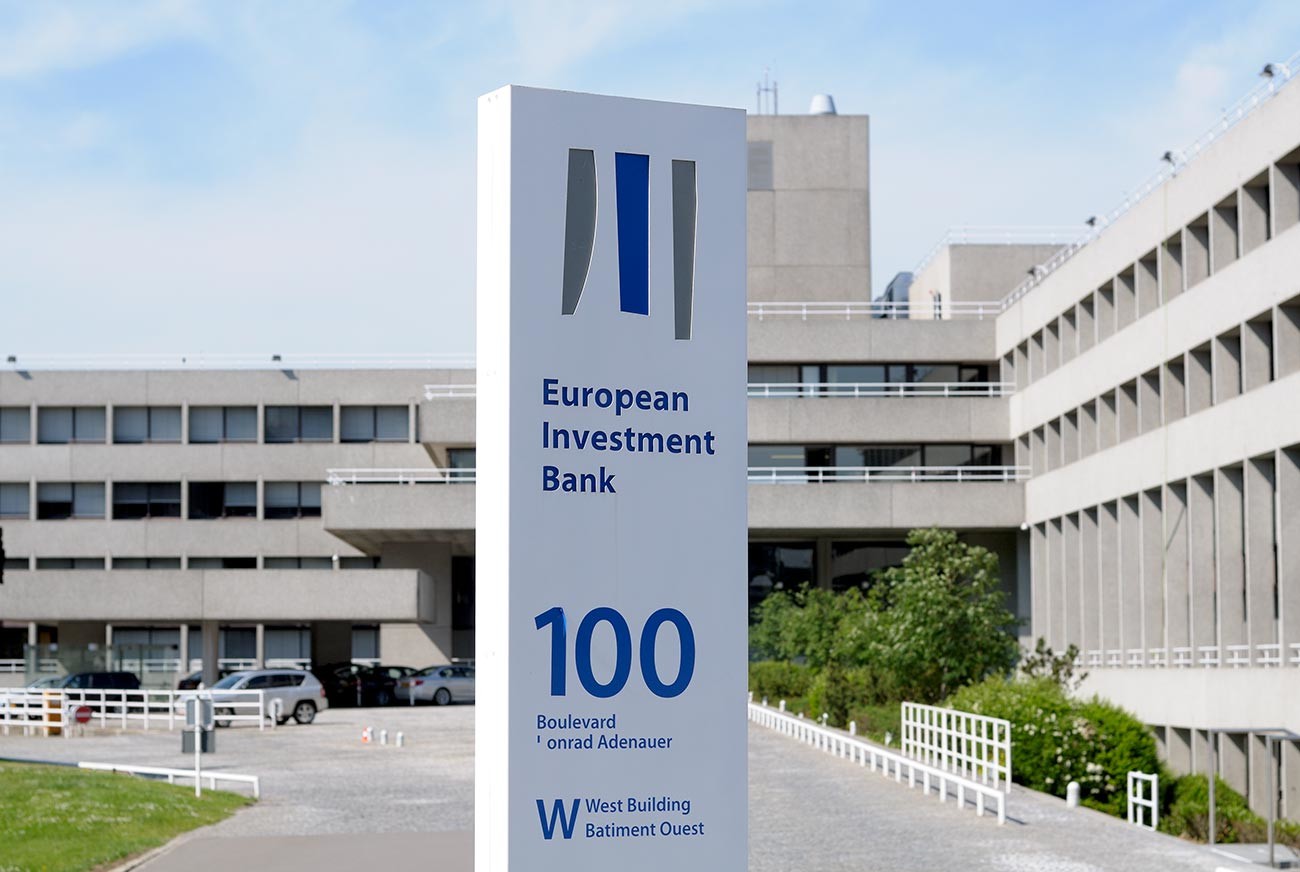 Buterin holds a huge amount of other cryptocurrencies, too, as can be seen from his recent charitable activity. On May 14, 2021, he donated $1.14 billion to the India Covid Relief Fund, mostly in the form of 50 trillion Shibu Inu meme coins, writes Forbes. On top of that, he gave around $400 million in cryptocurrency to the Methuselah Foundation, which researches tissue engineering and regenerative medicine, as well as Givewell, which oversees charitable foundations worldwide.

In his view, blockchain is the future. He envisages the technology improving the quality of life in many countries. 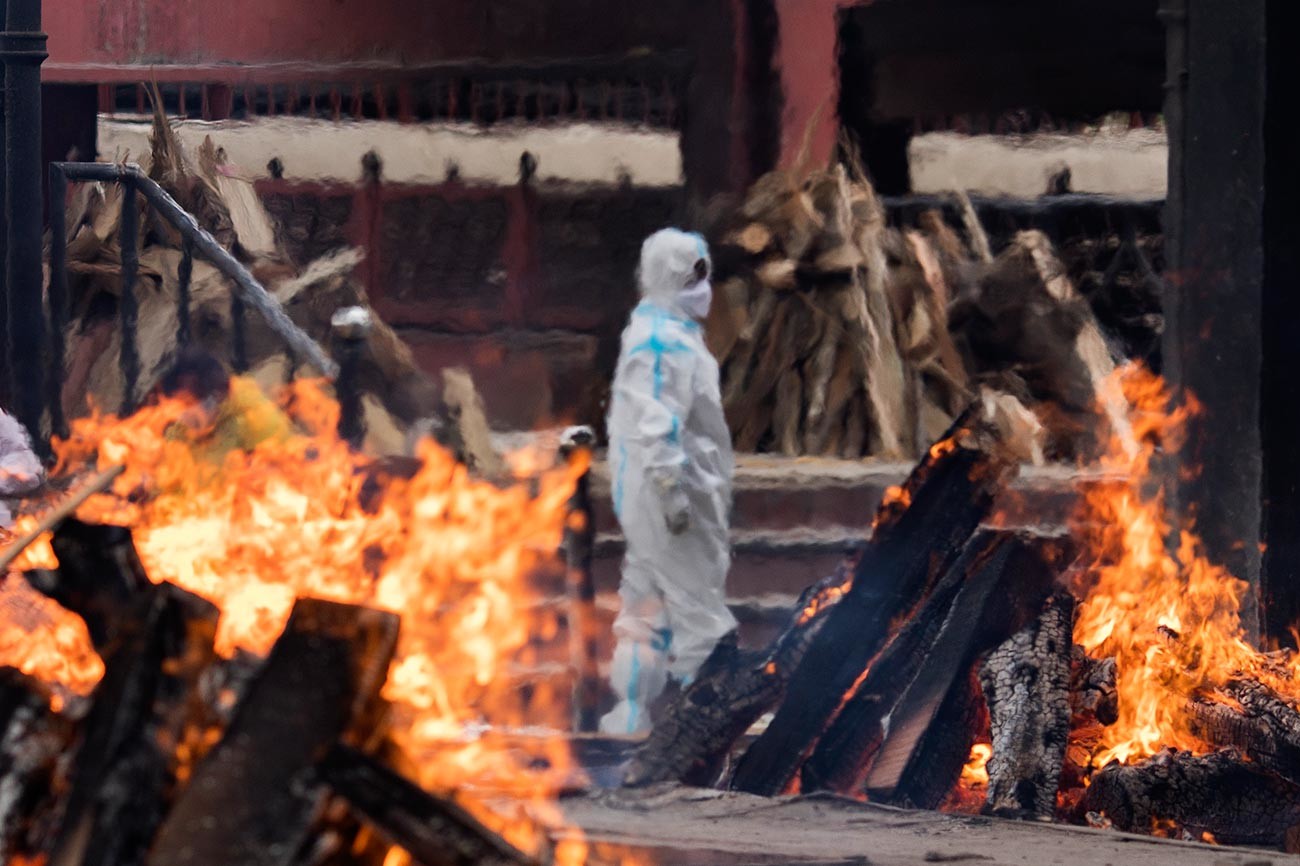 A man wearing PPE (Personal Protection Equipment) performs the last rites to his relative who died of the Covid-19 coronavirus disease at a crematorium on April 20, 2021 in New Delhi, India.

“At the same time, I see cryptocurrency as a kind of moral project. If the only concern is capitalization and creating an expensive token to get rich, the project will not succeed in the long run. There are many projects that have raised hundreds of millions of dollars from venture capital funds. But hundreds of millions of dollars won’t buy you a soul,” muses Vitaly in an interview with Inc. Russia.