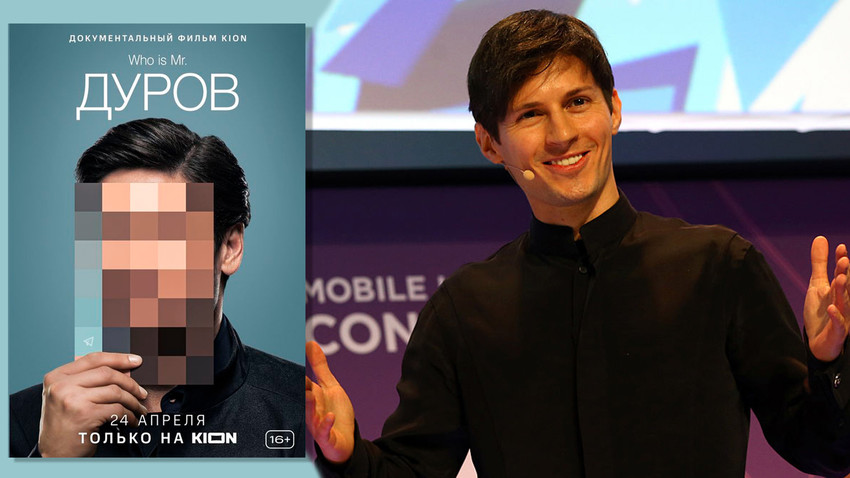 AOP.Press/Corbis via Getty Images; Rodion Chepel / Kion Originals, 2021
The maker of the documentary film ‘Durov’ spoke to the Russian entrepreneur’s acquaintances and colleagues and found out new details about the founder of the VKontakte social networking site and the Telegram messaging service. Some of them have never appeared in open sources before.

The film Durov by Rodion Chepel had its premiere at the Moscow International Film Festival. It deals with the key milestones in the life of Pavel Durov, the IT billionaire who fled Russia.

Much of what the biopic covers is already known from earlier biographies of Durov: his university years as a philology student, his relations with his fellow students, his founding of a closed social network for students that would later become the country’s most popular social network and his loss of control over it, his quarrel with his partners and his clash with Russian authorities, his emigration and the failed launch of the controversial TON blockchain platform. 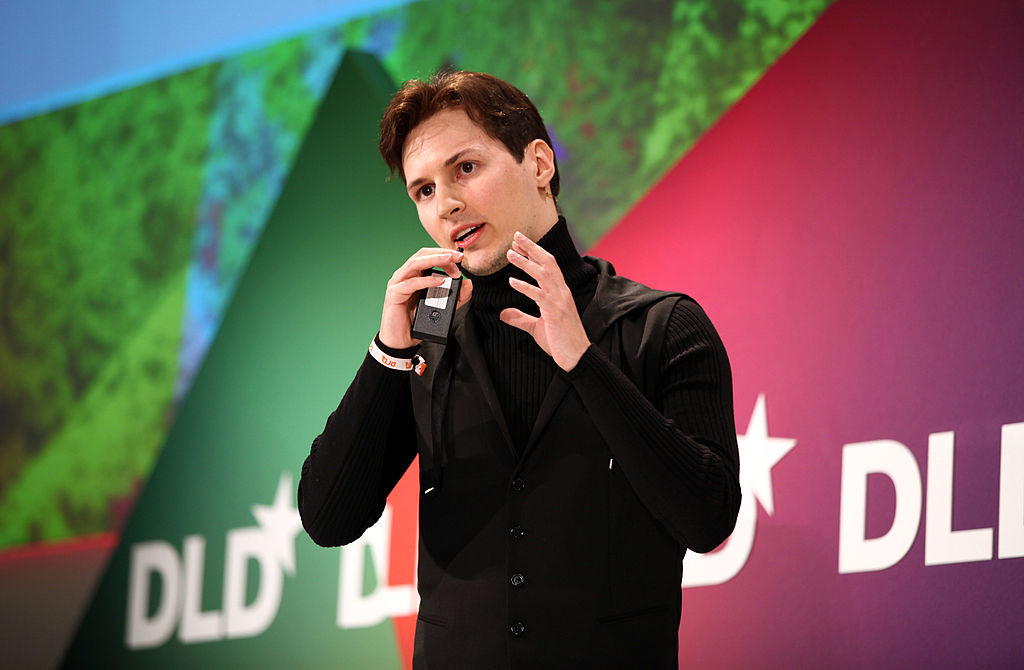 But the film has also provided some new revelations about Durov, as told by the colleagues, acquaintances, classmates and teachers of the secretive entrepreneur. Durov himself has given no interviews for years and refuses to talk to journalists.

Chepel’s documentary is no exception to the rule. In the film, Durov is present only via archive footage: “Pavel has such a desire not to be associated with Russia that he refused to be featured in this film intended for Russian-speaking audiences,” says the director, who in mid-April flew to Dubai to show the film to Durov in order not to “cause him any trouble” by releasing it. “Pavel fully accepted what he saw, even though it contained things that he hasn’t revealed about himself,” says Chepel.

You can watch Durov on the Kion video streaming platform, but only in Russian.

We’ve put together the most interesting parts.

1. He described himself as an ‘internet totem’ when still at school

According to established tradition, after their school prom, all school leavers would go to their class tutor’s home for tea to say their goodbyes and, in front of a video camera, talk about how they imagined themselves in 10 years time. 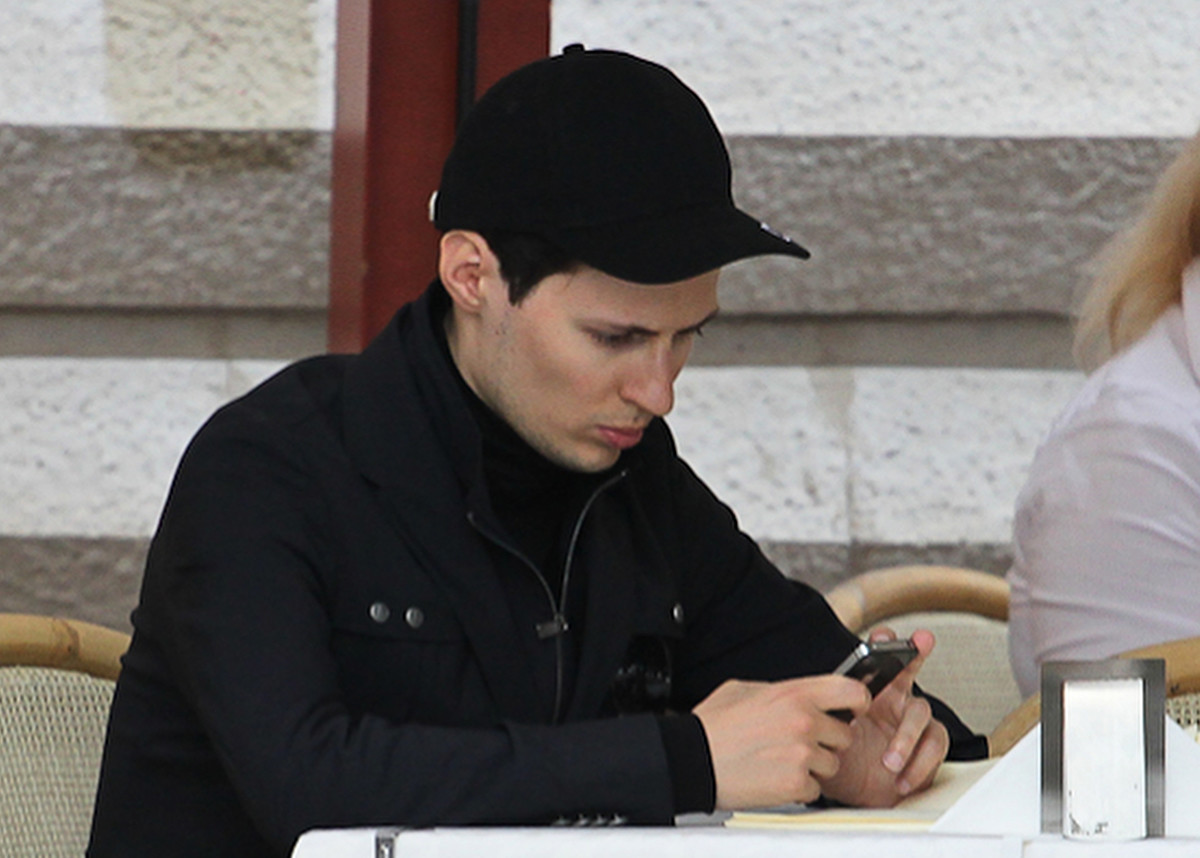 “Pavel refused for a long time, but then he was made to sit down and told: ‘you say something, too’ and he muttered something not very intelligible. He said: ‘I'm going to be an internet totem.’ It seemed a completely incomprehensible juxtaposition of words - nobody paid any attention, but I just remembered them and, incredibly, this is what he has done,” says Durov’s schoolteacher Georgy Mednikov.

2. Durov was married and has two children

Durov met his wife Daria Bondarenko when he was a student. She was attending the same university and was responsible for student news on behalf of the Student Council.

“The [student] newspaper was called Studen and Dasha [short for Daria] was its editor-in-chief. Durov was 19 and already losing his hair,” says Maksim Petrenchuk, a fellow student of Durov’s. Daria “was a classic type of Russian girl and had what is known as a Russian face and a fine, ample Russian bosom”. According to Petrenchuk, one day Dasha put on a low-cut dress, went to Durov and said: “Pavel Valeryevich, you are such a genius, you are such a talented and admirable man. Would you be so kind as to give me an interview?” Also, she asked Durov to remove Petrenchuk from the post of moderator of the student forum because he “raises controversial topics” and “discusses lecturers”. 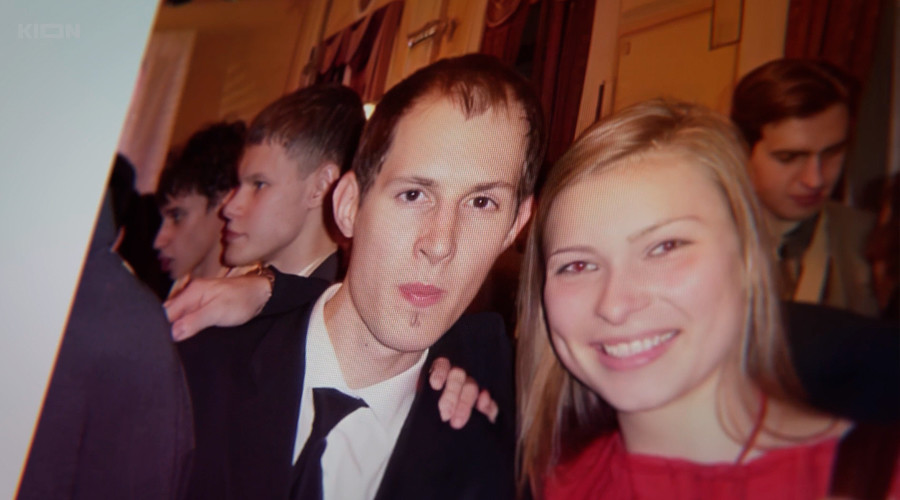 “Pavel Valeryevich didn’t take long to think about it and simply wrote to me as follows: ‘Maksim, in the current times, our party has decided to remove you from this post’,” recalls Petrenchuk. He added that, in public, Durov, when in the company of Daria, behaved as if he was trying to say: “Look at me, I’ve got a girlfriend.” “On the one hand, it was a demonstration of a kind of arrogance on Durov’s part and, on the other, it was obvious that he fretted too much about what others thought of him,” Petrenchuk said.

According to the film, Durov and Daria Bondarenko were married and have two children, but have since divorced. 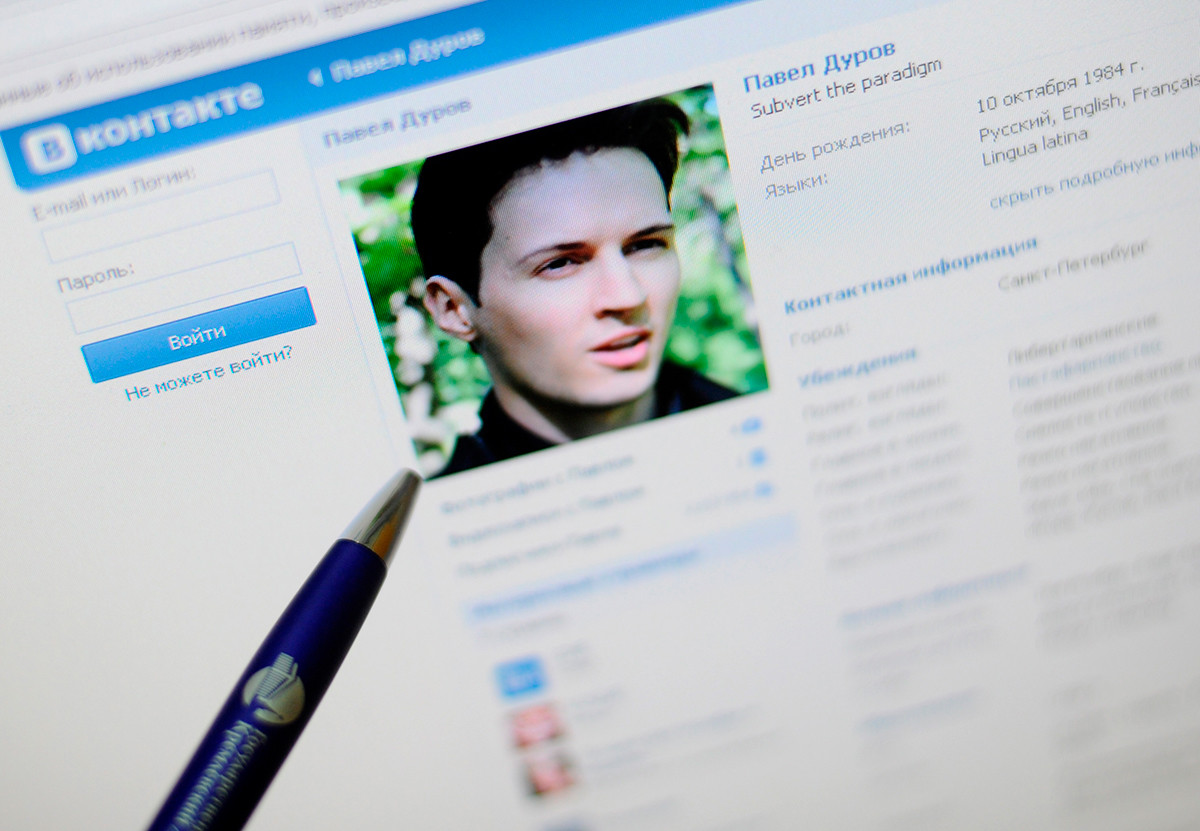 According to schoolteacher Mednikov, Pavel stood out among his other classmates. “There were a number of sides to his character that not all his fellow pupils liked. He was on difficult terms with part of the class. He was concerned with the grades he was awarded - he had a very developed sense of ambition.” In the Academic Gymnasium, to enter which there were 7-8 applicants for each place, he “was intent” on a medal, but it was impossible to excel in all subjects, because of the extreme workload. That is why, in the words of the author of the film, Durov cheated where he could. There is no photograph of Durov in the school alumni album. “He seems to have had an unhealthy preoccupation with privacy,” according to Durov’s classmate, Dmitry Mironov.

4. Cultivation of a macho personality for the sake of the project 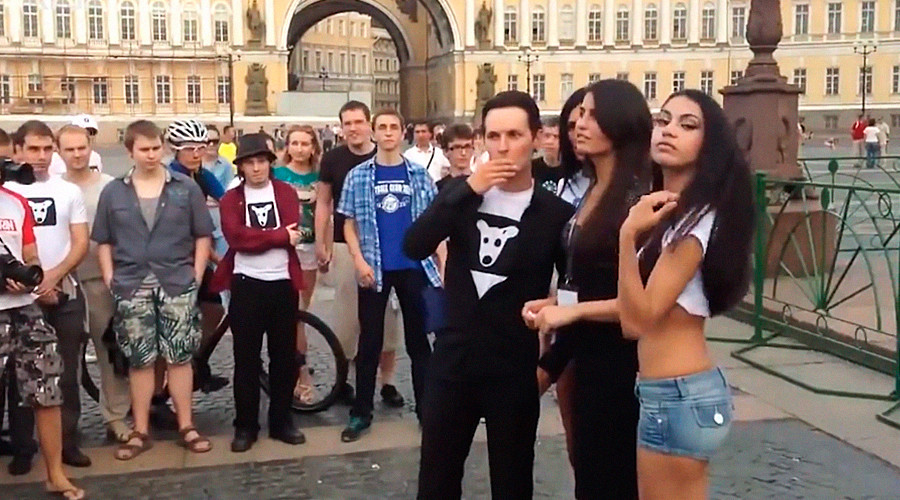 In the years immediately after VKontakte was set up, acquaintances started noting “curious peculiarities” in Durov. “He was always adding strippers to his circle of friends - all sorts of models and escorts. Durov tried to create a kind of macho image. His calculation was that, being in an IT environment, he was surrounded by programmers. And, in those days, a programmer was just a nerd. And, at some point, this nerd would see the fine spectacle of Durov surrounded by his nymphs and decide to expand their aptitudes and ideas on VKontakte,” Petrenchuk says.

5. Decision to emigrate after a visit from OMON special police squad 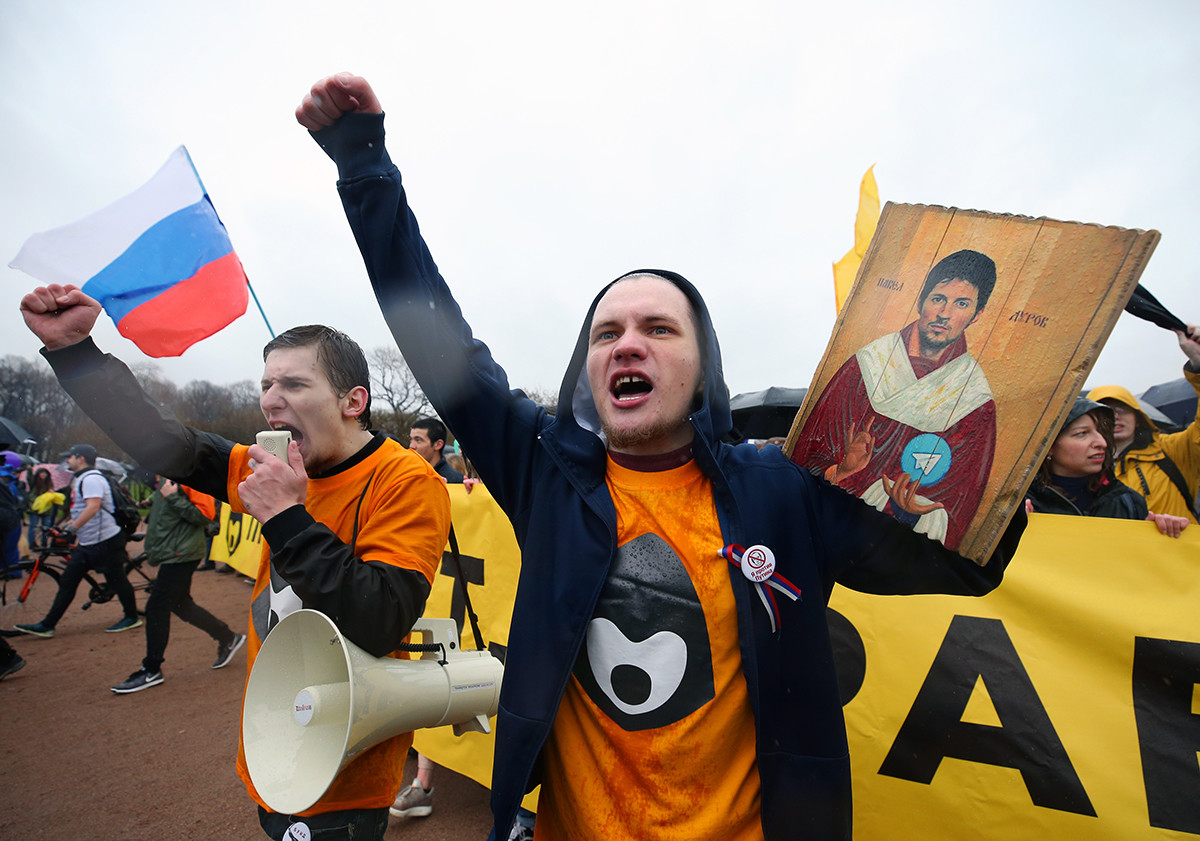 In early December 2011, mass protests started in Russia in the wake of State Duma elections. The rallies were principally organized and directed through private opposition groups on VKontakte. Federal Security Service (FSB) officials asked the management of the social networking service to block these groups, but Durov refused.

On December 11, members of an OMON squad knocked on the door of Durov’s apartment in St. Petersburg. There are no details in the film about this visit by security forces, but it is asserted that it was at this moment that Durov realized he would no longer work for VKontakte or live in Russia. On that day, he reflected on the necessity of having a secure channel of communication with his elder brother, Nikolai, one of the main developers of VKontakte, who had created the whole “engine” of the social media service. Three years later, Durov would indeed quit the company, leave Russia and launch Telegram. 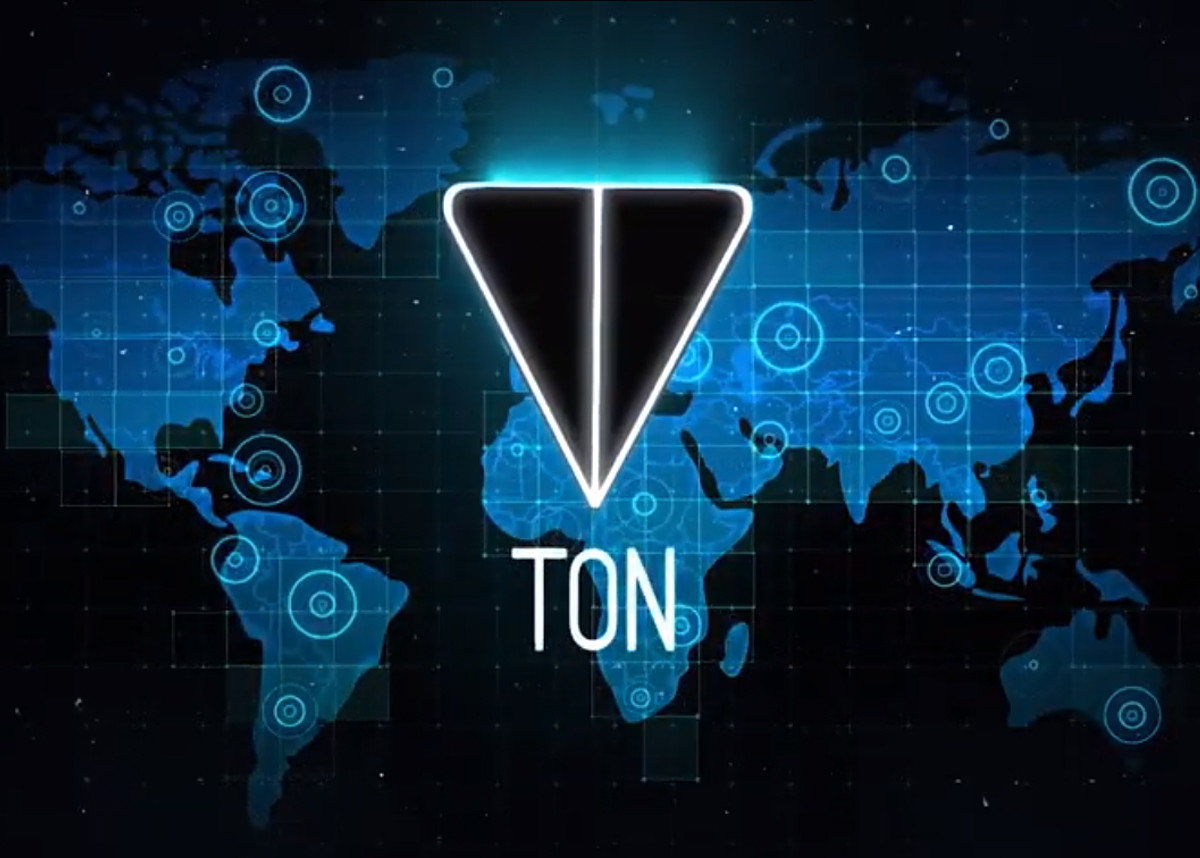 Nikolai Durov is even more secretive than his famous brother. He has never been seen talking to the press. “Nikolai played one of the most crucial roles - perhaps even the most crucial. He was the mastermind of the blockchain platform and in large measure infected Pavel with the idea,” according to Telegram Vice President Ilya Perekopsky.

The latter says that “all the investors in the world” wanted to put their money into TON. “It wasn’t even a case of getting hold of the money, but picking who to take the money from,” he said. By October 2019, the U.S. Securities and Exchange Commission (SEC) had opened a lawsuit against Telegram, which spelled the end of the project, even though TON was ready for launch. In the film, venture fund investor Pavel Cherkashin, who sank money into the launch of TON, calls it a racket, alleging that the money went into boosting Durov’s personal brand and describes the Telegram team as top-class swindlers. Perekopsky says the problem was that the regulators simply weren’t in agreement with their view of the world. 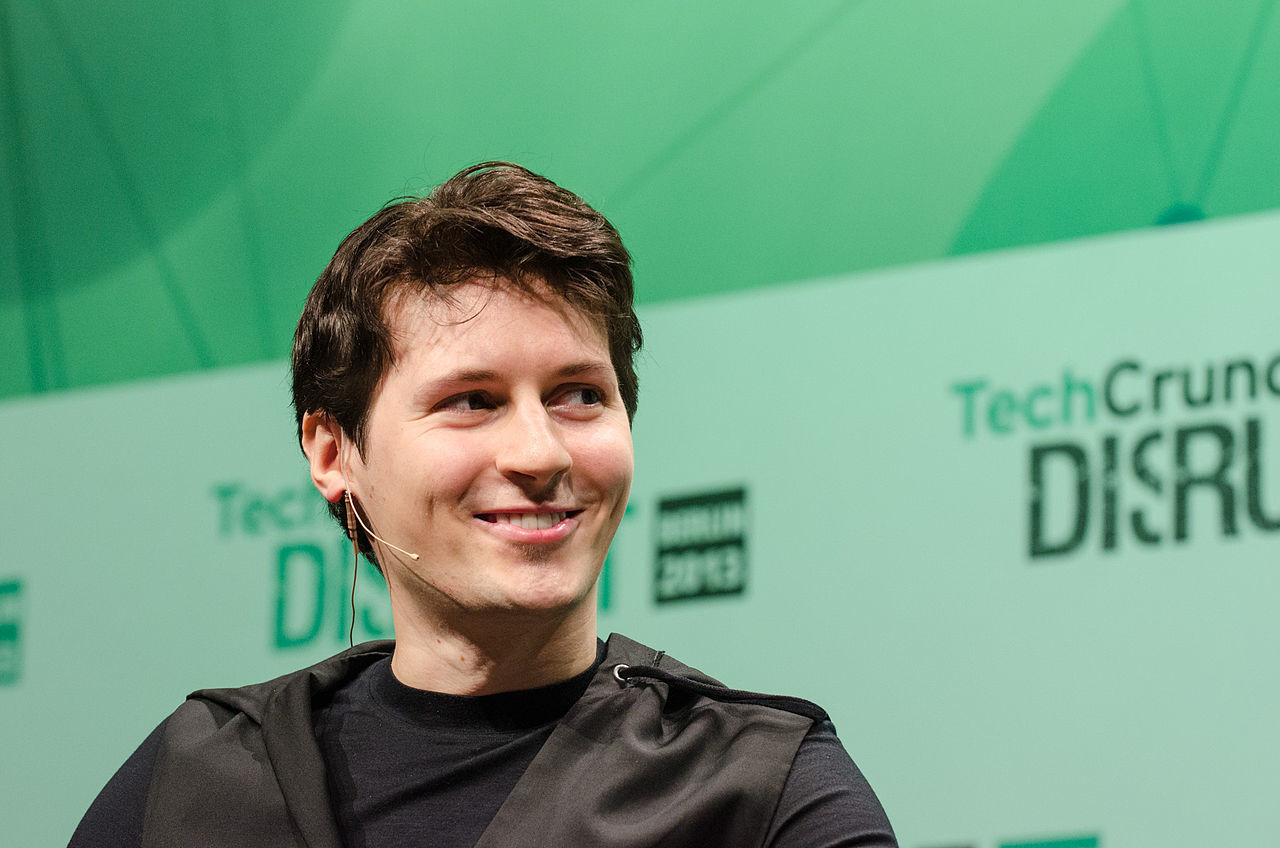 In 2018, Russian media and telecommunications regulator Roskomnadzor started blocking Telegram on Russian territory. The reason was the refusal by the management of the service to provide special services with the encryption keys needed to view communications among its users, as required under Russian law. In order to get round the restrictions, the messaging service massively increased the number of its IP addresses (the service providers attempted to block them) - from 8,000 to 15.5 million. The lease of a single IP address cost somewhere in the region of $0.05 per hour. Thus, the company must have been spending something like $75,000 an hour on this, according to calculations made by Vadim Ampelonsky , the former Roskomnadzor press secretary.

8. He wanted to found the first private school in Russia 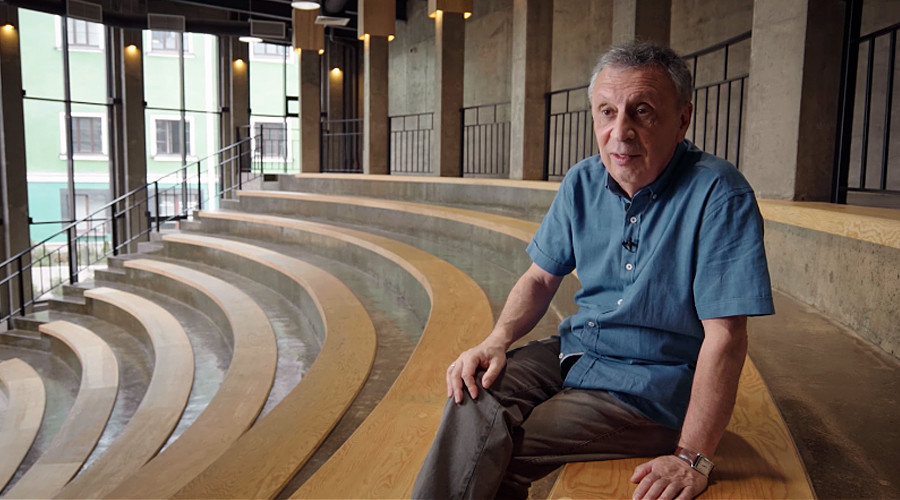 In 2011, at a meeting of alumni, Durov proposed to Georgy Mednikov that they open “the first genuinely private school” in Russia. “My children are still small, but they will have to go to school somewhere. I’d like to set up a very good school similar to the one I went to. I don’t want the school to take a single kopeck from the state or from parents. I want it to be the first and perhaps the only truly private school in this country. A school with a board of directors, which can be run on the interest from its own deposited assets,” Durov’s teacher recounts. Subsequently, Durov “encountered very serious problems” and the project had to be shelved.